You are here:
Home / FFXIV maintenance schedule: How long are FFXIV servers down today?

FFXIV maintenance schedule: How long are FFXIV servers down today? 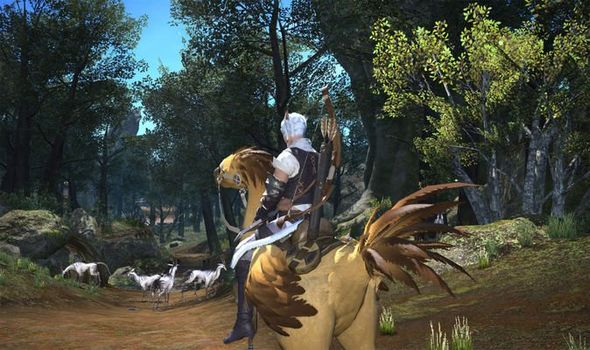 UPDATE: The FFXIV maintenance has begun, and the game is scheduled to be down for most of the morning in the UK.

From what has been shared so far by Square Enix, today’s FFXIV servers could be down until 11am BST, with nine hours of downtime planned.

ORIGINAL: Server issues have been affecting FFXIV following its jump in popularity and now Square Enix is taking measures to improve the Final Fantasy 14 experience.

That’s without mentioning plans to release the ambitious new Endwalker expansion later this year, which is sure to bring back a lot of players to the FFXIV servers.

The only downside to these planned improvements is it means Final Fantasy 14 maintenance, which is scheduled to run across all worlds and affect large platforms like Steam.

It also means hours of downtime for servers, leaving gamers unable to play for most of the morning in the UK.

HOW LONG ARE FFXIV SERVERS DOWN TODAY?

Square Enix has confirmed that FFXIV maintenance has been arranged for Tuesday, August 24 in the UK, which will start at 2am BST.

In North America, the same Final Fantasy server downtime will start at 6pm PDT on August 23, 2021.

The big news is that Final Fantasy 14 servers are down for nine hours, meaning a lengthy period in offline mode.

Square Enix will be bringing FFXIV servers back online at around 11am BST but as always, there could be changes and delays announced.

The official news shared by the FFXIV support team explains: “In order to implement Patch 5.58 HotFixes and to conduct maintenance on the infrastructure, we will be performing maintenance on all Worlds, during which FINAL FANTASY XIV will be unavailable.

“We apologize for any inconvenience this may cause, and we thank you for your understanding.

“The Home World Transfer Service will be suspended 30 minutes before maintenance begins, and will be unavailable until maintenance has ended.

“Certain features in the FINAL FANTASY XIV Companion app will be unavailable until maintenance has ended.

As noted above, this week’s FFXIV will end with a new patch that will need to be downloaded before you can check out all the changes made during maintenance.

And soon after, another Final Fantasy 14 event is scheduled to start, with the Rising set to begin on August 27.

This will add a new quest to complete, items to unlock and a special effect to add to your collection.

The Rising will conclude in September and Square Enix has confirmed that they will be hosting a livestream as part of the event launch.

This is also the same day that a stress test will be conducted, with the Final Fantasy support team informing fans this week:

“In preparation for the release of Endwalker, we will be performing a stress test on the Mana Data Center on Friday, August 27 to verify server stability with the Duty Finder and the overall data centre.

“As this type of test requires the participation of numerous player-controlled characters, we would like to request the assistance of players from the Mana Data Center.

“Please note that this stress test will not be performed on the North American and European data centres as we have already obtained sufficient data alongside the high levels of activity in recent weeks.”