You are here:
Home / Far Cry New Dawn: The Prophecy – Align The Amulet

For a series as off the wall and open-ended as the Far Cry games are, it isn’t often that you’ll encounter a puzzle that puts a sudden halt to your chaotic rampages. That’s exactly what happens in the latest game in the series, Far Cry New Dawn, when you reach the mission The Prophecy and need to align the amulet at several locations. This is part of the main campaign, so there’s no getting around this annoying puzzle, but it can be made much easier with the help of this guide.

New Dawn – Draw Out The Amulet 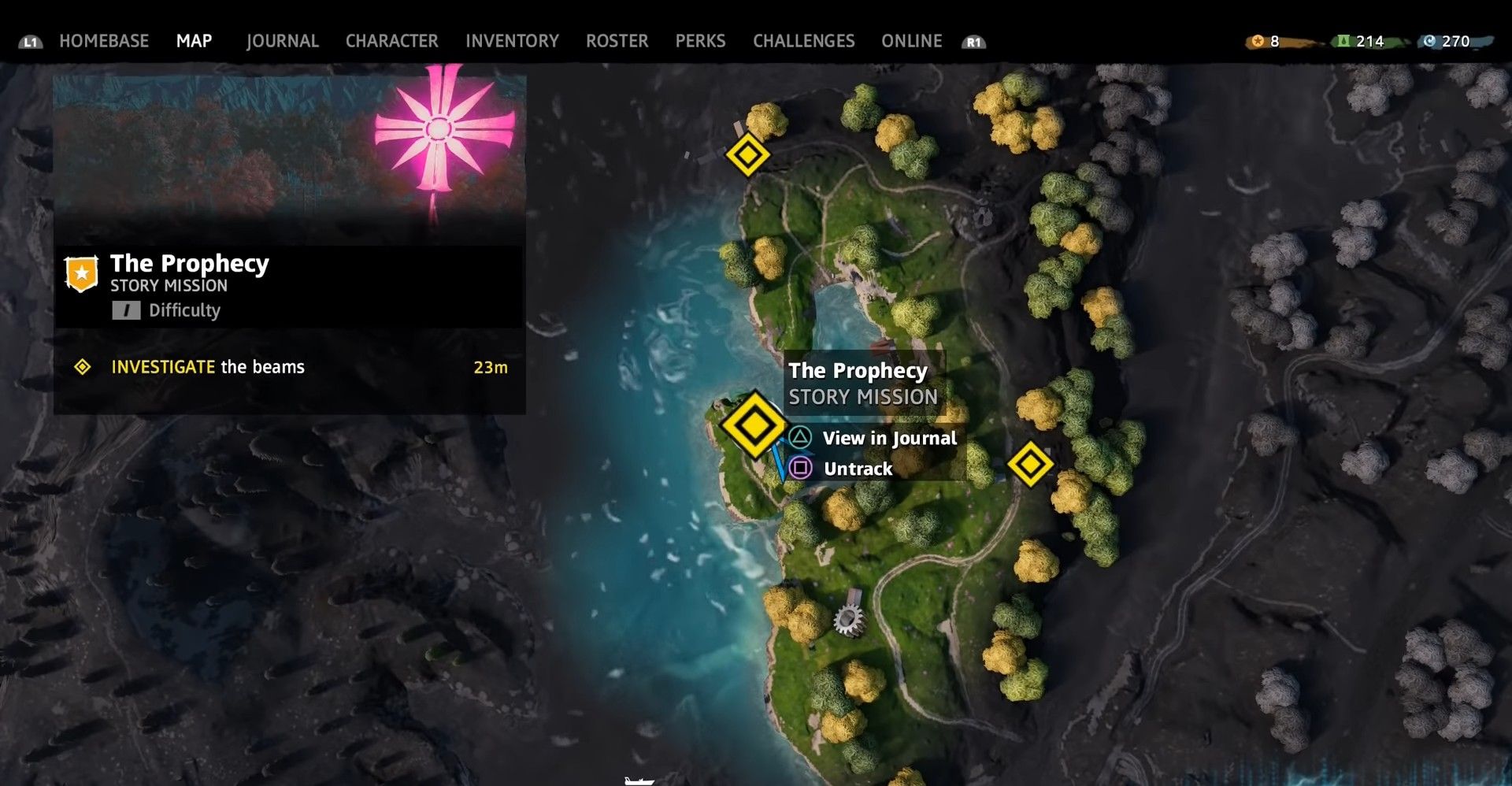 This mission will send you back to Eden’s Gate, the compound where Joseph Seed’s cult lived in Far Cry 5, to try and get help. You’ll ultimately be turned away by the guards and instructed to go to an island marked on your map to investigate a cross and then a series of beams. By interacting with the cross you’ll see a vision of Joseph Seed and given one piece of the Eden’s Gate amulet. You will be able to hold up this amulet by holding up on the D-pad.

The puzzle itself asks you to hold up the piece of the amulet you picked up at the precise angle to line up with the glowing marks in the environment to create the symbol. You’ll need to manipulate the environment, as well as find the right vantage point, to solve each puzzle. The little monologue Joseph gives at each location also provides clues for how to solve each area as well.

Far Cry New Dawn – How To Align The Amulet 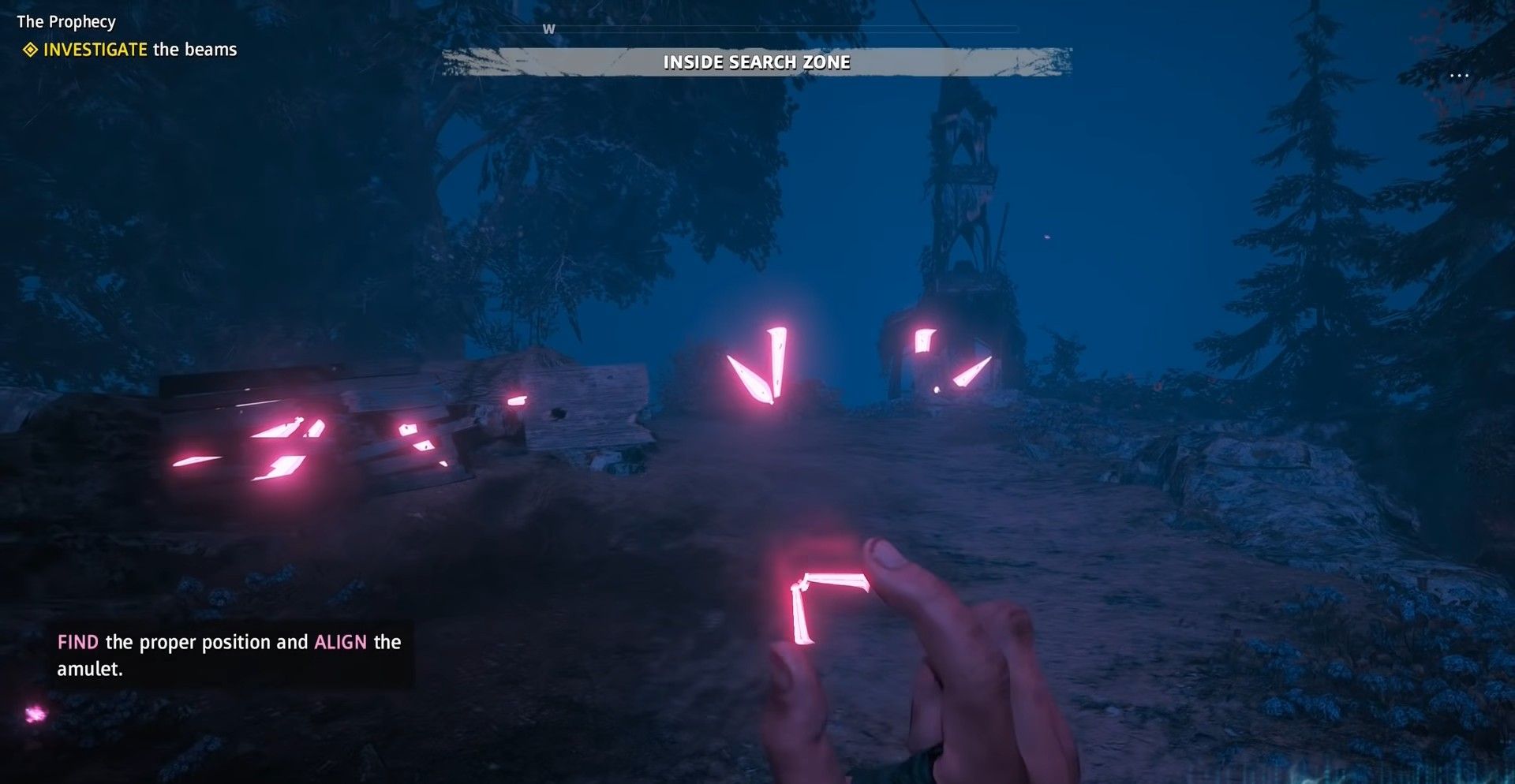 The first puzzle is very straight forward. All the pieces of the symbol will be in front of you, but the ones on the rocks just to your left, and one on the windmill, will be partially covered by some boards. Just smash them away, back up to a conveniently placed glowing pink lamp, and hold up your piece of the amulet to align the symbol. 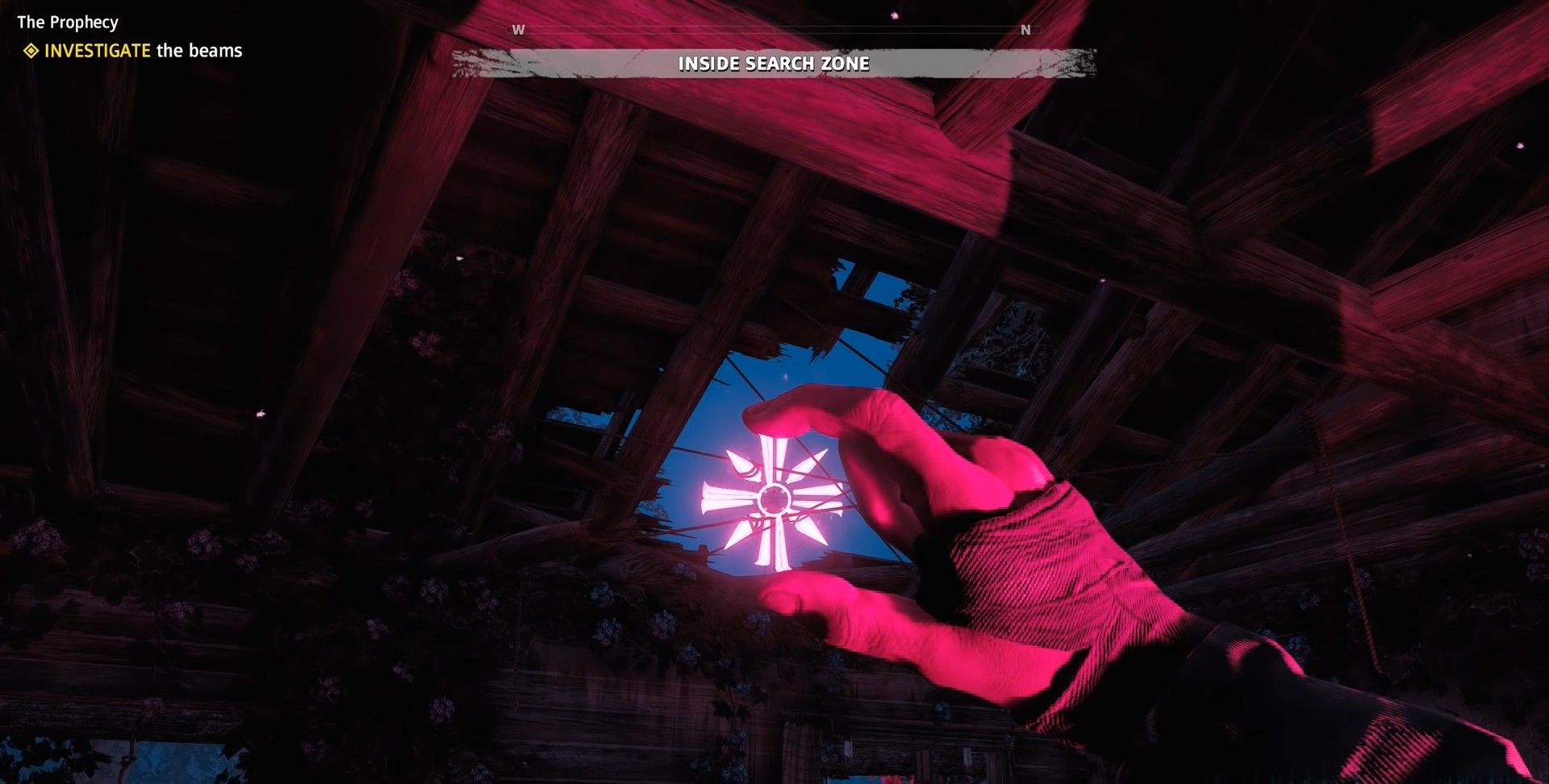 Follow the waypoint to the next beam and pick up the next gate symbol piece. The floating purple markers will be up on the windmill structure ahead of you, but you’ll first need to pull the rope dangling in front of you six times to spin the lines into position. Holding your amulet up from the same spot will complete the symbol.

Now you will need to go into the cabin just behind you and to the back desk behind another pink lamp. Look up and out a hole in the roof with the amulet and align the symbol one more time. 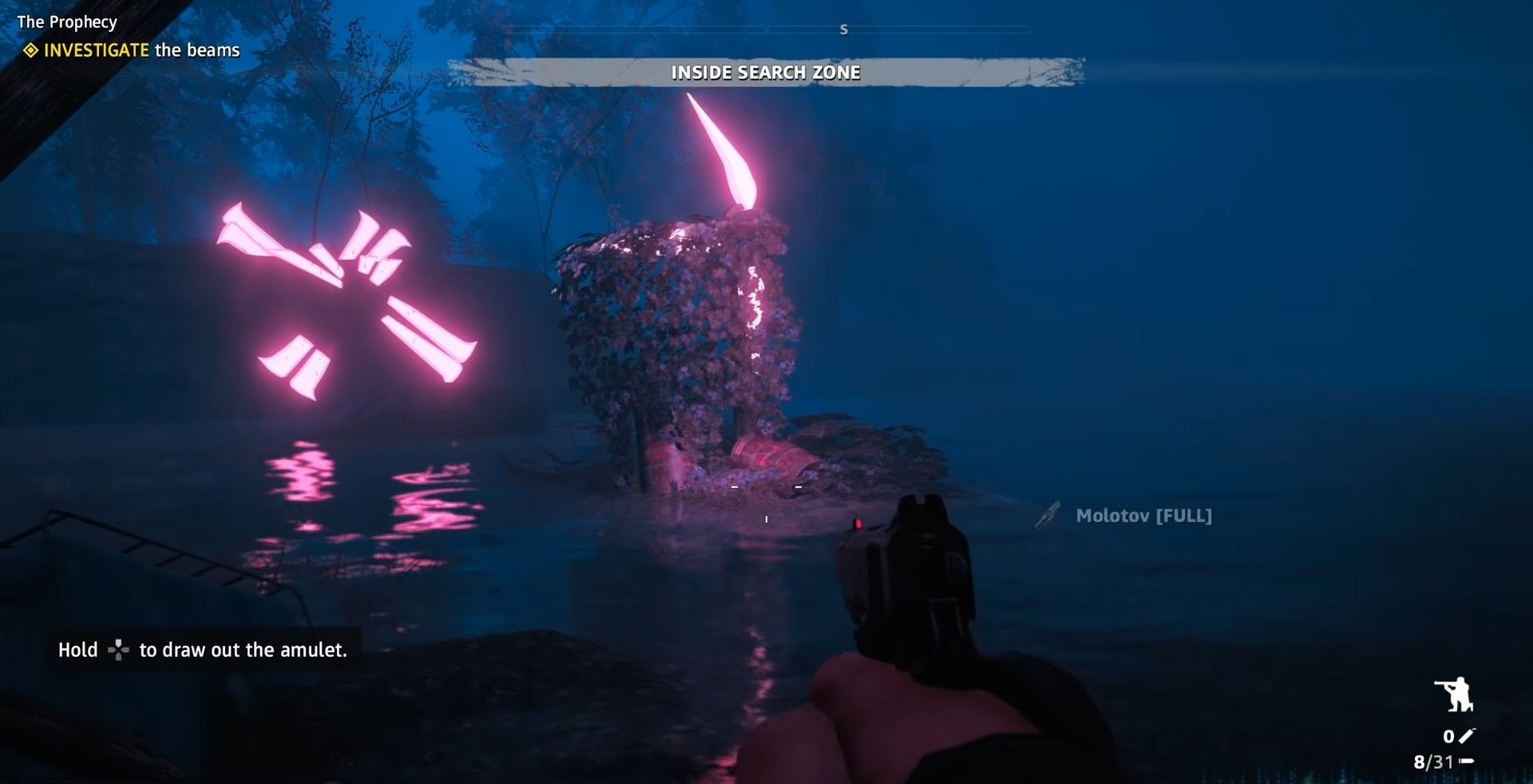 Once you reach the next beam, you will automatically pick up several molotovs if you weren’t already full. You can either throw one at the overgrown symbol in the water to your right or just shoot the explosive barrels to clear up the pink symbol parts. Line them all up from the back of the dock on the broken section under the pink lamp.

All that’s left to do is follow a few objective markers to a cross, down a path, into a bunker to collect the book, and exit to complete the mission.