You are here:
Home / Fallout Fans Are Upscaling Classic Sprites With AI And It’s Mostly Accurate

If you're a fan of Fallout now, you're probably used to the 3D models with mostly-realistic faces, but once upon a time, they were pixelated 2D sprites walking around an isometric wasteland. If you zoomed in too closely, you'd get a big blur with little detail, but fans are now running them through AI to see what they might really look like.

Mostly, you could use your imagination to fill in the blanks – a big burly guy in a suit with a fedora, a scientist in a lab coat, or a monk in brown robes are all easy to visualise beyond the pixels, but it's interesting nonetheless to see them in more detail all these years later.

Given how some of the outfits are fairly simple, like dresses and purple robes, the upscale works fairly well. But now they're given faces and visual personalities beyond being vague pixel-y humans. But it's AI, so there are hiccups. The Vault Dweller, for instance, has a blue jacket and pants with a yellow shirt, not a jumpsuit – as we've seen in Fallout 3, 4, and 76, that's not accurate at all. But it's a good jumping-off point.

The first Fallout was full of cults, monsters, and Mad Max-like raiders, as well as cutthroat businessmen trying to make a buck off the suffering of those stranded in the wasteland. It paved the way for Bethesda's games, and a lot of those themes and design choices were especially prevalent in New Vegas – some of the artwork here should then look familiar to fans. 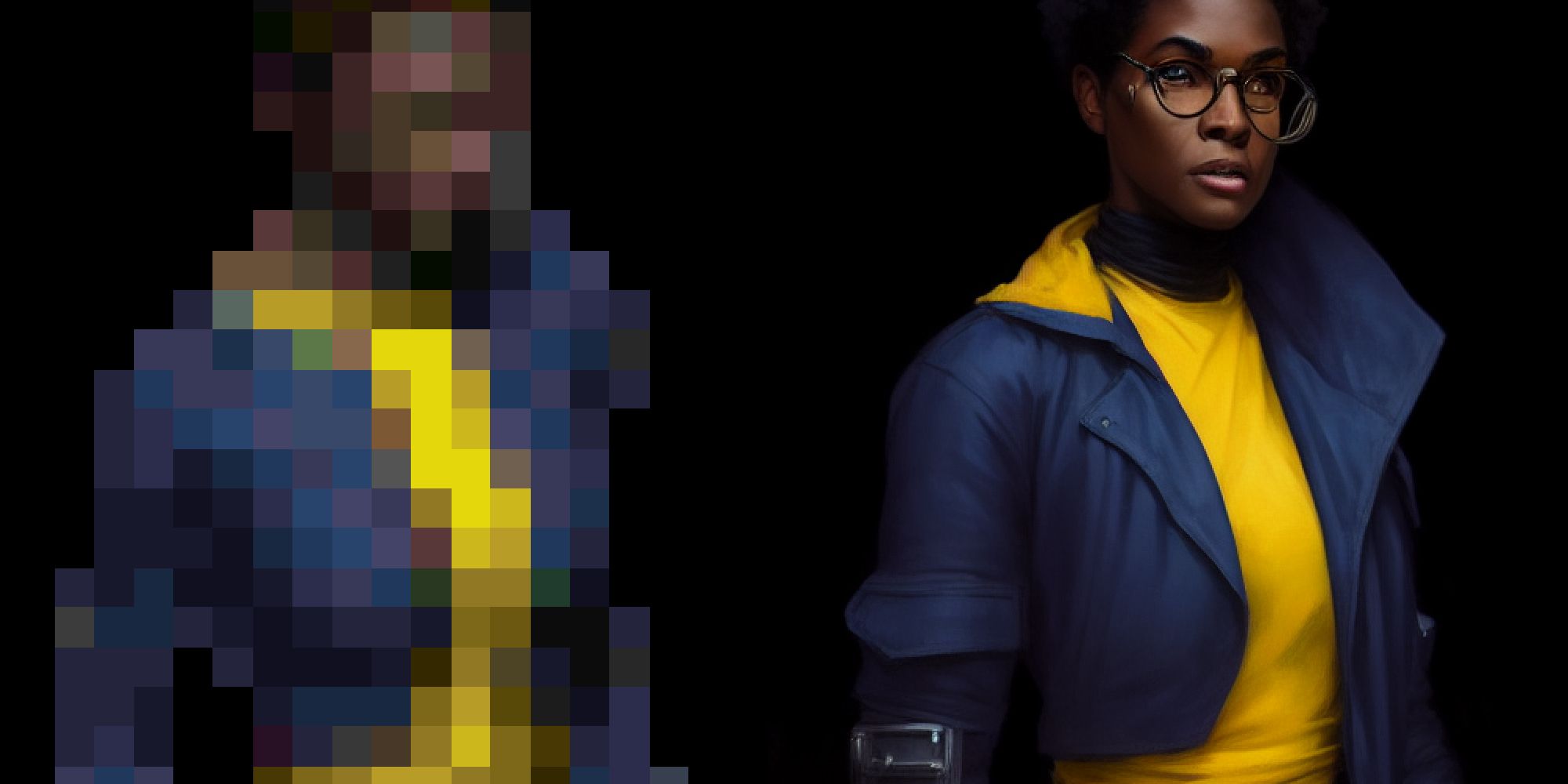 There are a few Fallout mods out there like the high-resolution patch, but none that completely remake the game in a more detailed art style. This is one of the closest glimpses so far.

Fallout is still worth giving a spin today, though it's a far cry from the newer entries. It's a top-down, turn-based RPG, but it's still fairly similar in how you level and how dialogue works, with you even being able to talk the final boss into giving up, saving you the hassle. And now, you know what's behind all those fuzzy NPCs.