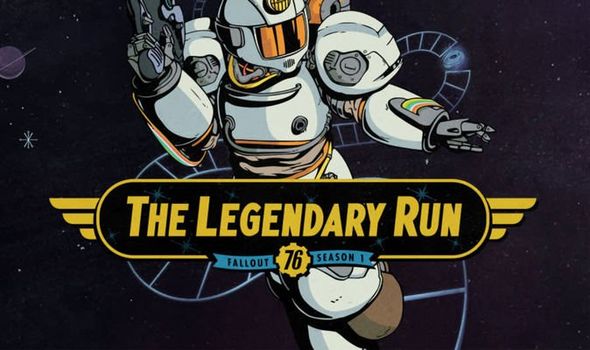 Fallout 76 season 1 release time is fast approaching, with the Legendary Run content set to launch as part of update 20. The inaugural Fallout 76 season is kicking off on Tuesday June 30, providing a new progression system and shaking up how challenges work to offer tonnes of rewards. Each Fallout 76 season will last around 10 weeks and will be free for all players to take part in.

As outlined in a post on the Bethesda website, these Fallout 76 seasons will offer themes, rewards, and challenges that refresh with each new launch.

Bethesda has confirmed that Fallout 76 servers will be going offline at 10am eastern time, which is 3pm BST, on Tuesday June 30 for the rollout of the new season.

The Bethesda Support Twitter posted: “@Fallout 76 will be brought offline for all platforms starting at 10:00 a.m. ET tomorrow, June 30.”

And the tweet linked to a post which added: “We’re planning to bring Fallout 76 offline for all platforms starting at 10:00 a.m. ET tomorrow, June 30 so that we can perform maintenance and release Update 20, which includes Public Teams and our first Season, The Legendary Run.

“Once maintenance begins you will be unable to log into or play Fallout 76, but be sure to keep an eye on this thread during downtime because we will let you know as soon as the game is back online. As always, patch notes for tomorrow’s update will be posted after downtime begins.”

INTRODUCING SEASON ONE: THE LEGENDARY RUN!

From the makers of Unstoppables Shindig, Blast Radius, and Catch the Commie comes The Legendary Run – an exciting new way to experience irradiated West Virginia. The Legendary Run is Fallout 76’s first Season and features a boardgame-inspired theme. As Captain Cosmos, you will race the evil Dr. Zorbo across the galaxy. Your progression through the Season will be represented as pieces on a game board. Can you beat Dr. Zorbo to the finish line? You have until mid-September to find out!

Each Season brings a new progression of 100 Ranks to reach, plus exciting rewards like Atoms, Perk Card packs, and unique cosmetics. By completing Daily and Weekly Challenges, you’ll earn S.C.O.R.E. which will allow you to rank up and claim a new reward every time you do! To help you rank-up, we’ve revamped our Daily and Weekly Challenges to provide easier everyday content for players. You’ll get rewarded just for doing things you already do as you play Fallout 76! Maybe one of your Daily Challenges will be scrapping junk to get a certain resource, or crafting ammo at a workbench. Or maybe it’ll even be a more social Challenge like using photomode while you’re partied up. We haven’t changed any of the Lifetime Challenges and they will not be updated with each Season, so you will still be able to complete them and earn their one-time Atom rewards.

Each rank-up comes with its own reward, which you’ll claim directly from the game board. Keep track of your progress by accessing the new Legendary Run option in the Main Menu. There are 100 ranks in the first Season, so there are plenty of rewards to claim. If you want to jump ahead on the board, you may choose to spend 150 Atoms to gain individual ranks in the order they appear. This is completely optional and will be available starting two weeks after the Season kicks off (July 14). 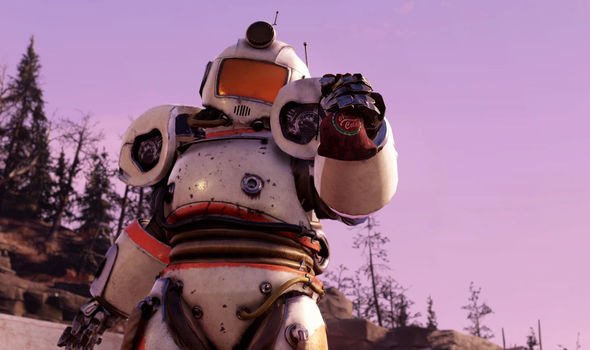 Of course there are rewards! Each rank comes with its own reward, and you’ll get something special every 10 levels, and sometimes just if we think a number is fun (like rank 76). In addition to over 40 new cosmetic items, in-game currency, Perk Card packs, Atoms, and consumables like Repair Kits, you’ll also receive the following rewards for ranking up:

Lunchboxes – Lunchboxes are a new consumable item that give a +25% XP bonus to you and all nearby players as well as a random social buff.

Social buffs can include things like +15% bonus damage to certain enemy types, 50% reduced hunger or thirst, enemies exploding into confetti instead of a bloody mess, etc.

These buffs last for one hour, and the XP bonus can stack up to +100% if multiple players open Lunchboxes at once.

Social buffs don’t stack with themselves, but you can have several active at once after opening multiple Lunchboxes.

Ammo Converter – The Ammo Converter is unlocked at Rank 5, and it will allow you to exchange your unwanted ammo for ammo that you actually need!

In the Terminal, find the Ammo you want to convert and it will remove the specified count of Ammo and credit you with some AmmoPoints, up to a maximum.

Exchange your stored AmmoPoints for your preferred type of Ammo.

Other Players can use any Ammo Converter Terminal to access their stored AmmoPoints, so put one down for the convenience of your fellow Wastelanders!

Vault-Tec Supply Packages – These are small bundles of crafting materials that will help give your scrap collection a little boost.

Fireworks – Earn fireworks that you can set off anywhere in the world and light up the sky!

• Build walls with Glow in the Dark Wallpaper to give your humble abode an interstellar aesthetic.