You are here:
Home / Fallout 4: Every Bobblehead And Where To Find Them

Fallout 4: Every Bobblehead And Where To Find Them

Fallout 4’s Bobbleheads are special items that boost specific stats, traits, and weapon power. They’re hidden all over the wasteland — on the tops of shelves, behind piles of rubbish, and scattered on desks.

Finding them on your own is an adventure, although if you’re missing that one Bobblehead, then this guide to the locations of all the Bobbleheads in Fallout 4 will help you complete your collection.

These Bobbleheads improve your Special skills, such as strength, perception, and Luck. They’re crucial to a lot of the wacky builds in Fallout 4 and give you a flat upgrade that is permanent throughout your run. 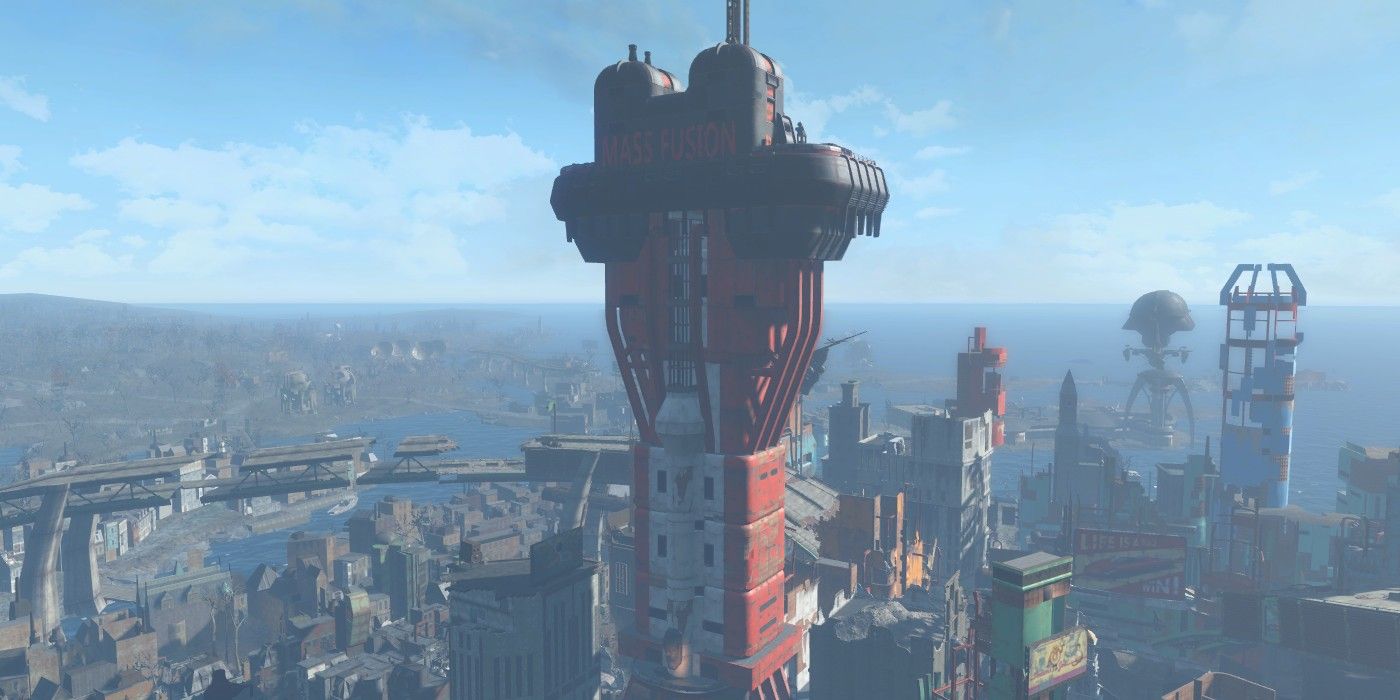 You can’t miss the Mass Fusion building. It’s enormous, has a big spire on top, and is by far the largest landmark in the Commonwealth. You’ll be sent here on a couple of different quests, regardless of whether you choose to side with the Brotherhood or the Institute. You can check out our guide to the Mass Fusion questline here. To find the Bobblehead you need to battle your way to the top floor, past Sentry bots and automated turrets. It’s located on top of the metal statue that looks down over the main hall. 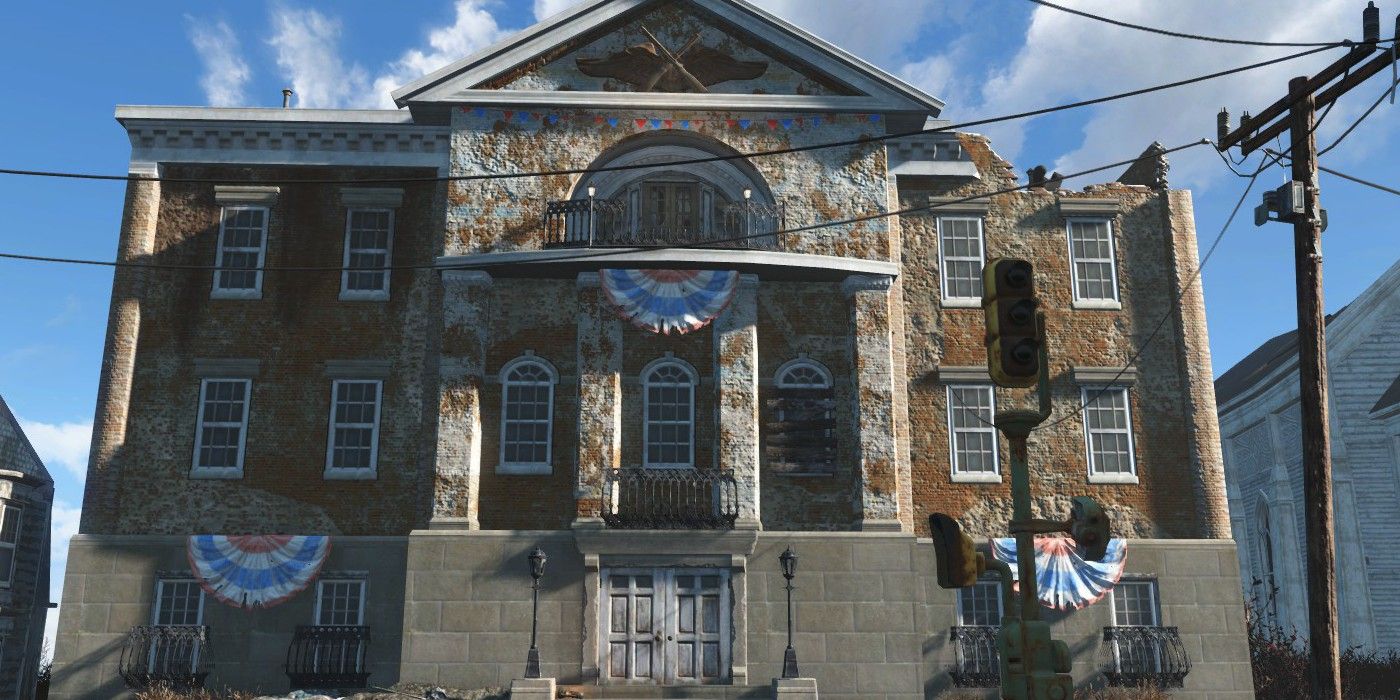 The Museum of Freedom is where the player first meets Preston Garvey and as such, the Perception Bobblehead is one of the very first you can get in Fallout 4. The Bobblehead is actually located in the same room you meet Preston Garvey in. Just head to the back next to the broken terminal, it’s on a desk. 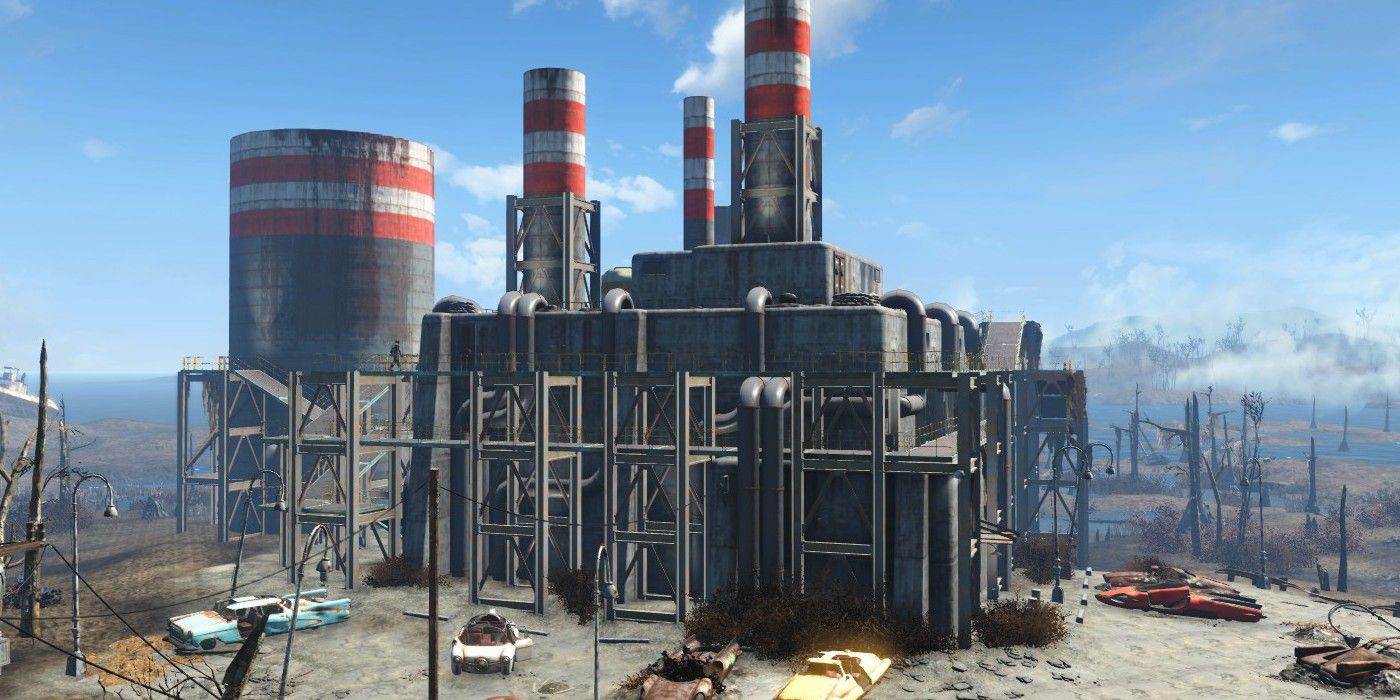 The Endurance Bobblehead is a bit more challenging to get. It’s located in the Poseidon Energy building in the Commonwealth (the massive power station) behind Cutty, a raider-leader clad in Power Armor. Cutty and the Bobblehead are on the roof in the main structure. You’ll have to defeat him to get access to the Bobblehead, which is located along the central catwalk on a desk next to the Tesla Science Magazine. 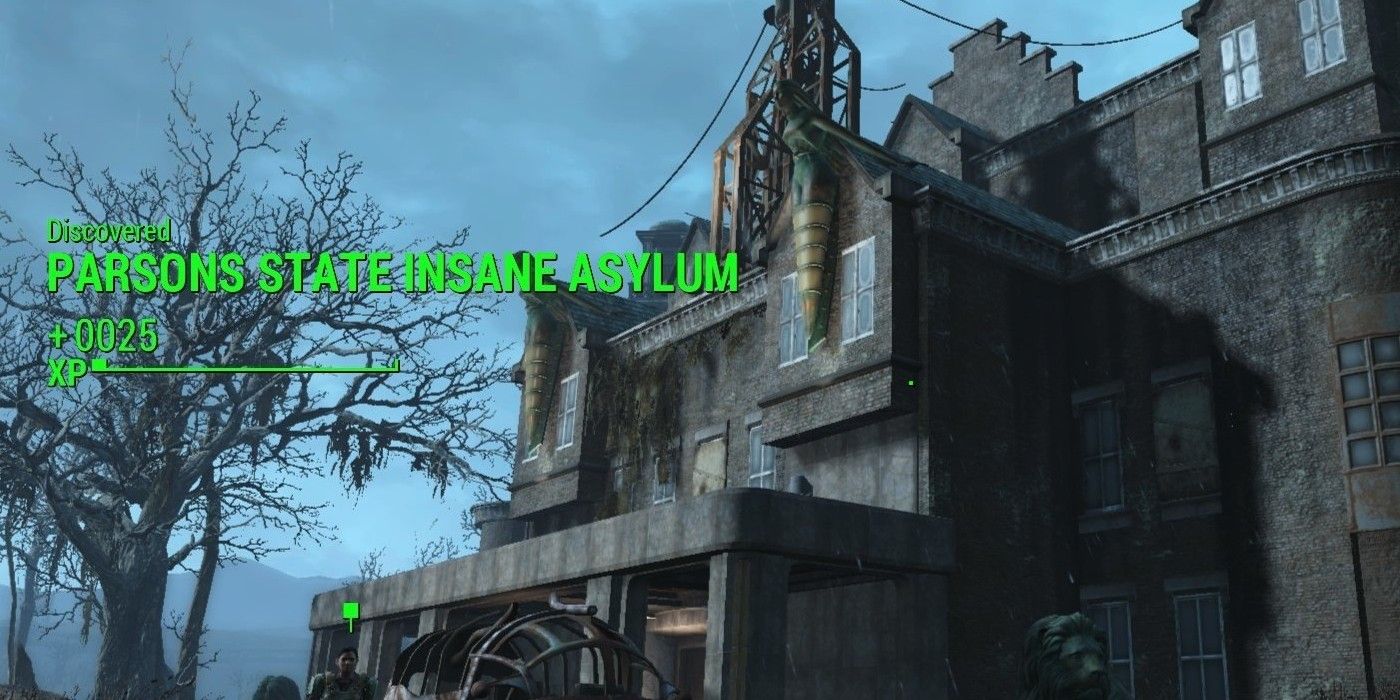 You can’t miss the Insane Asylum in the Commonwealth: it’s the spooky-looking Gothic building with the sinister gargoyles on front. Access to the Parsons State Insane Asylum isn’t available until The Secret of the Cabot House sidequest is activated, arguably one of the sidequests with the best rewards. Once you’ve completed the quest (no spoilers, even if the game is years old at this point) you can head into Jack Cabot’s office and find the Bobblehead on his desk. 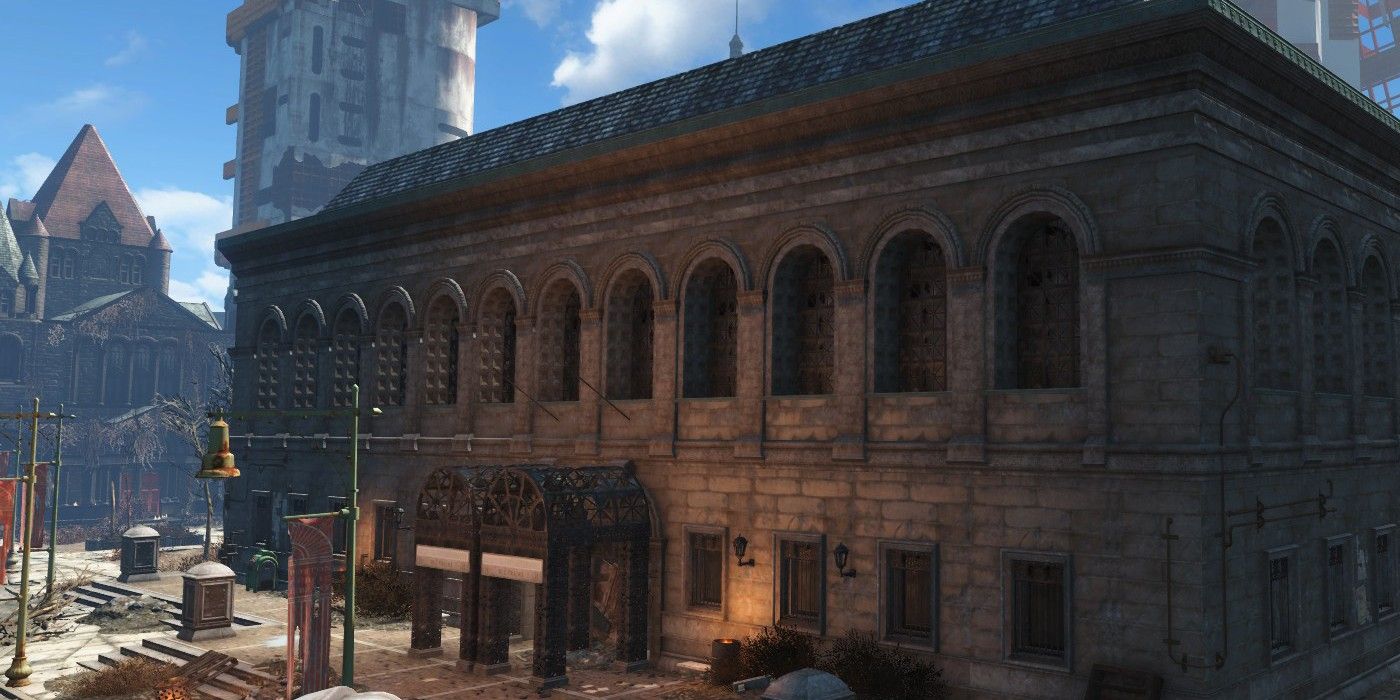 The Boston Public Library is located in the Back Bay Boston area of the Commonwealth. This regal building is home to super mutants, Protectrons, and machinegun turrets. To gain access to the library you need to either open the Advanced front door, or gain access via Copley Station, which runs underneath the library. Once inside, head to the northwest corner of the library and enter the mechanical room on the second floor. The Intelligence Bobblehead is on top of the large computer. 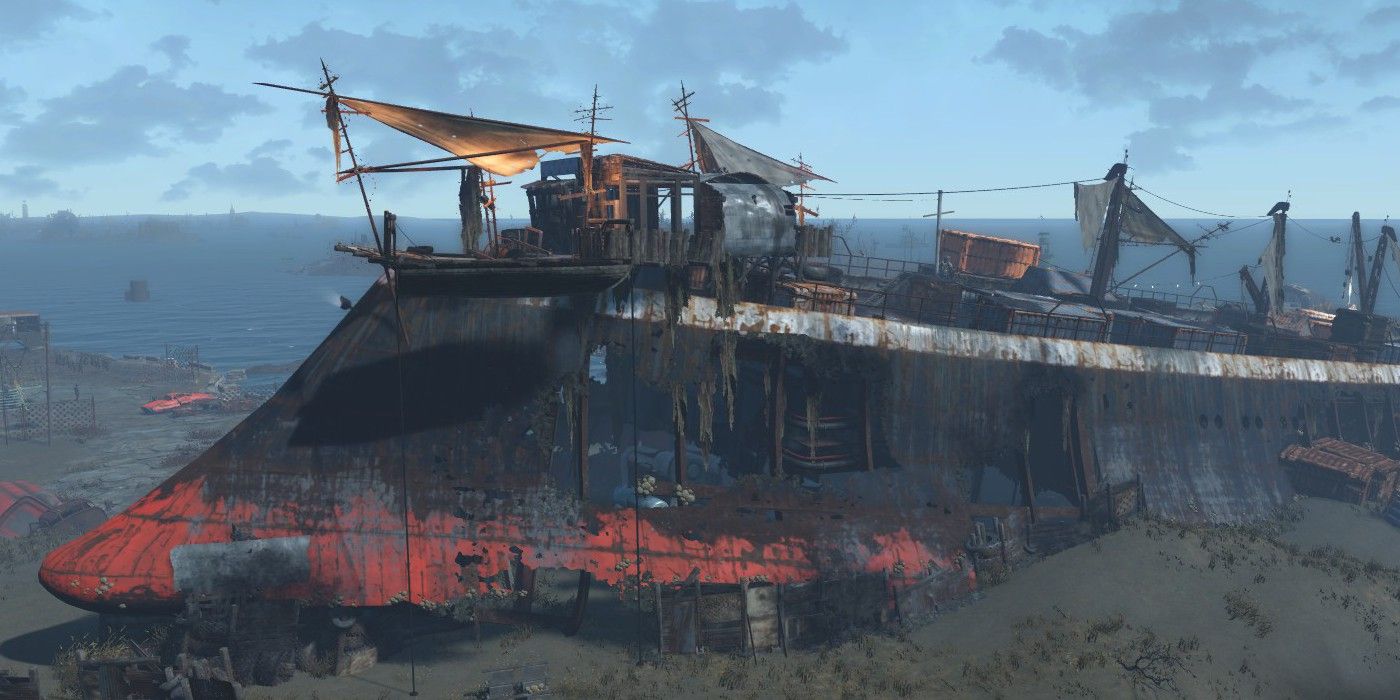 The FMS Northern Star is hard to miss: it’s located on the coast of the Commonwealth, just south of the Warwick Homestead. This wreck is inhabited by a raider group of Norwegian ghouls. To find the Agility Bobblehead head to the bow of the ship (the front part), go through the upper room, and you’ll find it on a small wooden shelf. 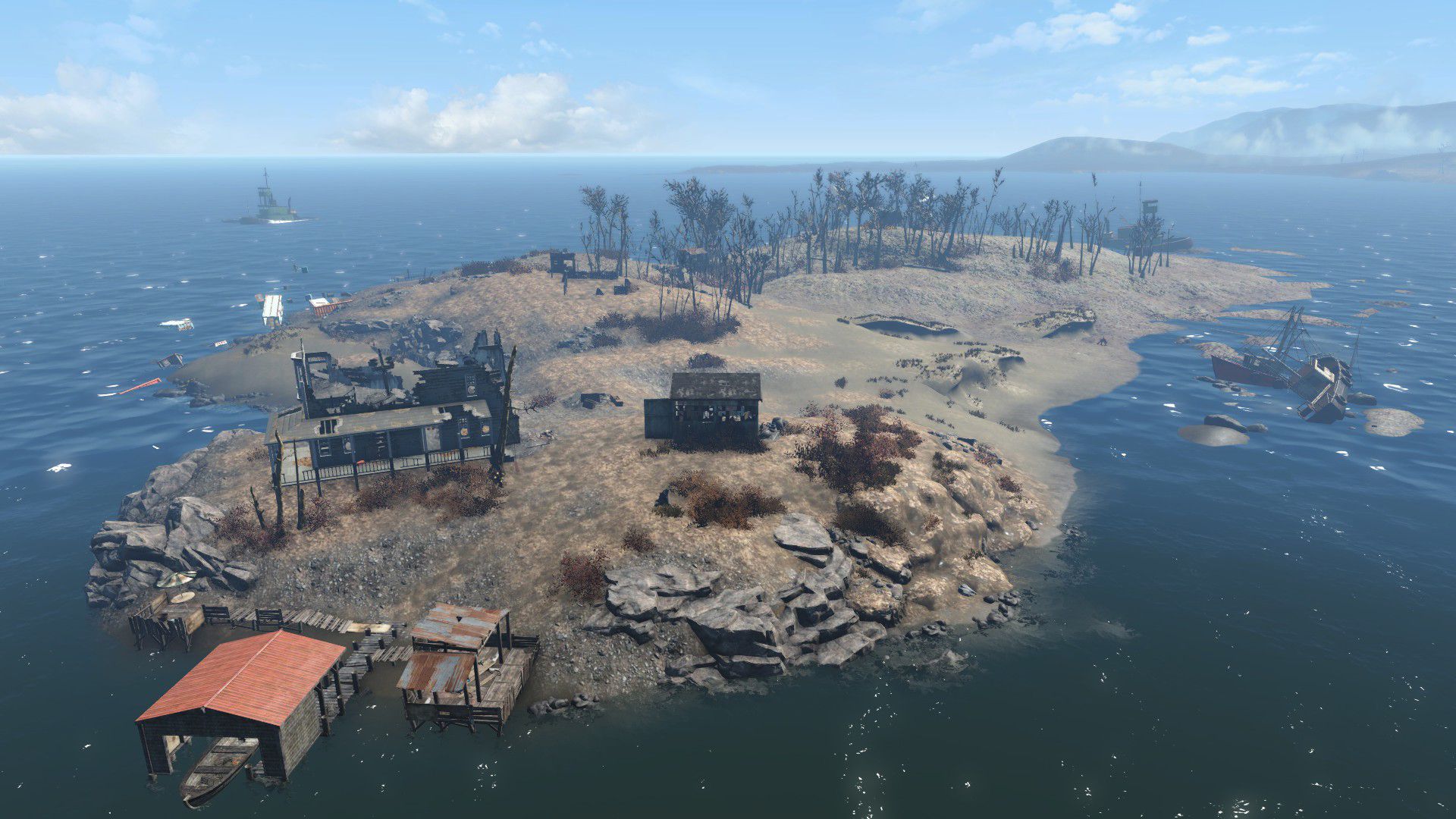 Spectacle Island is located close to the wreck of the Northern Star, and can eventually be turned into a settlement if the player wishes to. The island is covered in mirelurks, but that’s about it. To find the Luck Bobblehead, head to the southern tip of the island and investigate the green tugboat that’s sticking out of the water. The Bobblehead is inside a locker.

The Utility Bobbleheads provide small buffs to various skills, such as better bartering prices, better Stimpak healing, and easier lockpicking. Like the Special Bobbleheads, they’re scattered all over the wasteland. Here’s how to find them all. 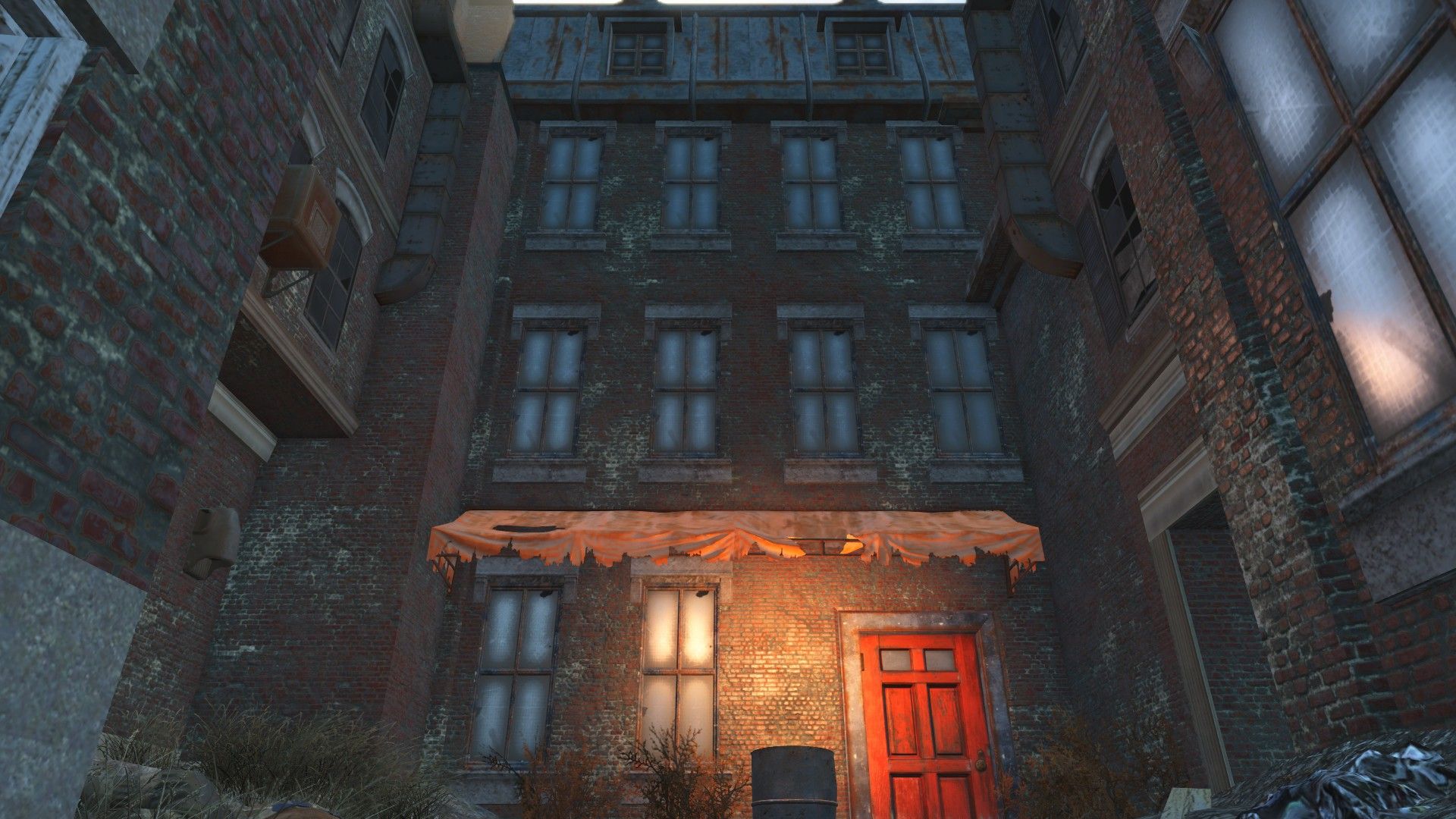 The Pickman Gallery is a large, stately building located in Boston’s North End. It’s a pretty gruesome place, dotted with corpses and patrolled by raiders. Drop into the tunnels underneath the gallery and the player will encounter Pickman himself and a group of raiders. The Lock Picking Bobblehead is located in the same room, right next to the flaming bin. 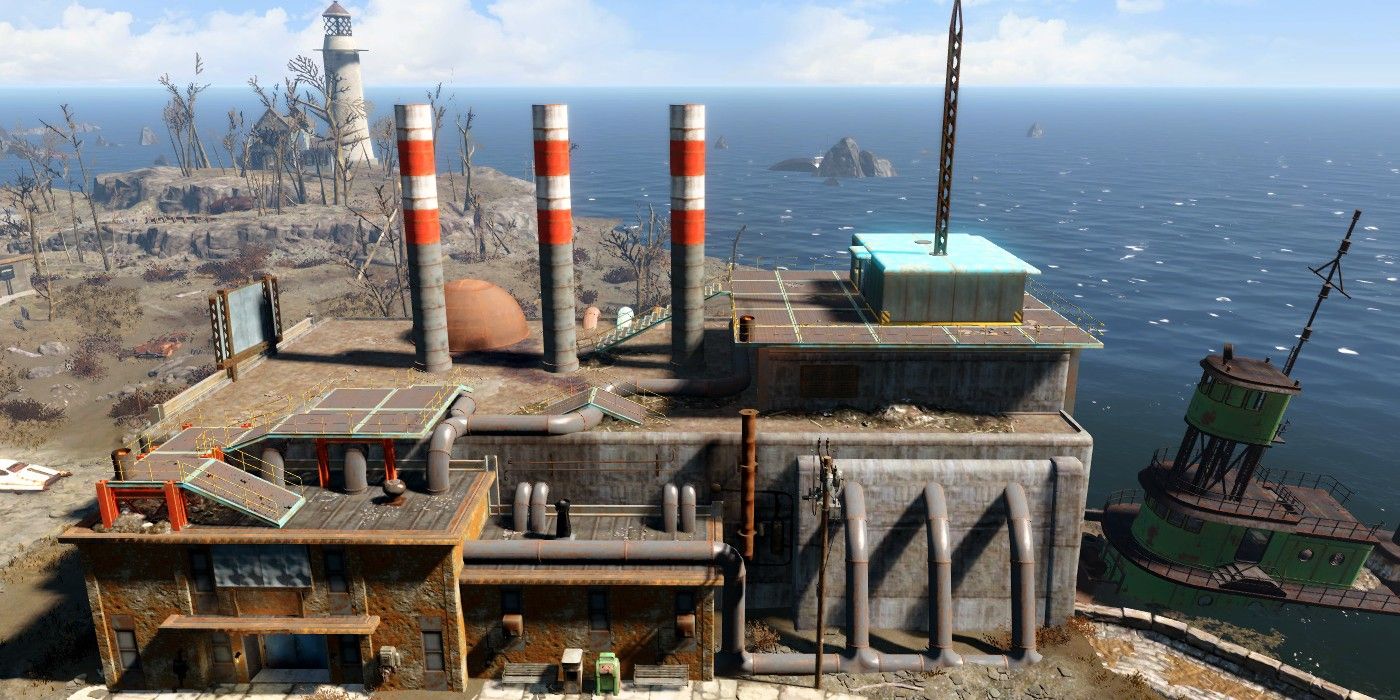 The Longneck Lukowski Cannery is located in the Commonwealth: you can’t miss it, it has three red and white chimneys sticking out of the top. The Barter Bobblehead is located in the office room at the north end of the cannery, although it’s locked behind a Master-level door until the end of the dialogue between Theodore Collins and Rylee. 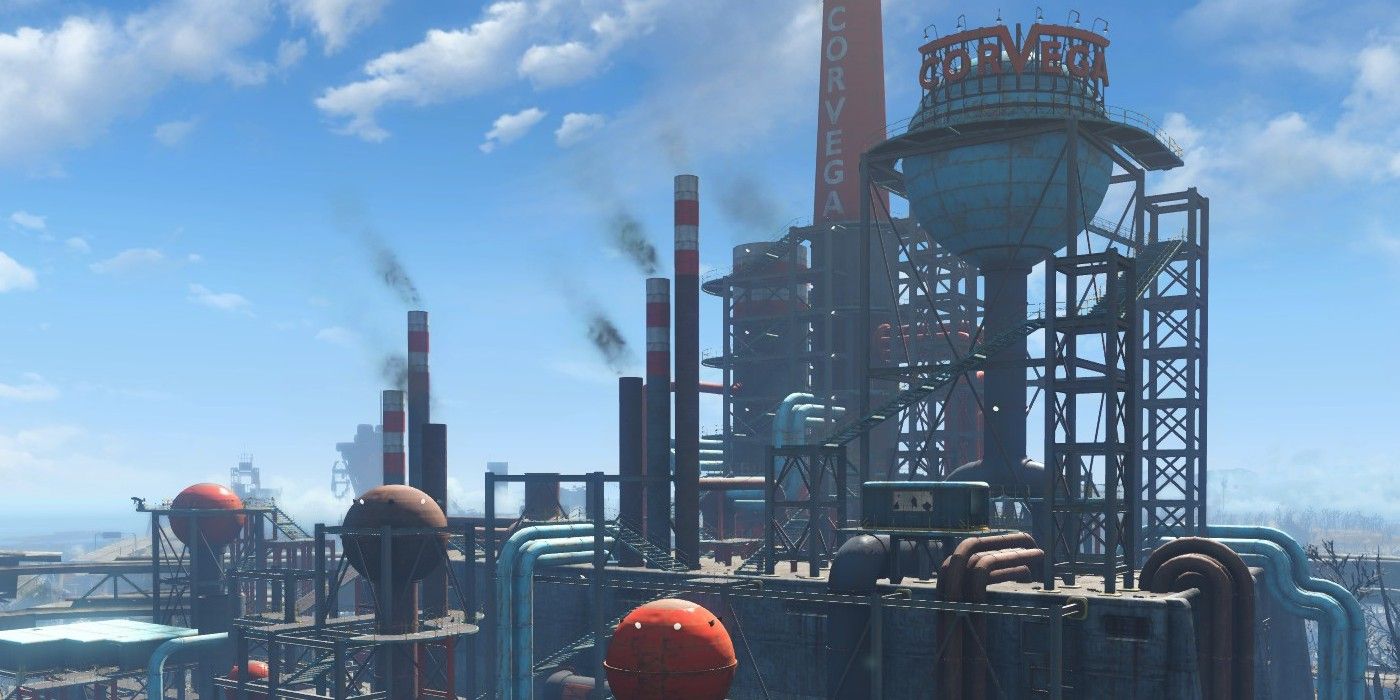 The Corvega Assembly Plant is located in Lexington. Its giant blue sphere is a dead giveaway. The plant is swarming with raiders (there are seventeen outside, and that’s before you even venture inside) and a raider-leader named Jared. To find the Repair Bobblehead you need to climb up to the highest catwalk on the outside of the plant, the Bobblehead is located on the end of a walkway that surrounds the giant blue tank. 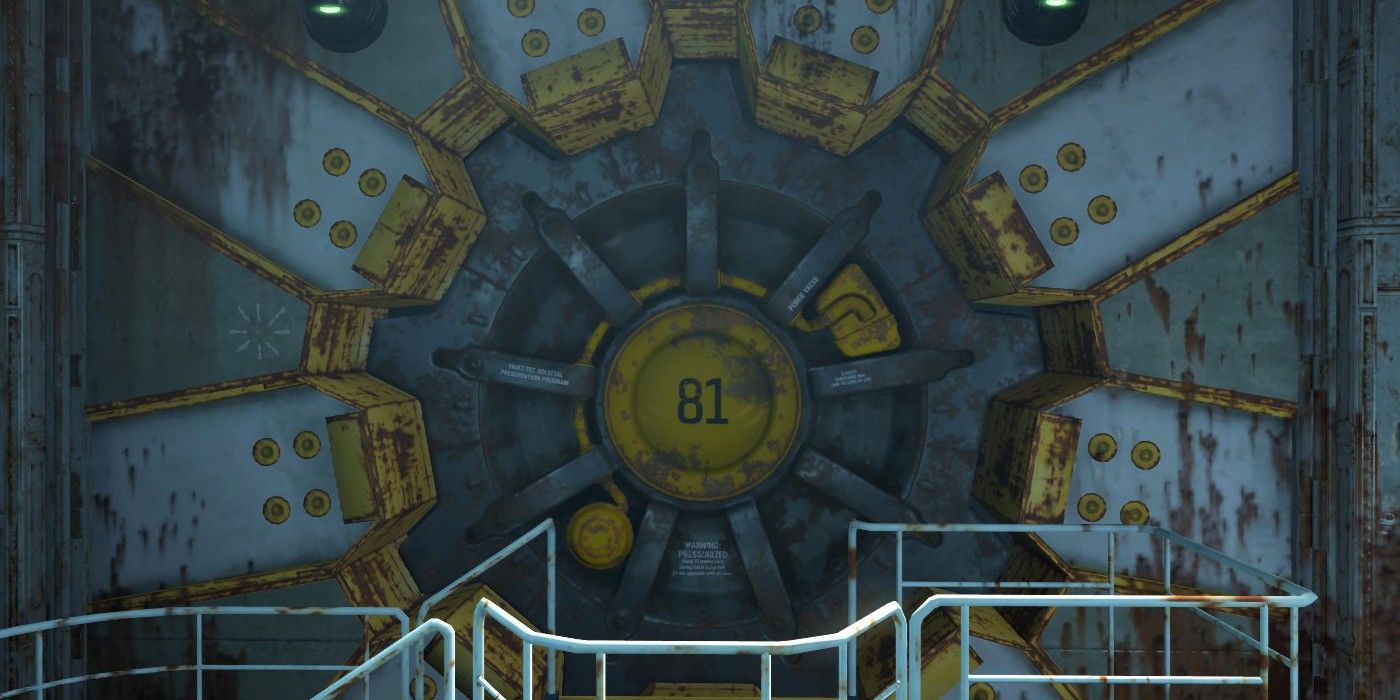 Vault 81 is located in the Commonwealth, east of the Forest Grove Marsh. This is a quest location, so you’ll end up coming here anyway. To get access to the Secret Vault, where the Bobblehead is located, you need to complete the Hole in the Wall quest from Penske. The Bobblehead is located inside Curie’s laboratory. Head up the staircase on the south side of the second floor when you’re inside the Secret Vault area. 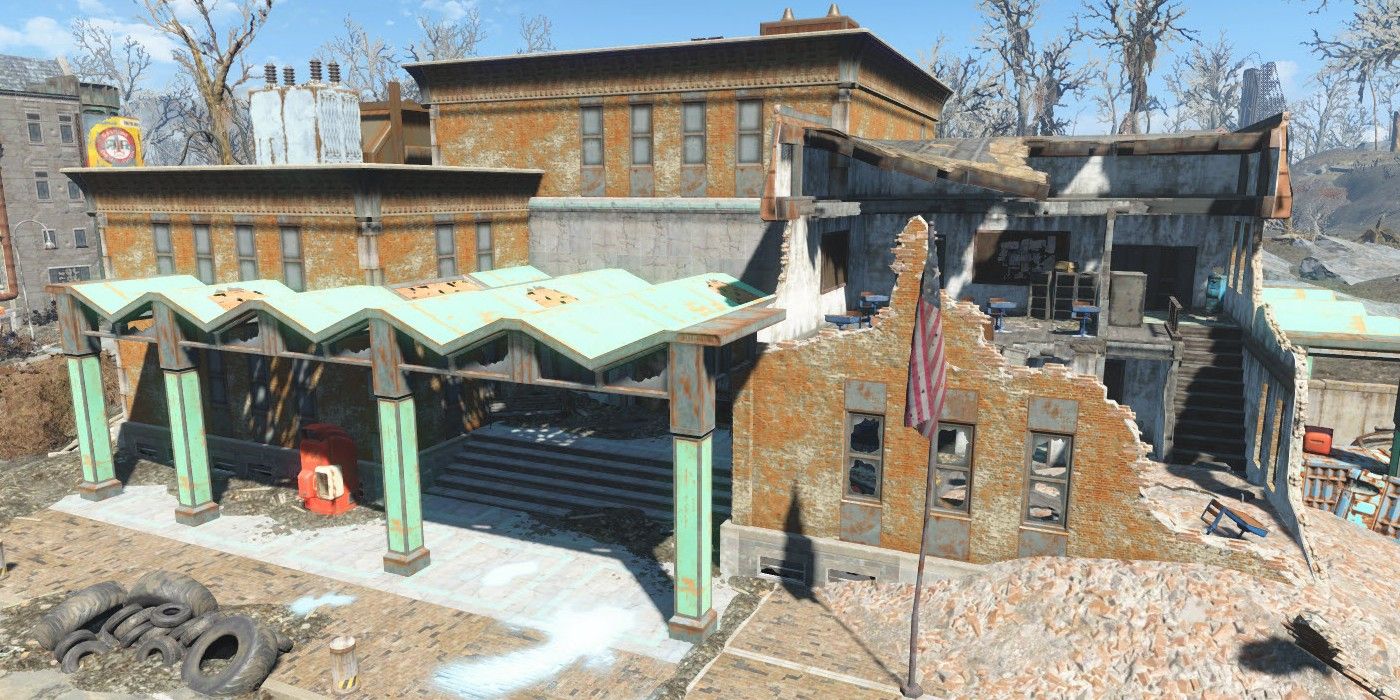 The Malden Middle School is located in the south part of the Commonwealth. What appears to be a normal school is actually the location of Vault 75, which is where the Bobblehead resides. The entrance to the vault area is in the basement. It’s usually guarded by Gunners, although this can change based on the player’s alignment with the different factions. To find the Science Bobblehead, head to the office that overlooks the sort of training area and check out the desk. 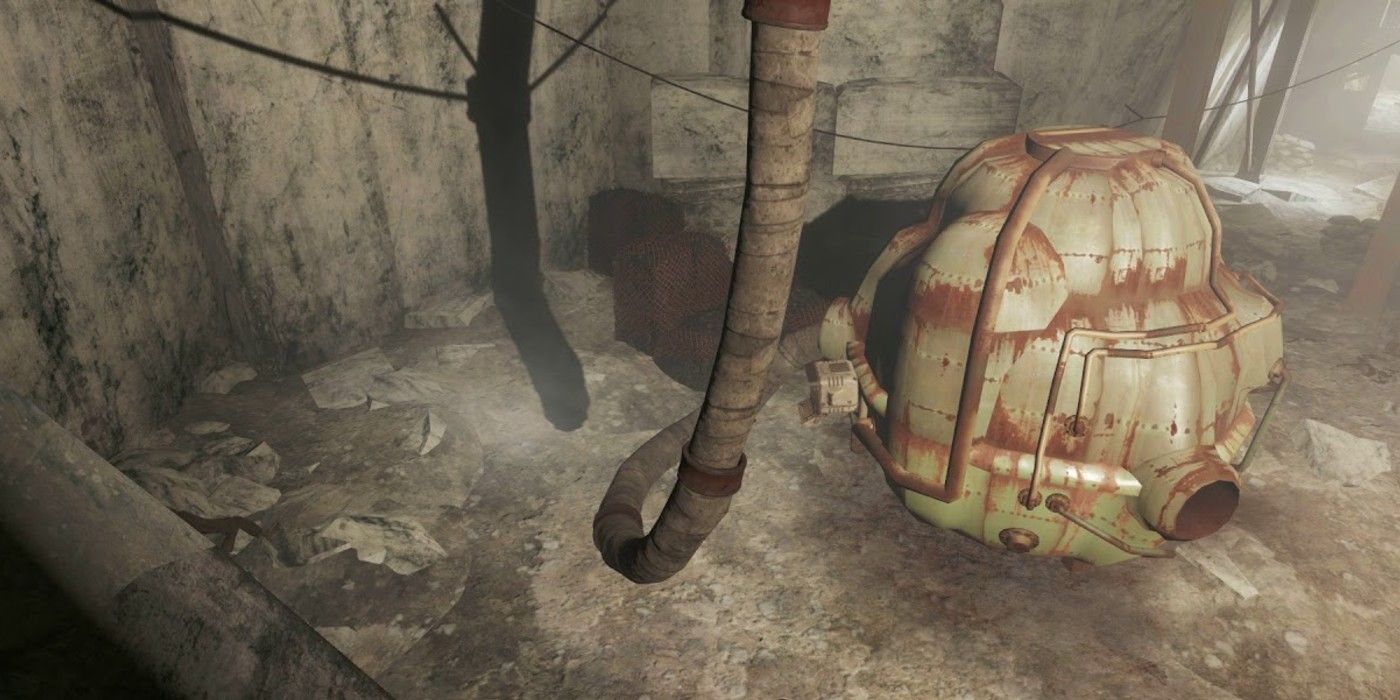 Getting the Sneak Bobblehead is a bit of a pain in the butt. The marble quarry, Dunwich Borers, is covered in raiders, including some in Power Armor. The Sneak Bobblehead is found near the section 4 terminal, which is pretty deep into the Borers, but not as far as you can go. It’s located on a table. 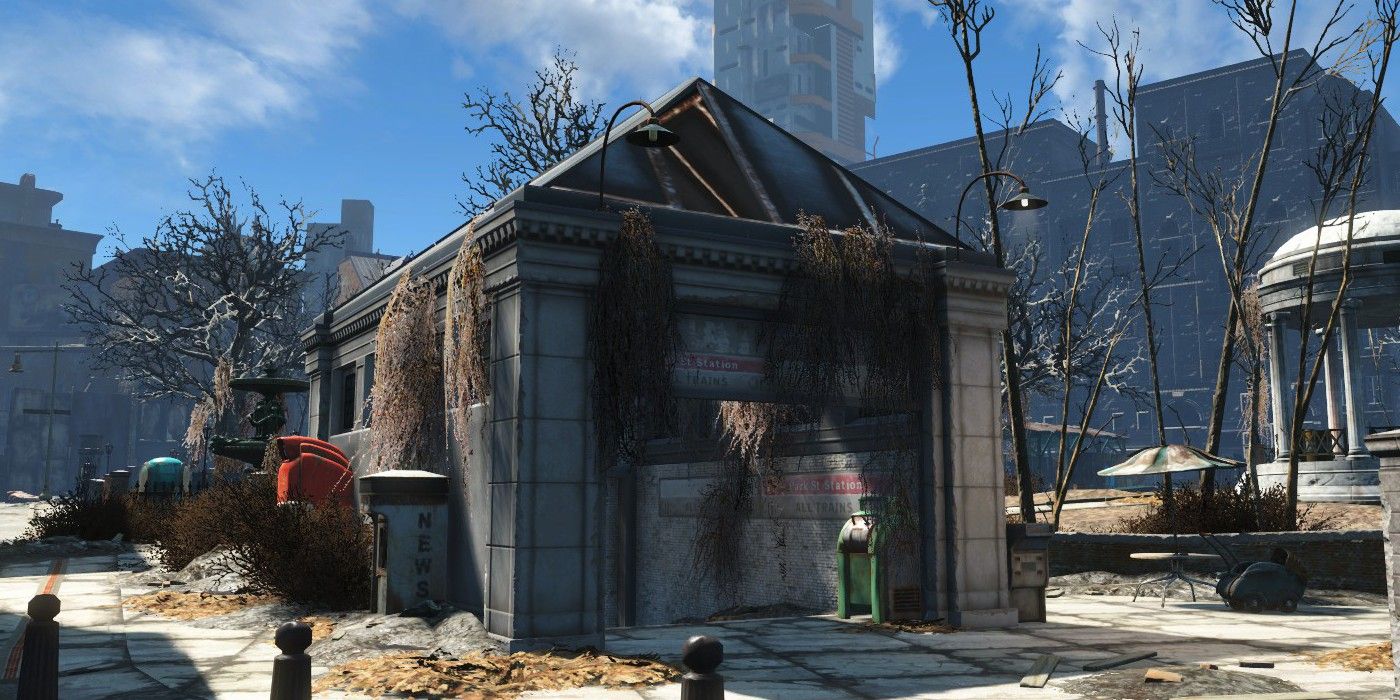 The unassuming Park Street station in the Boston area actually leads to the entrance of Vault 114. Once inside there are a few booby-traps, all sorts of loot to pick up, and ultimately the Speech Bobblehead. It’s located in the Overseer’s Office. You’ll likely access this during the Unlikely Valentine quest, as you need a key card to get into the office where Valentine is locked up. The Bobblehead is inside with Nick.

These Bobbleheads will boost different weapon traits. You probably don’t need to get all of them if you’re going for a very specific build, but we understand the need to collect everything regardless. Here are the locations of all the Weapon Bobbleheads in Fallout 4. 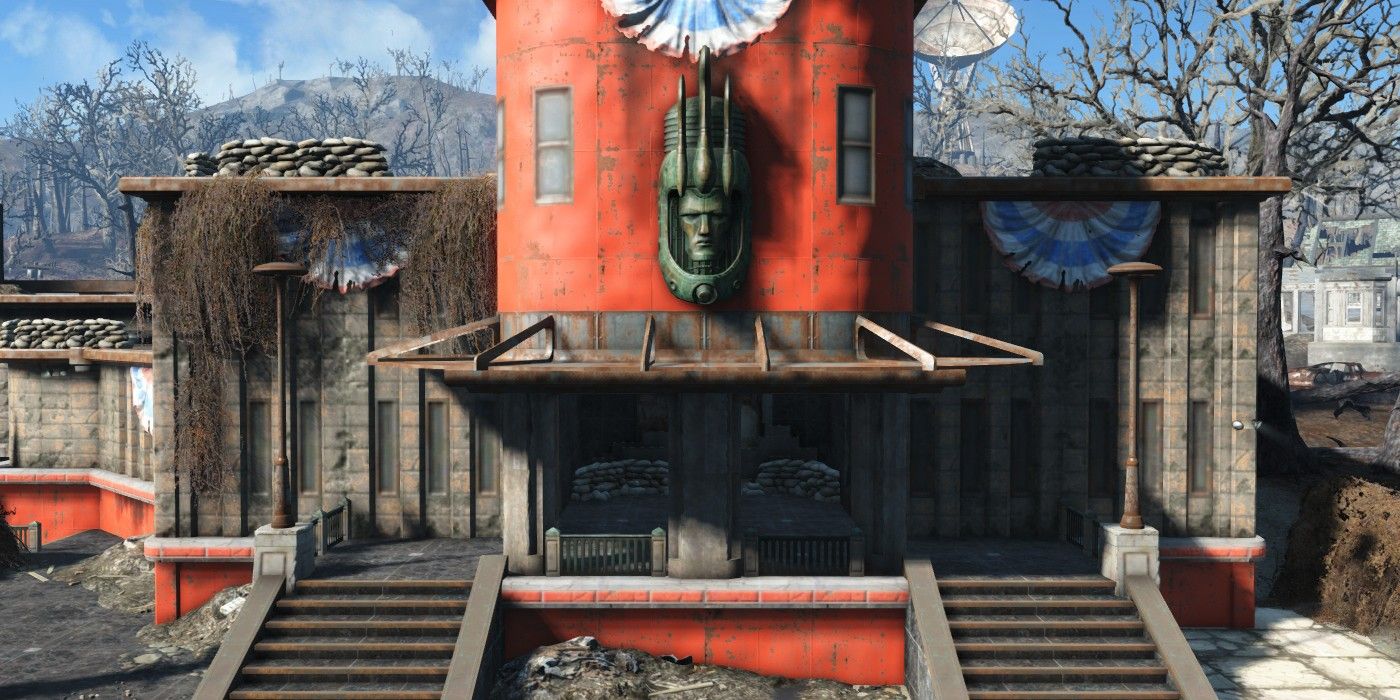 Fort Hagen is located in the Commonwealth, but to access it you’ll need to follow the main storyline and complete the Reunions quest. Once you’ve done this, head into the Fort’s main command center and find the kitchens. The Energy Weapons Bobblehead is located on a table between two big fridges. 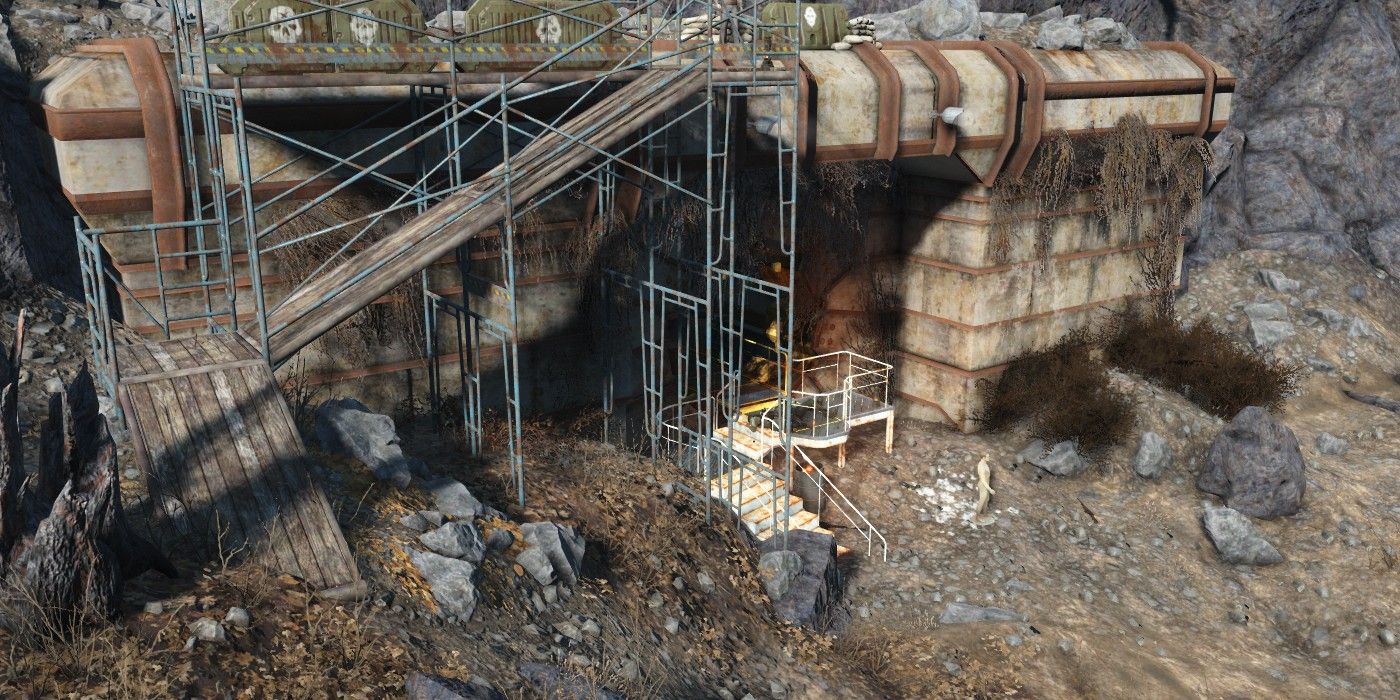 Once inside Vault 95, located on the northeast side of the Glowing Sea (here’s our guide to the dangerous area), you’ll have to get past the Gunners that guard the vault. The Big Guns Bobblehead is located in the northern residential sector: it’s a bit complicated to get there, but it’s basically located down the stairs past the lavatory sign, inside a bedroom on top of the radio. You have to pass through a couple of broken walls. 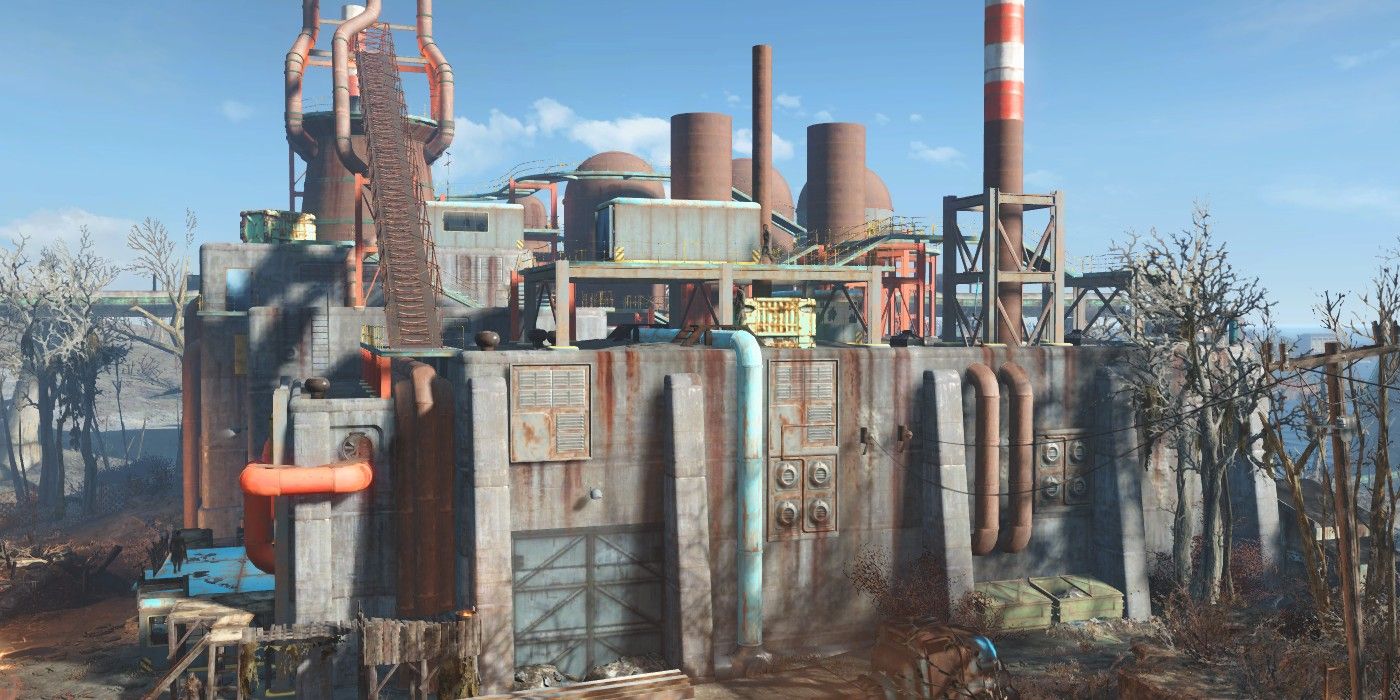 The Saugus Ironworks is a large factory located in the Commonwealth, located to the west of Hub City Auto Wreckers. Inside there are a bunch of Forged, including their leader Slag. Here’s everything you need to know about the Forged. To get access to the Bobblehead you’ll need to defeat them, as the Explosives Bobblehead is located in Slag’s spawn area (the blast furnace room). Head up to the second level catwalk: you’ll see the Bobblehead on top of a wall-mounted control panel. 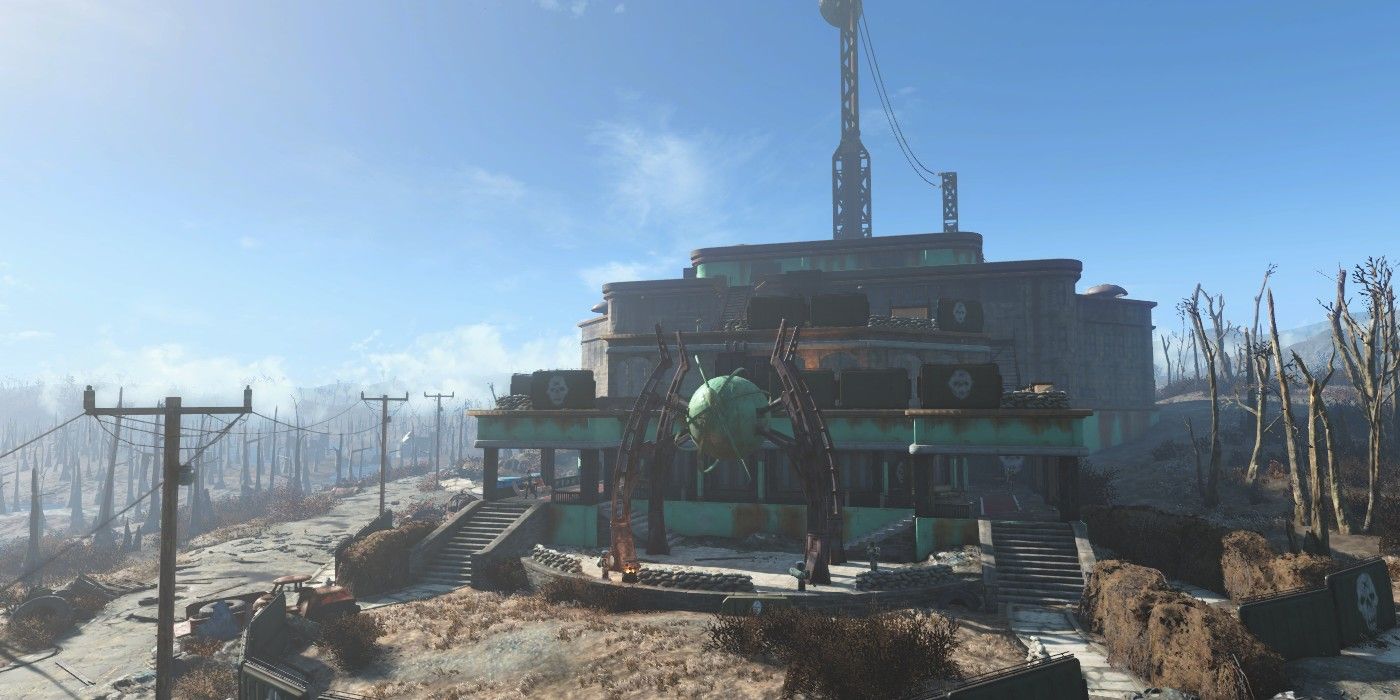 The Gunners Plaza is the radio building located in the Commonwealth. There are Gunners located pretty much everywhere, as well as turrets and Assaultrons. You can find the Small Guns Bobblehead on the first floor, located on Captain Wes’ desk in the small recording studio (this is on the west side of the building). 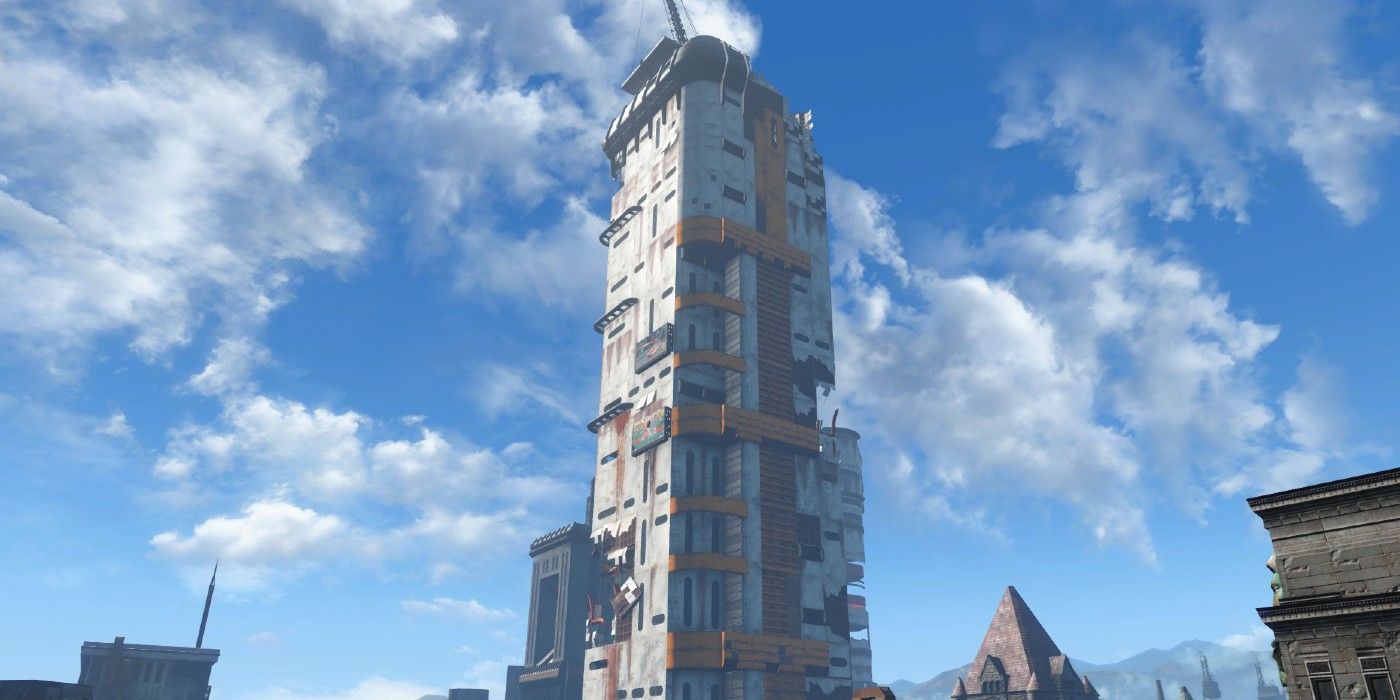 You can’t miss the Trinity Tower in the commonwealth. It’s massive. To get access to the Melee Bobblehead you’ll need to ascend to the very top, through swarms of super mutants, to the room where Rex Goodman and Strong are being held captive. The Bobblehead is sitting right there on a table. Bit of a mission to get this one, but crucial for a melee build. 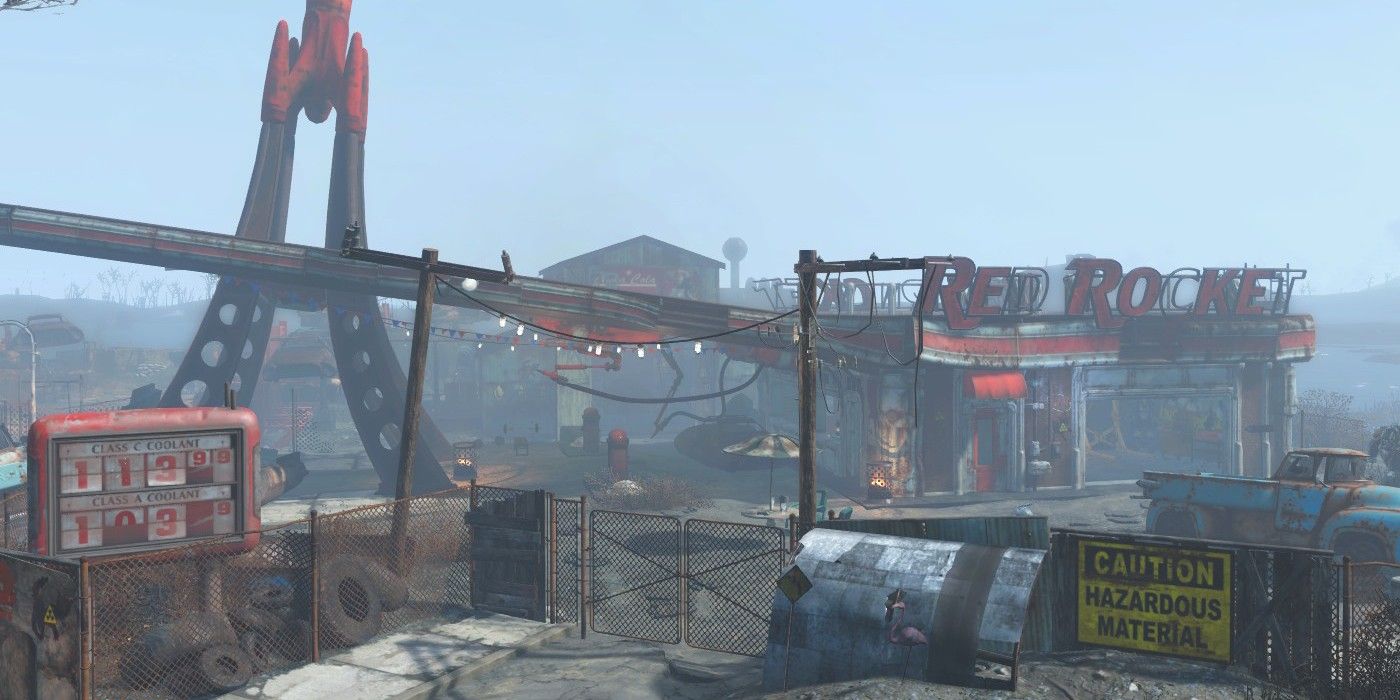 The Atom Cats Garage is located in the Commonwealth and is definitely a location worth checking out, if not for the Unarmed Bobblehead, but for all the Power Armor lying around. If you are after the Bobblehead though, you can find it lying on the hood of one of the rusted cars in the main warehouse section.

NEXT: Fallout 4: 10 Easter Eggs You Might Have Missed The First Time Through 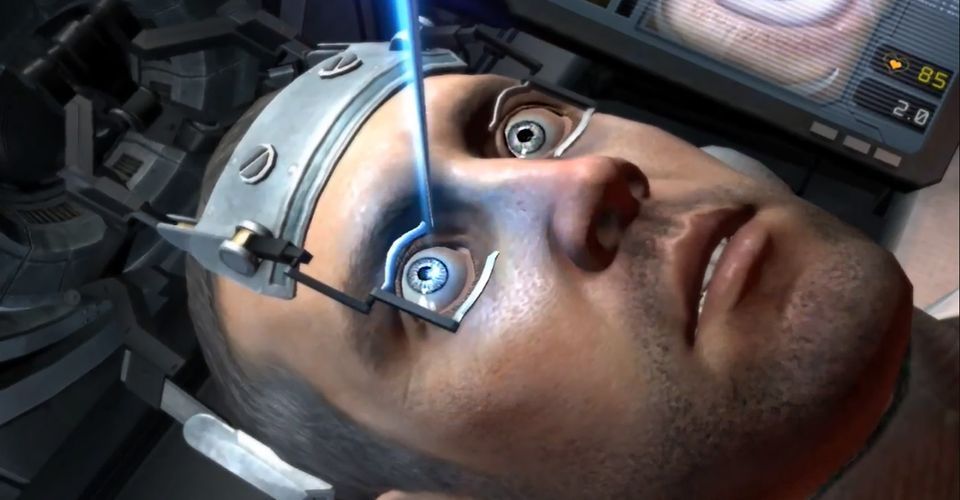