Fall Guys just released its third Season since its free-to-play relaunch, titled Season Three: Sunken Secrets. As with any Season, this has brought several new features to the game, including new Rounds, mechanics, events, and a brand-new Season Pass.

Following this Season's nautical theme, this Season Pass gives you the opportunity to complete challenges in exchange for 200 different in-game rewards, many of them being exclusive cosmetics. We've put together all the information you need to fully understand Fall Guys' take on the battle pass feature, allowing you to easily progress through it and earn countless rewards.

What Is The Season Pass? 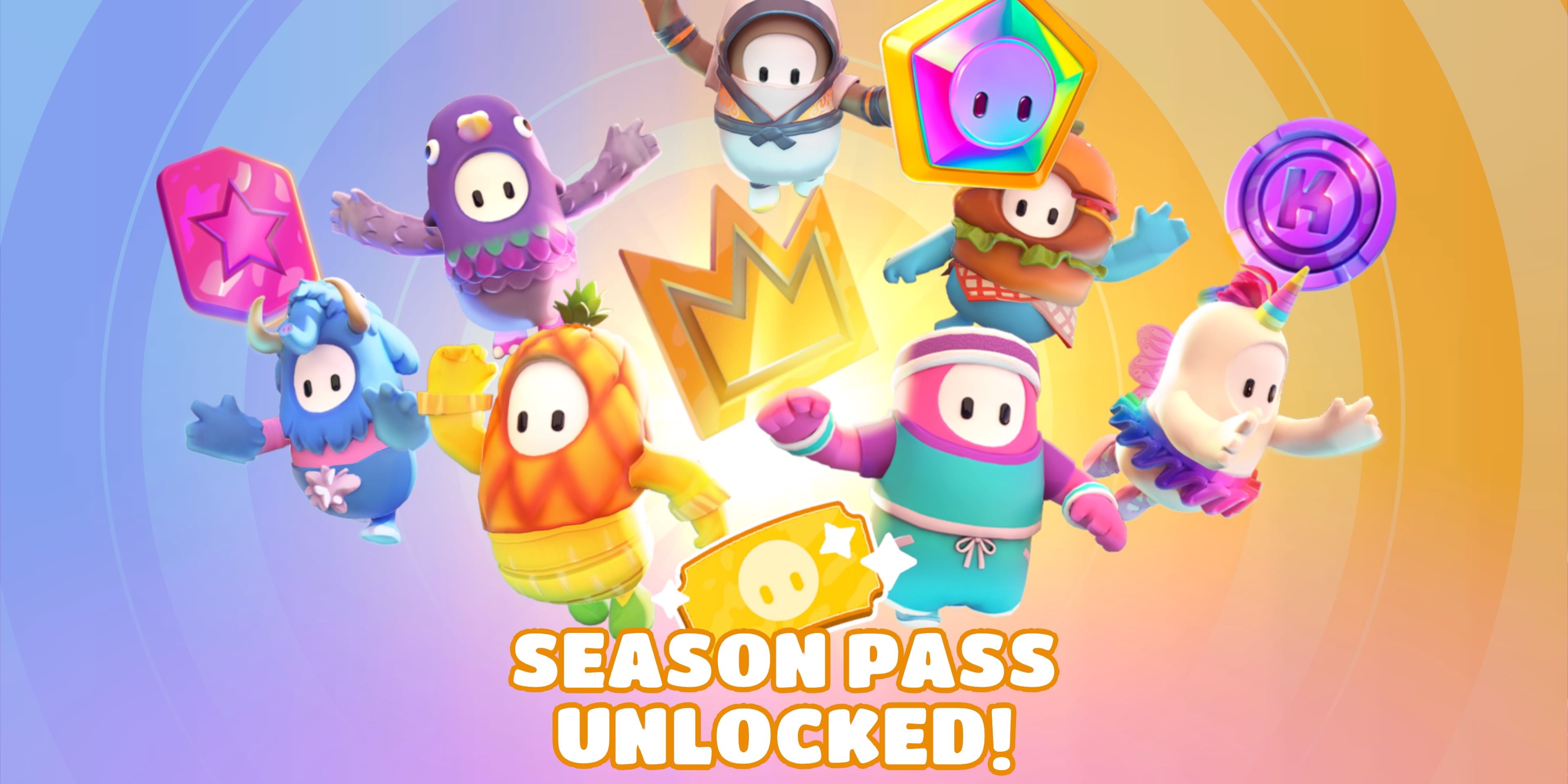 Like those previously released, this Season Pass functions like most battle passes seen in other games, rewarding you with several rewards for playing the game and completing specific challenges. Like last Season, there are 200 Season Pass Tiers to progress through, each providing you with an in-game item or cosmetic when reached.

In order to gain access to all 200 rewards available, you will need to purchase the Supercharged version of the Season Pass, requiring you to spend 950 Show Bucks (equivalent to about $7.99). You will still have access to the Season Pass without making this purchase, but you will only obtain a fraction of the available rewards throughout the Season.

How To Progress The Season Pass 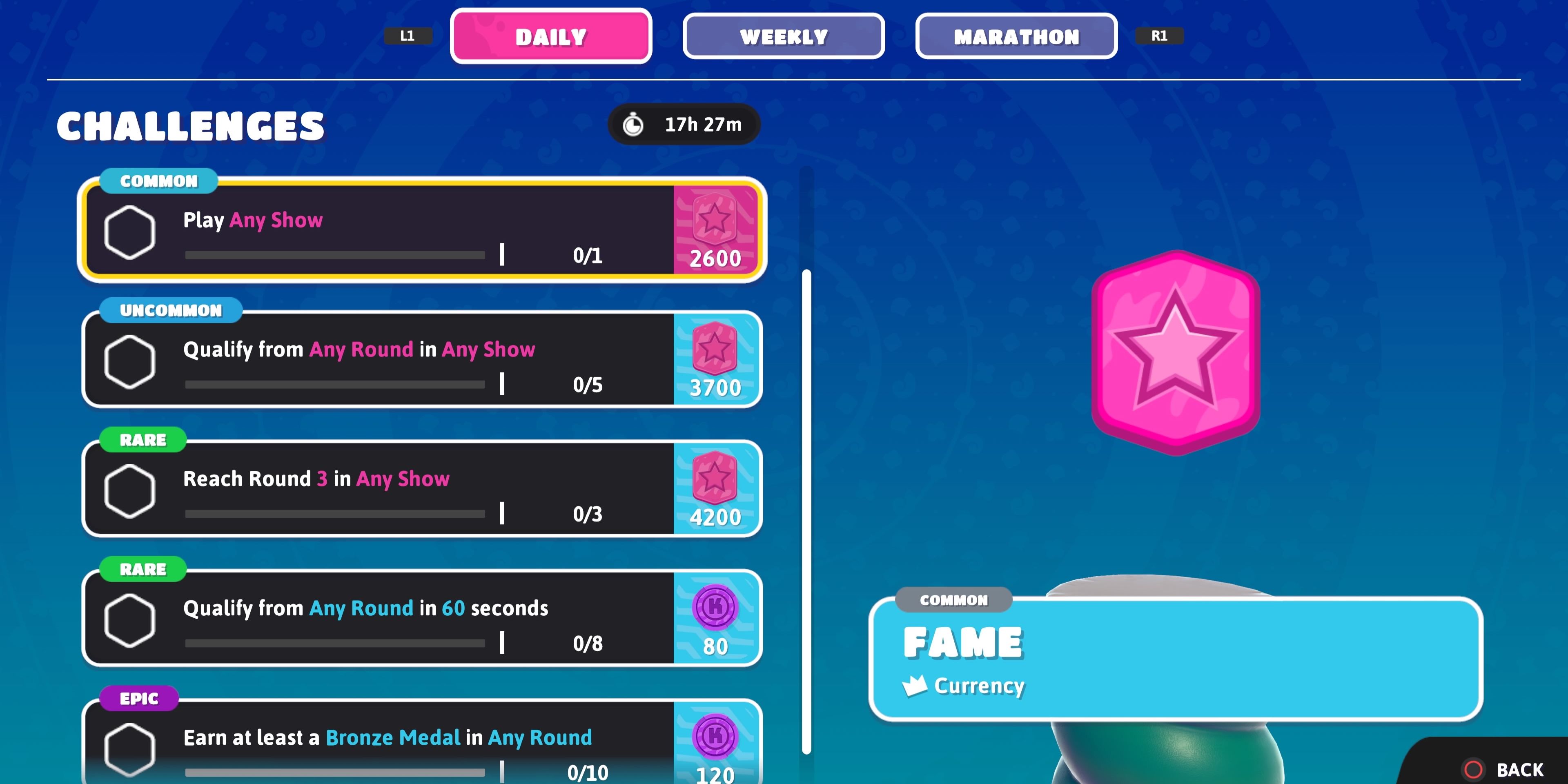 To progress through the different Season Pass Tiers, you will need to earn Fame, an in-game currency needed to increase your overall Season Pass level. Fame can be earned through two different methods, either competing in Shows or completing specific in-game challenges.

You can also spend 100 Show Bucks to progress one Season Pass Tier.

When it comes to the first method, you will earn Fame at the end of each Show that you compete in, varying based on your performance and the number of Rounds that you played. This proves to be a relatively consistent way to make progress with the Season Pass, not requiring you to go out of your way to earn Fame. Just keep playing and you'll get there eventually.

The second method involves the different Challenges available to all players, coming in the form of Daily, Weekly, and Marathon (Seasonal) Challenges. These Challenges can be accessed from the main lobby screen, many of them rewarding you with large amounts of Fame when completed. These help you get those big boosts in fame necessary to reach the final tiers of the Season Pass 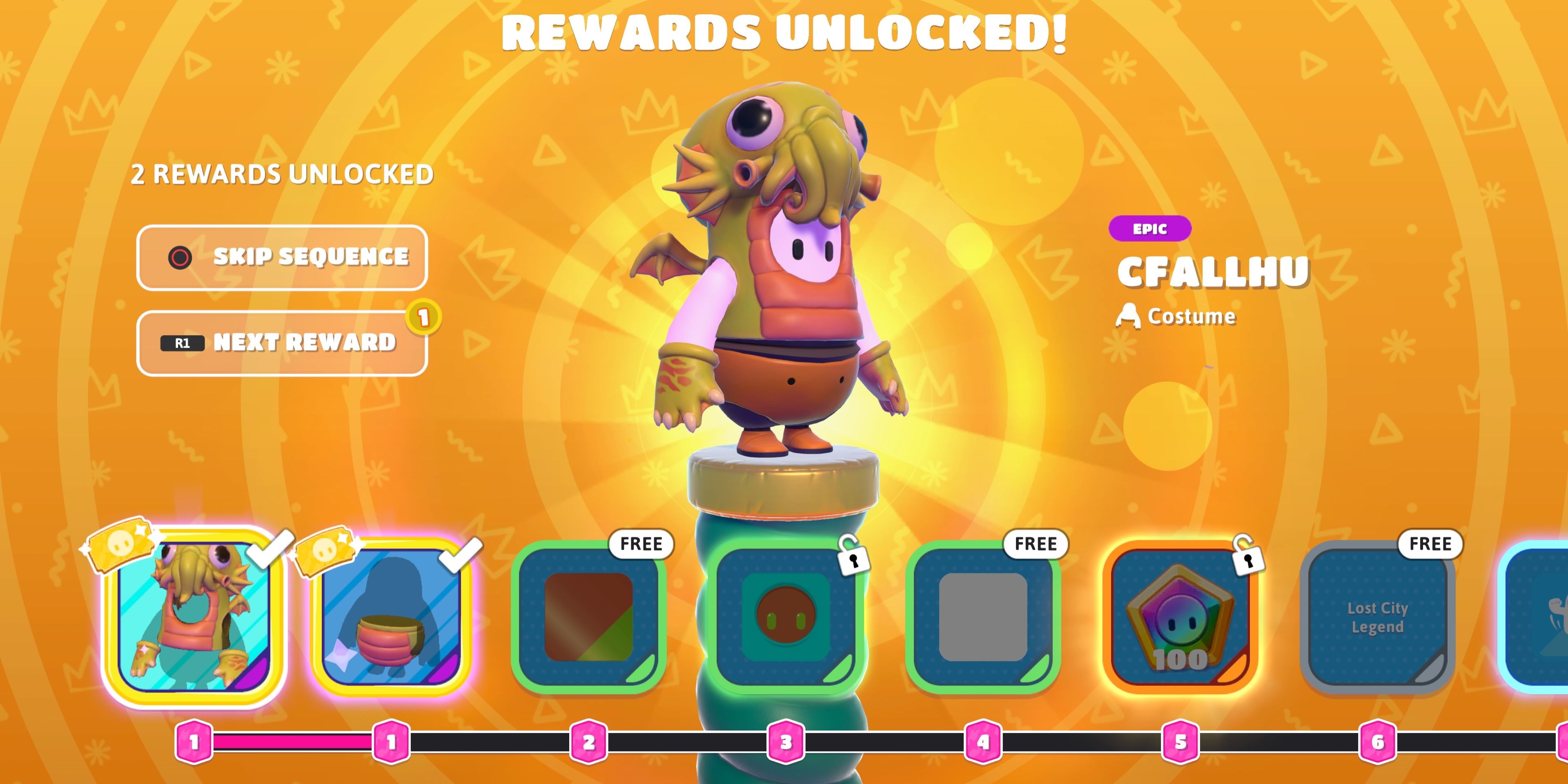 As mentioned previously, there are 200 Season Pass Tiers, each providing you with either in-game currency or an exclusive Season Pass cosmetic item. It bears repeating a final time, although you will still have access to the Season Pass without purchasing the Supercharged version, it's important to note that you will be missing out on the majority of the cosmetic items available.

The majority of rewards earned from Season Pass Tiers 101 to 200 will be the same free reward: 30 Crown Shards. That being said, there are a few cosmetic rewards among these, all of which require the Supercharged version of the Season Pass.