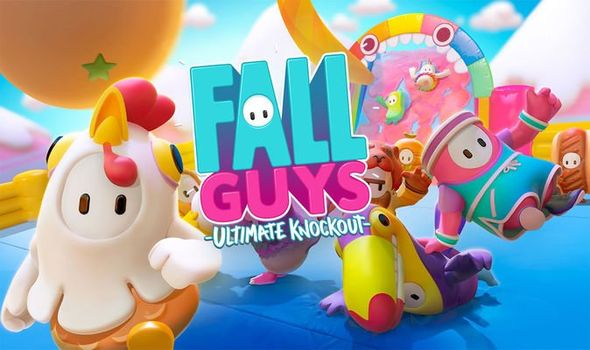 If the recent success of Fall Guys on Twitch is anything to go by, its release on the PS4 platform as part of the PS Plus August 2020 lineup could make it one of the biggest of the coming weeks.

Fall Guys Ultimate Knockout is a 60-player battle royale where instead of weapons, you need to wobble your way to victory through a series of party games/

As recent trailers have shown, Fall Guys includes a lot of obstacle courses that can create pandemonium among the contestants.

This weekend saw Fall Guys go into beta, and overnight turned it into one of the most-watched games on Twitch for the short period of time it was available to play.

It’s a great start for a game that isn’t even out yet, with plenty of hype building on Steam.

But now it’s been confirmed as launching on the PS4 on August 4 as part of the official PS Plus August lineup, Fall Guys could become a very popular game.

Those who played the Fall Guys beta are pretty pumped for its release and we can expect a lot more people downloading it on August 4.

Commenting on its release online, gamers seemed ready to jump in right now:

“60 people play rounds of different games and get knocked out in rounds until one is left. If you’re from the UK it’s like total wipeout or Takeshi’s Castle. Looks so fun and my kid will love it.

“I played the Beta this weekend for Fall Guys and it is so much fun!

“I spent countless hours playing with friends watching each other getting knocked out by flying pieces of fruit!

“The Beta garnered a lot of attention on Twitch over the weekend so keep your eyes on this game!”

“Glad this is the case, like with Rocket League, it will have insane numbers at least for the first month, I hope they do cross play soon.”

Here’s the official description from the PS Plus announcement page, which adds: “Survive a series of hilarious challenges until one victor remains in this colorful 60-person online multiplayer party game!

“Test your mettle in brutal free-for-alls or co-op challenges where only the winning team advances to the next round.

“Bend, bounce and bash your way through hilarious physics-based obstacles, from smashing through doors, to balancing on massive see-saws, to racing up mountains riddled with traps.

“Add a touch of style to your Fall Guy by customizing them with everything from classy pineapple couture to flattering prehistoric fashion.”

The Fall Guys: Ultimate Knockout release date on PS4 has been set for Tuesday, August 4.

The game will be available to download for free from the PlayStation Store until Monday August 31, according to Sony.

Fall Guys is being released alongside Call of Duty Modern Warfare 2 Campaign Remastered, with one big difference.

While Fall Guys fans will have to wait until August 4 to download the Battle Royale madness, MW2 Remastered will be available starting tomorrow, July 28.