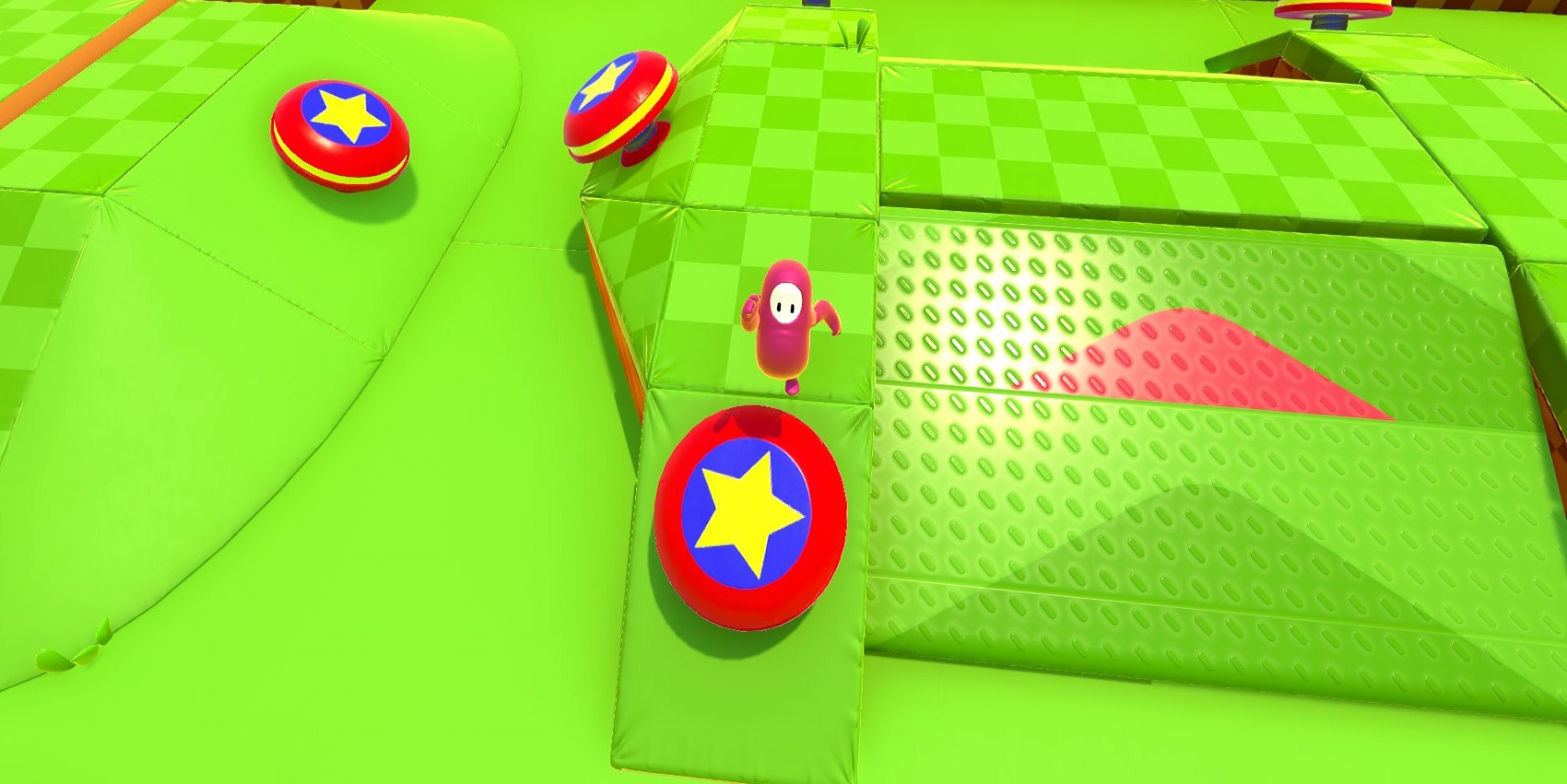 Fans of Sonic The Hedgehog and puns can look forward to Bean Hill Zone in Fall Guys’ August collaboration, according to a new leak.

While its shift to a free-to-play model hasn’t been entirely welcomed by the player base, Fall Guys: Ultimate Knockout is still popular enough to warrant limited crossover events with other franchises.

After two Sonic The Hedgehog collaborations, developer Mediatonic has already confirmed it will bring back the hilariously awful looking Sonic and Knuckles skins, no doubt so Nintendo Switch and Xbox players can get their hands on them.

However, it’s been discovered that the game will also be getting a brand new Sonic themed level, one obviously inspired by Green Hill Zone, the iconic opening stage from the original Sega Mega Drive game.

Rather than a one-to-once recreation of Green Hill Zone, it looks like Mediatonic has instead made something that better suits Fall Guys’ gameplay, but uses Green Hill Zone’s aesthetics, including the palm trees, chequerboard patterned ground, and the classic Sonic springs you bounce on.

You’ll even be able to pick up golden rings like in the Sonic games, presumably for a new gameplay mode. Since it’s an enclosed space rather than a linear level, perhaps it will simply involve trying to collect as many rings as possible.

Considering the Sonic games are known for their fast-paced semi-linear levels, we’re surprised the developers didn’t turn Green Hill Zone into one of Fall Guys’ obstacle courses with the goal being to reach the finish line.

Mediatonic hasn’t officially announced this yet. Instead, footage of the level (apparently dubbed Bean Hill Zone) was datamined and shared online by a Fall Guys leaker only known as Pancake on Twitter and YouTube.

Aside from Sonic and Knuckles, Fall Guys will introduce a brand new skin based on Tails as well, although we don’t know what that one will look like since there’s no official or leaked footage of it.

The collaboration doesn’t have a set date yet and is currently only scheduled for August.