You are here:
Home / Everything You Need To Know About Fragmentation In Halo Infinite

Everything You Need To Know About Fragmentation In Halo Infinite

It's easy to get lost in Halo Infinite for days on end. Between its robust single-player campaign and suite of multiplayer modes, 343 Studios' latest outing is a hit. One particular mode, Big Team Battle, ignites a sense of scale that no other mode — not Slayer, not Fiesta, not any other fight — can achieve.

Big Team Battle presently consists of three gargantuan maps: Fragmentation, Highpower, and Deadlock. The diversity between them warrants an extended look at each, and of the three, Fragmentation likely offers the most complex gameplay. That's not to say the others are overly simplistic by any means, but if you want to learn more about a map that invites a ton of experimentation, this one's for you. 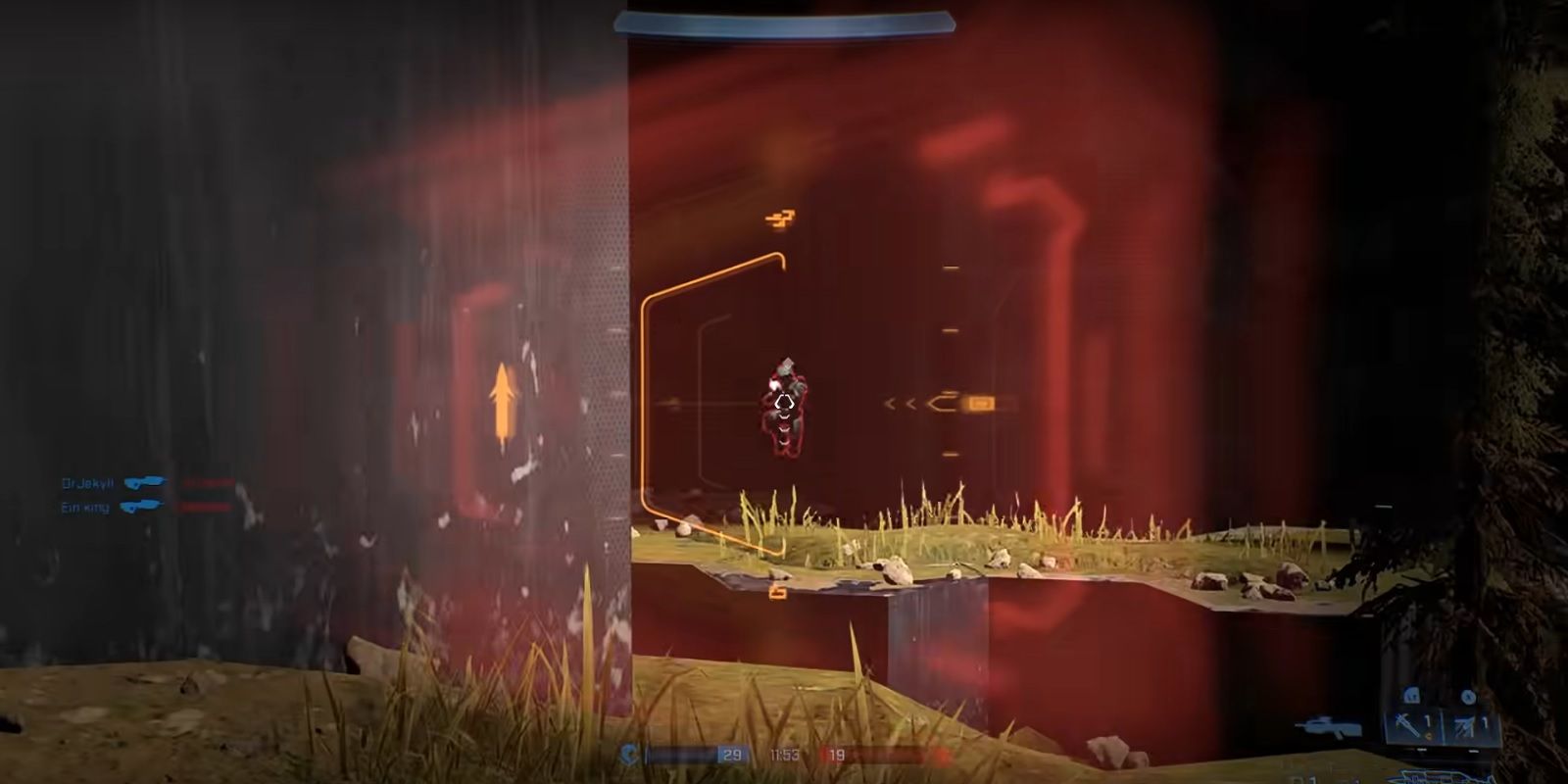 Highpower is the direct path to distress. Two big bases, a bloodthirsty team at each, and plenty of players who will invariably rush to the center with all sorts of tomfoolery. Deadlock is the stadium. It's a massive pit with elevated mounds and narrow paths that forces plenty of players to be seen by the opposition at all times.

Fragmentation is neither form of bloodbath. It demands a greater degree of pathway memorization. It packs a plethora of prime sniping and ambushing bits, but few among them are instantly obvious. There's a certain degree of center-map endless warfare, to be sure, but so much more can happen along the way.

Maybe that borders on waxing poetic, but the point is that you can safely take a lot of what you may know about Highpower and Deadlock and toss it out the airlock. Guns will be drawn at every corner, but there's frequently enough time to scout about and take position away from prying eyes as well. What's more, melee weapons and good old-fashioned punches often take a front seat on Fragmentation, which is good for those of us who enjoy getting up close and personal. 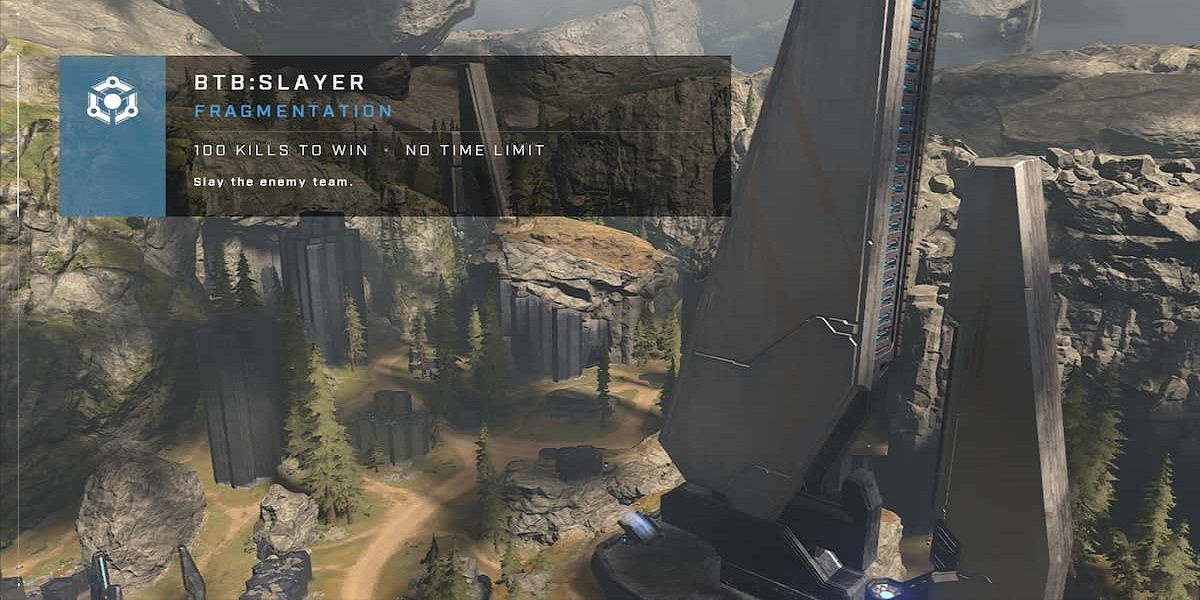 Don't go into Fragmentation with the mindset that you'll be "run-and-gunning" every waking moment unless you're a spectacular shot. Unlike Highpower, with its vast major conflict area, Fragmentation's primary fight venues are varying degrees of narrow. This is because the map is chock full of mountainous terrain. In fact, think of Fragmentation as a winding nature trail with multiple routes.

Team bases are sizable two-story affairs on Fragmentation. The top floor is wide open and oddly reminiscent of Morrowind's Vvardenfell city structures — a strange reference to make in a Halo-focused article, perhaps, but not untrue. The bottom floor has full walls and an overhead roof. It has four corridor entryways. Defenders within are boxed in during a siege, but by the same token, holing up down there and forcing foes to come to you can be a great strategy under the right circumstances.

Vehicles play a role in all three of Halo Infinite's Big Team Battle maps, but they're not quite as pivotal in Fragmentation's Slayer and Total Control modes. That said, Capture the Flag and Stockpile both make excellent use of all those four-wheelers. The advantages of driving a Razorback full of teammates directly to an enemy's flag and high-tailing it back to base are difficult to overstate. Essentially, Razorbacks and Warthogs are Fragmentation taxi rides in the right modes.

Which isn't to say there's no place for Ghosts, Brute Choppers, and the like. Rolling down roads spamming laser fire is not just likely to take a few troops out, but it can serve as a wonderful distraction tactic to keep your foes away from flag and cell carriers — or even Total Control spots.

Lastly, there is a hackable door midway down one of Fragmentation's outer routes. It takes your trusty AI precious seconds to get the door open, but there's a veritable bounty of equipment inside. Possible treasure includes a sword, a gravity hammer, active camo, dynamo grenades, and an overshield. Clever players can turn the interior into a temporary sanctuary once they're inside, jumping out when opponents linger too close to the entrance. 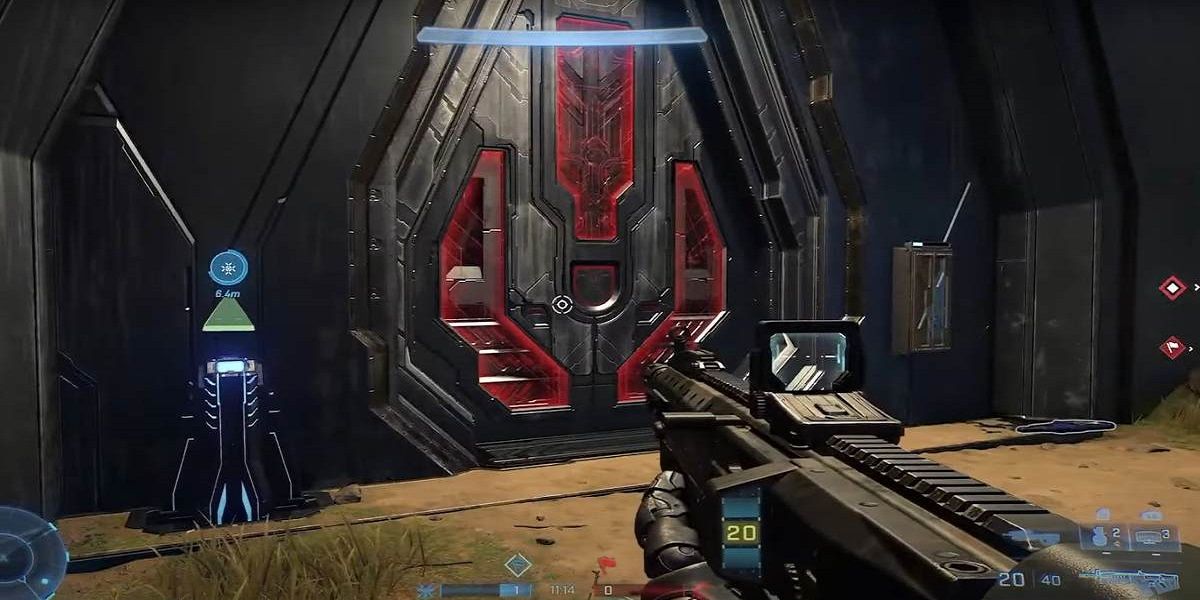 Fragmentation's richly diverse layout invites intriguing analysis for each of Big Team Battle's supported modes. No matter which activity you partake in, there's no mistaking it for any other map. Here are a handful of methods to come out on top.

Nothing screams Halo quite like Slayer. It's the essence of the shooter genre distilled into a bare minimum of rules. In Big Team Battle, your 12-person squad goes up against another, and whichever side reaches 100 kills wins.

Our spotlight map supports Slayer in so many ways. There's something for every play style here; sneaking around like Solid Snake isn't out of the question, nor is hugging a rocky cliff and hopping out with a panic-inducing gravity hammer. On one side of the map, a thin stretch of land towers over a road and connects to a base. Either side of this strip can support snipers with aplomb thanks to a well-placed collection of boulders to hide behind. Just keep checking behind you for fast-approaching foes.

There's a rapid-fire artillery cannon near each base. It's tempting — and justifiably so — to helm the cannon and fire a ridiculously quick rain of bullets down on opponents within its ample range. This is all well and good, but never linger at the artillery for long. Not only is its radius not a full 360 degrees (its swivel range is somewhere closer to 270 degrees), but you're going to become a very yummy target for long-range rifle-wielders at multiple angles.

A savvier strategy is to take turns spraying all those bullets from the artillery and then crouch behind the nearby rocks. To add to this, the active gunner at your team's artillery stands a good chance of getting sniped sooner or later; sticking around nearby ensures your squad's got a replacement the enemy will seldom see coming. A word of advice, however — many players detach the artillery cannon from its stand. We don't recommend this. Carrying it slows you down to tortoise-tier steps, and the ammo magically has a modest limit as soon as the weapon is detached.

The goal of this mode is for your team to control three circular spots on the map at once. There are only ever three active spots, hence the term total control, so a common issue stems from spreading a team too thinly. In Fragmentation, all those branching trails and outcroppings can further convolute the situation. Unless you're playing Halo Infinite with a mic, figuring out why your group keeps running off in separate directions can be frustrating. It's not unlike herding sheep, except there are enemy sheep, and they're shooting your sheep.

Rather than trying to make constant heads or tails of your team's individual tactics, hop on a Warthog, Razorback, Ghost, or Rocket Hog and drive straight into the chaos of one of the active trio of spots. If your vehicle supports shooting and you're in a position where you can pull the trigger, make a mess of your surroundings. You're essentially blitzkrieging your rivals, but a little extra chaos keeps them on their toes.

If you're not a fan of dying a bunch of times in the inevitable aftermath of Spartan road rage, consider sacrificing yourself with a SPANKR instead. The crudely titled weapon can blast foes to pieces in one not-at-all-clean shot, even at mid-range. It takes a full four seconds to reload, which in Halo multiplayer terms is slow as molasses, but if you can get a couple of shots off at a control spot teeming with enemy players, you might just clear it entirely for your team before someone sees you and tries to end you.

Capture the Flag is Fragmentation at its finest. Unlike with Highpower and Deadlock, both sides' flags actually alter their location once the opposing team has scored. The first location is at the center of a glowing group of arches near the corresponding base's artillery cannon.

It is here that players are drawn to that cannon like moths to the flame. That flame can and will punish you if you rush straight at it. You'll be mowed down. Better to sneak around the elevated earth upon which the cannon is placed and instant-kill with a punch to their back. Time it right, and you can even go guns blazing on some of the other players defending your enemy's flag.

That's a good protective strategy, but what about snagging that flag? Hop into an armored vehicle as previously mentioned. Bring a party, a full house, a Razorback filled with players who are all happy to hop out on a second's notice, grab the flag, get back into the passenger's seat, and enjoy a leisurely drive back to base. (It won't be leisurely. You might die. So it goes.)

Once that first flag has been captured, the second one spawns on a base's bottom floor. If you're down there playing defense, expect players to rush in, tossing grenades ahead of them to wear you down before shooting up a storm with Commandos, Sentinel Beams, the works. Weapon lockers containing both are littered around the bases to boot.

One way to catch those grenadiers off-guard is to drive a Warthog into the bottom floor and stay stationed at its turret. You'll still take some damage, but who leaps into an enclosed inside space expecting to go up against a death-dealing army truck?

To get the enemy's bottom-floor flag, consider picking up the always-reliable Grappleshot from one of its spawn points along Fragmentation's trails. Hack into the map's door for a melee weapon, hook a defender with the Grappleshot, and slice and dice your way through them all. The third flag is much like the second, except it's upstairs, so use similar tactics and be sure to grab the explosive canisters when pressed to toss at players for major damage.

Think of Stockpile on Fragmentation as a more concise Capture the Flag. The terminals that players need to deliver power cells to are on the upper floor of their base. This never changes, so it transforms one's outlook on that upper floor into something of a constant flag delivery post.

The small open area near the hackable door often drops a high number of power cells. This pits players against each other around that spot for a bulk of the match, but don't neglect the middle region with the hollowed-out manmade tunnel. This stage can turn ugly very quickly, as a bulk of the remaining power cells can drop on either side. Better to snipe from one of those cliffs facing the area, keeping cells in the dirt for allies to snatch.

If your adversaries seem to be moving in packs, stealing your power cells in a coordinated effort, there's a good chance their fireteam is using a mic. Don't try to stop them near your terminal, because they're going to know you're there. Instead, secure a long-range weapon and aim for their head right when they're busy trying to pilfer a cell. Eventually, they'll get slick to your own slickness, but you can prevent a catastrophe moments in the making at least once in this manner.