You are here:
Home / Every Ys Game From Worst To Best, Ranked

Every Ys Game From Worst To Best, Ranked

Ys is an interesting series. Not only is it one of the most important RPG franchises in the entire gaming medium, it’s also one of the more obscure, at least outside of Japan. For whatever reason, Ys never fully took off in the west, even in the face of consistent localizations throughout most of its run.

As a result, these games are quite beloved by fans but ignored by the general populace. This is a shame, as multiple entries in the franchise make up some of the best RPGs to ever be developed. Looking at only the canonical games (with one very notable exception), it’s time to take a dive into every Ys game worth playing.

Updated on April 1st, 2021: Ys IX: Monstrum Nox recently released internationally and will by all accounts be the last game to use the SEVEN Engine. As Falcom looks towards the future, Ys will more than likely settle into a new gameplay style once Ys X hits. While flawed, Monstrum Nox itself is a worthy finale for the SEVEN Engine (if this does indeed end up being the case), while one of Adol Christin’s most introspective journeys yet. More story driven than most games in the series, Monstrum Nox is proof that Ys won’t stop growing anytime soon. 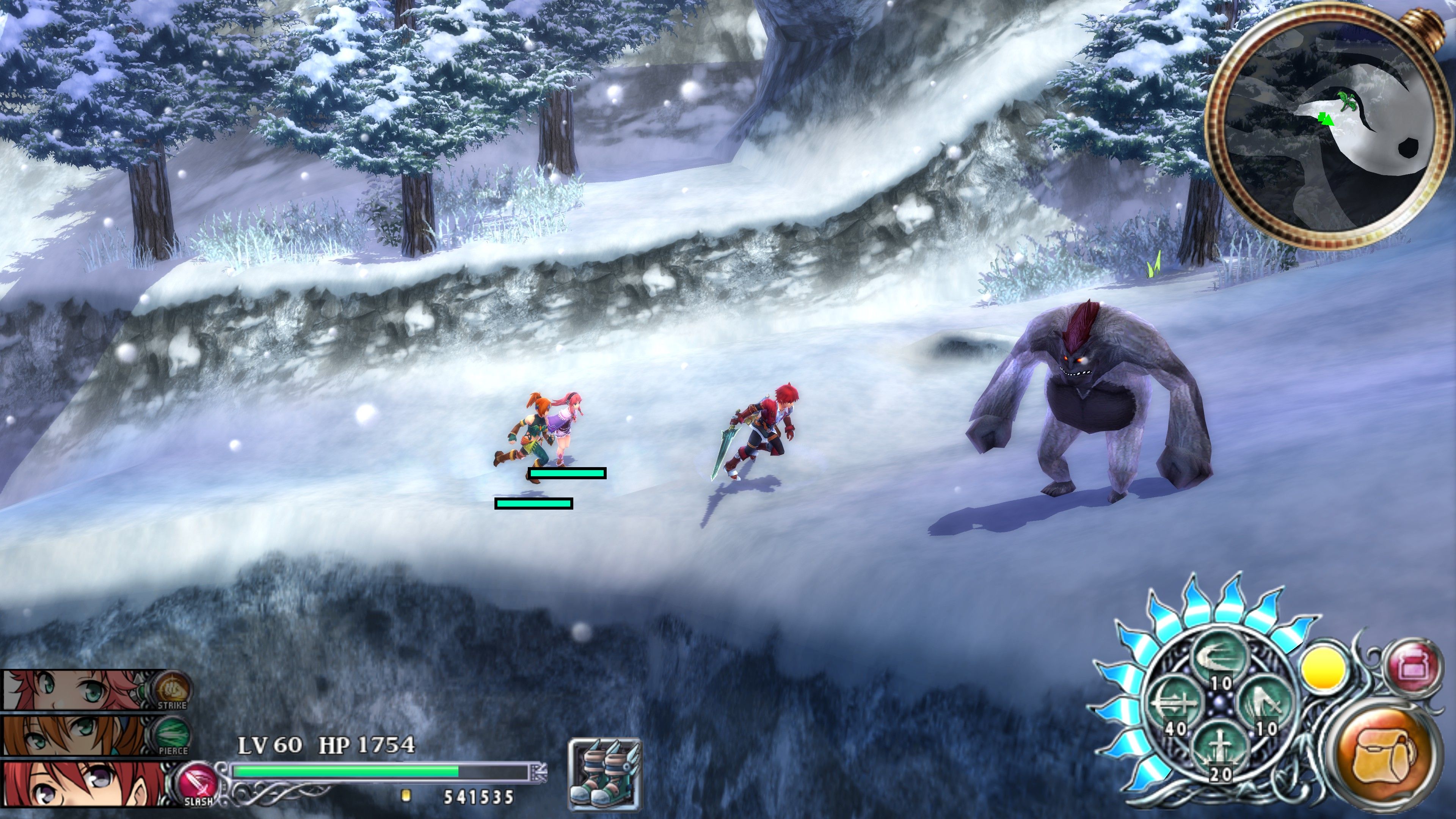 Memories of Celceta has some fairly specific issues that other entries in the franchise lack. While it tells a generally decent story — one that actually adds a layer of intimacy to protagonist Adol Christin’s character — there’s a rushed quality that can’t exactly be ignored. Memories of Celceta doesn’t so much end, as it stops, leading to a very uninspired finale.

That said, the dungeons are generally well designed, the gameplay is as solid as ever, and Celceta stands out as one of the more interesting settings in the franchise. In an ideal world, Memories of Celceta would be more refined, but it goes to show that even at its worst, the Ys series is worth experiencing. 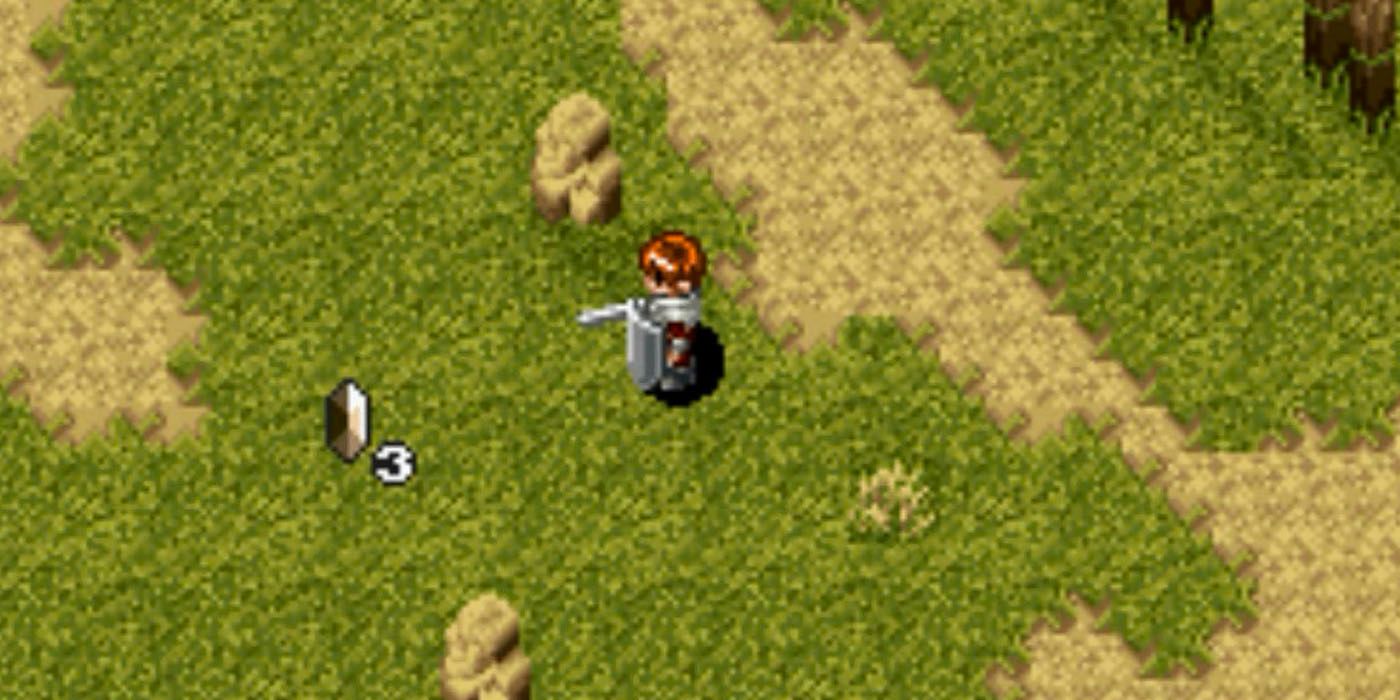 That said, Kefin is a bit of a mixed bag. As an Ys game, it’s on the underwhelming side, lacking in many of the series’ staples. As a Super Nintendo action RPG, however, it’s gripping, exciting, and in the upper echelon. Lost Kefin is pitifully easy for the series, but the released Ys V Expert does help balance the game considerably. 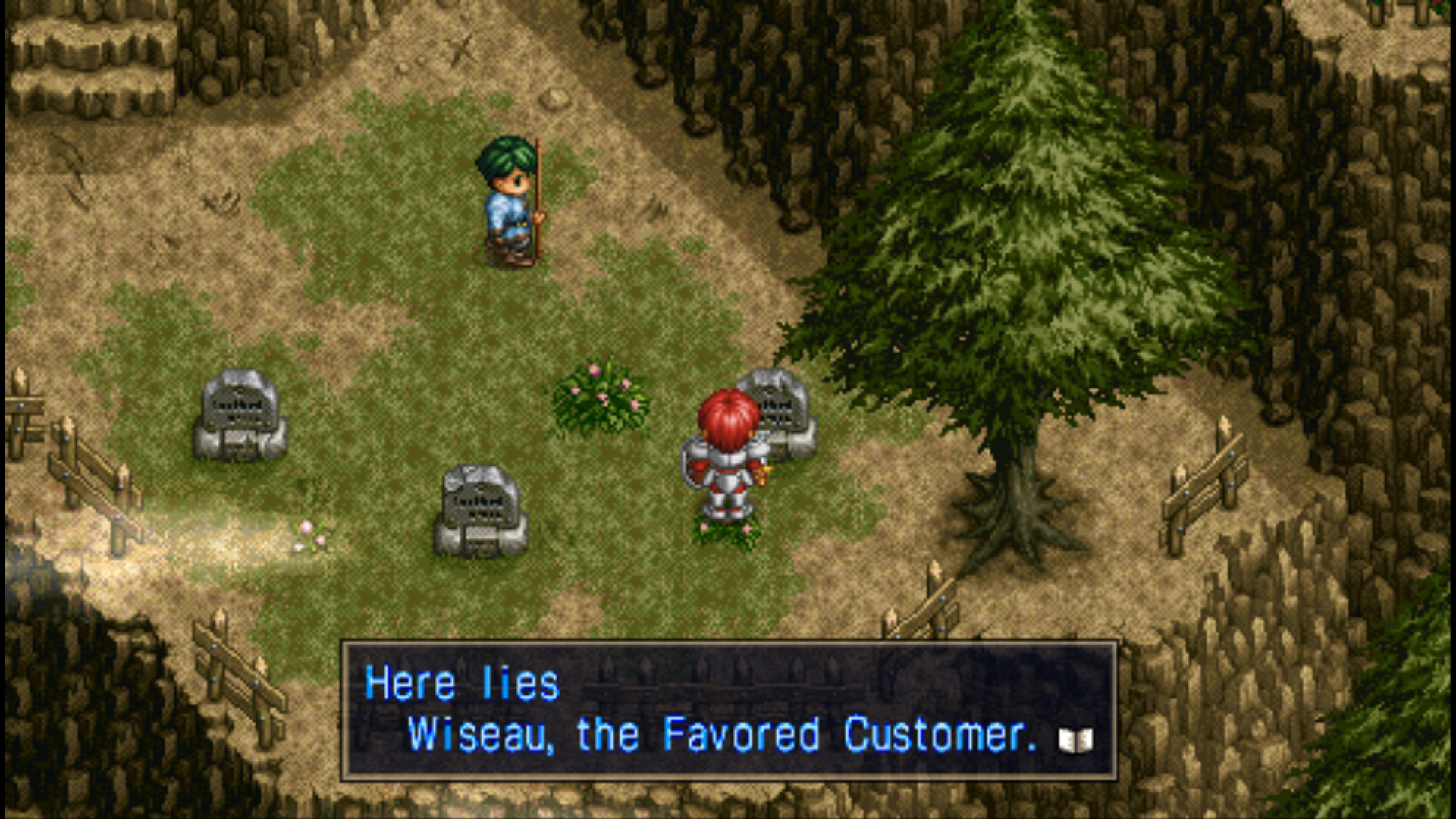 Although Ys I & II are more often than not bundled together as a duology, they very much are two distinct games. What keeps II from reaching its predecessor’s success mainly comes down to gameplay specifics.

The first game focuses on melee combat whereas the second focuses on magic. As a result, Ys II isn’t nearly as tight a game. With that in mind, however, II is still an excellent continuation of the first game, if a bit underwhelming at times. The whole downgrade is worth it if only to experience one of the most important endings in video game history. 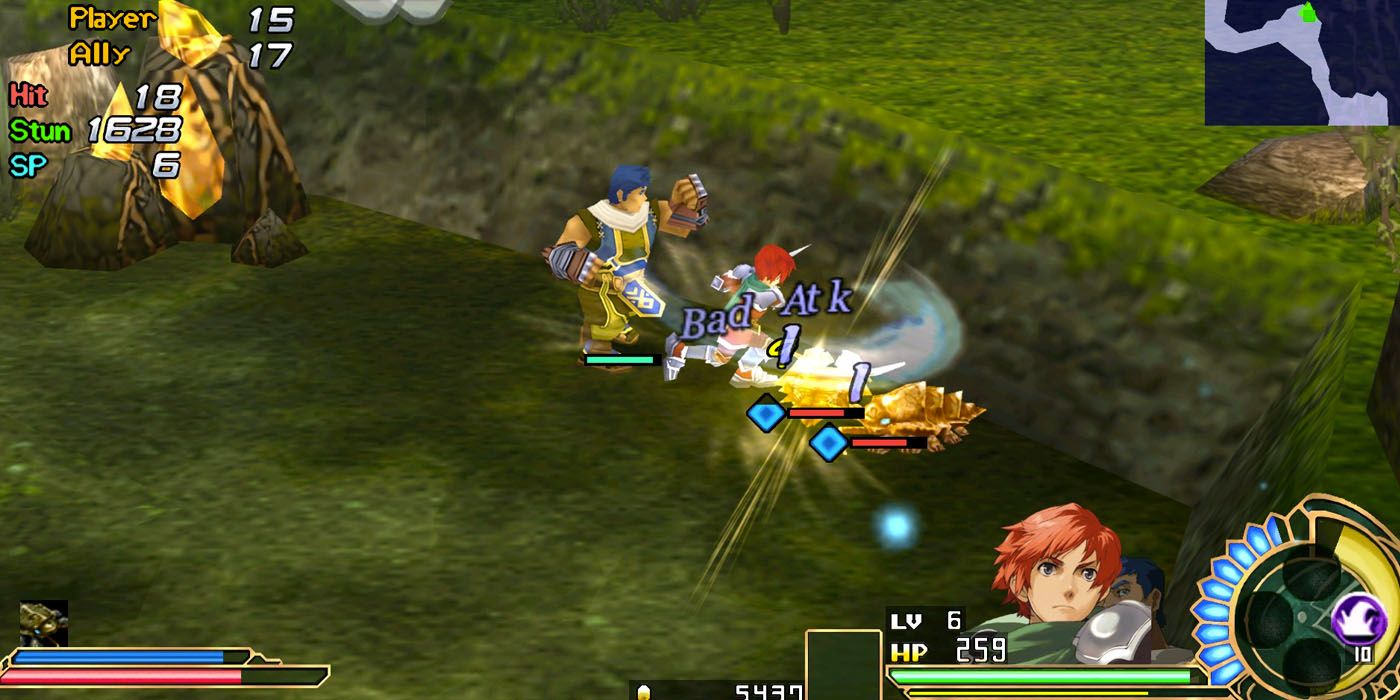 Ys Seven wasn’t the first game to feature playable characters who weren’t Adol, but it was the first to feature a party system rather than the solo adventures the series had become known for. Frankly, it shows, as Seven is a bit rough around the edges while dedicating its first half to a cliché-driven plot.

Only to break away from said clichés spectacularly in the second half, that is. It doesn’t make up for the rather underwhelming first half, but Seven is a unique game that tried something new at a point where Ys was arguably at its peak. Seven is a bold game that may not succeed in all the ways it hopes to but stands strong regardless. 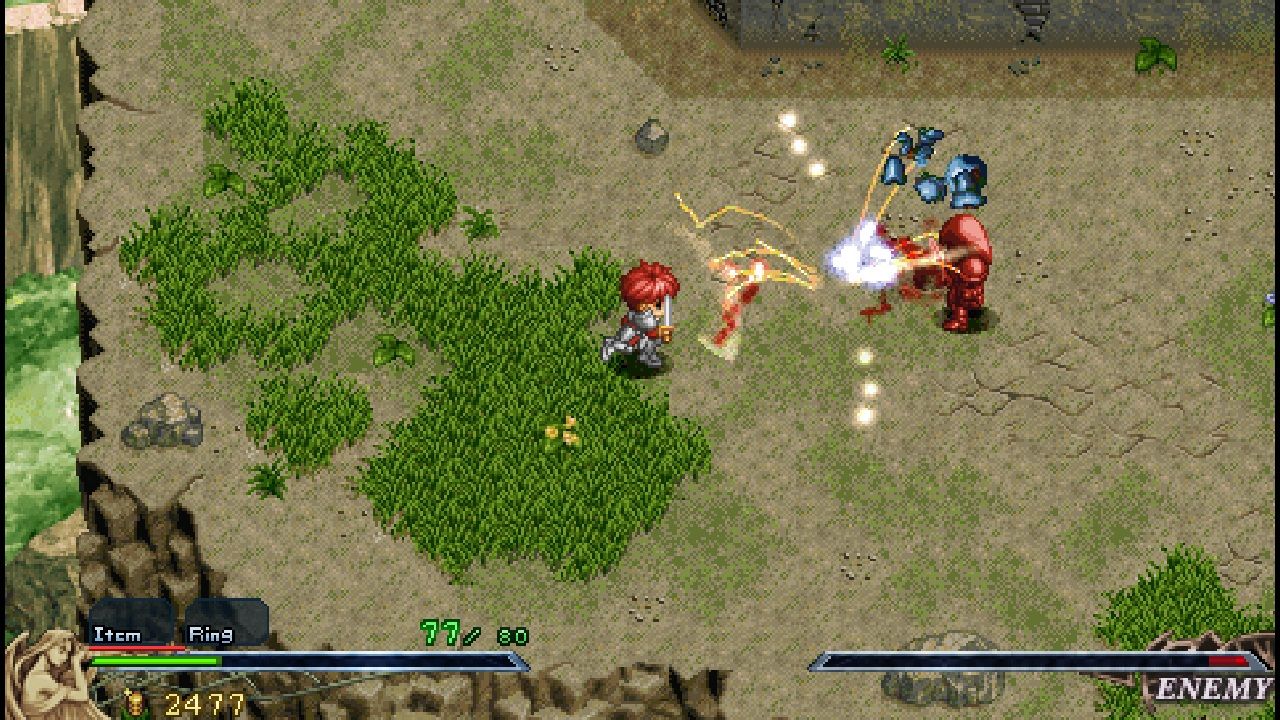 The game that started it all, Ys I can be a bit off-putting, given how archaic its overall level design is. But that doesn’t mean it isn’t a great game that proudly stands the test of time. In many respects, Ys I is very reminiscent of the original Legend of Zelda, perhaps even sharing inspiration with the Nintendo classic.

More importantly, Ys I is ahead of its time, featuring a well-told story that only increases in scope, outstanding boss fights, and an incredible score. The RPG is a bit on the short side and bump combat can be frustrating for newcomers, but Ys I is a legendary game that deserves more love. 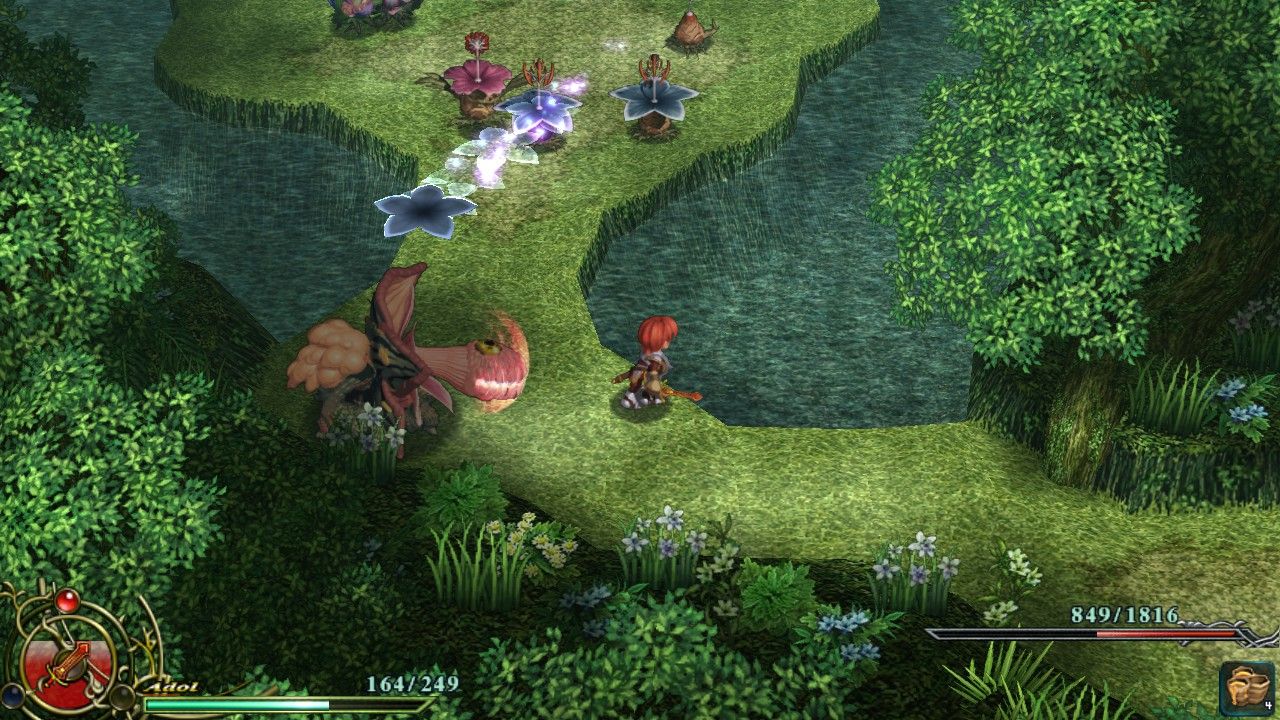 The Ark of Napishtim might not have the same legacy as Ys I, but it’s just as important a game. Following the release of Lost Kefin, the franchise took a nearly decade-long hiatus. It was only broken with the release of The Ark of Napishtim, a game that took influences from every single entry in the series while radically changing up the gameplay.

Instead of bump combat or traditional combat ala Zelda, The Ark of Napishtim emphasized high octane hack and slash action with an overhead view, all while telling one of the most classically epic stories in the franchise’s history. It’s the game that saved Ys and ushered in a golden age of gameplay for the series. 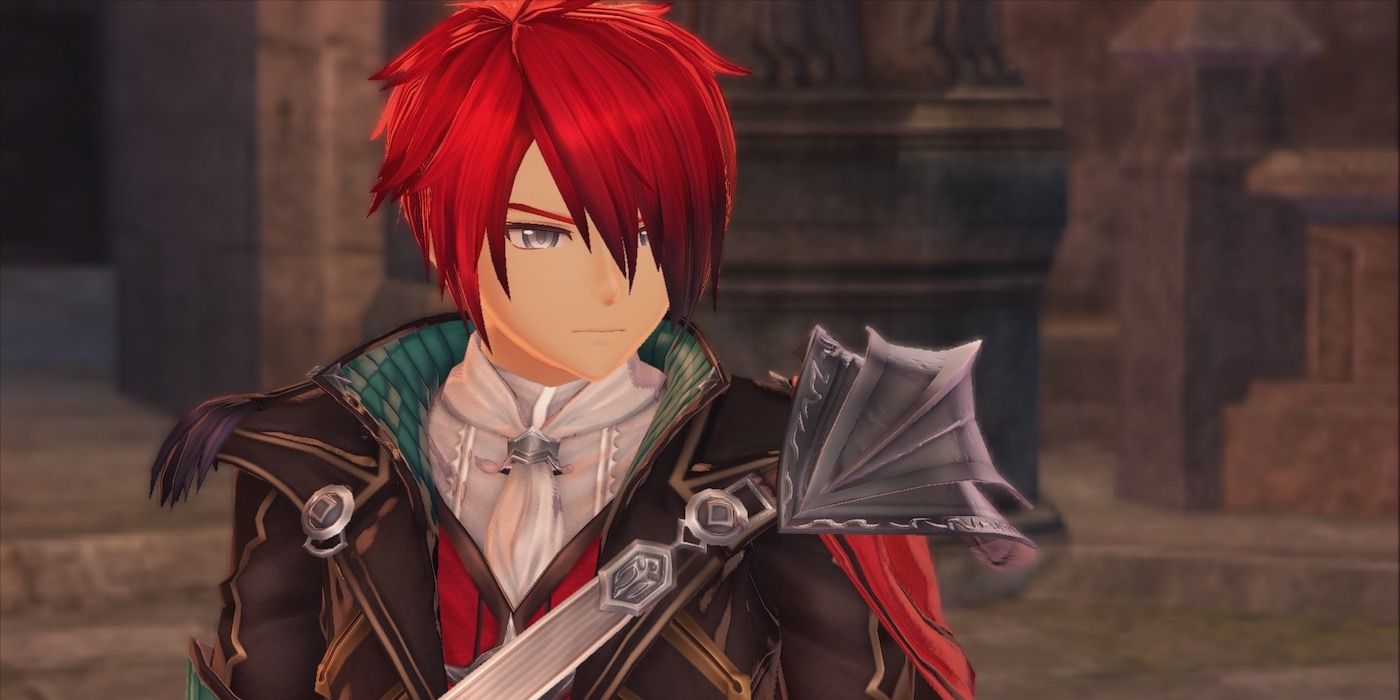 The latest installment in the franchise, Ys IX: Monstrum Nox is also the last game in the timeline chronologically (for now). Monstrum Nox focuses heavily on Adol’s reputation as an adventurer, as well as themes of identity. While Ys IX is held back by denser storytelling than any of its predecessors – in turn hurting the game’s overall pace – the dungeon design and combat are arguably the best in the SEVEN Engine. Ys still isn’t back to its glory days as far as difficulty is concerned, but IX’s Monstrum abilities add a layer of verticality to boss fights and exploration that’s greatly redefined the franchise’s gameplay loop for the better. 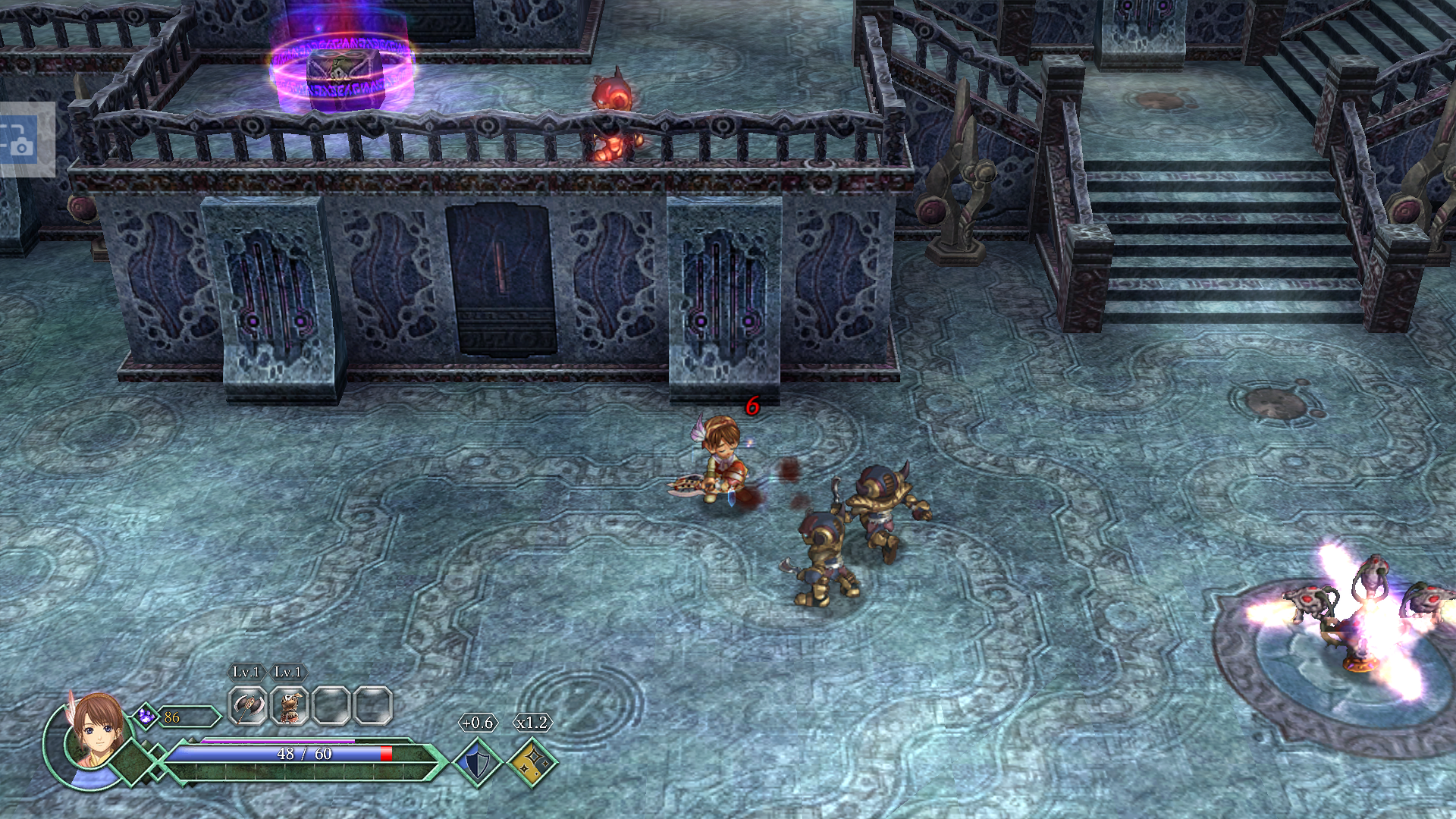 The first, and so far only, canonical game in the series to not star Adol, Ys Origin takes place 700 years before the events of the first game. A love letter to all things Ys, Origin was the last game to use the Napishtim Engine, and it goes out on an absolute bang, featuring three distinct play styles and some of the best bosses in the series.

With an equally compelling story to boot, Origin is one of the franchise’s high points. Playing through the same game three times for the full experience can be a bit tedious, but Origin paces itself well enough where this is only ever an issue when starting up a new playthrough. As soon as the first boss hits, it’s smooth sailing. 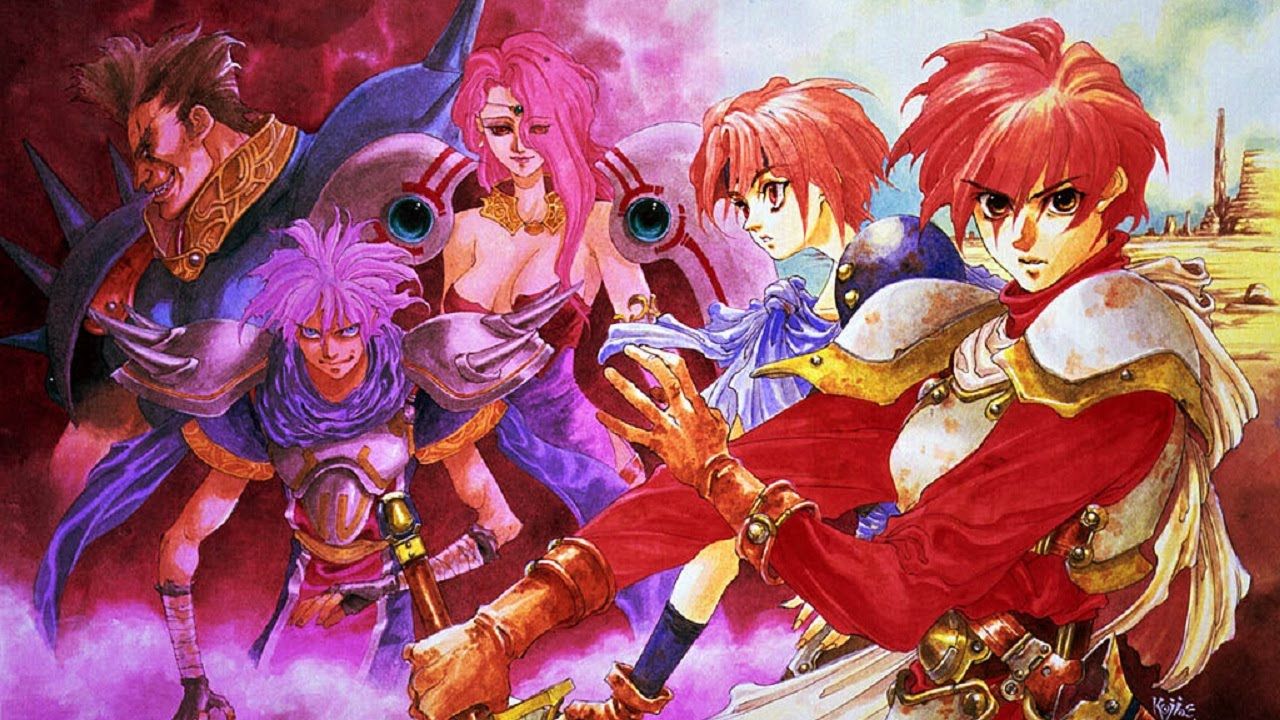 The Dawn of Ys is the only non-canon Ys game that compares to the rest of the series, even outshining most entries in the franchise. The “fourth” game, The Dawn of Ys was retconned by Memories of Celceta (technically by Mask of the Sun in the olden days), but it’s nonetheless a triumph in game design.

Any fan who likes the first two games or just bump combat in general owes it to themselves to seek The Dawn of Ys out. Dawn has some of the best music, dungeons, and boss fights in the series. The story is simple for Ys but executed so well that it hardly matters. In many respects, this is the Return of the Jedi to Ys I & II, if Return of the Jedi were retconned years later. 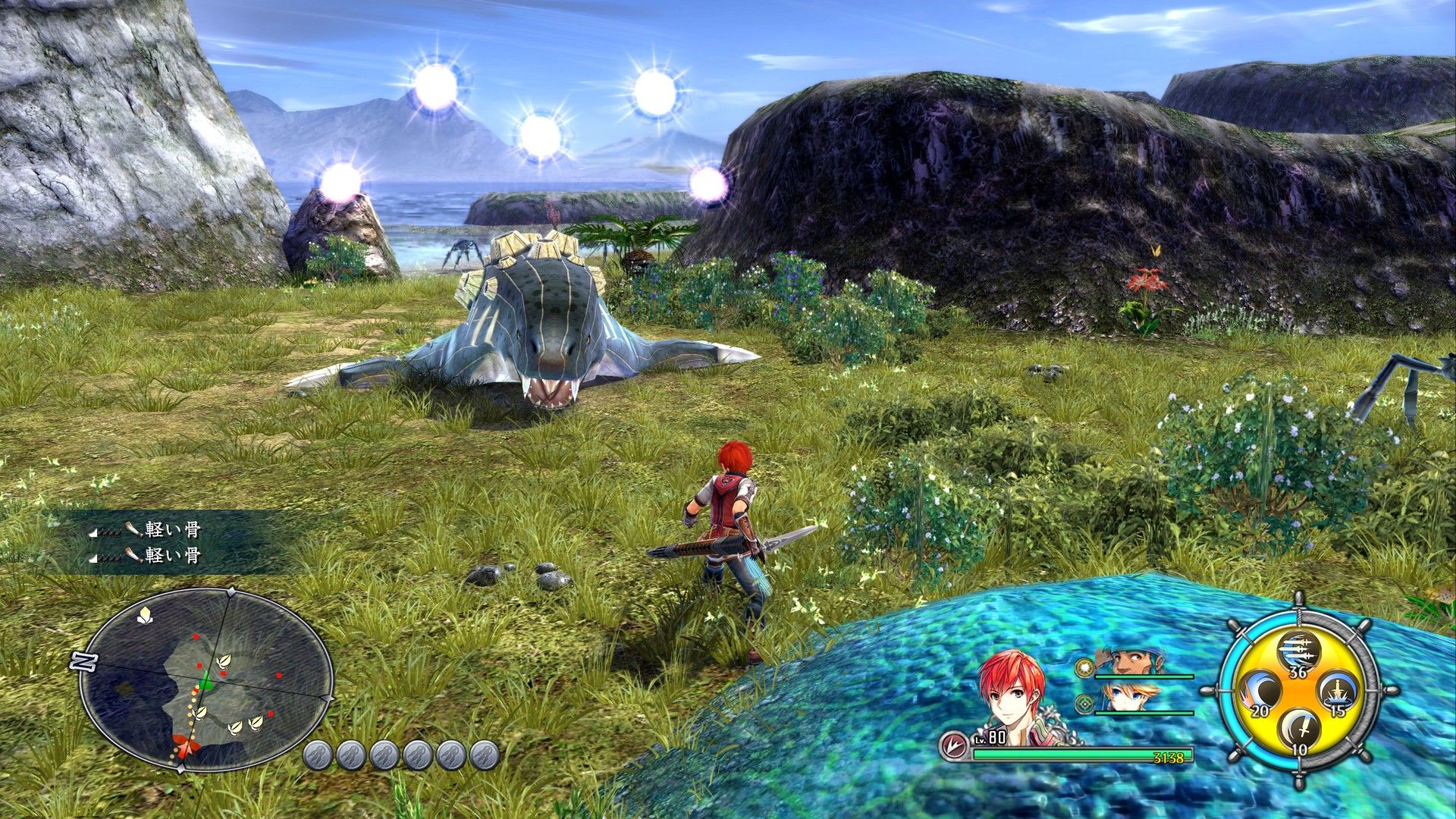 Lacrimosa of Dana suffered a rather unfortunate case of “Incompetent Localization” upon its release, but it’s since gotten a much-needed updated script. Aside from that, however, Ys VIII is a standout entry in the franchise, balancing what’s easily the series’ best story with some of the series’ best gameplay.

Along with being the single longest installment in the series, Lacrimosa of Dana will likely go down as Ys’ “second” Ark of Napishtim, the game that all future entries build themselves off of – a notion Ys IX very much reflects. Lacrimosa of Dana is as close to perfect Ys has come since The Oath in Felghana. Speaking of… 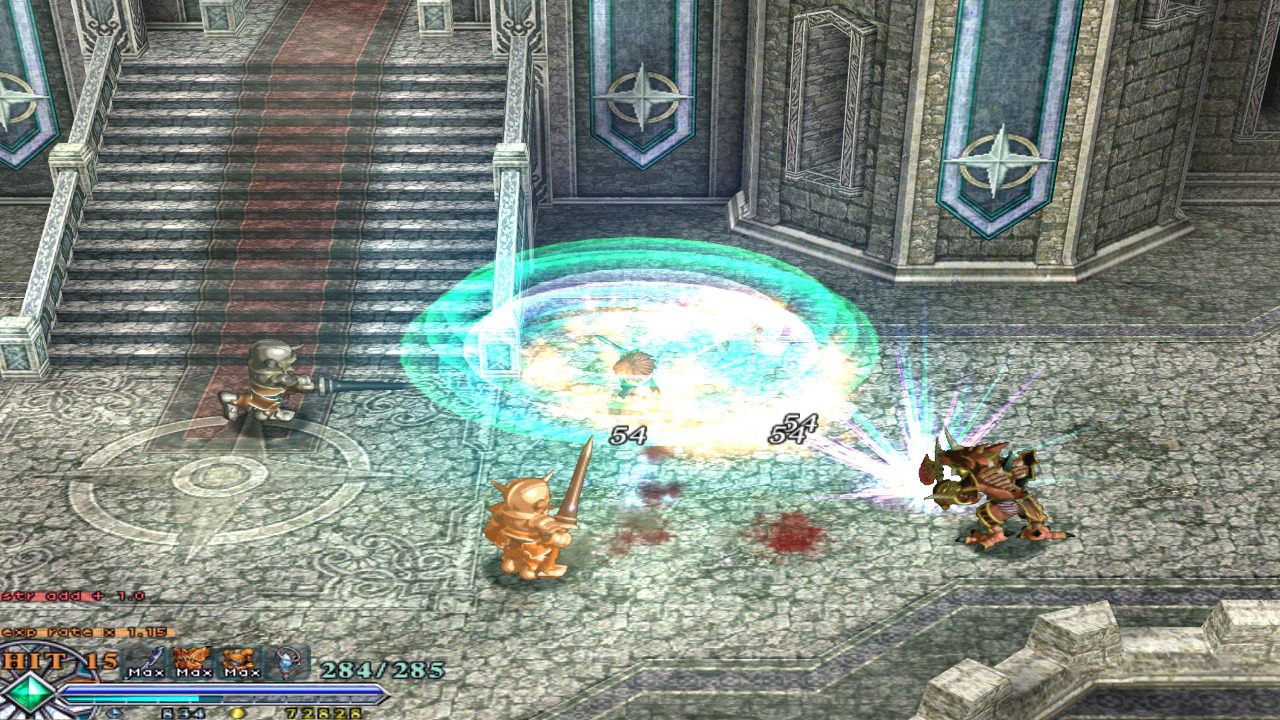 Even if it’s light on story, Oath manages to tell a small stakes plot filled with character drama. It’s not a particularly important entry in Ys’ catalog, but it isn’t trying to be. It understands its limitations and chooses to excel based on its strengths alone. Few games come close to being as expertly designed as The Oath in Felghana.

NEXT: The 10 Best Western Role-Playing Games (According To Metacritic) 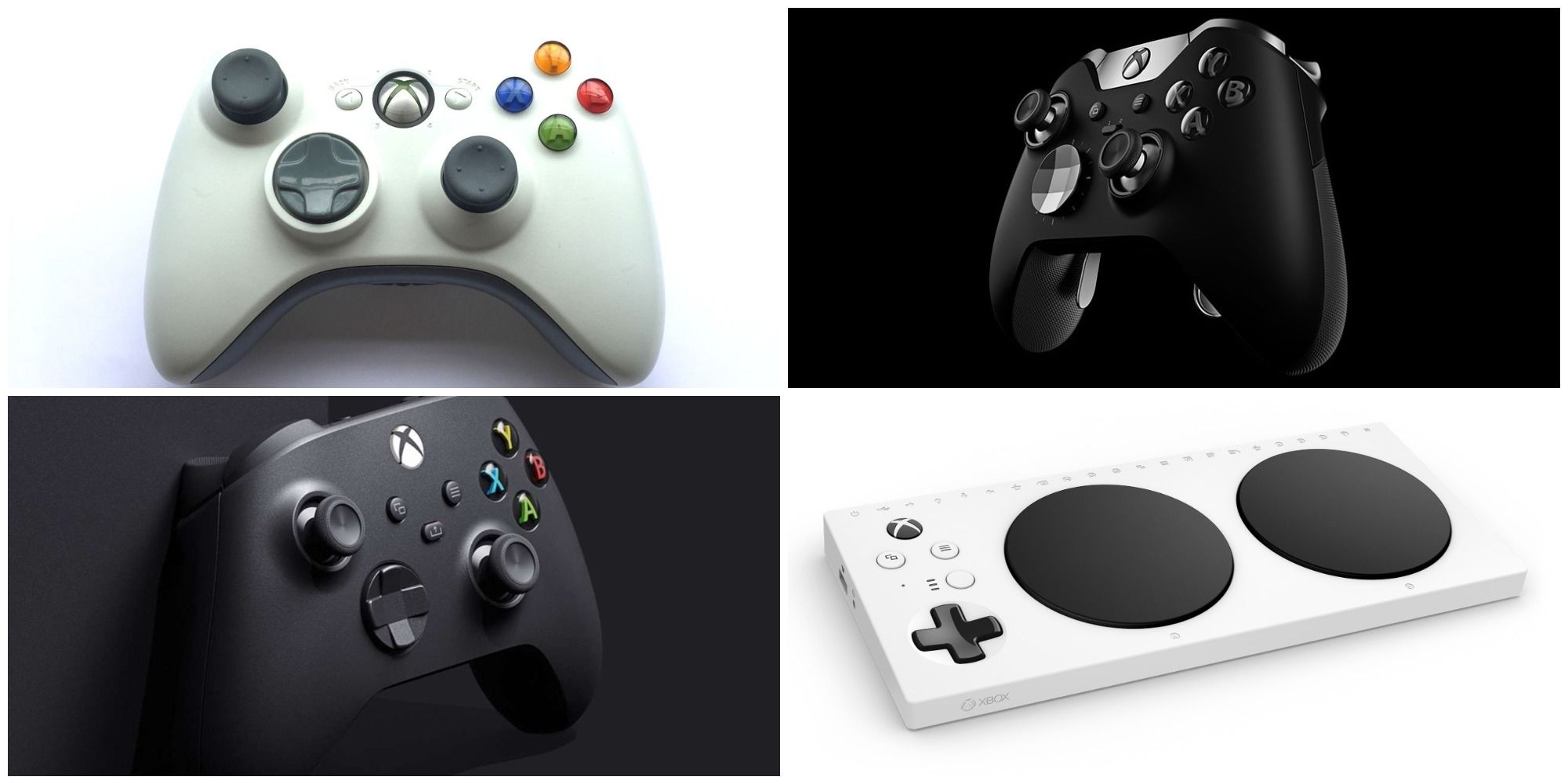