You are here:
Home / Every Major Kingdom Hearts 3 Spoiler Explained

Kingdom Hearts 3 is the twelfth game in the Square Enix/Disney mega-crossover series, and that sentence alone should set the tone for how convoluted this project is. To add another layer of mystery, KH3 concludes what is known as the Dark Seeker Saga, which followed the Keyblad Wielder's battles against Xehanort.

Moreover, KH3 was dealt the mighty task of tying together the plotlines (and multiple incarnations of) over 30 characters, and that's before the Disney characters are factored into play. Because of this and the creative team's style-over-logic vibe, the third act of the "third" Kingdom Hearts game is basically a five-hour cut scene with boss fights sprinkled in. We get it. That's a lot to digest. Let's walk through it together.

5 The Fates Of The Heroes

The Heroes Save The Universe 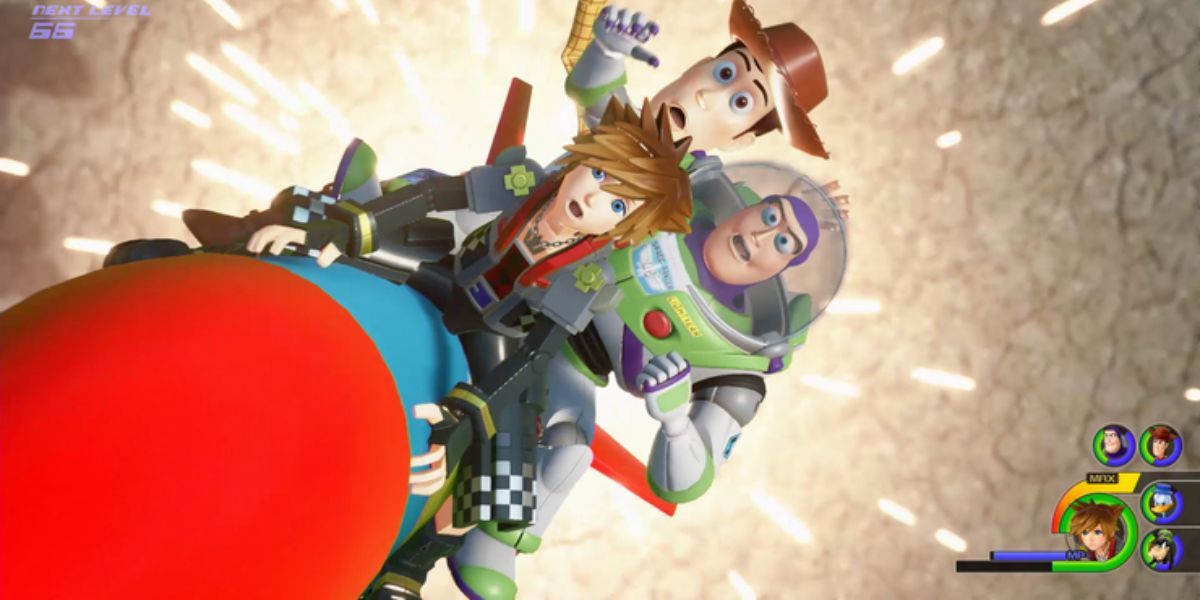 The final battle features every main character losing their heart to the darkness and then subsequently regaining them thanks to time travel antics. It also features a sequence in which Sora rides a tsunami of flying Keyblades and Donald uses a magic spell so powerful that it's never been used by any Final Fantasy character that wasn't a god. So that's neat.

But Xehanort also forms the χ-blade, the ultimate Keyblade, capable of opening Kingdom Hearts (it's a door and a moon and a realm, and it's weird… just know that it's super powerful for anyone who can control it). Even with the most powerful weapon in the universe, Sora, Donald, and Goofy curb stomp him across multiple timelines. Sora takes the χ-blade and uses it to seal Kingdom Hearts once again, thus saving literally everyone and everything. 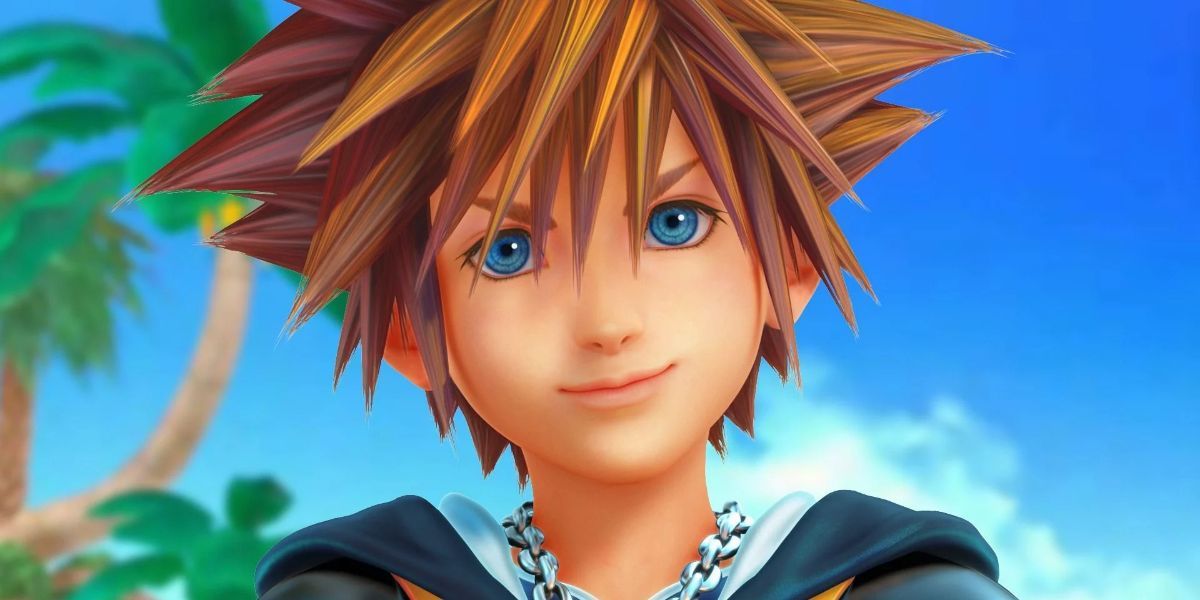 Sora is the kindhearted and clumsy protagonist who knows how to do super parkour so long as a cutscene isn't playing. He was first introduced in KH1, and has shown his smiling, dorky face in every game. He's the Keyblade Wielder who never quits, no matter how outmatched he is.

During the final battle, Xehanort unalives Kairi (remember, only very nearly almost), and Sora goes on a dangerous journey into Kingdom Hearts to save her and, in doing so, dies. We think. Even though we see him in the Secret Ending and play as him in the DLC (we're getting there), and he's very obviously the protagonist of Kingdom Hearts 4, neither of those facts necessarily contradict his apparent demise because that's just the kind of game that Kingdom Hearts is.

Mickey, Donald, And Goofy Are Ready For More 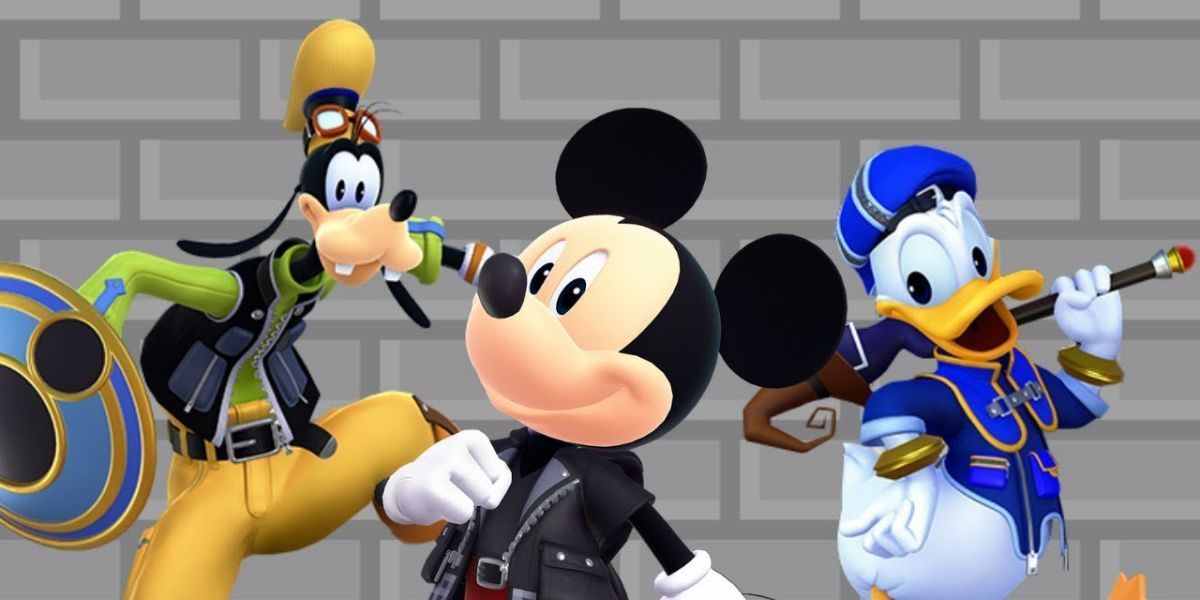 These heroes need little introduction, as their histories span far beyond the beginning of this series. However, in Kingdom Hearts, Mickey is a king and a Keyblade Master, Donald is a mage, and Goofy is a knight. They all first appeared in KH1. Donald and Goofy are by Sora's side whenever possible, and Mickey basically does his own royal thing.

Aside from Donald's deific power reveal, these three stay primarily safe in the final battle. Mickey gets a larger role in the DLC (again, we'll get to that later, we promise).

Roxas, Namine, And Xion Are Saved 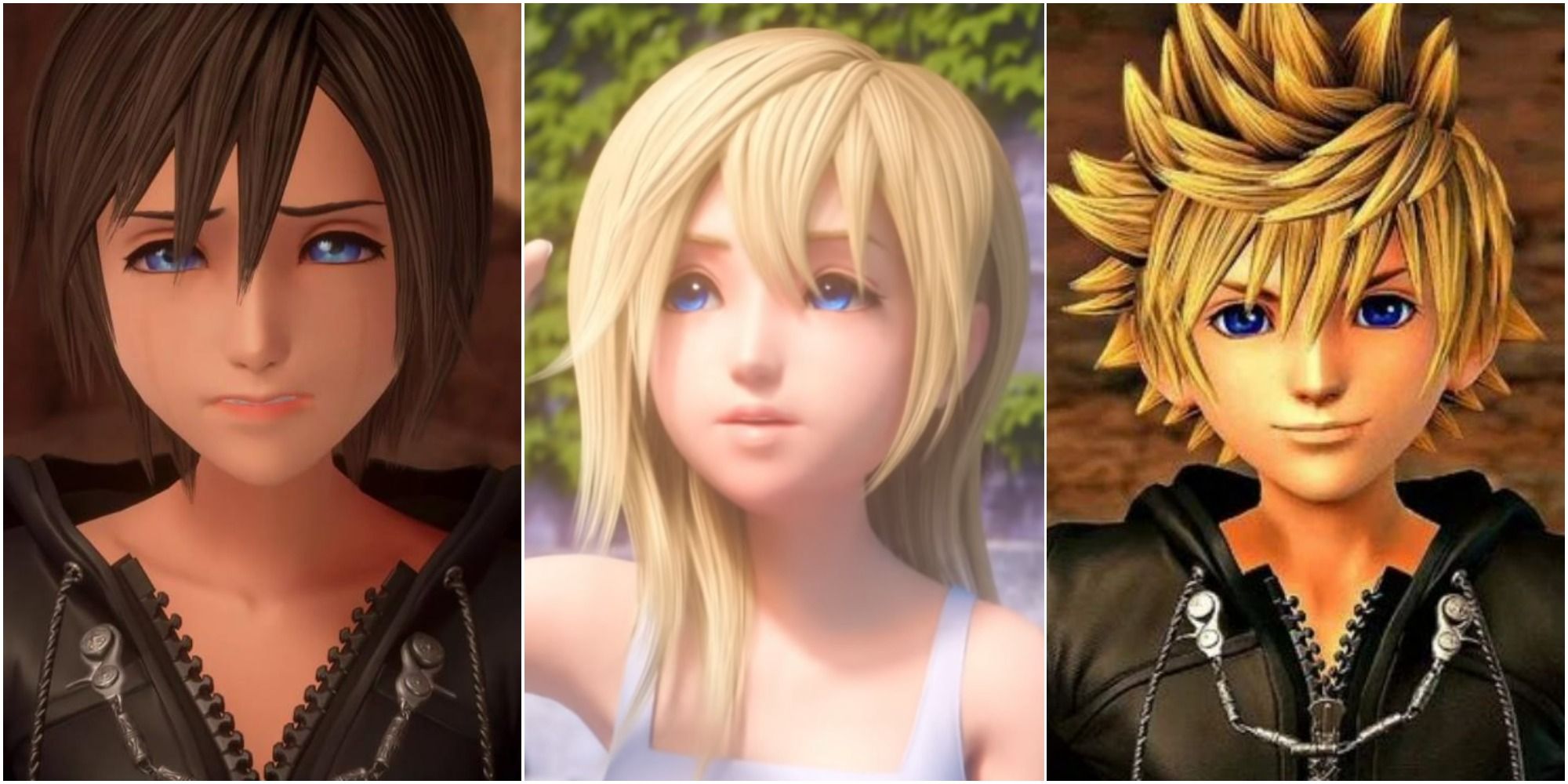 Roxas, Sora's Nobody (a being given form when a strong heart falls to darkness, thus becoming their twilight echo), Namine, Kairi's Nobody, and Xion, a clone of Roxas, are characters introduced in Kingdom Hearts: 358/2 Days and Kingdom Hearts: Chain Of Memories. They're all echoes of other life and suffer because of it. Sora promises to help each of them become whole.

The final battle between good and evil begins in the Keyblade Graveyard, a desert full of broken keys and (although never mentioned) probably corpses. One of the replicas (empty husks waiting to be puppeteered by a living soul) fighting on Xehanort's side reveals themselves to be Xion, who's been remade. It's not super clear. Another one of the replicas reveals itself to be Roxas, and both of them join Sora and the gang to conquer darkness. As for Namine, she's gifted a replica shell of her own, one that's in Radiant Garden (thanks to a replica wielding clone of Riku), far from the fighting.

Ventus, Terra, And Aqua Are Saved 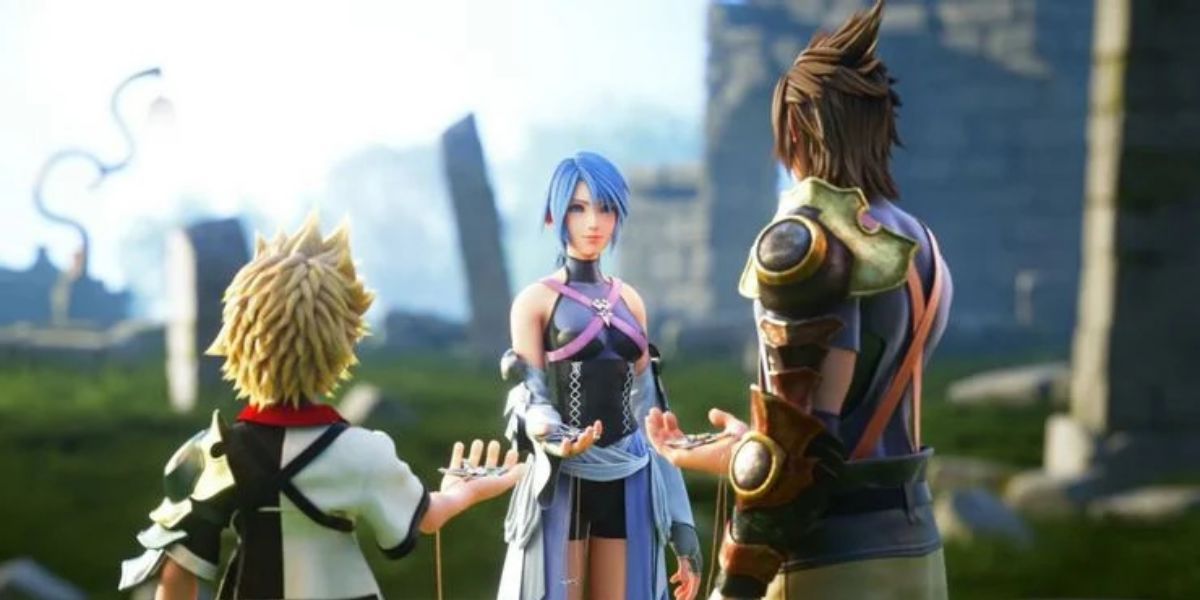 Ventus, Terra, and Aqua are Keyblade Wielders who were a part of the battle long before Sora even knew what a Keyblade was and were all three introduced in Kingdom Hearts Birth By Sleep. Terra was tricked into becoming a new, younger vessel for Xehanort to control. Ventus nearly died before his heart (the metaphorical soul one, not the organ) hid inside Sora. Aqua fell into darkness (it's a literal realm, and it's very hell-ish).

Mickey, who knew Aqua was down there for an entire decade, finally decides to do something about it and leads Riku and Sora to her rescue. Aqua immediately leads them to where she hid Ventus' hibernating body – in a haunted magic nightmare castle (Castle Oblivion, the setting for Chain Of Memories and the trio's old training ground). Ventus' heart returns to complete him. In the Keyblade Graveyard, Terra is rescued after Xehanort is thoroughly – and we mean thoroughly – beat out of him.

4 Axel And Kairi Are Basically Benched 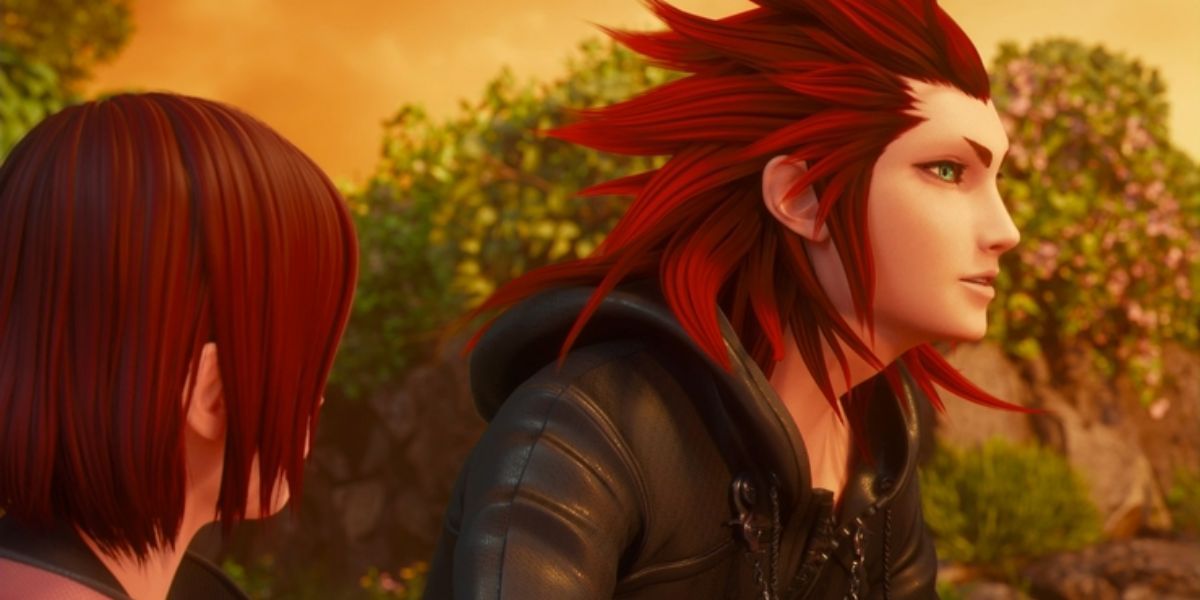 It doesn't really pay off in the final battle, where they're both effectively benched the moment it starts. Axel, along with Roxas, happily reunites with Xion for a heartwarming group cry, though. Kairi, on the other hand, mainly just very nearly almost dies. Her purpose is expanded in the DLC (we'll get to that later).

3 The Fates Of The Villains 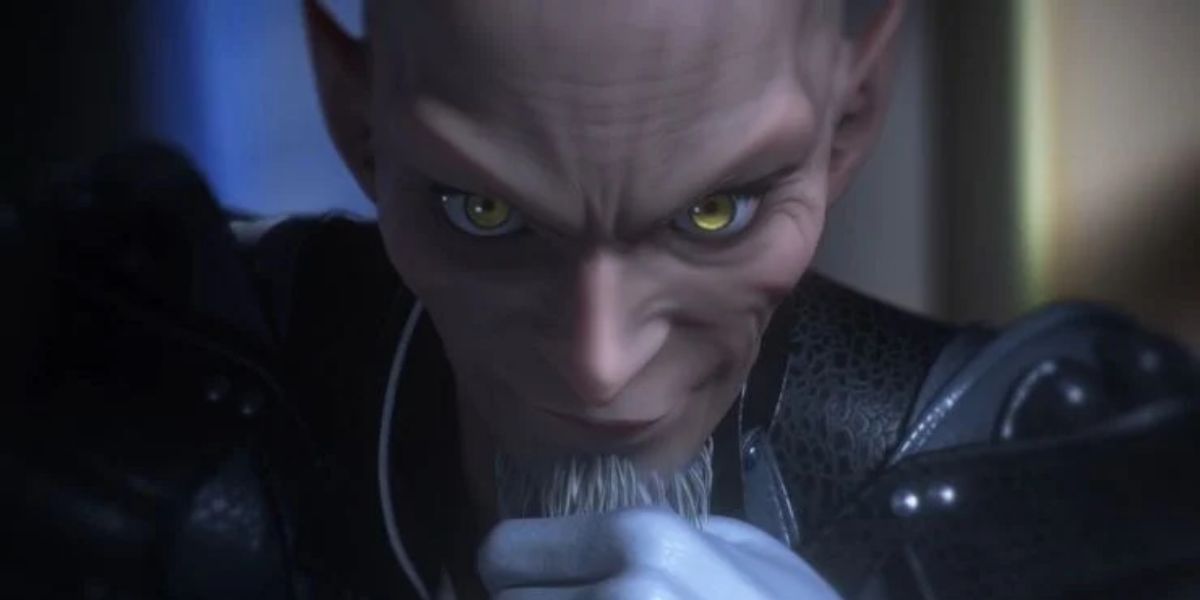 Xehanort is the ultimate boss of Kingdom Hearts. His Heartless (a being given form when any heart falls to darkness, thus becoming a manifestation of their inner struggles) was Ansem, and his Nobody was Xemnas, both of which were antagonists for Sora. He technically first appeared in KH1, although his first canonical appearance was in Birth By Sleep.

His death sequence is uncomfortably peaceful for a body-snatching, child-murdering, universal dictator in the making. Tired of getting his wrinkly butt handed to him by teenagers, Xehanort gives up the ghost… literally. Once he falls, his spirit emerges in teenaged form and is guided to a better afterlife by his also-dead, also-a-teen-for-some-reason friend Eraqus, a fellow Keyblade Master from Birth By Sleep. 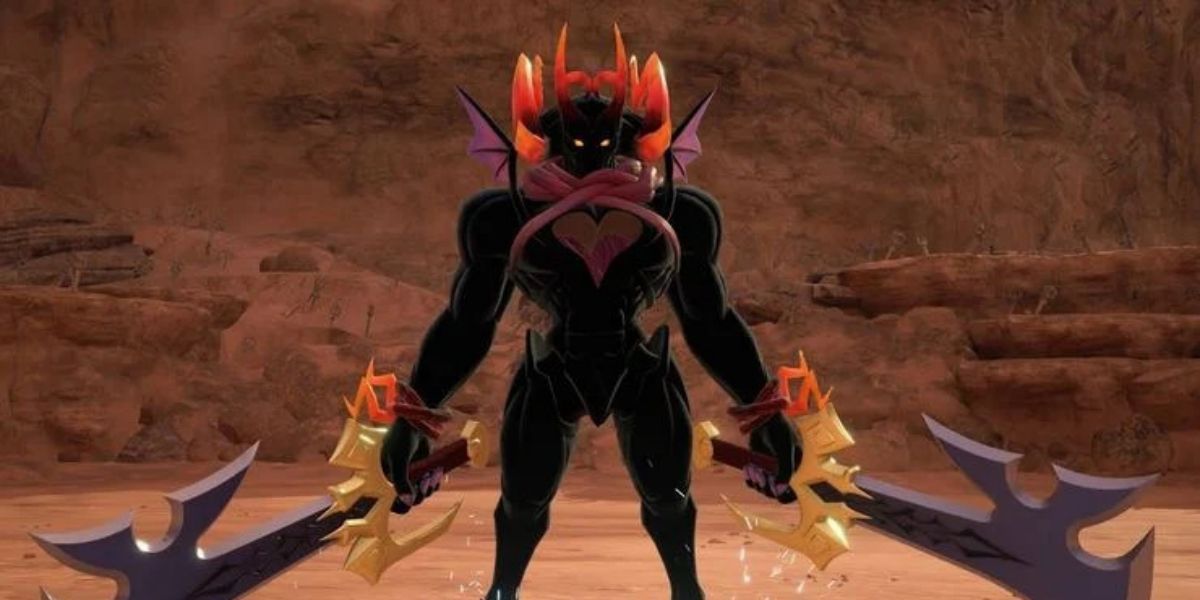 No Kingdom Hearts title is complete without a few extra bosses, and KH3 is no exception. Dark Inferno is unlockable for those who've completed the main story and then return to the final battle gate in the Keyblade Graveyard. Dark Inferno appears to be the very same Heartless that was attached to Xehanort.

There's precious little lore around this fight. It's just a one-on-one for Sora with the dual-wielding demon. It seems, though, that the Dark Inferno is frustrated that it no longer has a buddy to spar with, so maybe Sora just filled an emotional void for the creature. 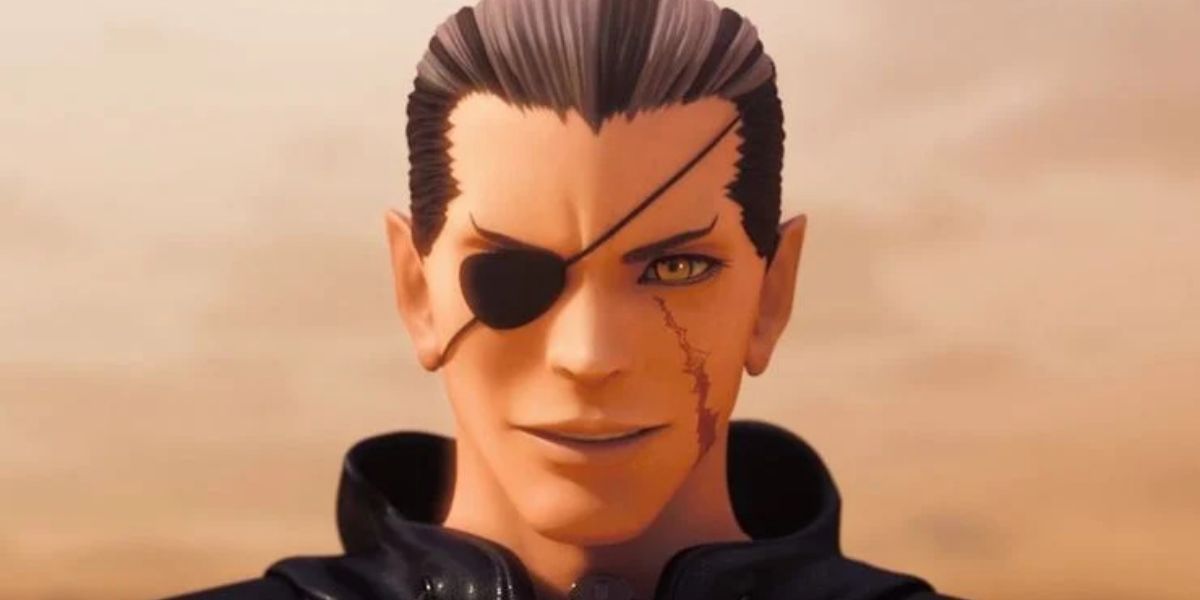 In the epilogue, a mysterious figure wearing an Organization XIII cloak (most people do, they're ridiculously cool) wanders the Keyblade Graveyard. The figure runs into the Foretellers, a group of Keyblade Masters from Kingdom Hearts χ who should have been dead forever ago, unless our understanding of time is wrong.

The figure reveals himself to be Xigbar, a Nobody introduced in KH2 and given a backstory in Birth By Sleep. Xigbar confesses to the Foretellers that he's actually Luxu, a hereto unaccounted for apprentice of the Master of Masters, a Keyblade Master from KHχ. They trained the Foretellers and provided them with a book of prophecies that foretold their downfall via a bloody civil war and a vicious betrayal.

Luxu reveals that Ava, a Foreteller missing from the current encounter, caused the Keyblade War (the one that ended in a certain graveyard) when she realized he was the prophesized traitor. He also hints at a hidden purpose given to him by the Master in the form of a mysterious box, although he doesn't open it for us to see.

2 The Secret Ending And Hints For The Future 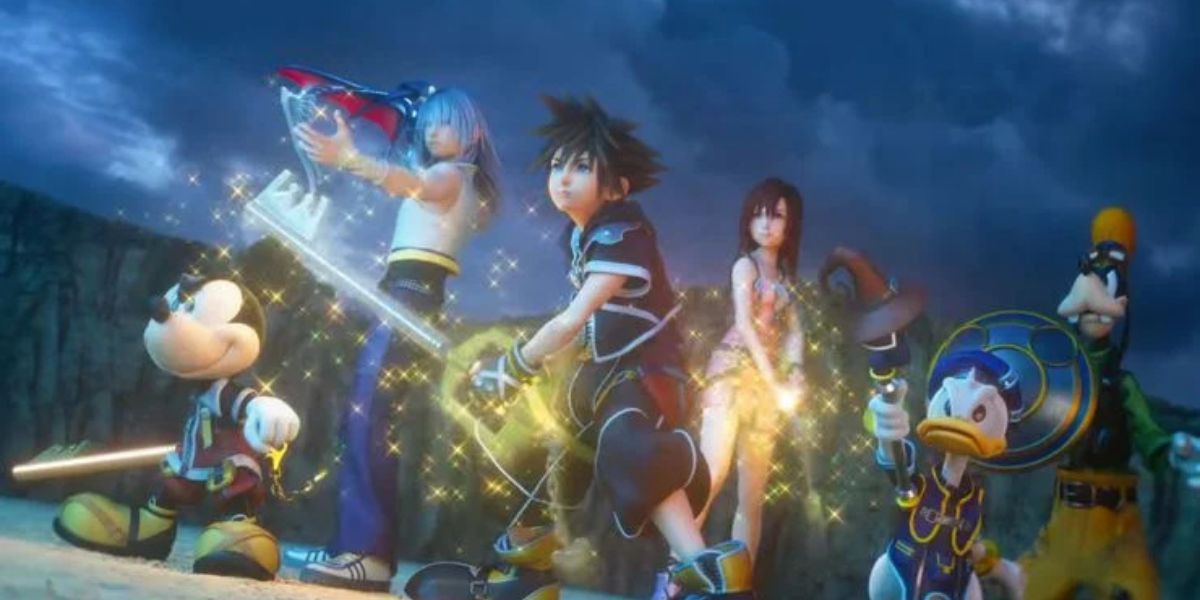 Every Kingdom Hearts title comes with a Secret Ending that's only viewable by those willing to put in the extra effort. For KH3, that effort comes in the form of Lucky Emblem (aka Hidden Mickey symbols, like in the parks) hunting. The Secret Ending reveals Sora waking up in some version of Japan that heavily resembles Verum Rex, the video game found in the Toy Story world.

It seems that, wherever that is, Riku plans to find him, and Yozora, Verum Rex's protagonist, intends to fight him, too. He does, at least once, in the DLC. We will get to it.

The DLC Does The Entire Ending Again, But More 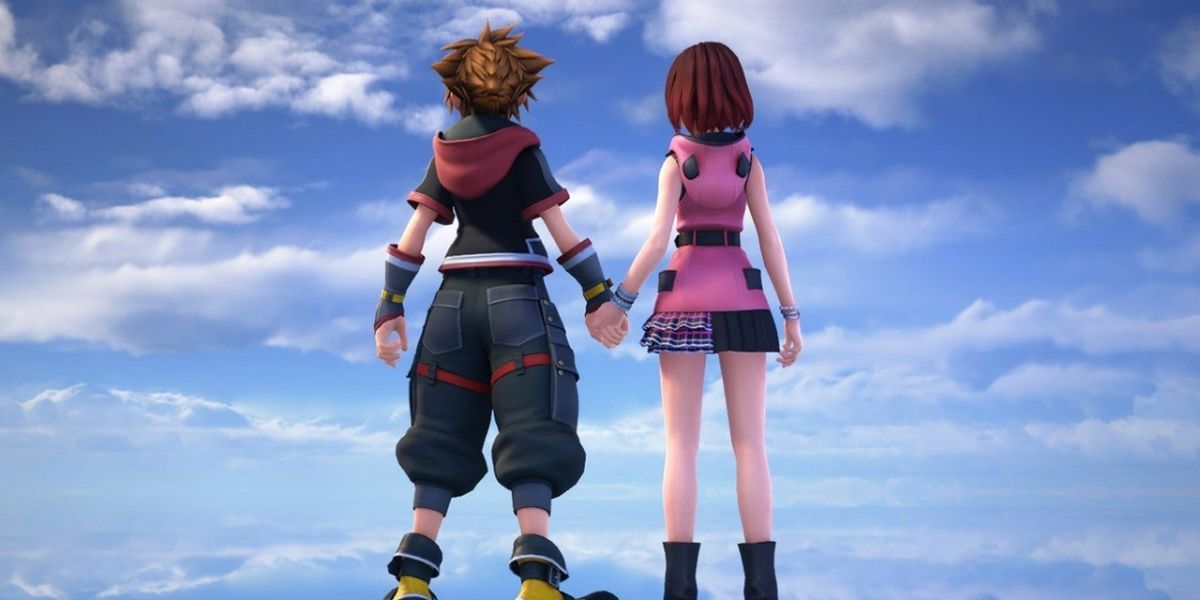 Look, we made it to the DLC! Also known as ReMind, this DLC follows Sora's use of the Power of Waking to rescue Kairi's heart. In the base game, the first act is immediately followed by the consequences, i.e., Sora's "death," but ReMind elaborates. The course of Sora's actions alters time itself, something that Chirithy (a Moogle who functions like an angel for this part of the story) heavily warns against doing.

Sora feels every one of his compatriot's hearts while traveling through the timestream and discovers more about what gives them the will to fight. With King Mickey's help, Sora pieces together crystallized fragments of Kairi's heart, and, with Riku's help, Sora magics her back into being.

ReMind also features a Secret Boss battle between Sora and Yozora, which cements KH4's tie to Verum Rex, even though it doesn't explain it at all. 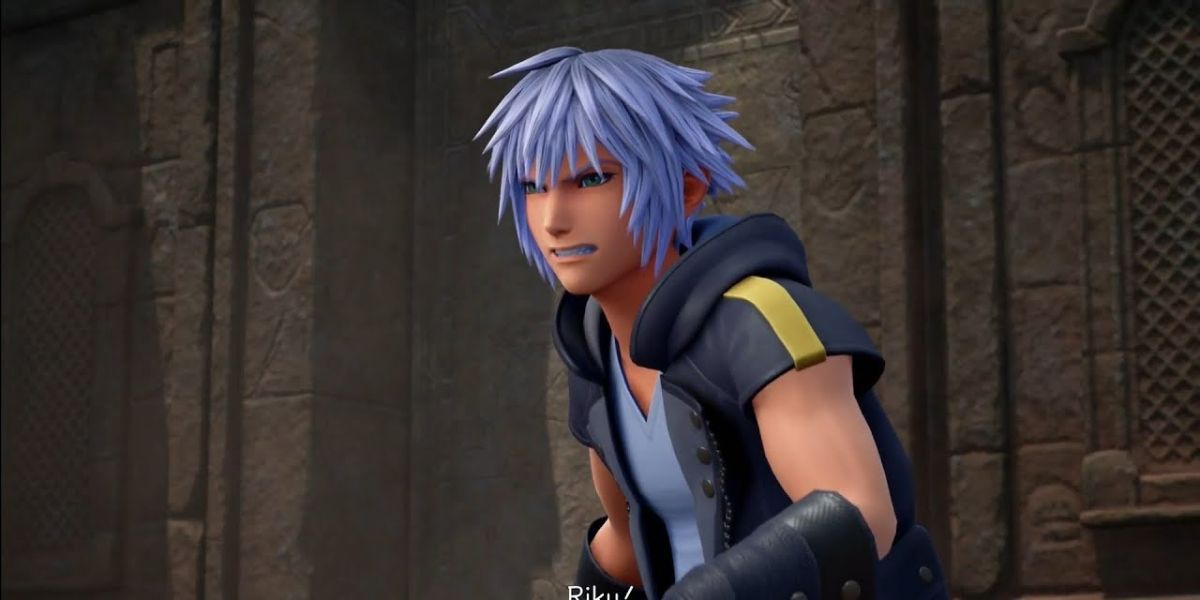 After everything, even after the ensemble – sans Sora because he's technically dead – celebrates their victory on Destiny Island (the home of Sora, Riku, and Kairi), Riku goes out on a mission. Since KH1, Sora's goal has been to save him, but now the tables are turned, and Sora is the one who's in need of a savior. Fortunately, Riku's just as stubborn.

Although it's currently unexplained, he somehow makes his way to Verum Rex, where Sora is. It seems that he uses guidance from a deceased heart in Kingdom Hearts: Melody Of Memory, but that's a post KH3 title and, therefore, for another day of wild speculation.