You are here:
Home / Elder Scrolls: 7 Lore Details About The Series You’ve Never Heard Of

From the swamps of Black Marsh to the frozen peaks of Skyrim, the world of Tamriel in which the Elder Scrolls series of games takes place is vast, with background lore that is both fairly easy to digest on the surface, and isn't afraid to be complex and more than a little weird than it needs to be.

While fans continue to wait with bated breath for the Elder Scrolls 6 following 10 years of Skyrim releases, there remains a rich tapestry of a background mythos to explore that can admittedly get a bit hard to keep up with sometimes – that is when it's not outright making you stop and say "wait, what?"

7 Alduin Was Originally The Nordic Version of Akatosh 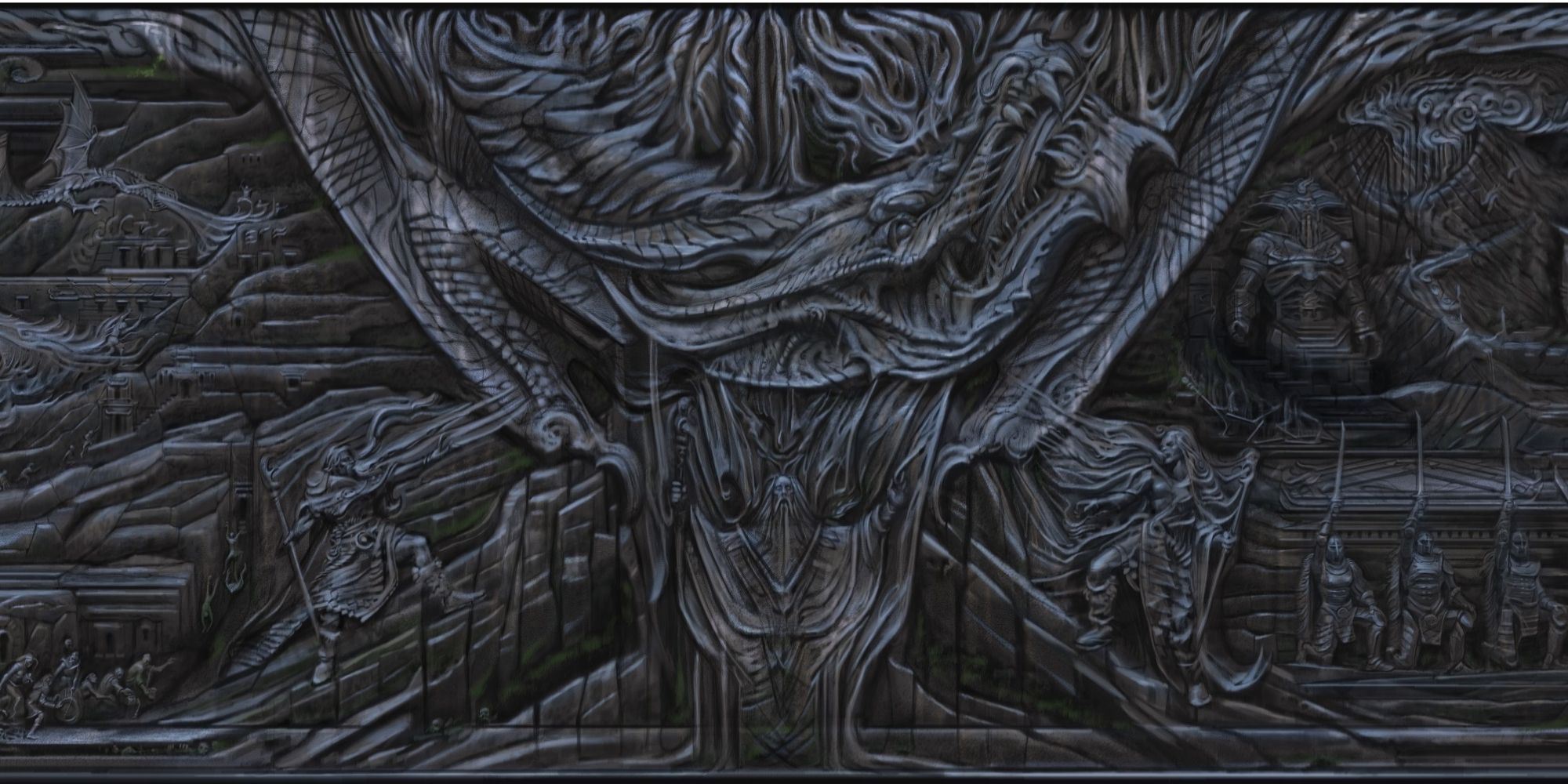 Fans of Skyrim will know Alduin the World-Eater as their Dragonborn's principal antagonist, the evil firstborn of Akatosh who wants to make good on his sinister title. However, players who dipped their toes into Morrowind may discover that Alduin is one of the gods worshipped by the distinct pantheon followed by many Nords found in the 2002 title. To them, Alduin is an incarnation of Akatosh that represents a force of change and renewal through destruction.

The role of Alduin in the Nordic pantheon was to destroy the current world so that a new one could be born from its ashes. At some point between the events of Morrowind and The Elder Scrolls 5, the Nords of Skyrim abandoned this pantheon, adopting instead a modified version of the Nine Divines faith. Whatever Skyrim's version of Alduin originally set out ot do, it's clear he's lost his way.

6 There Is More Than one Type Of Khajiit 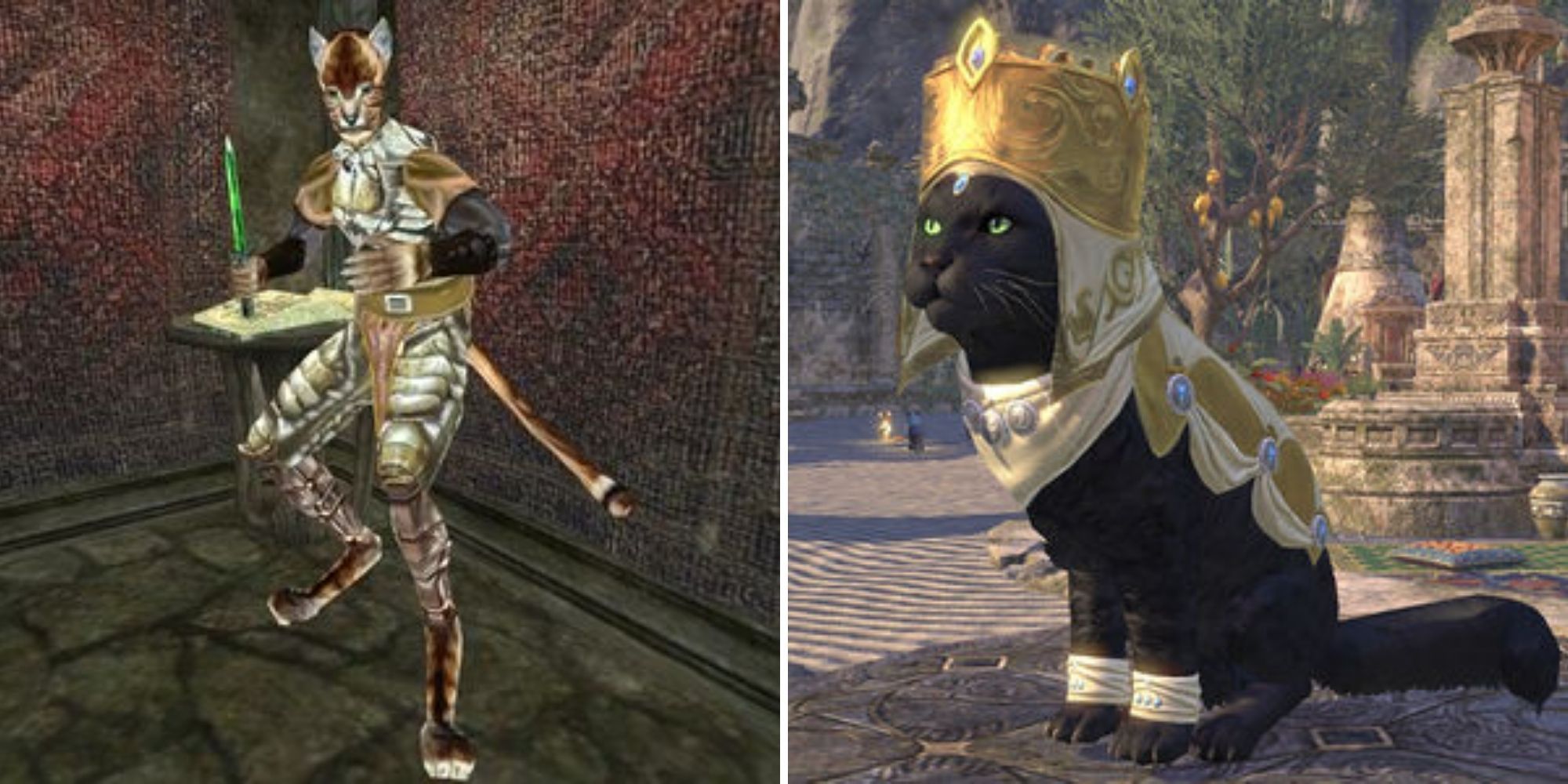 The Khajiit of Elsweyr have a special and mysterious connection to the moons of Tamriel, their reverence for which factors into their culture, faith, and even their birth. Depending on the phases of Masser and Secunda during the night they are born, Khajiit can grow up to take a wide range of shapes. Various types include the Alfiq, indistinguishable from a house cat but for their ability to talk; Ohmes, who are virtually identical to the Wood Elves of Valenwood; and the rarest of all, the Mane, the spiritual leader of the entire Khajiit culture, who, unsurprisingly, tend to have long manes.

Not only is this a particularly fascinating and wacky bit of lore that unfortunately has yet to be properly represented in a mainline Elder Scrolls game, but it's also a fantastic reason for the huge changes in design the Khajiit have gone through from game to game, so mad props to Bethesda for that one.

5 Mehrunes Dagon Has Been Thwarted An Embarrassing Amount Of Times 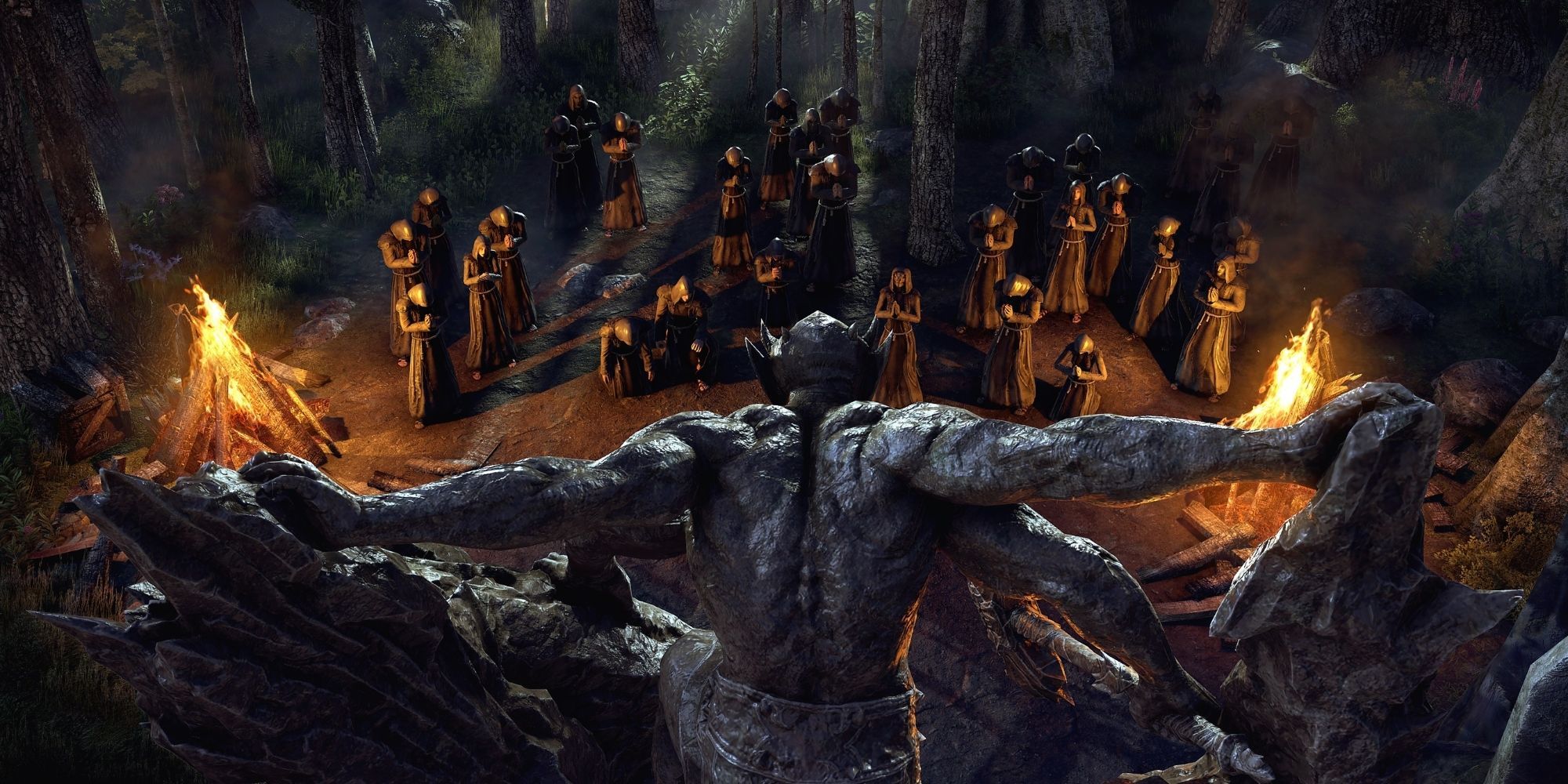 Fans of Oblivion and the Elder Scrolls Online's Gates of Oblivion storyline will be familiar with Mehrunes Dagon and his attempts to conquer the mortal plane. What they may not realize, is that Oblivion actually marks his third attempt (so far) to invade Tamriel. Bethesda's 1997 spin-off game, An Elder Scrolls Legend: Battlespire, marks Mehrunes Dagon's original appearance as an invading antagonist as he ransacks the Battlespire, the training facility for Imperial Battlemages.

Similar to how the Lord of Destruction is defeated in ESO, the player character in Battlespire banishes Dagon in a battle of wits with the use of a strange ritual surrounding the Daedric Lord's "true" name. If History is any sort of precedent, we'll very likely see more of Mehrunes in the future. 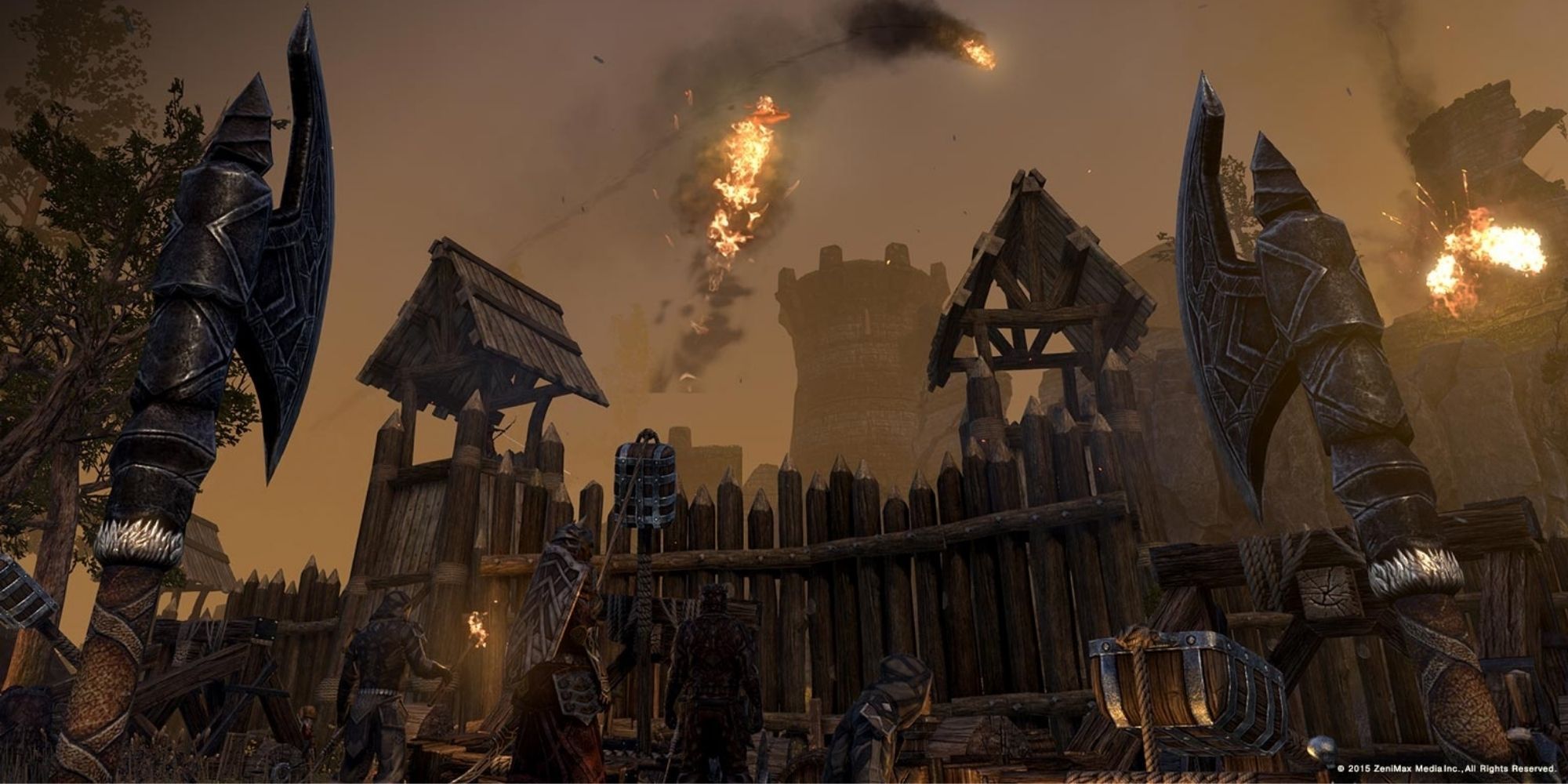 The Orcs of Tamriel have had a rough time of it. Whether the various empires of Cyrodiil actually consider them to be citizens at all varies from era to era, and whenever they do manage to establish their own kingdom, it has a tendency to be violently sacked by its neighbors. The first kingdom of Orsinium, established in the early First Era, was sacked for no discernable reason by High Rock forces, then again only a few centuries later with the aid of Hammerfell during the Siege of Orsinium. The Second Era would prove no kinder to the Orcs and their kingdom, as it was sacked once again, and its people were displaced by the invaders.

Once again, Orsinium would be rebuilt during the events of ESO, but would be destroyed once more at some point before the Third Era in order to be re-founded for a fourth time, during the events of Daggerfall. Orcs would, at last, be granted lasting citizenship in the Septim Empire as a result of whatever actually happens over the course of that game, but would nevertheless have to endure Orsinium being sacked a fifth time during the chaos of the Fourth Era, an event that would see many refugees flee to establish strongholds in the land of Skyrim. Sometimes you could swear Bethesda just has it out for the Orcs.

3 Tamriel Is Made Tangible By Landmarks Called Towers 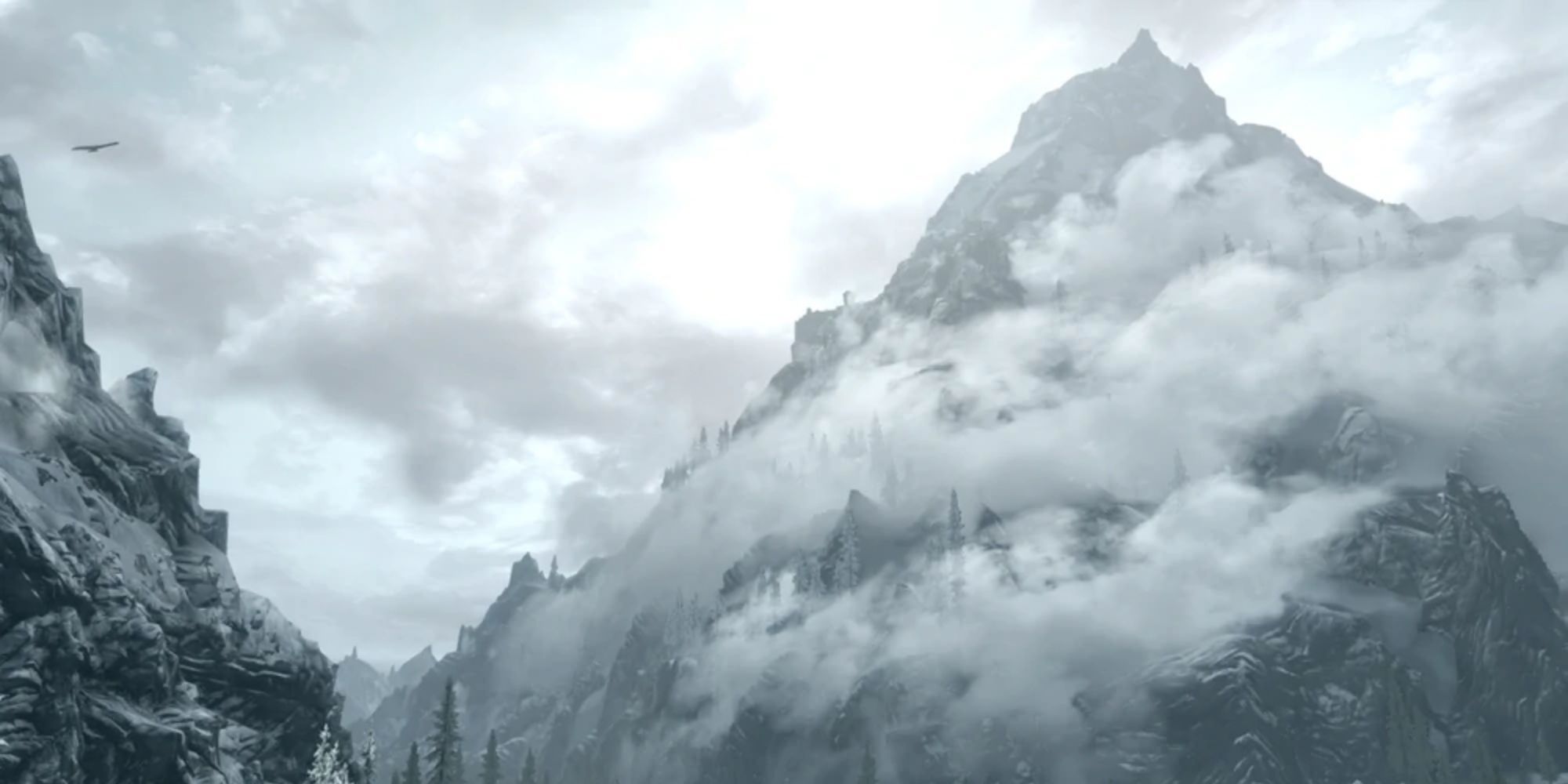 Contrary to what you might think by the name, they aren't actual towers. Well, some are, actually. The short version is that during the creation of the mortal plane, a number of significant locations in the world were created with the special role of keeping the world corporeal, basically preventing the fabric of reality from unraveling altogether. Contained within each tower is a stone – a magical artifact through which the creative energy of each tower can be harnessed.

These towers can be destroyed, with a few considered to be broken by the time of the Fourth Era. If they were all to break, the whole of Nirn would just sort of stop existing, which is a pretty scary prospect. Such towers include the White-Gold Tower in Cyrodiil, the gigantic tree in the center of Valenwood's city of Elden Root, the volcano Red Mountain found in Morrowind, and the Throat of the World in Skyrim.

2 There Are Actually Three Moons 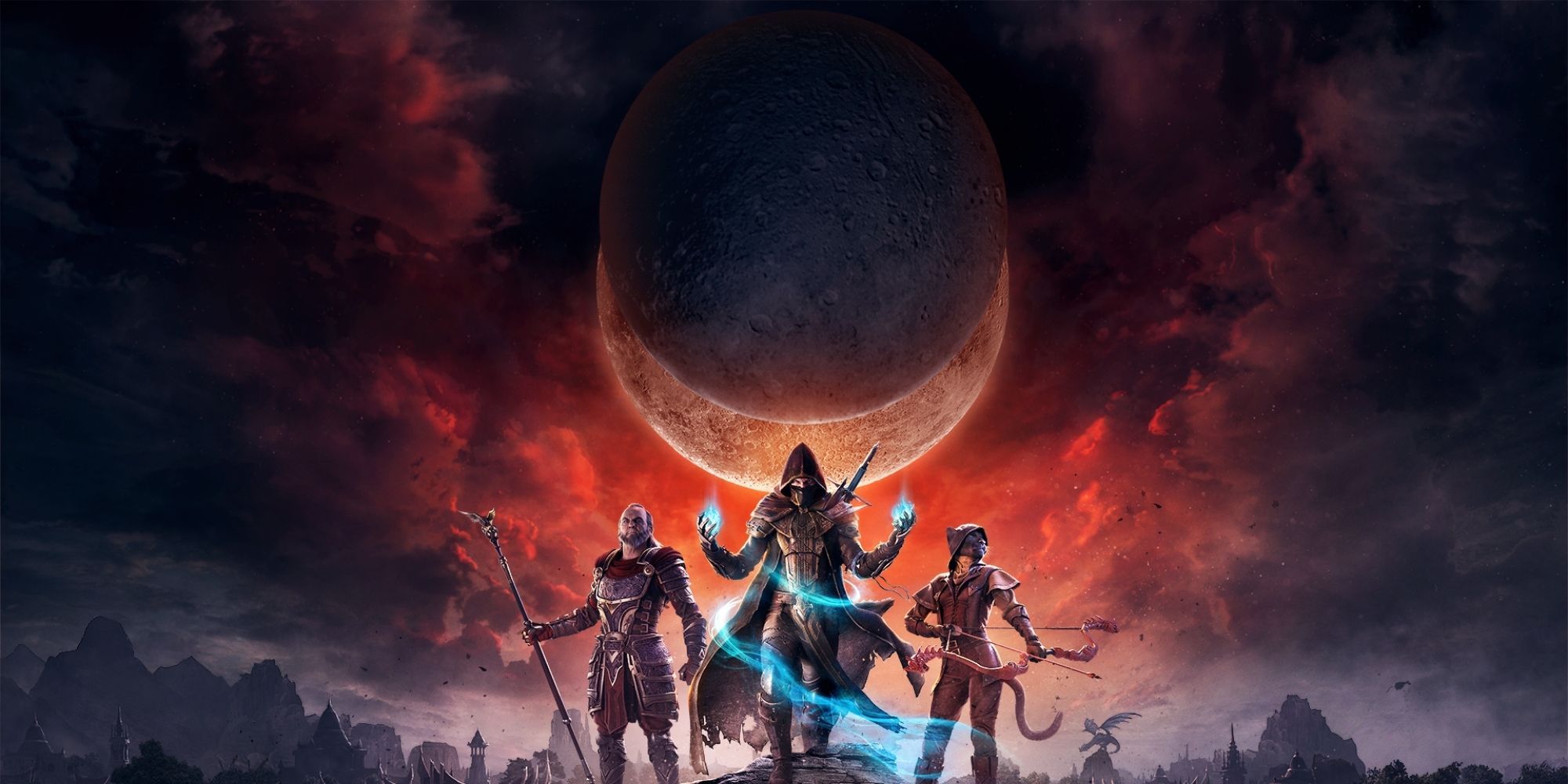 The lunar cycles that dictate the shapes that Khajiit will take from birth are also responsible for the birth of a future Mane, the spiritual leaders of the Khajiit. The birth of these rare individuals occurs during a special solar event when both of the moons of Tamriel eclipse the sun and reveal that there is a third lunar body, known simply as the Dark Moon, or the Den of Lorkhaj. To the Khajiit, the moons are not simply celestial bodies, but actual deities known as Jode and Jone, and are governed over by the Khajiit incarnation of the Daedric Prince Azura.

The Dark Moon is similarly believed to be an entity, though is believed to be the corpse of the Khajiit version of Lorkhan, AKA Shor. Lorkhan is sometimes referred to as the Missing God with respect to his apparent death at the beginning of creation, so the fact that the Dark Moon is absent until the influence of the moons on the people of Elsweyr is at its peak is somehow appropriate.

1 The World Exists Within The Dream Of A Cosmic Entity 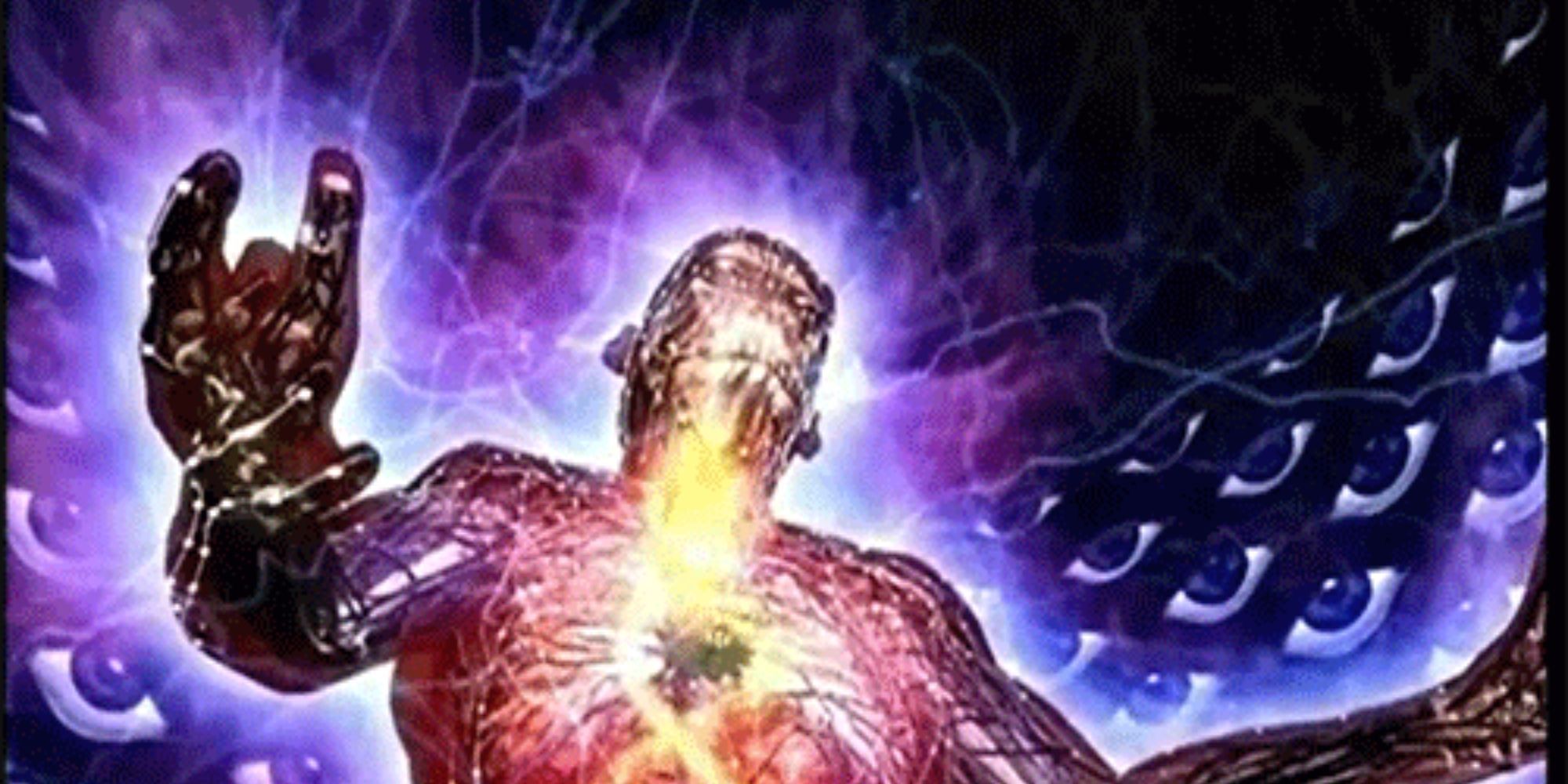 Former Elder Scrolls writer Michael Kirkbride has a reputation among Elder Scrolls fans as being… a bit eccentric, to say the least. One of the many wacky theories that Kirkbride has written about on the lore archive, the Imperial Library, involves an entity known as the Godhead, a single God-like entity who is sleeping deeply, and in whose dreams the world of the Elder Scrolls takes place. If the Godhead were ever to wake, the whole universe of Bethesda's fantasy title would come to a close. Fortunately, this cosmic entity, if it's even real at all, seems to keep hitting snooze on its alarm clock.

Whether the Godhead is actually a canon element of the universe or not is up for some debate, as Michael Kirkbride hasn't been an employee of Bethesda for some time. Despite this, the term has been mentioned in the Black Book: Waking Dreams found in Skyrim, so perhaps there is more legitimacy to the theory than canon sources would otherwise imply. It's an unusual premise, but whether Bethesda will decide to develop it any further, or it's simply a tongue-in-cheek reference to the series' writing team, is a mystery we may never solve.