Spiritcaller Cave is a dungeon in Elden Ring. This is located near the Freezing Lake in the Mountaintops of the Giants. Borealis, The Freezing Fog, is the boss located in the middle of Freezing Lake and near the entrance of the Cave. Fighting the boss is optional, and you can run away on your horse to reach the entrance. The entrance of the cave has a few Jellyfish flying around, making it easier to locate it from a distance.

To enter the cave, you will require two Stonesword Keys. Here is all you need to know about Spiritcaller Cave. 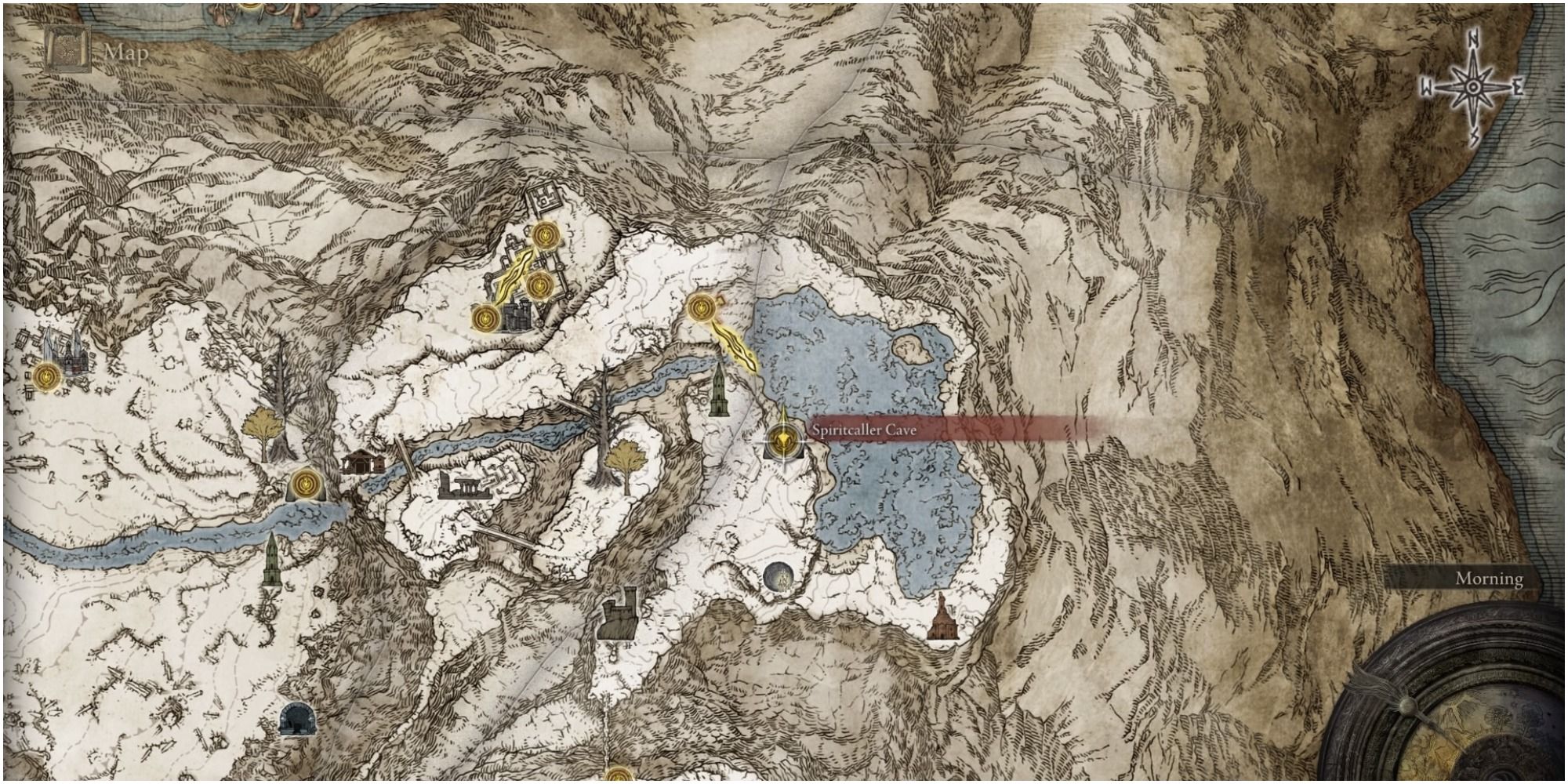 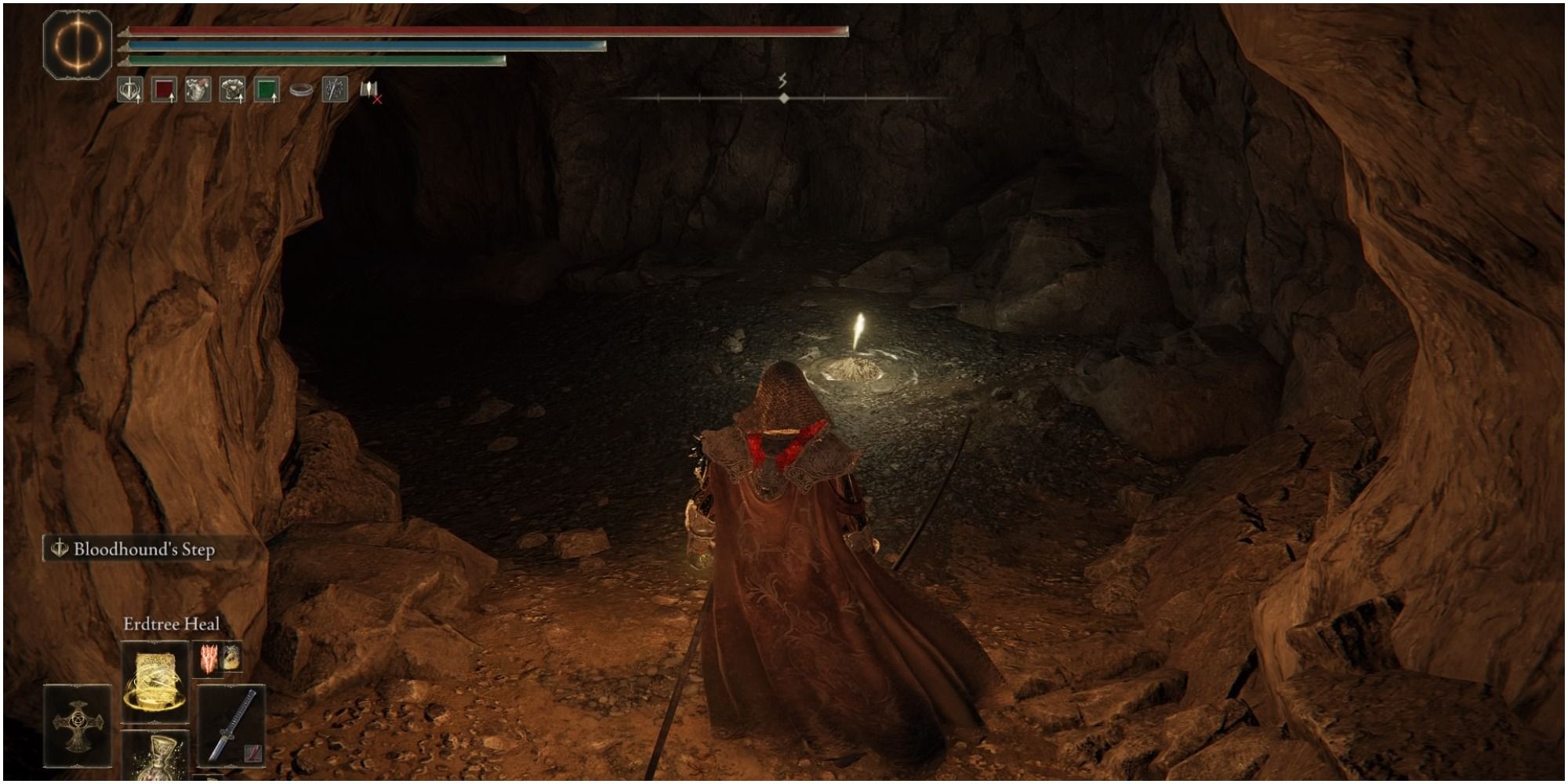 After entering the Cave, you will find the Site of Grace at the entrance. From the grace, go through the passage to reach a room filled with Cave Moss and Building Cave Moss. Avoid the center of the room at all costs as there is a hole that can send you to the middle area of the Cave.

The Beast-Repellent Torch is a very good item to have as it can make the Spirit Direwolves in the Cave stay away from you. 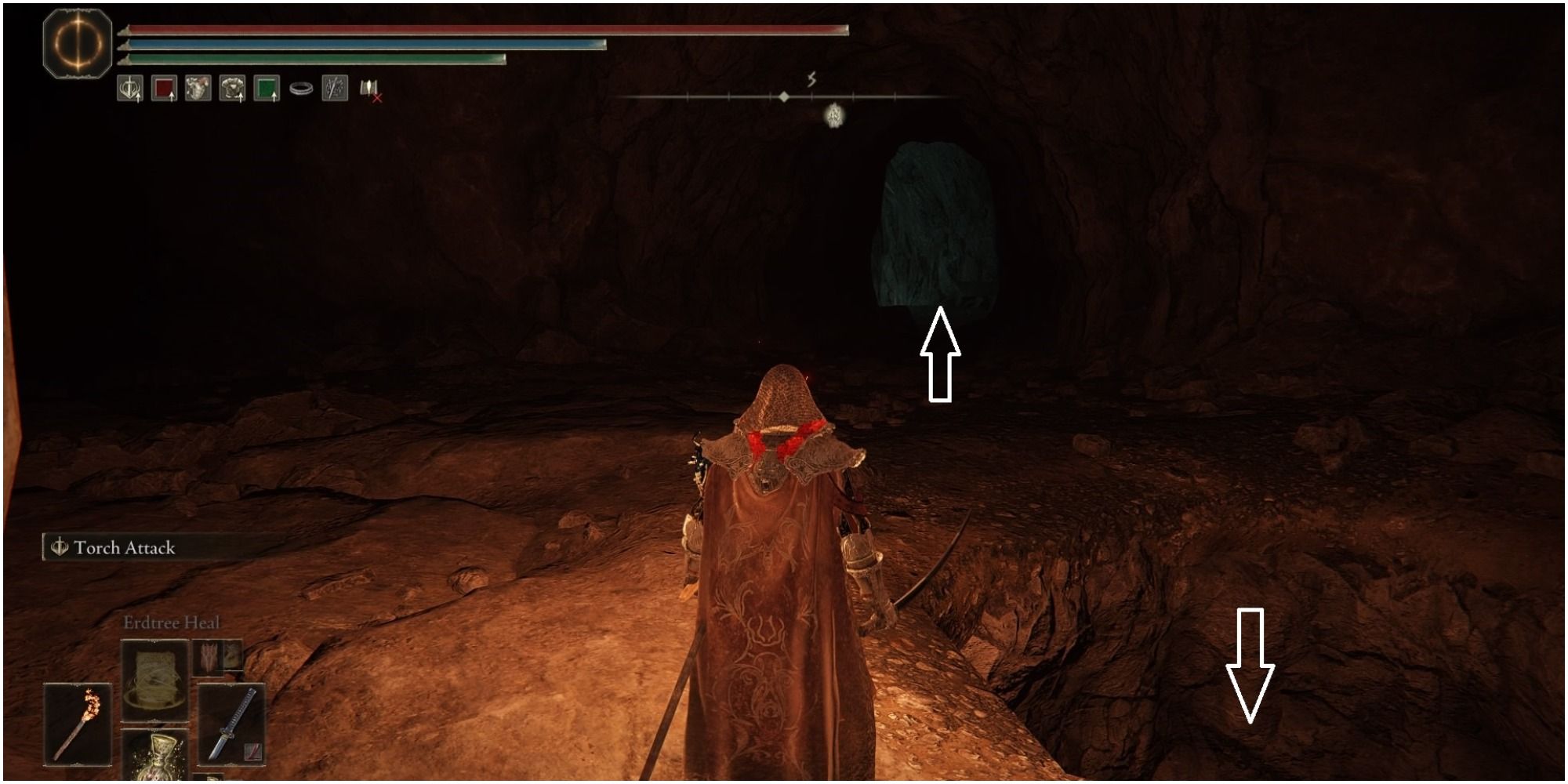 Go through the straight path, and you will reach another room with a tree trunk that goes down. 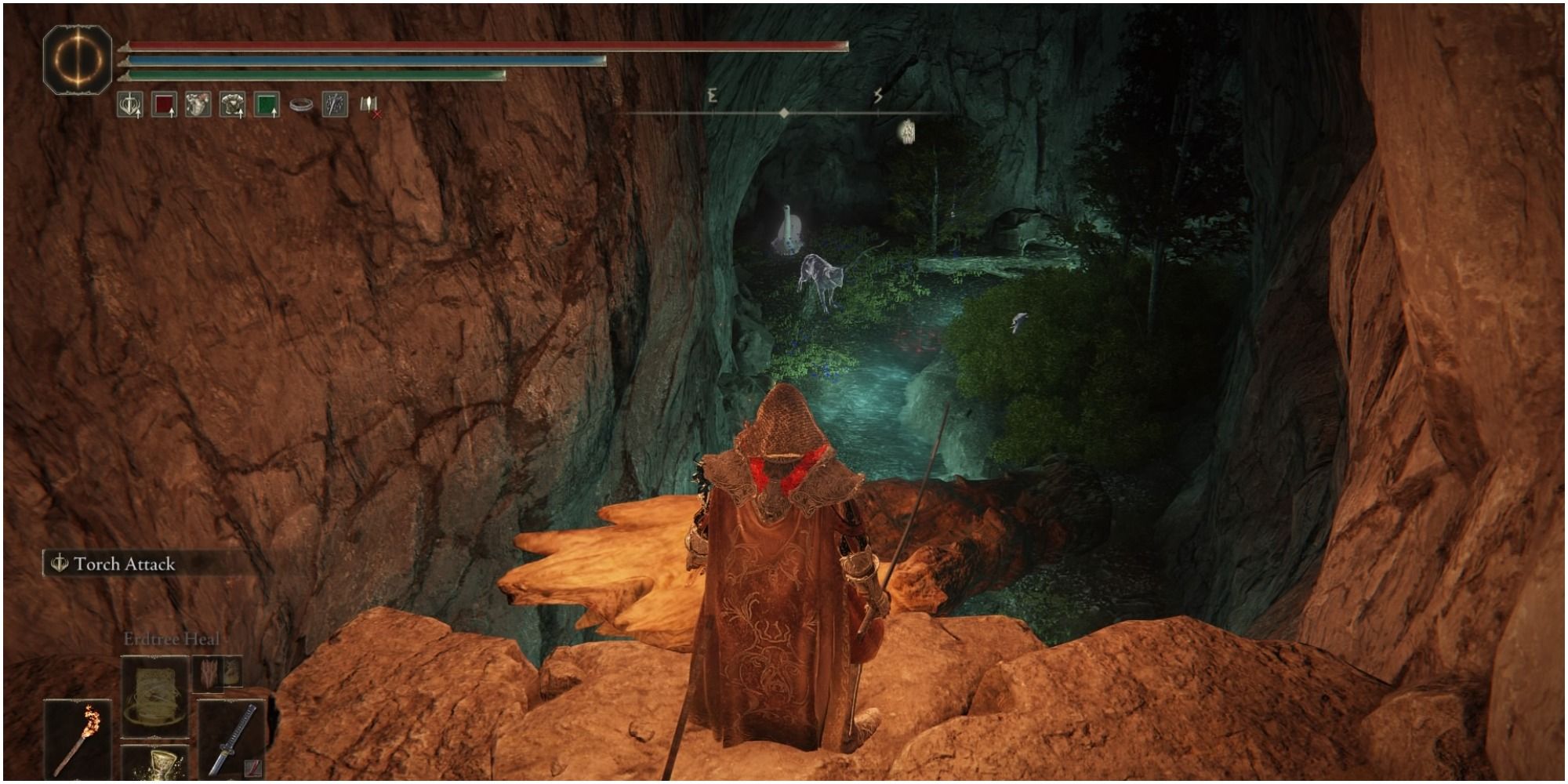 This area has a Spirit-Snail and two Spirit Direwolfs sitting inside the bushes. The wolves will not come near you if you have the torch equipped in your left hand. This allows you to approach the Spirit-Snail and kill it using your right armament. Doing so will make the wolves vanish. Loot the corpse behind finding five Arteria Leafs. 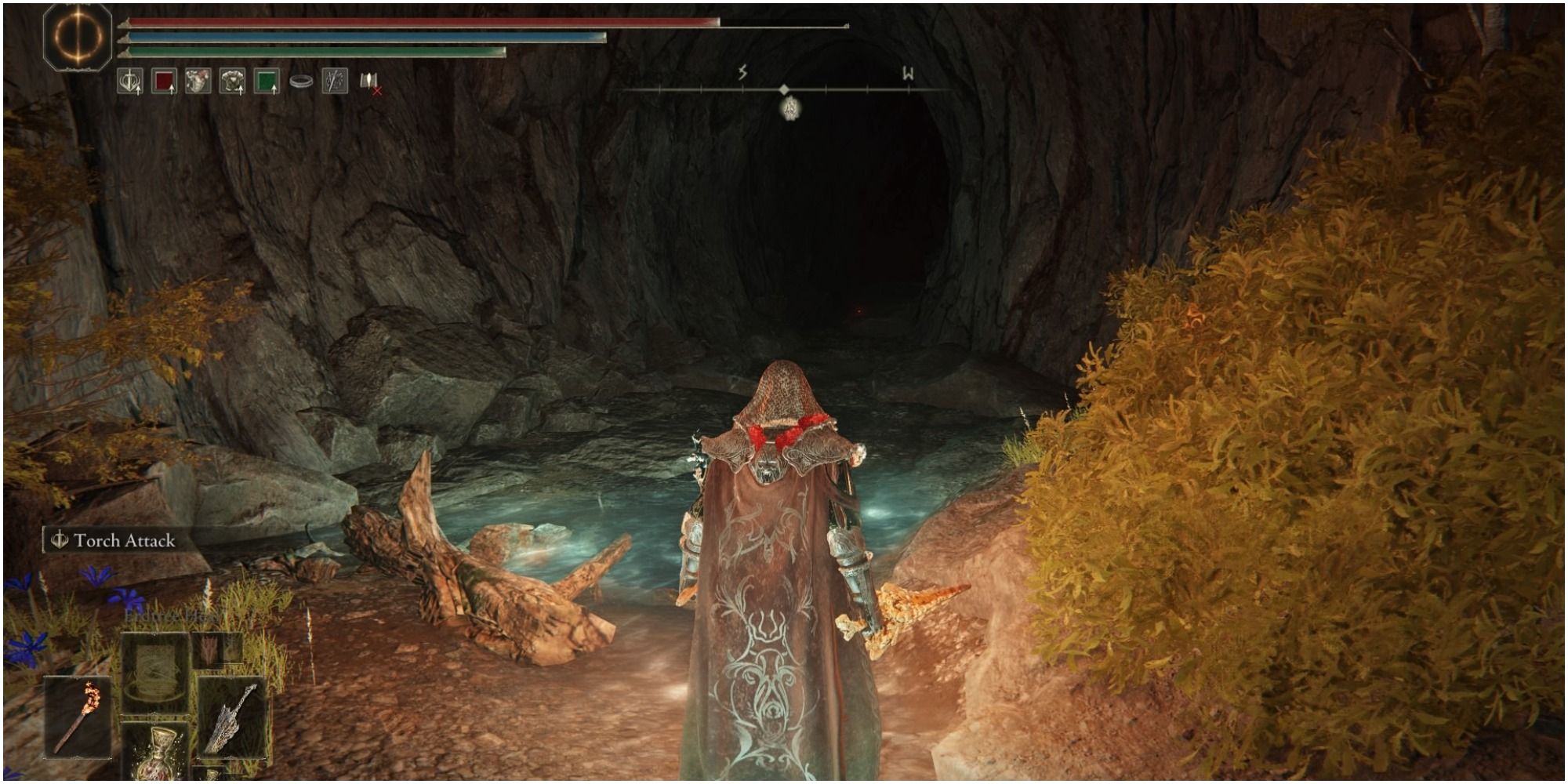 Take the passage on your right, which leads to an area with two paths. 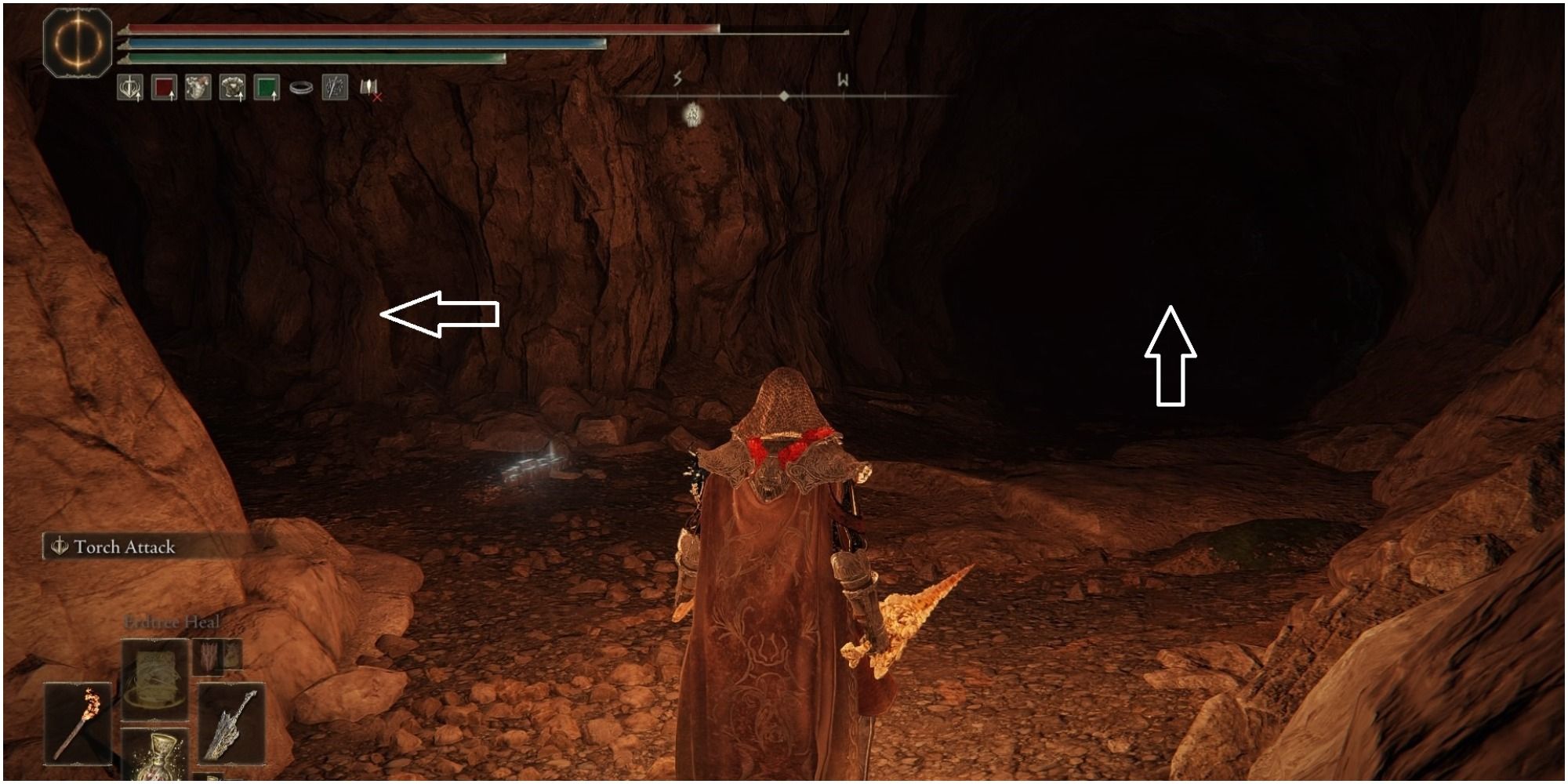 In this area, you need to take the path to the left in order to grab some loot. Search the corpses to find a Golden Rune [10], a Rune Arc, and a Hero's Rune [1]. Come back to the crossroads and take the straight path to go through a narrow tunnel leading to a cavern. 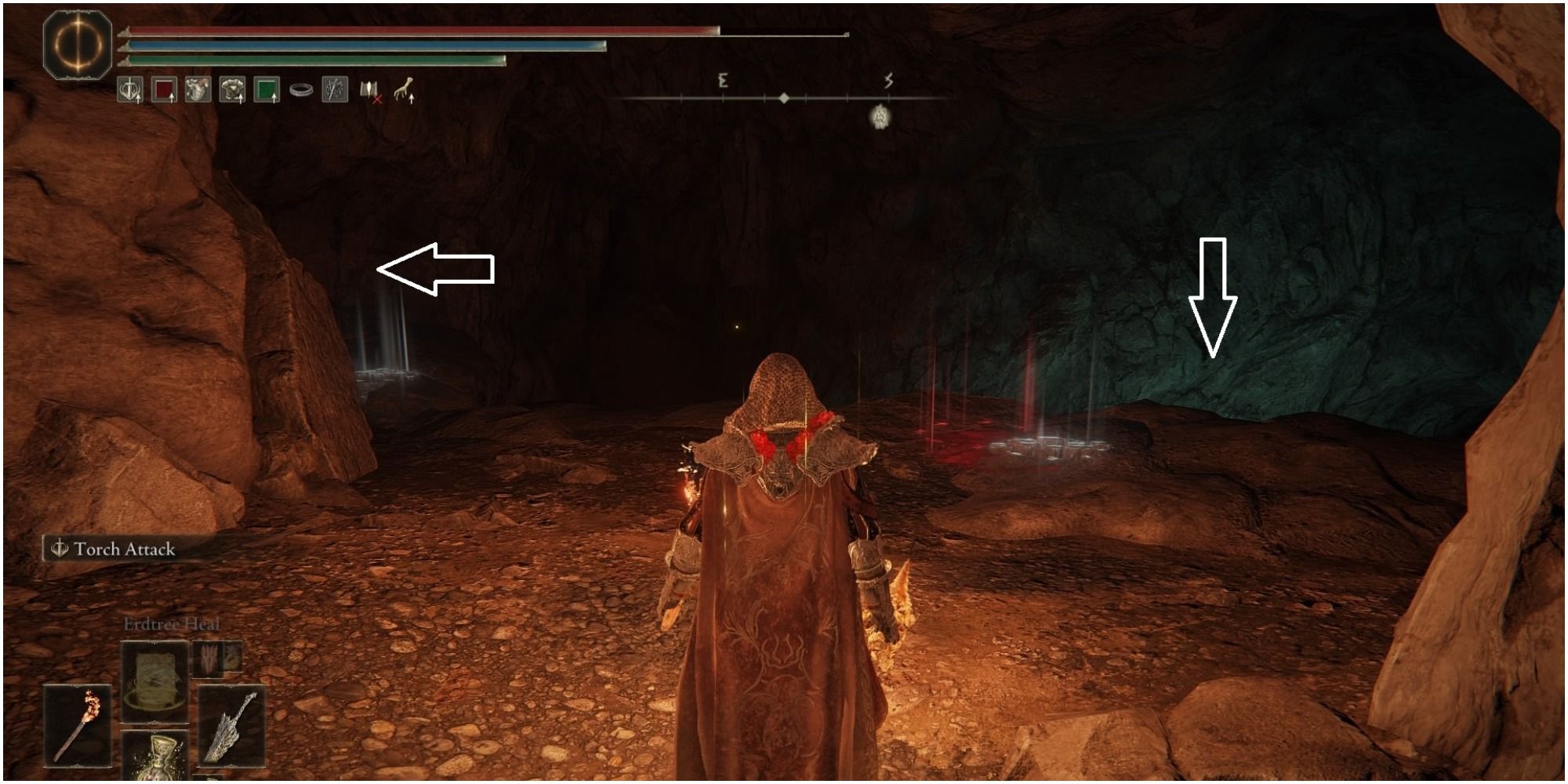 Here you will find two paths again but for the last time. One path is towards the north, while the other path requires you to go down. Towards the north path are a few Direwolves and a Spirit-Snail with no loot, so going there is pointless.

Do remember that if you fell down the hole at the beginning of the cave, you would find yourself in this area. 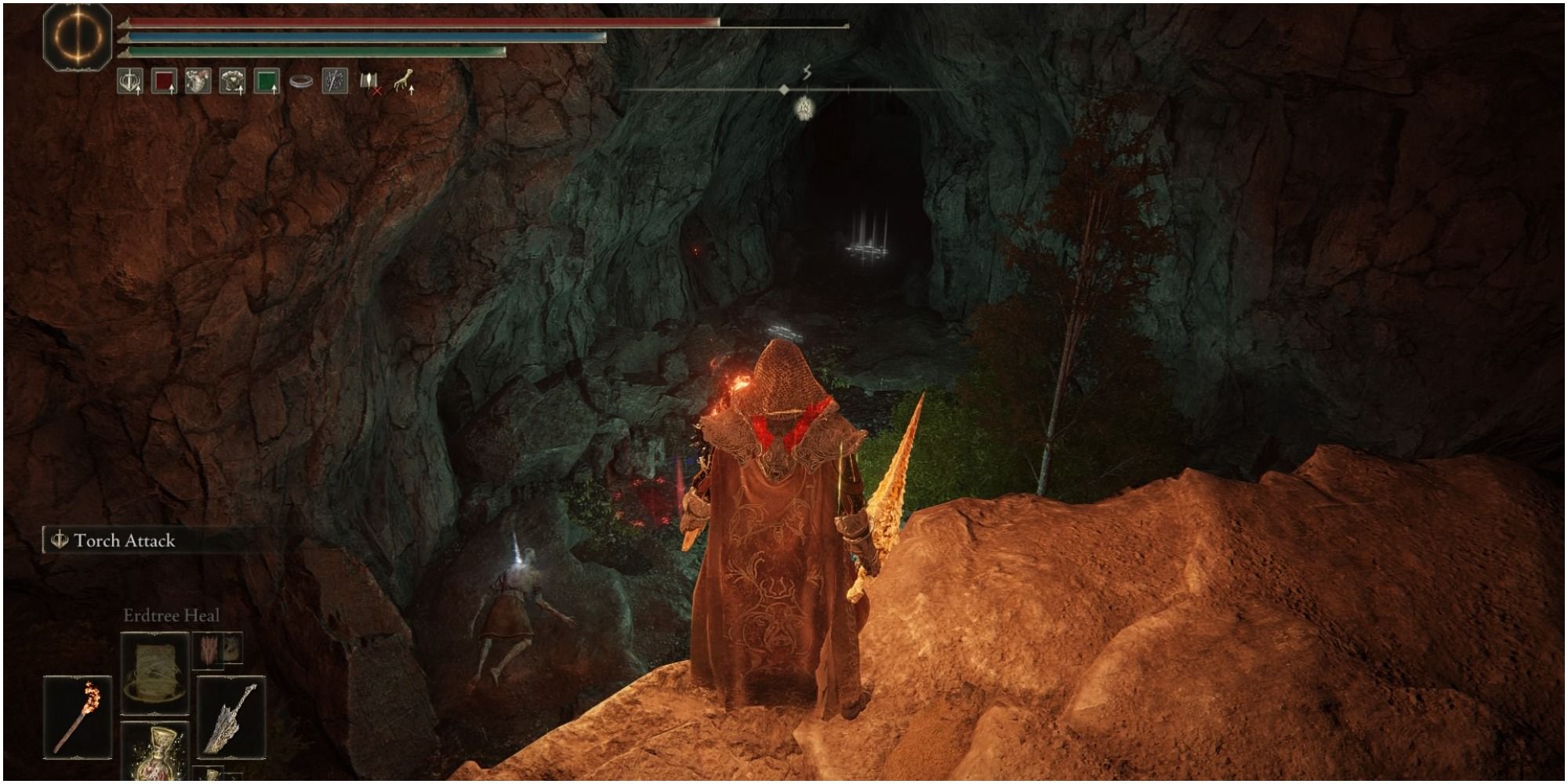 Towards the area down, you can spot another Spirit-Snail that will summon Inaba, Disciple of Okina, who wields two Blood Katanas. You can fight Inaba and defeat him, or you can go down and kill the snail in two hits leading to Inaba vanishing. 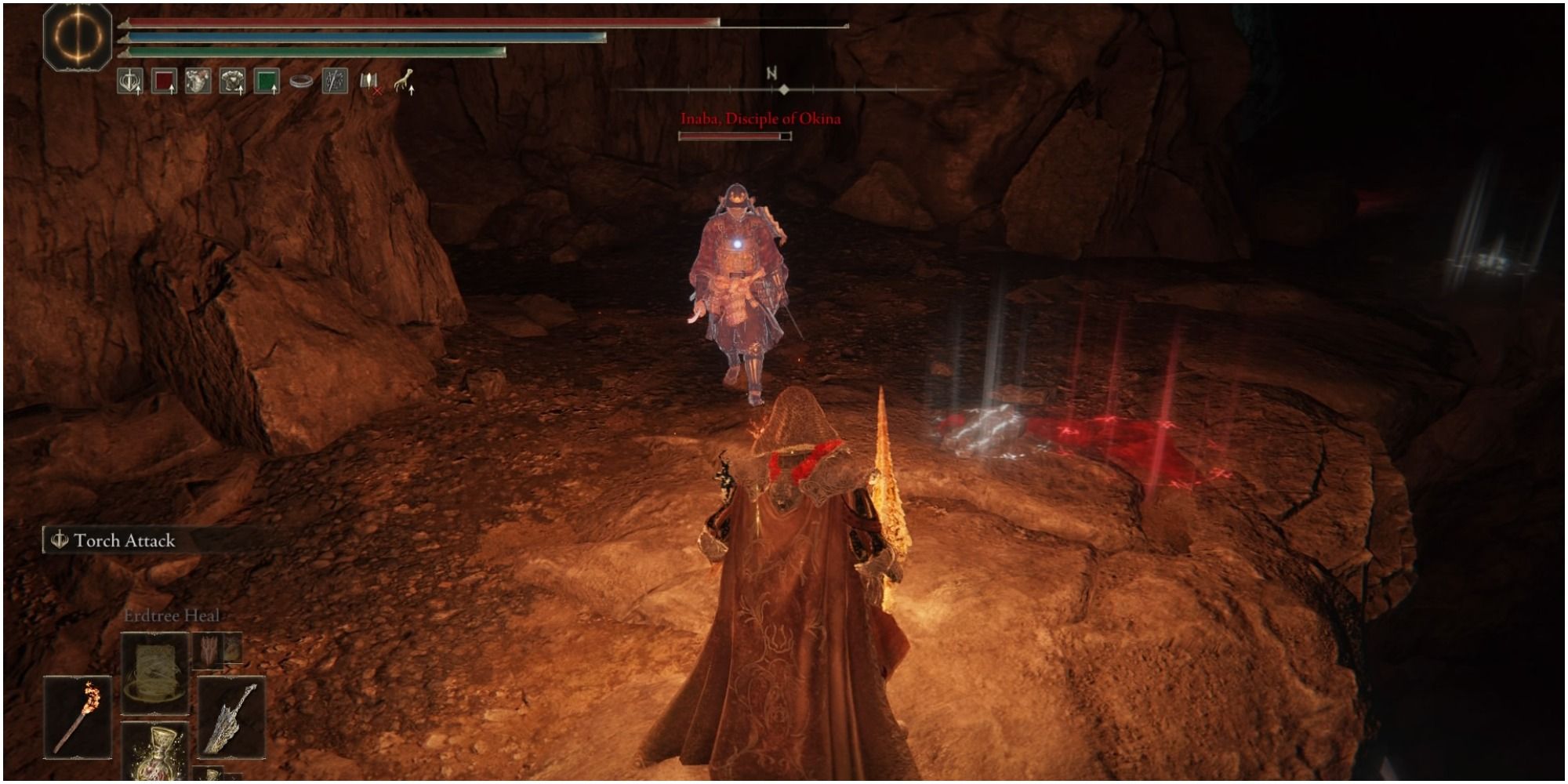 Loot the corpses here for two Freezing Greases and a Golden Rune [12]. Proceed further south to reach the last area of the cave. 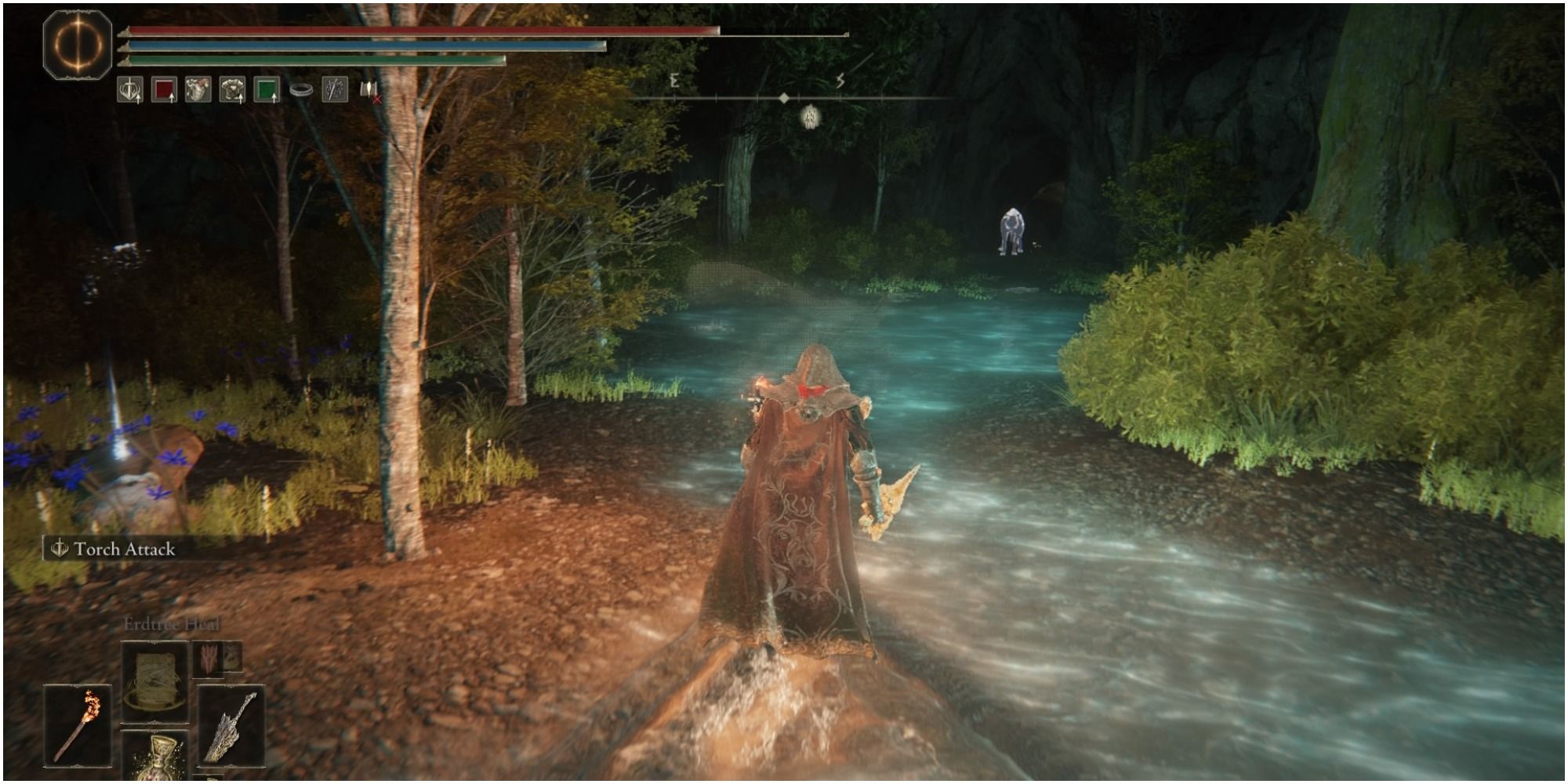 In this area, you will find multiple Direwolves, two Spirit-Snail, each of which will summon Inaba. The best strategy here is to dash through the enemies and find the Snails and deal with them. Doing so will make all the wolves and two Inabas vanish.

There are also three corpses in this area. Looting them will get you Invigorating White Cured Meat, Golden Rune[6], White Reed Armor, White Reed Gauntlets, and White Reed Greaves. After looting, go through the main passage, and you will reach the boss gate. 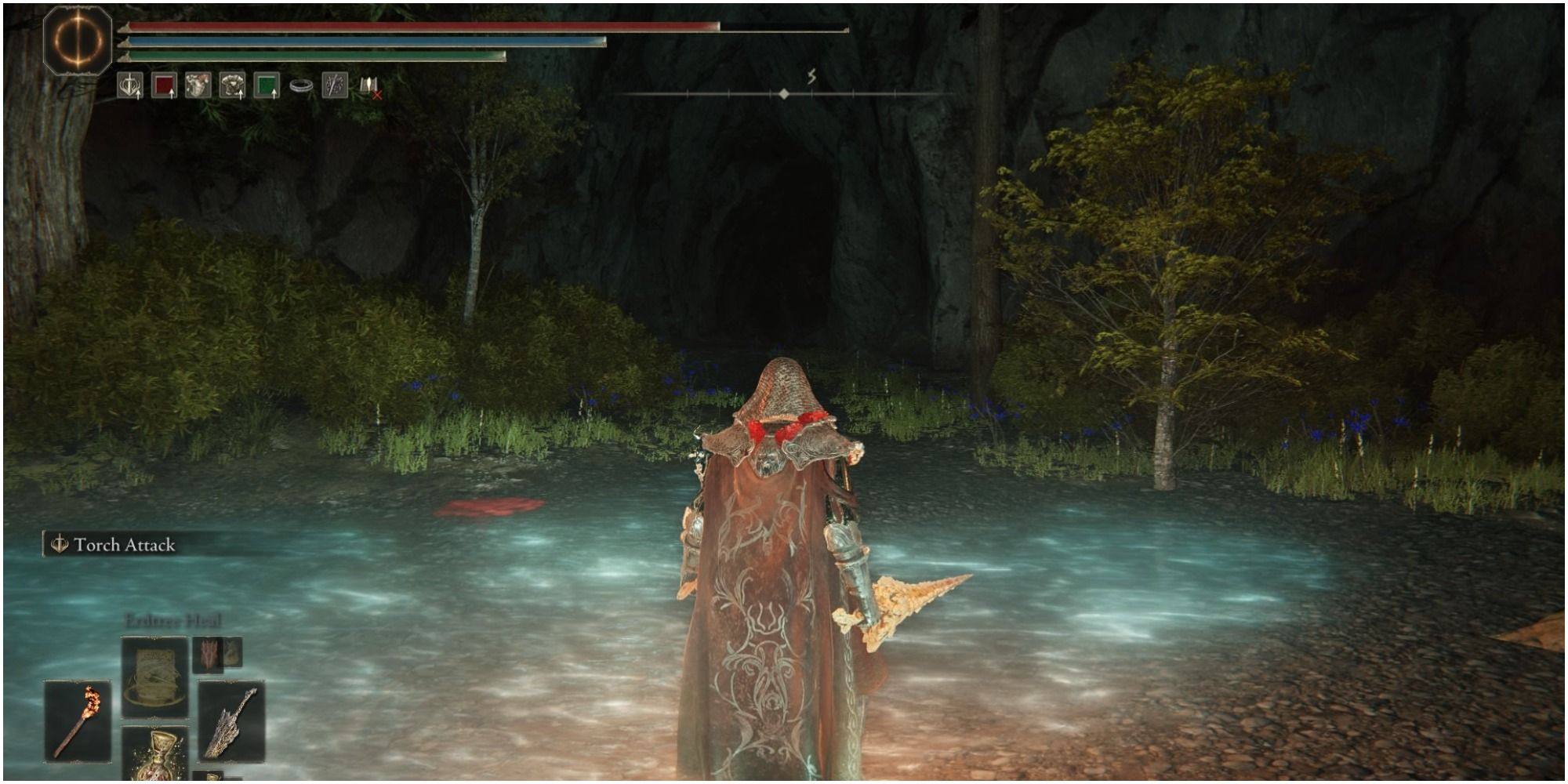 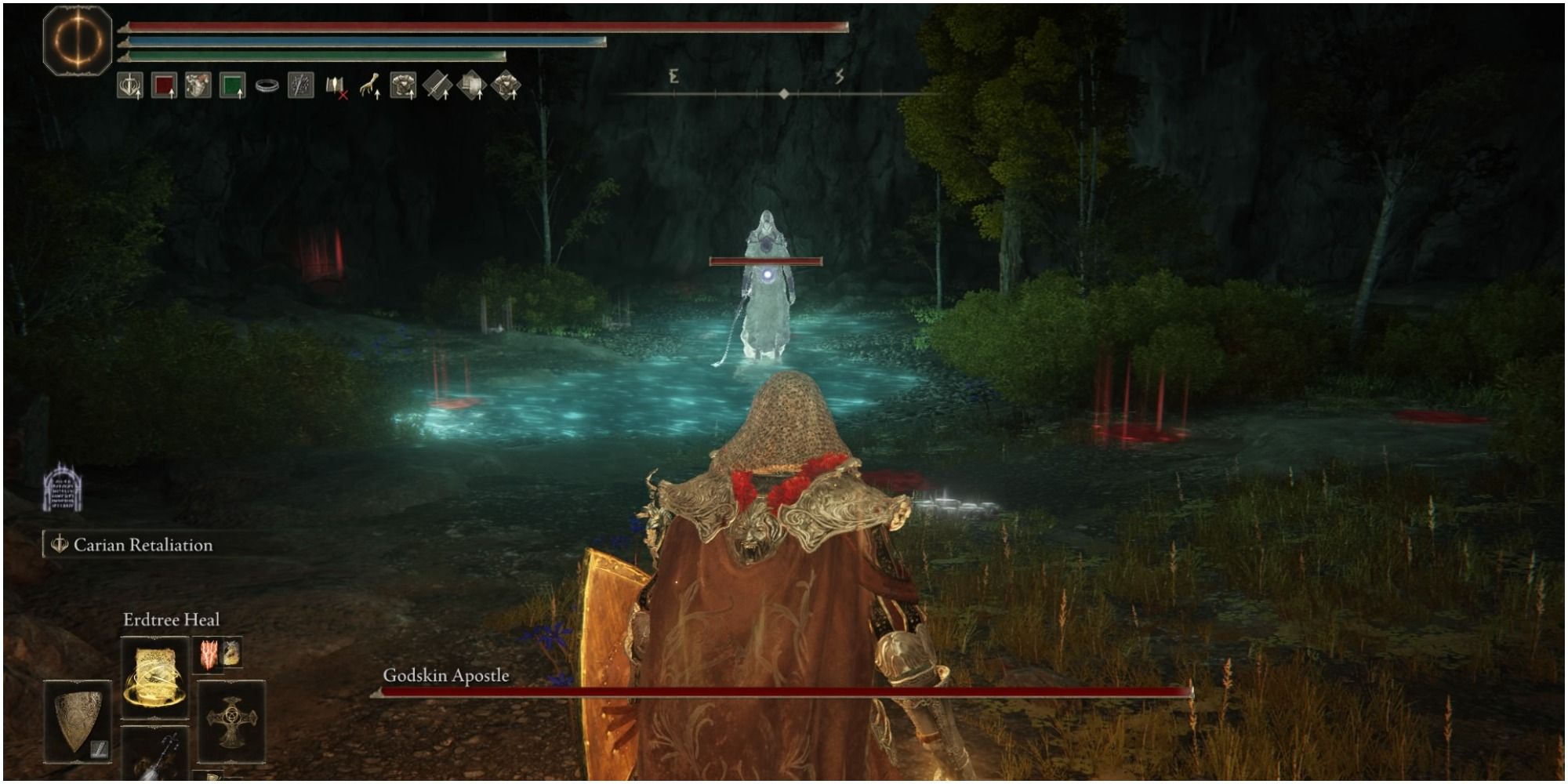 Here you will reach the Spiritcaller Snail boss fight. There are three phases of this fight. For the first phase, you will have to face Godskin Apostle. In the second phase, you will have to deal with Godskin Noble, and in the third phase, Spiritcaller Snail will appear. Godskin Apostle And Godskin Noble can be tough bosses to fight one after the other, but as this is not a duo fight, you can still manage to survive through the fight.

Both bosses have different combat styles. Godskin Noble is more aggressive than Apostle and can thrust you to death with his Rapier. Both bosses have a few dangerous attacks that you need to look out for throughout the fight. As both primarily deal Physical damage, you can equip Talismans like Dragoncrest Greatshield Talisman and Erdtree Favor to increase your Physical Damage negation as well as your health and stamina.

Heavy weapons like Greatswords are not recommended for this fight as they can punish you heavily if you miss an attack. If you are fighting from a distance, both bosses have attacks that are ranged or can close the distance. Godskin Wheel is Godskin Noble's most deadly attack that deals a lot of damage, can knock you down, and makes him close his distance. Try to dodge this attack at all costs.

Do not bring any Sorceries or Incantations that have a slow cast time as the bosses will interrupt your cast. In the third stage of the fight, Spiritcaller Snail will appear and will not do much. You can hit it multiple times and finish the fight getting the rewards.