This is a straightforward guide on how to get directly to the main legacy dungeon that progresses the main story, as well as how to get into Mt. Gelmir and find Volcano Manor. At the end of this article, there will be a list of all notable loot and important field bosses to watch out for. 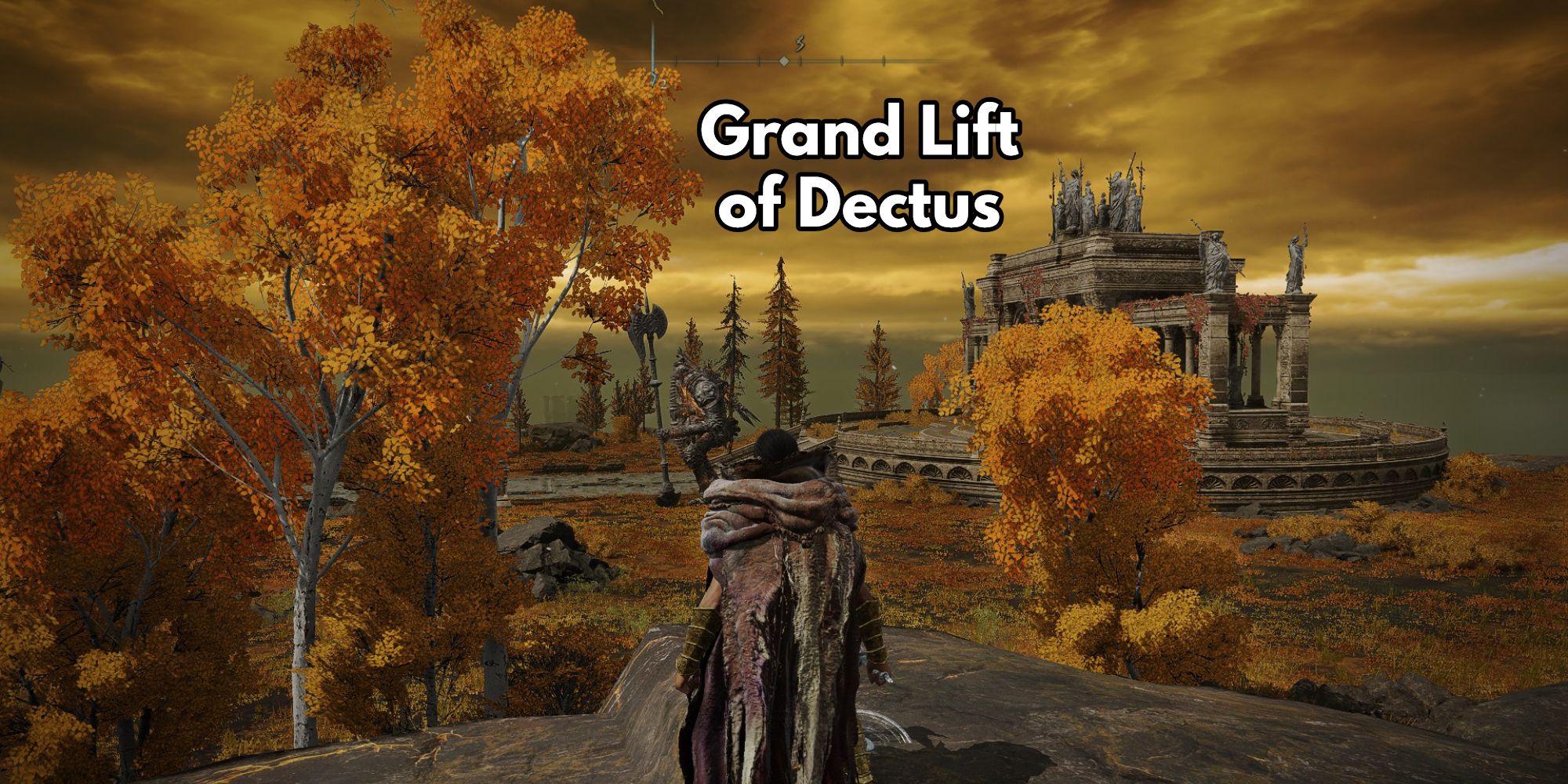 There are two ways to get to Atlus Plateau. You can either operate the Grand Lift of Dectus or work your way through a long and tedious cave called Ruin-Strewn Precipice.

To operate the Grand Lift of Dectus, you need two halves of the medallion that activates the lift. These two pieces, both right and left, are found in two separate Forts in the Lands Between. The left piece is found at the top of Fort Haight in Limgrave. This place is in South-East of Mistwood. The right half of the medallion is found at the top of Fort Faroth in Caelid. Fort Faroth is in North-East Caelid in Dragonsborrow.

With both pieces of the medallion in your inventory, you will get the option to 'Hoist Medallion' when standing at the Grand Lift of Dectus. It will then teleport you to Atlus Plateau.

On the other hand, the Ruin-Strewn Precipice is full of hundreds of enemies. It will start with crystal cave miners to creepy bad ladies. To get to this long and tedious cave, you have to access it from the small river North of Liurnia of The Lakes.

Toward the end of this cave, you'll find a great Magma Wyrm boss. Once defeated, you can access a wooden lift that will simply take you to Atlus Plateau. You'll then be in a relatively dangerous area where a dragon will spawn up ahead. Your best bet is to make a run for it on Torrent to the main Site of Grace near the Grand Lift. This requires running past the dragon, turning right, and finding the Erdtree-Gazing Site of Grace and beyond. 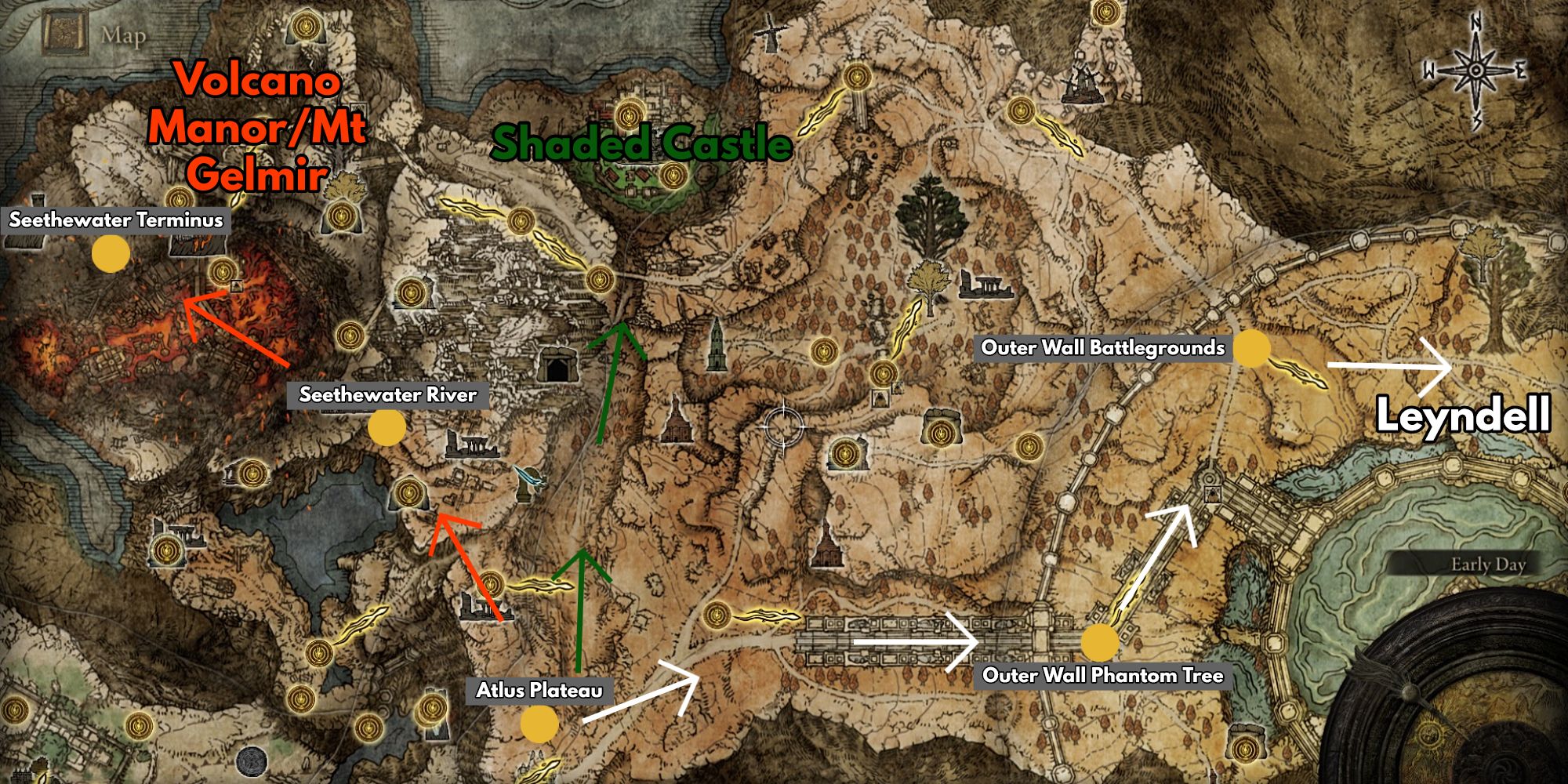 The photo above shows the general pathway to all three locations. Continue reading for a detailed walkthrough on getting to Volcano Manor and the Capital.

How To Get To Leyndell Royal Capital 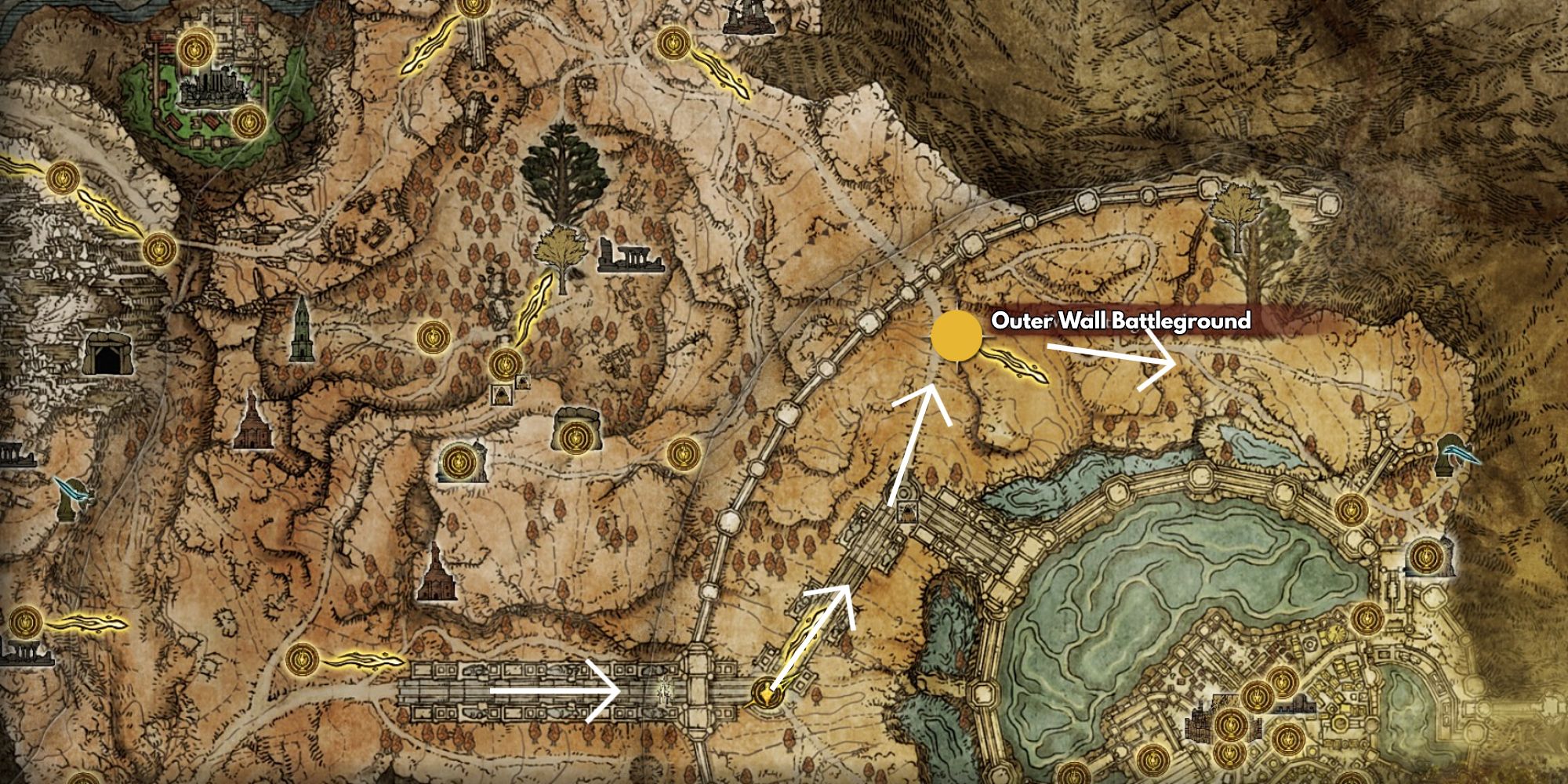 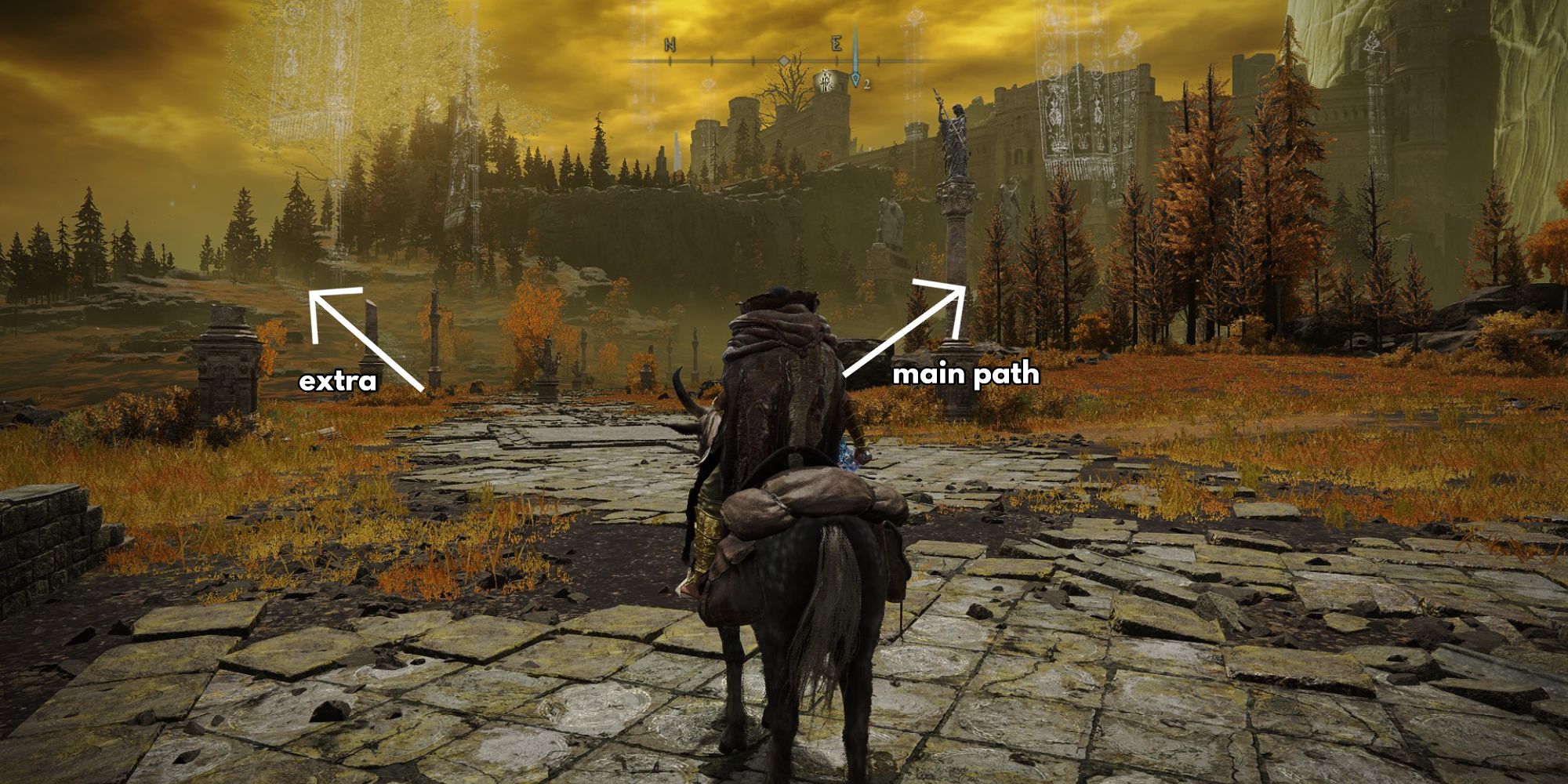 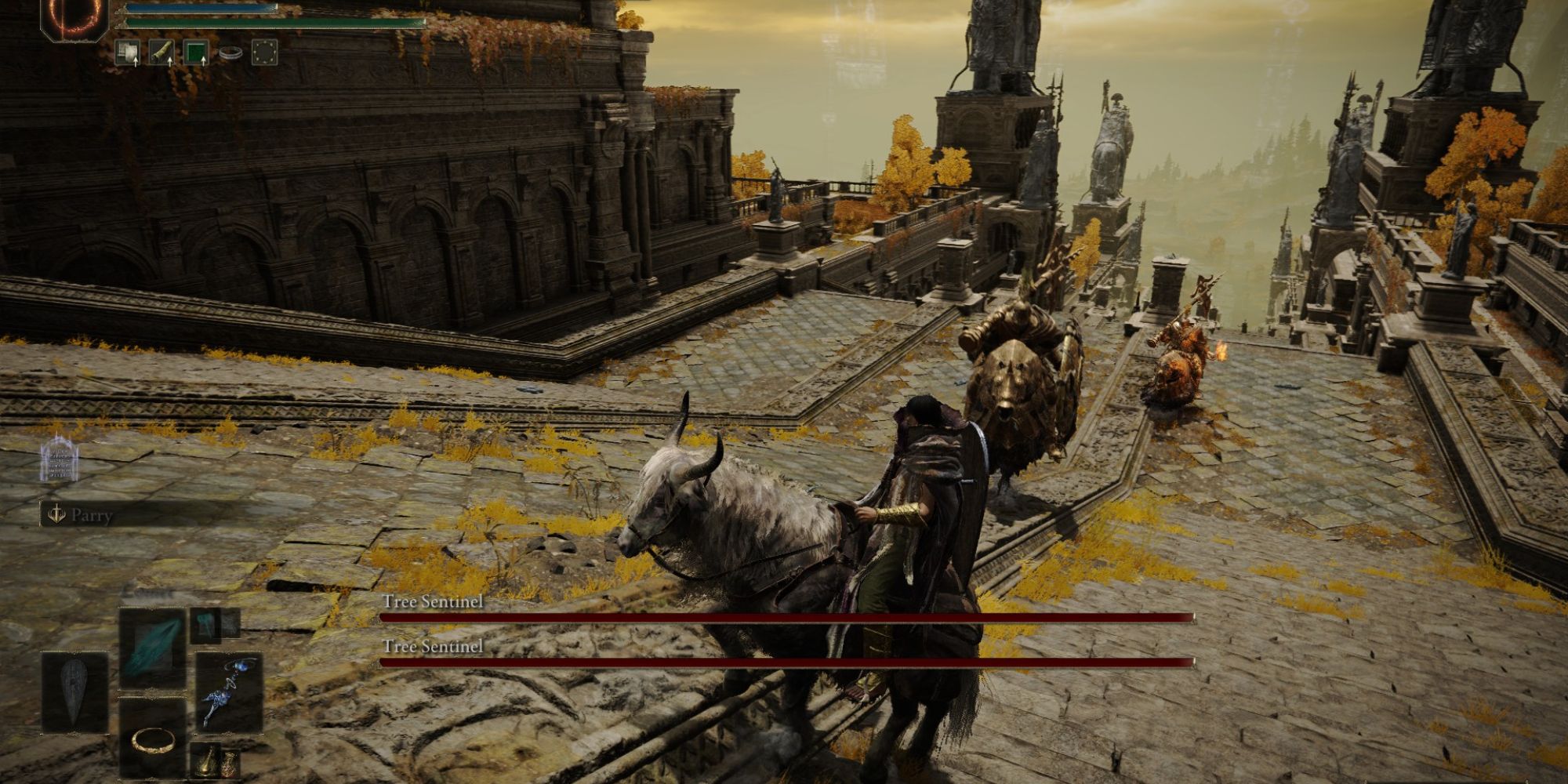 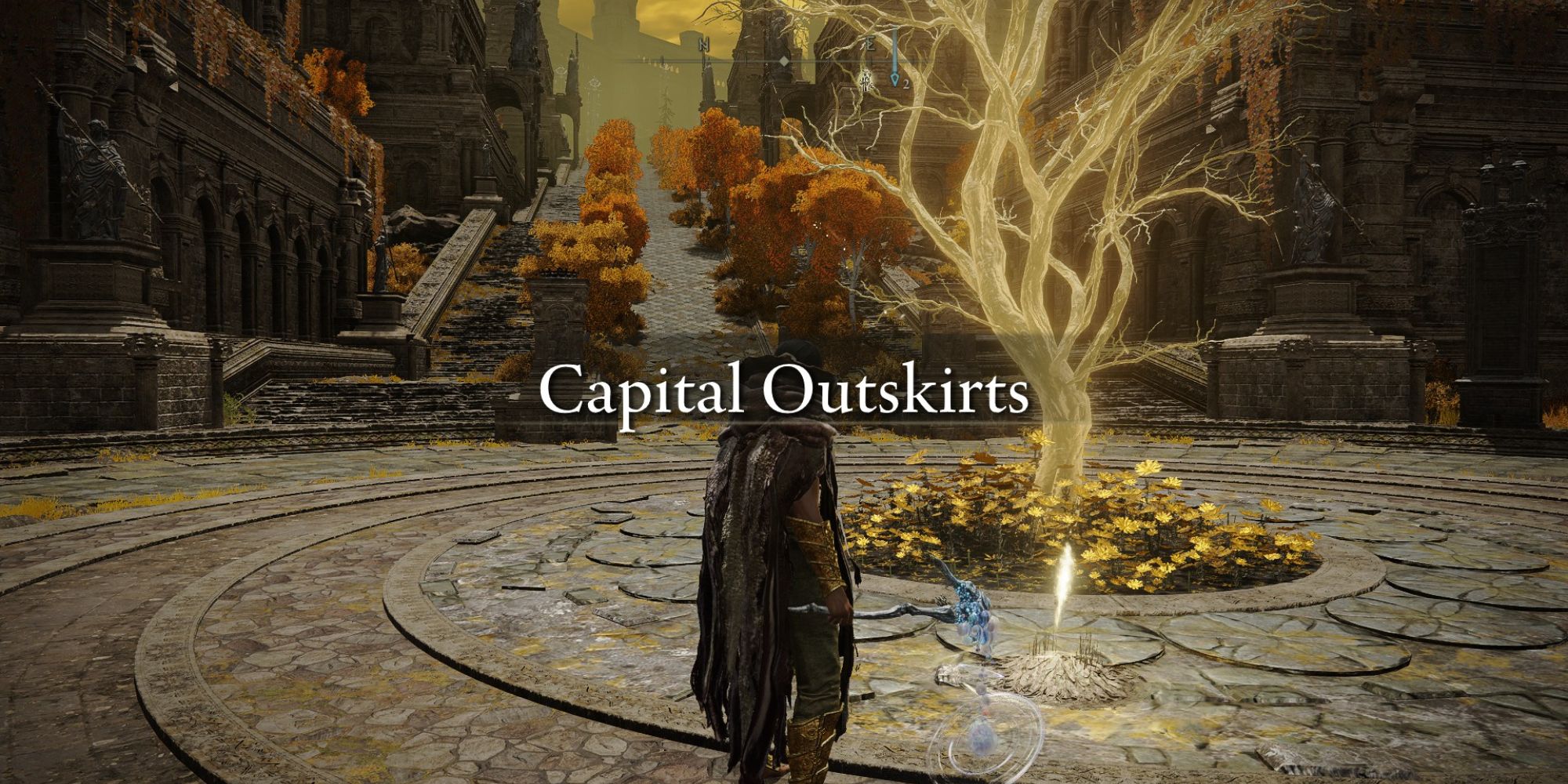 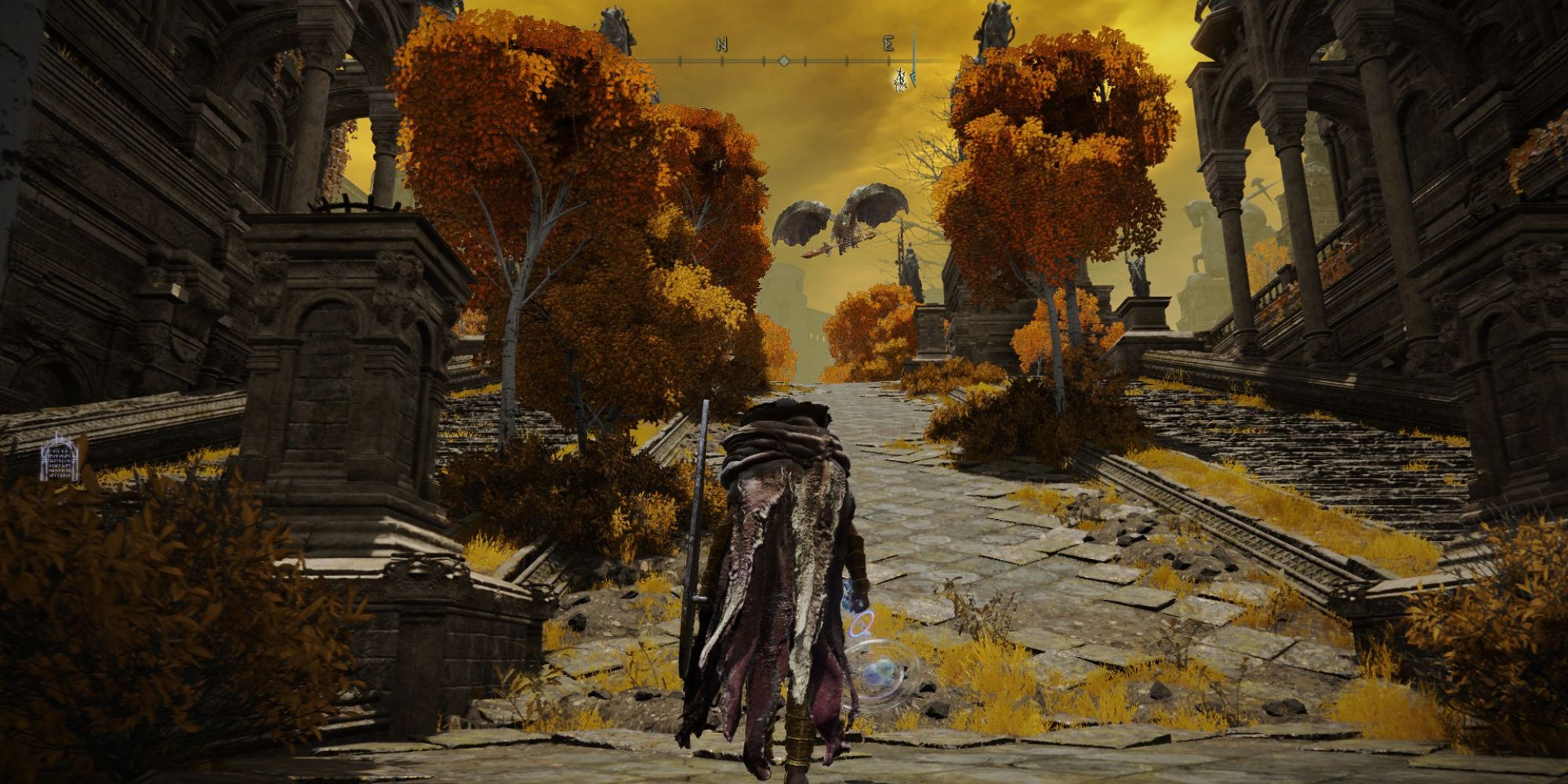 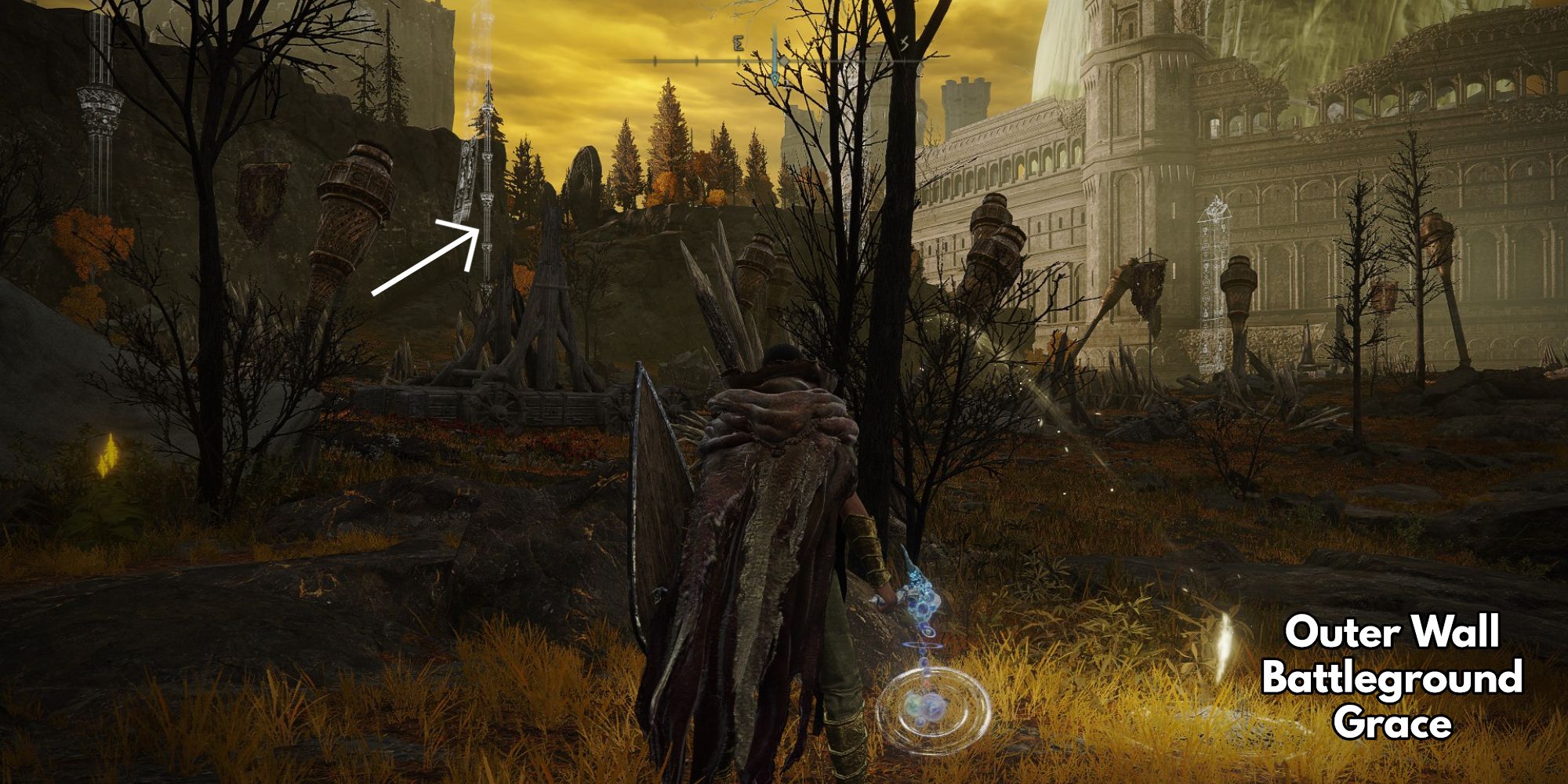 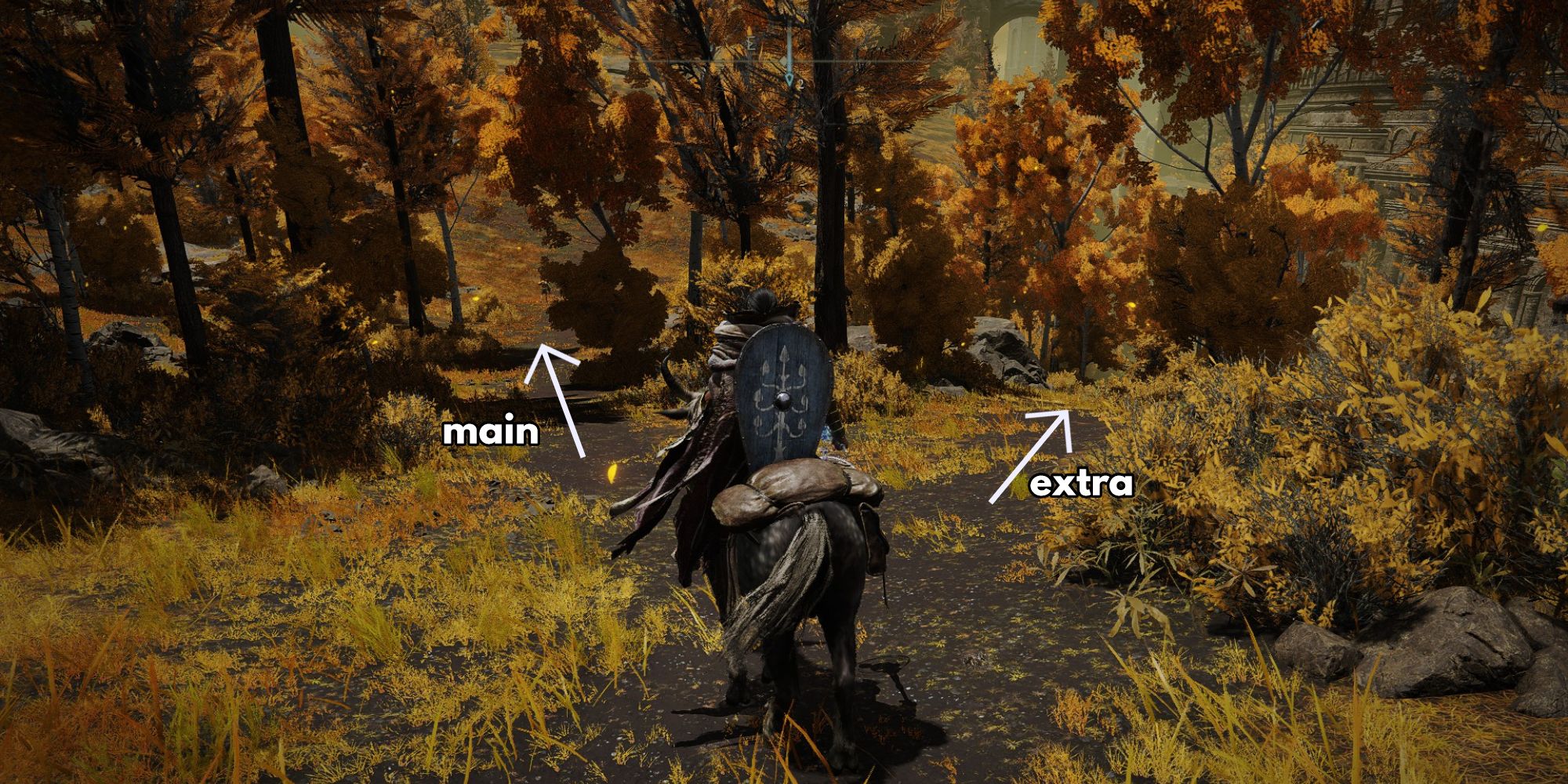 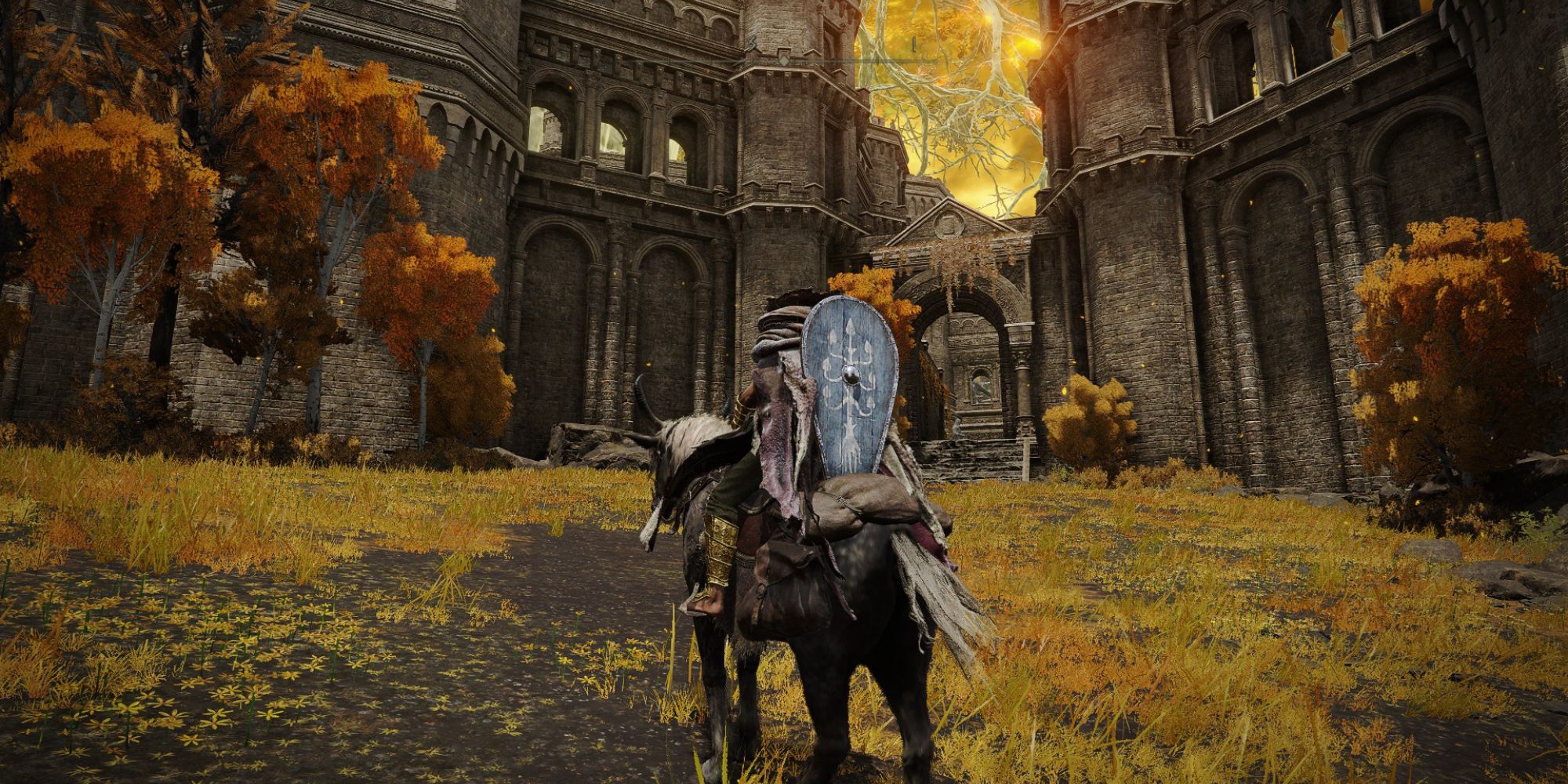 Getting to Leyndell Royal Capital is relatively easy compared to traversing through Mt. Gelmir. From the main Site of Grace, Atlus Plateau, all you have to do is walk down the street towards the large castle in the distance.

Up the grand stairs will be plenty of enemies, with two Tree Sentinels armed and ready at the end. You can struggle to take them out right then and there, but it's best to run past them and grab the Site of Grace past the doors behind them. Then you can respawn closer when trying to take out the sentinels.

From this Site of Grace, Outer Wall Phantom Tree, you can head North up the road. South of this Grace is seemingly a little camp out on the grace. Going towards it will spawn an Ulcerated Tree Spirit. Up the beaten path to the left of the camp will lead you to a church containing a special Seal and Cookbook.

Up the North road, a gargoyle mini-boss will swoop in to stop you. Past him, you'll find a Finger Reader and two Golden Seeds. Continuing North will have you enter the outer wall battlegrounds of the capital. A grace will be up ahead.

From the Outer Wall Battleground Site of Grace, you may notice a small ramp to the very left, against the cliffs. Going up the ramp and following the beaten path Eastward is how you get to the entrance of Leyndell Royal Capital. The end of the beaten path, and the entrance to the Capital, are blocked off by a boss, the Draconic Tree Sentinel. Once he's defeated, the fog gate will diminish and you can enter the capital.

How To Get To Mt Gelmir And Volcano Manor 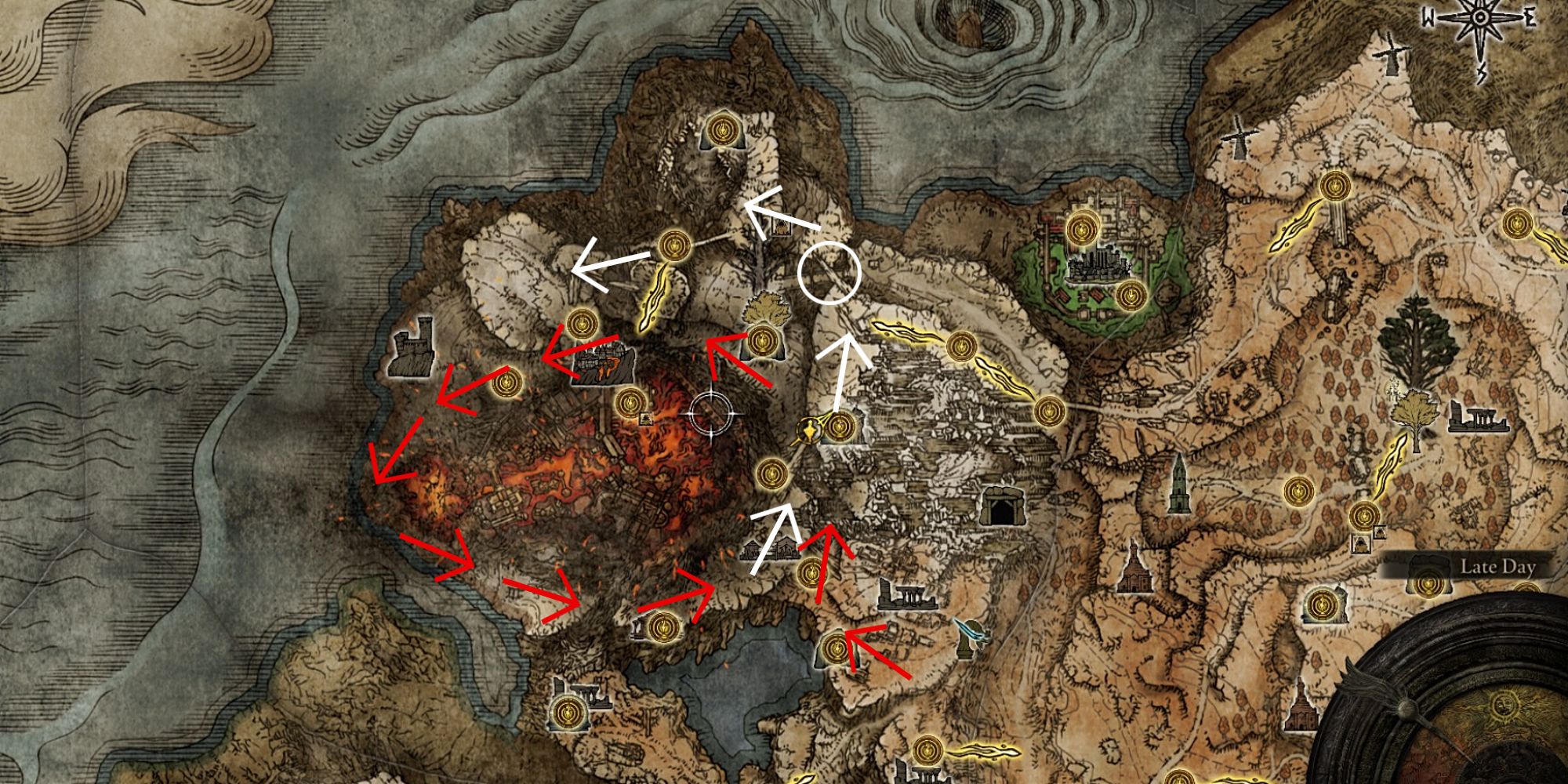 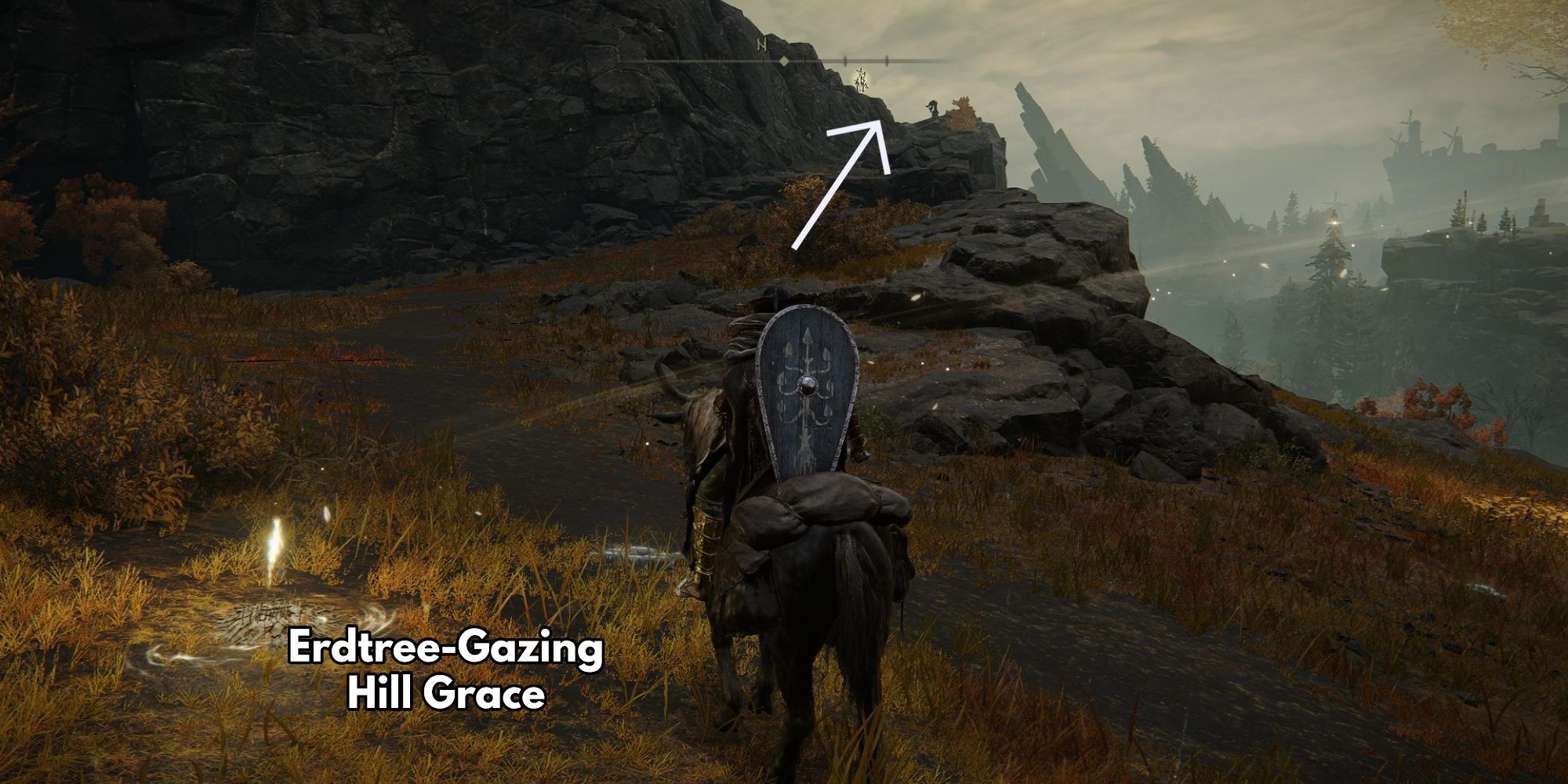 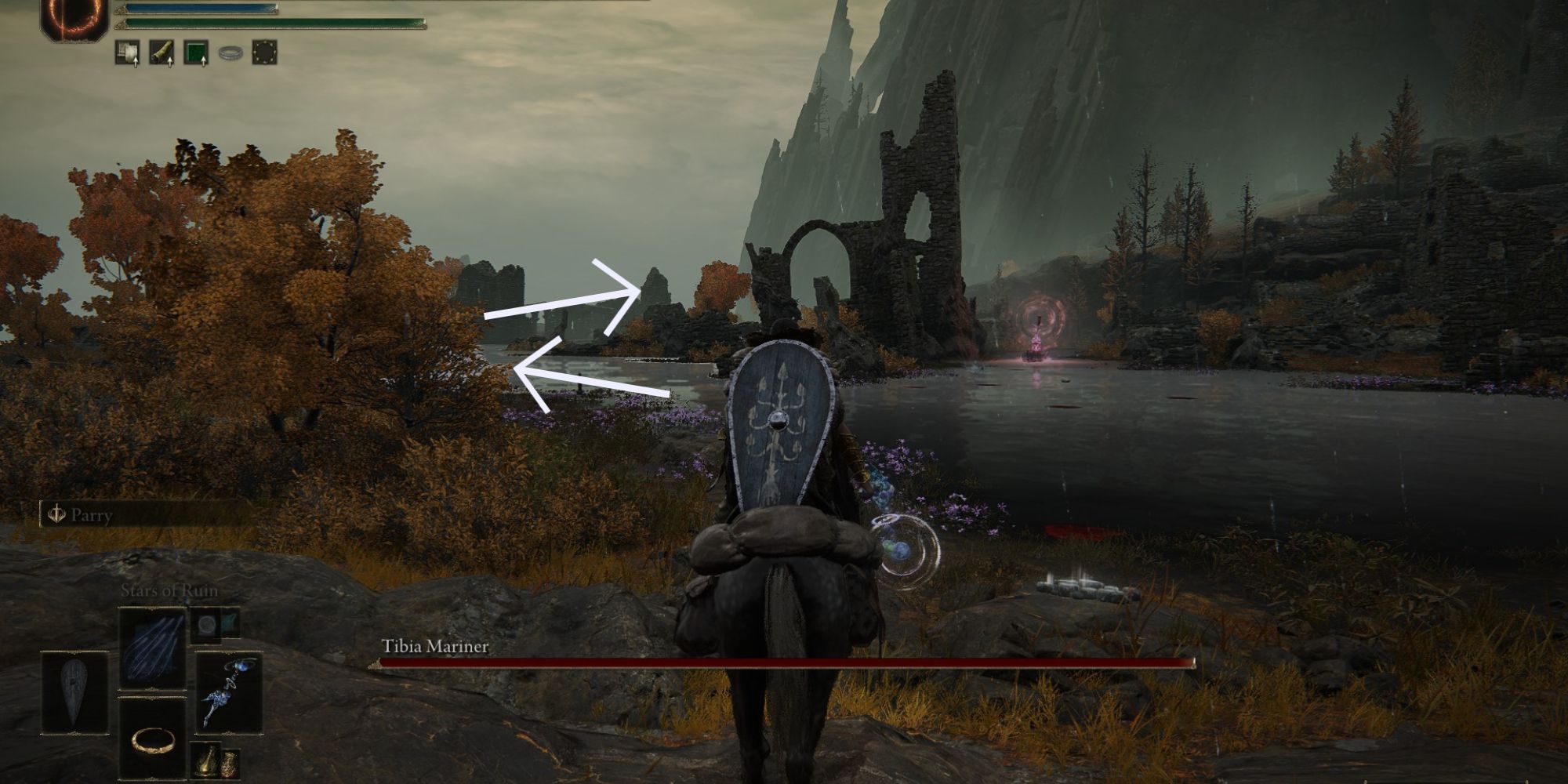 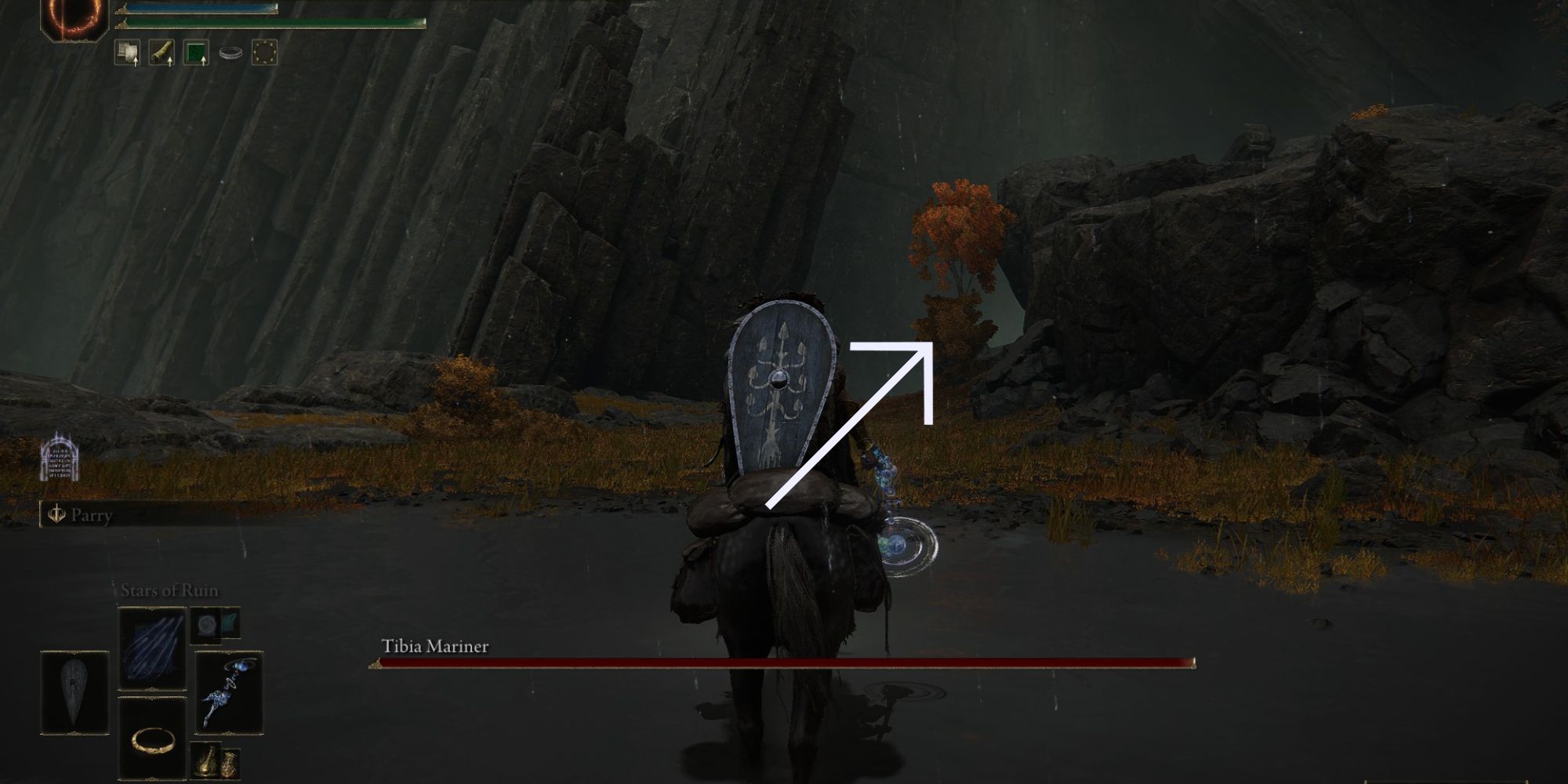 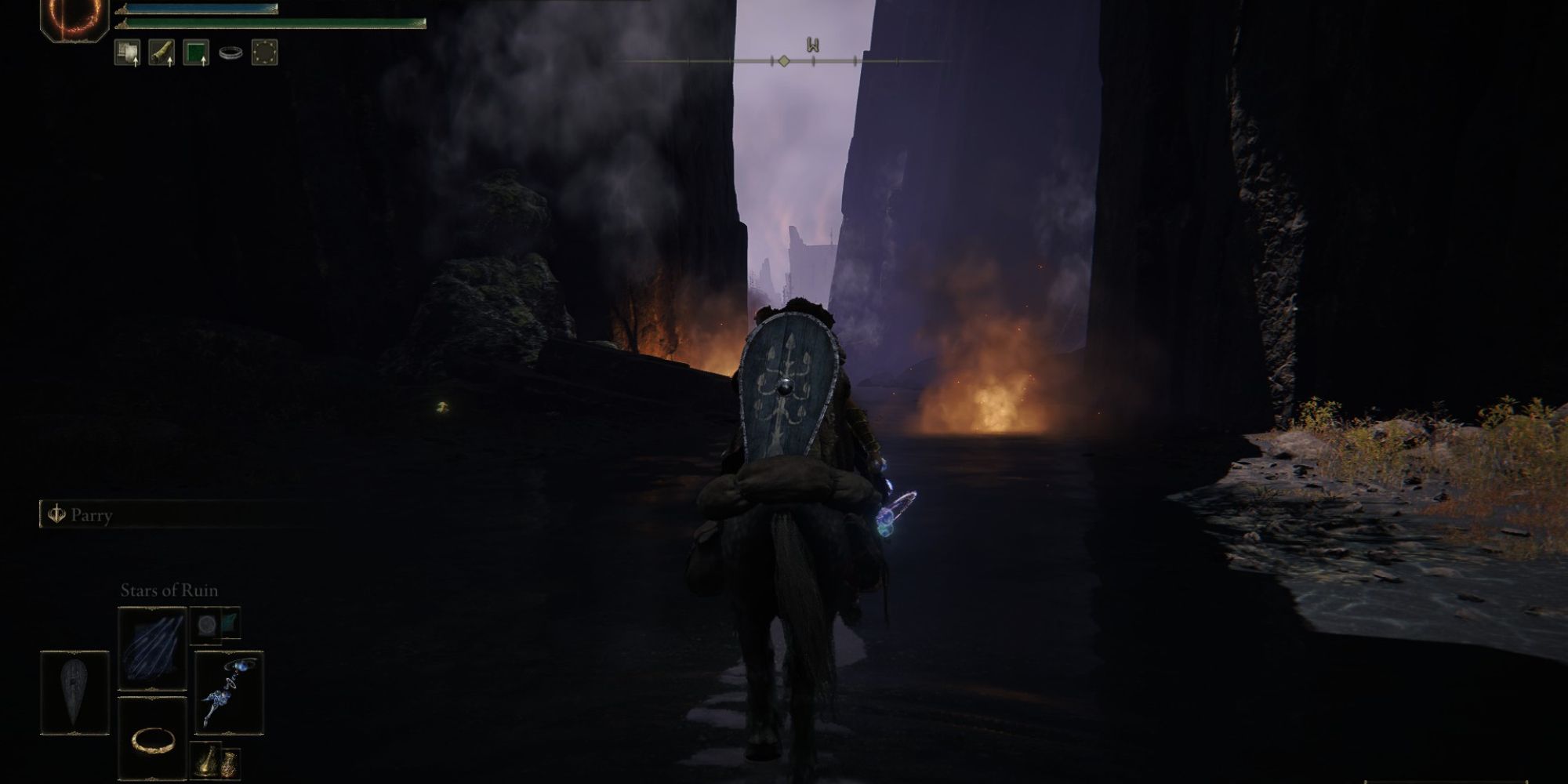 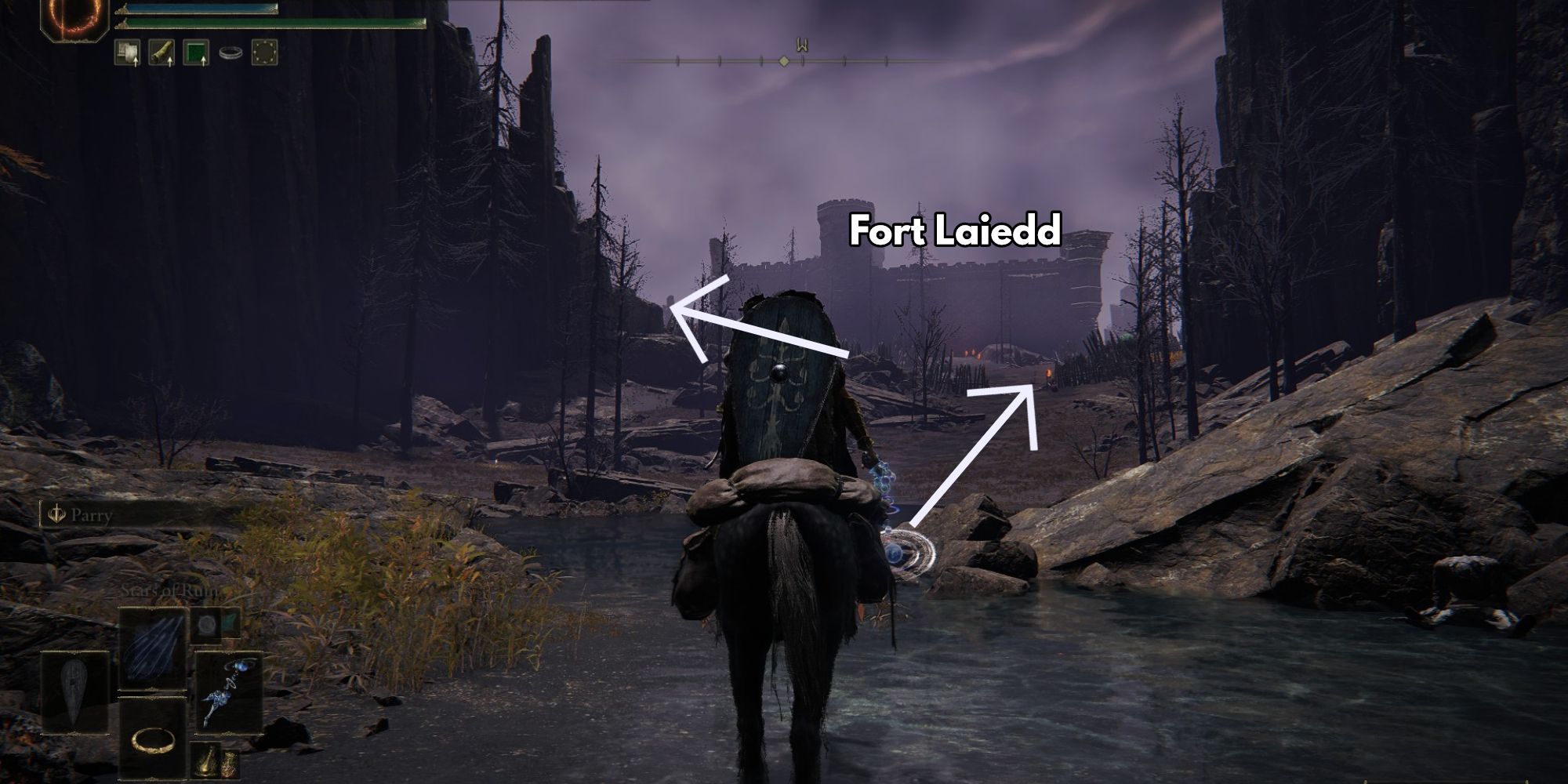 To enter Mt. Gelmir, you want to start at the Site of Grace Erdtree-Gazing Hill. To the North, up some rocks will be a Tibia Mariner boss fight. Going left and around the battle arena is how you enter Mt. Gelmir. Finding Volcano Manor takes a little more effort.

To get to Volcano Manor, the second legacy dungeon with a whole new side quest and faction, you're required to first walk through the Mt. Gelmir ravine. Reach the Seethewater Terminus Site of Grace. Ahead this grace will be Fort Laiedd. Heading left, behind the fort will be a Magma Wyrm boss. Walk past or defeat the wyrm and continue a winding path around, towards Hermit Village.

See the labeled map in the series of photos above and below to get a better understanding of the pathway needed.

There will be another boss at the end of Hermit Village. Go all the way to the very end of the village where you'll see a sharp, protruding rock past the Demi-Queen boss. You can use it as a bridge and drop down to another area. A hero cave is in the immediate vicinity after dropping from Hermit Village. 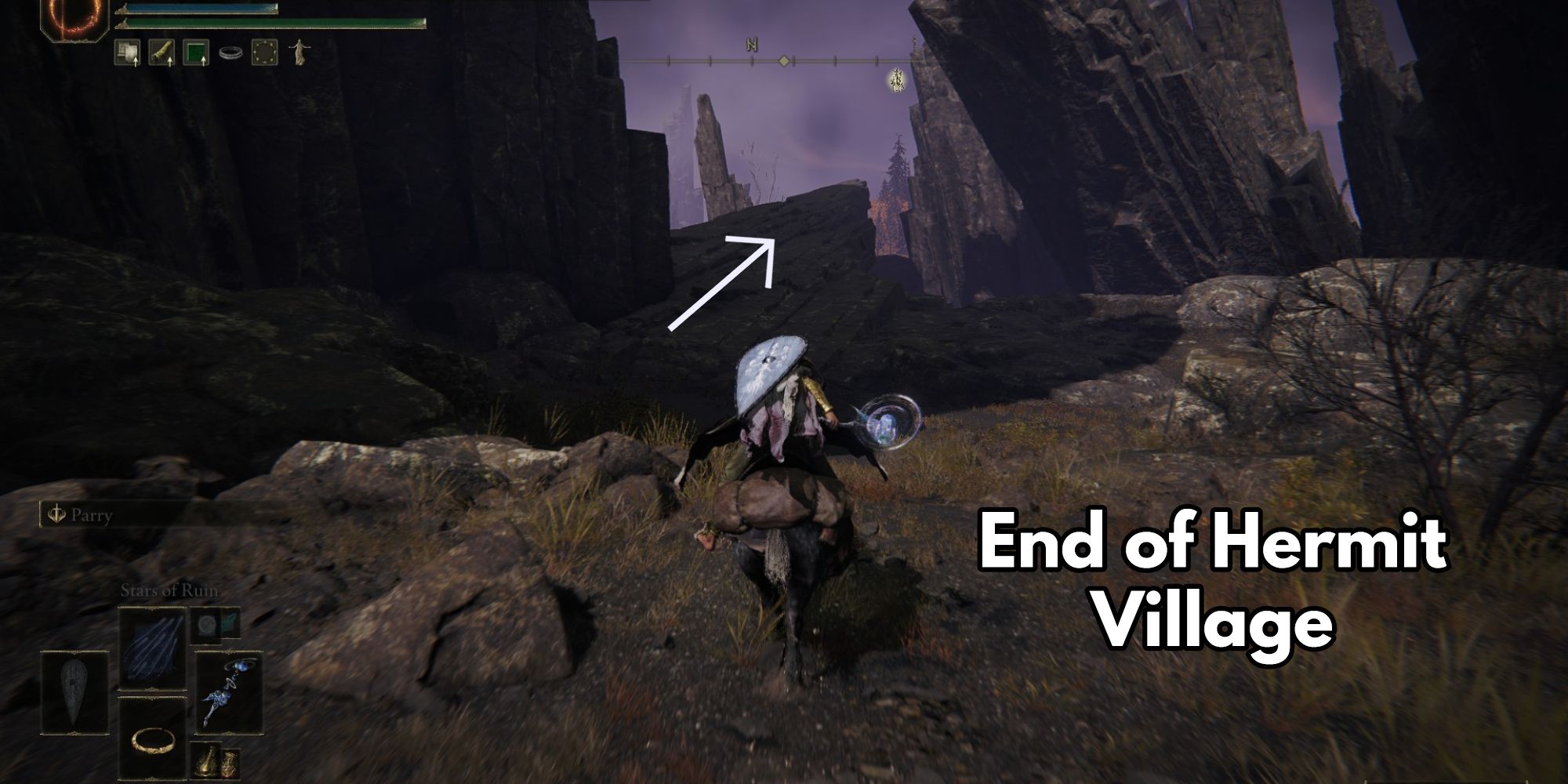 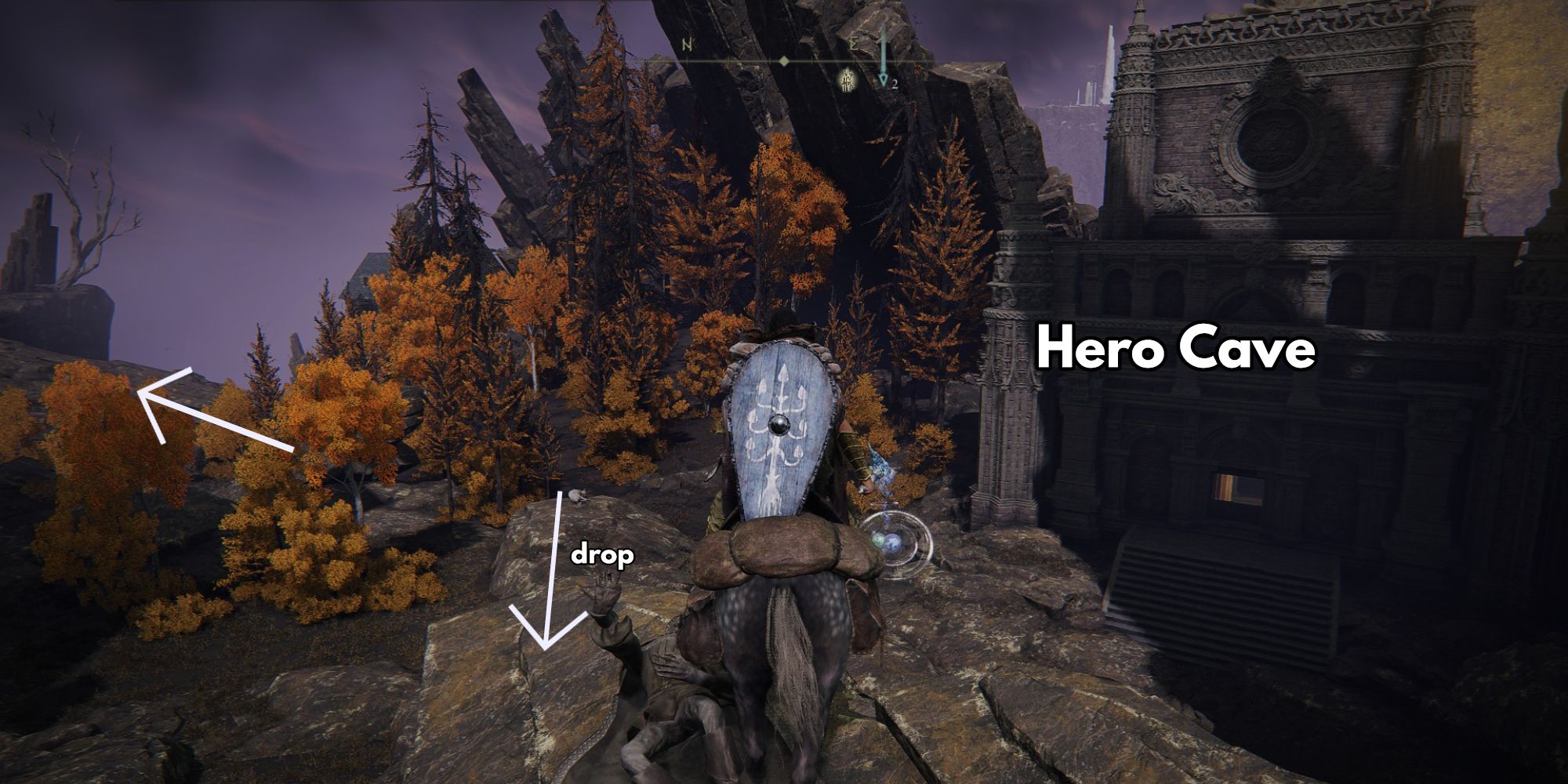 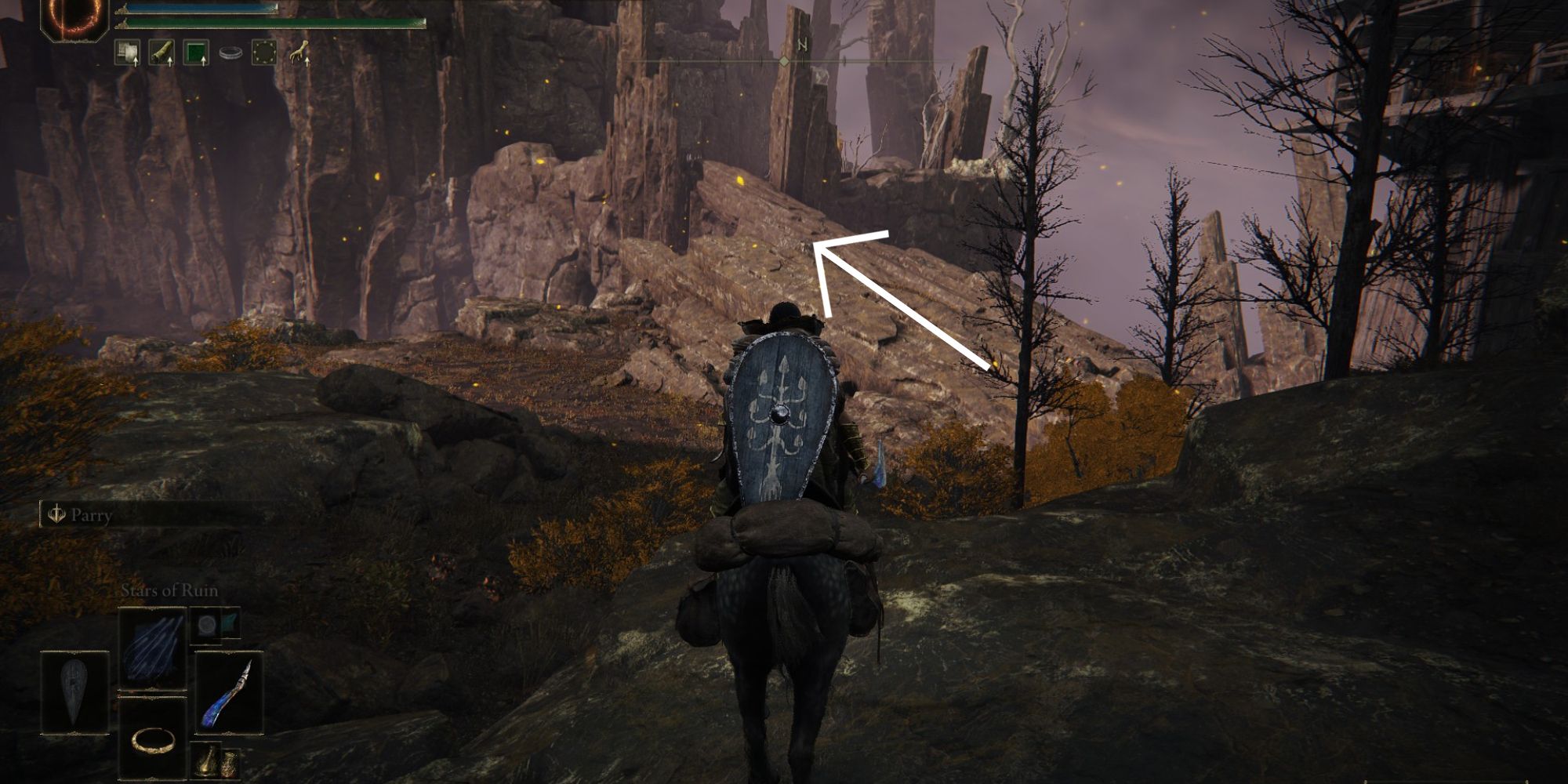 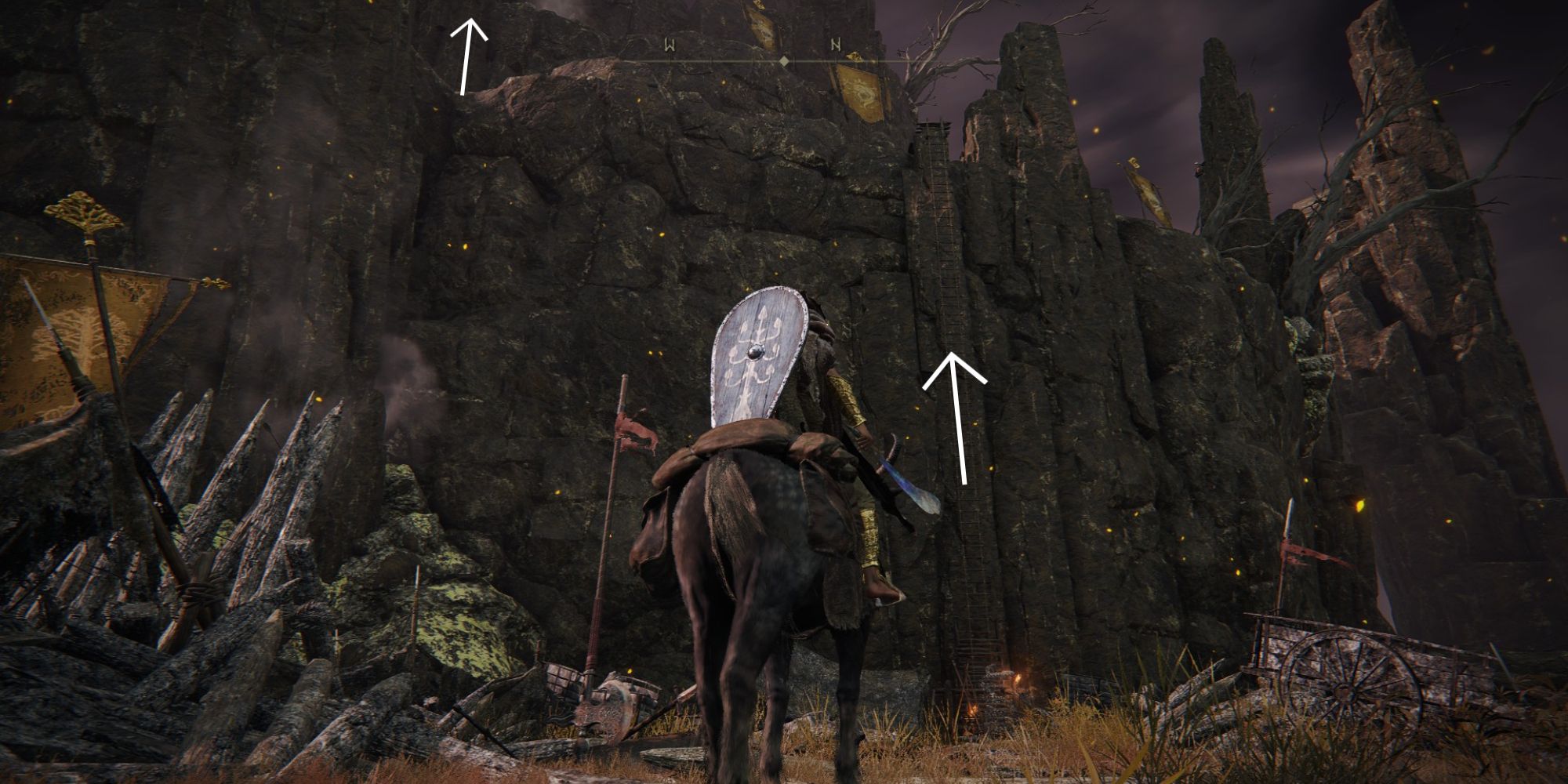 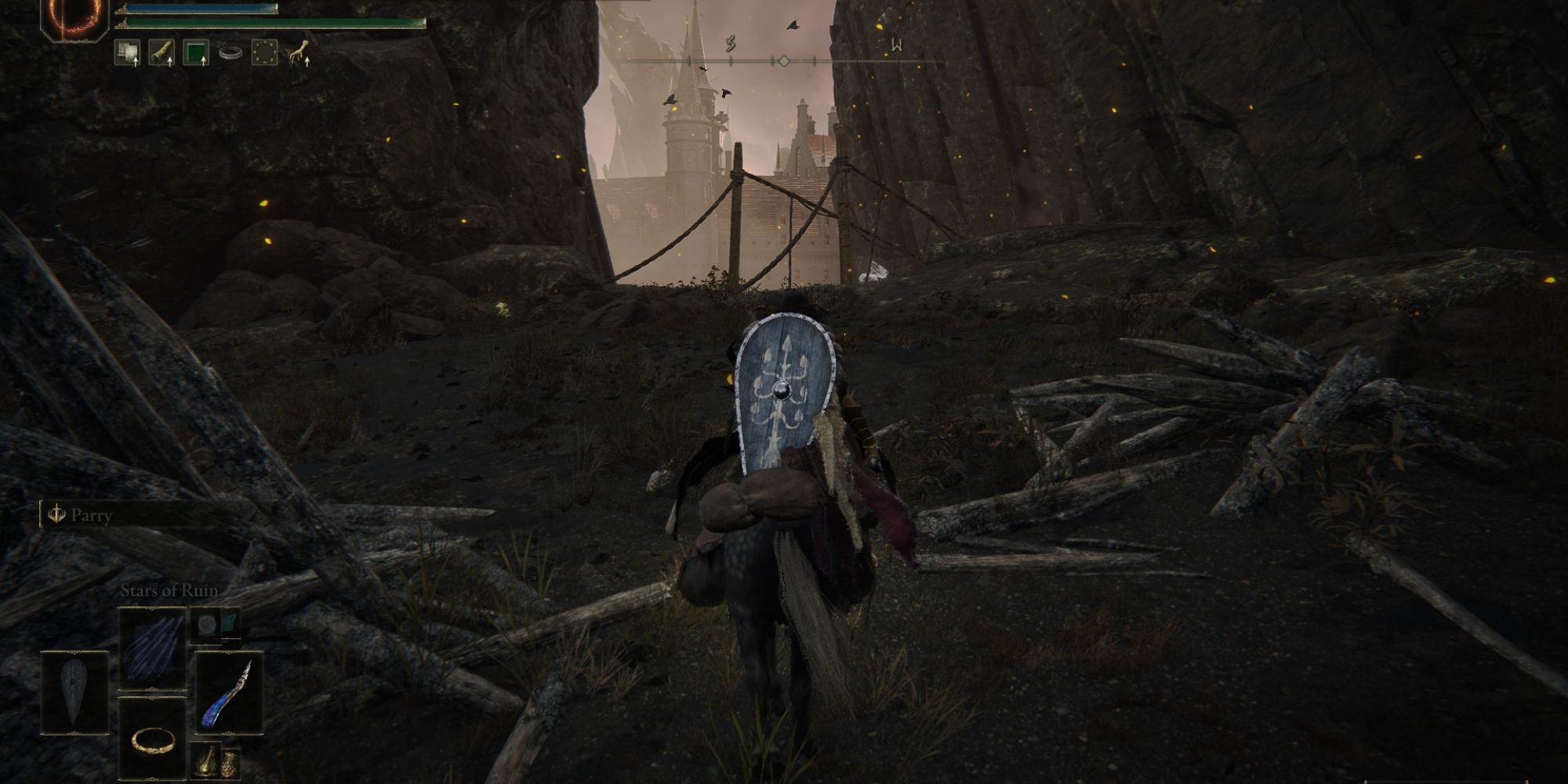 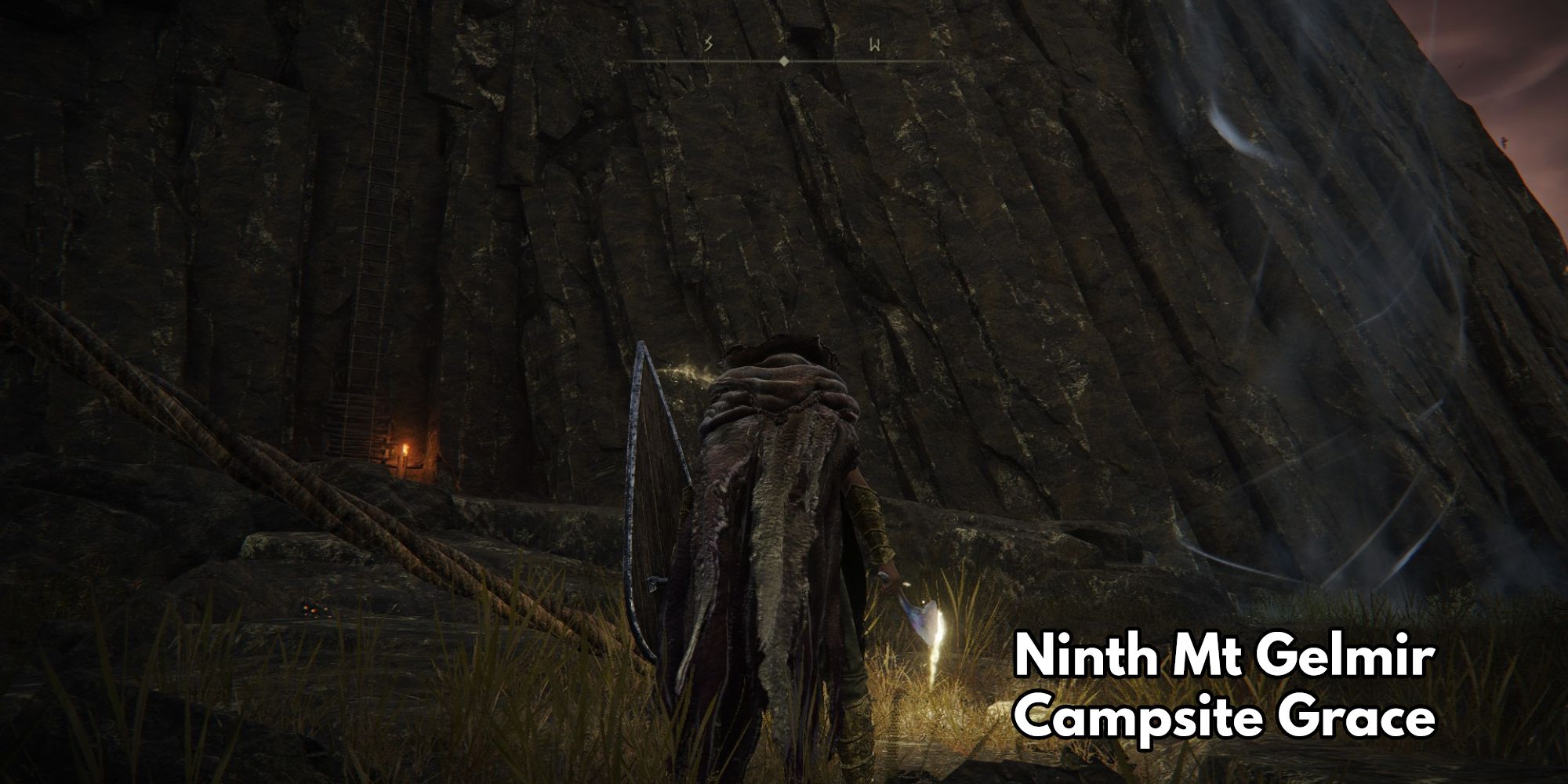 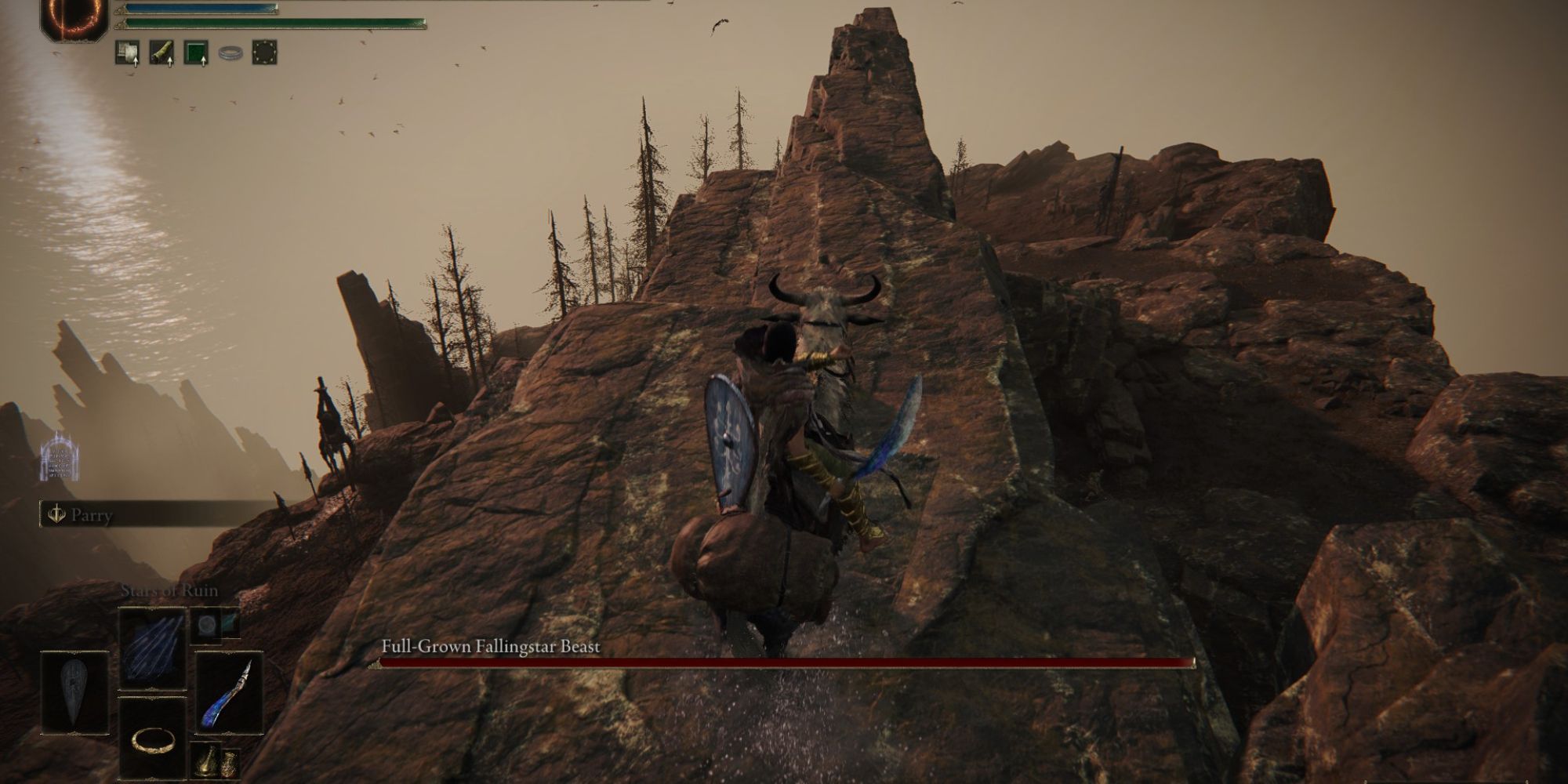 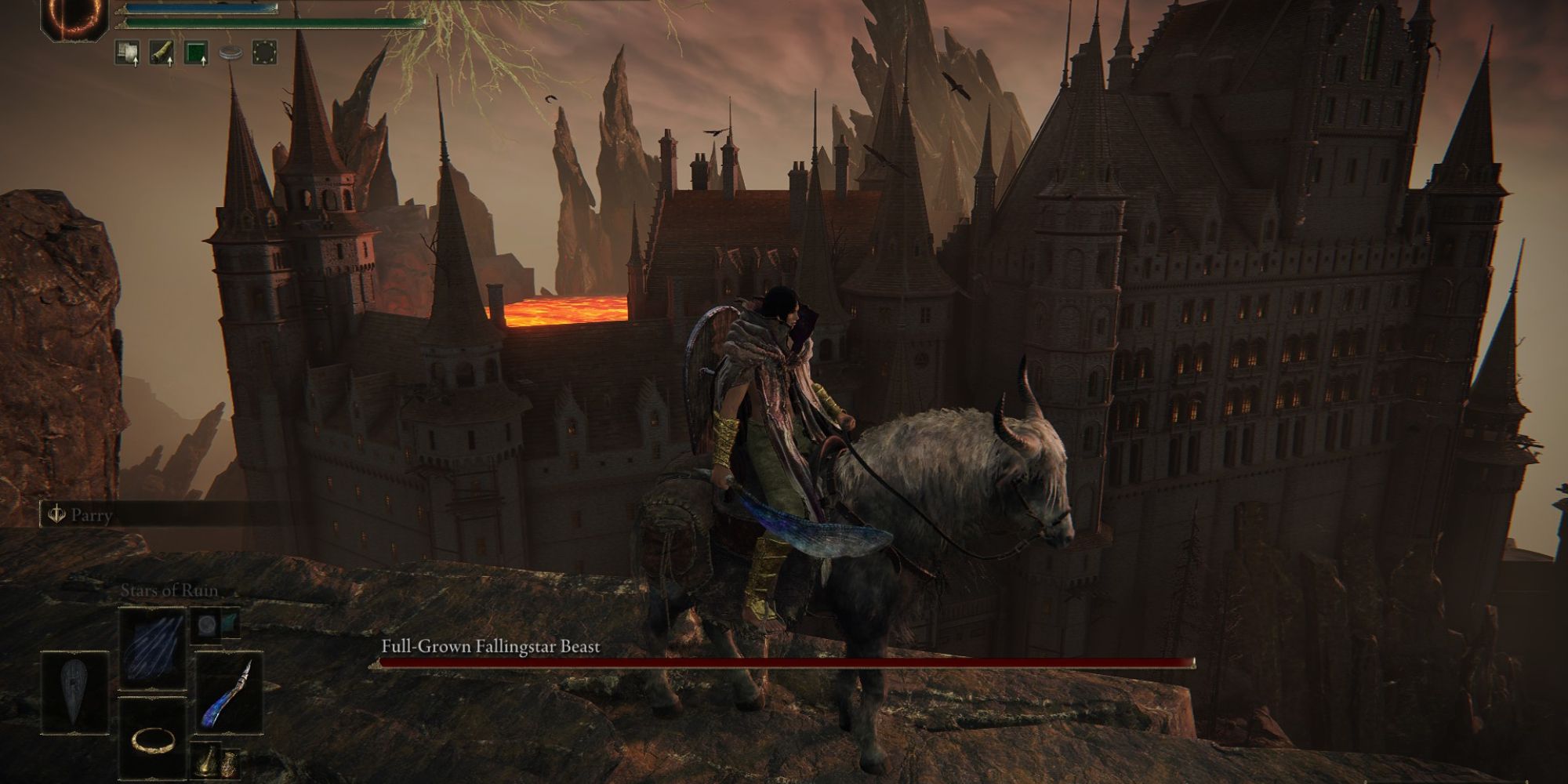 To get to the manor, go North past the Hero Cave. There will be another long, pointy rock that actually acts as a bridge. There will be a messy battleground here. Instead of walking through it, you have to climb the various ladders on the mountains to your left. Once you're at the top, head West and walk down a bridge. This leads you to the Ninth Mt. Gelmir Campsite Site of Grace.

From here, all you have to do is use either the ladder or spirit spring up, and you'll see Volcano Manor. However, just above the ladder is a Fallingstar Beast boss. You can avoid him or defeat him; either way there is another pointy rock on the right you can drop down from. After dropping, the general path will lead you to the entrance to the manor. 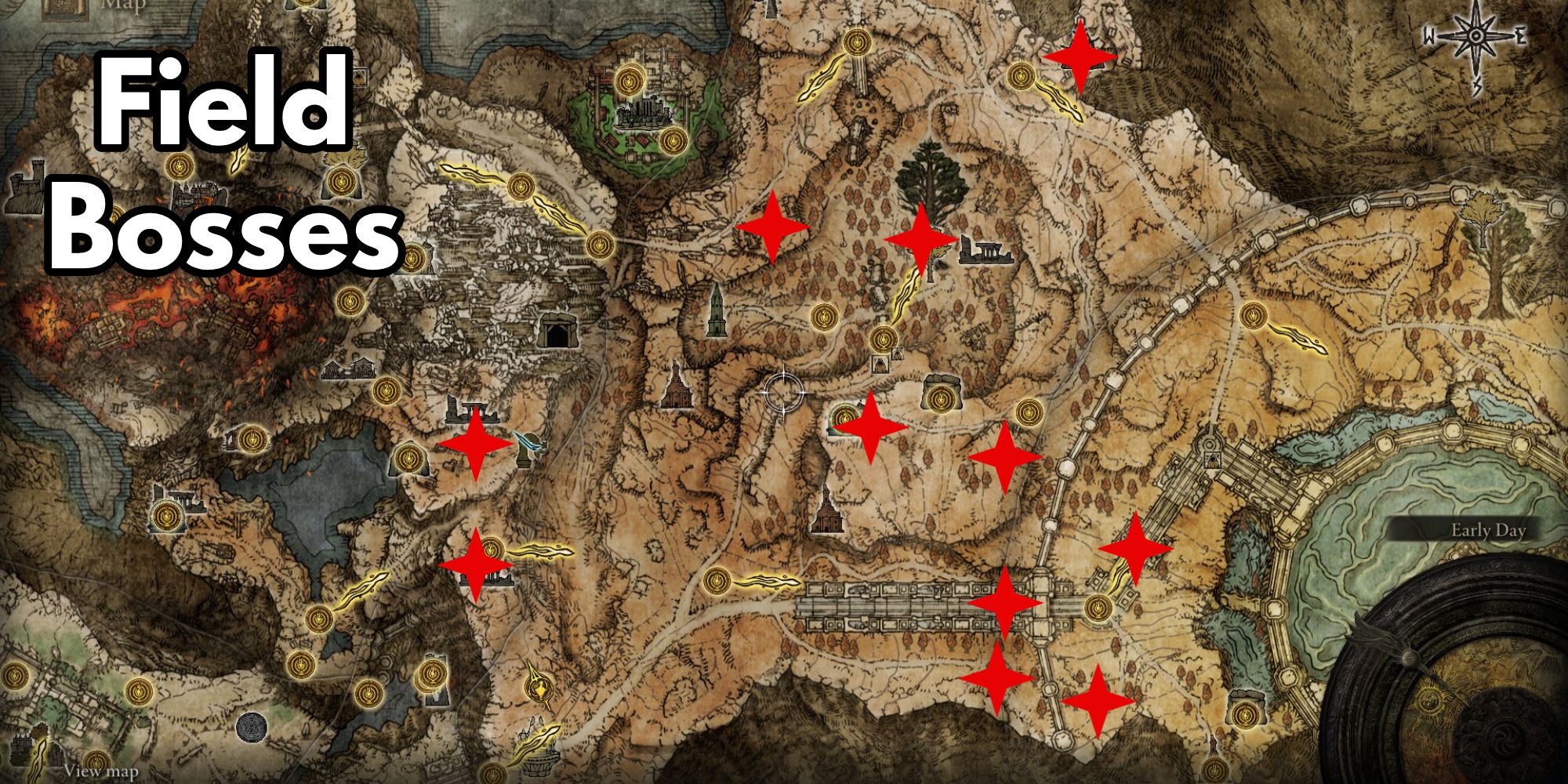 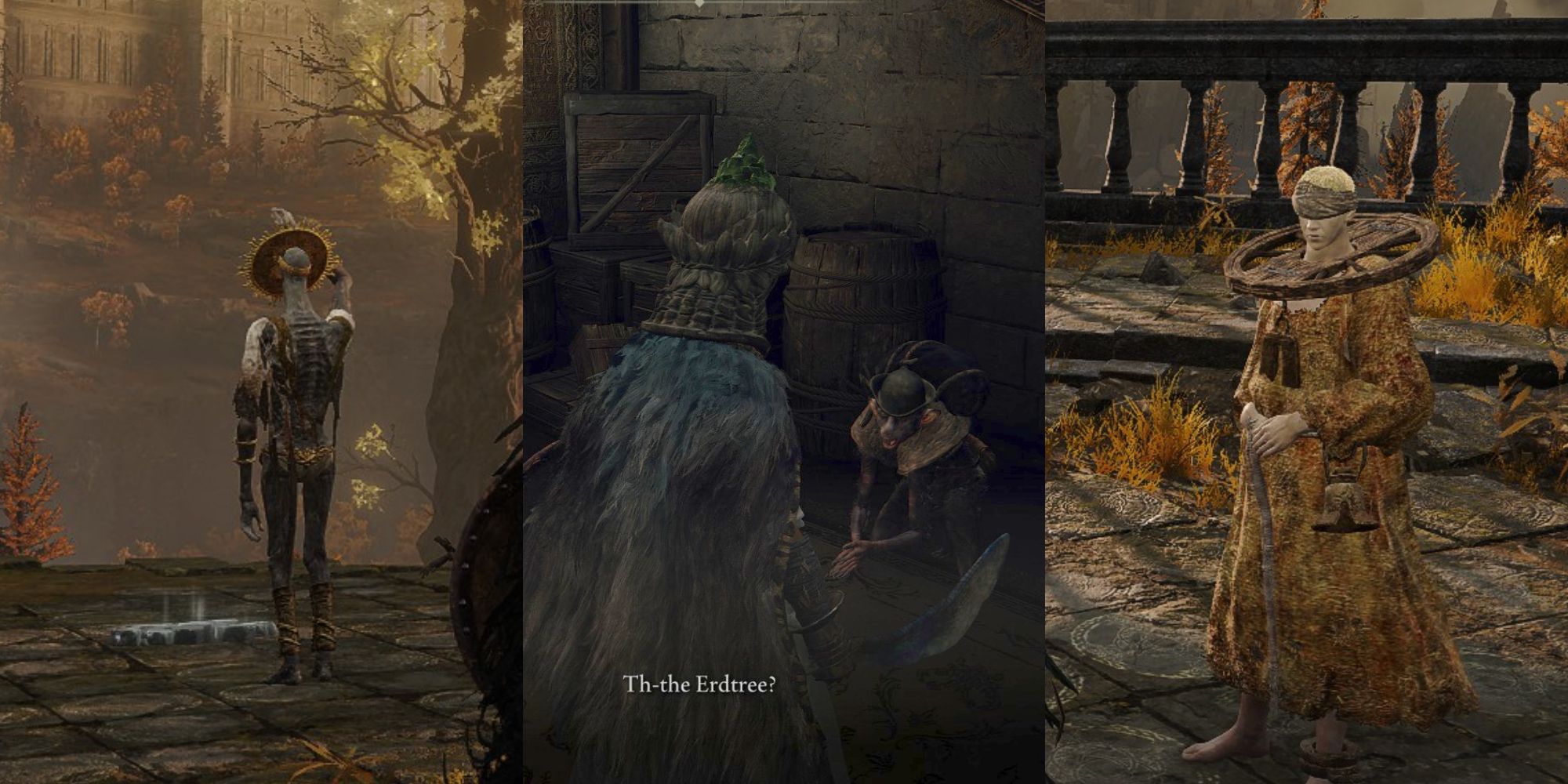 Notable Loot In The Atlus Plateau 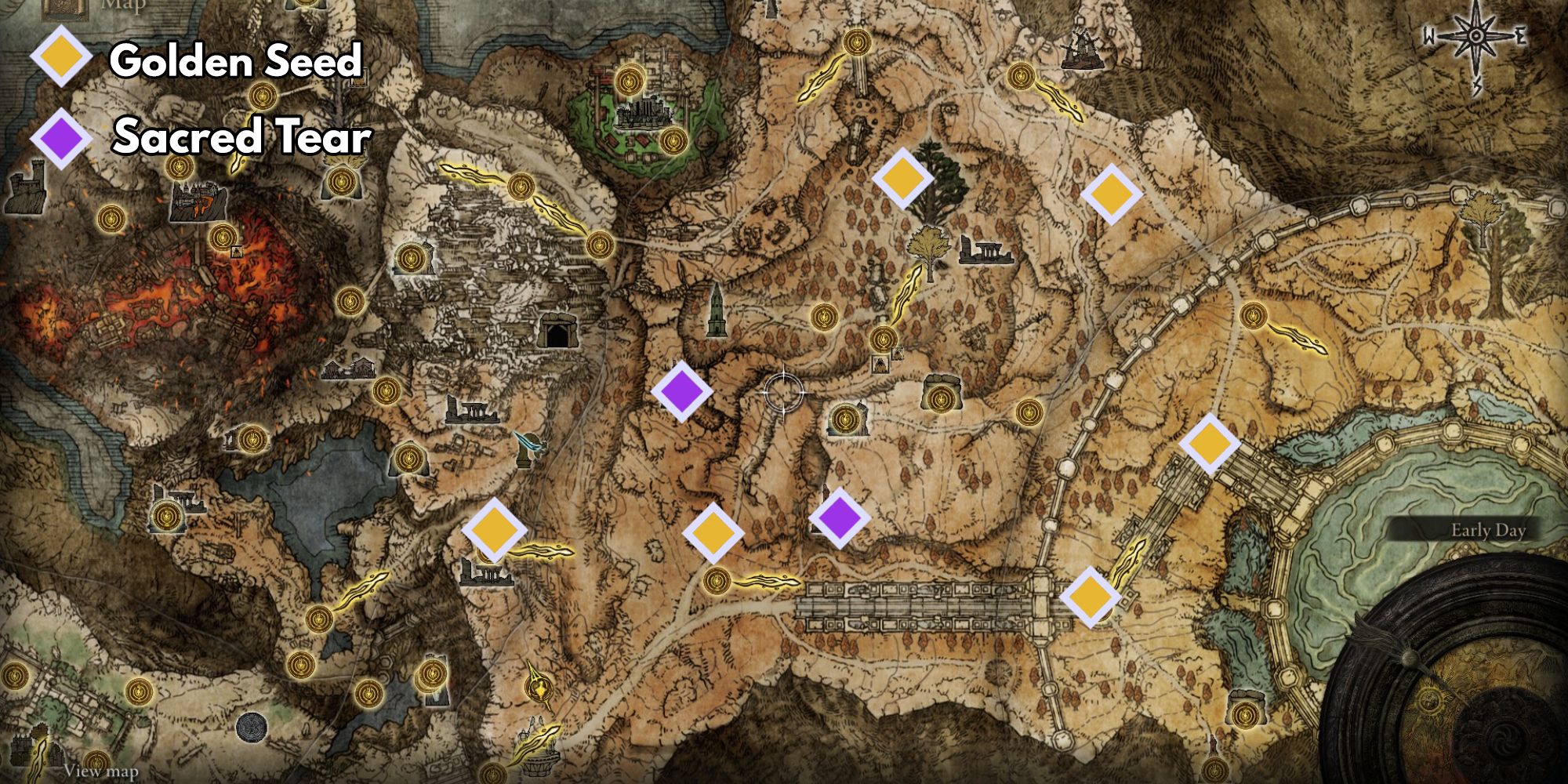 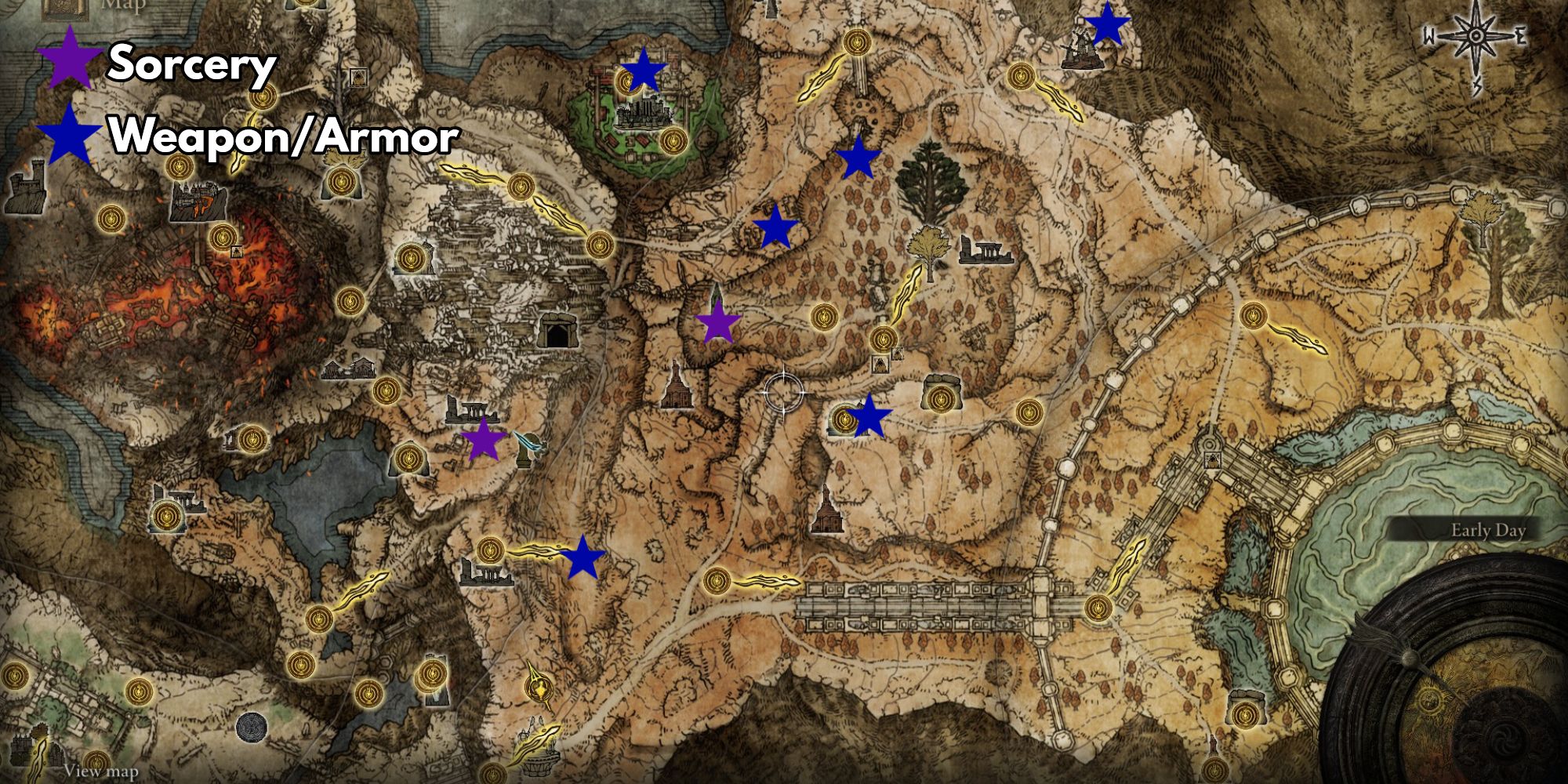 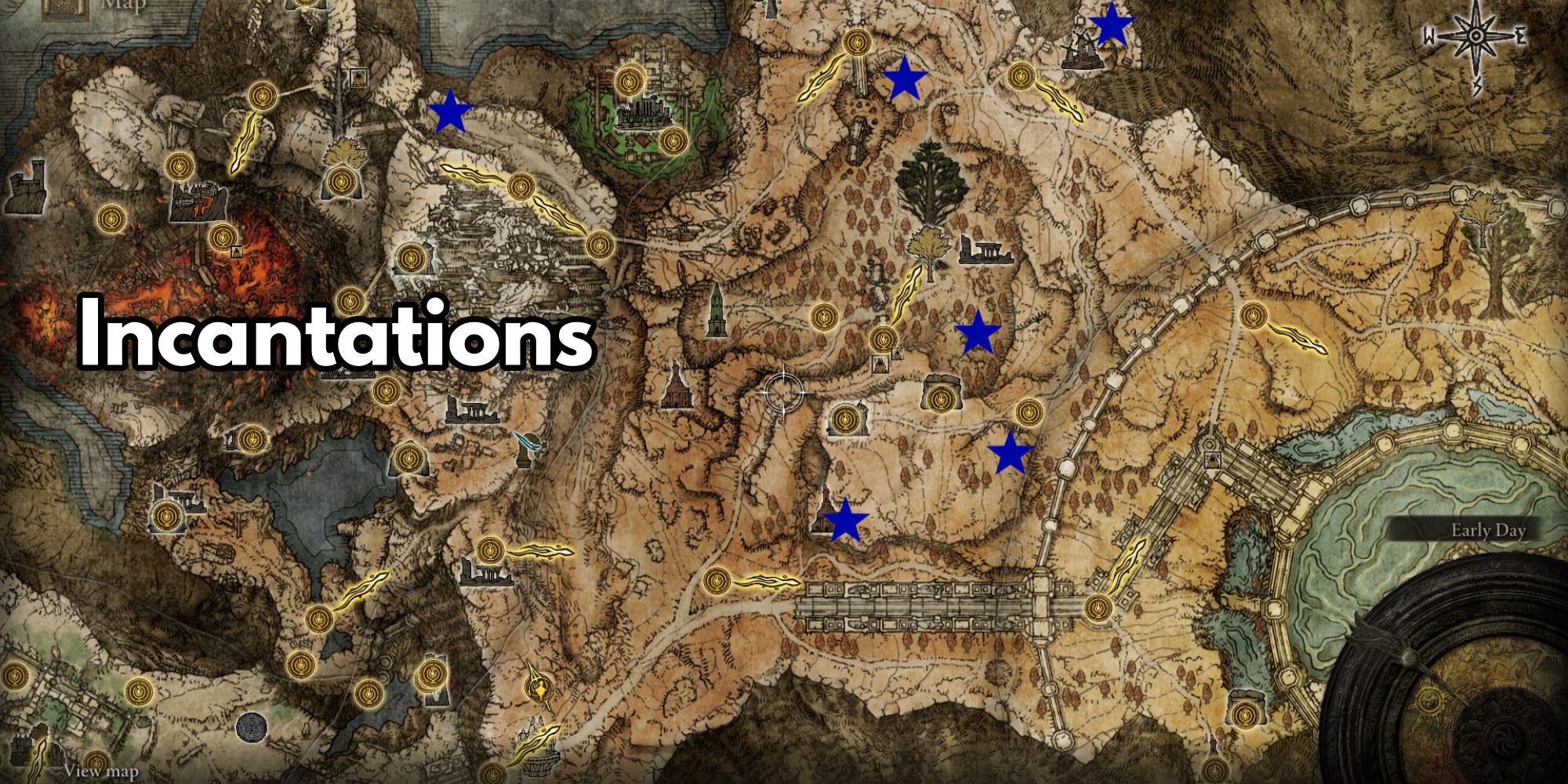