You are here:
Home / eFootball 2023 Season 2 kicks off with World Cup style tourney 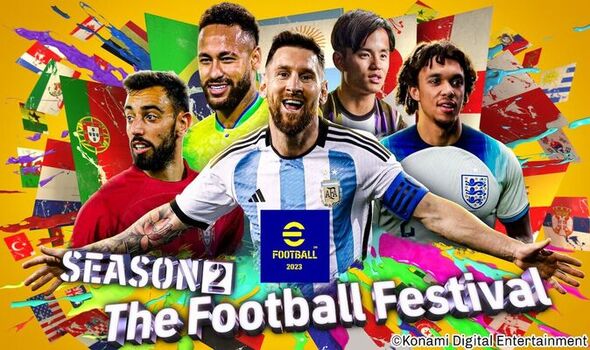 With the World Cup in Qatar kicking off in a few short days, Konami has released a major update for eFootball 2023. Previously known as Pro Evolution Soccer, eFootball 2023 has been updated to version 2.2.0 on PlayStation, Xbox and PC. The new update coincides with the launch of Season 2, not to mention a World Cup-style playable tournament featuring over 40 international teams.

Konami explains more: “This will include the addition of 40 National Teams can now be selected for a limited time on offline mode ‘Trial Match.”

“There will also be the inclusion of ‘The International Cup Experience’, an AI tournament Event in which users can play as 1 of 46 available national teams.”

Furthermore, national team packs for Japan, Brazil, Argentina, and France are all now available in the online ‘Dream Team’ mode.

The new Dream Team packs contain 11 players, including one “Big Time” card headlined by the best of the best.

“Big Time represents the new theme of Epic eFootball player cards. These players can be past or present and celebrate some of the individuals’ finest moments out on the pitch with a special card design.

“All to allow users to potentially recreate these moments (or do better) in-game on eFootball 2023.”

Big Time cards include Diego Maradona from the 1986 World Cup, as well as Neymar Jr. from the 2014 competition.