Need for Speed Unbound has seemingly been confirmed by EA. However, it might have done so accidentally as the site where the information was provided has since removed the first teaser image of the upcoming racing game.

Spotted by dtf.ru user RoughDIamond, EA’s Racing Game site included its most recent games such as Grid Legends and F1 2022, but also the upcoming Need for Speed. The image first hosted on the site (and has since been removed) confirmed the title will be Unbound just as predicted in a leak a week earlier. That same leak also stated that the game will be current-gen and PC only and is launching on December 2. A trailer featuring a song by A$AP Rocky is also expected imminently.

The first image of Unbound reveals a few things. First, there are a lot of colorful anarchy symbols, perhaps hinting at a punk aesthetic. The car in the center appears to be an older, boxy sedan–perhaps an ‘80s model BMW M3 or a Mitsubishi Lancer. This might also hint at a game that’s less focused on the latest and greatest and more on underground racing leagues. 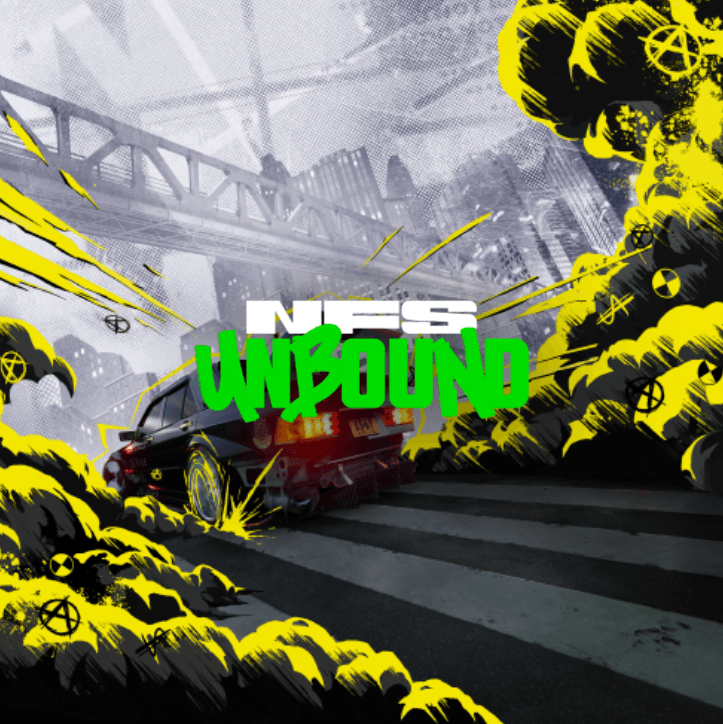 Finally, there’s the city itself. That old iron bridge is definitely giving off Chicago vibes. Need for Speed is a series known to feature fictionalized versions of US cities, such as Palm City standing in for Miami in Need for Speed Heat.

Need for Speed Heat is still on sale for 95 percent off until October 11, which very well might be Unbound's big day. In the meantime, you can enjoy Heat alongside everyone else who picked up the game for a steal.