You are here:
Home / Dying Light 2: No Mercy Side Quest Walkthrough

You will have to make many important choices during the side quest to decide the fate of the important characters and the ending you will get. This guide will cover a walkthrough of the No Mercy side quest and all the consequences of each choice.

How To Complete The No Mercy Side Quest 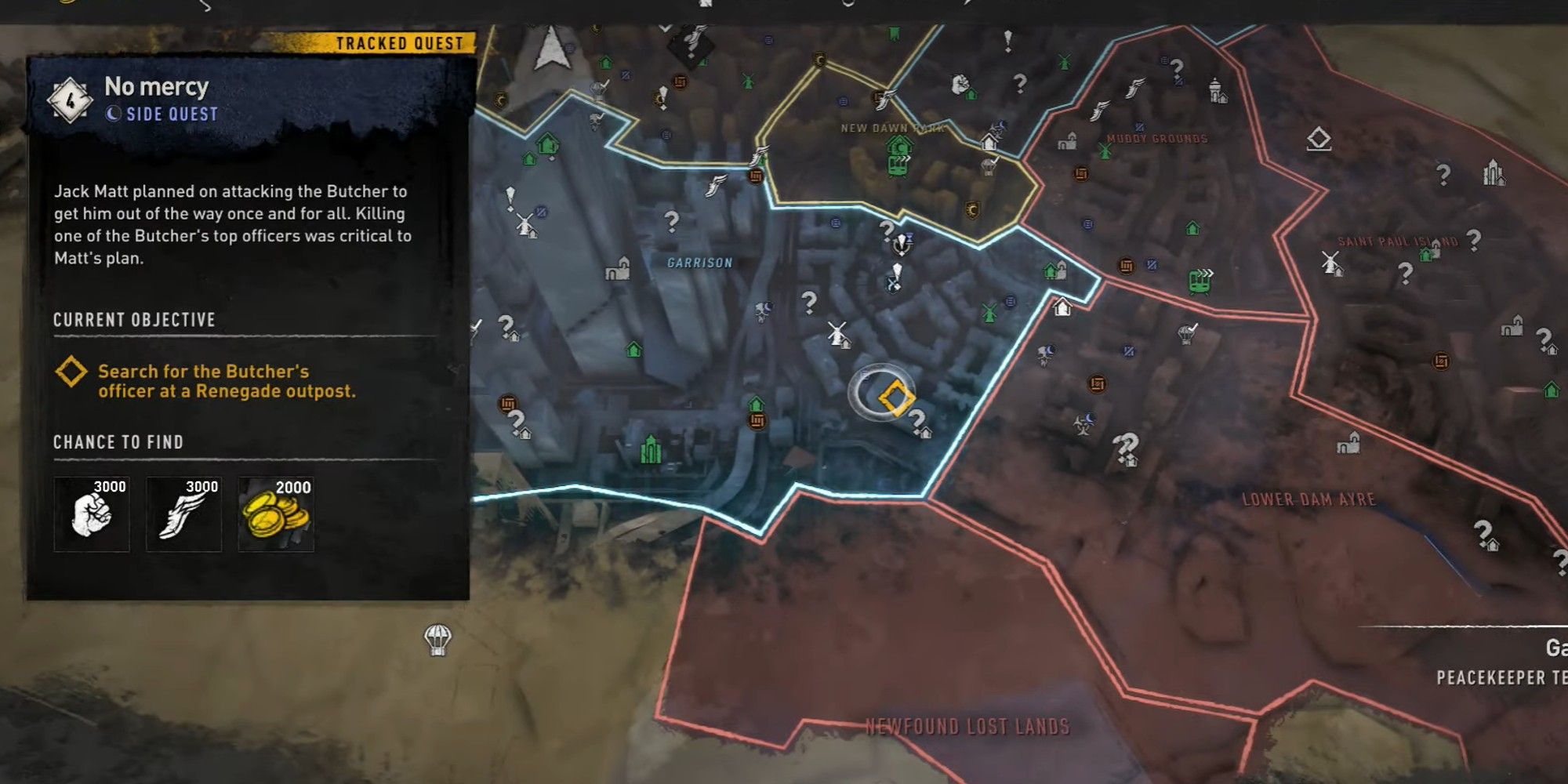 Jack Matt plans to attack the leader of the Renegades, Colonel Williams, also known as the Butcher. Jack wants you to take out the top officer working for the Butcher for the things to work according to his plans.

The alternative to this side quest is the Deals With The Devil's side quest, which you get if you choose to hand the antenna to Juan and agree to his proposal in the Veronika story mission.

Track the side quest and head to the Garrison region to start the mission.

Head To The Renegades Outpost 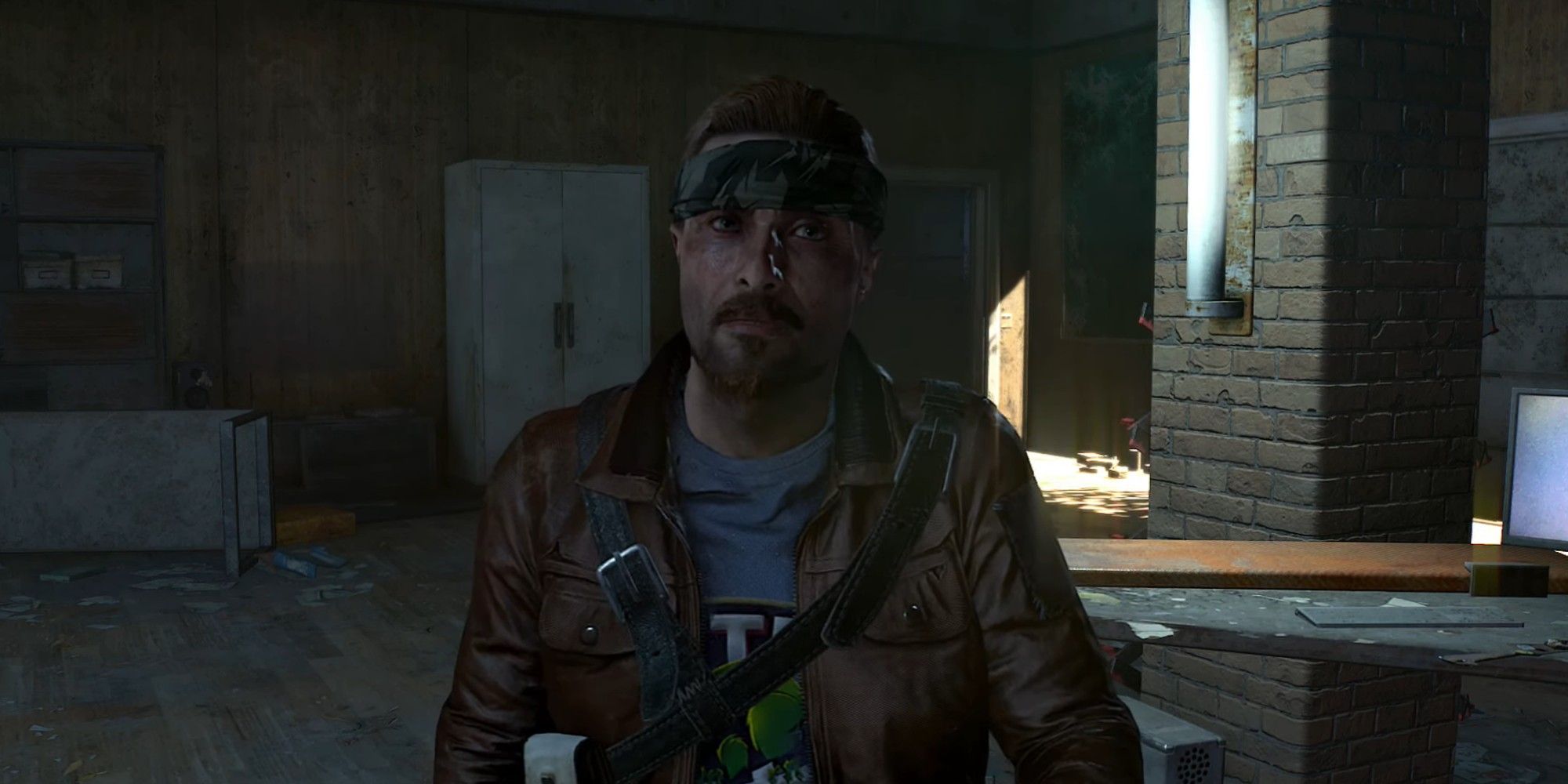 Jack Matt believes that it is necessary to get rid of Butcher's top officer, so he wants you to look for him in his office at a Renegade's Outpost.

Head to the marked outpost and enter the building. There will be dead bodies lying around. Go downstairs and interact with the marked door.

A cutscene will play where Lawan will contact you on the radio. As you are talking with Lawan over the radio, you will find someone hiding under a table in the room. It will be Demoulin, who is working for Juan and came here to negotiate with Butcher's people.

He will ask you to keep his visit to Renegades a secret to Jack Matt. You can choose to tell Jack or keep it a secret. The option that you choose will not affect any major decision.

However, you will have to kill him if you choose to tell Jack Matt about him.

After the situation has been taken care of, Lawan will tell you to look for the Butcher's officer in a church on Saint Paul island where he was last spotted. 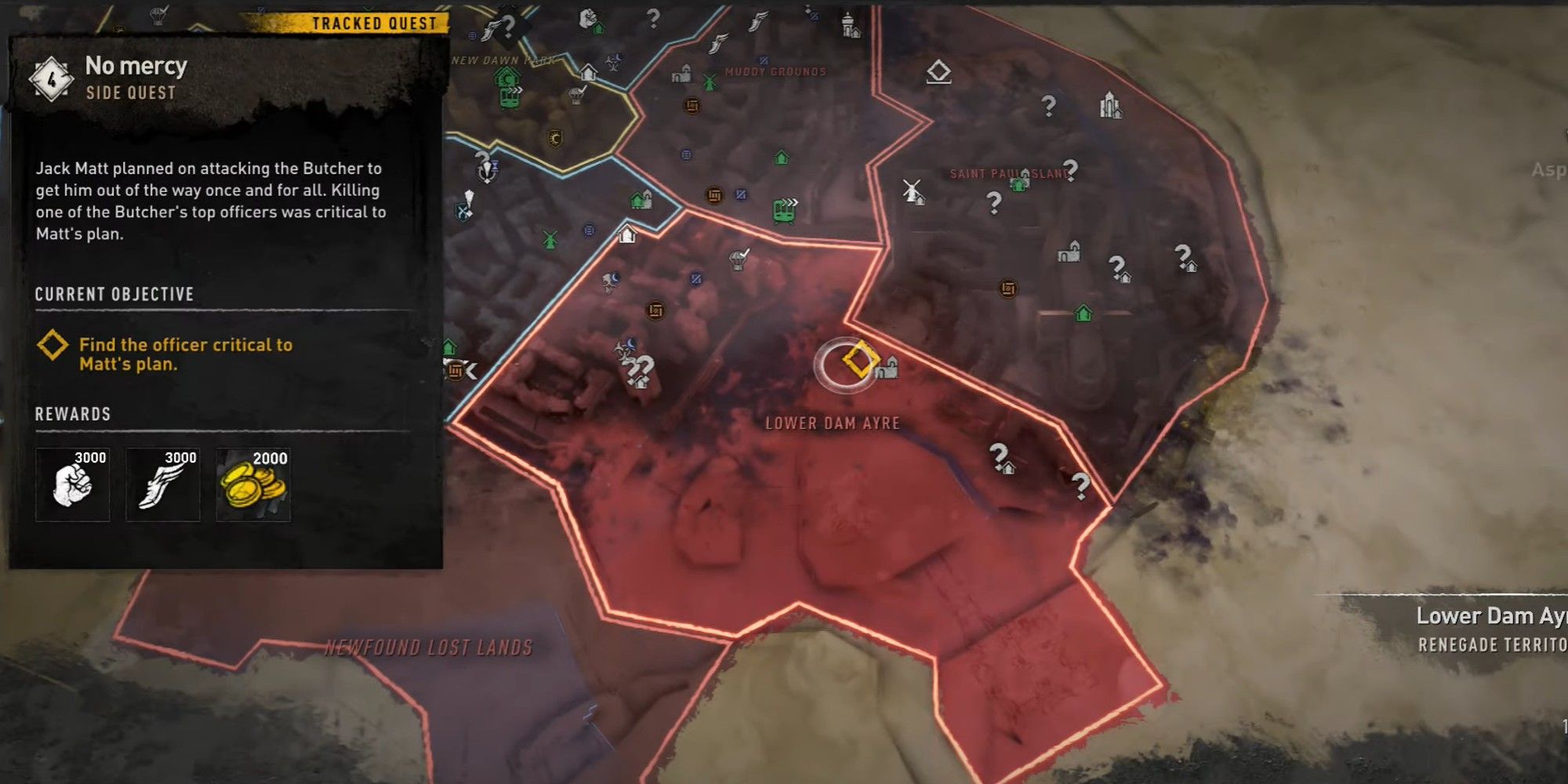 Head to the island and enter the church from the west side entrance, where you will see a staircase leading to the top.

Climb to the top and interact with the window to enter inside. A cutscene will initiate where you enter the church and Hakon appears from behind.

Hakon only appears to get the GRE key from you so that he can give the key to Waltz and get a free escape from the island.

More Renegade soldiers will come from behind, and Hakon will tell you to hand over the key to him, where you can choose to fight him or tell him to stay away. In both situations, you will have to fight the Renegades. But, the major impact of your decision will be that you will not be able to save Hakon later on if you choose to fight him now. 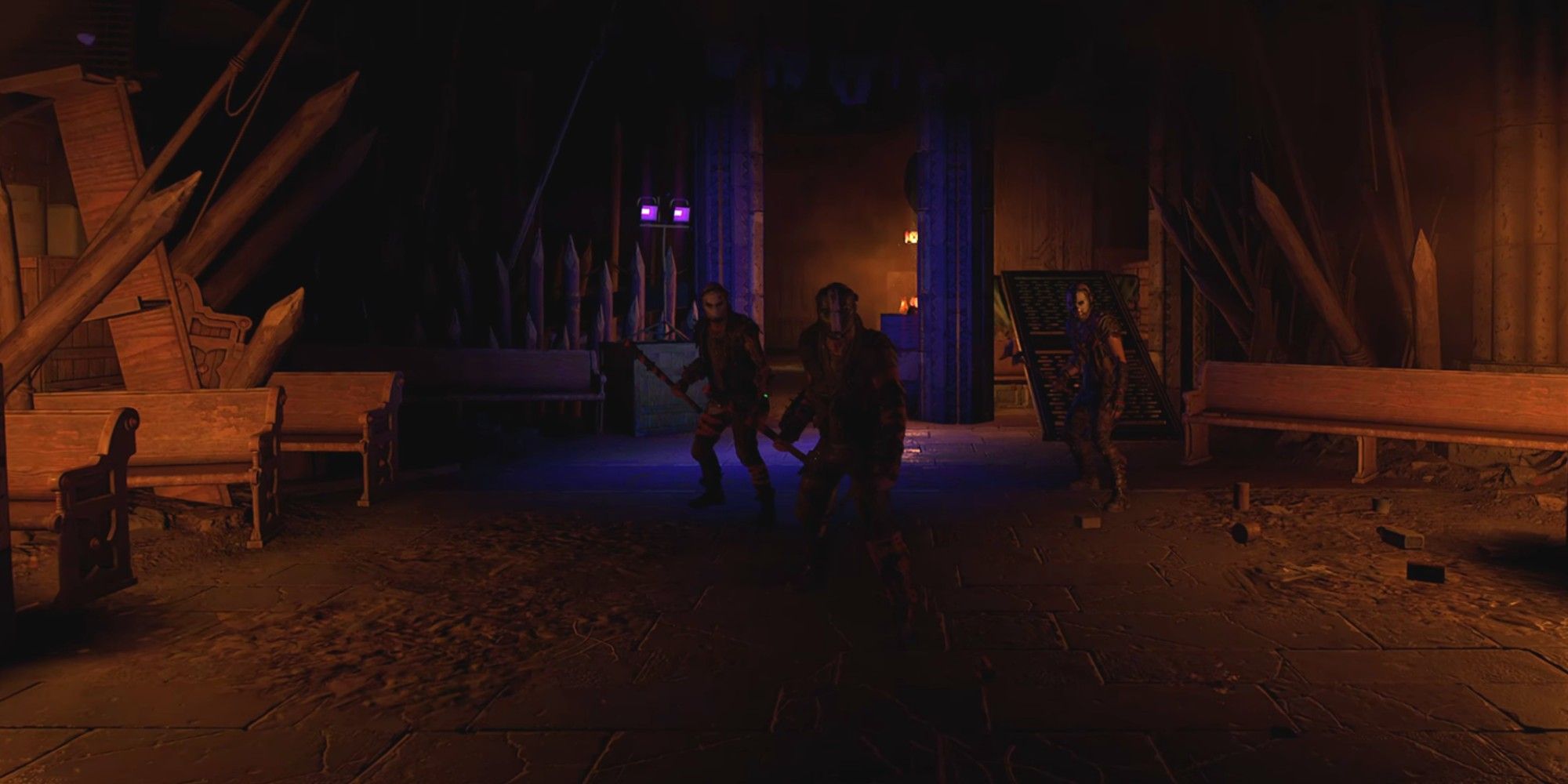 The Renegade soldiers will attack you. There will be a few of them on the ground level that will engage in a close-range fight with you. Other soldiers will be standing on the upper floor and shooting arrows from there.

Clear the church from the enemies and head towards Hakon to talk to him again.

Take On Hakon In A Fight 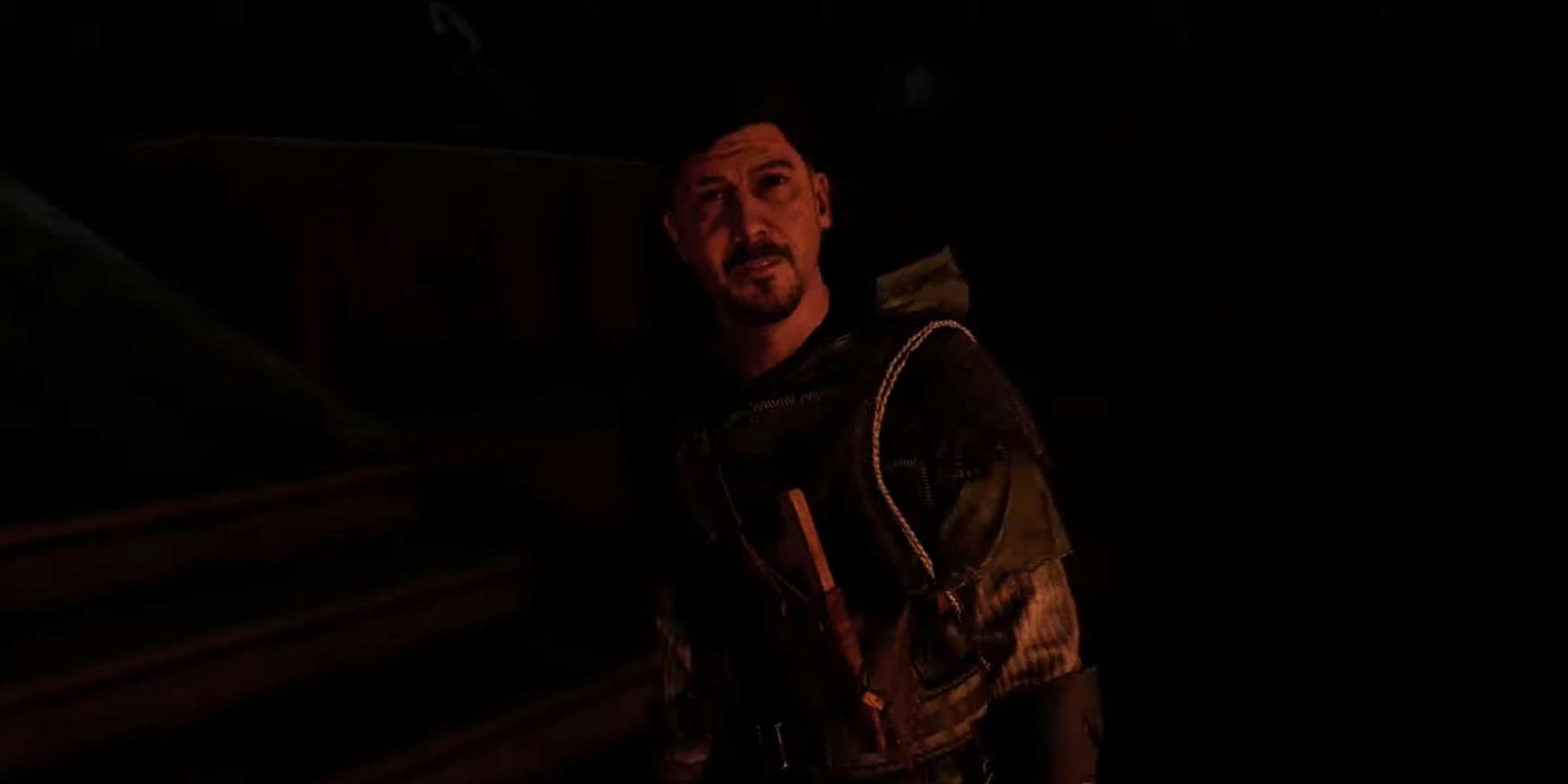 Hakon will be desperate for the key as he had a deal with Waltz to get the key in exchange for his freedom. He will start a fight with you to get the GRE key.

More Renegade soldiers will join the fight with Hakon and attack you. Deal damage to Hakon till his health bar reaches half. Aiden will lose consciousness in the middle of the fight and fall to the ground.

When you wake up, Hakon will have hidden in the church, and the Renegade soldiers will be there to attack you.

Defeat the Renegades and jump on the chandelier in the middle of the church. Use the grappling hook to climb on the platform with two doors in front of you.

When you interact with the door on the left of the platform, Hakon will appear from behind and attack you. He will push you down to the first floor, and you will now have to fight him for the second time.

This time Hakon will be more aggressive towards you. Put him on fire to deal more damage to him. Keep dealing damage to him till his health bar reaches zero.

Continue with the search for Renegade's officer and leave the church. As you interact with the door of the church to leave, Hakon will be standing on his feet behind you.

The fight is not over yet. Hakon wants another round, but this time you will have the option to tell him to stop.

You will get a 30 seconds timer to choose from the two options. Both choices are crucial for the ending you will get in the main story campaign.

Meet Jack Matt At The HQ 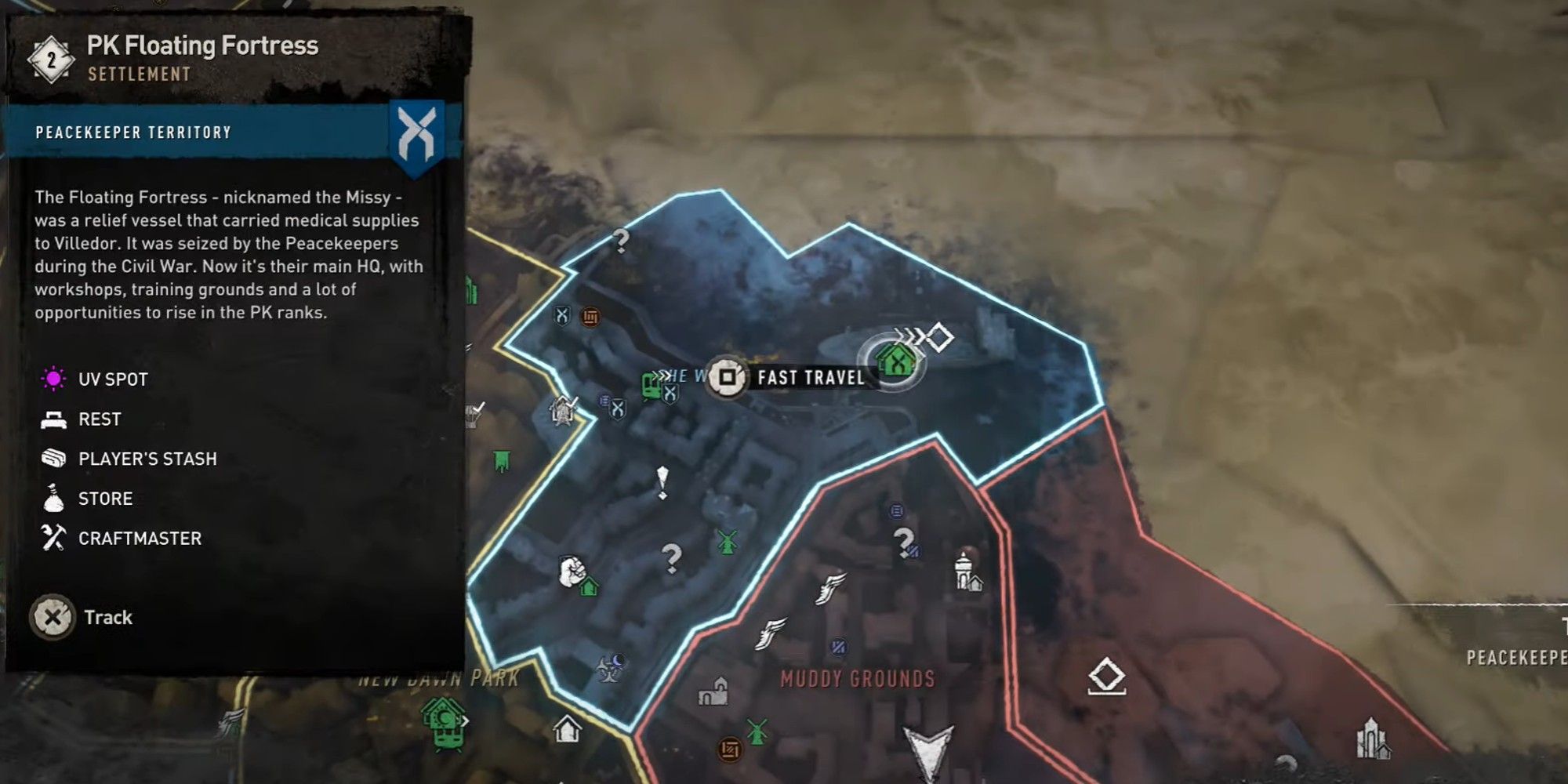 After the incident, leave the church and head to the PK Floating Fortress. Enter Jack Matt's room and talk to him. Aiden will tell Jack about the incident and ask him other questions about his health or plans.