You are here:
Home / Dungeons & Dragons: 6 Most Iconic Druids

Nature in Dungeons & Dragons is an unstoppable force that permeates through almost all mortal and immortal realms, molding itself to adapt and expand whatever the climate. Druids are individuals from all walks of life that dedicate themselves to forming a unique magical connection to the natural world, preserving the balance of elements that make up the very fabric of the universe, and defending it against entities who fall outside this order

It's a big job, and a self-sacrificing lifestyle, leaving those who walk this path to forgo self-interest, remove themselves from formal society, and become a mere extension of a greater will. Would a true druid enjoy relishing in their exploits? Probably not, however, we're going to make an exception for a chosen few. 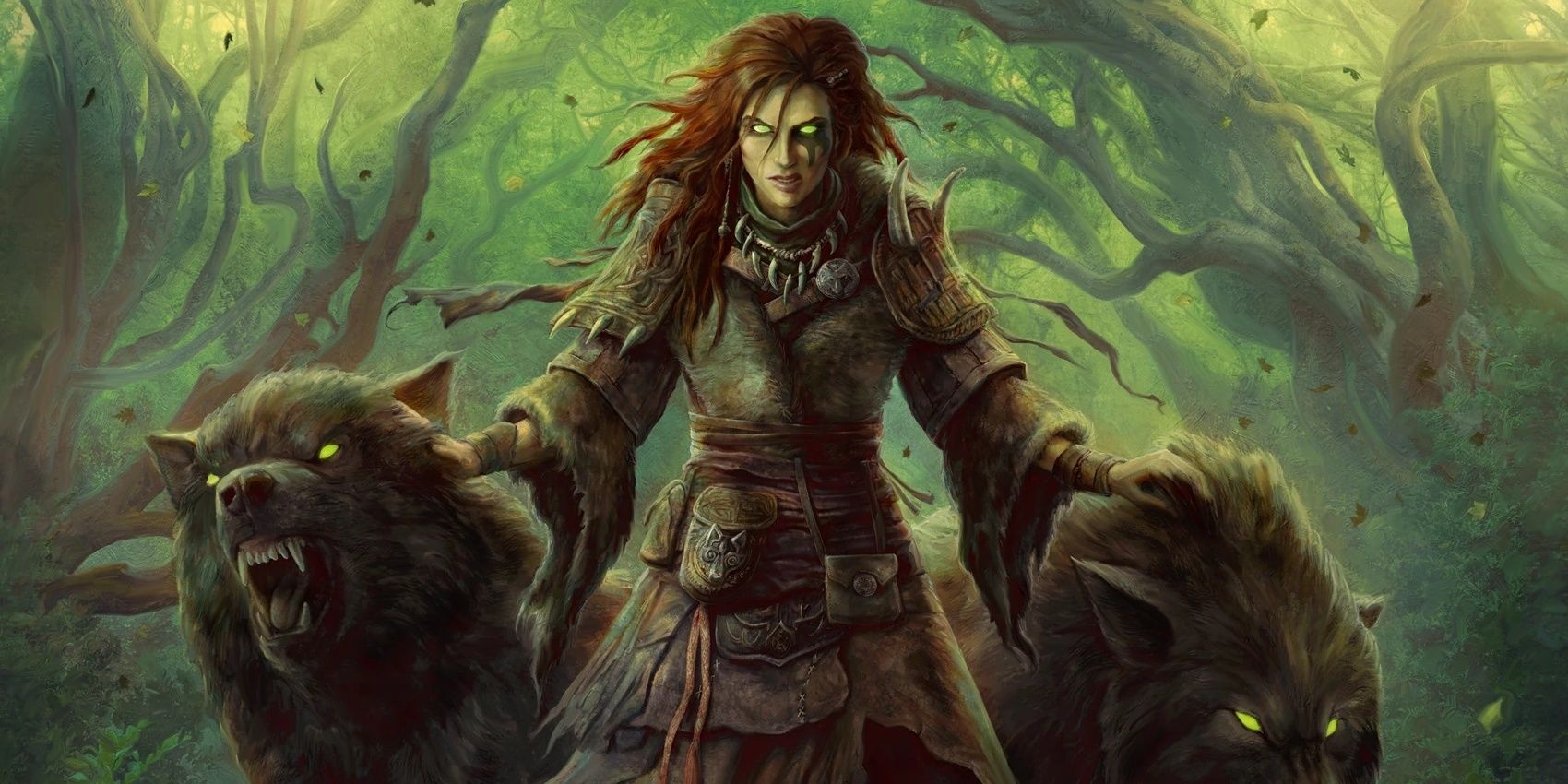 Fans of the Baldurs Gate videogame series will recognize Faldorn, a druid whose methods of preservation border extremism. Available as a traveling companion in the first entry and appearing again as a potential foe in the sequel, Faldorn believed that civilization in itself is a threat to the natural world and her chosen deity, Silvanus the Oak Father.

Faldorn was born to the Uthgardt barbarian tribe, but was raised and would later lead the Shadow Druids, a sect of druids along the Sword Coast and beyond who take a militant approach towards their work. Her methods were questionable, but she had a hand in saving Baldur's Gate, which at the time was weakened by the aftermath of the Time of Troubles. Her stance on being a necessary evil would eventually lead to her own demise, yet the Shadow Druids continue their work into the present timeline, forever changed by their former leaders' outlook. 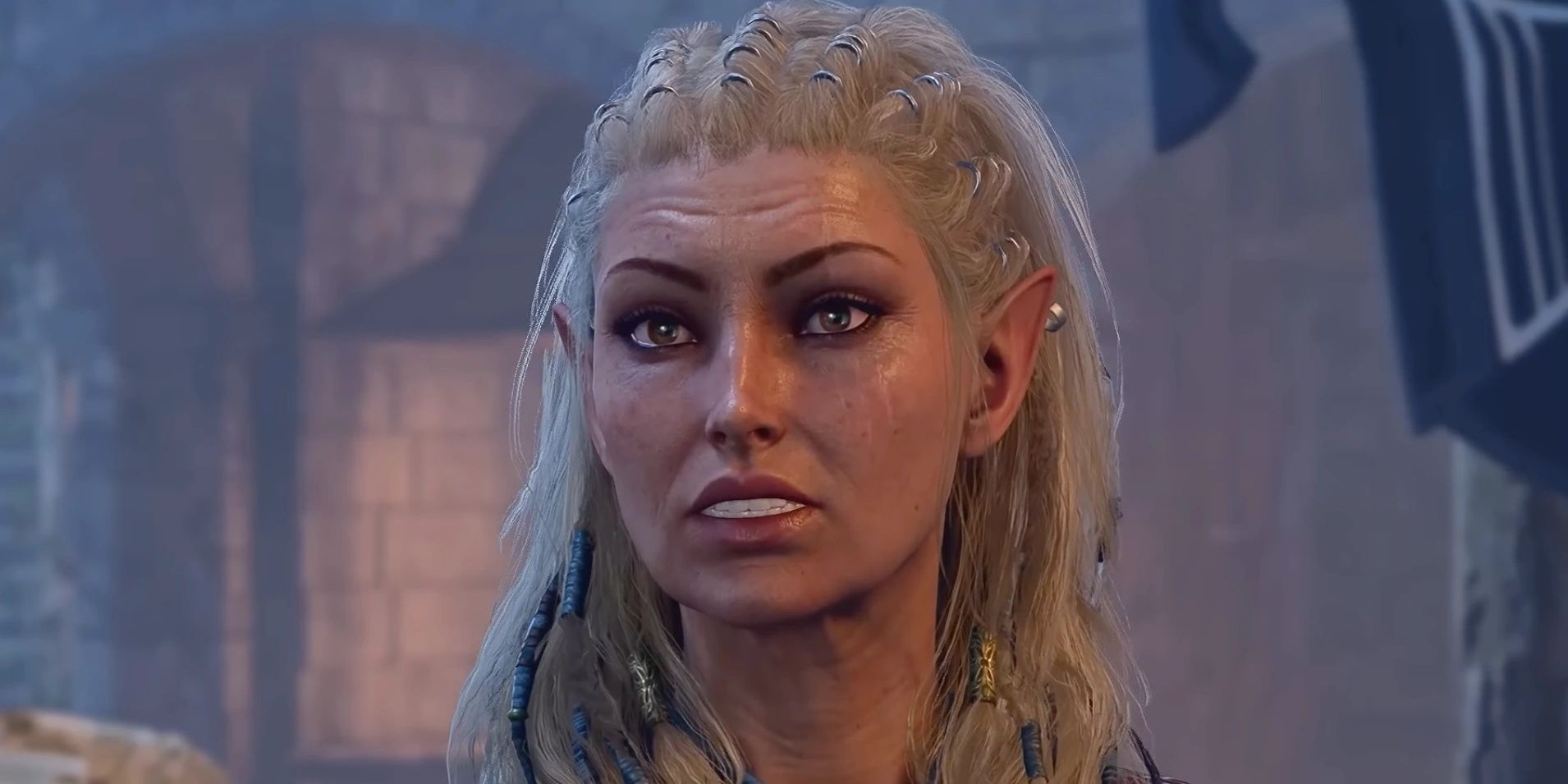 Jaheira is a notable character and traveling companion also from the Baldur’s Gate videogame series. Born to nobility in Tethyr, Jaheira is a survivor of the Ten Black Days of Eleint, which is a period in the Tethyran kingdom when rioting, looting, and general chaos turned the kingdom upside down, and most noble families aligned with the ruling family were hunted and assassinated.

The half-elf noble found sanctuary with a group of druids who worshiped Silvanus the Oak Father, where she was taught self-preservation and nature magic. Her skills earned her an early place among the Harper’s, and her life of adventuring has been under the Guild’s good name since. Alongside Abdel Adrian, the Hero of Baldur’s Gate, she’s saved the Sword Coast from certain disaster on at least two accounts. Modern civilization saddened her, but only in the sense of what the land must endure to sustain a city. However, Jaheira looked beyond this emotion and embraced the changes of the world, believing all things in existence reflected the will of universal balance. 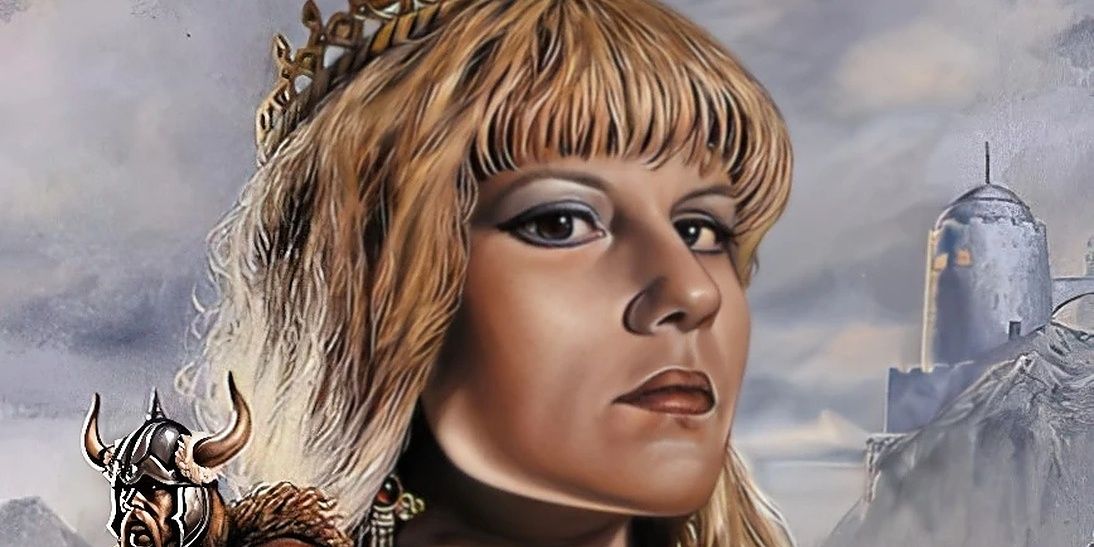 Just west of the Sword Coast lies the Moonshae Isles, a collection of islands amidst the Sea of Swords. The inhabitants of the Moonshae Isles, and perhaps the very land itself, are largely influenced by innate druidic magic. Most islanders worshiped the Earthmother, who is an aspect of the nature goddess Chauntea, the parallel deity to Silvanus.

The long line of House Kendrick has ruled over the land and its population of humans, called Ffolks, since 250DR, which is thousands of years prior to the current canon point in time for the Forgotten Realms. From this line emerged Alicia Kendrick, the first known Queen of the Moonshae Isles, and a powerful druid, with a deep connection to the Earthmother. As princess and queen, she regularly repelled the servants of the god Talos, who did everything in his power to lay siege to the Moonshae, such as corrupting Alicia's sister and sending an undead red dragon. Nothing stopped her though, and she even managed to bring other Moonshae inhabitants not under House Kendricks rule into the fold, forming what became known as the United Moonshae Islands. 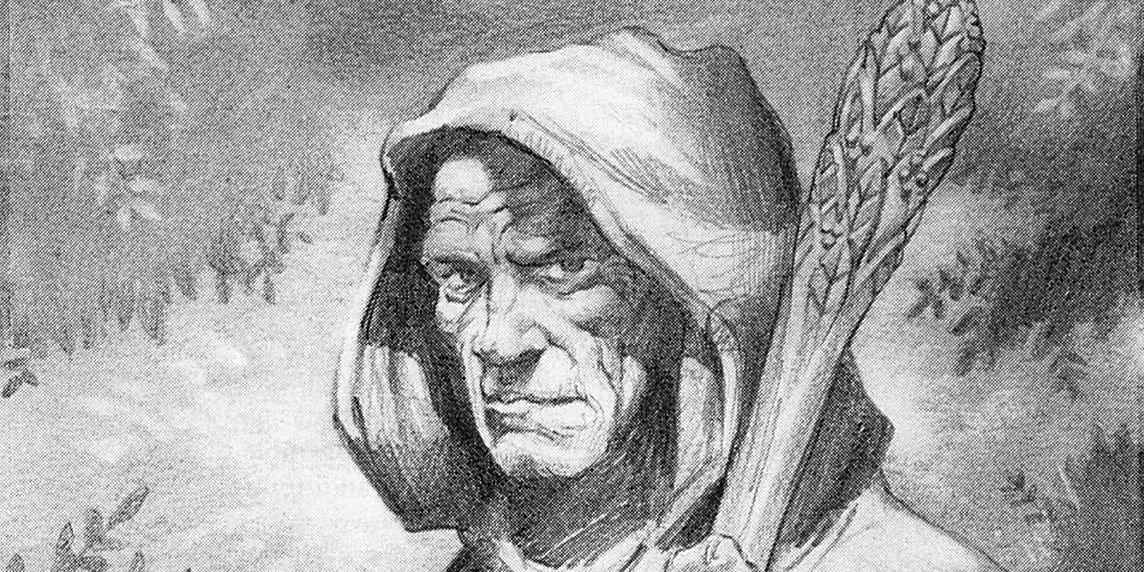 The Knights of Myth Drannor were a legendary adventuring party made primarily of Forgotten Realms creator Ed Greenwood's players from his own home game, and Lanseril Snowmantle was a proud member. As a child, his family was killed by marauders, but he was saved by a follower of Silvanus, who taught him practical druidic magic that would later earn him his place in the Circle of Shadowdale, the druidic sect of Shadowdale, the city many legends called home.

Much of Lanseril's exploits in his life are those shared with his companions, detailed in the Knights of Myth Drannor book trilogy. Apart from those adventures, which often took him far from home, he spent a great deal of his own time traveling the Dalelands, the place of his birth, rooting out shady Zhentarim schemes and turning the creatures of the forest against their illegal labor and logging operations. 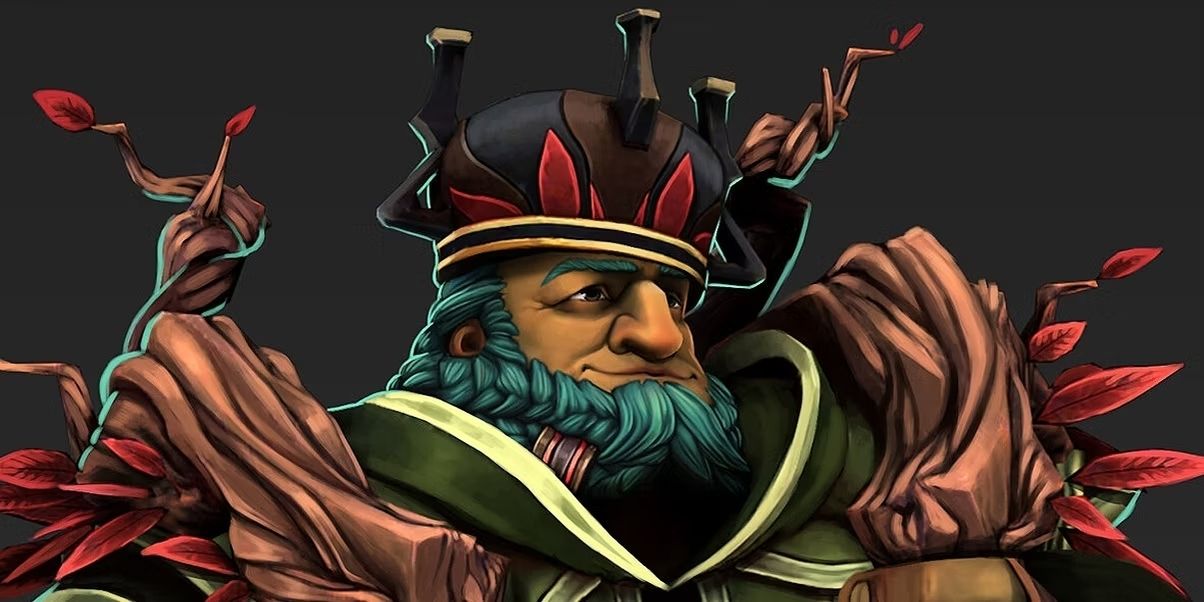 A character from R.A. Salvatore's Forgotten Realms novels, Pikel Bouldershoulder was a dwarven druid with a mossy green bear that often wore clothes and acted against the common dwarves' status quo. He aided the famous Bruenor Battlehammer in the defense of the Mithral Hall from the orc warchief Obould Many-Arrows siege, an effort that would cost him his left arm.

He normally traveled with his brother, Ivan, who would translate for Pikel, as Pikel never formed full words and instead used grunts and other noises to express himself. However, Pikel possessed a uniquely innate connection to wildlife, and was able to fluently communicate with animals and forest spirits, seemingly without the aid of magic. In fact, all of Pikel's druidic powers weren't from formal training, but rather second nature, leading to most of his abilities manifesting from his sheer will, as opposed to formal spells and rituals. He did not belong to a circle or other druidic affiliation, so he was often not formally recognized as a druid. 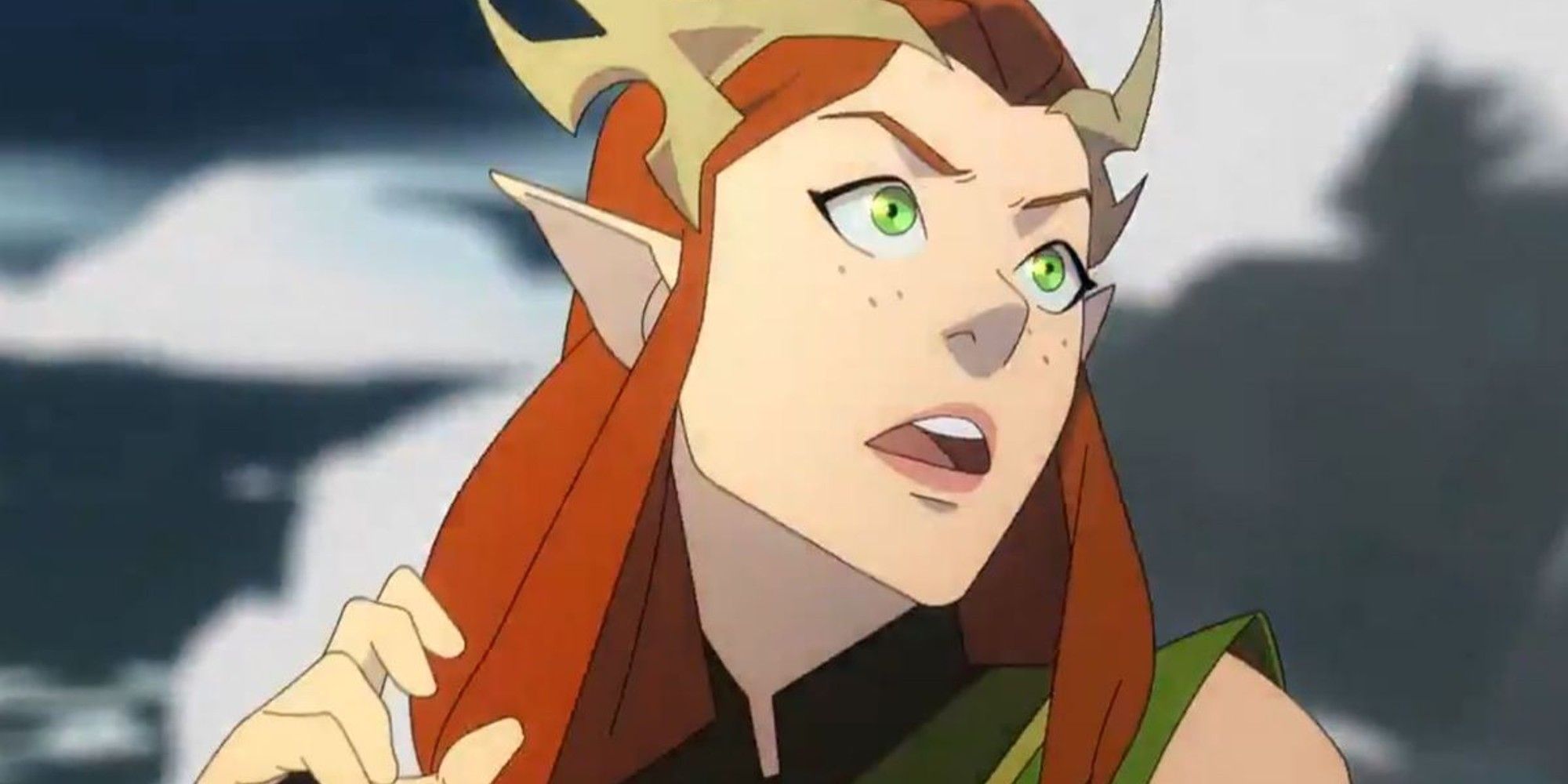 Embodying the spirit of compassion and self-sacrifice, Keyleth of the Vox Machina adventuring party and the current headmaster of Air Ashari tribe stands as one of the more powerful living druids of the current D&D timeline. She wields a Vestige, a legendary artifact survived from the Calamity, Exandria's cataclysmic event, which amplifies her already powerful elemental abilities.

Keyleth embarked on a journey known as the Aramenté, a sort of pilgrimage a druid of the Air Ashari undertake when in line to succeed the tribes current headmaster. During this, she was to visit the other Ashari, building a rapport and garnering respect to ensure her ascension's legitimacy. What defines Keyleth's journey is her hesitation to take on such a role, as she questions not only if she is worthy to lead, but if it's something she even wants. However, in the end, Keyleth dons the Mantle of the Tempest, and takes up the leadership of the Air Ashari tribe, with the understanding that elemental balance and its protection will not maintain itself.