You are here:
Home / Dungeons & Dragons: 10 Overpowered Magic Items That Can Derail A Campaign

Dungeons & Dragons: 10 Overpowered Magic Items That Can Derail A Campaign

Magic items can be some of the most exciting pieces of loot that players can obtain in Dungeons & Dragons. Whether they provide a profoundly potent magical effect or one that is more of a novelty, magic items can provide a great deal of flavor to a campaign while providing characters with abilities they wouldn’t otherwise have.

However, while there is a wide range of fun magic items that can spice up a campaign, there are other items that tote effects so powerful they can have unforeseen consequences on a campaign. So today, for the sake of many a DM’s sanity, we’re going to examine some of the powerful magic items in D&D that have the potential to inadvertently derail a campaign.

10 The Deck Of Many Things 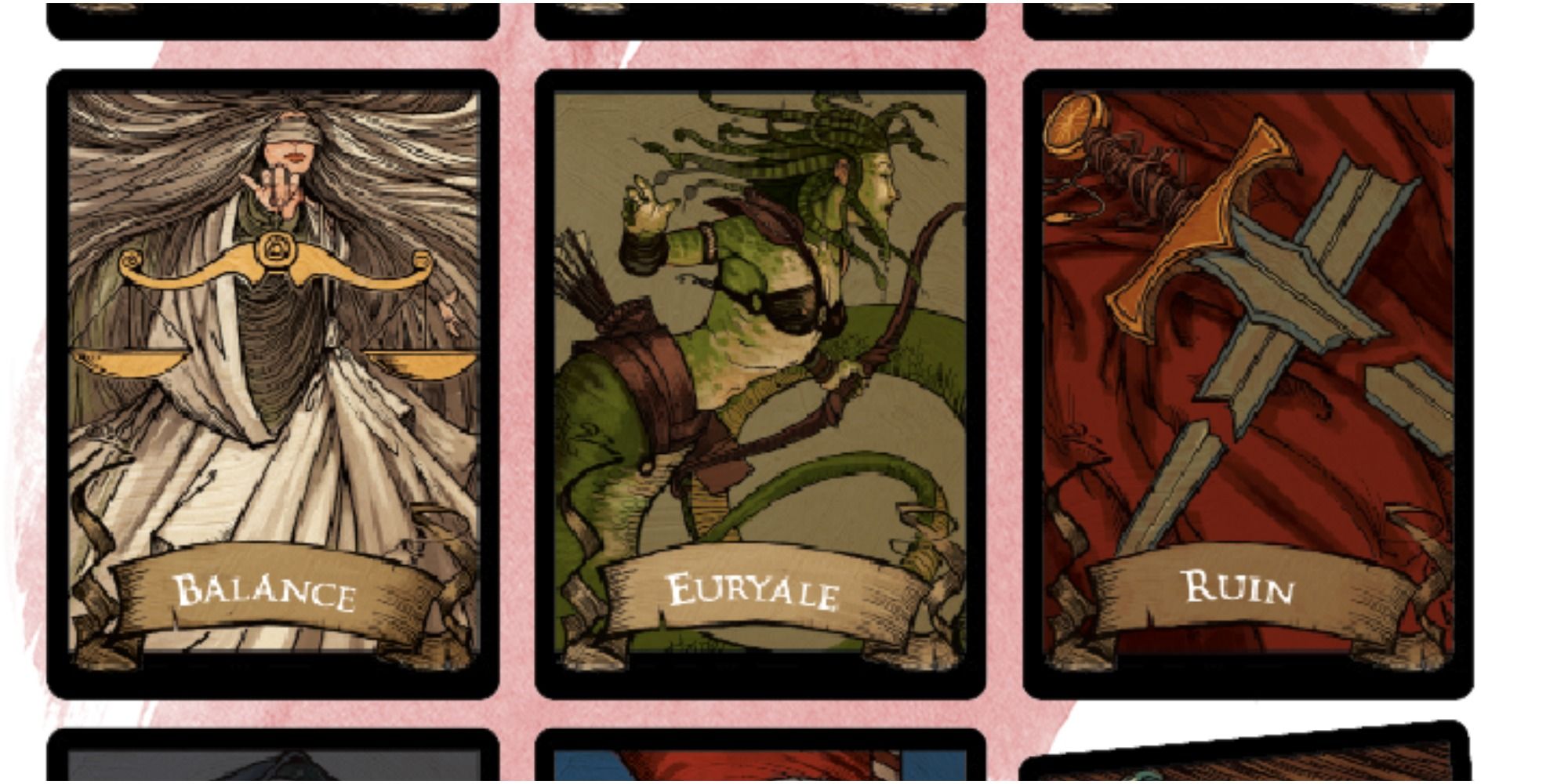 It’s no secret that the Deck of Many Things is an incredibly powerful item within D&D. Unpredictable and eratic, drawing cards from this deck causes random effects to occur.

These effects can range from increasing a character’s level to bestowing a character with a curse that causes every magic item they touch to disintegrate. Due to the sheer potential of this deck, it’s more than easy for a party to get tunnel vision regarding the use of this deck. 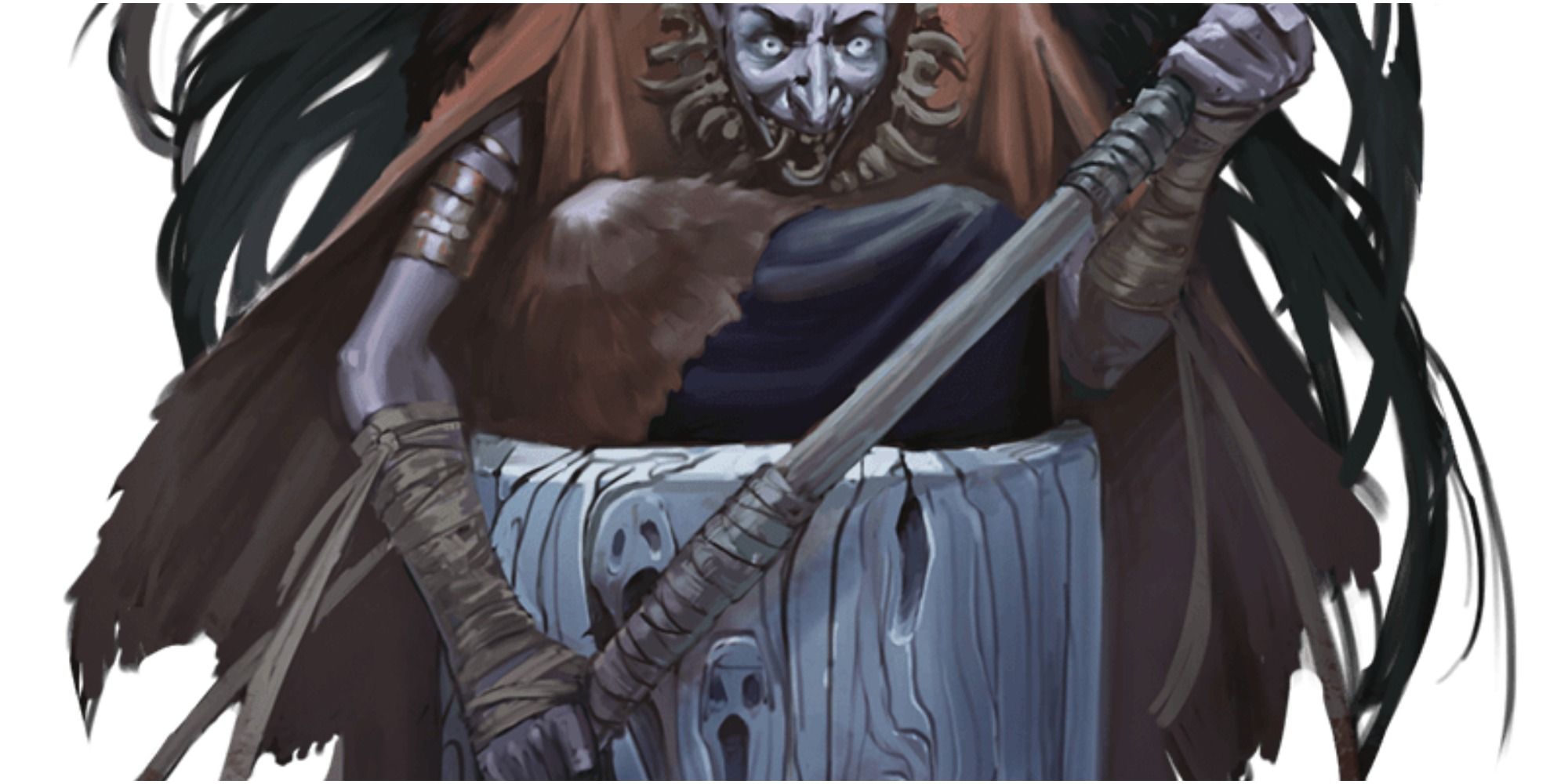 Introduced to D&D’s fifth edition in Tasha’s Cauldron of Everything, Baba Yaga’s Mortar and Pestle is an incredible item that offers a shocking amount of mobility. This is because this mortar and pestle are capable of allowing a creature to travel to any specific destination or creature within one thousand miles!

While this travel takes an hour during the day, as long as it’s night, the mortar and pestle can bring a creature to their destination in a single minute! As if that weren’t enough, Baba Yaga’s Mortar and Pestle is even capable of inter-planar travel as long as a creature has access to material from the plane they wish to travel to. 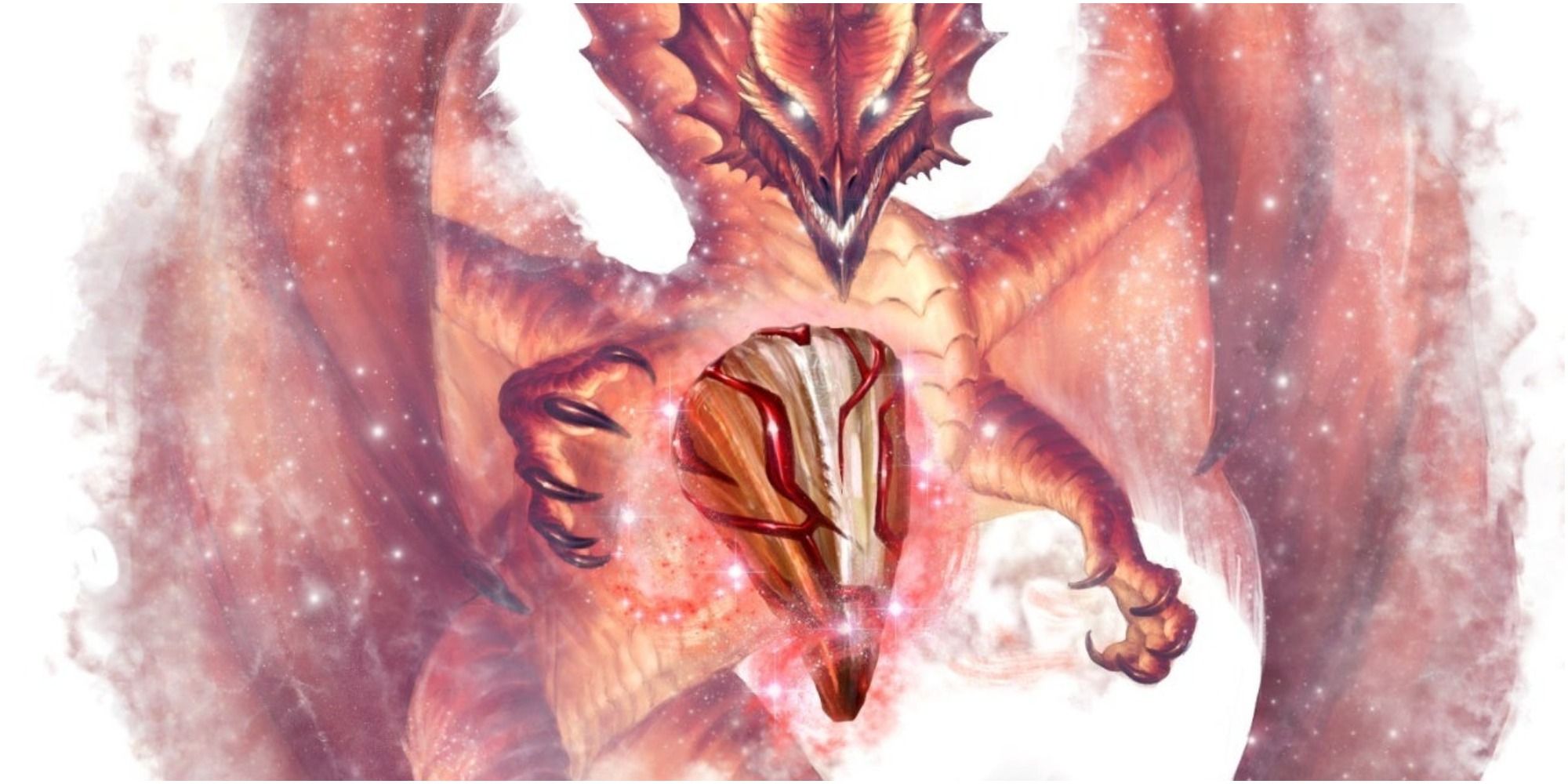 However, if the tooth is sown, it will spawn corresponding creatures to the tooth at hand. This can result in an unprepared party needing to deal with the likes of an Ancient Blue Dragon or even a Tarrasque! While the summoned creature is stated to be allied to whoever summoned it and it only is present for ten minutes, if the individual using the tooth took too long deliberating what to do with a given tooth (more than one action), the summoned creature will be hostile! 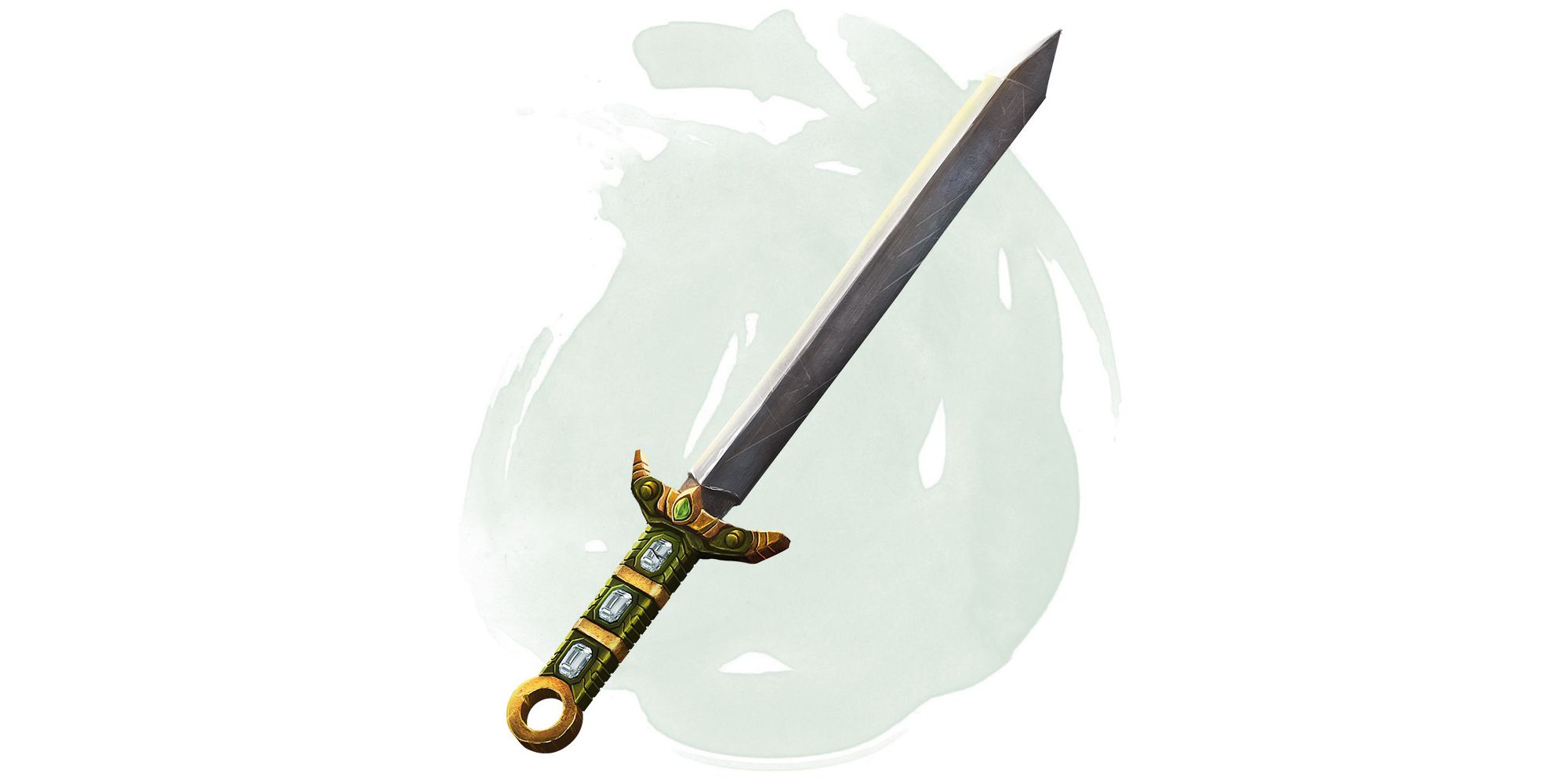 Few magic weapons in D&D have quite as much potential to turn a campaign on its head as a Luck Blade. While a sword with a +1 bonus on hit and attack rolls is far from broken, it has the ability to allow its wielder to re-roll any roll they dislike once per day. However, this is far from the most powerful thing this blade is capable of.

This is because when this sword is obtained, it can have up to three charges on it, with each charge being able to allow the blade’s wielder to cast the Wish spell!

6 Amulet Of The Planes 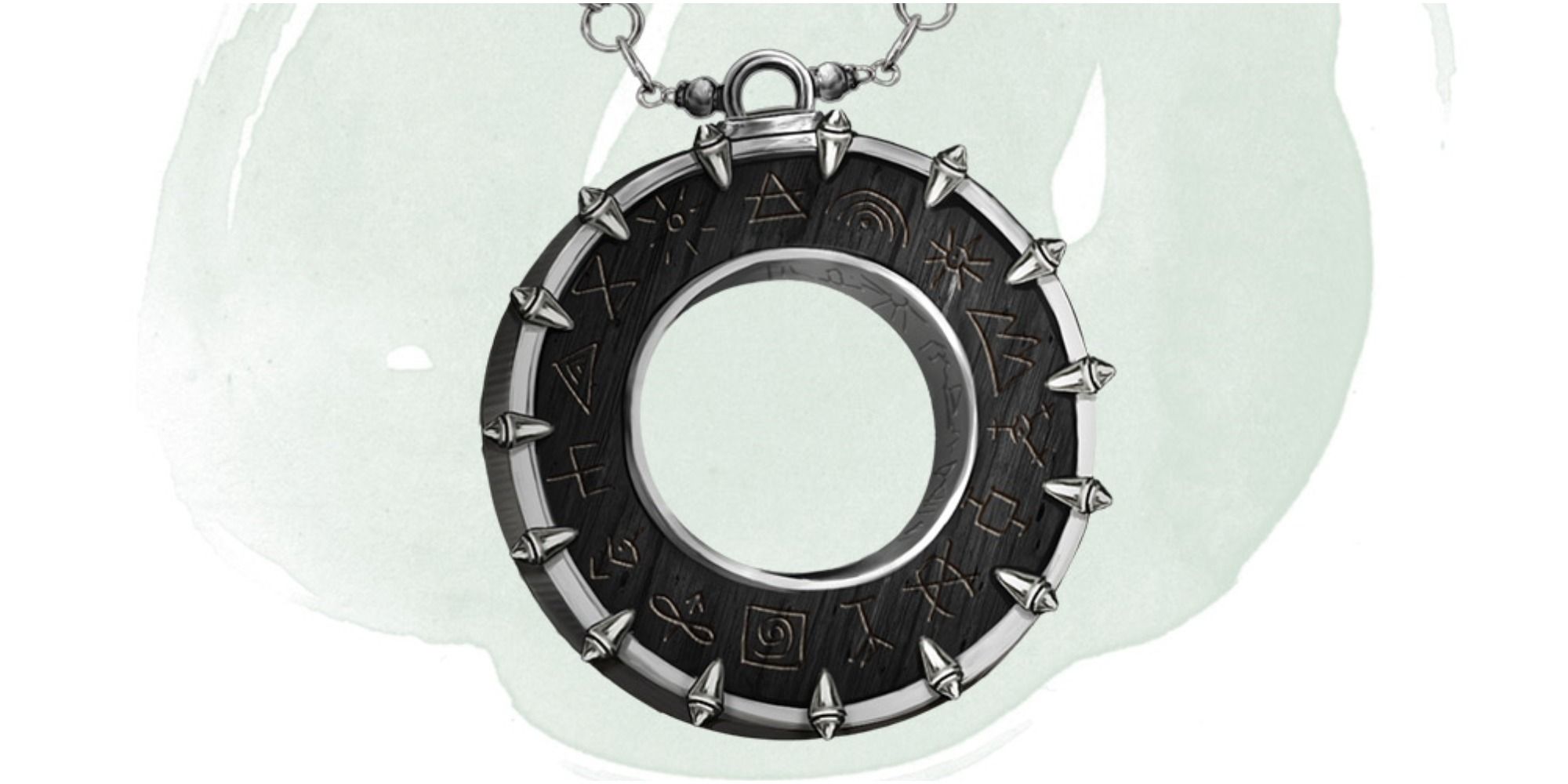 Once a party has access to an Amulet of the Planes, a DM might as well say goodbye to any plans that they had for their campaign. This is because this Amulet allows for players to travel to other planes at will.

However, if players fail the intelligence saving throw the amulet demands, they can be transported to randomly selected planes, forcing players into inter-planar excursions. 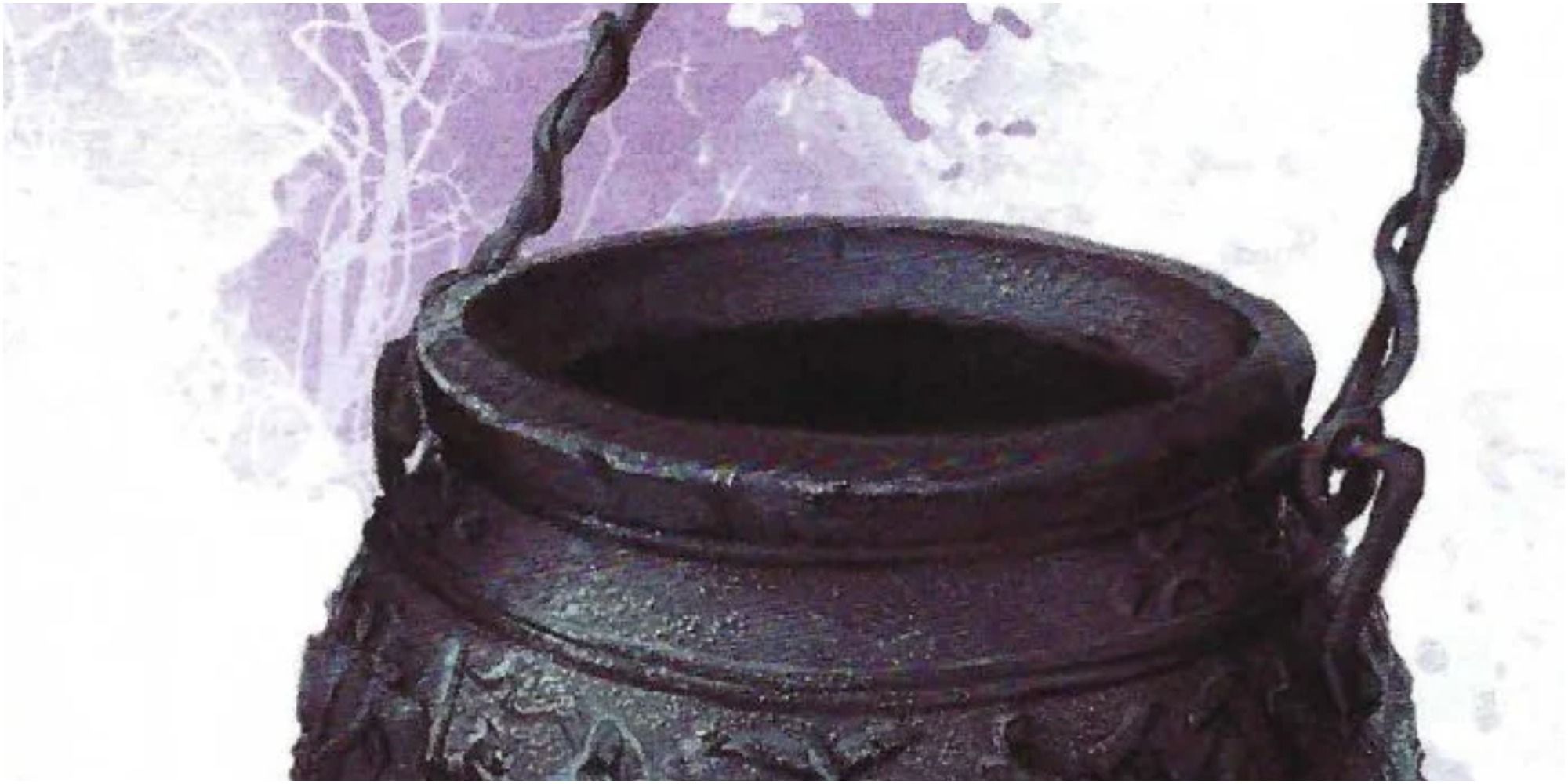 While the Cauldron of Rebirth is a fun and flavorful item that can only be attuned to by a Warlock or Druid, it can trivialize death in a campaign, allowing a party to throw all caution into the wind.

This is because this Cauldron can produce the effects of an Animate Dead spell by simply putting a corpse inside it with ten gold worth of salt! As long as the party’s warlock or druid are able to stay alive, they can repeatedly revive their fallen allies. 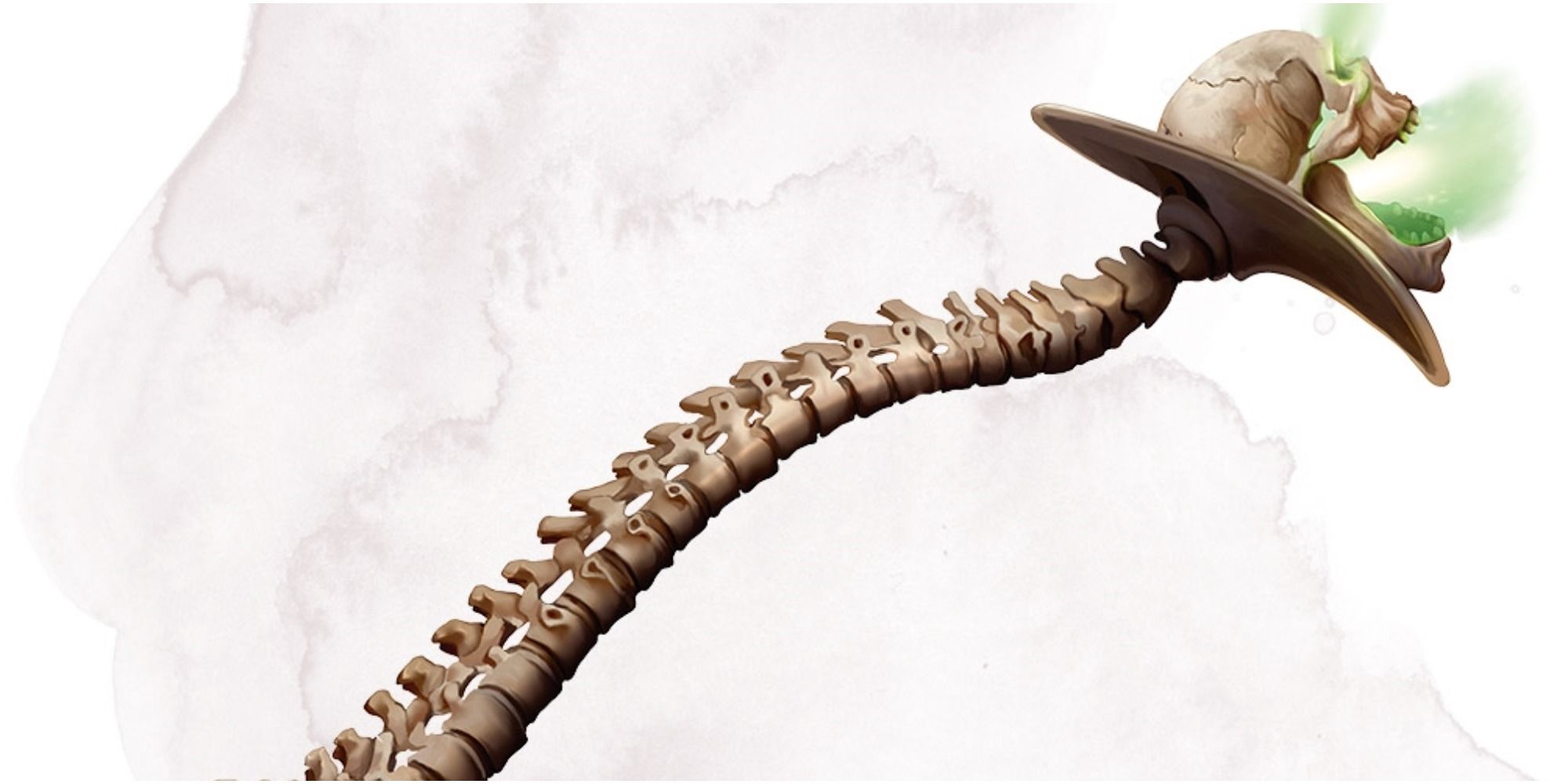 Though the Wand of Orcus is the signature weapon of the demon lord Orcus and is unlikely to leave its owner’s side, if a party is able to somehow obtain this wand, expect the worst.

While attuning to the wand itself can be an ordeal, as it requires a constitution saving throw that instantly kills the attuned creature on a failed saving throw, if a creature is able to remain attuned to this wand, it offers terrifying power.

In addition to allowing a creature to cast several deadly spells such as Power Word Kill, it allows the attuned creature to conjure up to 500 HP worth of undead! If a DM doesn’t want to know what their players would do with an army of the undead, they might want to leave this item out of their campaign. 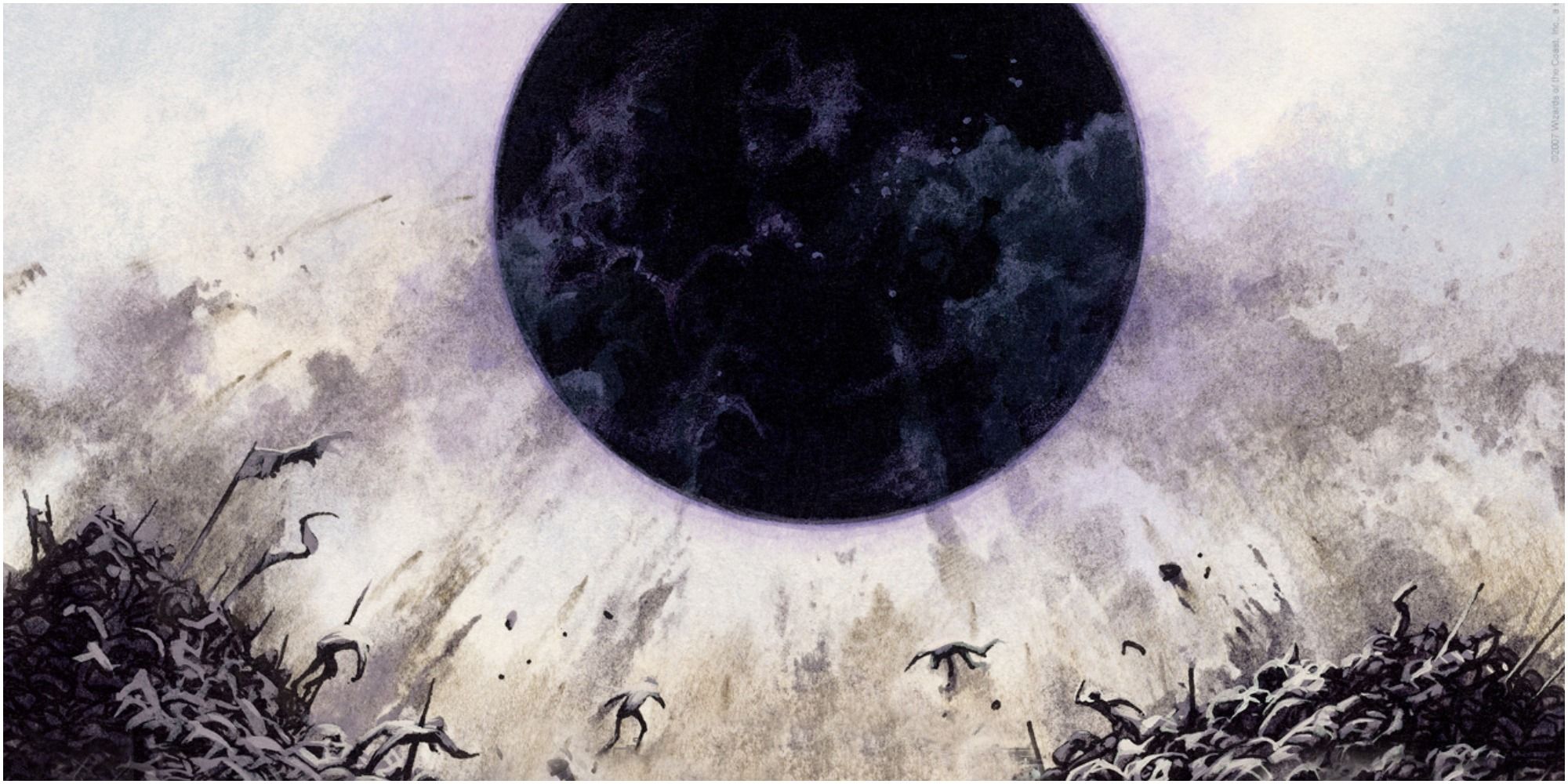 While ownership of the sphere can be contested via intelligence checks, this sphere has incredible destructive potential that players can abuse with ease. 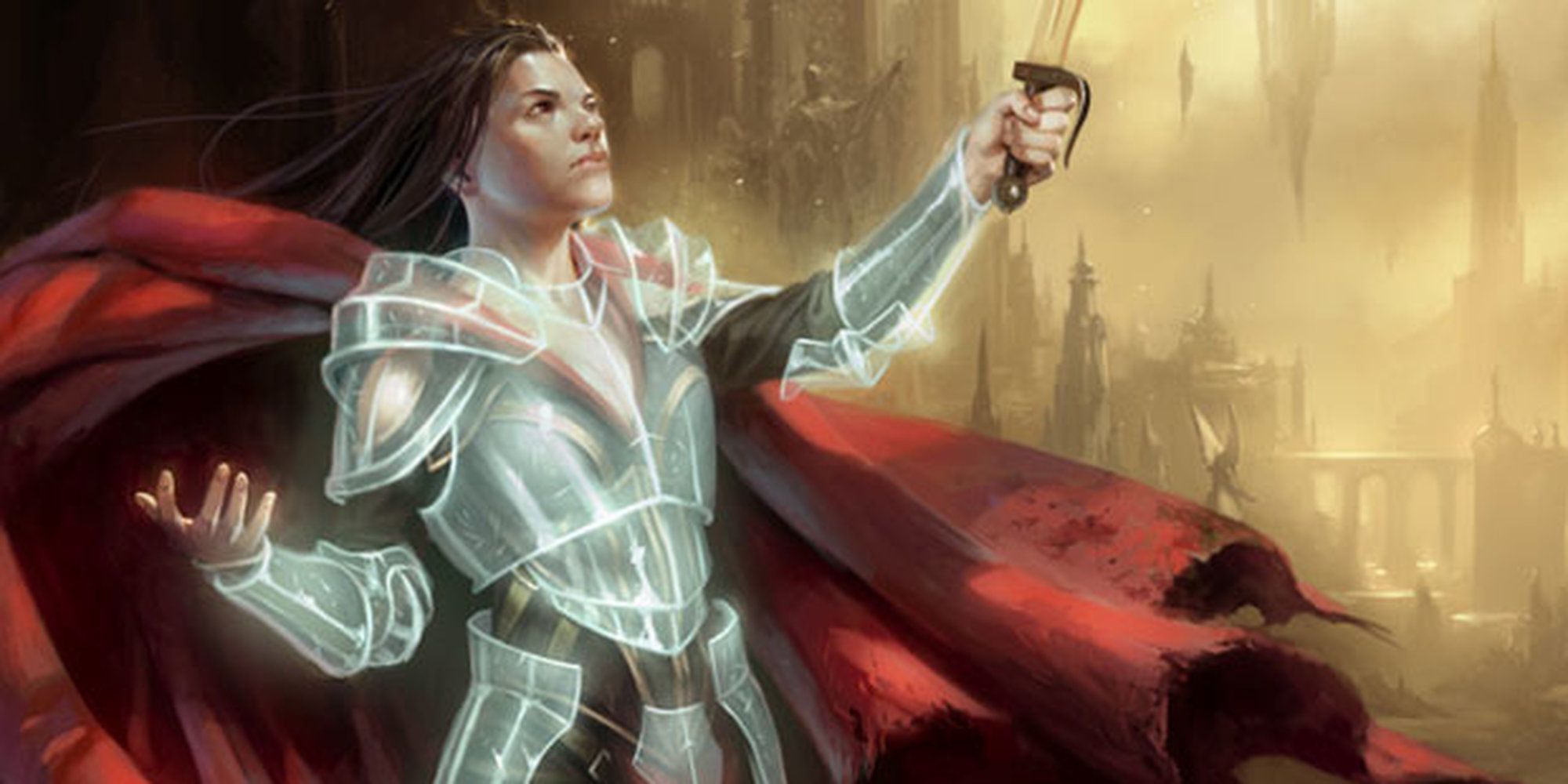 Armor of Etherealness is among one of the most powerful forms of armor in all of D&D and allows players to potentially circumvent nearly anything a DM might throw at them.

This is because the armor allows its wearer to cast the Etherealness spell once a day, allowing them to move through creatures and objects, even being able to move in any direction. 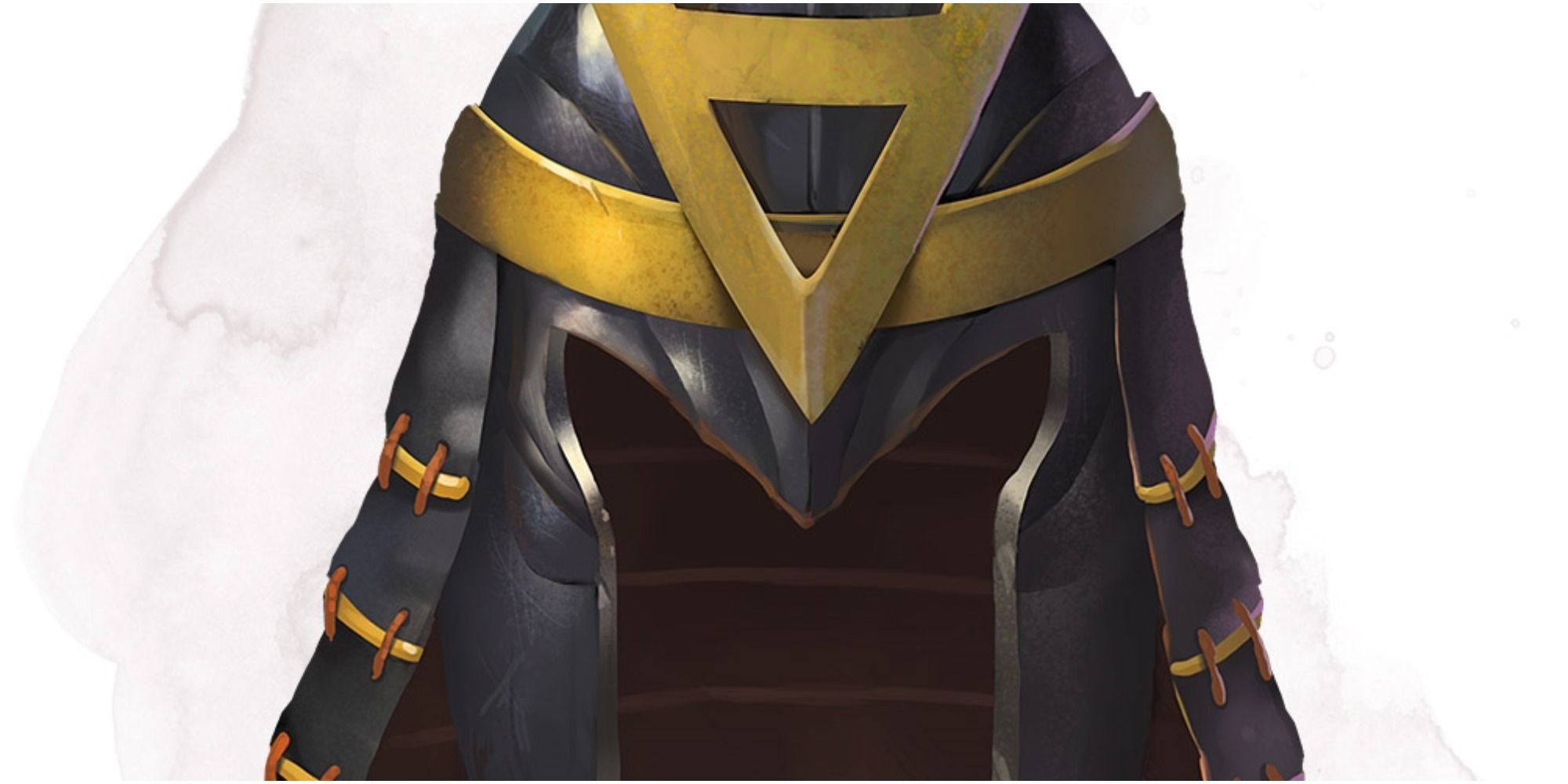 The Helm of Teleportation is a wonderous item that truly tests a DM’s ability to improvise and how well defined the world of their campaign is.

This is because this helmet comes along with three charges that can be cashed in as an action to cast the Teleportation Spell, allowing a party to instantly travel anywhere within the same plane of reality!