You are here:
Home / Dragonflight Is The First WoW Expansion I’m Not Rushing To The End Of

For the past 15 years I’ve played every World of Warcraft expansion the same as everyone else. When a new campaign launches, your goal is to finish the story and reach max level as fast as you can. The story is something that’s just there to stop you from farming mythic dungeons and world quests, so the quicker you can get through it, the better. I skip every dialogue prompt, avoid any quest hubs that aren’t on the critical path, and never slow down for anything. It has always been a point of pride for WoW players to finish the expansion on the first day, and while I knew I was skipping tons of content, I never felt like I was missing anything.

Dragonflight has been a whole different story for me. My first two nights in the Dragon Isles were spent exploring every inch of the introductory zones, the Waking Shores and the Ohn’ahran Plains. For the first time, I explored the entire map, did every possible quest, and really took my time to take it all in. This is a totally new experience for me, but it’s some of the most fun I’ve ever had playing through a new expansion.

There’s a few reasons that Dragonflight is able to slow the pace down and encourage you to really experience everything it has to offer. A major component is the new Dragonriding, which fundamentally changes how you explore. Every previous expansion has grounded players, forcing them to slowly walk between destinations. This was meant to give everyone a more intimate connection with each zone and make them feel rewarded when they finally unlocked flying at some future point in the expansion, but over time, it just started to feel like we were being held back. Rushing through the expansions felt like a way to compensate for how slow getting around felt. 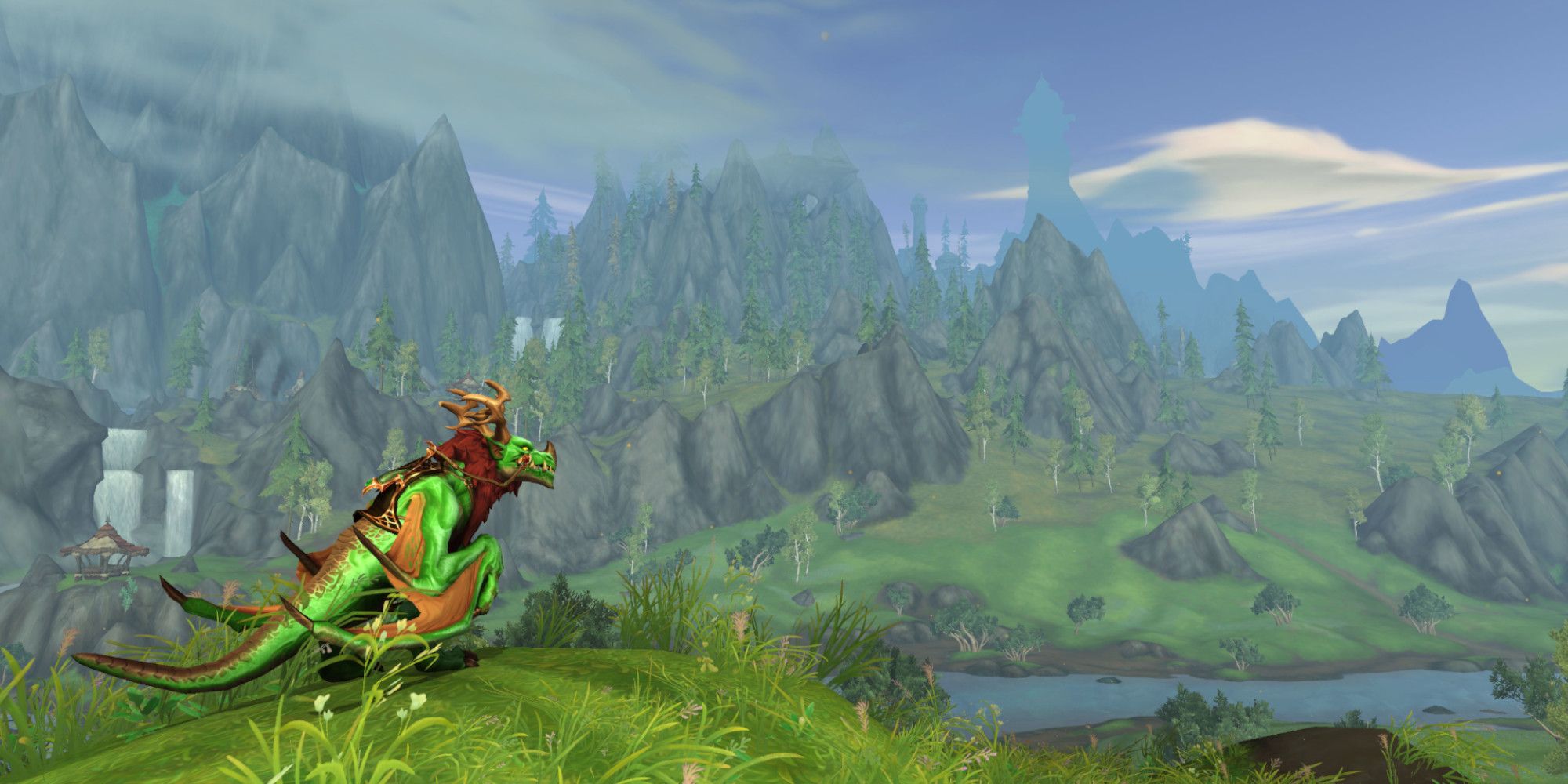 Dragonflight lets you take to the sky almost immediately, and it’s faster and freer than flying has ever been before. With Dragonriding, there is a level of skill expression and decision-making in traversal that has never been there before. Getting around is no longer a necessary annoyance, it’s an engaging gameplay mechanic. Suddenly I enjoy exploring simply because I don’t feel burdened by the distance I have to cover, and I don’t feel like I’m wasting time getting there.

The new approach to traversal also meant that the developers had to create environments that are meant to be explored from above rather than on the ground. Each zone is massive in scale compared to previous expansions, and filled with interesting topography that changes the elevation that makes getting around more interesting. Camps and quest hubs can be hidden on top of plateaus or deep in covered valleys now, and there’s a greater sense of discovery for finding all of these places.

There’s a lot of other ways Dragonflight encourages players to take their time with the campaign. The leveling process is so trivial now that you can hit 70 before you even reach the halfway point of the expansion, which lifts the pressure of grinding and allows you to just take the story as it comes. The subtle change from reputation to renown makes side-questing feel so much more meaningful because you can clearly see the rewards for building renown with each faction. Like Shadowlands, Dragonflight has a linear story that takes everyone through the same sequence of events, which not only makes for better storytelling, but also means everyone is experiencing the expansion together in the same way. For the first time I’m actually enjoying paying attention to the story because I get to share that experience with my friends as they work through it at the same time.

It will be awhile before I get a full sense of what Dragonflight adds to WoW and if it’s truly moving the MMO in the right direction, but I can say this is the most fun I’ve ever had with a campaign, and for the first time I’m not eager to get to the end as fast as I can.