You are here:
Home / Dragon Quest 11 – How To Farm Metal Slimes And Level Up Fast

Metal slimes give a ton of XP in Dragon Quest 11, but are some of the rarest monsters to encounter. We’ve got the tricks to help you farm them for easy levels.

Even by the final act of Dragon Quest 11, you will probably still be a long way off from level cap. Unless you want to spend a ton of time grinding out encounters, leveling up your party high enough to take on the final boss and endgame content will take a very long time. However, metal slimes are one of the few enemies that can appear in random battles that actually give a ton of XP, assuming you can both find and kill them before they flee.

While metal slimes can technically appear anywhere at any time, there are a few places you can go to increase your chances. Plus there are multiple types of metal slimes that all give different amount of XP, and a few methods to make taking them down almost guaranteed. 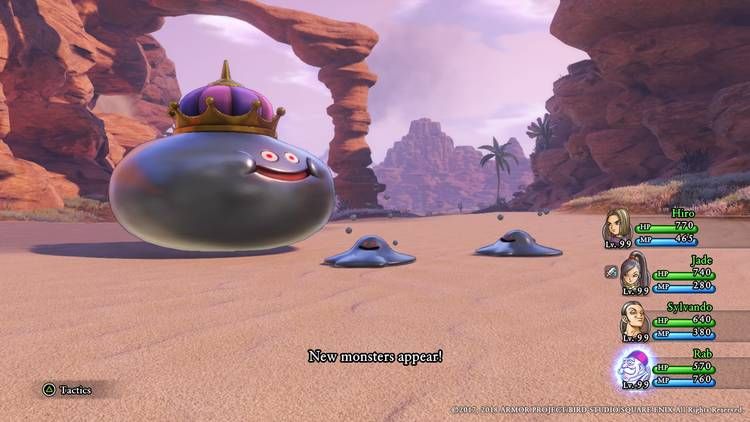 Depending on which act of the game you’re currently in, there are a few locations to boost your chances of finding metal slimes.

In act one you should hunt for normal metal slimes in the Insula Orientalis and Champs Sauvage areas. Liquid Metal Slimes are also in those two locations, as well as the Royal Library. These types are worth 2,010 and 10,050 XP, respectively.

Act two has hardy hands in Laguna di Gondolia and Mount Huji for 34,400 XP each, and metal king slimes in The Battleground for 70,070 Xp.

Finally in act three there are vicious liquid metal slimes in The Disciple’s Trial and The Cruel Crypt worth 80,640 XP. Vicious metal king slimes, worth a crazy 161,610 XP, can appear in The Luminary’s Trial and Citadel of Spite.

Again, these are just locations these slimes have better odds of appearing at, and can technically show up anywhere at random.

How To Fight Metal Slimes

Finding a metal slime is hard already, but these slippery little guys love to dodge your attacks and run from battle the first chance they get. Plus their defense is so high that even if you manage to land a hit it might only do 1 damage. If you’re unlucky, you may not even get an chance to attack at all before they flee. To help avoid this, always have at least Erik and Jade in your party since they should get their turns first, but also because they have the best skills to actually hit a metal slime.

Erik’s Critical Claim ability is the best way to take down a metal slime in a single hit. It makes his next hit guaranteed to be a crit, so as long as it lands the slime should go down in one. Jade’s lighting thrust and multi thrust are her best options. Lighting Thrust is similar to Erik’s Critical Claim, but not quite as reliable to hit, while Multi Thrust is weaker but has better odds to hit because she attacks multiple times.

For your other party members, any sword user can learn Metal Slash easily enough, which still deals low damage but will be an almost guaranteed hit. 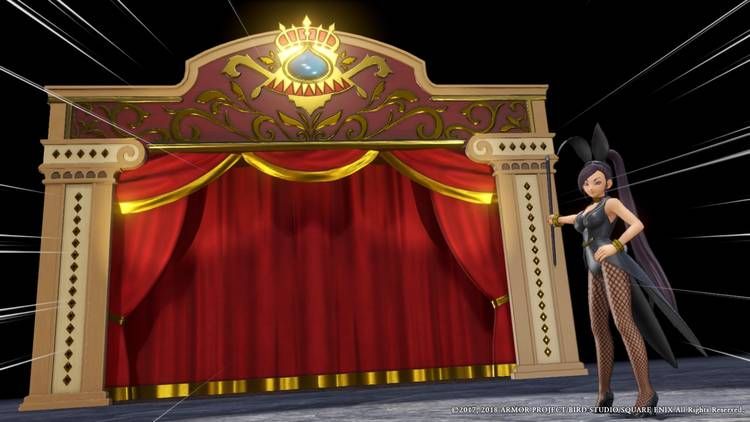 There’s one somewhat lengthy process that can take all the guesswork out of farming metal slimes if you’re willing to put in some prep work. This method can boost even late game characters multiple levels in a single encounter of done correctly. It will also go much faster if your Hero has learned the Pep Up ability, and you have some Pep Pips in your inventory, though neither are required.

To begin, enter random battles and simply defend until you have Hero, Erik, Sylvando, Jade, and Rab all pepped up. Once one is pepped, swap them out to preserve their pepped state. When you have all characters pepped up, flee or end the battle and save your game.

Next, find a location where you can encounter multiple weak enemies in a single battle, the more the better. Enter battle with Hero, Jade, Sylvando, and Erik and use the pep power Hallelujah, which will increase the rewards you earn from battle, including XP, by between 1.5 and three times normal. This pep move will cost Hero, Erik, and Jade’s pep states. 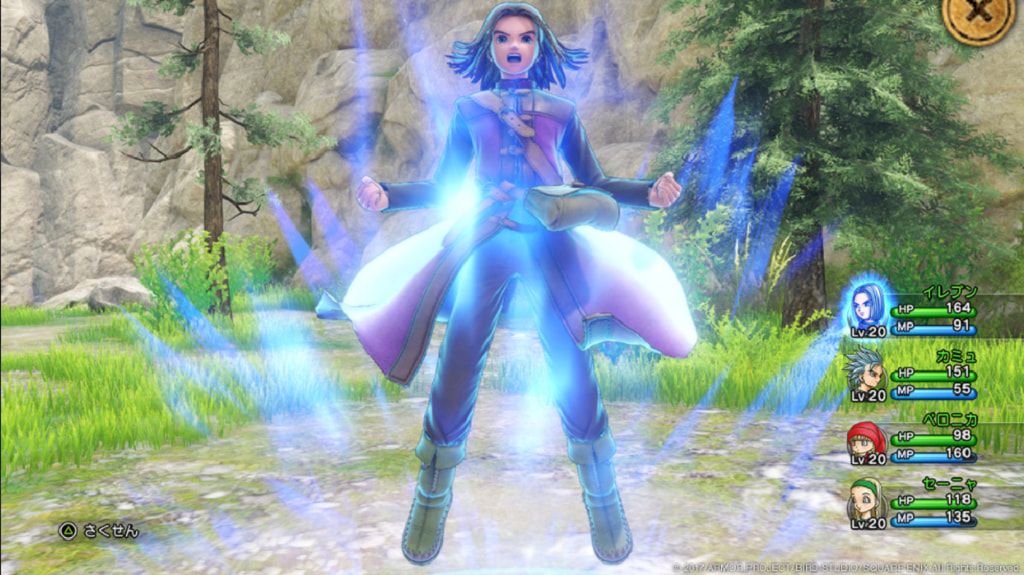 Next, either guard until Hero and Sylvando are pepped again, or use Hero’s Pep Up skill and a Pep Pip on Sylvando. Either way, once both are pepped again swap in Rab for Erik and use the pep skill Electro Light with Hero, Jade, and Sylvando. This skill turns all enemies into either metal slimes or mechs. If you get mechs, reload your save and start the process over.

If you get a nice lineup of metal slimes, hope Rab gets a turn quick so you can use Dirge of Dundrasil to put them all to sleep. This will keep them from running away immediately, so you can call in Erik and start using Critical Claim, Lighting Thrust, and Metal Slash attacks to wipe them all out with no pressure.

This setup is technical, and time consuming if you don’t have Pep Pips, but by far the most reliable way to take down Metal Slimes consistently. When combined with Hallelujah to make each success worth up to three times more than normal, this is by far the fastest way to gain levels.