You are here:
Home / Dragon Ball: The Breakers – 7 Beginner Tips For Survivors

Dragon Ball: The Breakers has a unique take on the Dragon Ball Z series, by having you play as average civilians rather than powerful Saiyans. Sure, you can play as the raider and track down survivors, but the priority system means you'll have to play as survivors sometimes.

Since most Dragon Ball games are fighting games, fans may not know how to tackle an asymmetrical game. The powerful raider can seem overwhelming and difficult to challenge, especially if you don't know what to do. However, you'll learn how to win and survive as you practice and apply the best tips. 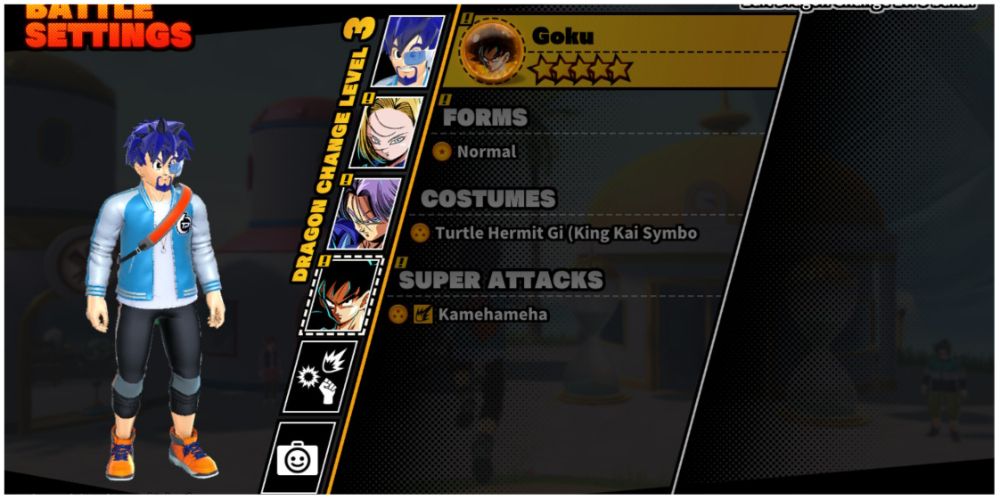 Before you start a match, you should create a Survivor Kit. The build consists of your active skills, passive skills, and D-Forms.

You can create multiple loadouts and pick whichever you want to use before a match. 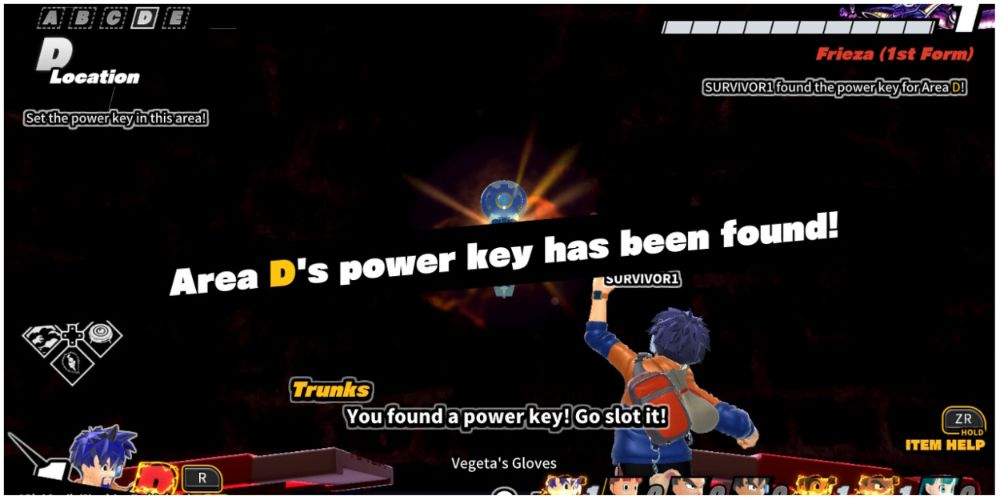 You'll have to prioritize some essential items from chests to win games and meet those conditions. Each game has five power keys to activate the super time machine. Since they matter the most, you'll want to make them your top priority.

You'll come across civilians, so make them your second-highest priority. Otherwise, the raider will kill them and become more powerful. If you help them escape, they'll give you Power Charge cubes to increase your D-Change level.

If your team collects all seven Dragon Balls, you can summon Shenron to power up one character or your entire party. However, the raider can steal them from you and summon Shenron, so you'll have to avoid contact with the enemy. They're important if you plan to defeat the raider, so go for them if you think you can't power the super time machine.

You can find radars around the map to help you get these items. For example, if you find a Power Key radar, you can figure out the location of the power key within range. The same applies to Civilian and Dragon Ball radars. Your radars combine into one and don't count as an item, so always get them. 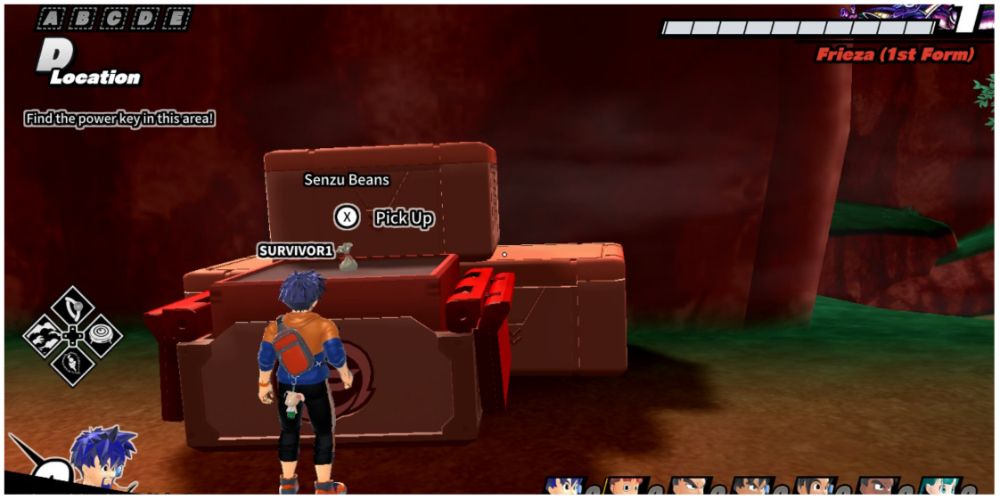 You'll also come across one-time-use items as you travel around the map. However, you can only carry two of them at a time, so you'll have to think about your circumstances and pick the most useful ones for the situation.

Know When To Save Teammates 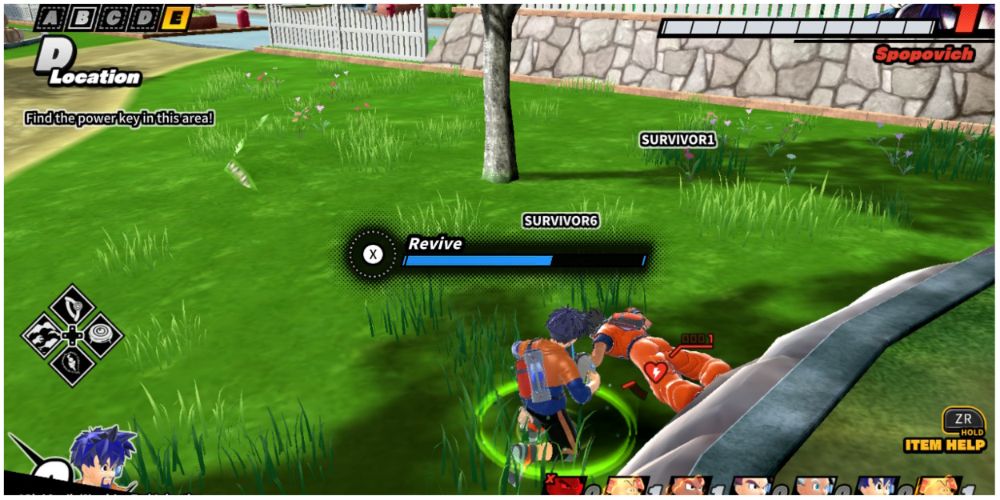 The enemy will inevitably find one of your teammates and knock them out. When that happens, you can go to your ally and revive them, but you must know the proper time to do it. The raider may be close by since they recently killed your teammate. If you and your allies rush to the injured one, the killer may wait for you to arrive and get you all.

When you see the killer baiting you with a hurt ally, you should focus on power keys and Dragon Balls. Doing so will force the enemy to lose the game or leave your teammate to take care of those dangers. If you don't see the raider nearby, you should revive your teammate immediately. since your chances of winning lower each time you lose someone. 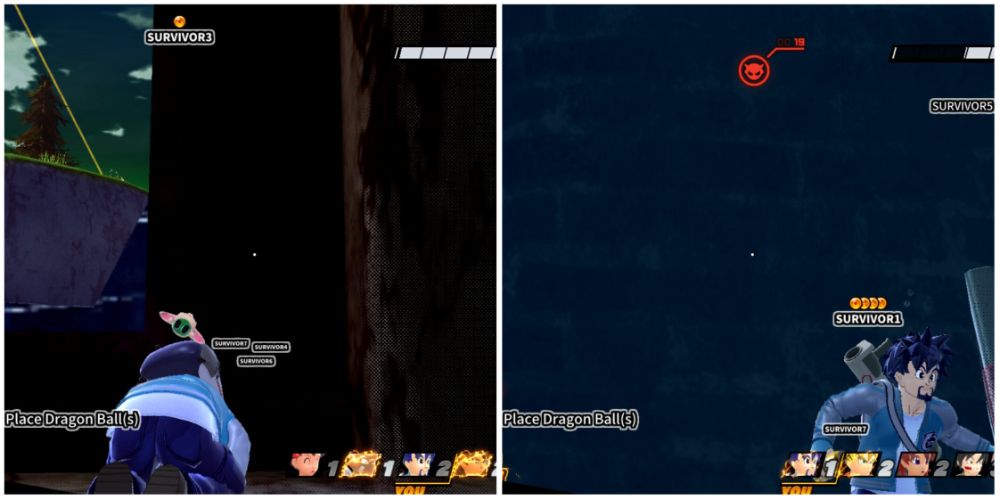 The raider will be more powerful than you in most situations, so you usually want to hide or run. Hiding works if you find yourself in a dense area with plenty of tall objects. For example, every map has a city, so you could quickly duck behind debris to avoid detection and remain safe.

However, finding a spot to duck down doesn't always work. You'll need to escape if the enemy detects your aura or sees you. Some people try to run by using movement skills. For example, they may use the Grappling Hook or the Saiyan Pod for quick getaways. Others try to run around objects and lose the raider. Some may use their transformations to attack the enemy, knock them away, and run. It all depends on your playstyle, so see what works for you. 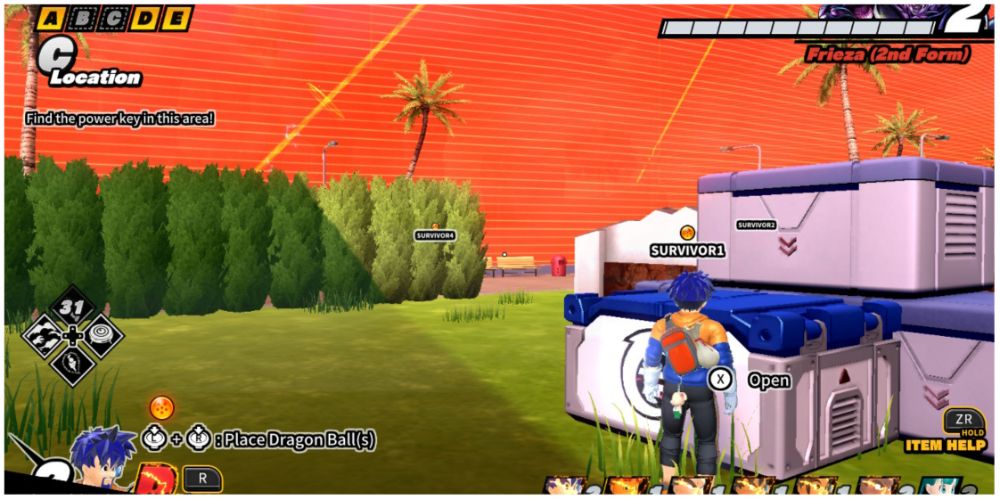 You'll hear various sounds as you play a match, so ensure you learn the sound cues to keep track of everything. For example, the music will change as different events occur, such as having unique music when a raider gets close, gains a level, or destroys an area.

If you hear the raider close music, you should hide or run. A heartbeat also indicates the enemy is moving towards your location. As for gaining a level, you know the killer became more powerful and could destroy an area. If the area destruction music plays, the raider moves to the middle of the map, so you know their position.

The same applies to other sound effects, such as the Dragon Ball collection noise. The game will play an effect if someone picks up a Dragon Ball and even if a civilian is close to you.

Watch The Raider's Level And Location 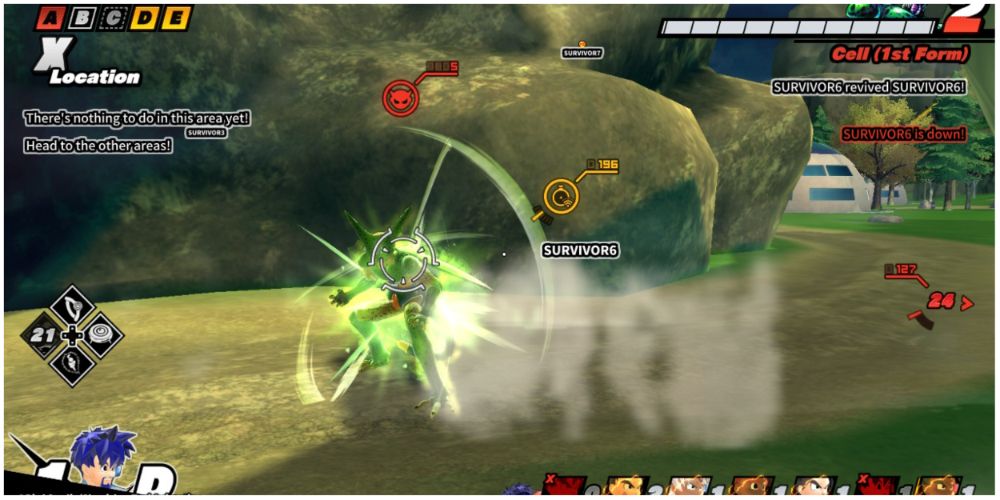 You must keep an eye on the raider's level and location if you want to survive. Your D-Change strength is comparable to the enemy's power level. That means you have about the same strength if you have a level one form and the killer is currently at level one. On the other hand, if they're at a higher number than you, they'll beat you in fights.

The screen will display a red circle and turn red when the killer gets close to you. Keep an eye out for these signs, so you'll know when the enemy gets close to you. If the raider moves towards you, figure out your escape or hiding technique to remain unharmed.

Avoid contact with the raider alone. Doing so will most likely cause you to run out of your transformation and get knocked down. Instead, you should attack the enemy when you have more teammates around you to provide support.

Overcoming the raider will take practice, wit, and planning on your part. You may still lose at times, but you can increase your odds of winning by taking advantage of the best tips. Ensure you remain focused, figure out what works best for your playstyle, and do what you can to win.