You are here:
Home / Dragon Ball: The Breakers – 7 Beginner Tips For Raiders

Playing as the Raider offers plenty of fun in Dragon Ball: The Breakers. Not only do you get to fight people with powerful attacks, but you yourself become more powerful as the match continues. However, playing as a Raider can quickly go south if you don't know how to find Survivors or stop them from defeating you.

Because of the Priority System in this game, you can't play as a villain every match if someone else has a higher Priority than you. You must make those matches count, since they spread out, do here are some tips available to maximize your time as a Dragon Ball Z villain. 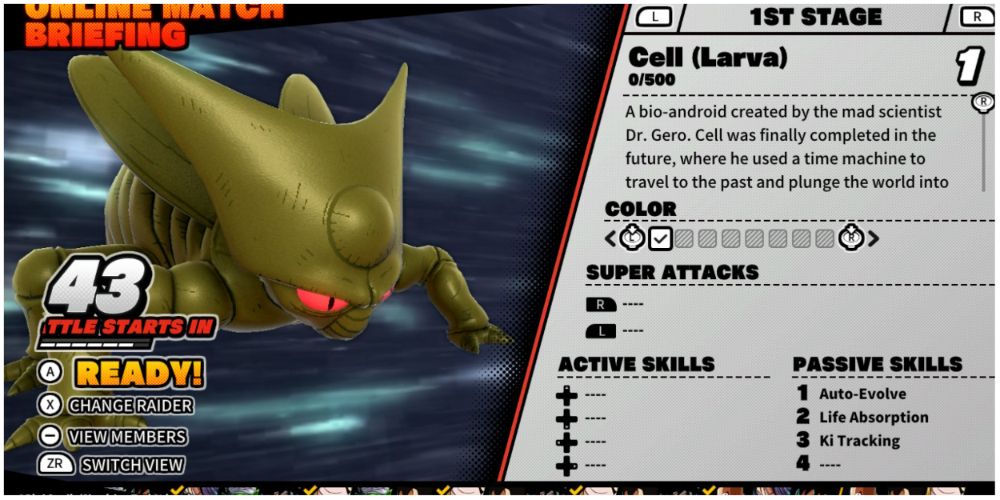 You must understand your options if you plan to win. The game has multiple Raiders, so you'll want to see which one works for your style or preferences. For example, Cell is a beginner-friendly Raider. He automatically fills up his meter until he hits level two. However, his other forms are a bit weaker than the other villains, so you may struggle against solid teams.

On the other hand, Frieza and Buu take more skill to play. You have to know how to use their abilities effectively. Frieza is a bit stronger than Buu at the lower levels, but Buu becomes powerful and difficult to defeat at forms three or higher. In short, Cell works for beginners, Frieza can be difficult but rewarding, and Buu is a high-risk high-reward character. 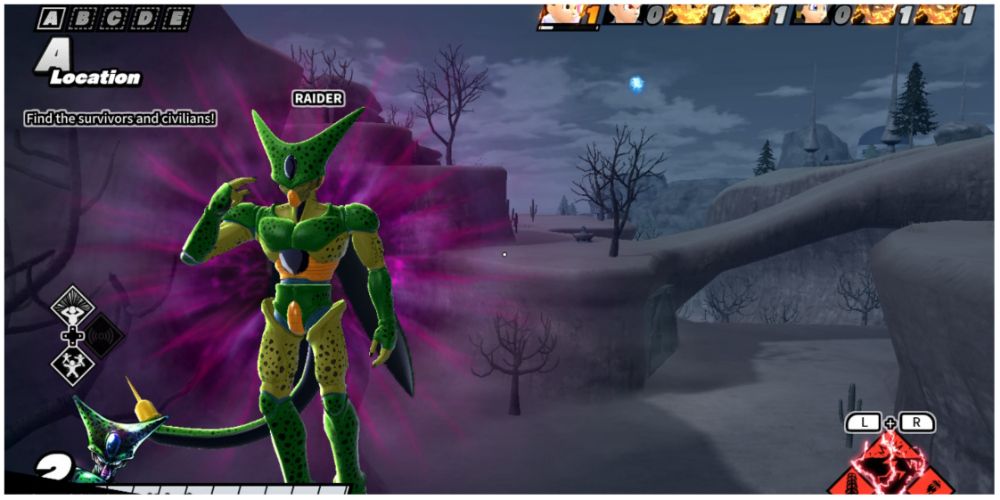 Each of the Raiders has detection skills to help them find Survivors. You must find Survivors as quickly as possible, so utilize these abilities to defeat more enemies and become more powerful.

For example, Cell can't detect Survivors at level one, but he can use the skill Ki Detection during his second form and higher. On the other hand, Frieza has Dodoria and Zarbon as finding abilities. He sends either of them out, giving you an on-screen icon if they come across any survivors.

Buu has a similar skill in his first form, but the later forms have either passive Ki Detection or the active version to find people. The one that happens automatically has a blue icon appear on your screen when you get close enough while the activated one finds people in a radius near you. 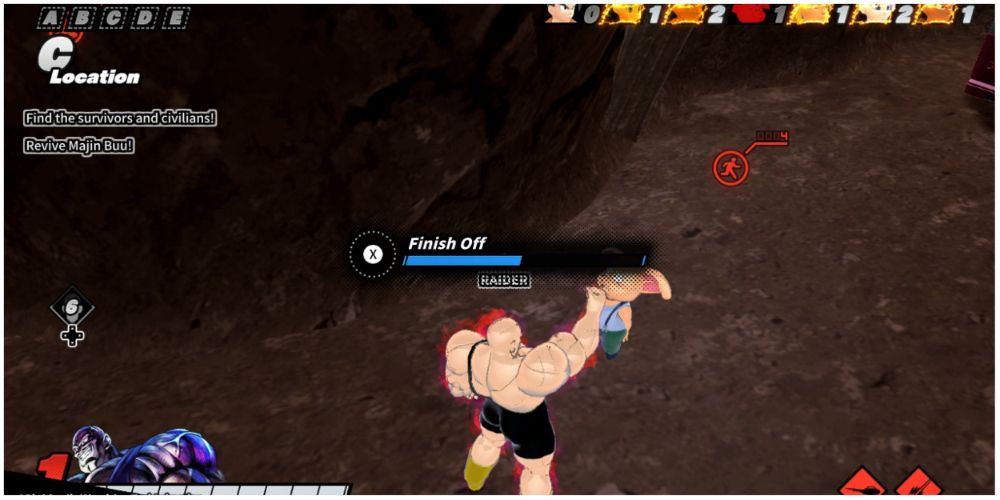 Each Raider has a powerful level one, but you'll lose the match if you don't increase your strength. You'll become stronger in two ways: finding civilians and attacking Survivors. Civilians won't run away, so they work as free energy sources. However, Survivors can save these people, so you'll want to finish off as many of them as possible to prevent the enemy from getting higher levels.

While you'll find a few civilians in the open, most of them hide in caves and buildings. Check inside caves to see if you find any and destroy buildings to make it easier to check them.

While civilians give you a nice boost, they shouldn't be your main focus. Survivors give you twice the power when you finish them off, so focus on them. Doing so will lead to a faster boost, force their teammates to revive them, and take longer to find the keys. 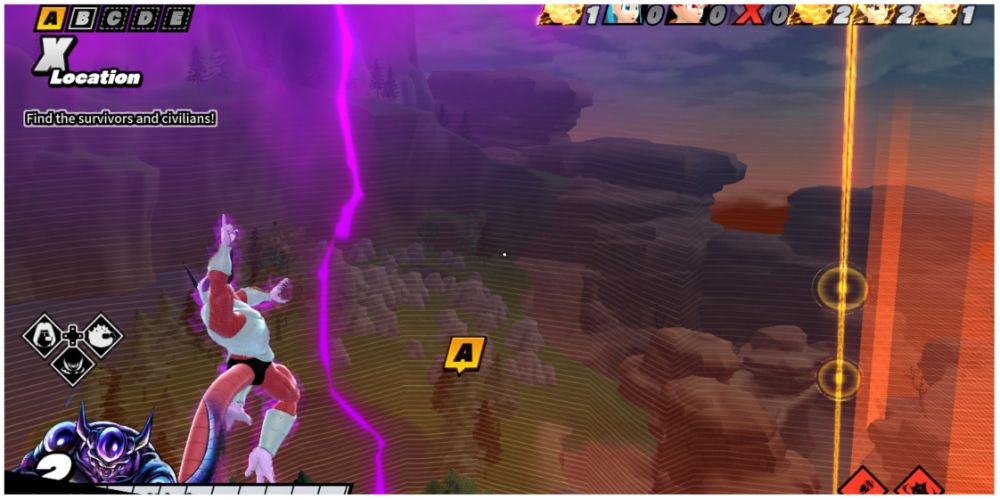 Once you change your form, you can destroy one of the letter areas on the map. Doing so reduces the places survivors can hide while potentially knocking them out if they don't escape the area in time. You'll destroy half the map if you get to your final form and use it every time.

You want to destroy areas where survivors recently placed a power key. Doing so will increase your odds of knocking them out, since the destruction will catch them by surprise. You shouldn't destroy areas without progress, since doing so will help the enemy. For example, if you destroy area A, and the survivors haven't found any keys, you turn five items into four, making their job easier. 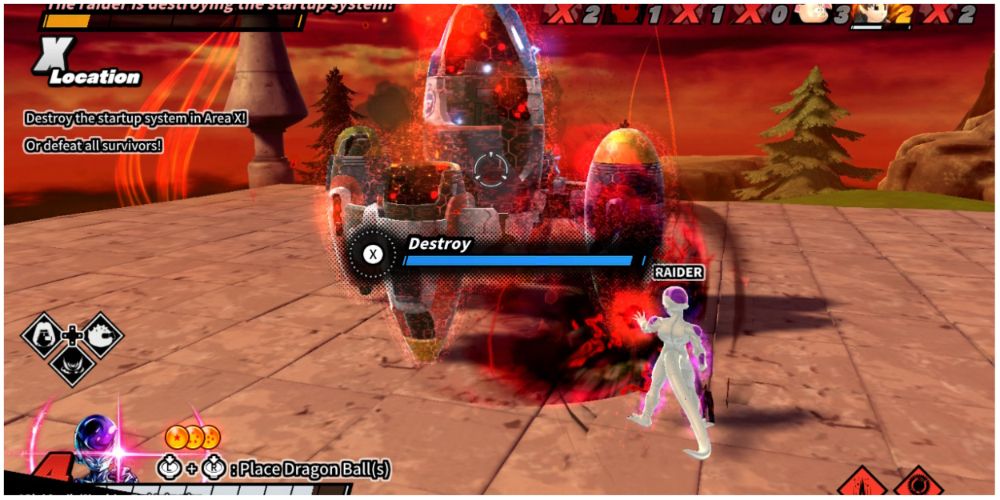 Once survivors collect and place all the power keys, they activate the super time machine. That then introduces an opportunity to lose if you let the device activate or the enemy team defeats you. You must monitor the UI to see when the machine will activate. Each area has an icon with four states to inform you of the current condition.

If the survivors activate all the points and get the super time machine going, you must destroy it immediately. While the bar may fill up slowly, the enemy will do everything possible to defend the point. If you don't blow it up fast enough, you automatically lose.

Get At Least One Dragon Ball 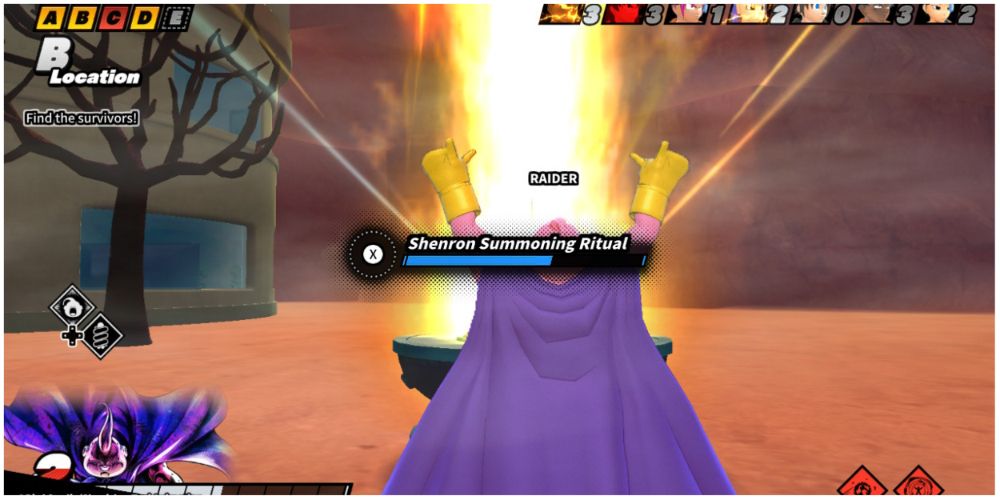 However, if the Survivors knock you down, they can pick up the Dragon Balls you carry and make their wish. Keep it in your possession while tracking enemies to stop Shenron from getting summoned altogether.

If you summon Shenron, you can restore your health or increase your power level. You'll usually want to increase your level, but it only moves you up one level, so you should wait to make a wish if you're close to the next level. Also, Frieza can wish to become immortal.

Keep Your Eyes And Ears Open 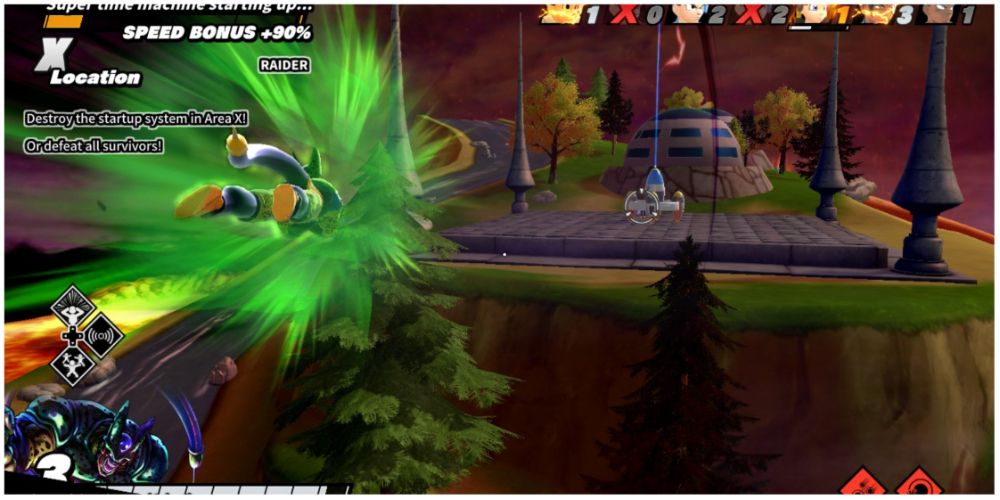 Finding Survivors can pose challenges, so you'll have to look around and listen. The game has a solid draw distance, so you can sometimes see characters moving around the map, making them easier to track. You'll also lock onto enemies when you get close to them, so you can use the system to find people you didn't initially see.

Becoming a solid raider requires practice, knowledge, and reaction. You can level up and tackle the Survivors head-on as you hunt them down. Ensure you understand how your character works, know how to look for survivors, and do what you can to stop them from defeating you.