You are here:
Home / Dragon Age: Absolution Review – An Uneven But Honest Look At Tevintan Society

Like all good fantasy stories, Dragon Age: Absolution opens with a barfight. Our colourful cast of D&D archetypes is given a mission and messes it up spectacularly as soon as they’re given the chance. They’re told to pack it in by the only serious member of the group, because they’re about to go and nick some fancy artefact from the big bads in Tevinter.

Dragon Age: Absolution sticks with this pace in its earlier moments, making it a whistle-stop tour of both fantasy conventions and all the Dragon Age lore you’ll need to know for Dreadwolf, whenever it launches. It’s a fun ride, but one that feels restrained by its proximity to the games – both Inquisition and Dreadwolf – and often too predictable.

That is, until they get the artefact, and you realise that you, the viewer, have been set up – the biggest fantasy trope was right in front of you all along. The heist is just the vehicle used to get us to the meat of the story: the life of our hero, Miriam, and her time in Tevinter. Unfortunately, it’s a vehicle that takes a while to get to its destination.

A former elven slave, Miriam is now free and working as a bounty hunter. Despite being the lead, she doesn’t feel like it in earlier episodes. There are five other characters in the crew vying for your attention, and she seems to fit into the story the least. It doesn’t help that her relationship with her girlfriend Hira isn’t as compelling as the show thinks it is, being hurriedly introduced and leveraged as a reason to care about their mission, rather than feeling like a natural couple. We don’t know anything about them as people, and that doesn’t change by having them together. 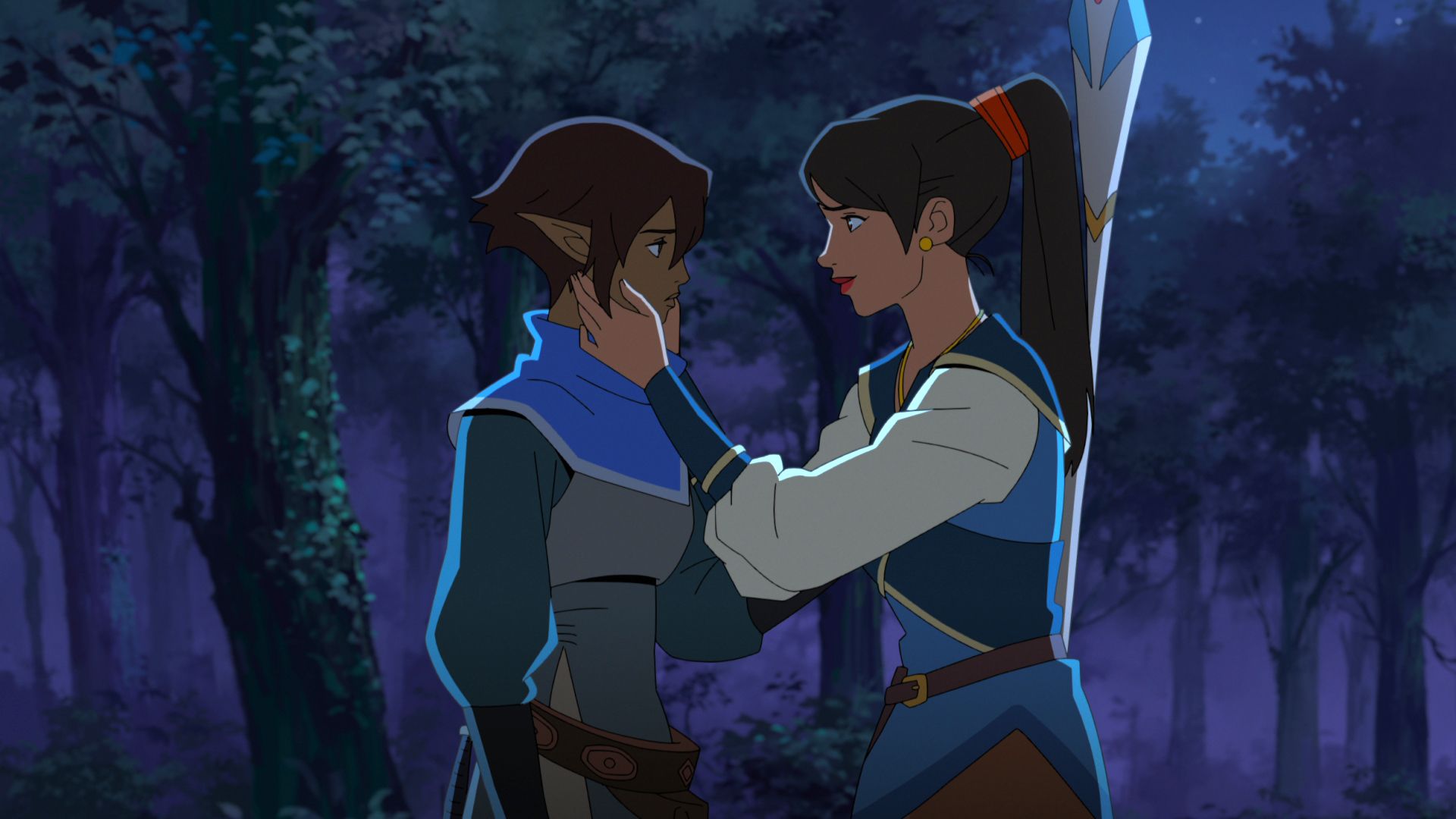 In classic Netflix pacing, other supporting characters, like Hira, only become as engaging as the story demands towards the end. The numerous side characters’ prominence in the early episodes hides the fact that, when Absolution is at its best, it’s not about them – it’s about Miriam and Tevintan society. That’s why these issues vanish when we dive into it and get our antagonist, and the true story of Absolution, and Miriam, begin to form.

Rezaren, our Tevintan antagonist, lets us see a true, warts and all depiction of Tevinter that Dorian hid from us in Inquisition. His storyline acknowledges that Tevintan magisters aren’t just good eggs or bad eggs – they’re an order built on the tolerance and support of slavery, and that idea elves are lesser beings. With Rezaren and Miriam, Absolution explores how that can manifest in a variety of ways, and how those that claim to love their slaves are still blinded by the privilege they hold over them. 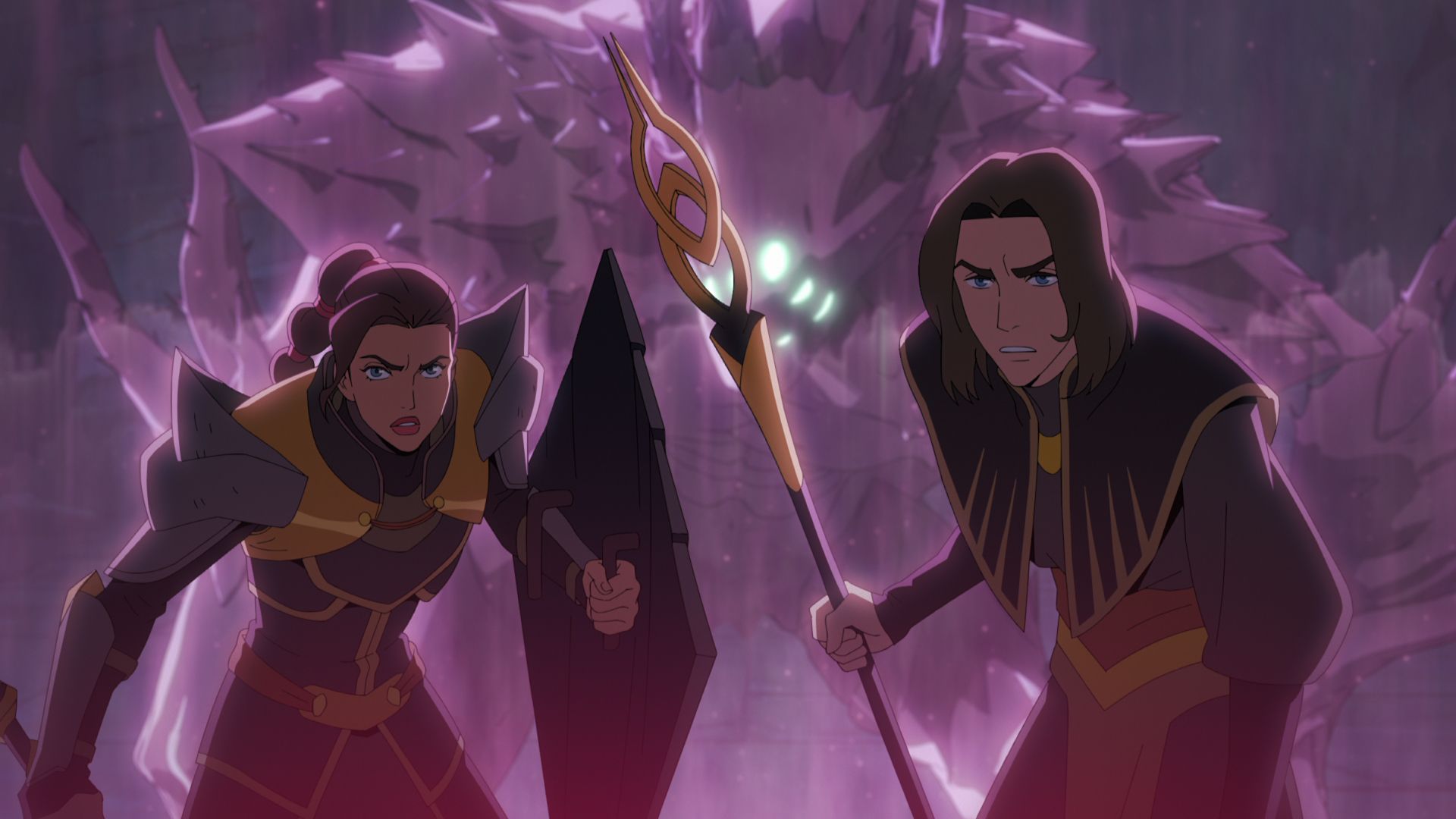 By diving into the darker areas of Tevinter and being honest with how even its well-meaning higher-ups will be warped by its views, it allows for a nuanced look at what it means to be a Tevintan. It shows people like Rezaren for who they are. He says he loves his family’s slaves, and perhaps by the standards of his society, he does. Nevertheless, he’s reluctant to accept that, by playing by Tevintan rules for his whole life, he is endorsing the suffering that they went through. Most critically, he never wants them to leave, making him as bad as any other slave owner. Miriam holds a mirror to him, and he refuses to look at it.

In its better moments, Absolution hones in on this specific case of oppression in Tevinter. Miriam is a survivor, and what she goes through will stay with you when you explore Tevinter yourself in Dreadwolf. From the magic to the abuse, it’s inescapably awful in a way we could only imagine before Absolution. Through Miriam and Rezaren’s story, we’re shown this in all of its ugliness. 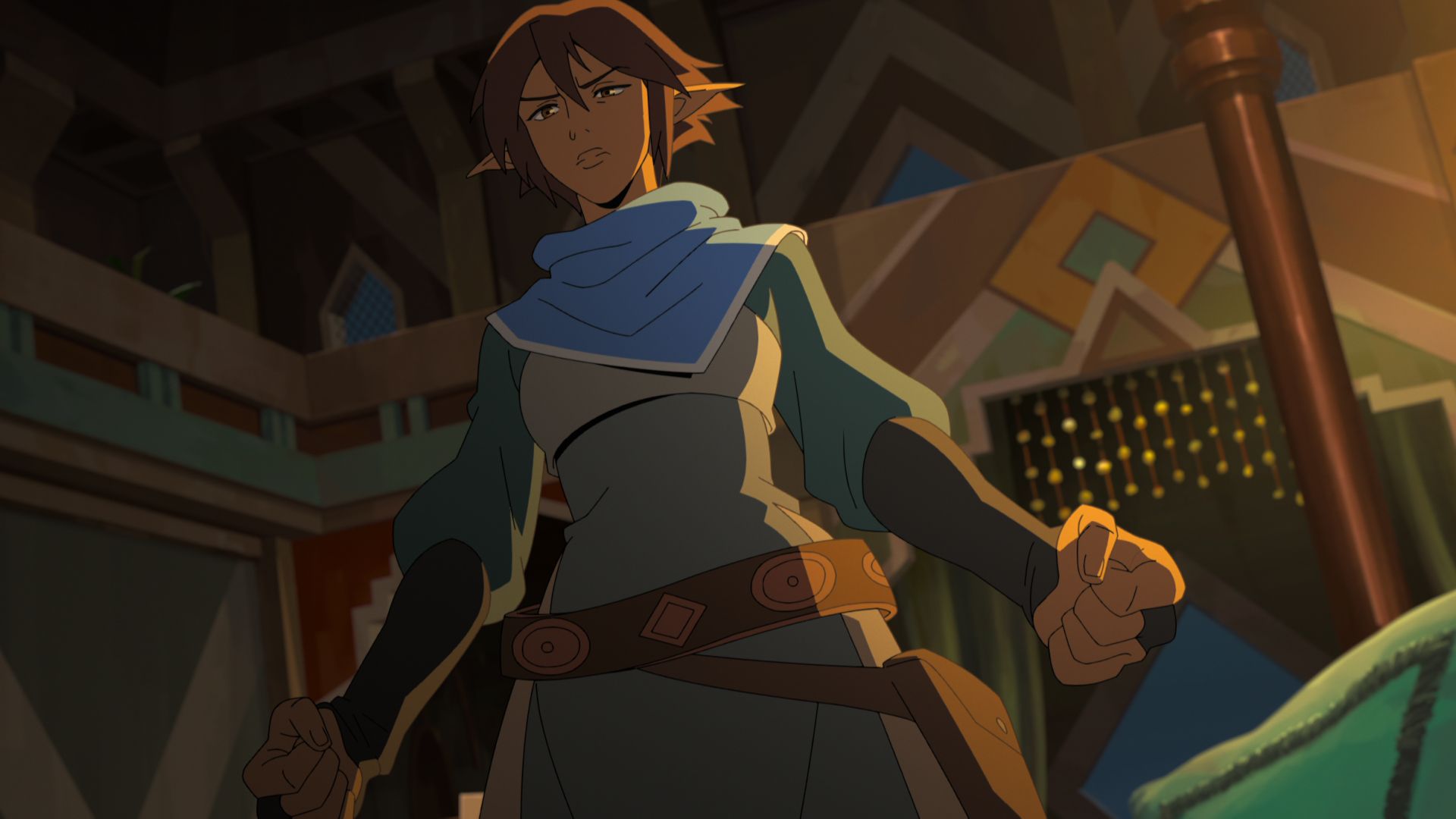 It’s disappointing then that we have so many other characters to get back to – and two other games worth of history to unpack. This isn’t a game, we can’t really avoid taking a detour with the two warriors of the group just because one of them is funny, and this meandering takes away from the better parts of the show.

By the time all of the smaller stories have stumbled into one, the cast feels like real characters and not just the archetypes we saw in that bar fight. When the final credits roll, you’re as invested as the show wanted you to be from the start, so I hope this isn’t the last we see of the gang. 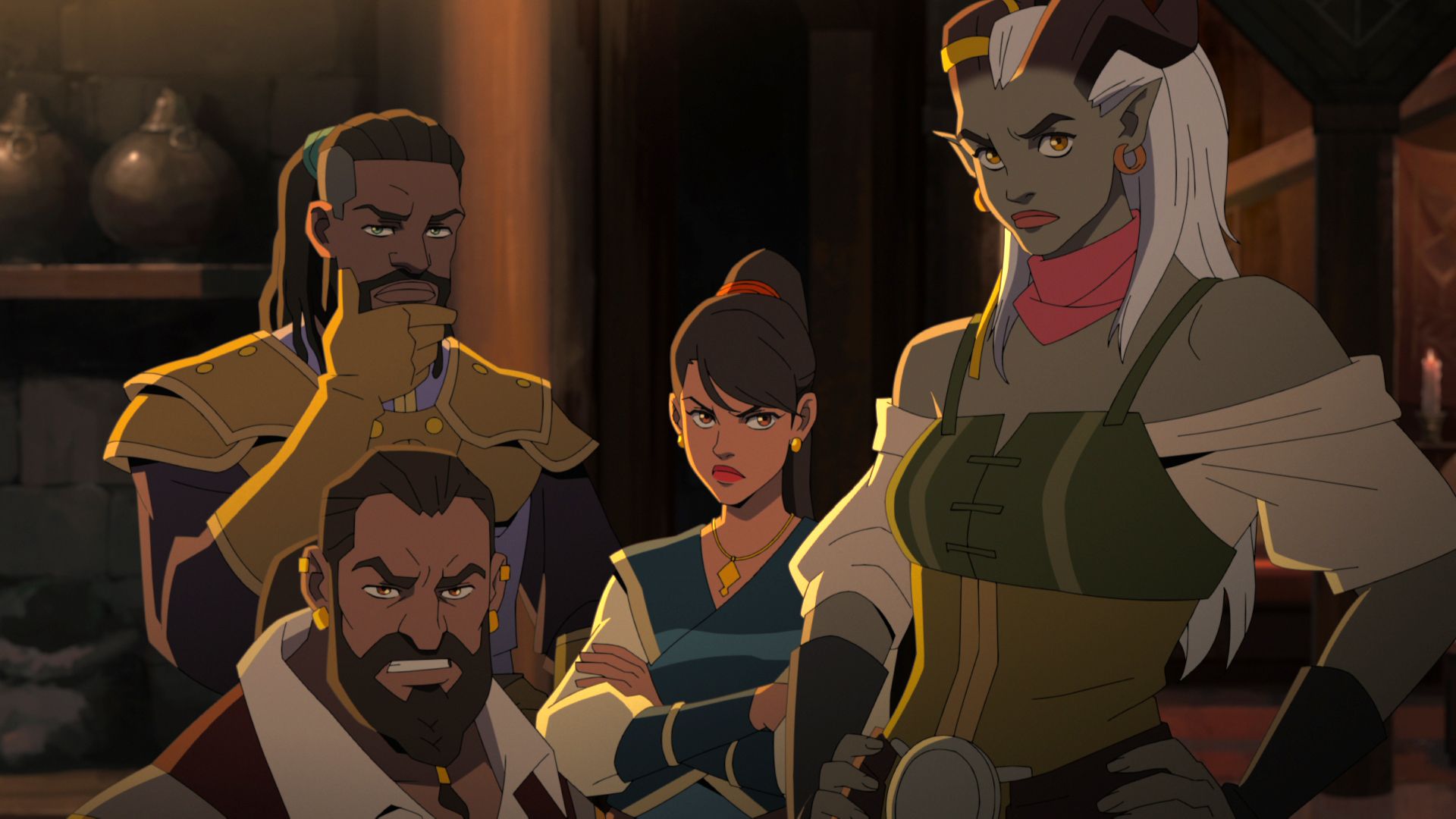 If its sequel-baiting ending is anything to go by it won’t be, but I fear it could fall foul of Netflix’s penchant for cancelling shows before they’ve reached their potential. If nothing else, Absolution’s finale is full of potential. Miriam and the gang have served their purpose, they’ve introduced Tevinter. Now give them a proper adventure.

But for what it is, the first season of Dragon Age: Absolution gets better the further we move away from that trope-filled bar brawl. When it gives its characters something to work with and explores concepts that the games haven’t yet, we get a great show in its own right and not just a decent bridge between Inquisition and Dreadwolf.

It’s a rocky journey, and one that jumps the gun and doesn’t take enough time to invest in its clumsily handled cast of characters. But by the end, we’re left with a team of heroes ready to headline another Dragon Age adventure – one that doesn’t have to set up a better, more exciting journey.