Double Kick Heroes is a musical shoot-em-up set during a zombie apocalypse. Our band of heroes play heavy metal music while running away from hordes of zombies in their car. Your job is to hit various drumbeats and notes that match the musical tracks, which result in the band firing away into the crowds of running undead.

Crushing zombies while listening to music is harder than it sounds, as drum beats and enemies storm your way at lightning speed. Timing, controls, and knowledge of the game will be crucial to success as you battle your way through dozens of metal tracks.

Watch The Enemies, Not The Car 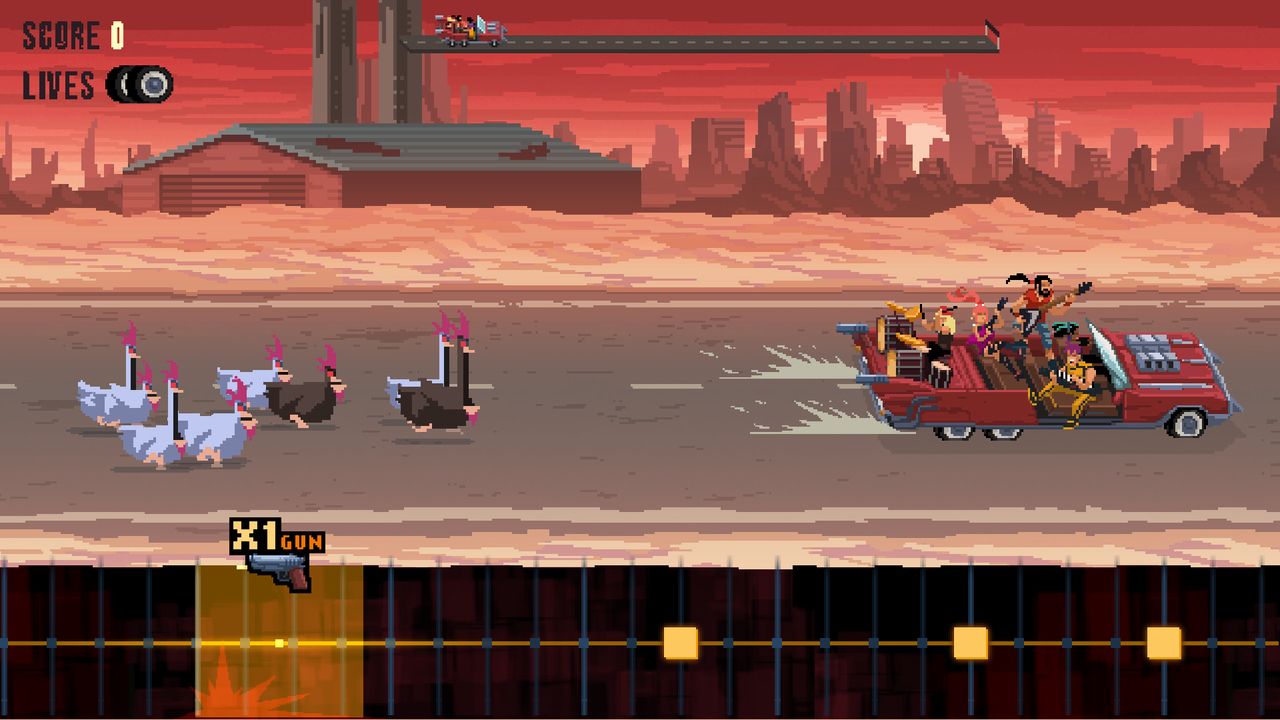 You'd think in a zombie apocalypse your only real threat would be zombies, right? Well, the zombie apocalypse in Double Kick Heroes is host to a myriad of weird, wonderful enemies. Giant, maniacal chickens; dinosaurs, back from extinction; a shark that can chase you on land. These are just a few examples of the various enemies in the game who won't mindlessly walk toward you.

Different enemies will approach your vehicle at different speeds, so you want to keep track of which enemies are approaching your car. The hit zone at the bottom of the screen will flash with an indication as to whether the enemy is coming from the top or the bottom. If you can't keep your eyes off of the beats, the hitbox will let you know when an enemy is nearby.

Alternate Between Top And Bottom Guns 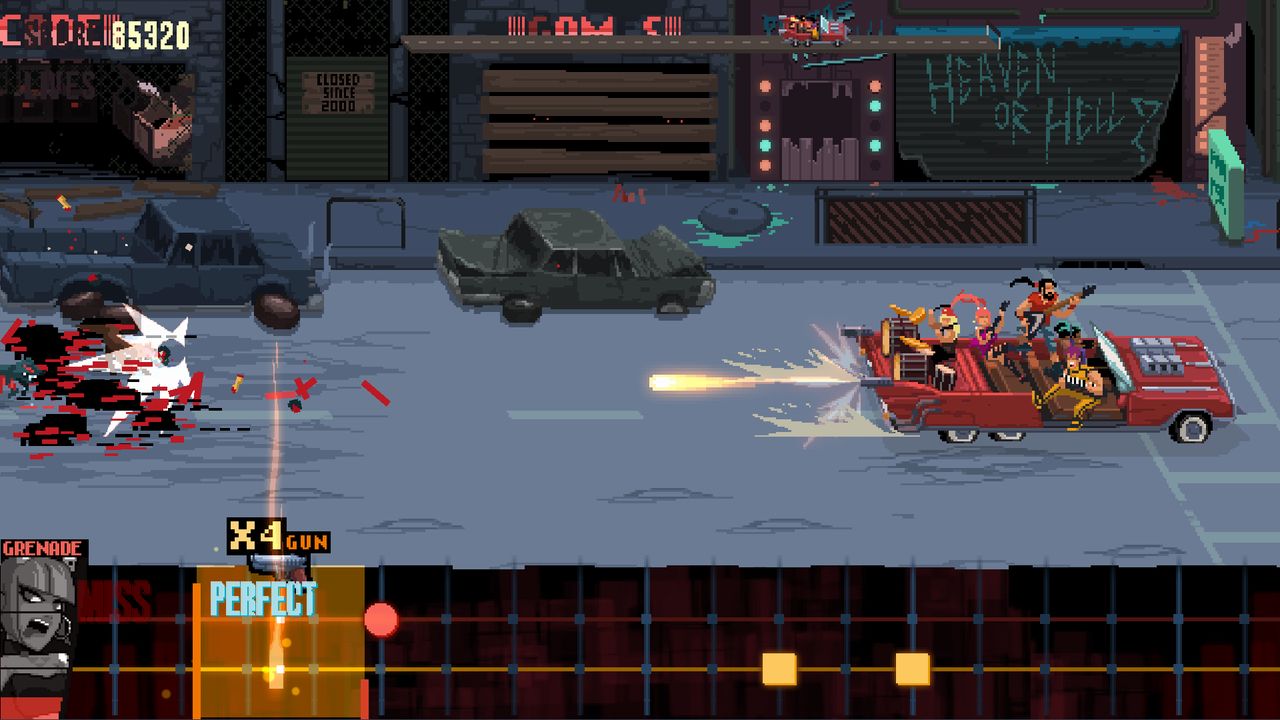 Sometimes the game moves too fast, and you're unable to look up and see where enemies are coming from. A good way to keep enemies at bay – regardless of their position – is to alternate between your two guns.

Every few beats, make sure to fire the alternate weapon. This will thin out the herd of enemies on both sides and ensure that enemies are at bay, no matter where they're coming from.

The game will eventually become so fast that it'll be extremely difficult to keep up with all the beats flying past the screen. When the track gets this intense, simply spam the buttons for the top and bottom guns and alternate. 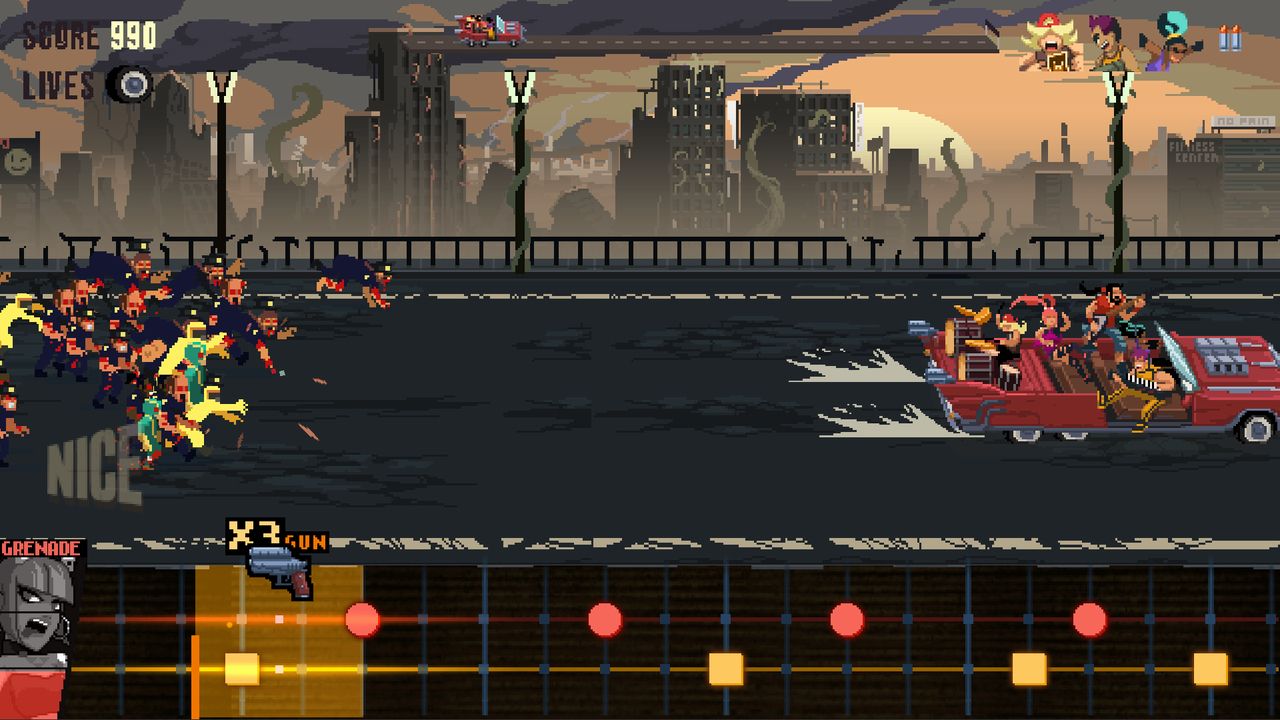 Eventually, you'll be able to utilise grenades in Double Kick Heroes. Hitting snares (the big red dots) will charge the gauge next to your hit zone. Once the gauge is a third full, you'll be able to throw a grenade when it appears on the bottom of the screen. One grenade throw will cost you a third of your gauge, so you should use them carefully.

If there are only a few enemies on screen and they're far from the car, then there's a chance the grenade will only hit one enemy or none. Wait until there's a crowd of enemies fast approaching the car, and then activate the next grenade. The grenade's area of effect explosion will hit multiple enemies and thin out the crowd. 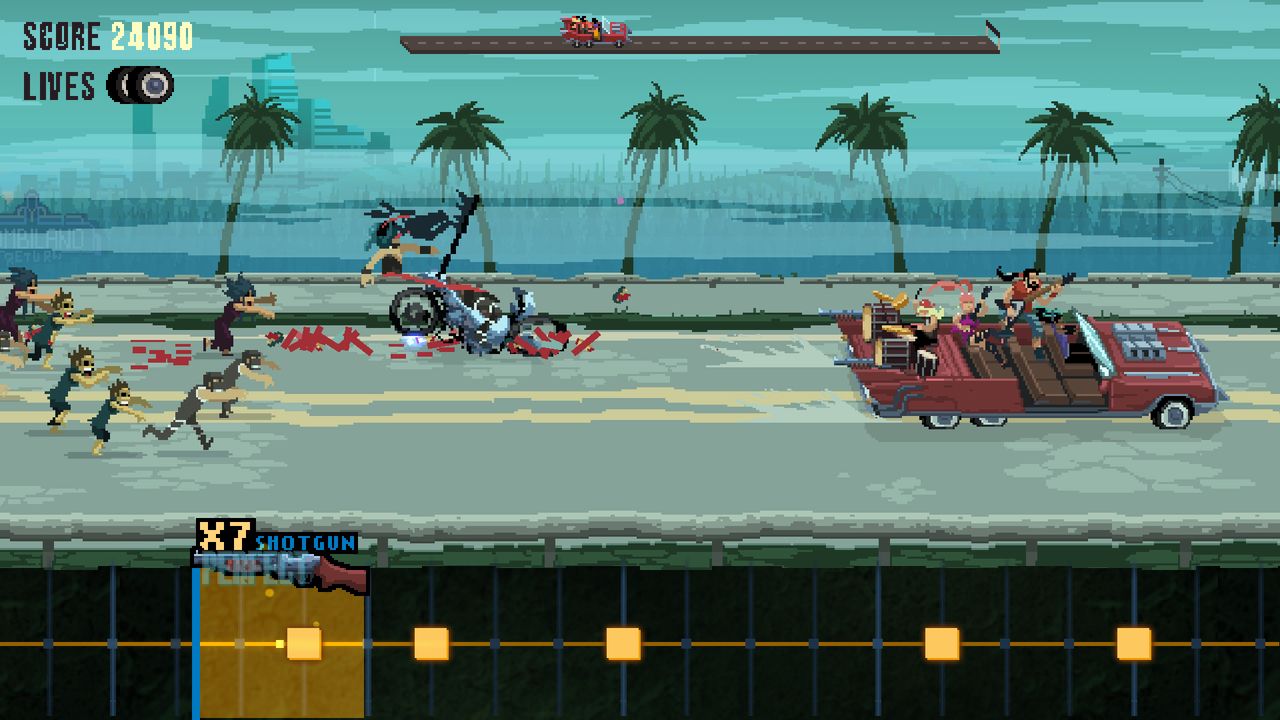 Double Kick Heroes includes a multiplier for consecutive beats in the hitbox, and landing perfect beats will cause the multiplier gauge to increase even more. Higher multipliers mean that your weapons will deal more damage, but you'll also be able to unlock new weapons this way.

Once you reach a 4x multiplier, your handgun will turn into a shotgun, at an 8x multiplier, it will turn into a cannon. Shotguns have wider spreads while cannons shoot area of effect pellets, meaning that higher combos cover more ground. Missing a beat will either knock back your gauge or reset it, depending on your difficulty level. 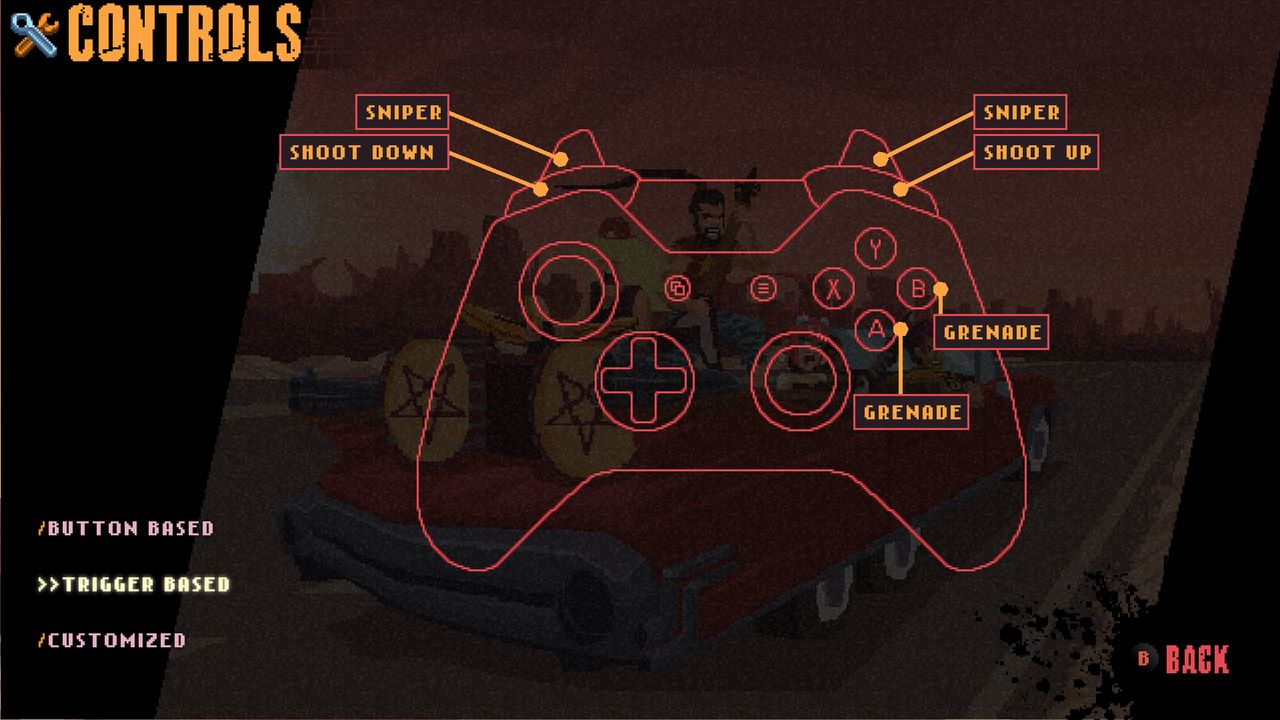 The final tip is more of a reminder. If you're finding it difficult to juggle all of the game's various parts, head to the Options Menu and play around with different control configurations. With so much flying at you in quick succession, it's important to find a comfortable control setup.

The most comfortable control scheme I found was to put the main car guns onto the two shoulder buttons, LB/RB or R1/L1. After that, snares and grenades were assigned to the main four gamepad buttons.