You are here:
Home / Don’t Judge Not Okay By Its Poster

Don’t Judge Not Okay By Its Poster

I like to think I tread the line between movie buff and movie snob quite well. I watch a lot of classic movies and try to tap into each corner of cinema history, but one of my favourite movies of all time is Jennifer's Body. I love my trash. If you put Bella Thorne in a movie, I will watch it. I simply have no control over that fact. I might not like it, but that will not stop me. When I saw Not Okay trending on Letterboxd, I was expecting to hunker down in the filth and wolf down more trash like the little movie goblin I am. What I saw instead was perhaps the most misadvertised movie all year.

This wasn't even a snap judgement I made from the poster. This is a direct-to-Disney+ (direct-to-Hulu in the US) teen movie, starring Zoey Deutch playing an influencer, and directed by Quinn Shephard (who herself is best known to me from her role in a Bella Thorne movie), so I think it's reasonable for me to expect something like Crush, another direct-to-Disney+ teen movie that premiered earlier this year. But rather than teen drama, cute romances, and a trashy but comforting plot, I got a jet black satirical comedy about the Paris terror attacks.

Deutch's character Danni is an influencer without influence as the movie opens. She wants to be Insta-famous instantly, but she's floundering. She works for Depravity, a Buzzfeed-esque site, but her attempts to write for the site have failed. Her most recent attempt was an essay on the FOMO she feels at not knowing anybody who died in 9/11, meaning she struggles to care about a tragedy she herself has no personal connection to. When she manages to get a quick one on one with Dylan O'Brien's trashy Jake Paul-style character Colin, she lies that she has a big trip to Paris planned. She then sits at home for a few days Photoshopping herself into pictures of Paris landmarks, gaining the attention she craves from Colin. Then disaster strikes – Paris is struck by a series of terrorist attacks, including one at the Arc de Triomphe just minutes after Danni posted a smiling selfie right next to it. 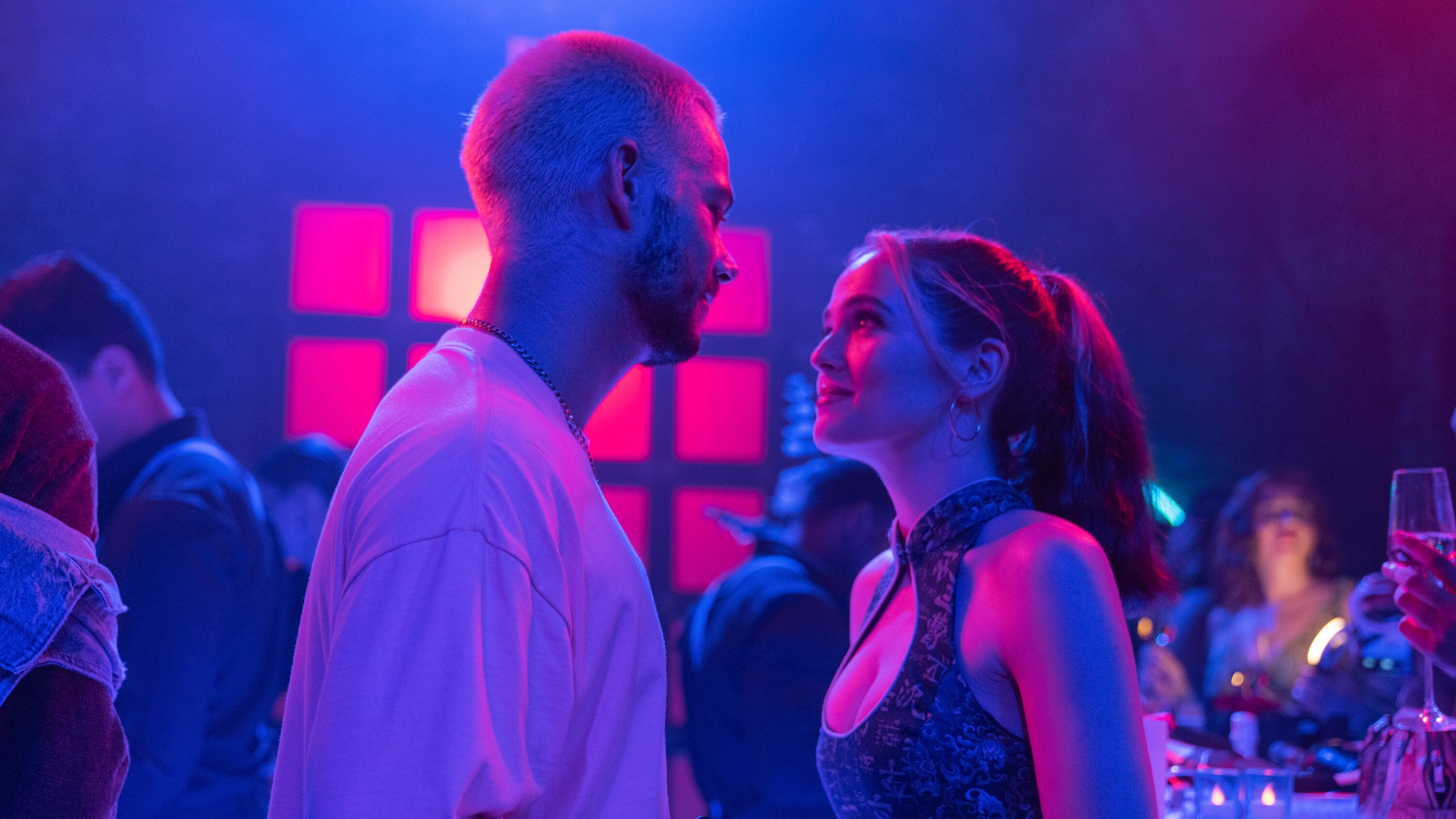 Danni sees this as a very personal tragedy. Much like her failure to have a tangible connection to 9/11, she views the Paris attacks through a singular, selfish lens – this was the worst thing that could have happened to her. However, she soon senses the opportunity, and becomes the poster girl for the attacks, detailing her harrowing survival and leveraging her fake trauma for clout and followers. She then attends a trauma support group, not even to keep up appearances, but to steal the stories of others to make her own lie more believable. There, she meets a survivor of the Ariana Grande bombing and a school shooting survivor, the latter of whom (Rowan) is a well known online activist and thus has the platform and followers Danni craves, causing her to befriend and manipulate her.

Through the experiences of Danni and Rowan, the movie explores how we see trauma in the modern era. Rowan is filled with anger, doubt, lack of self-worth, and suffers panic attacks and PTSD. Danni has a very Liberal-Centrist view of trauma; it's all online essays, hashtags, and blue ticks. Danni sees herself as the face of trauma, while Rowan is positioned as the voice. The dynamic between the two, and how each interacts with the world around them and the gaze of the movie, has far more substance than the poster of a pretty girl with fancy nails crying French teardrops with thick eyeshadow lets on. 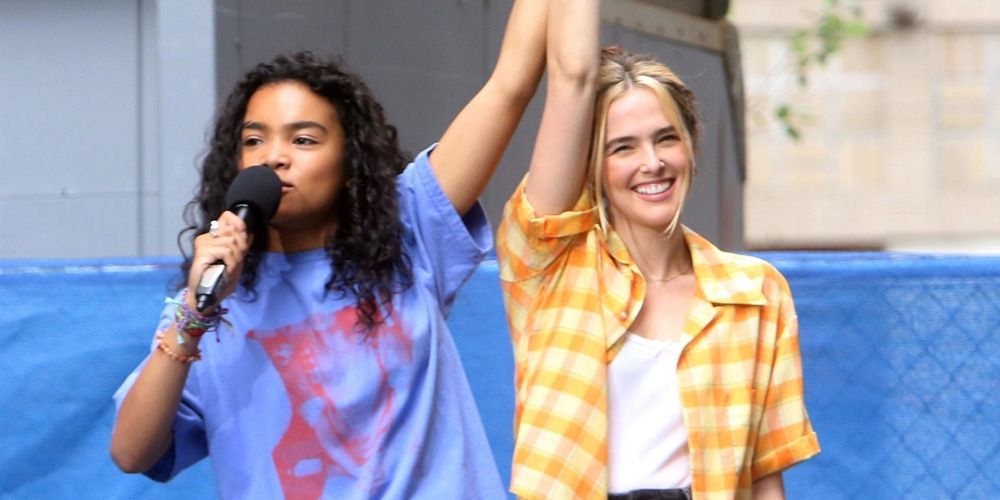 Not Okay is not the perfect movie. It holds back a little bit on what it has to say. It seems to still position itself as a teen movie, revelling in the bait and switch too much to go for the throat. For a black comedy about a terrorist attack, it holds back far more than something like Four Lions, for example. Zoey Deutch is great at capturing exactly the sort of Addison Rae self-absorbed affectations Danni starts with, but never quite gets to grips with the darker Rachel Hollis/Hilaria Baldwin direction the film takes her in, but that may well be because the film pulls its punches so much. It moves to the same beat as Ingrid Goes West, but with its bleaker subject matter, it would be better aiming for Assassination Nation; a movie which itself doesn't quite sink its talons quite as deep as it should in any case.

Still, while I think there are some reasonable critiques to be made, Not Okay is a bold film, and one that I think might find the wrong audience. Those who watch it expecting Crush but with Zoey Deutch might miss the humour or find it irritating or unpleasant, while those looking for this sort of movie will ignore it the same way they ignored Crush, All the Boys I've Loved Before, Holidate, The Kissing Booth, Time is Up, and You Get Me. If you're wondering about my usual bit where I tell you I've made one of them up, they're all real and I could list triple that amount of watchable-to-decent movies that Not Okay poses exactly like, but that very few of Not Okay's true core audience have seen. Not Okay is probably going to miss its chance to land, and with some interesting things to say, that's a real shame.