You are here:
Home / Don’t buy Hitman on Steam or PlayStation – All maps free in January 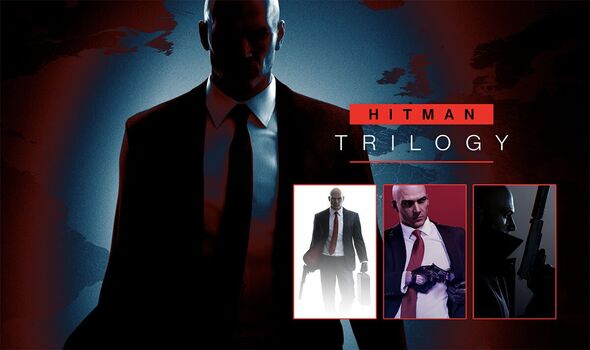 If you’re thinking of picking up the entire Hitman trilogy in the January sales, then don’t bother. Hitman developer IO Interactive has announced plans to bundle all three games into one package. As of January 26, Hitman 3 will change its name to become Hitman: World of Assassination. As part of the change, all of the maps from the original Hitman and its sequel will be bundled with the maps from Hitman 3. Better yet, if you already own Hitman 3, you’ll get the additional maps for free.

According to IO Interactive, bundling the games together will simplify the buying process for new customers, and ensure fans have the same base ownership.

“We’re drastically simplifying the purchase experience for new players. Hitman World of Assassination will be the single available option to start playing.

“Essentially, these two changes will mean that all new players and existing Hitman 3 owners will have the same base content ownership.

“There will be no more confusion over which edition to buy, what content you own, how to redeem Legacy packs or import locations, etc. We’re done with that.”

After January 26, all Hitman 3 owners will have access to the ICA Facility, Paris, Sapienza, Marrakesh, Colorado, Bangkok, and Hokkaido maps from the original Hitman, as well as the Hawke’s Bay, Miami, Santa Fortuna, Mumbai, Whittleton Creek, Isle of Sgail and Himmelstein maps from Hitman 2. That’s on top of the Dubai, Dartmoor Manor, Berlin, Chongqing, Carpathian Mountains, Mendoza, and Ambrose Island maps from Hitman 3.

Use Steam Store Credit to purchase digital downloads on the PC platform.

Use Steam Store Credit to purchase digital downloads on the PC platform.

If you want to play the New York and Haven Island DLC maps, as well as the Siberia and Hantu Port Sniper Maps, then you’ll need to upgrade to the Deluxe Edition.

The Deluxe Edition also contains the Seven Deadly Sins add-on content, and a selection of Escalations, Contracts and Challenges.

The changes to the way Hitman is bundled will benefit the upcoming Freelance mode, which is launching later this year.

“For many players, it will mean free content to enjoy. For others, it will mean significantly cheaper DLC prices,” IO continues. “For new players, who probably aren’t reading this here, they’ll have a much better experience buying Hitman games.

“The changes have also been made with the Freelancer game mode in mind, where being able to easily access all locations from across the World of Assassination is paramount to maximising your enjoyment.”

As a reminder, Hitman 3 is currently available for just £17.49 in the Steam Winter Sale. The Hitman 3 Deluxe Edition is also discounted on the PlayStation Store, where it costs £26.24.