You are here:
Home / Does Anyone Really Like Genshin Impact For The Gameplay?

Does Anyone Really Like Genshin Impact For The Gameplay?

I’ve stepped away from Genshin Impact in recent months. Its predatory gacha system took a negative toll on my addictive personality and the amount of content I was expected to catch up with in order to even have a chance of understanding the narrative was ridiculous.

Combine that with new characters and a continuous stream of seasonal events and there wasn’t much in it for me anymore. There are so many cute anime boys and girls I wanted to bring into my roster, but I knew I was doing so for the temporary thrill of pulling them instead of any real desire to level them up and learn their distinct playstyle.

Genshin Impact has set a new standard for free-to-play titles when it comes to the sheer amount of content available to players without spending a penny. It was massive at launch, shamelessly aping Breath of the Wild’s ideas to provide us with a massive region to explore that aimed to tell an involving story with compelling lore and characters we came to love. We picked our mains and embarked on quests before the inevitably daily grind began to set in. But as the well ran dry we were promised major content updates, which would arrive in the form of entire new landmasses to conquer and new heroes joining banners millions were eager to roll for – even if they had to spend themselves silly to do so. 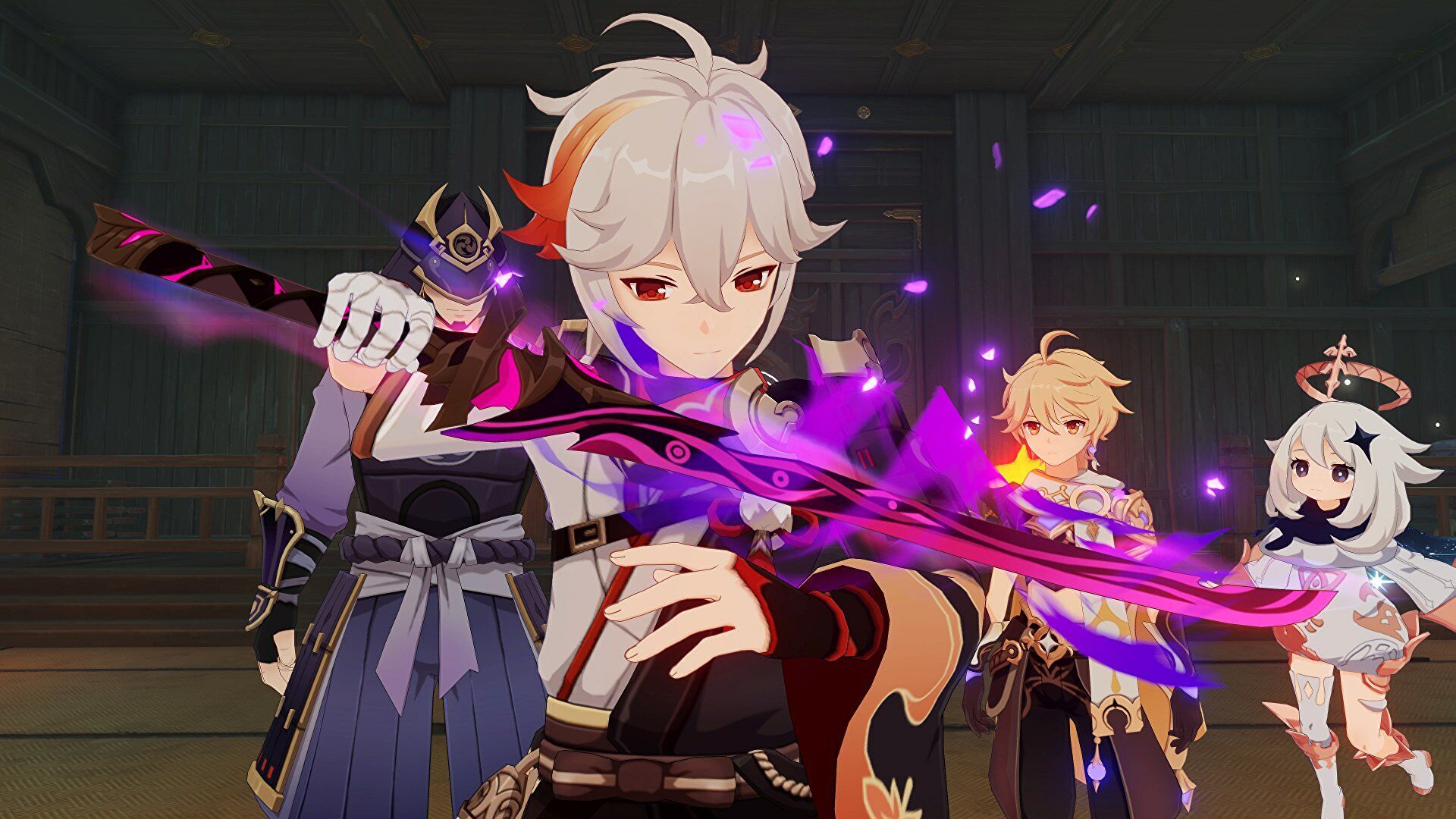 Before anyone jumps down my throat, I’m not discounting the depth afforded to combat and exploration. It plays beautifully on all platforms, and its combat manages to be speedy and satisfying while working in a commendable amount of depth with its focus on elemental powers. Heroes from different backgrounds can combine the likes of fire, water, earth, and lightning to perform some truly devastating attacks. You are encouraged to experiment in order to achieve success, otherwise bigger battles turn into obnoxious grinds of repeating the same attack patterns again and again and again while ensuring your entire party isn’t wiped.

Daily quests are filled with encounters like this, but seasoned players have mastered how to finish them quickly and efficiently so nothing stands in the way of precious materials.

The main campaign features some memorable skirmishes and epic set pieces that help push forward the narrative, but I’ve already seen many of them, and nowI’ve been left behind because the game is seldom interested in making those the focus. Unless you’re a lover of the lore and really keen to delve into the mystery behind Genshin Impact’s Archons and the culture that underpins its many states and cities – Mihoyo is always steering players towards the monetary hamster wheel that we’re all here for. Don’t say you aren’t – because you are. 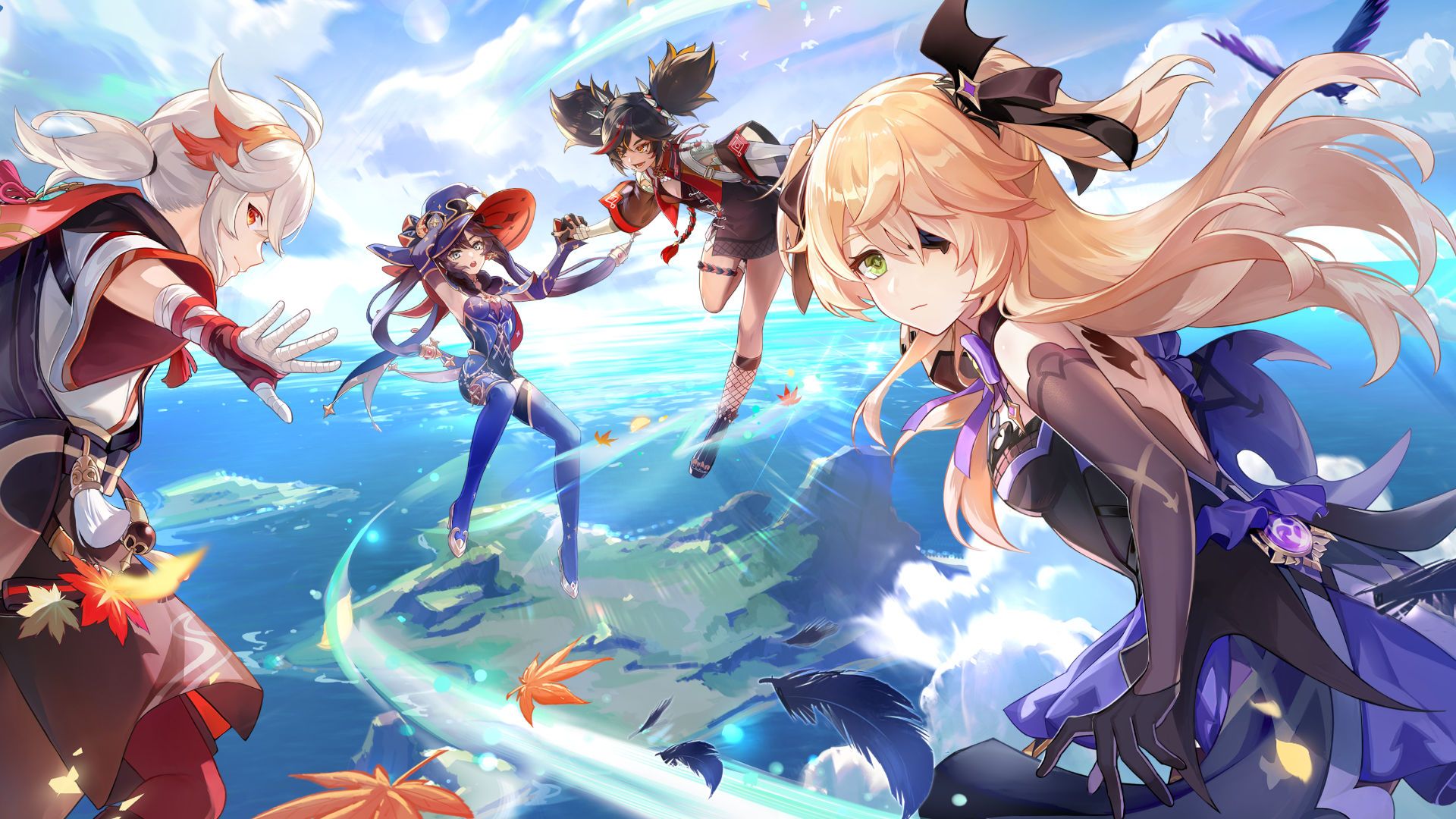 Character banners became the bane of my existence. I would save up thousands of primogems to prepare for the next big event, praying I’d earn the new character I had my eyes on with the riches I’d spent the past few weeks amassing. If I didn’t, I’d come up with a hollow justification to spend just a little bit of money to push myself over the edge. Yet instances like this pile up, and they did so with every major update until I was left going through the same motions over and over again. I wasn’t excited about each new patch because of the new gameplay systems or opportunities to explore, I was happy the slot machine had been restocked with new goodies and I now had a chance to try my luck.

So many gacha games are like this though, and keep us on the hook with the promise of gorgeous premium drops that are always the core focus of marketing over more or less anything else. After watching the game operate over the past couple of years I’ve earned a right to be cynical as I turn my back on it. I’m painfully aware of how games like this take advantage of those who are willing to do anything to earn a character they’ve become infatuated with, even if it means dedicating far too much time to a grind that is designed to take forever because the game wants you to spend money. That’s the gateway drug, a realisation that taking the easy way out will result in potential returns. Even then it all relies on luck anyway, so spending hundreds might not even help in reaching your objective. 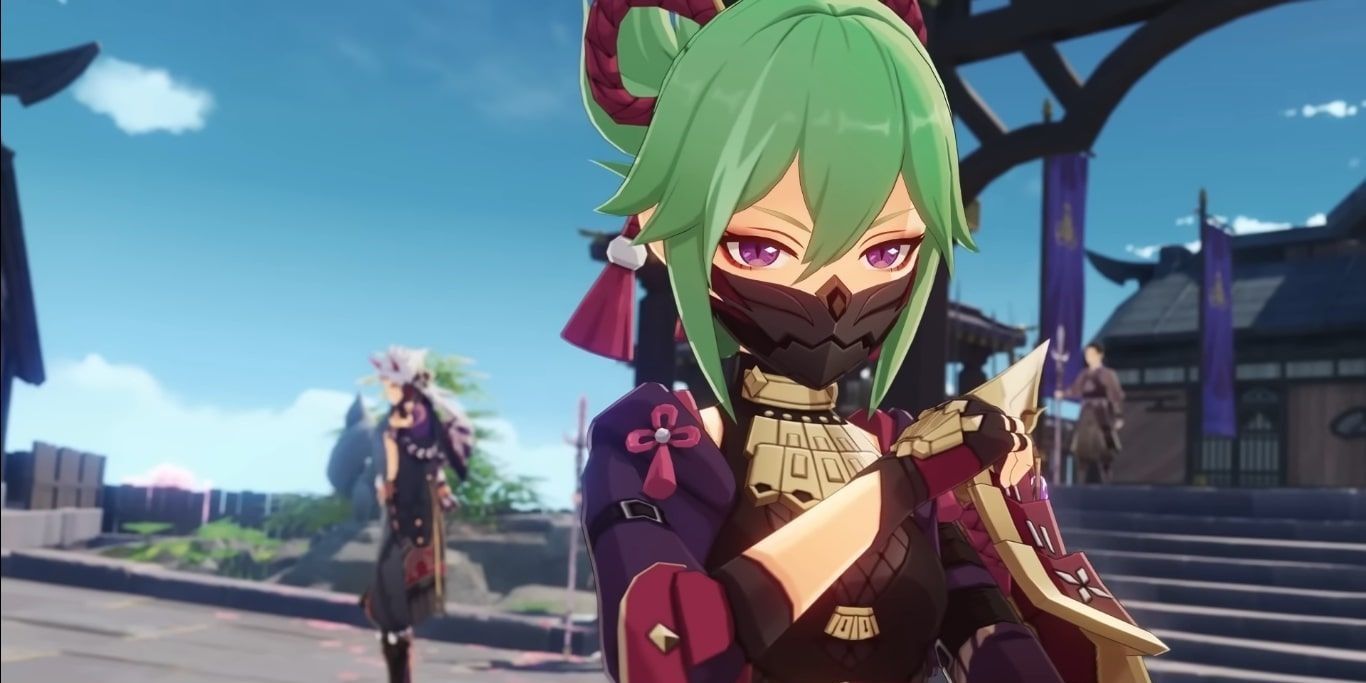 To this day I haven’t come across a Genshin Impact player who, with complete conviction, can tell me they’re in it for the gameplay. Even if they were, it is all designed to serve the anime girl slot machine residing at its core. Every minute of exploration, every battle fought, and every quest completed results in experience points and resources that inevitably feed back into a rotten economy that tries to justify itself through jaw-dropping visuals and a level of value few freemium games can match. It’s a stunning achievement, and one I understand the continued appeal of, but it isn’t for me, and please don’t fool yourself into thinking you’re here for anything other than pulling characters while hoping for that sweet dose of serotonin.