You are here:
Home / Doctor Who: The Edge Of Reality trailer stars Jodie Whittaker and David Tennant

Doctor Who: The Edge Of Reality trailer stars Jodie Whittaker and David Tennant 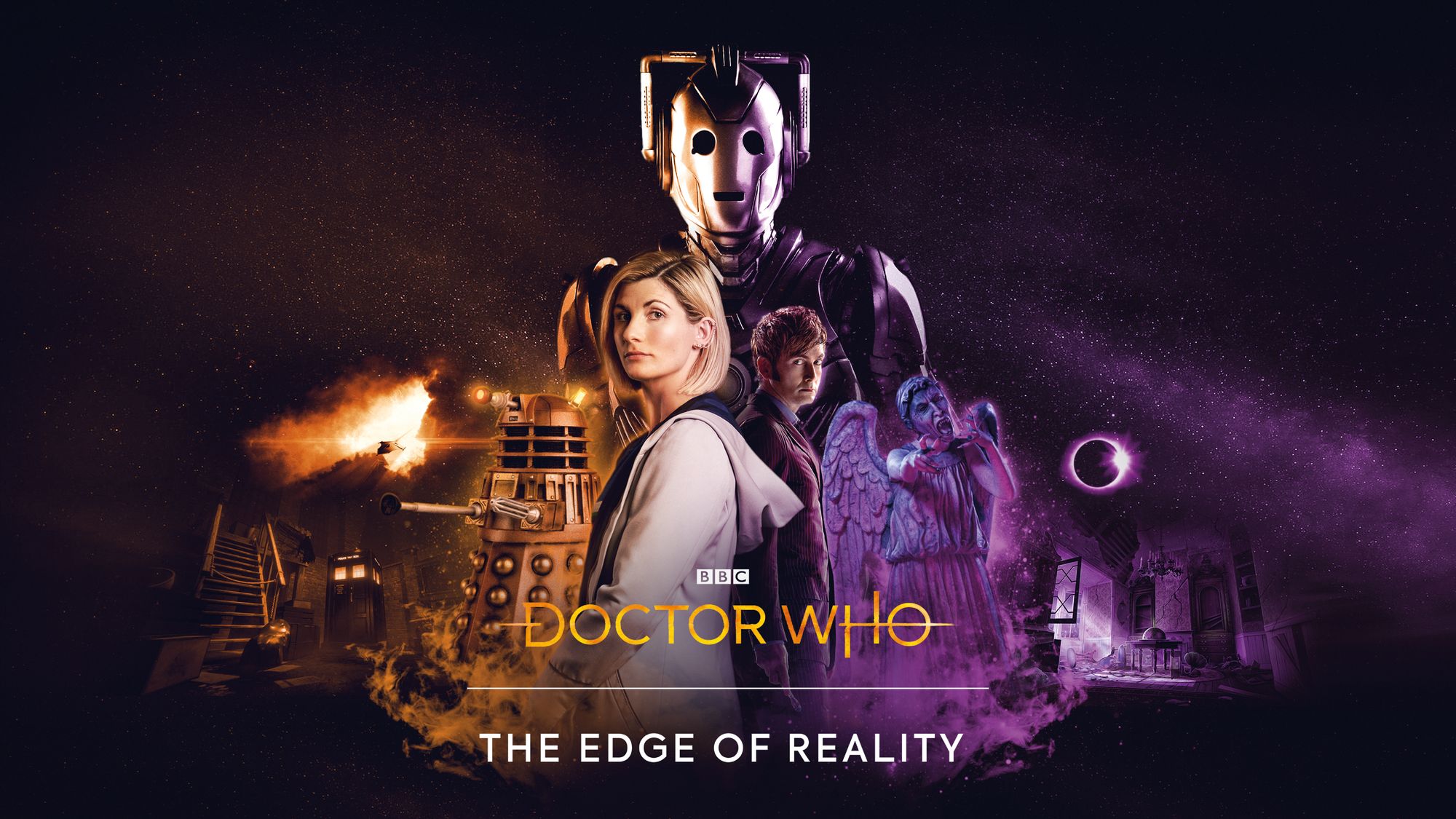 Doctor Who is getting a new video game for consoles and PC and it’ll be out this September with two Doctors for the price of one.

Whatever you think of the last few seasons of Doctor Who, and judging by the audience figures that might not be very much, almost everyone seems to agree that Jodie Whittaker is great in the role.

Get her away from the ponderous scripts she’s been saddled with and she’d no doubt shine even brighter, which was exactly the case in 2019 VR game Doctor Who: The Edge Of Time.

Since it was only available in VR most people didn’t get a chance to play it, so now it’s being reimagined and expanded as a normal first person game called The Edge Of Reality.

The original VR game featured Daleks, Weeping Angels, and a couple of new monsters but the trailer below clearly has Cybermen in it as well.

What the original game also didn’t have is David Tennant, but he will also be in the game this time, although likely in a smaller role than Whittaker.

The idea behind the original version is that you’re playing as a would-be assistant, following advice from The Doctor and usually only seeing them in holograms and the like. Although of course that might have changed this time round.

What else might change is unclear at this stage, but while it featured a lot of good stuff – including some genuinely scary moments with The Weeping Angels – the original VR version suffered from a weak plot and dull puzzles. It was also too short, but that at least sounds like it’s going to be fixed this time round.

Doctor Who: The Edge Of Reality will be released on September 30 for Xbox One, PlayStation 4, Nintendo Switch, Xbox Series X/S, PlayStation 5, and PC.