The master of hugs, Grappler is the character with the most command grabs in DNF Duel. This martial artist excels at close distances but also has other tools that will make him a menace in medium ranges.

Grappler’s unique gimmicks make him different from the rest of the roster, asking you to press (and hold) buttons in a much more varied way than his rivals. In this guide, we’ll tell you how to play as Grappler, giving you some quick tips and tricks for your fights. 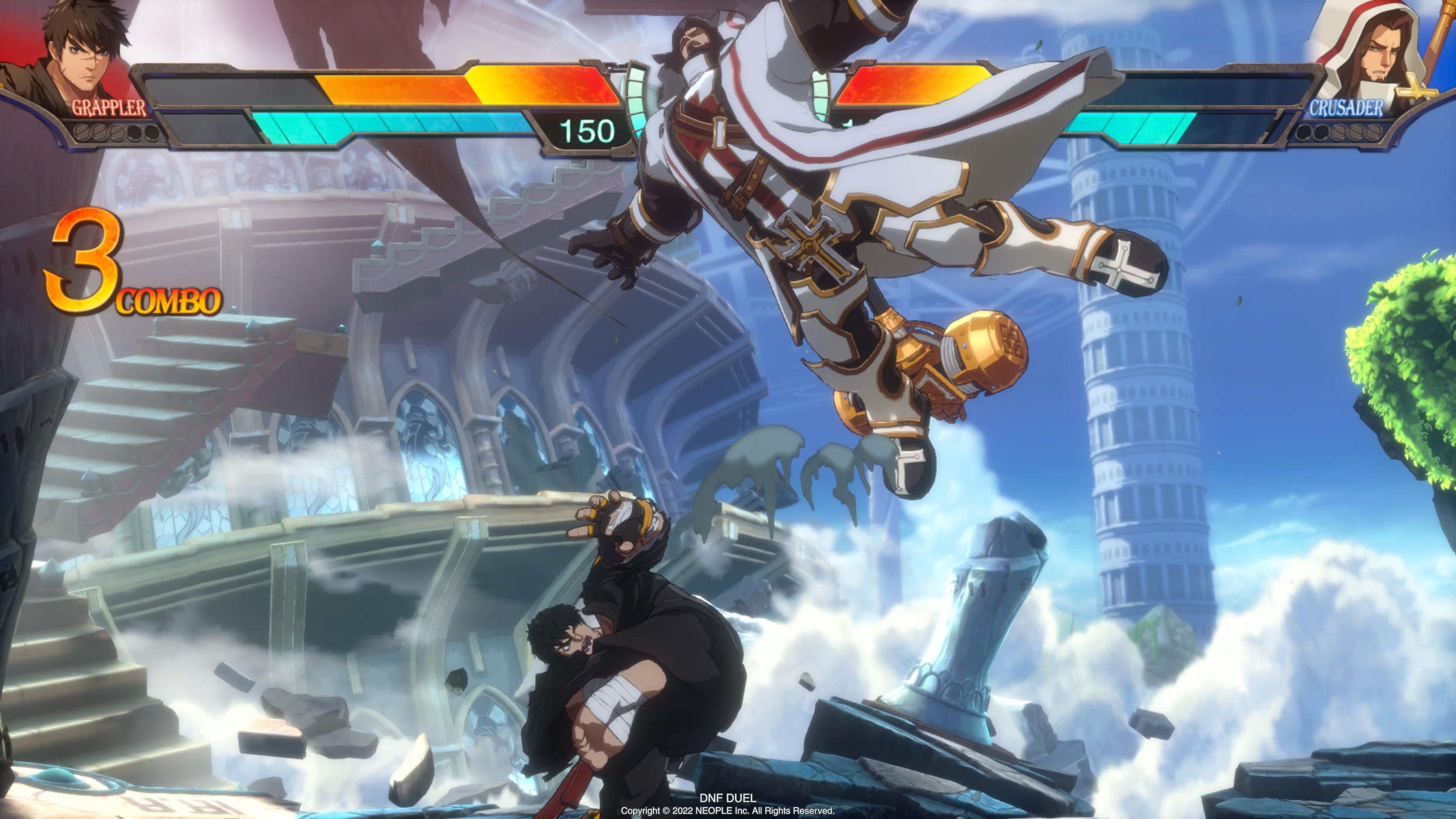 While this isn’t the only fighter with command grabs, he’s the one that has the most and his playstyle goes around it. Of course, you could just avoid them and play using his stampedes and strong kicks, but you’ll be missing one of the two things that makes him unique — and one that is pretty useful.

The other main feature from Grappler, which also makes it a different experience to use when compared to others, is that you can charge almost every Skill and MP Skill he has — his parry is the only thing that can’t be charged. Charging a move not only increases its damage, but it can also have an additional effect like leaving your opponent in the air, ready to be followed up with another move.

While charging attacks is easy (just holding the attack button you need, you don’t have to hold the direction too), creating combos is another story. You’ll learn that you only need a second to charge the move you want, and you’ll have to do it in a precise manner in order to prevent your enemy from recovering. 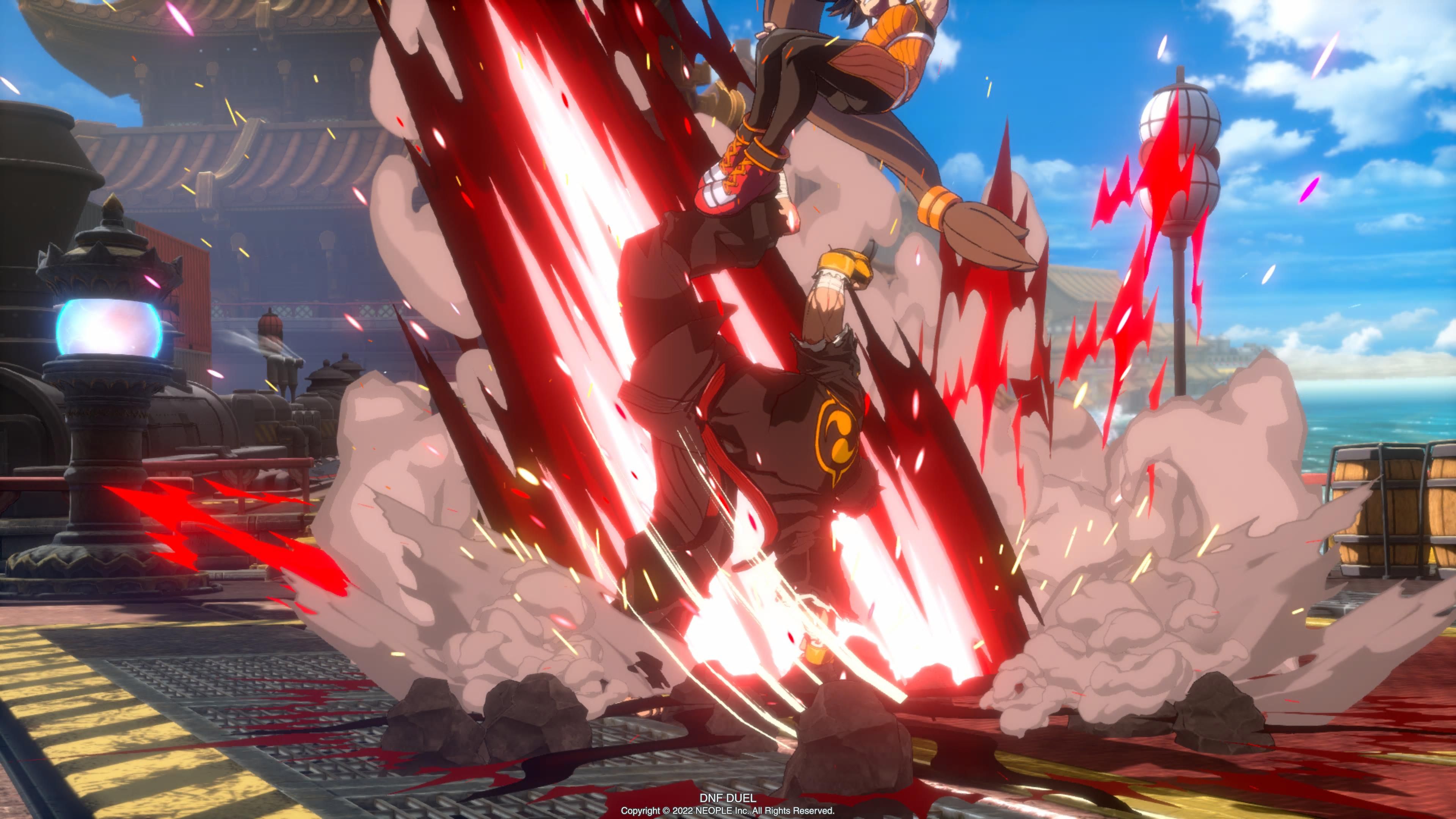 Fling (Skill Attack) and Air Steiner (Skill Attack + Left) are the basic tools that you want to master the most with Grappler. The first one is a command grab that leaves your opponent in the air and forces them to knockdown when charged. And that’s not all, this command grab can be used in the middle of a combo if you’re timing is right, which doesn’t happen with regular grabs.

Fling also has armor when charged, which means that your move won’t be interrupted even if you get hit once. The enemy needs to attack you quickly with more than three hits in order to break your armor. However, you’ll receive damage.

Air Steiner works as a grab in the air that kicks your opponent to the ground. It has a precise timing that might make it hard to combo into during your first matches or practice sessions with the character, but the damage outcome it’s worth the training.

The rest of Grappler’s big moves are found in his MP Skills. For example, Magnumsault (MP Skill Attack) is a fantastic kick slam that starts on the ground but goes to the air before touching the floor again. You should try to combo this one while the enemy is in the air. Also, you can hit enemies in a knock-down state, which is a big plus. 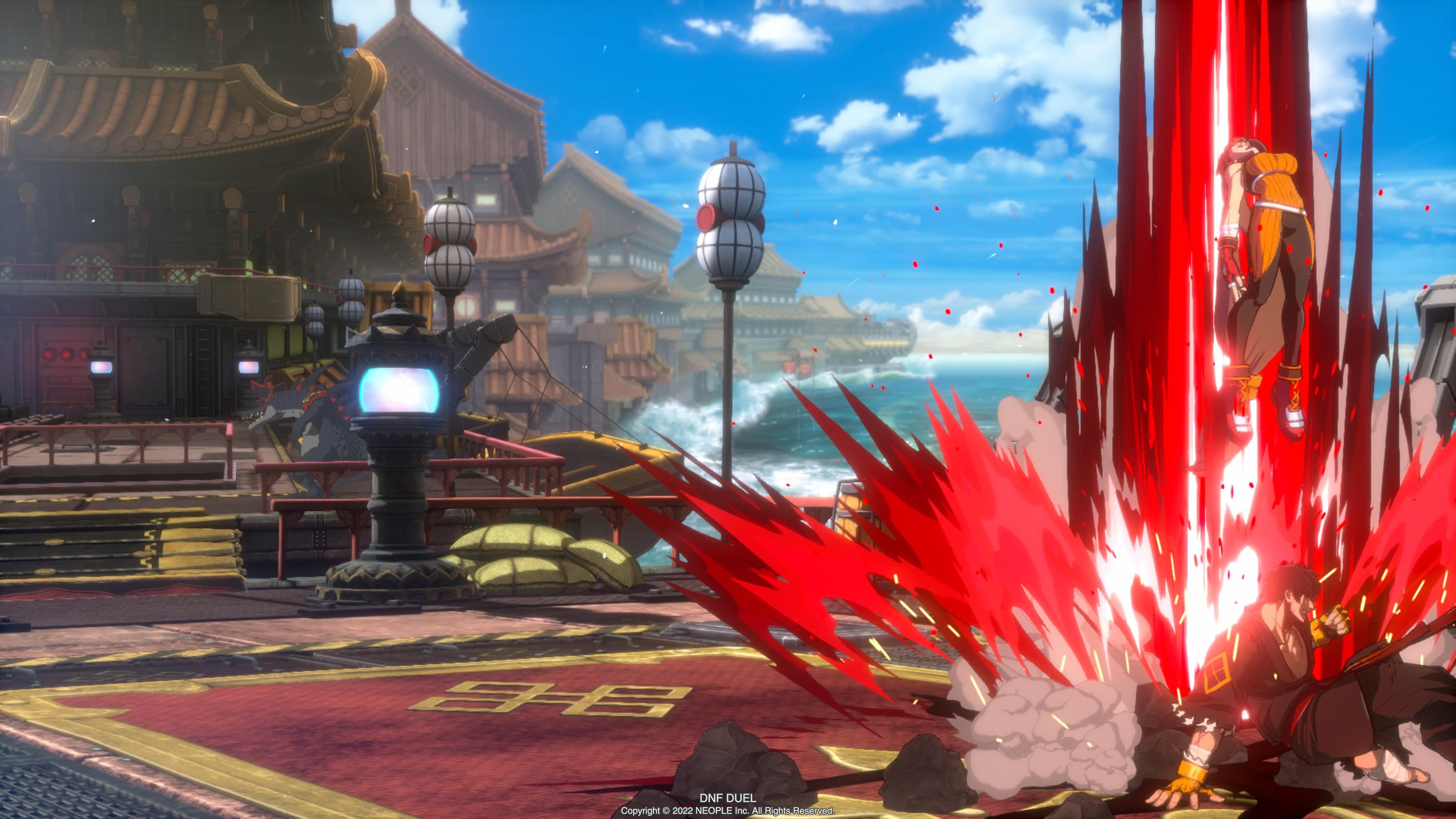 On the other hand, Shoulder Tackle (MP Skill Attack + Right) is an excellent poke, link, finisher, and punish. This is basically a stampede attack that works so well because it can gain armor when charged. Part of your essential game plan should be getting close to your rival with this move and then going for your command grabs. Don’t let your opponent breathe and keep getting close to them with these moves.

Furthermore, Shoulder Tackle is an excellent choice to hit an enemy in the air, even if the timing for the charged version can be tricky. 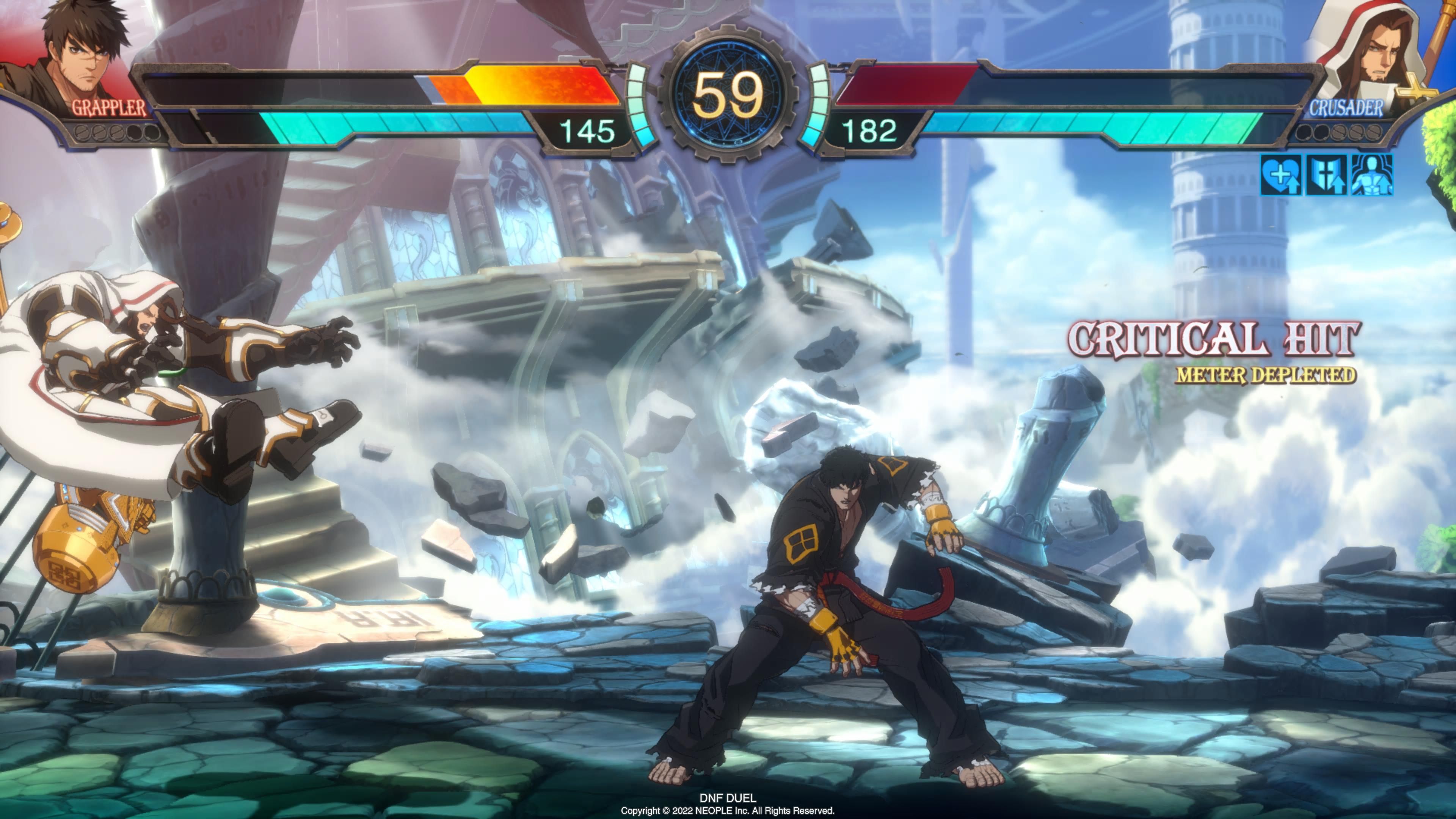 Finally, Grappler has a unique defensive move that not all characters have: a parry. Seismic Crash (MP Skill Attack + Down) is parry, which means that you’ll counterattack and repel most of your enemy’s moves with a strong punish. Nevertheless, Seismic Crash, like almost any parry in a fighting game, requires a lot of practice. You have a very brief window for activation, and you’ll have to learn how to predict your rival’s moves. 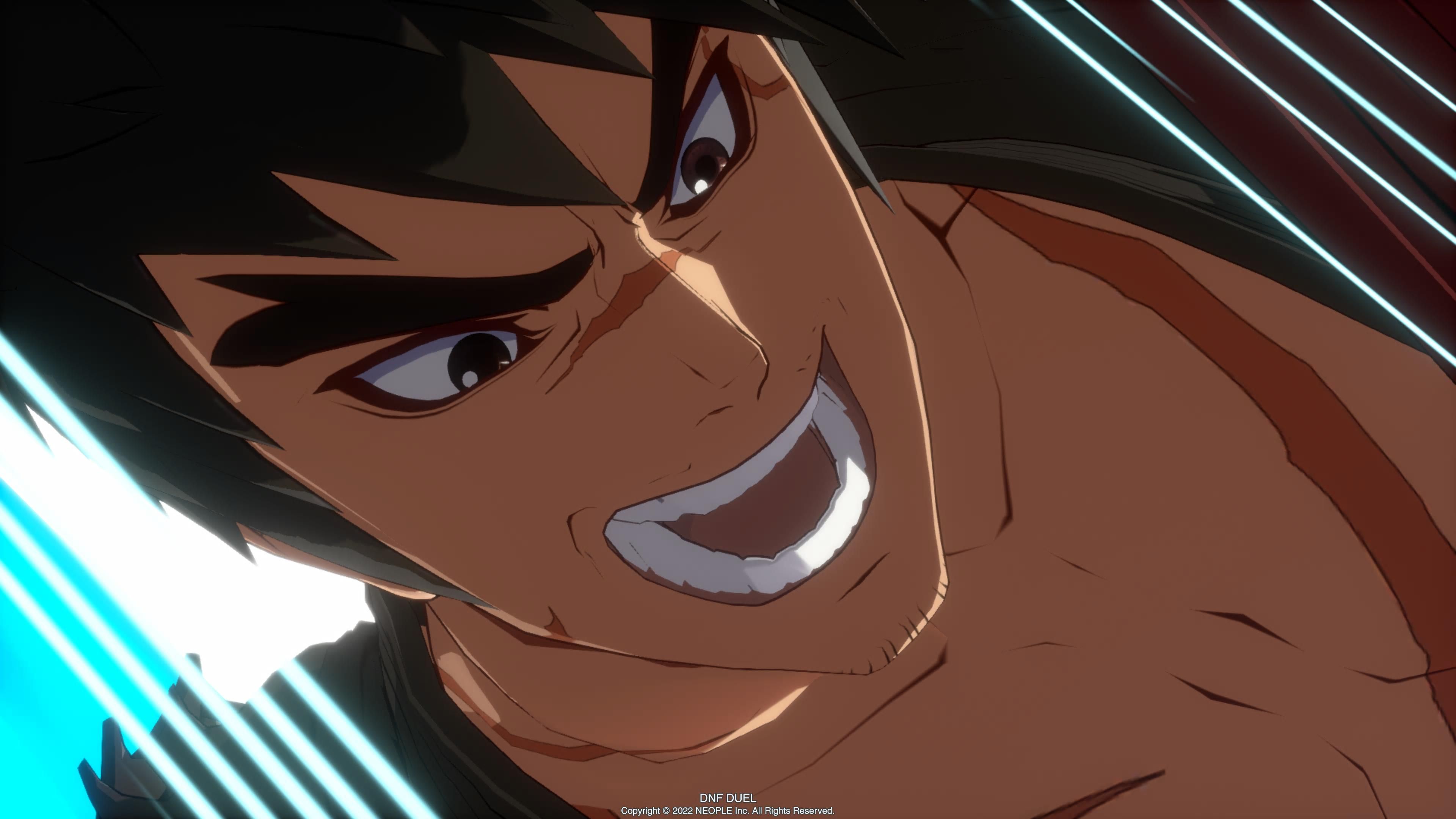 A character with grabs and attacks with armor should have a tanky Awakening Effect, and that’s exactly what Grappler has. Iron Physique greatly reduces White Damage when blocking. This means that you’ll have more chances to go for grabs and get near your rival. It’s a useful resource that encourages you to use the character’s best tools.

Sole Bearer: Quaking Tiger (Awakening Skill) has a unique feature: it’s an ultimate grab that you can hold, and the enemy will be attracted towards you while holding the button. It’s a special ingredient that will help you shorten your distance with the rival and secure your victory.