While Dislyte has quite a good learning curve through its storyline and tutorials, there is a lot of information to take in – so it is easy to miss or forget some processes. There are lots of currencies and different stores, as well as ways to trade in or upgrade items and Espers you have and don’t need. It can get a little overwhelming.

One form of transfer that can get overlooked is Resonance. It doesn’t take long before you have multiple copies of some basic three-star Espers, which can easily just mount up in your Esper list while you concentrate on cooler things such as Relics and levelling up your favourite heroes. But you could be missing out on some serious bonuses.

What Is Resonance? Sacrificing Duplicate Espers 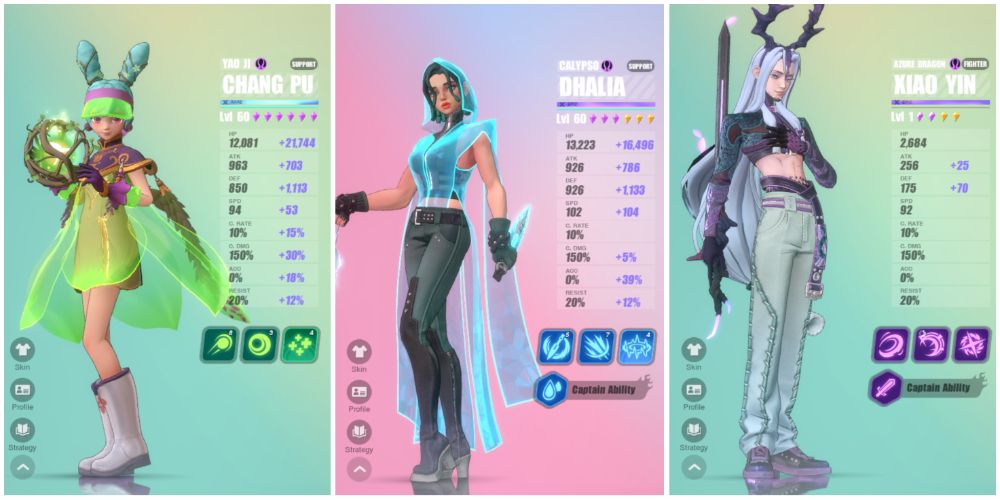 Resonance is a way of improving the stats of an Esper by sacrificing duplicate copies of it. There is no harm in sacrificing duplicates because you can only ever have one of any Esper in a squad. You should concentrate your efforts on maximising the abilities and levels of one of each Esper that you think you’ll use in your squads.

Each time you use Resonance, you will gain energy you can spend on improving that Esper’s stats. The amount of energy is dependent on the Esper’s rarity: four for Rare (Three-star), five for Epic (four-star), and six for Legendary (five-star). Regardless of rarity, each Esper can only use Resonance six times.

What Other Uses Are There For Duplicate Espers?

There are two other possible uses for duplicate Espers:

How Does Resonance Work? 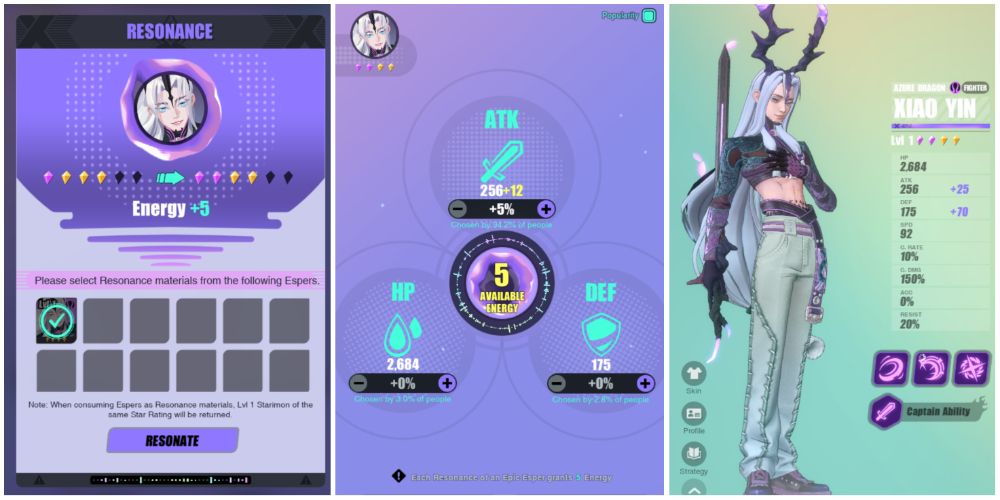 Click on the Espers tab on the central home screen and select the Esper you’re currently levelling up that you have duplicates of. Choose the Growth tab and then click Resonance.

You’ll see a circle in the centre of the screen that will tell you how much available energy you have. Around this circle will always be the same three stats: ATK, DEF, and HP. These are the only stats you can raise through Resonance. Click the middle of the central circle to be taken to the Resonance materials screen. If you have any matching Espers available, they’ll be pictured in the square boxes in the middle of the screen. Click them to add them as Resonance materials, then click Resonate.

In addition to the stat increases, you’ll also receive a Starimon of the same rarity level. This is a great way to get these valuable levelling resources essentially for free.

Which Stat Should I Improve?

Choosing whether to advance STR, DEF, or HP is very much a personal preference, but some Espers will benefit more from particular stats. You can spread the points out as much as you like between the three stats, and you can reset your choices for just 20 Nexus Crystals if you change your mind later – no matter how much you’ve Resonated the Esper. Also, underneath each stat, it shows what percentage of other players improved each stat for each Esper, which is a good guideline. But have a good look at their abilities before you choose.

This is a percentage increase based on the Esper’s base stat. So, when choosing, you’ll get a higher reward from stats with a higher base score.

As a general rule, STR is good for DPS Espers as it tends to enhance damage output. However, many Espers’ damage is also predicated on a second stat. For example, tanks such as Ren Si and Donar rely more on DEF for damage than they do ATK. Also, be careful of characters such as Chalmers and Lauren, who lose a certain percentage of their HP when using their main abilities. It makes more sense to increase the DEF on these Espers rather than their HP.

After you’ve resonated an Esper, one of their golden diamonds will become purple (on the right of their portrait in the Esper list, below their element colour, and below their name). This gives you a good idea of which Espers can still be resonated and should help you not resonate a duplicate Esper by mistake.

Remember you can also ‘lock’ an Esper by clicking the padlock in the extended menu of icons on the left of the Esper’s screen. Again, this will stop you from accidentally sacrificing an Esper you’ve started resonating but haven’t yet levelled up.