Disgaea 4 is a pretty fantastic game. If it only starred Valvatorez, it would have been memorable enough, but it didn’t. It also had a bunch of memorable supporting characters that helped sell the game. One of those characters is the “Prinny”, Fuka. Naturally, she makes a cameo in Disgaea 6 as well.

Fuka is an interesting character in general, and not just in Disgaea 6. In this game, however, she brings an interesting mix of Specials and Evilities that make her stand out from the crowd. Many DLC characters end up being a little underwhelming, but Fuka is different. Let’s see why that is. 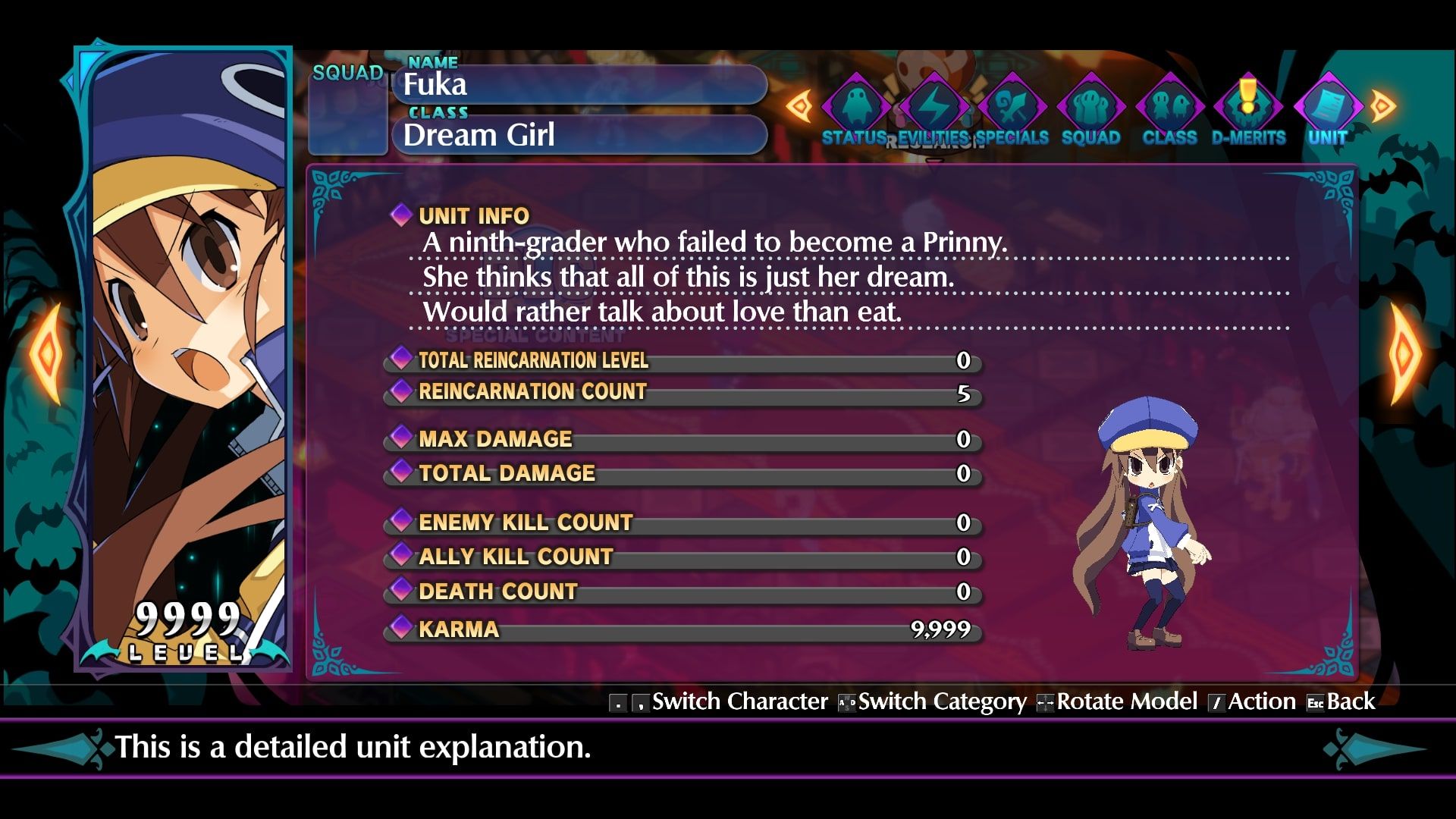 Fuka is dead. She died at some point and was sent to Hades to become a Prinny. Unfortunately, they had run out of “Prinny hides”, so they gave her a hat instead. Fuka refuses to believe the reality of her situation and insists her entire existence is a dream. 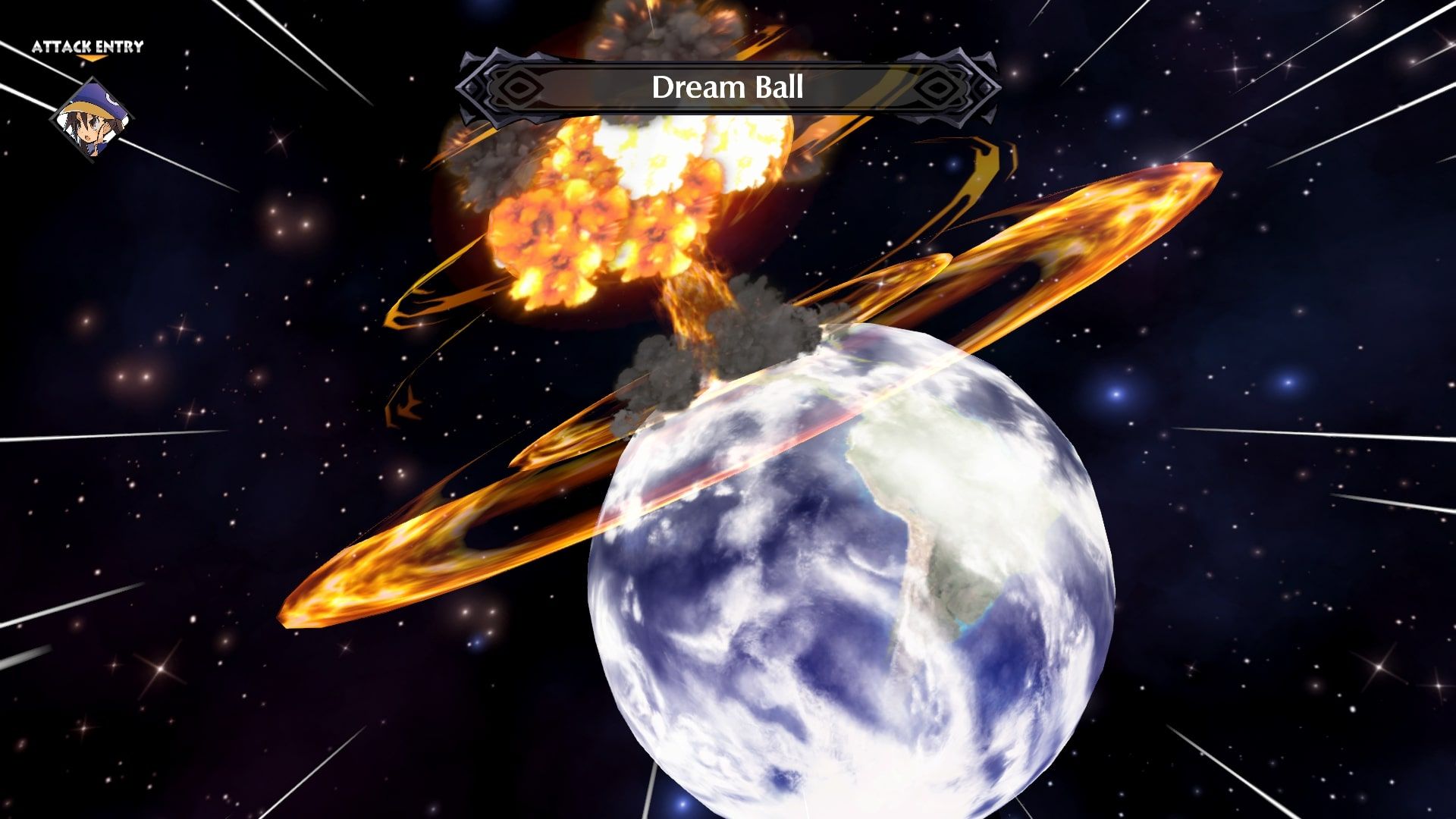 Fuka is a beatstick who can smack people around from just about anywhere. She is also surprisingly tanky, making her a pretty good brawler. Throw in a few interesting specials and you have an interesting character who could slot into most teams.

What Weapon Does Fuka Use? 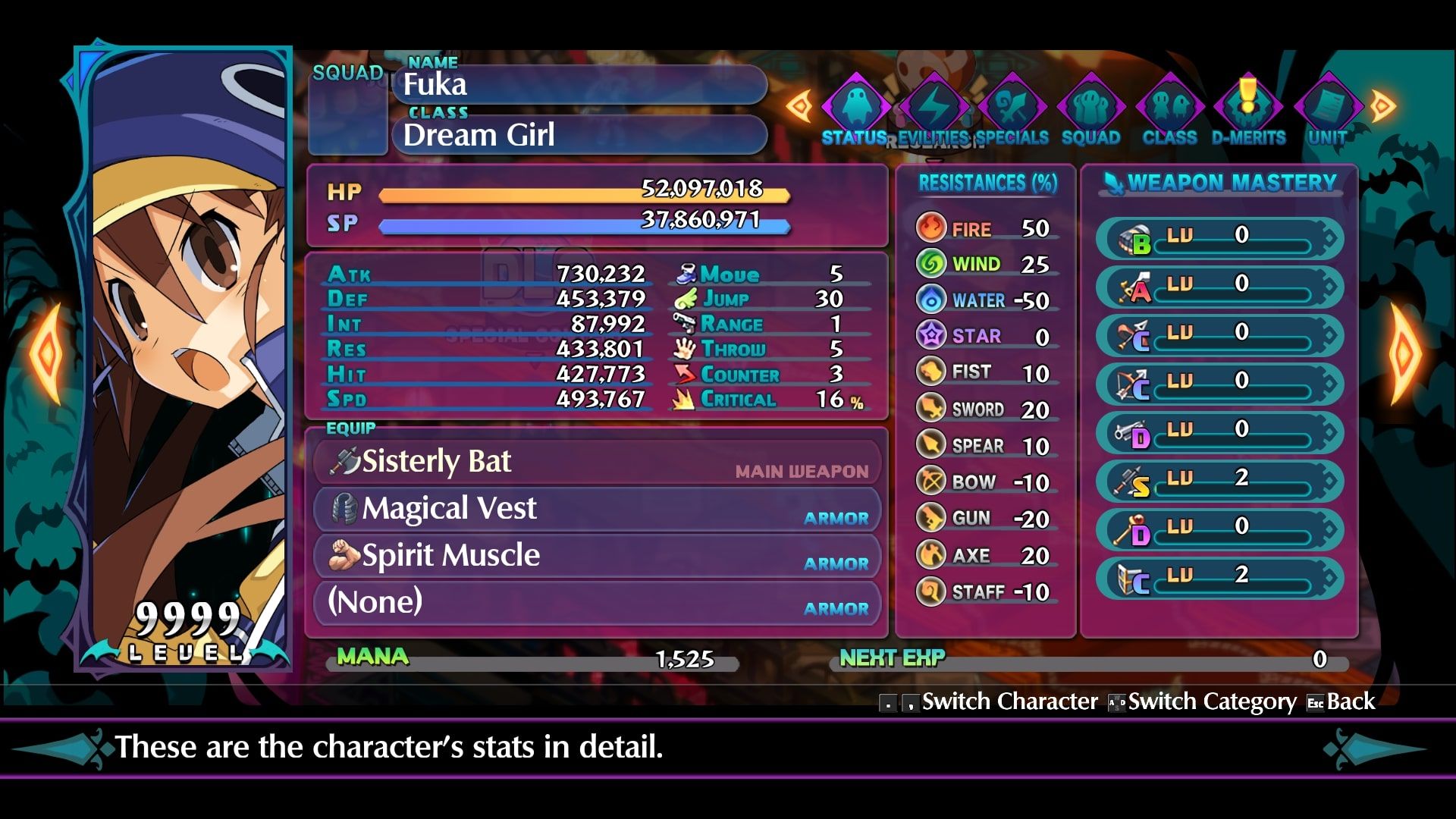 Fuka is designed to use one weapon, and one weapon only.

Of course, we want to be using Axes. That S Rank is too good to pass up. 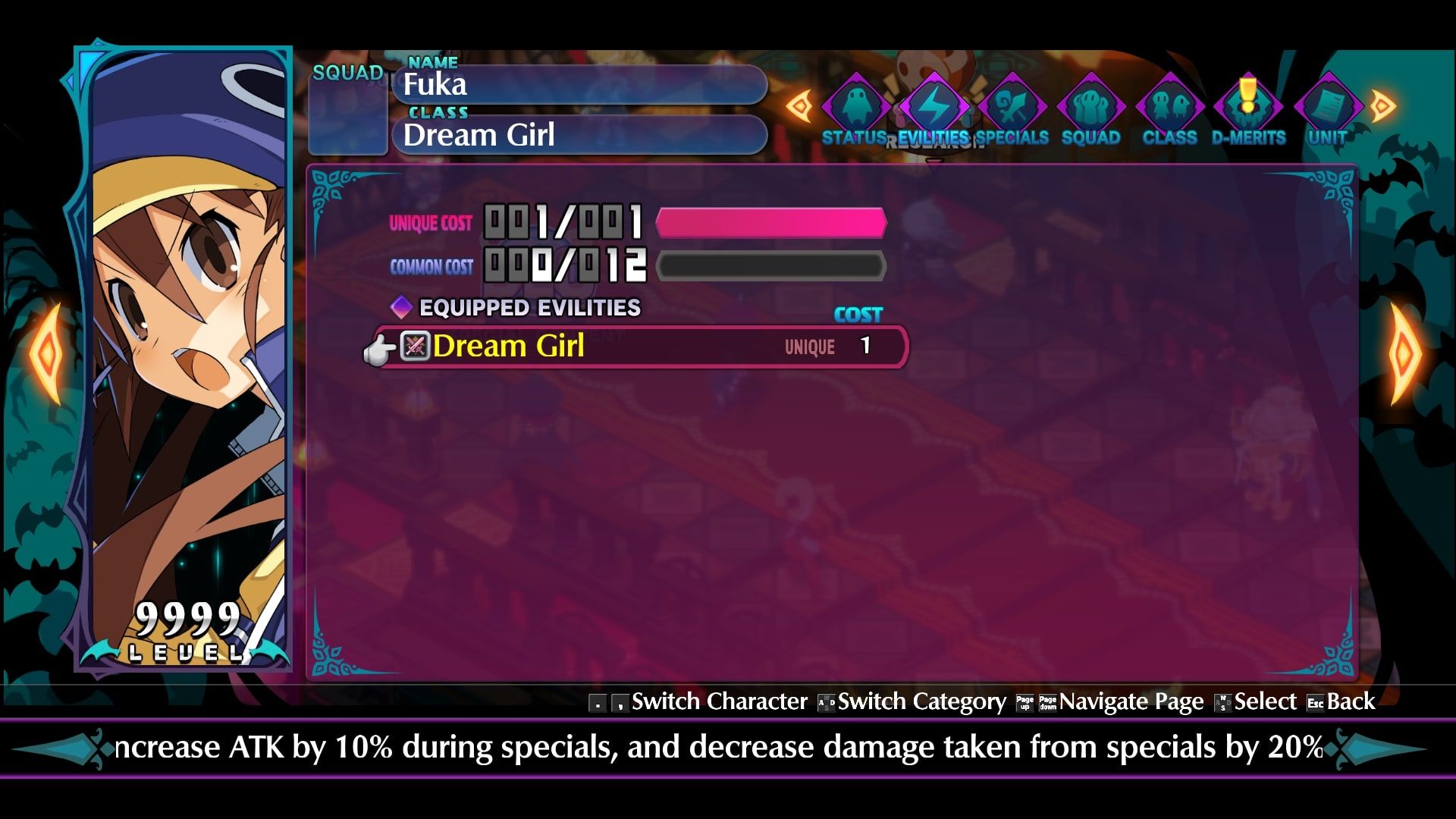 Fuka has one unique Evility.

This Evility is good. The ATK increase is always nice, and being able to tank enemy Specials is a great bonus. This is especially good if you are being hit by AOE attacks since these tend to do less damage anyway. It allows Fuka to operate just behind the frontline and not risk getting deleted by a more explosive enemy. 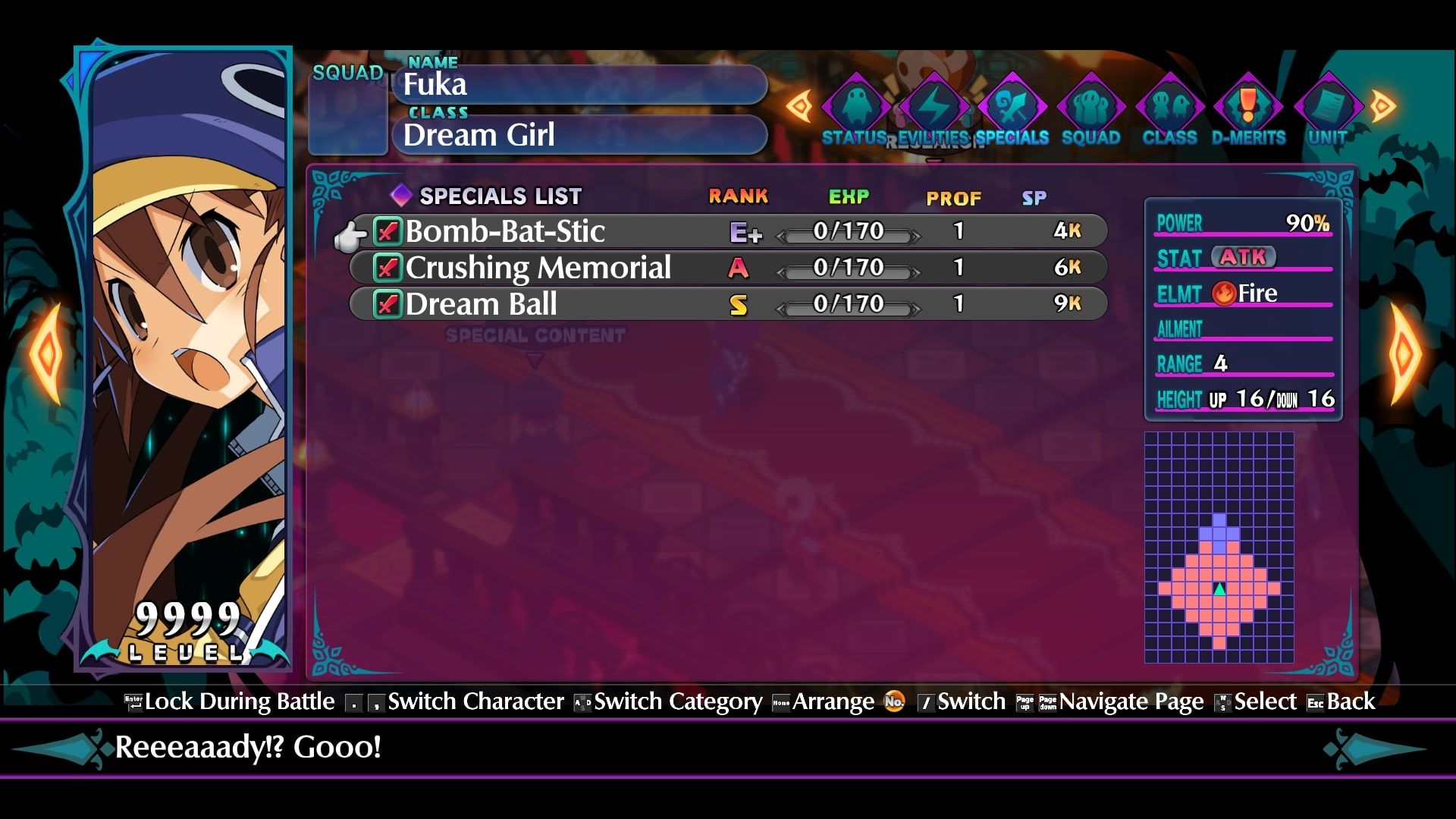 Fuka has two really powerful specials in the form of Crushing Memorial and Dream Ball. Crushing Memorial is a single-target attack with a great range. The ailments it applies are also really strong, letting Fuka handle bosses with relative ease.

Dream Ball, despite being an AOE, is stronger than Crushing Memorial, however. That S Rank equates to a higher power in general, and that’s what this skill is all about. It has less range, and it doesn’t apply nasty ailments, but it does kill things very effectively.

How To Use Fuka 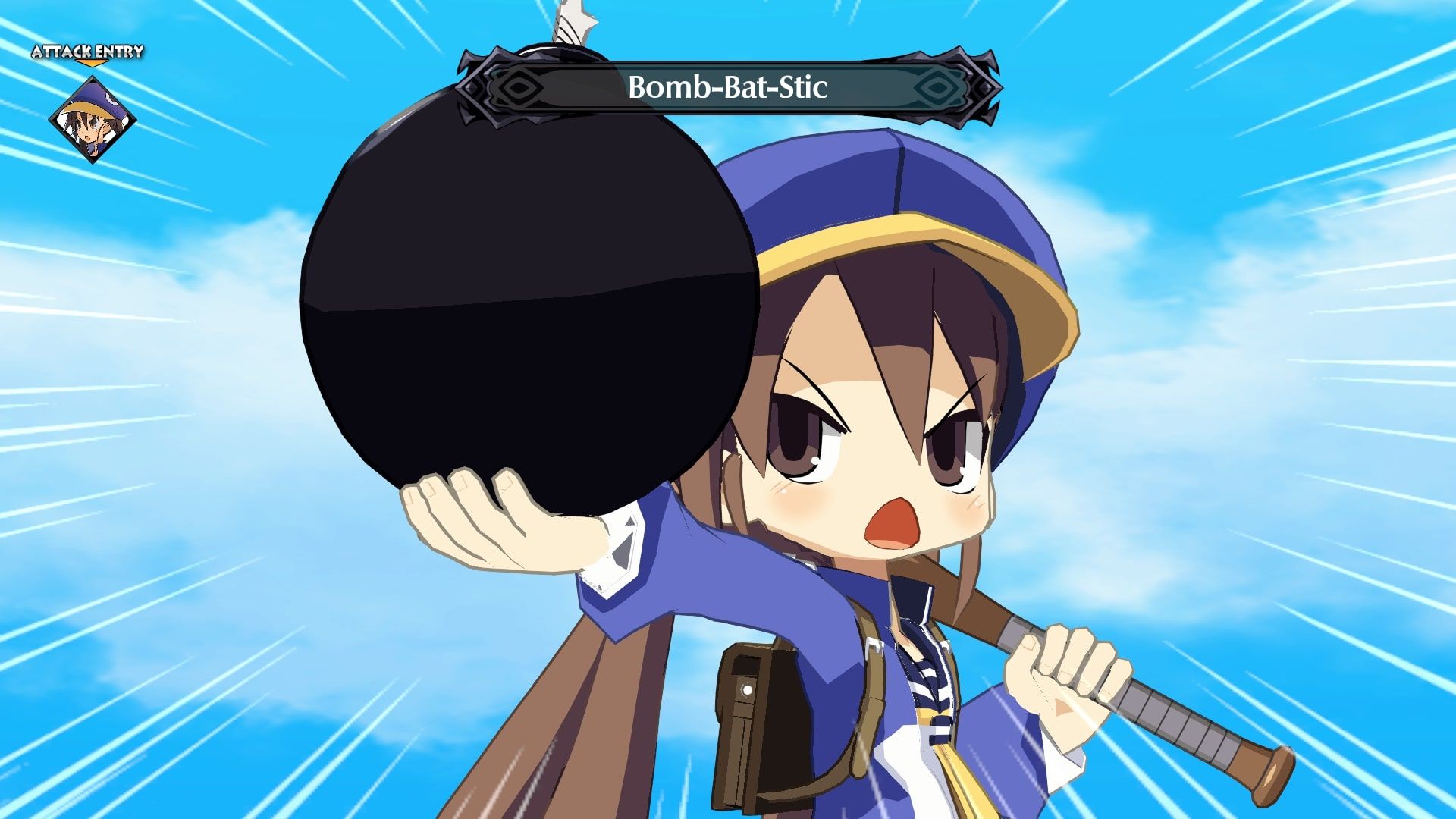 Fuka is great. She works best one line back from the frontline. This lets her use either Crushing Memorial or Dream Ball – both of which are fantastic. Fuka is simply a beatstick. She isn’t quite as effective as the likes of Killia, but she is still no pushover.

The only real downside is her gender. Fuka, being a female, does not benefit from the male-only buffs Melodia and Rozelin provide. She does qualify for the Flatty Squad, however, which helps offset that.