You are here:
Home / Disco Elysium: How To Get Past Measurehead

Disco Elysium: How To Get Past Measurehead

Early on in Disco Elysium, you’ll be told to speak to the head of the dockworker’s union and ask what he knows about the lynched man. Unfortunately, there’s a dockworker’s strike on at the minute and the dock is closed. Even more challengingly, there’s a huge racist called Measurehead that won’t let you use the nearby button to open the door to the dock.

If you’re struggling to find a way past him, this guide will give you all the possible routes past. We’ll avoid any spoilers outside this section of the game, but we will be mentioning some things you might not know about this area, so avoid the last option in particular, if you don’t want to learn anything else.

Where Do I Find Measurehead? 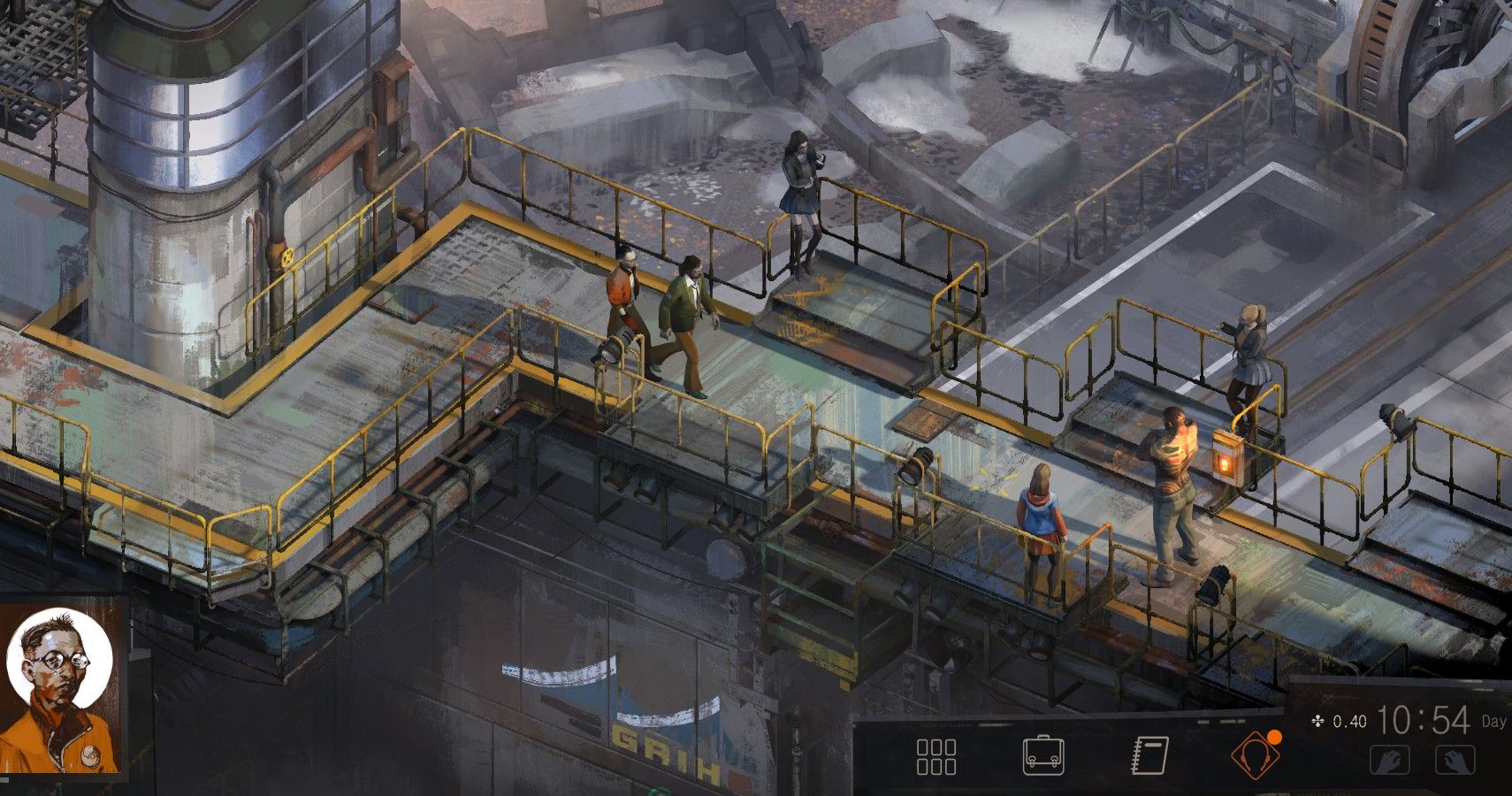 To find Measurehead, you’ll want to head east out of the Whirling-in-Rags towards the docks. Just down the road, you’ll run into the counter strike with people demanding the right to scab the protest. Next to that protest is a staircase with Call-Me-Manana watching over. Go past him and onto the walkway above.

Walk down and you’ll find a few women surrounding Measurehead standing intimidatingly in front of the button.

How To Subscribe To Advanced Race Theory from Measurehead 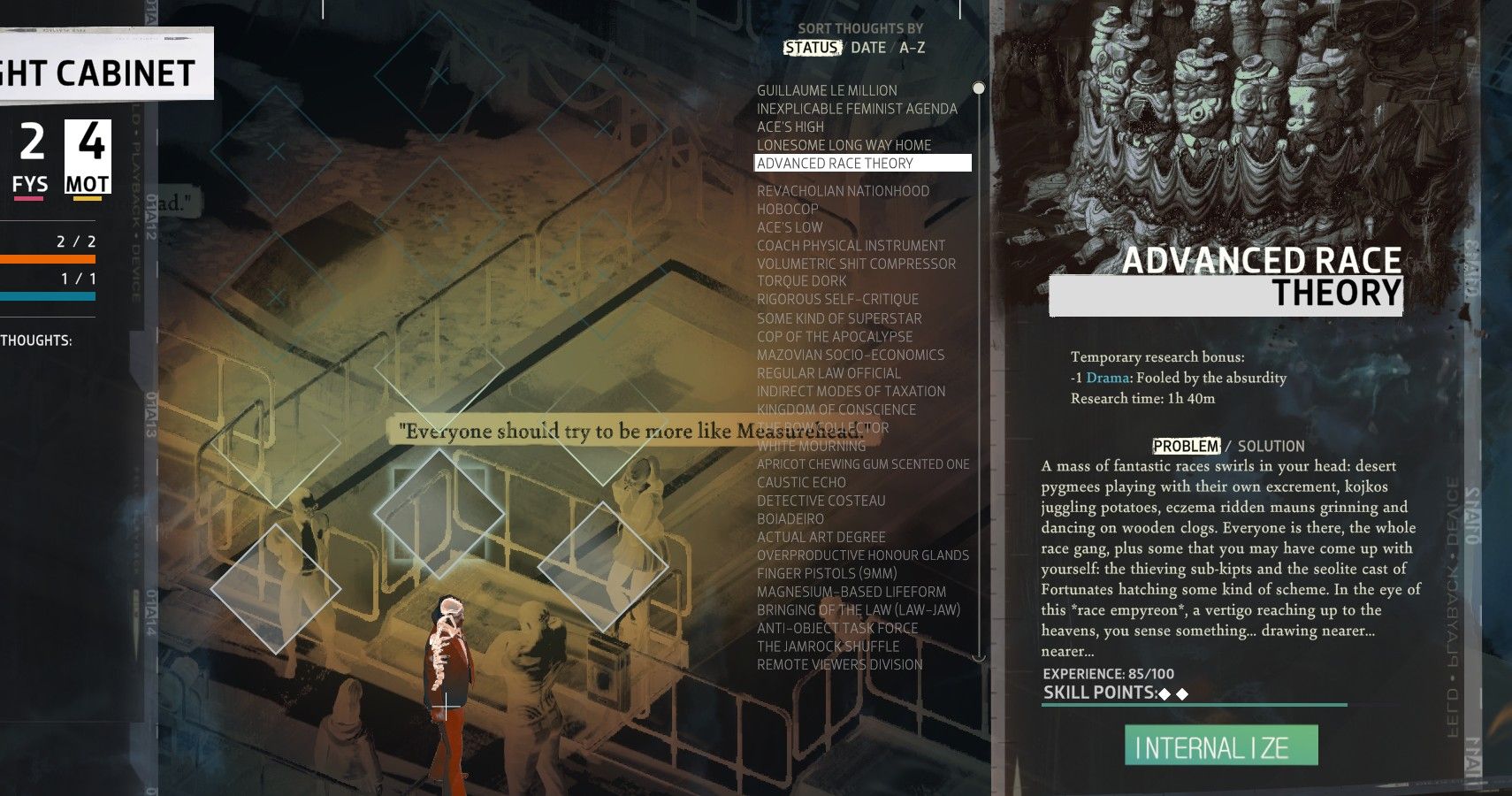 Measurehead will flatly refuse to let you into the docks, but will explain his reasoning in an overly technical, race-critical kind of way. It seems that you are the victim of AL GUL, and are therefore a degenerate.

One way to get past him is to agree with him and explore his thoughts on race. You’ll have to pass a Conceptualisation check to even begin to comprehend his often-contradictory tirade. This is something the game doesn’t really want you to do, so you’ll have to endure a lot of his theories to begin this journey into his racist thoughts.

It’s the easiest route practically but you’ll have to listen to and say you agree with, some incredibly bigoted and fascist views. Once you’ve survived the racist dialogue tree, you can start subscribing to his views.

Apparently, listening to him isn’t enough, you’ll also have to internalize the thought in your thought cabinet. To do this, open it up and select a free slot, then select the Advanced Race Theory. This will take an hour and forty minutes of in-game time to complete and will give you -1 to drama while it’s internalizing.

After you’ve become a racist yourself, you’ll get a +1 to Conceptualization and can return to Measurehead to speak to him again about your newfound ideology. After listening to your new knowledge of fascism, he’ll let you through to the docks.

Thankfully you can also spend a skill point forgetting the racist drivel you’ve learned once you’re past him. 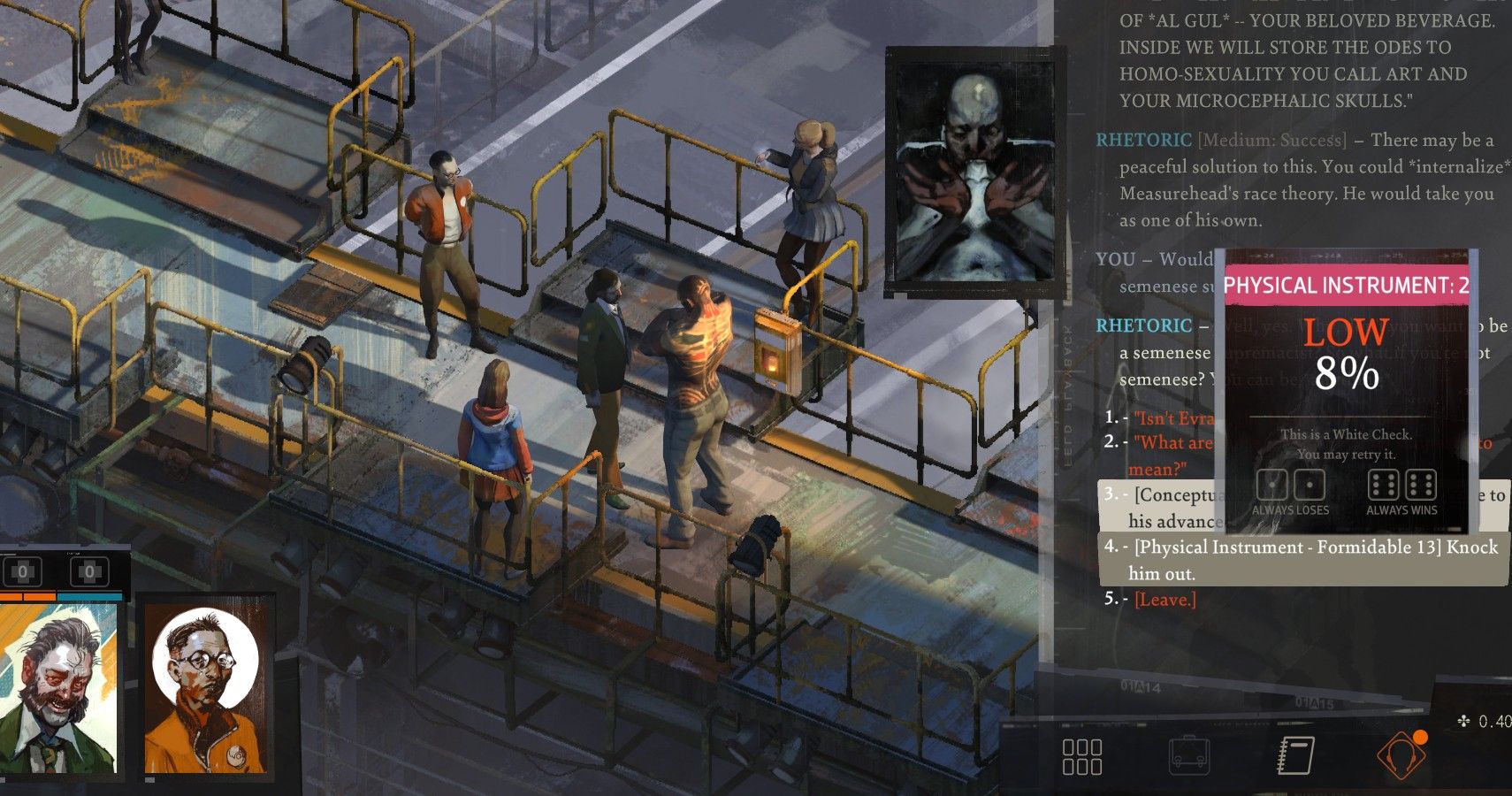 If you don’t want to be a racist, even briefly, and you happen to have a lot of points in Physical Instrument, you can always overpower Measurehead instead.

After introducing yourself to him, you’ll have the option to punch him instead of agreeing with him or walking away. It’s not an easy check though, so you’ll probably need to have started as a particularly burly detective since Measurehead is probably one of the first obstacles you’ll come across.

Disco Elysium is a game all about embracing and adapting from failure, but if you’re determined to knock him out, you might want to save beforehand, should it fail. Because this is a white check, you can also retry the roll every time you put another point in Physical Instrument.

Once you’ve landed a solid blow on him, you get to decide how to finish the fight and can then push the button and be on your merry racist-punching way into the docks.

However, there is another final option below for getting past him without internalizing any racist ideology or getting into a fight for if your detective is more of a lover than a fighter. 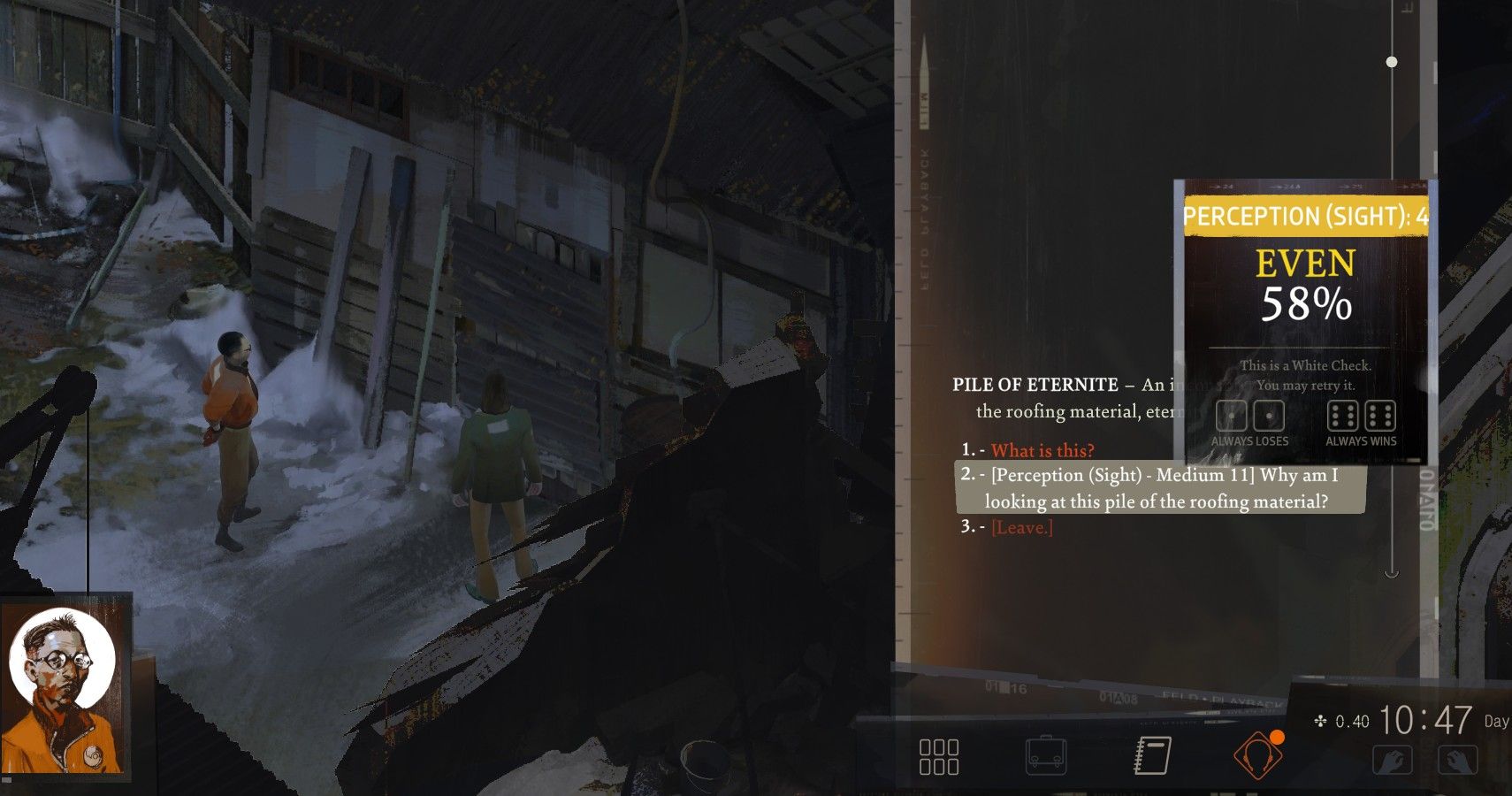 If you want to avoid Measurehead altogether, you can always find another way into the docks. Instead of heading to the main entrance, go back around the Whirling-in-Rags to where the body is/was.

Go past the tree and the little greenhouse until you come to a small structure in the corner with a boarded-up door. Opening it requires you to pass a Medium difficulty Perception check, but when you pass it you can go into Cuno’s secret room. 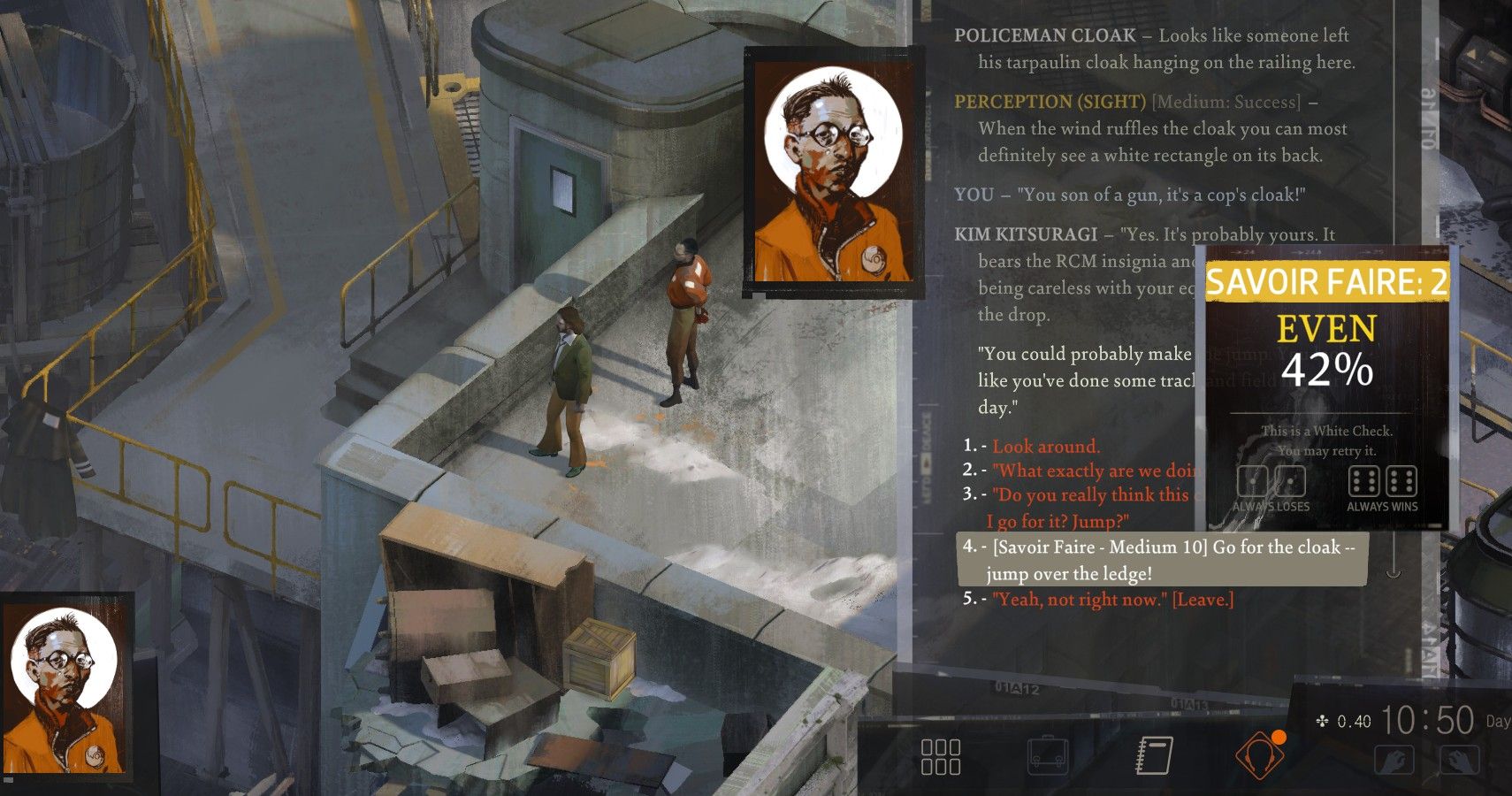 Once inside, there’s plenty to look at, especially if you’re trying to get to know Cuno a little more, but to get into the docks you’ll want to take the ladder on the left-hand side up to the roof. From here you can walk around until you make it on top of the white roof to the right of the hatch you came through, but there are a few things to look at as your clambering over the ruins though so don’t just rush past them.

Once you’re on the roof you should see a coat hanging from over a railing on a walkway to the left with the increasingly familiar white rectangle on it. Click on the coat and you’ll realize it’s yours, one of the many things the Detective lost during his… initial investigation. You’ll also have the option to jump and grab it. 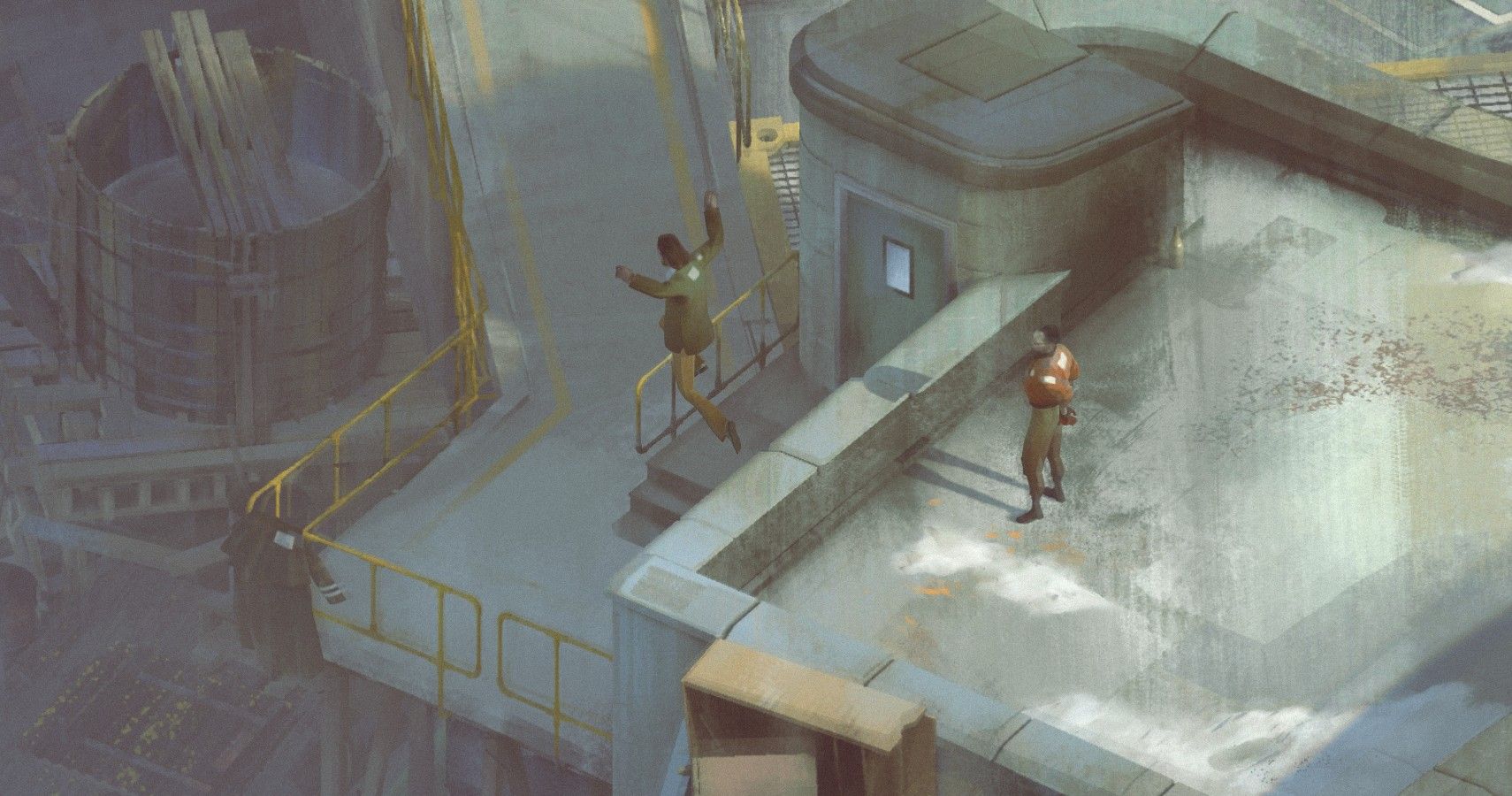 It’s a medium Savoir Faire check, so you might have to put a point or two in to succeed. Failure will cost you a moral point as the detective freezes at the threshold and doesn’t commit to the jump so once again you might want to save before trying.

When you succeed you’ll land safely on the walkway below and grab the coat. This newly accessed area is beyond the door that Measurehead is blocking so from here you’re free to explore the docks and look for the leader of the dockworkers union. The door next to you will take you through an office that leads back to Measurehead but you’ll need to find a union card to get back to the street. 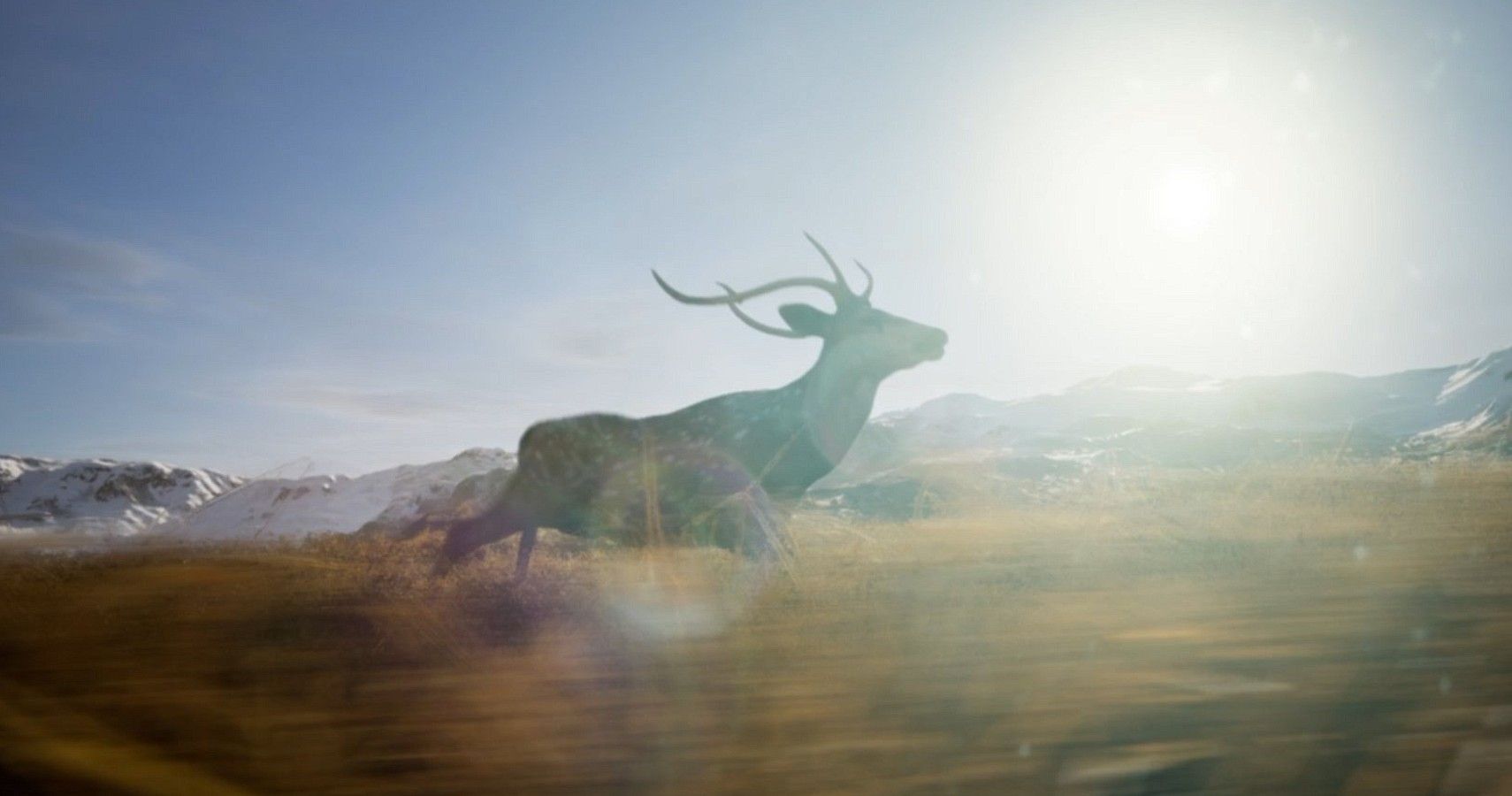