You are here:
Home / Digimon Survive: How To Get The True Ending

Digimon Survive: How To Get The True Ending

As a visual novel, it's rather predictable that Digimon Survive would have multiple routes to follow. There are, in fact, four different routes that you can take and five different endings in all, and you'll probably want to experience them all if you want to get the most out of the game.

This guide will have serious spoilers for Digimon Survive past Chapter 3. Proceed at your own risk!

How To Choose Your Route 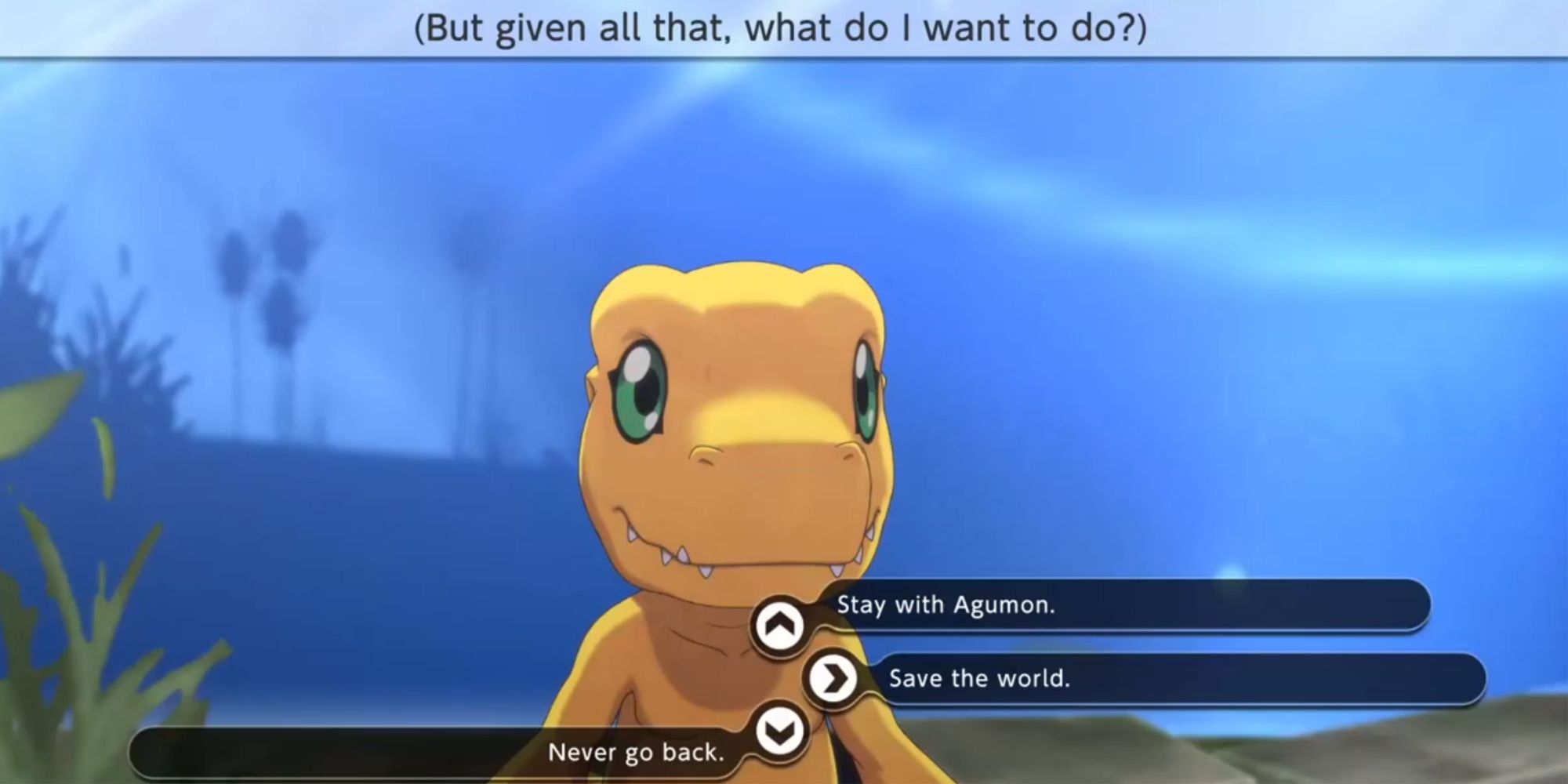 As mentioned previously, during a normal New Game there are three normal routes – Moral, Wrathful, and Harmony.

The game's route splits during Part 8 when you're given a certain choice. The prompt for the choice (which appears at the top of the screen) is: (But given all that, what do I want to do?)

There are four possible choices at this point, but only three of them will be available to you. The choices available to you are dictated by your Karmas – you can choose the routes corresponding to your two highest Karmas. This means that you're completely locked out of choosing the route that matches your lowest Karma.

For example, if you have 25 Moral Karma, 42 Wrathful Karma, and 30 Harmony Karma, you'll have access to the choices that put you on the Wrathful and Harmony routes, but not the Moral route.

In addition to those routes, you'll also be able to choose a fourth choice that leads to a short, Bad Ending. We don't consider this a route on its own.

The four possible choices are as follows:

Once you've made your choice, you're locked into a route and you should start seeing significant differences in Part 9.

How To Unlock The Truthful Route 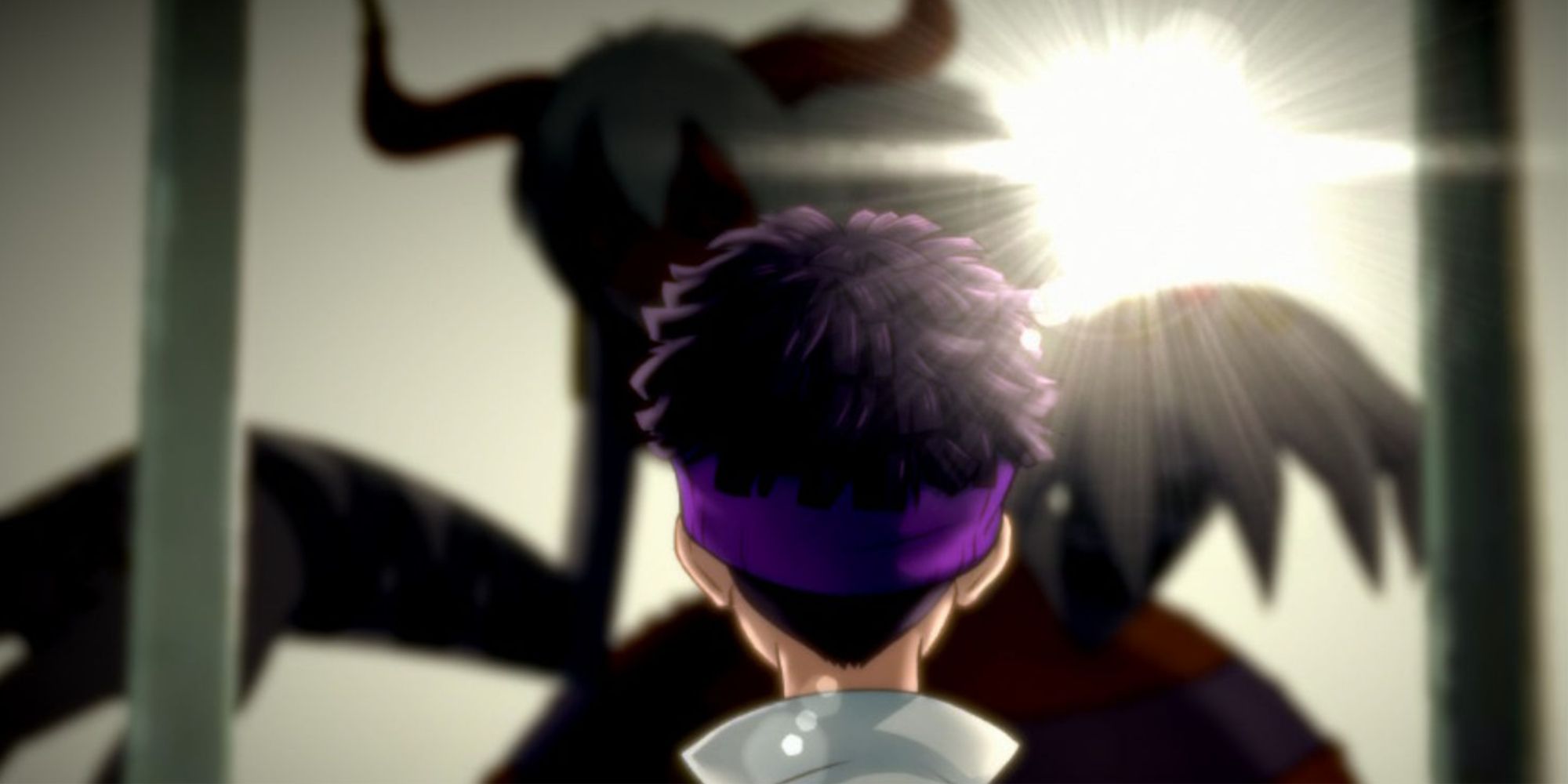 The golden route, also called the Truthful Route, is only available on New Game Plus and has certain requirements. Specifically, you will need to increase your Affinity with Ryo.

With enough affinity, Ryo will survive the encounter at the end of Part 3 – if you don't raise it high enough by this point, you're barred from unlocking the Truthful Route and will be forced onto one of the game's regular routes.

There are ten opportunities to do this:

If you complete all these opportunities, you'll have a grand total of 53 Affinity with Ryo, which is far more than you need to keep him alive at the end of Part 3.

The amount of Affinity absolutely required to save Ryo isn't known, but you can definitely save him with at least 35. Luckily, you can get 35 Affinity with Ryo without missing out on anything else if you follow the instructions above.

If Ryo survives Part 3, you're locked onto the Truthful Route. When you reach the usual route split choice during Part 8, you must choose any option that isn't 'Never go back.' – that choice will still lead to the Bad Ending.

This does mean that if Ryo is saved, it is impossible to follow any other route. If you're on New Game Plus and wish to choose one of the traditional routes, make sure you don't raise your Affinity with Ryo too high.