The PlayStation 5 launches next week without the benefit of a silly mashup of Twisted Metal and Rocket League. I’m talking about Destruction AllStars, which recently announced that they were pushing back their launch to no longer coincide with the PS5’s arrival.

That was the bad news. The good news is that we’ve got a new gameplay trailer to watch and a detailed explanation of Destruction AllStar’s various modes.

Let’s start with the gameplay trailer, which shows us the core gameplay loop of Destruction AllStars. You start as an AllStar outside of your car, then the match starts and you run to the closest vehicle that you can dive behind the wheel. Then it’s a standard destruction derby until you’re knocked out of your car and you have to either find or steal a new one.

Making things interesting are “breakers” – special abilities that your car and character can use during the match. Lupita can apparently cause a trail of fire to ignite behind her as she runs around outside of her car, while another character can cause their unique ride to turn invisible for a short time.

Not all matches are the same, however. Destruction AllStars features four different match types to keep things fresh. Mayhem is the standard deathmatch of Destruction AllStars where players try to wreck as many opponents in a time limit. The more damage dealt, the more points you get, with the highest score when time runs out taking the win.

Carnado is way more interesting. The idea here is to wreck as many cars as possible–either your opponents or your own! You get gears whenever you wreck your opponents and you gain points by running your gear-laden vehicle into the swirling Carnado at the center of the map. The more gears you sacrifice to the Carnado, the more points you get. 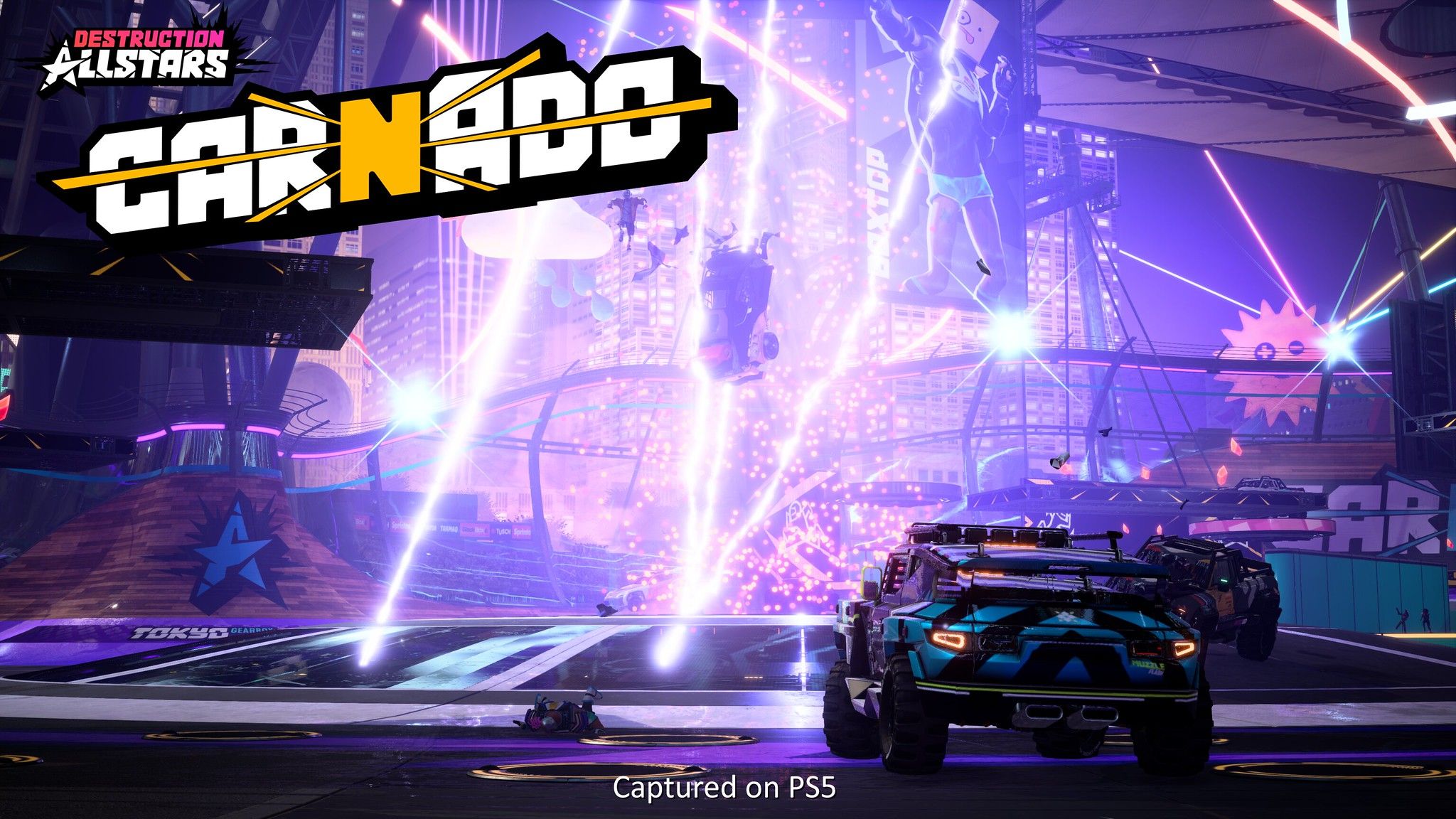 Stockpile is sort of like king of the hill in other games. Wreck or knockout opponents to get gears, then run those gears into one of three banks. The trick here is you can only deposit while on foot, making you vulnerable to opposing teams in fast and deadly cars.

Gridfall is Destruction AllStars battle royale mode. You derby on a map with multiple tiers that fall as you destroy opponents. You have a few respawns, but get wrecked or knocked off the map and you’ll soon run out. The last AllStar still standing wins.

Destruction AllStars has plans to release more game modes, AllStars, and features after the game launches in February of 2021, so stay tuned as we find out more.