You are here:
Home / Destiny 2 Trials of Osiris rewards this week and Bungie news

Destiny 2 Trials of Osiris rewards this week and Bungie news 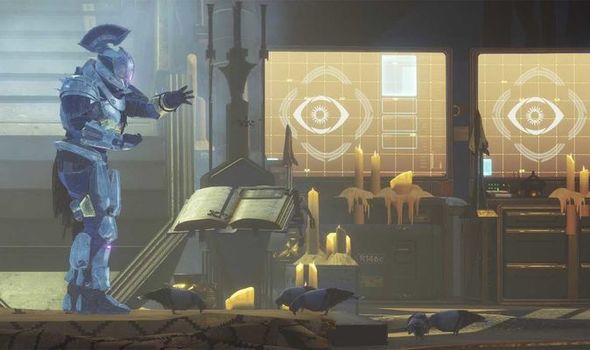 Bungie’s Trials of Osiris will be dominating the Crucible again this weekend as the development team prepares for Destiny 2’s next major expansion.

We don’t know much about what will be included in the next D2 update, but we do know what is being planned for today’s returning PvP event.

Like in previous weeks, the main aim of the Trials is to win as many matches as possible so that you can unlock the best weapons and armour.

This season has featured Adept weapons heavily as the Flawless reward, with The Messenger Adept Pulse Rifle on offer last week.

The Trials of Osiris event will be launching at 6pm BST, with the map choice being confirmed as soon as servers go live. This will be followed by the winnable rewards being discovered by the best fireteams looking to secure a spot in The Lighthouse.

This will be followed by the next Weekly Reset, which is scheduled for August 13 and will remove all the current weapons and items.

For those new to the event, Saint-14 is the full-time Trials of Osiris vendor who currently resides in the Tower Hangar with his pigeons and ship.

And visiting him will be worth it for those who can smash through the Crucible and score some wins as Saint’s inventory updates with Trials Passages, Bounties, and the option to turn in Trials Tokens.

The map rotations continue each week, although Bungie has made changes to the weapons you can pick up during an event.

And we’ll be sure to update this week’s Destiny 2 article with the latest news regarding what rewards and loot can be unlocked across PS4, Xbox One and PC.

Details on other aspects of the Trials experience can be found below, courtesy of Bungie:

Trials Passages: “There are five unique Passages that can be bought from Saint-14 which offer their own mechanics. Each Passage will track wins and losses in a single Trials run. If three losses appear on a Passage, players will be restricted from the activity and have to either reset the Passage or purchase a new one.”

Mercy: Always available and Forgives one loss per run.

Confidence: Unlocks after going Flawless and grants a bonus reward from the Flawless chest.

Wisdom: Unlocks at 7 wins and grants bonus XP from Trials Wins, scaling with the number of Wins on a Ticket.

Bungie has also confirmed some big changes are being made for next season, which will affect the Trials of Osiris rewards, with the development team telling Guardians today:

“We are also rolling out some changes to mods that affect the ammo economy. Running double ammo scavenger mods makes it too easy to have 100% uptime with special weapons in both PvP and PvE.

“In PvP specifically, we believe this is an important factor in how oppressive certain Special weapons feel. Reducing their effectiveness is a step towards addressing this – we’re prepared to revisit this depending on how it plays when it’s out in the wild.

“We’re also looking to improve Ammo Finder to make it a bit easier to earn Special and Heavy ammo in PvE, while introducing a new type of Leg armor mod that reloads stowed weapons.”