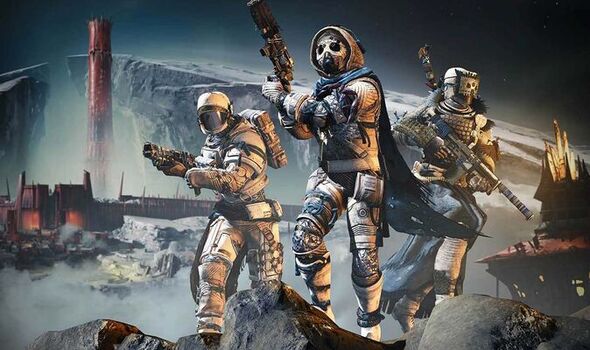 Destiny 2 season 17 is launching soon, with Guardians set to get a fresh load of rewards and a new season pass soon. Bungie has so far remained tight lipped about what the new season of Destiny 2 will offer, with a reveal trailer yet to be released. However, we know that season 17 of Destiny 2 will be arriving with the next big patch for the hit shooter.

This update, version 4.1.0, is launching on Tuesday May 24. And to prepare for the rollout of this patch some more server maintenance is scheduled.

This will begin at 9am pacific time, 12pm eastern time and 5pm UK time on Tuesday May 24.

This is ahead of the Destiny 2 season 17 update being available to download at 10am pacific time, 1pm eastern and 6pm UK time.

An hour after this Destiny 2 server maintenance is scheduled to be completed.

In the most recent This Week at Bungie post, the Destiny 2 makers teased the new Destiny 2 season, which is rumoured to be called Season of the Haunted.

Destiny 2: Vow of the Disciple race teased in trailer

Bungie said: “We’re just a few days out from a new Season. We’ve covered quite a few systematic changes coming to Destiny 2. Sandbox changes, ritual reputation changes, and a few other details on how gameplay in general will be updated. Many of you (and when I say many, I mean almost every single one of you) have been asking about the new stuff. What is Season of [Redacted] all about? What’s the next challenge our Guardians are about to face? What’s going on with [Redacted] and their [Redacted]!? Where’s the trailer?! Which subclass is getting the 3.0 treatment!?!

“There will be a day where many of your questions will be answered, but today is not that day. It’s a scary, but fun, balancing act in the grand scheme of things. I’ve said it before, but player discovery is one of the most potent things in gaming. Do we spill the details in TWABs and tweets, or do we hold things a bit closer to the chest with each Season to let players dig in on day-one and find out some cool things in the game itself?”

Bungie also said that the most recent TWAB post would be one of the last communications from the dev before 6pm UK time on Tuesday. Which could hint that the full reveal trailer for Destiny 2 season 17 will arrive when the new update that adds the next season pass launches.

Thankfully, for anyone itching to get information on Destiny 2 season 17 Bungie has revealed some information.

This includes a teaser about the Destiny 2 season 17 dungeon which is launching on May 27.

Bungie said: “Next week, we are launching a brand-new dungeon on Friday, May 27 at 10 AM Pacific. The recommended power to enter for normal difficulty is going to be 1550. Master difficulty will be live day one as well, but we’ll leave those entry requirements for you to see in the game next week.”

The Destiny 2 makers went on to add: “Best way to get this dungeon as well as the one coming in Season 19 is to have the Digital Deluxe Edition of The Witch Queen. If you have that, you are already good to go! If you want to experience an entire year of Destiny 2 content and haven’t purchased the Deluxe Edition yet, starting next Tuesday, it’s going to be on sale for 25% off (exact timing and duration may vary by platform).”