You are here:
Home / Destiny 2 – Here’s What’s In The New Seasonal Artifact In Beyond Light

Beyond Light might be the big news for Destiny fans this week, but don’t forget that there’s also a brand new season coming on Tuesday for both free-to-play and paying players. Called Season of the Hunt, you’ll help The Spider to track down some bizarre Hive growths that are probably trying to summon a Hive god to destroy all known existence. You know how the Hive are.

Along with the new Season comes a new Seasonal Artifact. You can grab it in Zavala’s office in the lower sections of The Tower. It’s just sitting there on one of Zaval’s new war desks, apparently brought to him by Osiris.

The Fang of Xivu Arath is the broken tooth of an old Hive God of War, which seems like a dangerous thing to stuff into a jar and siphon power from, but Beyond Light is all about communing with dark and poorly understood powers.

As with previous Seasonal Artifacts, you’ll have 12 mods to unlock as you progress through the tiers. However, things are a bit different with the Fang of Xivu Arath. Anti-Champion mods necessary for completing Nightfalls are all slotted into your arm armor mod slots rather than onto weapons themselves. Additionally, the usual tier of glimmer/resource gathering mods has been replaced by an expanded selection of unflinching, reload, dexterity, and ammo-finding mods. 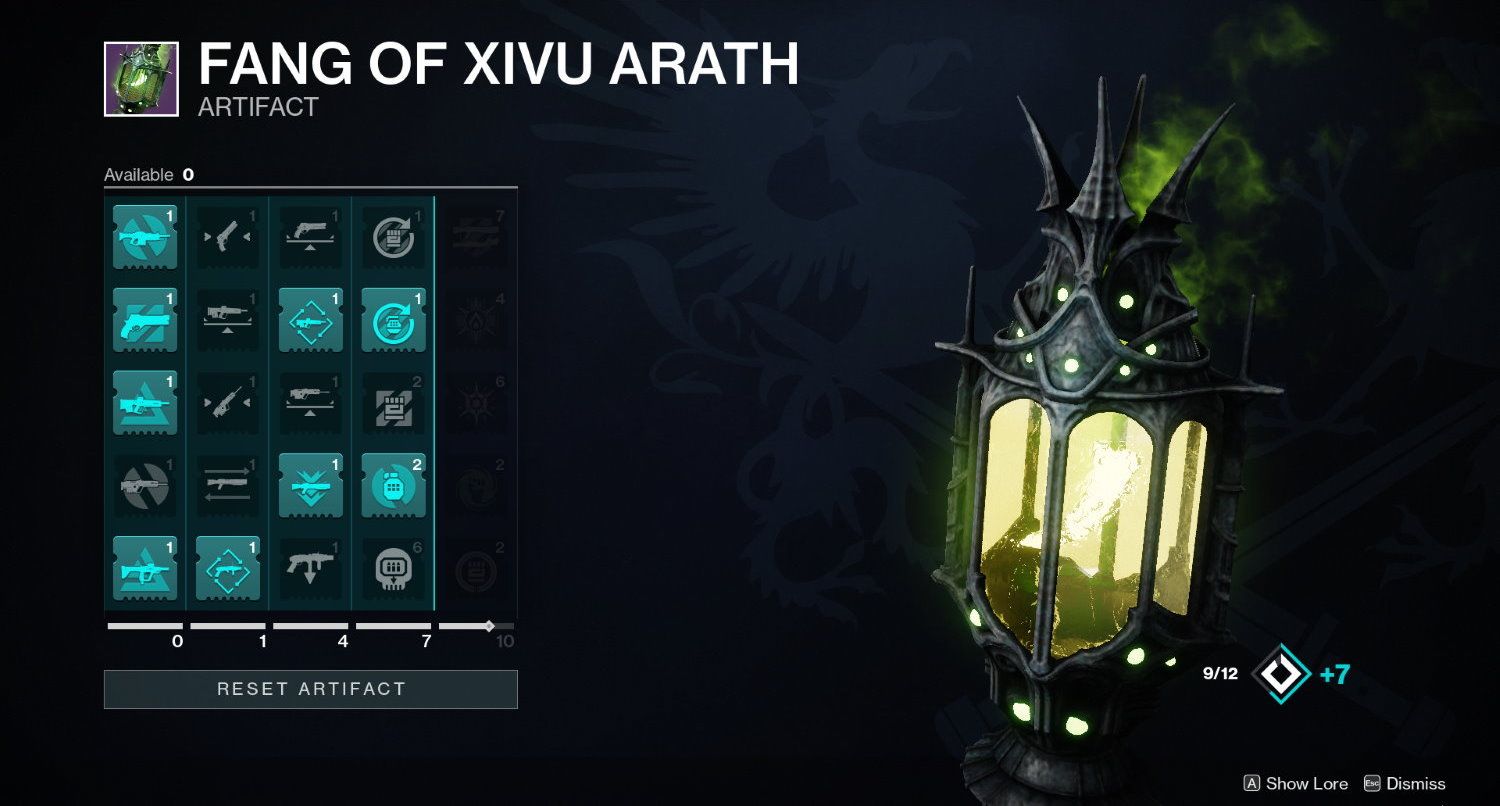 All the mods in the first column require one energy and are slotted into your arms. This means you’ll be able to take a maximum of two anti-champion weapon mods, so choose wisely before you head into a Nightfall.

These mods improve your usage of certain weapons. All require one energy to use in various armor mod slots.

Replacing previous season’s glimmer/resource finger mods, this column provides an expanded selection of mods that improve certain weapons. They all cost one energy. 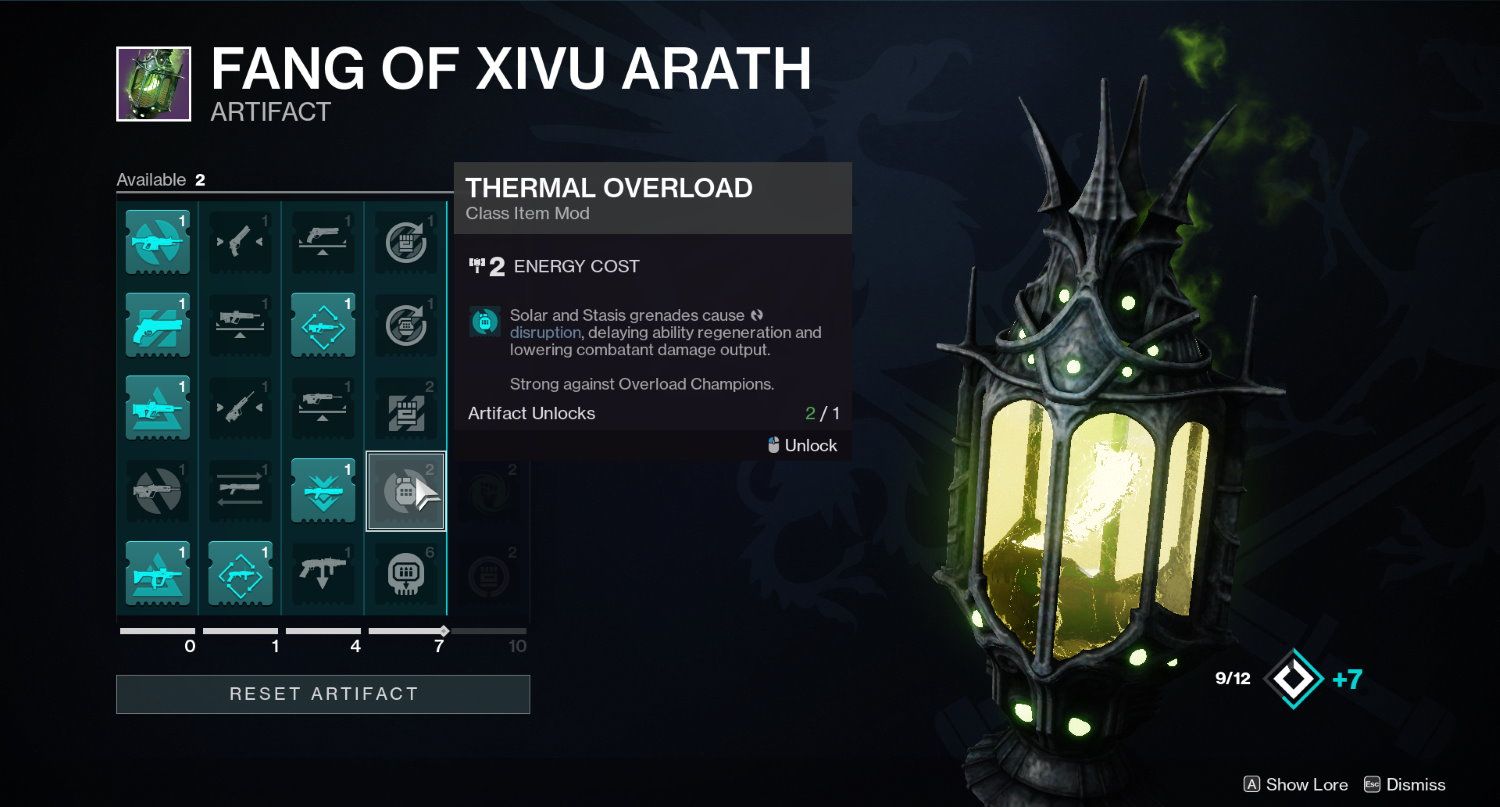 These mods typically improve cooldowns for your abilities and have a lower energy requirement than the last column. All of these are slotted into your Class Item.

RELATED: Destiny 2: Everything You Need To Know About Ghost Shells

These mods have the most powerful effects available in the Seasonal Artifact that can really define your build. You only get two of these at most, so choose wisely.

NEXT: Dallas Fuel Sign Xzi As Last Piece Of 2021 Roster 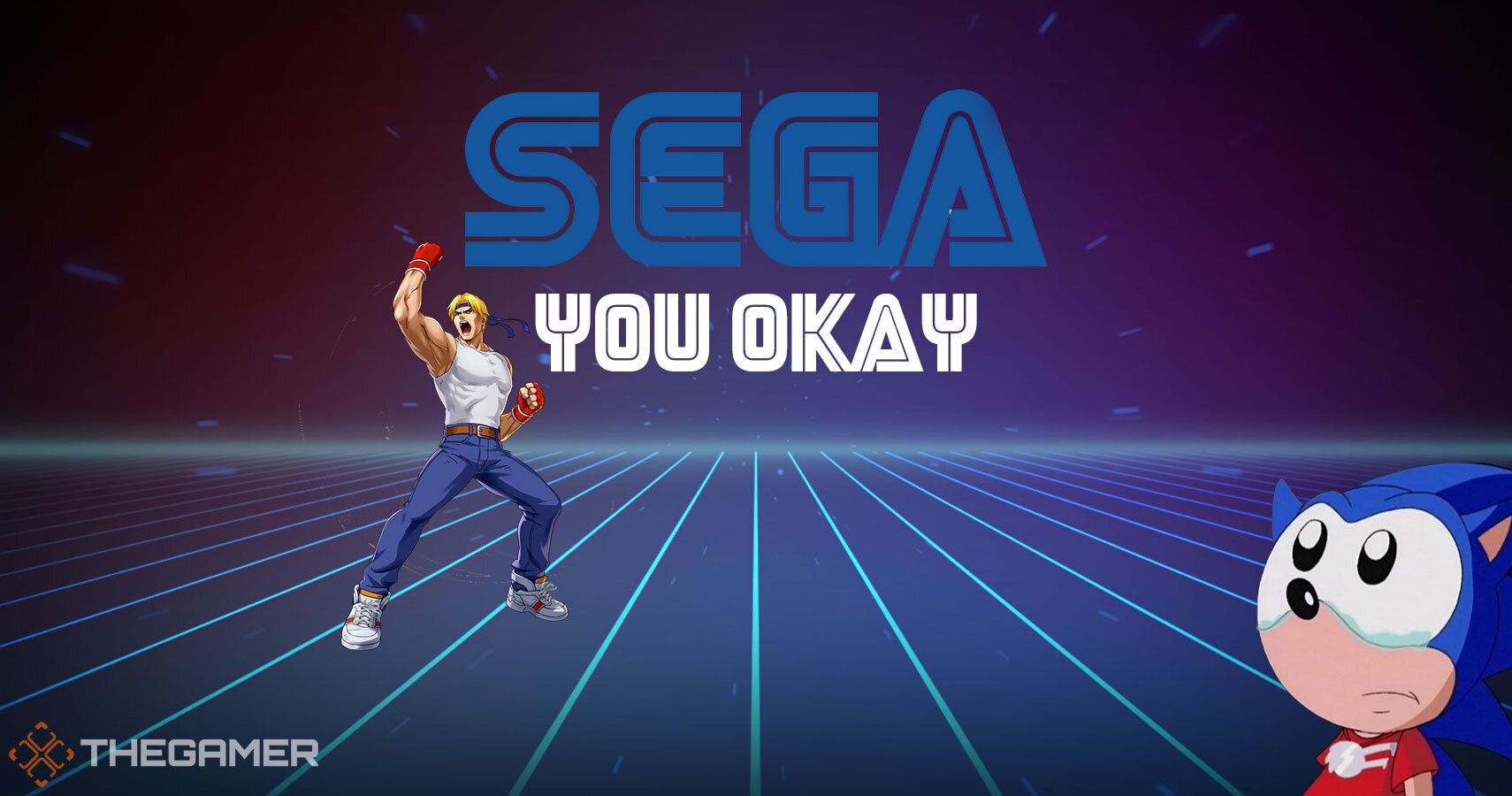