You are here:
Home / Destiny 2 Fans Are Desperate To Keep This Useless Item That’s Leaving In Beyond Light

There’s a lot of useless stuff in Destiny 2–items that the developers intended as a one-time-use thing or just to get a neat bit of story out there into the world. In some cases, Bungie never made it clear what the purpose of the item actually was, so Guardians have just kept it in their vault in the hopes that someday it’ll become something valuable.

That’s not the Expired Spicy Ramen Coupon, an item that was given away in the days before Forsaken arrived in 2018. Back then, players knew that Cayde-6 was destined to die in the new expansion and to commemorate his life, Bungie added the Spicy Ramen quest that resulted in every player going to the Tower ramen shop for a bowl of spicy noodles.

The coupon had long-since expired, but it came with a neat bit of lore relating to everyone’s favorite Exo Hunter. For some, it’s the last remaining memento of Cayde-6. 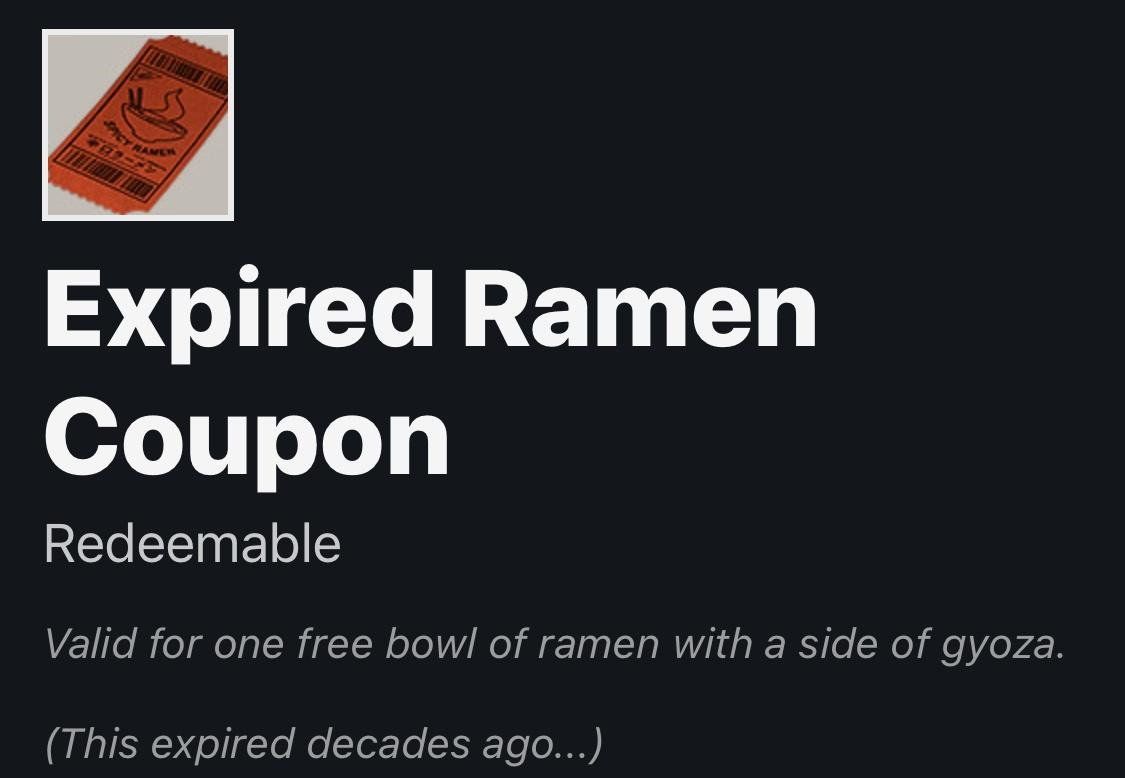 Which is why many Guardians were upset to find out that the Expired Spicy Ramen Coupon would disappear from their inventories when Beyond Light arrives on November 10, whether they want it to or not. Bungie is cleaning up the game, reducing its overall size and removing useless or old bits of code. The Spicy Ramen Coupon is just one such item that will be removed from player inventories, but it’s that has such sentimental value that players are in an uproar over its removal.

Rather than deleting the Spicy Ramen Coupon entirely, players are asking that it instead be replaced by something a bit more permanent. Emblems are typically given out to mark occasions in Destiny 2, so one Twitter user made a custom design based on the coupon and is now petitioning Bungie to give it away in place of the Coupon.

Others are suggesting shaders as an alternative to something as complex as an emblem. But for the true Spicy Ramen fan, Reddit user FirstgameNL has created a 3D-printable seal that gives an expired coupon far more value in death than it ever did in life.

Bungie has yet to comment on any of these posts, but maybe we’ll hear something official in this week’s TWAB.