You are here:
Home / Demon’s Souls: 6 Bosses You Don’t Want To Face Late At Night

Demon's Souls introduced the world to the beautiful, terrifying, difficult, and compelling genre that we've come to know as the Soulslike. Unforgiving encounters, an emphasis on build quality, and oftentimes, truly bizarre narrative choices made their mark with Demon's Souls and took off in a huge way with the sequel, Dark Souls.

While the latter may be the more popular title, Demon's Souls has a lot going for it, not least of all its brutal, horrific bosses. These beauties are as sure to give you nightmares, as sure as I am to cheese Adjudicator with ranged attacks every single playthrough. 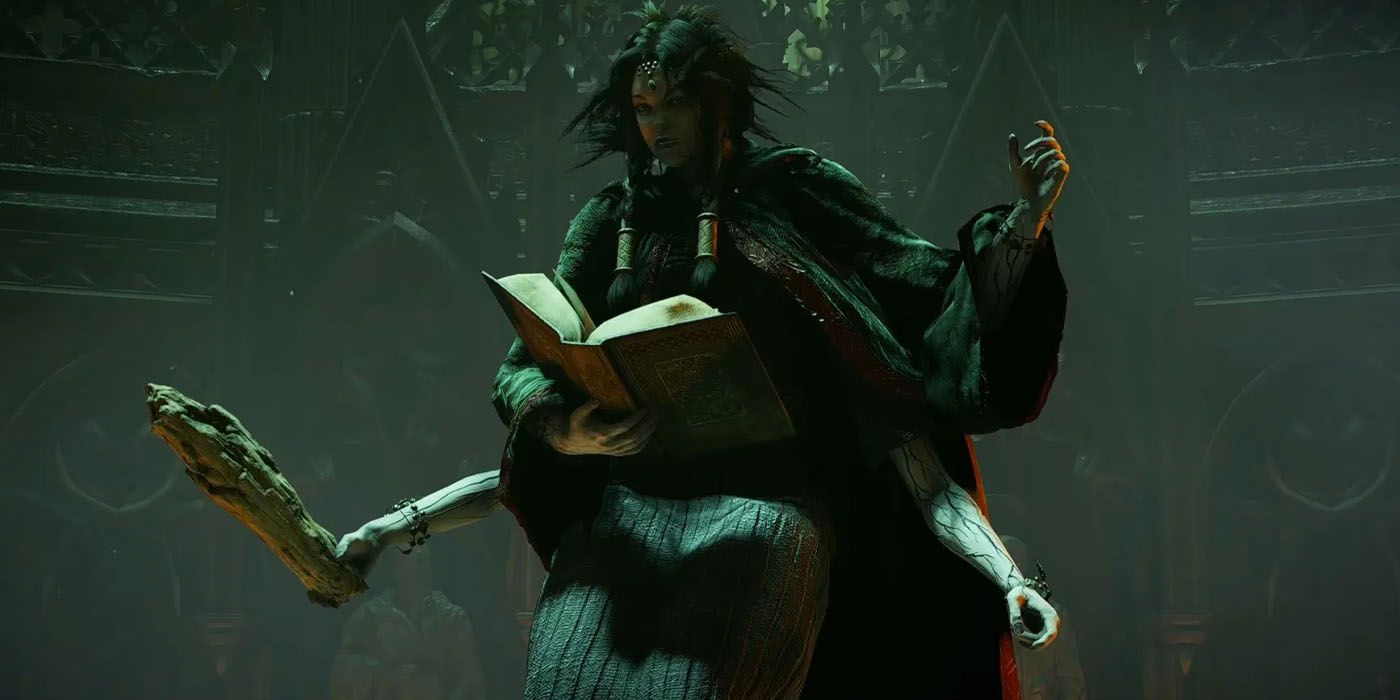 While the Fool's Idol is one of the easiest foes to take down in Demon's Souls, there is something a tad disconcerting about her, isn't there? First thing's first, she floats. That's not natural, and one look at her tells you that you're in for a particularly magical confrontation.

Look a little closer, and you'll see that the Fool's Idol has not two, but four arms. If the floating didn't put the heebies up your jeebies, then the four arms thing surely will. Also, she doesn't wear shoes, and that's just gross.

Worst of all, however, is her tendency to summon more of her. If one Fool's Idol wasn't enough, imagine a whole gang of them floating ominously towards you. That's enough to give you nightmares for a week – if she doesn't just blast you to smithereens with sorcery. 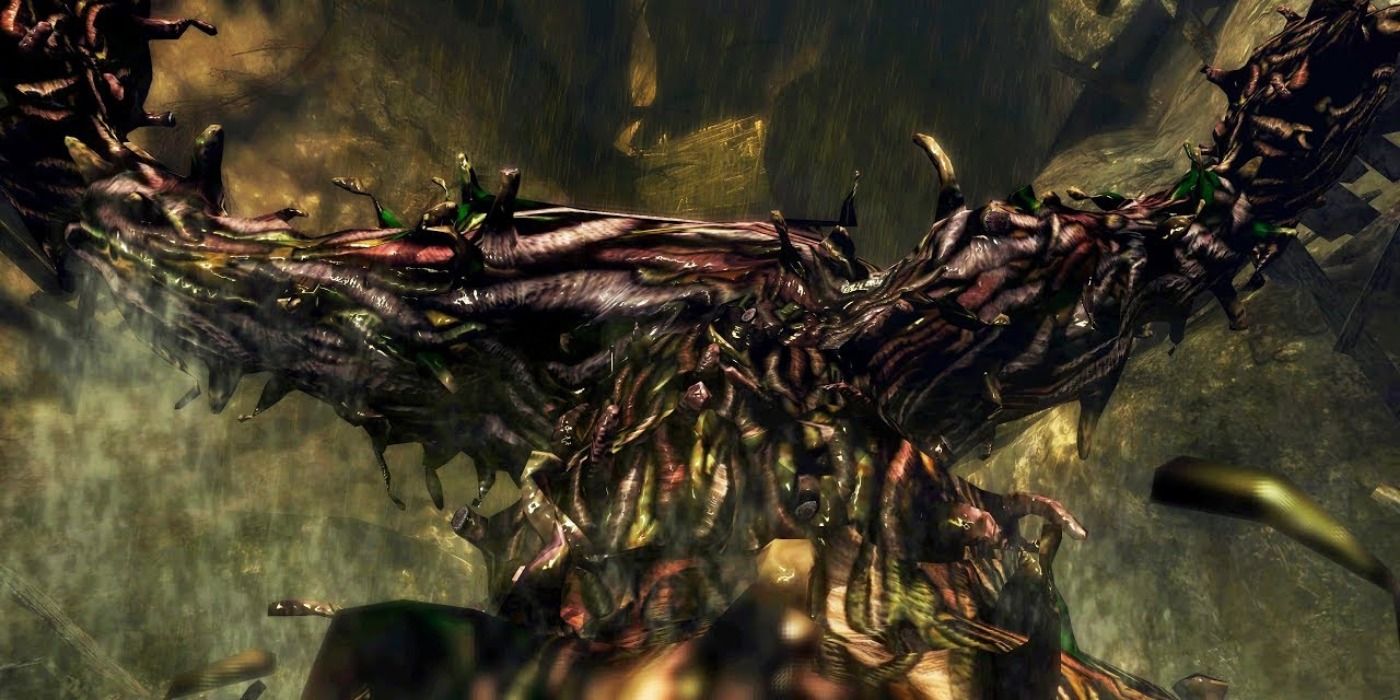 Demon's Souls certainly has its fair share of creepy, disgusting enemies, and Leechmonger might win the prize for "grossest boss ever fought." Leechmonger is a sentient mass of leeches working together to form a gigantic monster empowered by a demon's soul.

While this boss is pretty easy to defeat in the game – especially if you use fire – it's by no means something you want to meet in real life. A writhing, pulsating mound of leeches that can move towards you with all the grace of a brick? No thank you. 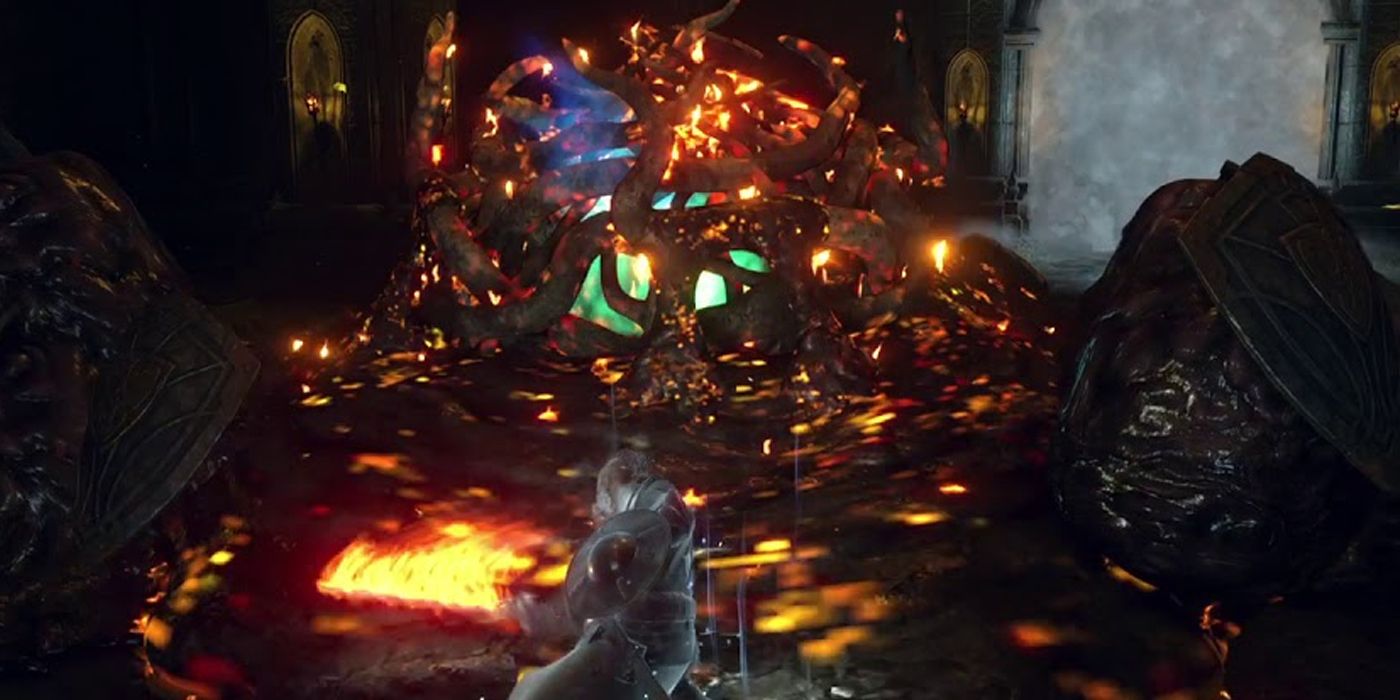 Phalanx is another early boss – in fact, it may very well be the first one you successfully kill. At its core, it's nothing more than a pulsating blob, but it doesn't come alone, oh no. With Phalanx, you can expect to encounter a small army of Hoplites, smaller blobs wielding (somehow) spears and shields.

There's something a little off-putting about a blob that tries to emulate the battle tactics of a Roman legion, and unless you have a Molotov cocktail handy, you won't be escaping an encounter with this horrible thing unscathed. Luckily, it's a slow beast, so you could feasibly run away… just hope the Hoplites don't learn how to aim their spear throws with any accuracy. 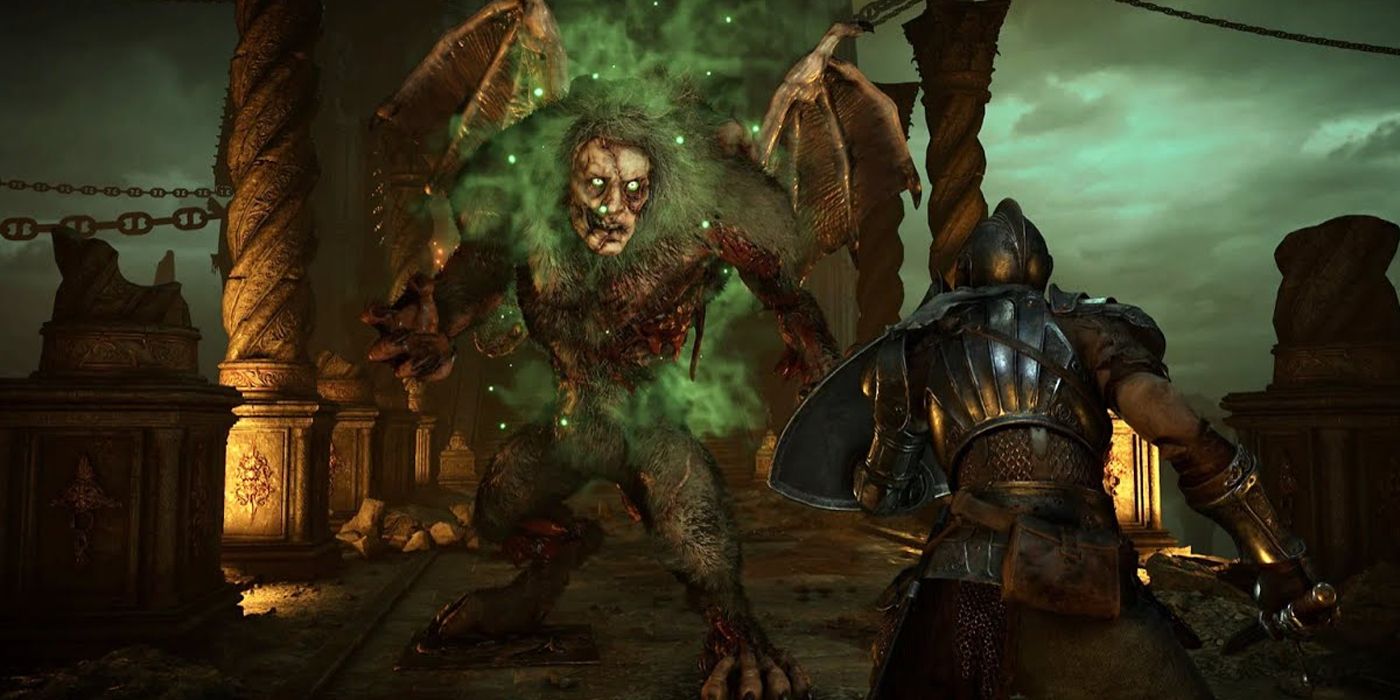 The body of a gorilla, the wings of a bat, the tail of a snake, and a face only a mother could love. If you were confronted by a Maneater late at night you'd know you're in for a rough encounter – these things ooze intimidation. It's capable of screaming you to death, shooting soul arrows at you, and flying, of all things. This would not be a fair fight.

And if that wasn't enough, oh look, now there's two of them. Maneaters seem to hunt in pairs and they're ruthless, efficient killers.

This boss is ripped straight from the horror flicks. A relentless, determined beast with a taste for blood and not much else. Why couldn't they be vegetarian? 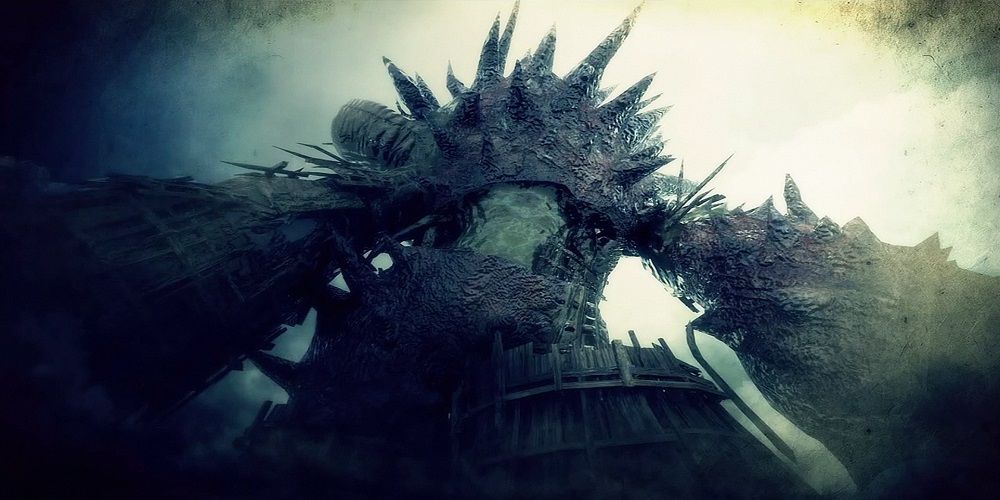 Ick, even the name of this one is gross.

If the Maneaters were ripped from a slasher flick, the Dirty Colossus is pure Hammer Horror with a side of gross-out movie. It is a shambling mass of gore and filth that you'll be able to smell before you see it, followed by a cloud of flies and an overwhelming sense of dread.

The most terrifying feature of this creature is the maggot-like head that it has. Is that even its face? Does it have a face? If it has a face, you should set fire to it, the world would thank you for your services – both to humankind and to hygiene. 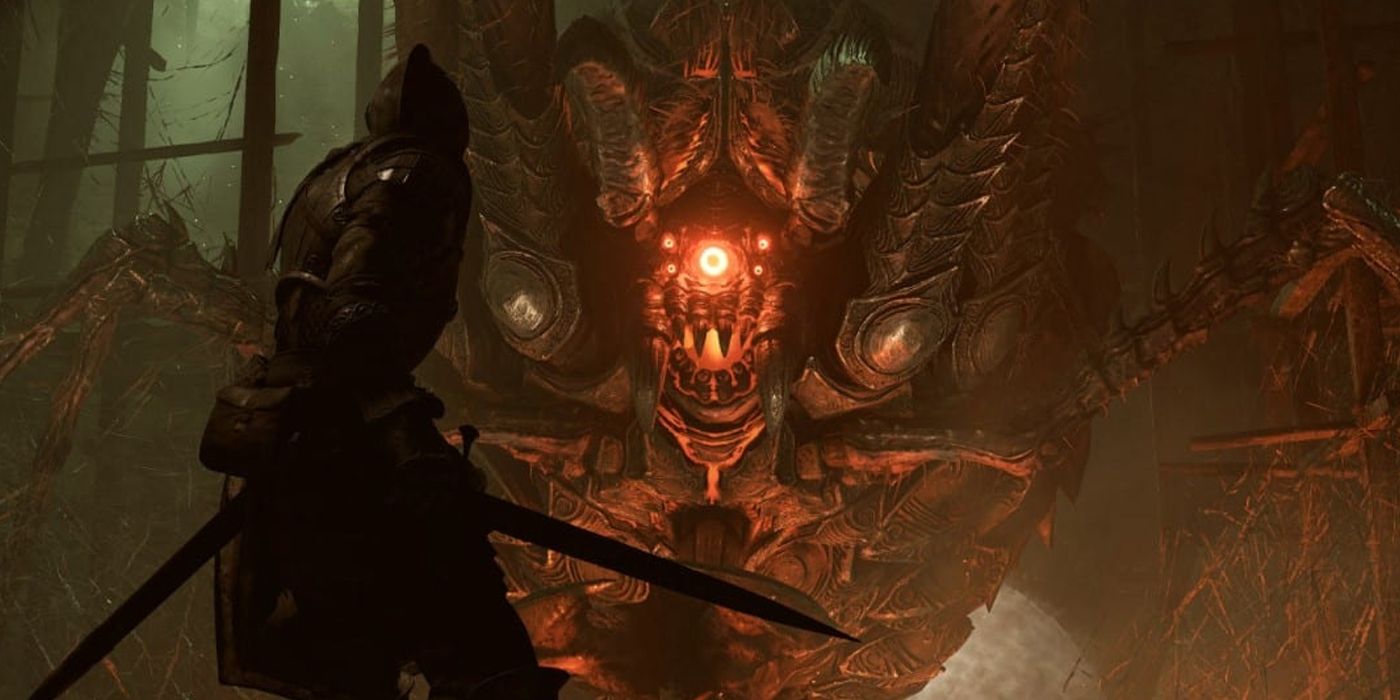 So first, you take a spider. Then, you make it large – very large, we're talking big enough to catch elephants instead of flies. Might as well throw in the ability to breathe fire – you know, for funsies. That seems good. Serviceable. But how do we make this the most terrifying thing a person could ever fathom? Oh! That's right!

The Armor Spider is horrific. Waiting for you at the bottom of Stonefang Tunnel is this armored arachnid, and it's more than happy to immolate you before you can even reach it. Even triumph against this boss is no perfect ending, for you'll be haunted by this hunter in your dreams.

And now imagine such a thing in the real world. There simply is no boot big enough to squish this thing, you'd need something heavy-duty.

Seriously, who decided to give it ARMOR?