You are here:
Home / Deep Rock Galactic: Every Biome on Hoxxes IV, Ranked

Deep Rock Galactic is a ‘looter shooter’ similar to Borderlands or Warframe that takes place on an alien planet. A co-op for four players, you explore caves on the planet Hoxxes IV, attempting to stay alive through the various biomes full of hazards and unfriendly plant life and creatures.

As you navigate the different areas of Hoxxes IV, you’ll encounter different degrees of difficulty fighting off not just enemies, but the terrain itself. In some cases, the atmosphere of a biome is the aspect you’ll need to worry about the most, as the deadly environments will sometimes attack their own inhabitants along with you. 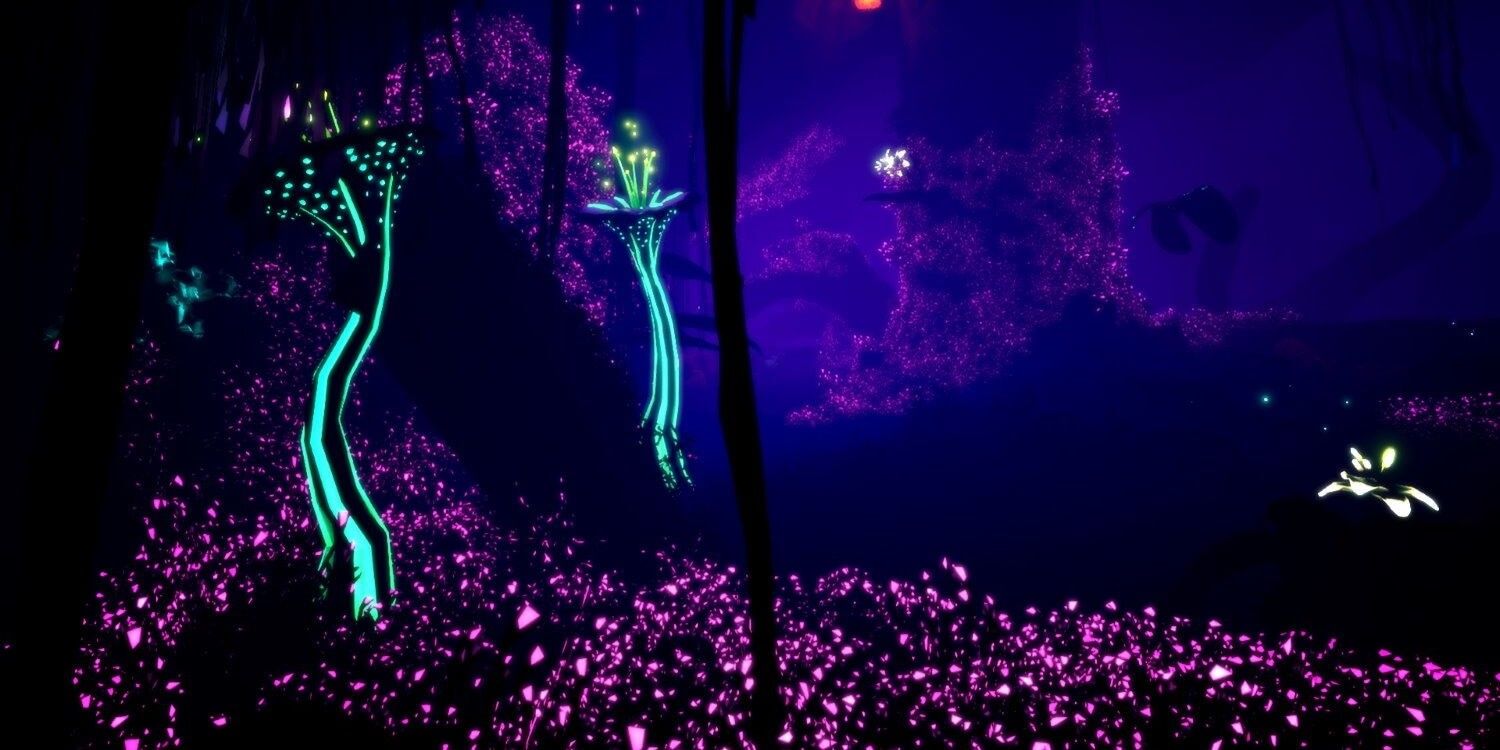 This biome has a chilly and hostile environment with lush overgrowth that gives it the appearance of the deep jungles of Earth. The caves and tunnels here are made of durable rock that takes two hits with your weapon to break down.

The three enemies you’ll face are the Spitball Infectors and Glyphid Dreadnoughts (both fairly aggressive), and the Cave Leeches (only a concern if you come into contact with them). On the positive side, this biome is highly visible due to the bioluminescent clusters throughout, so you’ll see everything coming your way and have plenty of time to prepare yourself. 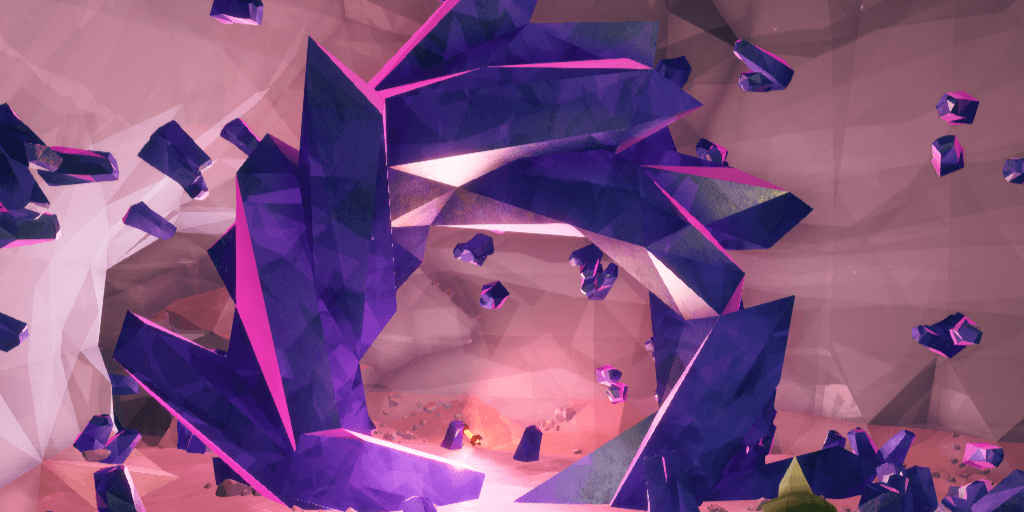 Comprised solely of caverns filled with crystals that are as useless as they are large, this biome is made of strong material that will take you three hits to breakthrough.

You’ll contend with the same basic three enemies as on Azure Weald – these three appear all over Hoxxes IV and are the weakest of all the threats you encounter. Again, this atmosphere creates a lot of light of its own, making it easy to navigate the terrain and defend yourself against any incoming enemy. 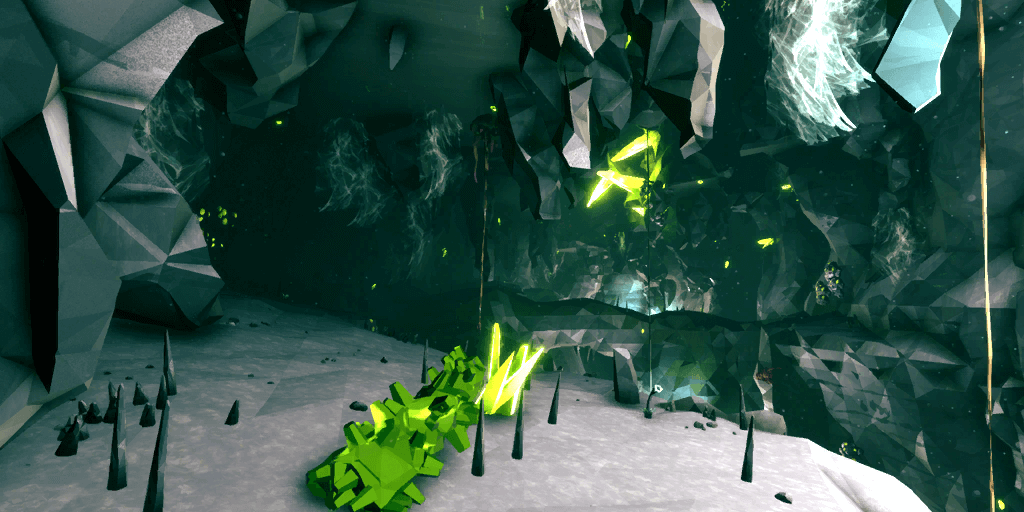 Wide-open spaces that are connected by tunnels shouldn’t lull you into a false sense of security. This biome is covered in radioactive ash, mutated flora, and is generally a rotten place to be. The rocks that make up the area are very strong, taking three hits to break down, and the enemies here are radioactive, too.

Glyphid Exploders, Glyphid Praetorians, and Glyphid Swarmers are all waiting to attack you, though between the light radioactive crystals produce and the glow of the radioactive attackers themselves, you won’t have to worry much about them hiding. 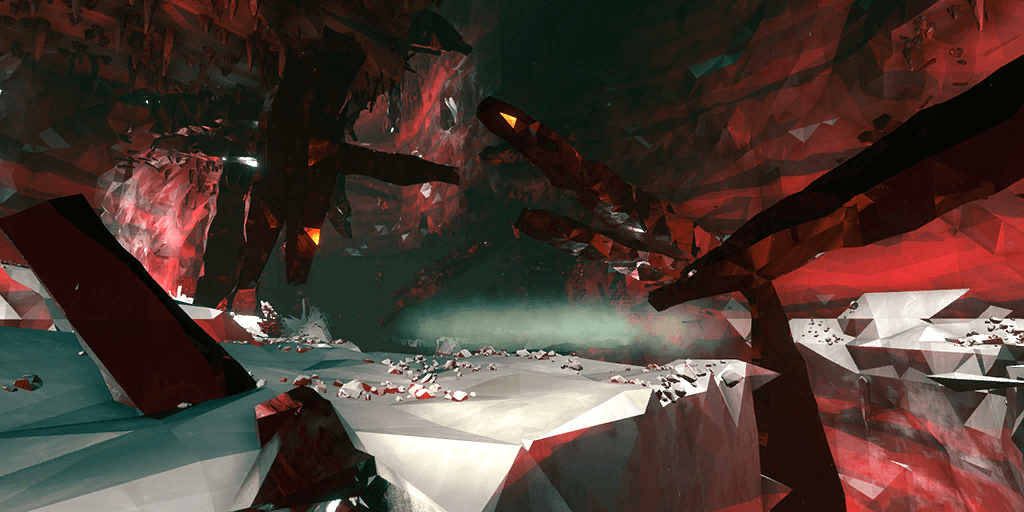 Caverns in this biome are filled with useless to mine red crystals that fall from the ceilings without warning. Within the confines of the large caves, however, are white crystals that generate enough bright light to see your way around.

The rock here is durable, but only takes two hits to bust, and this weakness translates to the ground, too, as areas are likely to giveaway underneath you. Aside from the basic three enemies that inhabit all of Hoxxes IV, there are the Q’ronar Younglings here, but they are easy to kill and aren’t able to attack with acid the way their adult counterparts can. 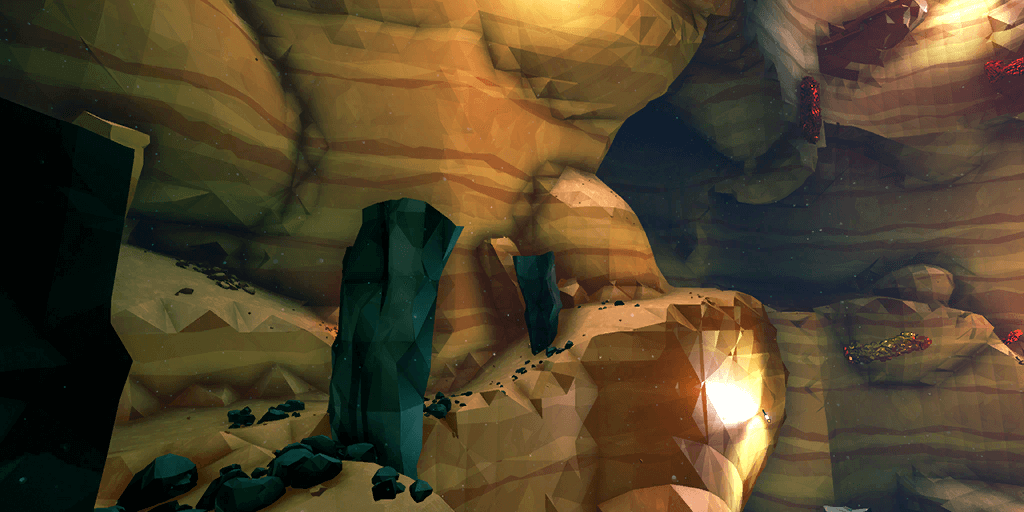 With an arid atmosphere, this wind-blasted biome goes dozens of miles below ground. The lack of water in the area has made the wildlife aggressive, causing them to attack anything they deem a water source – living or not.

One thing going in your favor in the Corridors is the incredibly weak structures that take only one hit to break. Depending on your location, you may or may not see enemies approaching, which consist of the basic three all over Hoxxes IV, and also the Nayaka Trowler, which is very hostile and very thirsty. 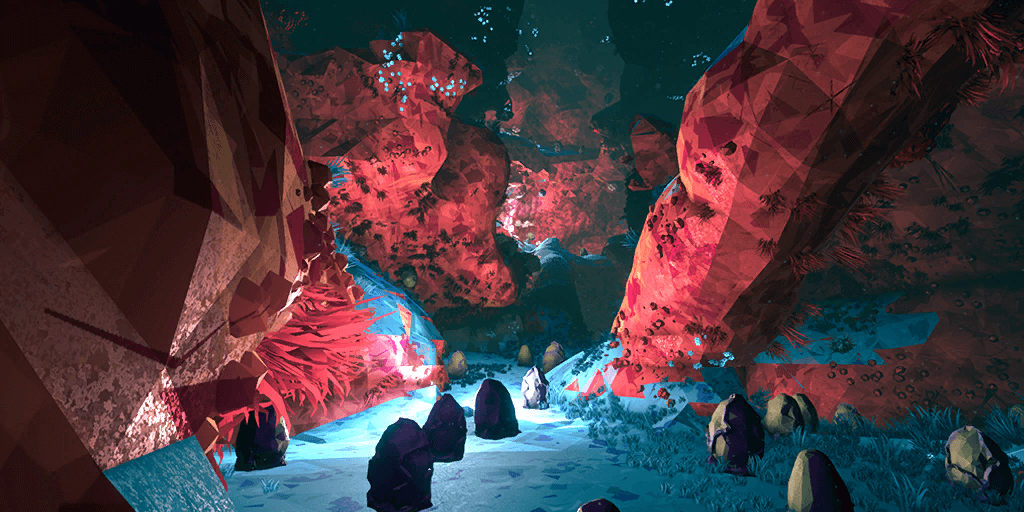 A subterranean rainforest filled with carnivorous plant life, you’ll work your way through large and twisty cave tunnels lit by the glowing green blossoms along the walls – other than this, you’ll be in dimly lit areas, or darkness. The rock here is durable, taking two hits to break it down, but the plants are what you’ll want to watch out for.

Cacti shoot spiky projectiles in every direction hitting you and homegrown targets alike, including flora that explodes when hit. If you make it past the growing organisms, you’ll have the jellyfish-like hostile Naedocyte Shocker to tend to, along with the basic three enemies from other biomes. 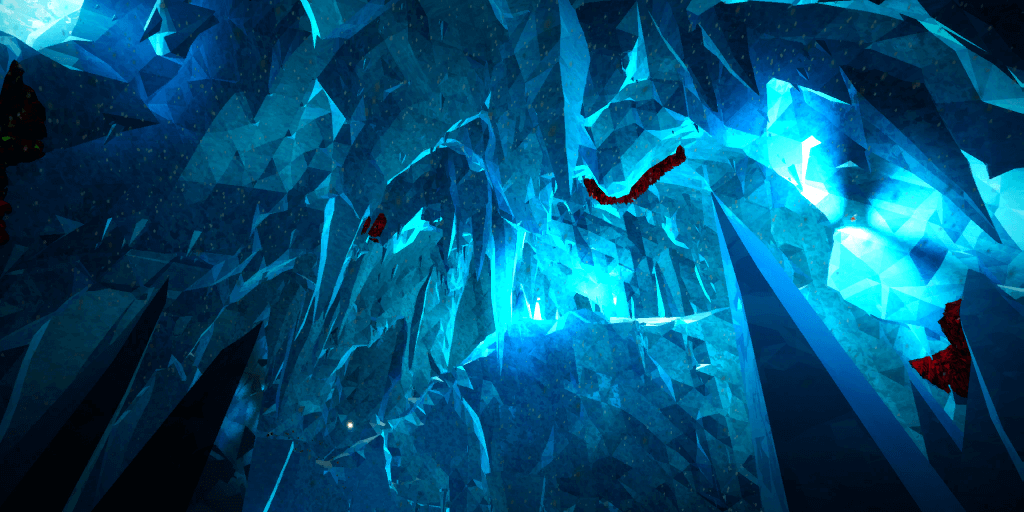 On the planet Hoxxes IV, all the continental plates rest atop a layer of ice that runs several miles deep. This ice is durable, taking two hits to break all the way through, and makes managing your temperature very difficult, so you’ll need to fight off freezing, or risk losing control of your character once frozen. You’ll only gain control again when you thaw, or a teammate breaks you out with their pickaxe.

On top of the enemies that can freeze you, the Glyphid Frost Praetorians, and sting you, the Naedocyte Shockers, you’ll have to navigate the unforgiving climate with stalactites, slippery ice, and heavy snowfall to survive. 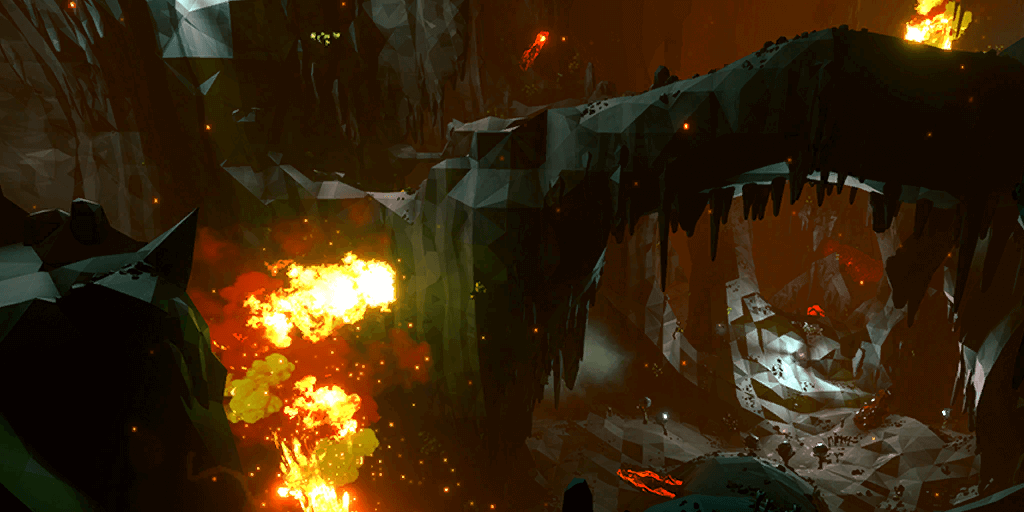 You’ll reach the depths of the mining caves when you get to this biome. Running between 250 and 400 degrees, the boiling hot lava means visibility isn’t an issue, burning to death is. The rock here is very strong, taking you three hits to get through, and every surface of the large caves is covered with magma, so be careful not to touch anything.

The basic three enemies throughout the game are here, but of no real concern when you’re weaving around lava geysers and blocking magma debris falling from quakes. 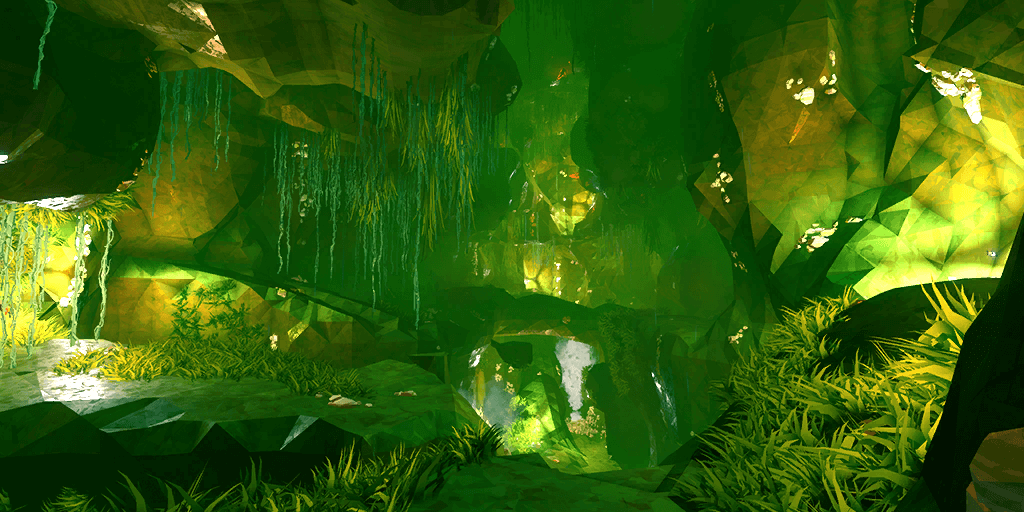 The dirt is durable, you’ll take two swings to break it, and the three tried-and-true enemies are here, too, but the Poison Spores and toxic mushrooms will be hard to avoid when traveling through the other nasty elements of this atmosphere. Everything here is capable and likely to kill you and your team before you make it out. 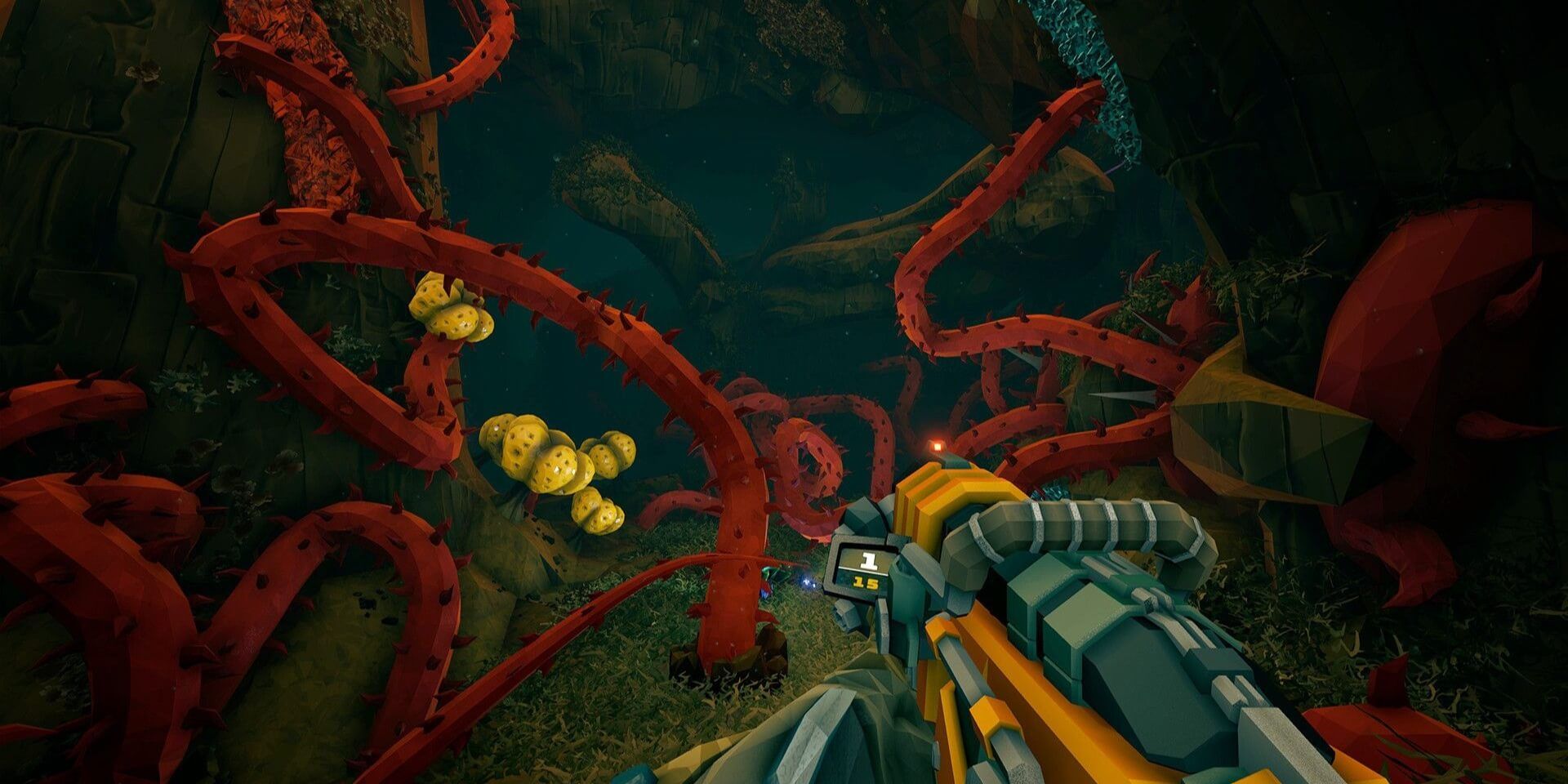 Composed of large cavernous rooms of dried grass, wooden floors and walls, and large tree-like structures that are damaged from an invasive species of vines that attack you as much as the surrounding environment. You’ll walk through giant red thorny vines that will prick and damage you, but the area lacks any sustainable plant life otherwise.

The walls are sturdy despite decay, taking two hits to break down, and you’ll find the original three enemies from all other biomes are still present here, though they have company. The Stabber Vine is as hostile as its name suggests, and the Deeptora Bough Wasp Nest is filled with wasps that will attack you and your teammates as soon as you get near any of their nests.