You are here:
Home / Death Stranding 2 Could Be The Most Ambitious Sequel Ever Made

Death Stranding 2 Could Be The Most Ambitious Sequel Ever Made

Death Stranding 2 is in development. While Kojima Productions is yet to confirm the production of a sequel to Norman Reedus and the Funky Fetus, the original game’s star revealed in a recent interview that motion capture on a successor has already begun.

NDAs clearly have no power over the rowdy biker, who was more than happy to talk about how he landed the role and how it felt to work alongside Hideo Kojima (and how different Death Stranding is from Ms. Pac-Man), all before letting us know that apparently he is already back on the volume to return to his role as Sam Porter Bridges. The developer himself responded to the recent news with a playful tweet featuring himself and Reedus, threatening to bludgeon his face in with a baseball bat for leaking the game’s existence. It’s a fun little nod to The Walking Dead, while also making it clear there are no hard feelings between the two.

Besides, a follow-up was inevitable.

Kojima and Reedus are just guys being dudes. Absolute besties sitting five feet apart in the green room because they’re not gay. Their friendship has been a sweet side effect of Death Stranding, with the duo clearly having a blast creating a project they’re both enamoured with. Deep down it’s all a bunch of melodramatic, nonsensical bullshit, but the creative vision at the game’s core is so unapologetic that it’s no surprise the studio’s debut has been such a success. If I could make a game with all of my celebrity friends I would, so good on Kojima. 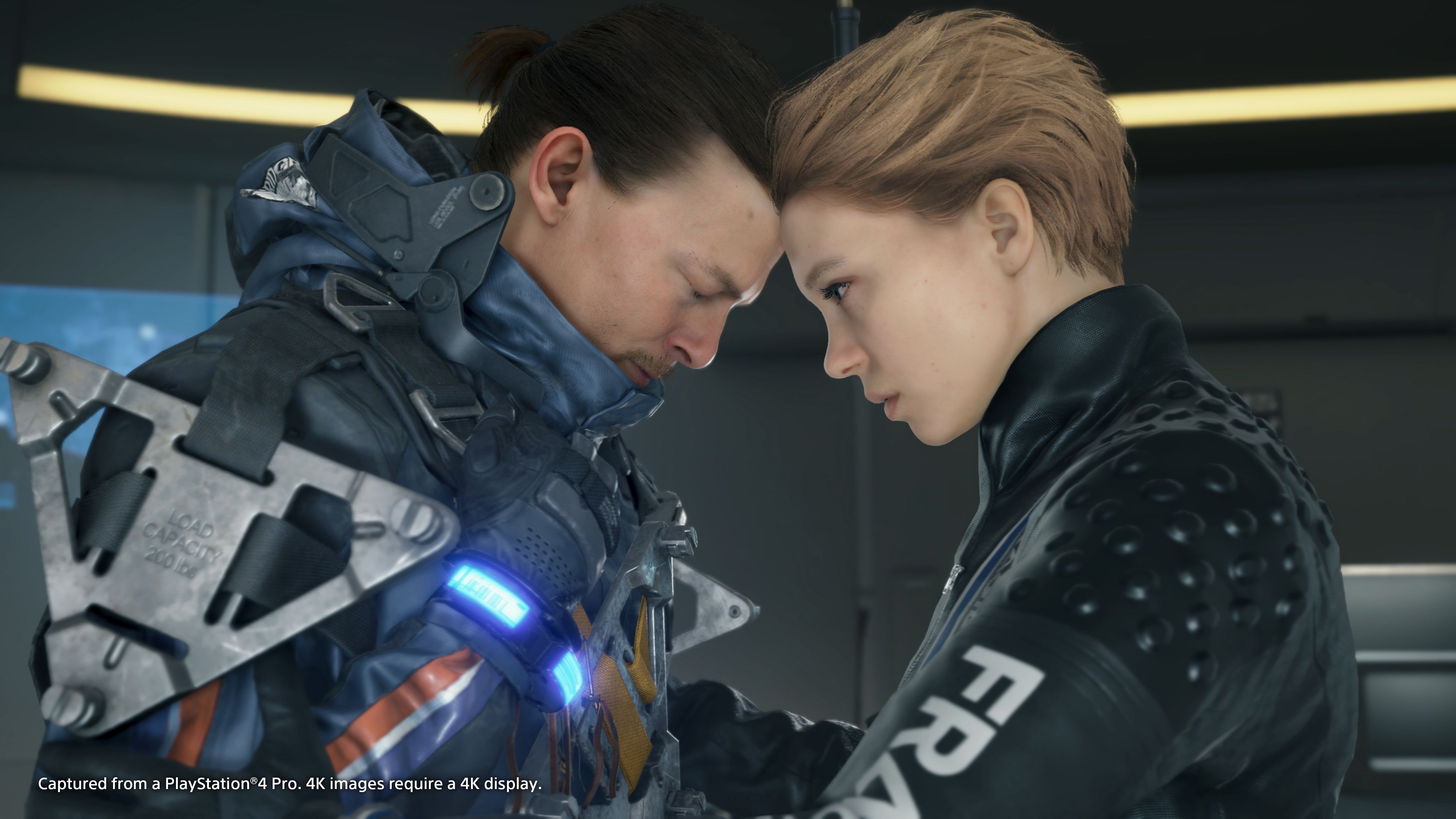 Across PC, PS4, and PS5 it has sold north of five million copies, which is incredibly impressive for a new IP and proof that Kojima is more than capable of dealing out bangers away from the likes of Metal Gear Solid and Zone of the Enders. He remains one of the medium’s most fascinating creators, and that makes the idea of Death Stranding 2 all the more exciting. I dislike the trend of auteurs being placed on a pedestal above the hundreds of people it takes to make a modern blockbuster possible, but Kojima feels like one of the few exceptions to this rule. All of his weird, innovative ideas are present in his open world post-apocalyptic Amazon Prime simulator with little to no filter, whether we’re throwing our own piss at ghosts in the form of grenades or watching Norman Reedus in the shower before downing a six-pack of Monster. Anything is possible in Death Stranding because Kojima has created a studio that enables him, while working alongside a team that supports whatever he comes up with and delivers on it without question.

Death Stranding was an unproven experiment at the time and also one of the most ambitious triple-A titles operating within the traditional system we’d ever seen. Sony gave Kojima a blank cheque and allowed him to create whatever he wanted purely because his exclusivity was more than enough of a draw. I can’t think of many games where the finished product matches up to its reveal trailer so perfectly, making it clear that whatever he had in mind for the game was clear from the very beginning, and its relatively short development cycle was spent iterating upon the initial pitch until it became the game we know today. 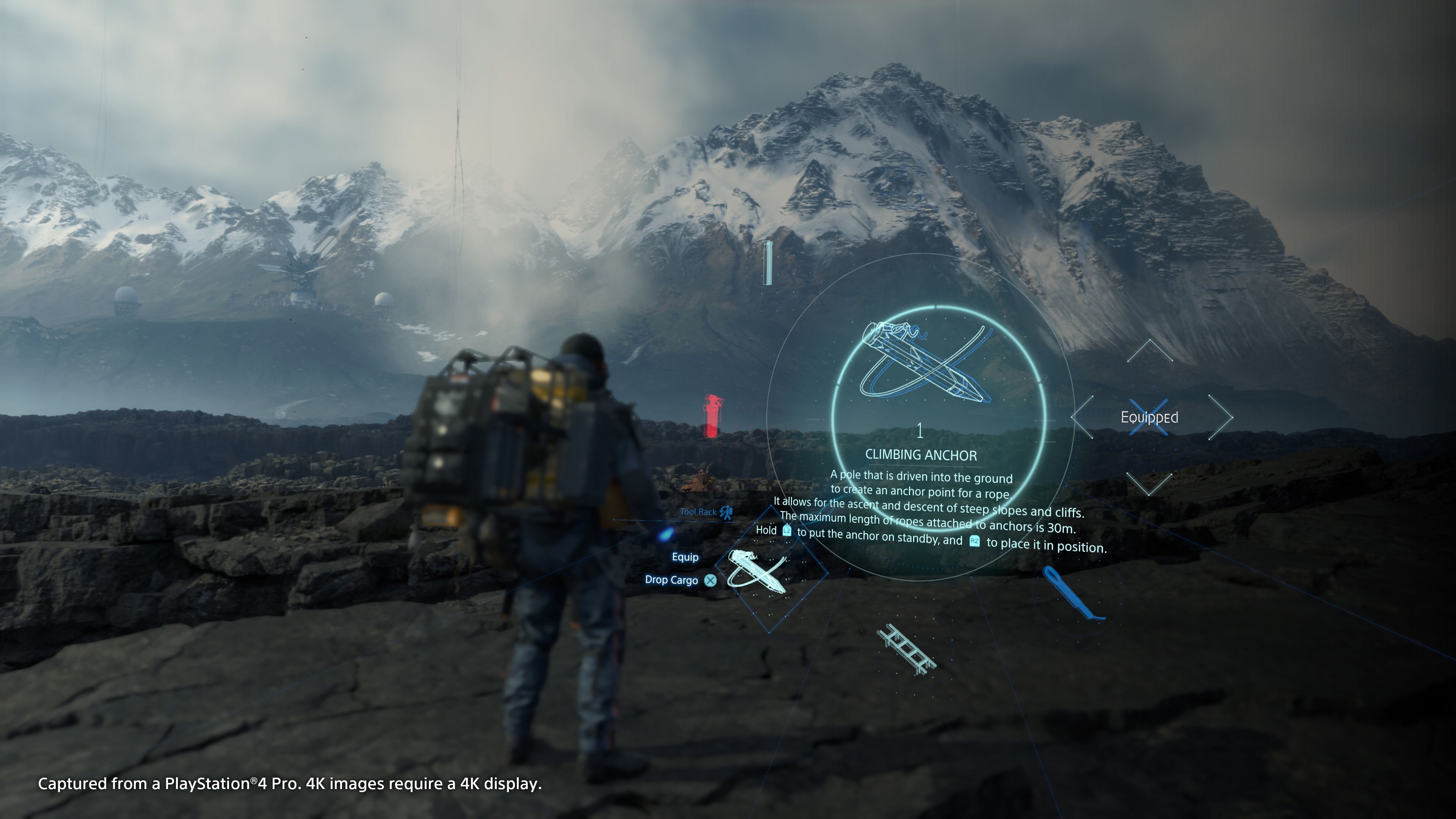 It’s a misunderstood masterpiece, and one that has experienced a critical reappraisal in recent years as new players stumble upon its brilliance and find it to be a strangely refreshing execution of an open world genre that has long grown stagnant. Yet it also felt like the beginning of something, and outside the story many of its excellent mechanics were stitching together a world that ultimately felt empty, even if this melancholic loneliness happened to be a deliberate thematic decision it remains a clear shortcoming.

You often stumble across the empty husks of cities, only ever interacting with fellow human beings in cutscenes or through disparate holograms spread across identical facilities dotted across the landscape. It all feeds into the narrative and worldbuilding, but simultaneously it points to a limited experience, or one that is yet to reach its full potential. This is where Death Stranding 2 comes into view, and how a sequel building upon everything the original game managed to achieve would be monumental. Give Kojima Productions an equal level of freedom alongside a decent budget and watch the project blossom. That’s all we need. 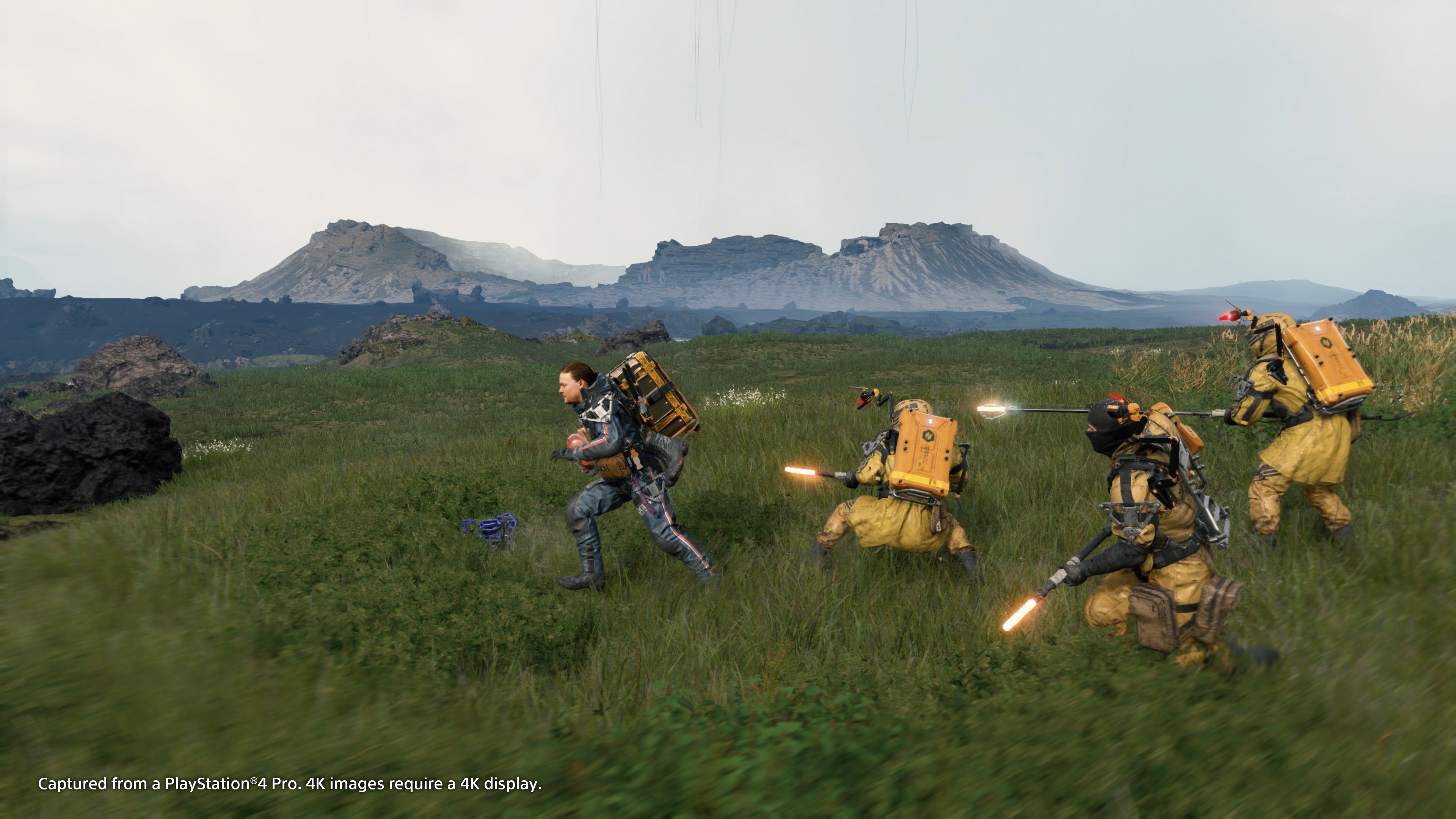 I can’t even begin to think where Kojima will take things, but the socially dependent delivery system present in Sam Porter Bridges’ journey is one that controls beautifully, giving every step meaning as you stumble towards your destination, careful to avoid losing everything you’ve worked for. Fellow couriers would often come into view, while you’d also need to deal with evil monsters and bandits, but so much of the game was tranquil in its atmosphere, allowing the world to become our own. I adore this isolation, but I’d equally welcome expansion with deeper characters and more varied environments that aren’t just a bland mixture of rain, mountains, hills, and desert all populated by the same mixture of spooky monsters you’re desperately trying to avoid. The core systems are great, but with further refinement they could be something special.

As for the narrative and characters, I’m happy for more needless celebrities to fill the ranks and provide us with a story that makes no sense, but we happily come along for the ride anyway. Some of my casting choices include Ryan Gosling, Emma Stone, Anya Taylor-Joy, Jonah Hill, Matthew McConaughey, Jared Leto, Brendan Fraser, and Adam Sandler. Let’s get weird. I’d be more than satisfied with more of the same, but with Kojima we know the end result will be something else entirely. Just look at Metal Gear Solid – across five main entries and several spin-offs not one of them has the same underlying formula. Stealth, the CODEC, and a few other systems remain untouched, but there are always unexpected new ideas front and centre making each game fundamentally distinct. 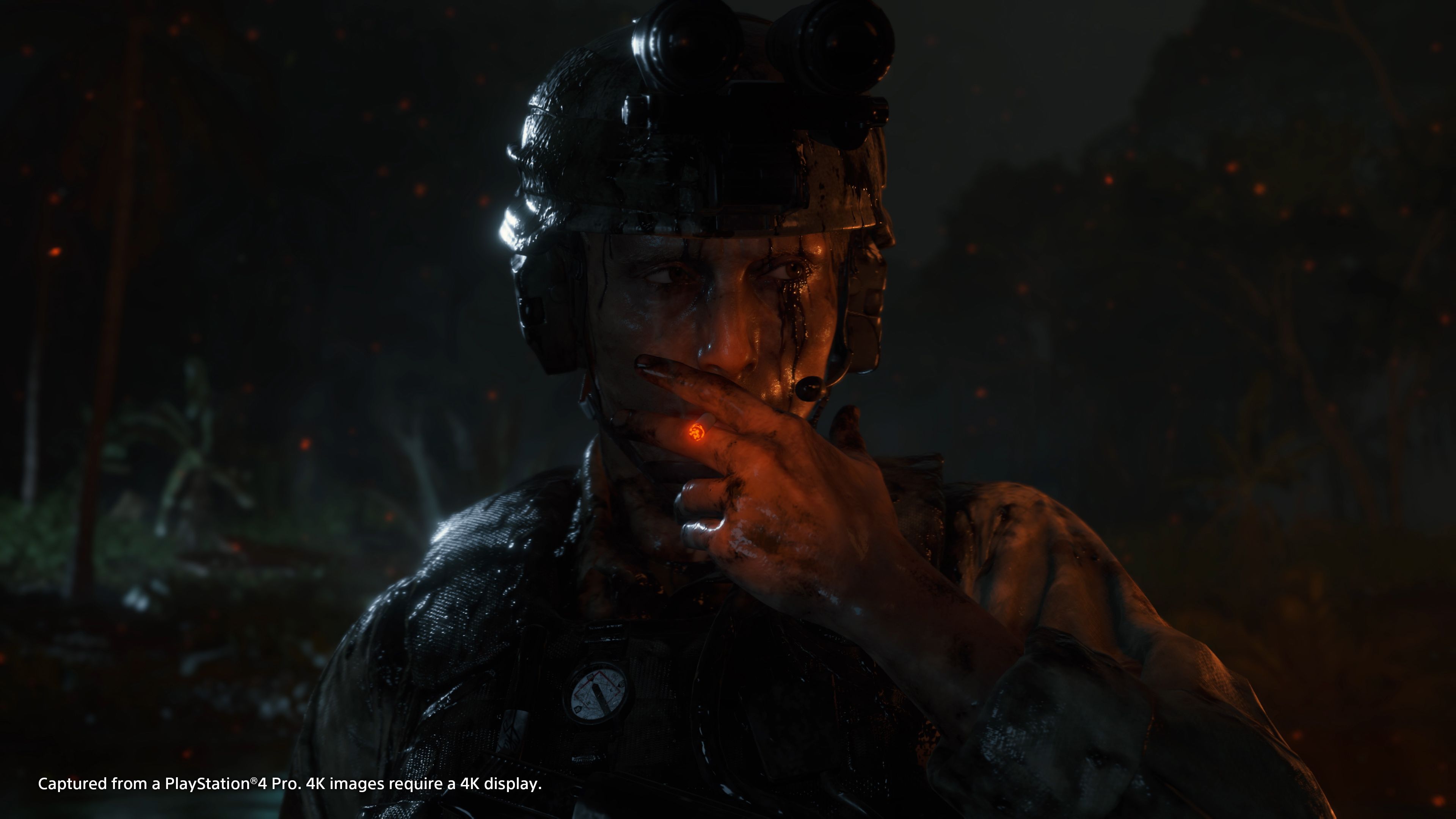 Death Stranding 2 could be anything, and that’s the most beautiful thing any of us could hope for. With its predecessor a proven success, Kojima should have the creative freedom to build upon it in whatever way he sees fit. That’s a dangerous thing to consider, but also such an exciting one. The original game is so brilliant because it was unlike anything we’d ever played before, a deliberate attempt to exist outside the mainstream box while simultaneously standing alongside Sony’s other exclusives with little hesitation.

It’s pretentious, cringey, nonsensical, and so far up its own ass, yet it’s also honest and heartfelt in what it wants to be, and we need more games like that in the triple-A space. Death Stranding 2 could enhance everything its sibling managed to achieve or result in something entirely unique, and I’m more than ready for either of those possibilities.