You are here:
Home / Dear Square Enix, Pretty Please Can You Remaster Dirge Of Cerberus

Square Enix says it currently has no plans to remake or remaster Final Fantasy 7: Dirge of Cerberus. Pour one out for the PS2 spin-off doomed to spend the rest of time in relative obscurity. Goths like Vincent Valentine just don’t have a place in the modern era.

In a recent interview with Famitsu, Tetsuya Nomura made it clear that a revival of the polarising shooter wasn’t on the cards. Not because the company isn’t interested in helming such a project, but from an economic perspective it just doesn’t make sense right now. This is Square Enix though, so goodness knows what sensible spending is in the eyes of a publisher who doesn’t view a game selling over six million copies as a success and gave franchises like Tomb Raider and Deus Ex away for a pittance. Nothing makes sense.

Whatever the reason, Dirge of Cerberus won’t be joining the Crisis Core remaster in the years to come as Final Fantasy 7 Rebirth plans to both connect all events from previous games while forging a new path of its own. Intergrade’s Episode Intermission already made the spin-off canon in this new vision, with characters such as Weiss and Nero being made available as optional boss battles while also playing a small yet clear part in the overall narrative. Knowing this, it’s more than aware the game exists. 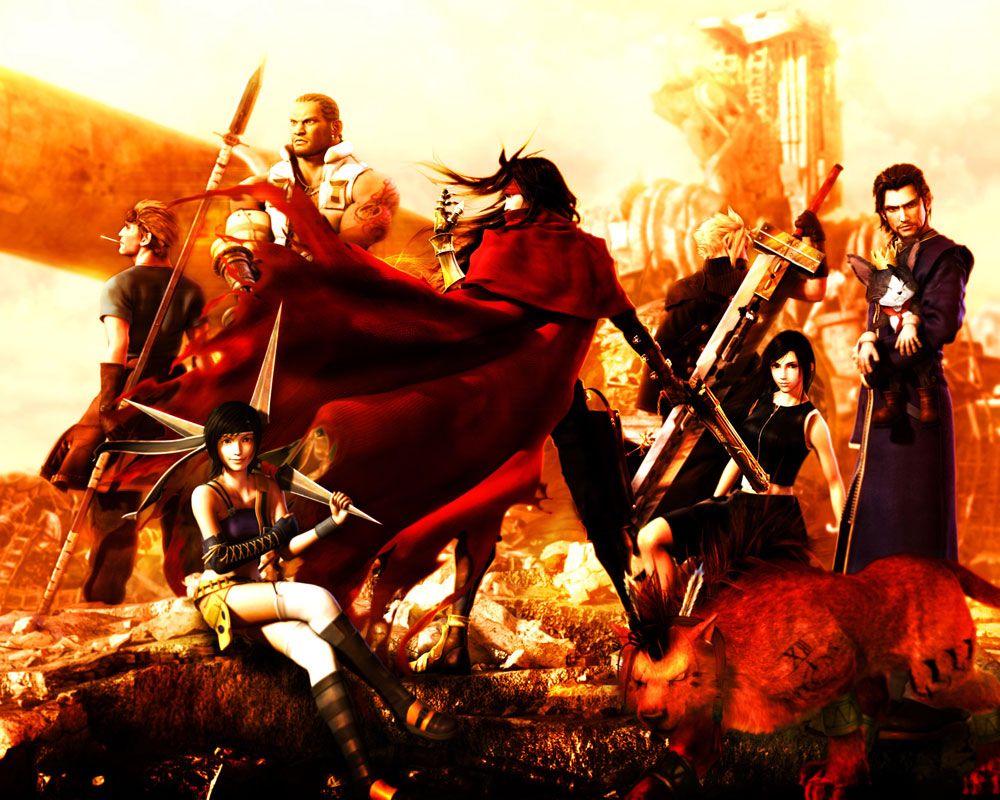 Yoshinori Kitase said that Advent Children acts as the foundation for this new interpretation of the beloved JRPG, and in the years since that statement has been proven true time and time again. I watched that film so much as a kid, fascinated by how it expanded upon the classic game in an era where spin-offs were seeping from the walls, but a fully-fledged remake still felt impossible. A tech demo for the PS3 teased this project, but it wasn’t until 2015 that it started to become a reality.

But before FF7 Remake came Dirge of Cerberus, a title that built upon the philosophy of Advent Children and sought to reboot antihero Vincent Valentine and surround him with characters that feel more Kingdom Hearts than Final Fantasy. It’s a wild game, and also not a very good one if we’re being blunt. It saw veteran developers jump into an entirely new genre for the first time with no experience, and that shows in every aspect of its repetitive gameplay and disparate storytelling that tries in vain to string together something coherent in the midst of all its angsty emo chaos. If Welcome to the Black Parade was a video game this would be a pretty close contender. 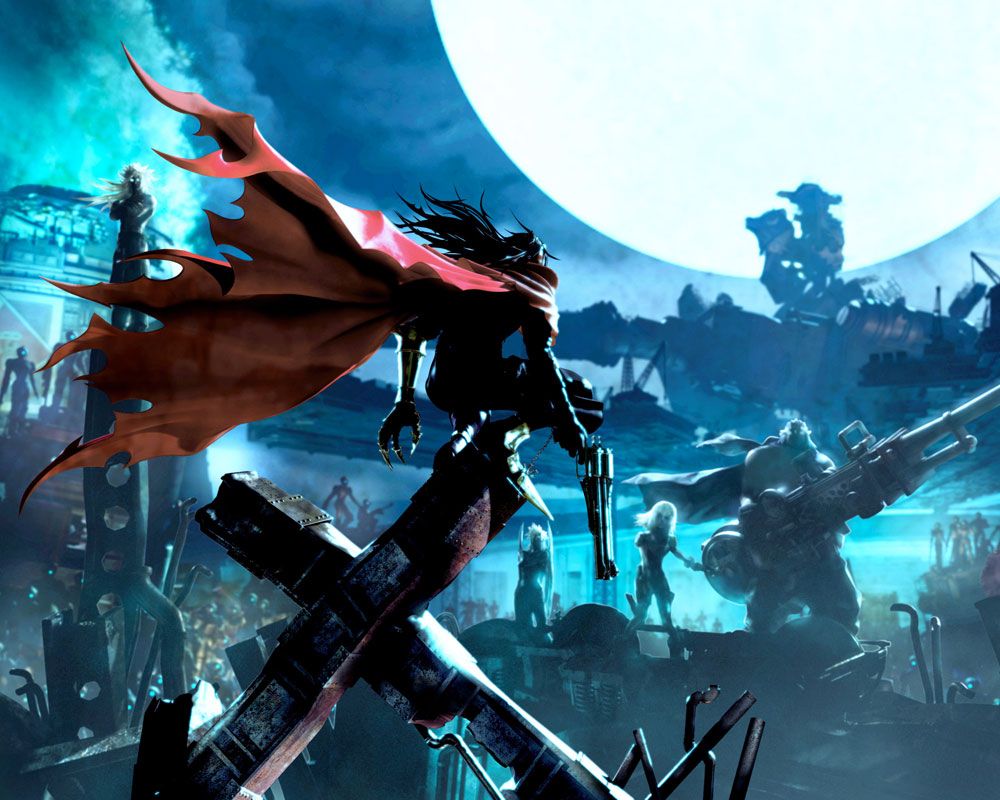 Dirge of Cerberus was a third-person shooter before the days of Gears of War and shortly after Resident Evil 4, with the genre yet to be reinvented and made easier to stomach on consoles. Square Enix was putting massive amounts of resources into a project that from the very beginning felt misguided. It was pitched as a direct sequel to Final Fantasy 7, with a number of returning characters and narrative strings that we’d waited almost a decade to see addressed. Except we weren’t playing as Cloud, Tifa, or Barrett – but an optional character some casual players might have never seen before.

Vincent Valentine is edgy, cool, depressing, and has the perfect set of powers for a shooter like this, so on the surface I can see where the creators were coming from. The end result was ambitious but flawed, yet it remains a relic of history we owe it to ourselves to remember. It was one of the last major pieces of media associated with Final Fantasy 7 before Square Enix decided to abandon its forward trajectory. Its first attempt at a spin-off didn’t work despite decent sales, and thus it was ignorantly convinced that fans weren’t interested in seeing more from this universe. We absolutely were, just not in a form that felt so far away from the game that started it all. In 2022 it’s fascinating to look back at all these failures and how, in some strange way, they helped assemble the vision of Final Fantasy 7 Remake as the publisher learned from its mistakes and sought to create something magical. 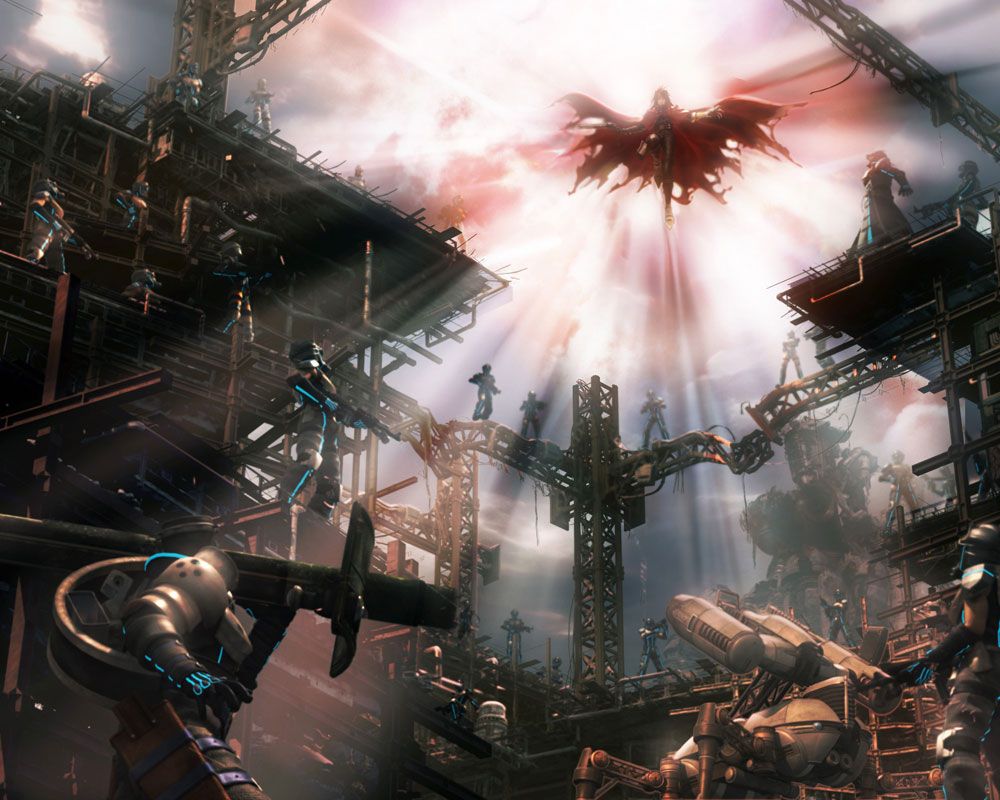 Crisis Core stands alongside Dirge of Cerberus and experienced far more success, but even that is viewed as a strange departure from canon that fans either love or hate. Now it’s coming back, and as a consequence brings its sibling into the conversation along with it. Square Enix has made it abundantly clear that it won’t be receiving a remaster, but goodness me a revival like this has a bunch of potential, and would express a willingness from the company to have fun with past shortcomings as it grows this universe.

Jazz up the visuals, update the controls, and keep the story untouched if it fits in with the wider planned canon. Final Fantasy fans are far more self-aware nowadays, happy to accept the melodramatic nonsense that makes up much of the storytelling and characters while still investing themselves in it all to an obscene extent. We’d do the same with Dirge of Cerberus, laughing at its ludicrous decisions while crying as our precious emo boy is suddenly put in danger. For now, I’ll stick with my PS2 copy, but will continue to hold out hope that a remaster will emerge in the coming years.