You are here:
Home / Darktide Is Running Yet Another Bizarre Beta Test

Darktide Is Running Yet Another Bizarre Beta Test

I was not impressed with the October Darktide beta, which seemed to be an extremely limited sample that didn’t reflect what studio Fatshark had described the game to be at all. The beta featured just four, unchanging missions with bland scavenger-hunt side objectives, poor progression systems, and very few improvements over the studio's previous, beloved game, Vermintide 2. There was no variety in the missions like Fatshark had promised, no interesting build options, very limited weapons, no commendation chests, no scoreboards, and no crafting system. Betas are not representative of the full game, but it felt like this was a completely different game from the one Fatshark had promised.

Despite a bad first impression, I was still looking forward to launch, especially when the studio announced that it would be offering early access as a pre-order bonus. Like many online games, Darktide had a soft launch, which is still considered beta, a couple of weeks ahead of the official launch. Unlike other games, Darktide’s content is releasing in stages throughout that beta period, adding small chunks of content every few days leading up to release. If you started playing when the new closed beta started last Thursday, you would have found a nearly identical experience to the last beta. Even though Darktide is playable, we won’t have a full picture of what the game even is for nearly two weeks. Fatshark gave itself a second chance to make a first impression, but what you can play today isn’t any better than what you could play in the last beta – and in some ways, it’s worse.

A “what to expect” blogpost linked in the launcher outlines the roadmap for the closed beta, which is divided into three weeks, even though Week 1 and Week 3 are just four and three days, respectively. Week one has four “changing” missions across 4 zones as well as the Power Supply Interruption and Ventilation Purge conditions, which are modifiers that add additional challenge to missions. That, and the returning scavenger-hunt side quests, seem to be all that constitute calling these “changing” missions. Three of these missions are new and not repeated from the last beta, there are some added cutscenes as well as stability and UI improvements, but by and large, this is the same experience that was offered in October. 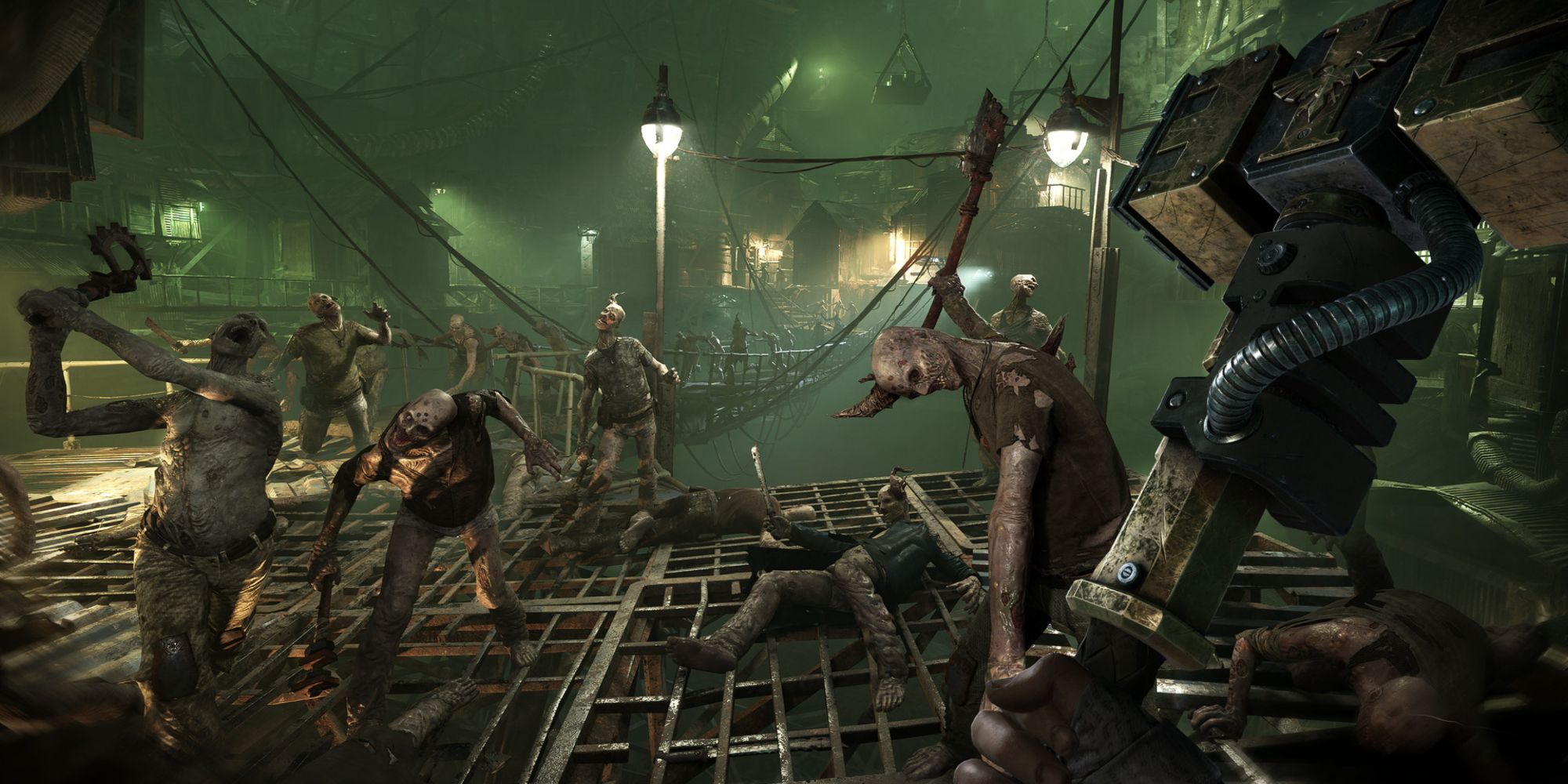 The new missions on showcase are good and add some fun variety, like a new slug-like mini-boss called The Beast of Nurgle that is pure nightmare fuel. But some of the changes make the game feel worse. The mage-like Psyker class got significant nerfs that prevent it from spamming its head-exploding ability, movement speed has been seemingly nerfed across the board, and it feels like you can’t suppress ranged enemies anymore unless you’re literally standing on top of them. While performance has improved, the game somehow feels more sluggish than before.

Four days later on November 21, four more missions were added. In a week, two more missions will be added before the game goes offline for half a day in preparation for global launch, which will have a total of 13 missions, one new zone, and new conditions. The blogpost concludes with a message about progression, which Fatshark hopes to maintain between the beta and launch, but reserves the right to wipe everyone’s account “in the event something unforeseen or critical happens.” It’s a beta, after all.

The problem with soft launching a game like this is that it conflicts with player expectation. The industry has been careless with the term beta, using it too often as a marketing technique. That seemed to be what Fatshark was doing too, since the beta leads right into launch with only a few hours of downtime. Players are understandably confused and disappointed to find that only a fraction of the game is available. Even if it's a genuine beta the studio is using to collect data and feedback, the fact is that people had to buy the game to get in. If you have to buy access to play, then it doesn’t matter if they want to call it a beta – you’re just doing a thing called ‘buying a game’.

The opening weekend of the closed beta and the slow rollout of content does not inspire confidence, especially after the last lackluster beta test. I’m not seeing the mission variety, the character progression, or interesting gear options that Fatshark described before, and I’m not particularly motivated to grind the same handful of missions with so little payoff for two weeks, especially when there’s a chance progress might get wiped again anyway. Normally I jump on early access whenever it's available, but at this point I might just hold off on Darktide until the official launch on November 30, that is, if the optimization and stability improves by then – which is a completely separate issue. That’s a weird place to be in for a game I’ve been looking forward to for so long, but I’d rather experience everything it has to offer than this weird, hollow version that’s still so limited in scope and progression.