The main story of Dark Souls 3 revolves around the Lords of Cinder, who are located in different areas of the game. The protagonist leaves on a quest to return the five Lords of Cinder to their thrones at Firelink Shrine to link the flame and bring back the Age of Fire once again.

Abyss Watchers is a main story boss in the game that you will encounter inside Farron Keep. The fight will be your first challenge, especially because the fight has two enduring phases. Here is all you need to know about Abyss Watchers. 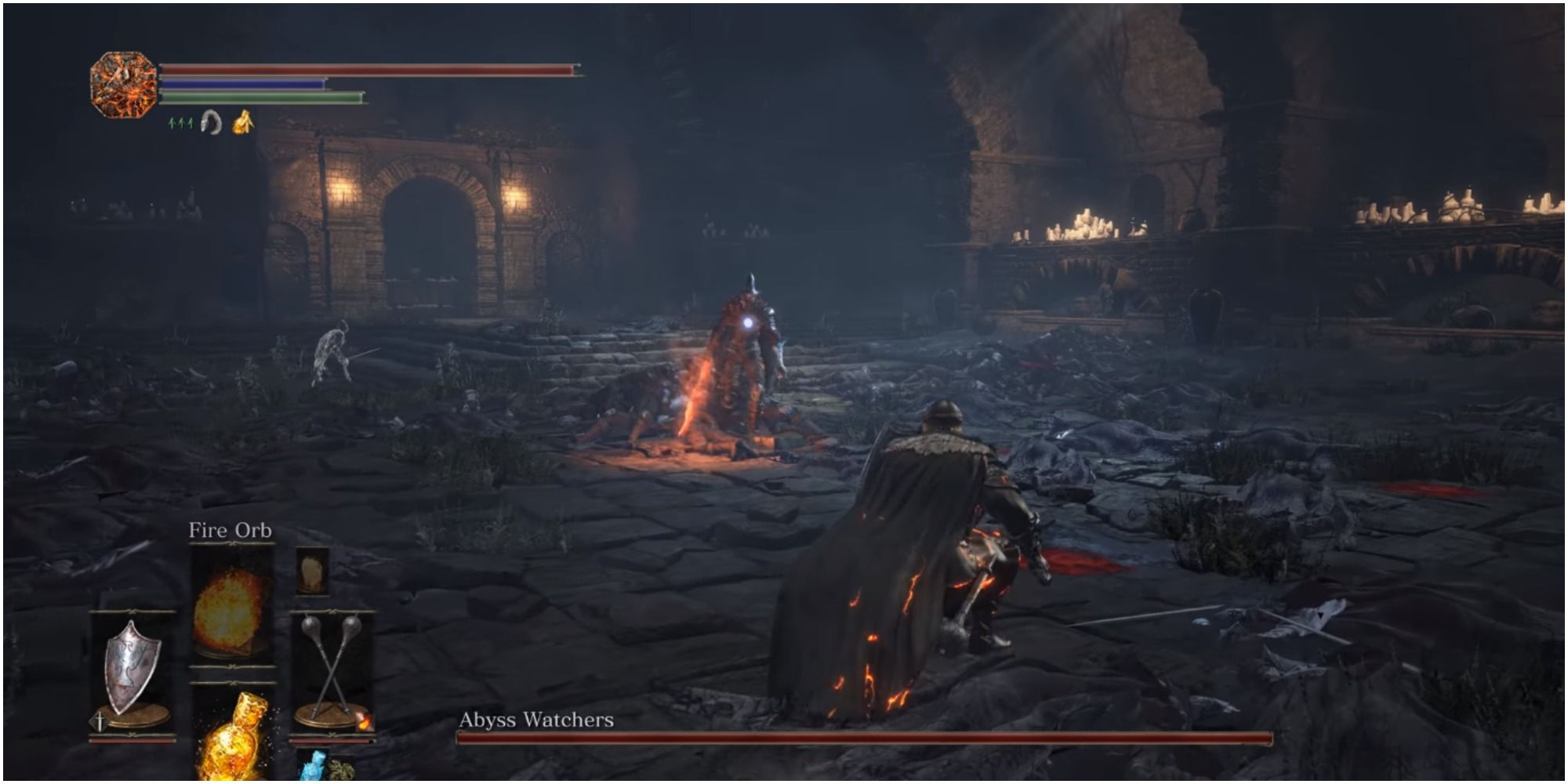 Abyss Watchers are located in Farron Keep. The boss fight is not optional, and defeating it is mandatory in order to gain access to the next main area. Defeating the boss will get Cinders of a Lord that you have to place on the thrones in Firelink Shrine. You also get Soul of the Blood of the Wolf, which you can sell for 20,000 Souls or can transpose it creates Farron Greatsword or Wolf Knight's Greatsword.

For Summonable NPCs, you can summon Sirris of the Sunless Realms after speaking to her for the second time in the Firelink Shrine. Another NPC you can summon is Yellowfinger Heysel. You can summon her if you finished her Invasion and have given 1 Pale Tongue to Rosaria. Black Hand Gotthard's summon sigh can also be located near the boss arena. 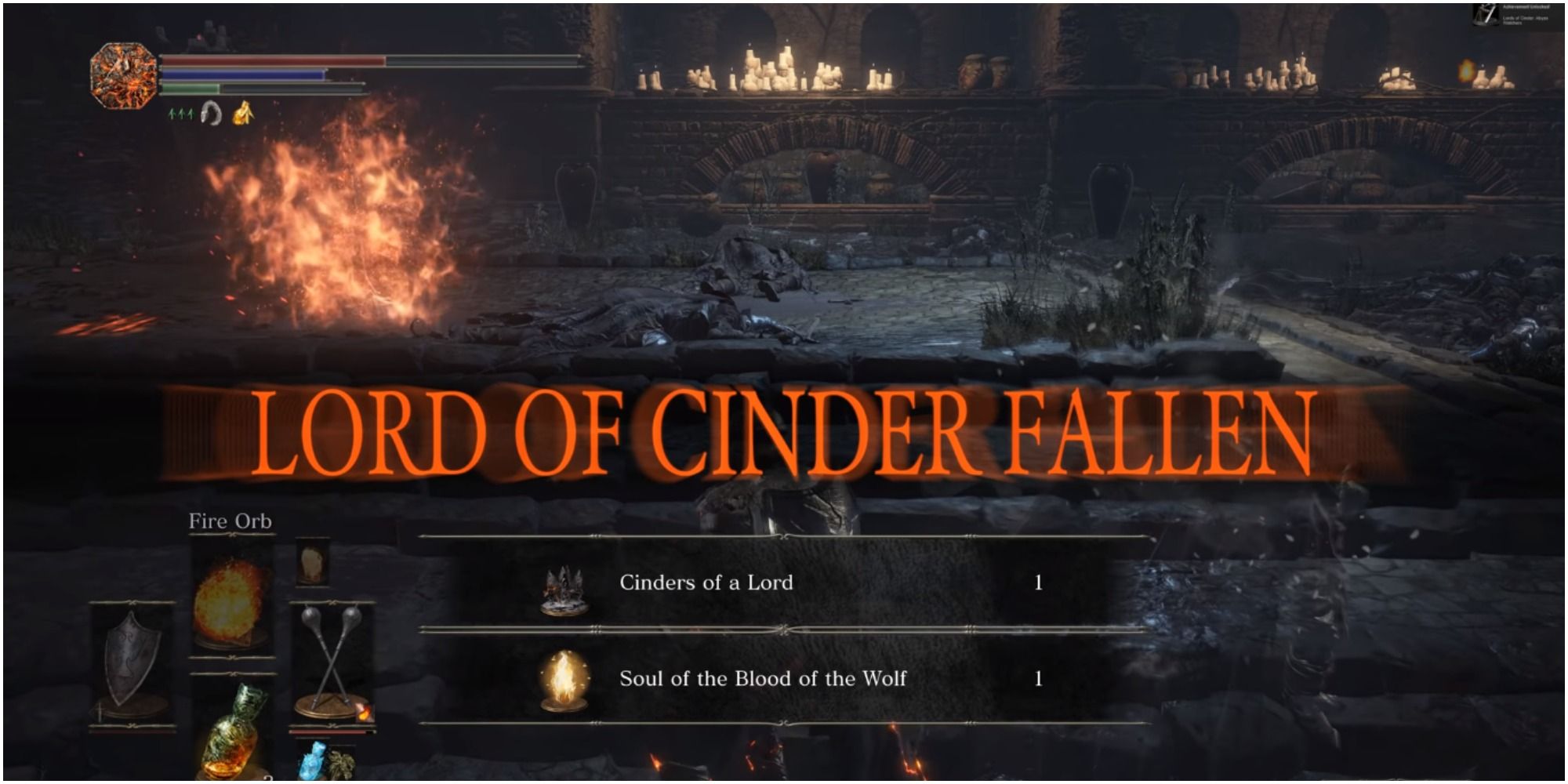 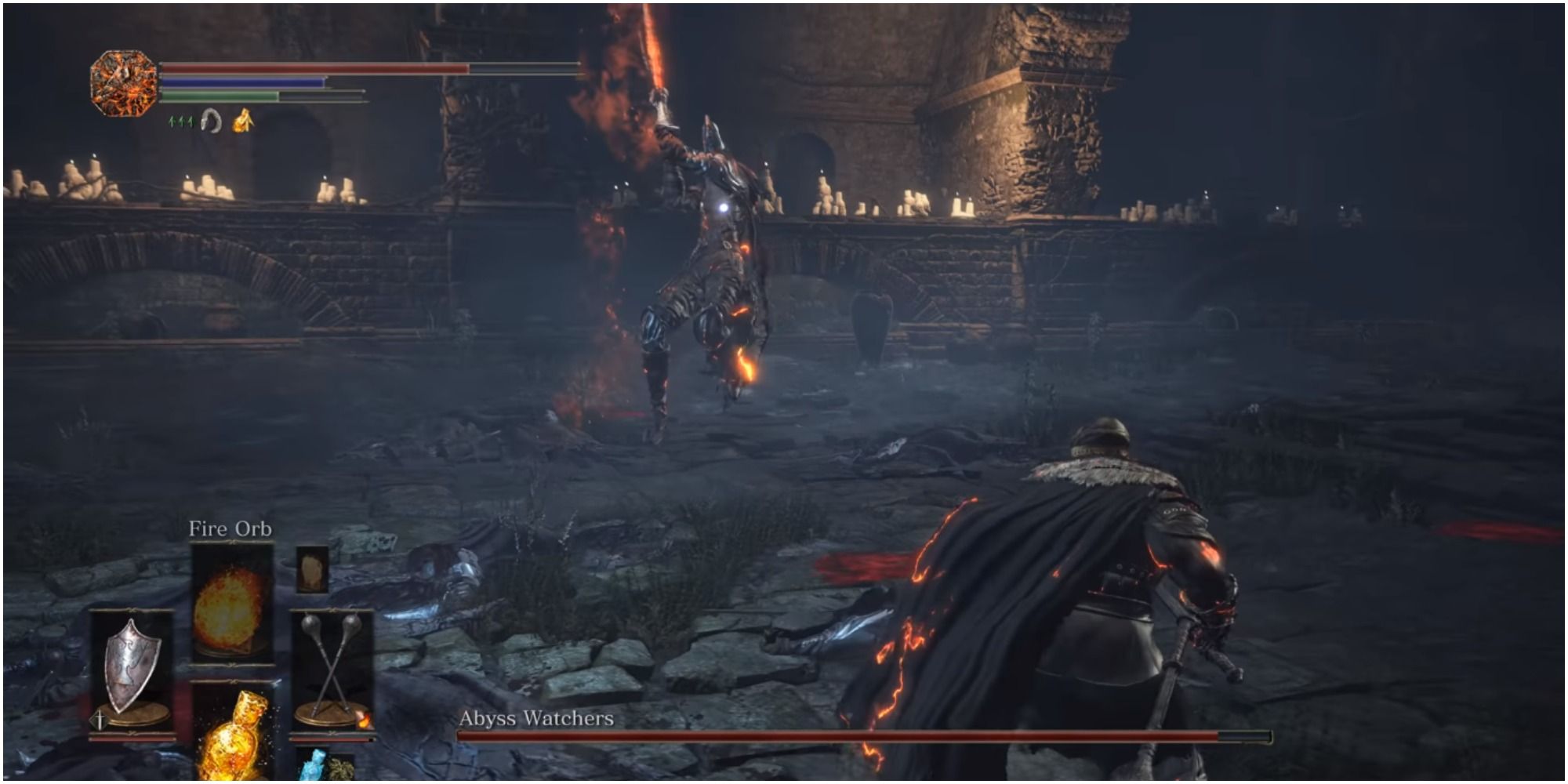 There are two phases of this fight and a variety of moves:

Abyss Watcher swings his sword upwards, causing the player to get knocked down.

The boss dashes at the player and swings his sword around himself. This deals a lot of damage if you get hit by it.

Abyss Watcher jumps up in the air and slams down his sword on the player.

The boss dashes at the player, causing a large trail of fire to start behind him. Try to roll away from the trail to avoid taking any serious damage.

Abyss Watchers uses a flaming sword to attack you using a combo. Some of the attacks are delayed making dodging them harder. 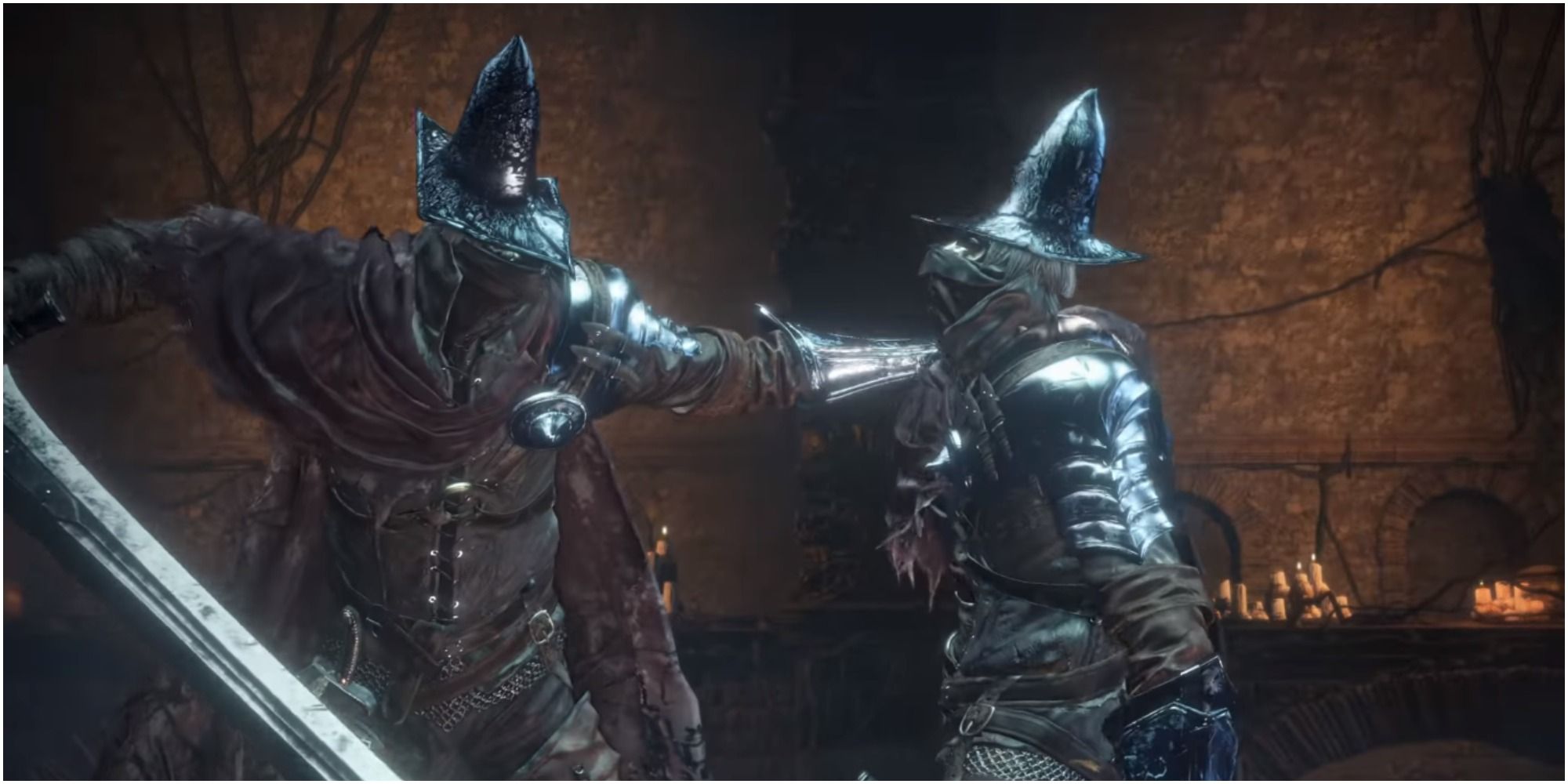 A good part of the first phase is that a third Abyss Watcher, who has red glowing eyes, will soon rise. At first, the player can get alarmed by three enemies, but this is to the player's advantage as the glowing eyes boss is neutral to all and will try to kill the other Abyss Watchers as well. You can take this time to attack the bosses and deal serious damage before the red glowing Watcher dies.

As the Watchers fight, you can Backstab the boss to deal serious damage. Also, parrying the bosses is also an option. The bosses are easy to Parry, and if the parry is successful, you can riposte the boss for severe damage. The enemy is strong against Bleed, so it is advisable not to use a weapon with high Bleed.

For ranged casters, you will need to kite the bosses while casting your spells. Summoning an online player can help you to attract bosses. When the glowing eyes Watcher spawns, you will get more time to cast spells while the other Watchers try to take the enemy Watcher out.