If the classic Grand Theft Auto 2 ever had a head-on collision with the cyberpunk genre, the explosion would probably result in Glitchpunk, the new video game recently announced by developer Dark Lord and publisher Daedalic Entertainment. The top-down dystopian action game is currently scheduled to careen into Steam Early Access sometime in the first half of this year.

With its cyberpunk theme and the look and feel of old-school GTA 2, Glitchpunk will let you “shoot, brawl, drive, steal and sneak yourself through a neon-soaked world full of gangs and cults, forging cooperations along the way,” according to the press release. You’ll get your first chance at test driving the game with the demo that’ll be available during the Steam Games Festival, which is set to run from February 3-9 this year.

Glitchpunk is set in a dystopian near-future, where you are uploaded into the role of “a glitching android going against your own programming.” As you might expect from a GTA-inspired game, you’ll encounter plenty of “drug-crazed gangs, aggressive police, and irresponsible drivers” while you’re out performing various missions against megacorporations and repressive government factions. But more than that, you’ll also experience a thoroughly modern storyline involving “transhumanism, xenophobia, and religion,” as well as “relationship, self-discovery and betrayal.” You’ll have the ability to affect the story through your choices, resulting in changes to the game world, the addition of new friends and enemies, and possibly even finding love.

Glitchpunk will feature a variety of weapons and other implements of destruction for you to use through the settings of four different cities, including the desert ruins of an American city, and a post-nuclear winter cyberpunk city somewhere in Soviet Russia. You’ll of course have access to numerous cars to get to and around these cities in, and you’ll be able to find and drive many other types of vehicles, such as buses, motorcycles, tanks, trains, and trucks. And with the game’s 10 wanted levels, you’ll most likely be making use of all of them quite often. 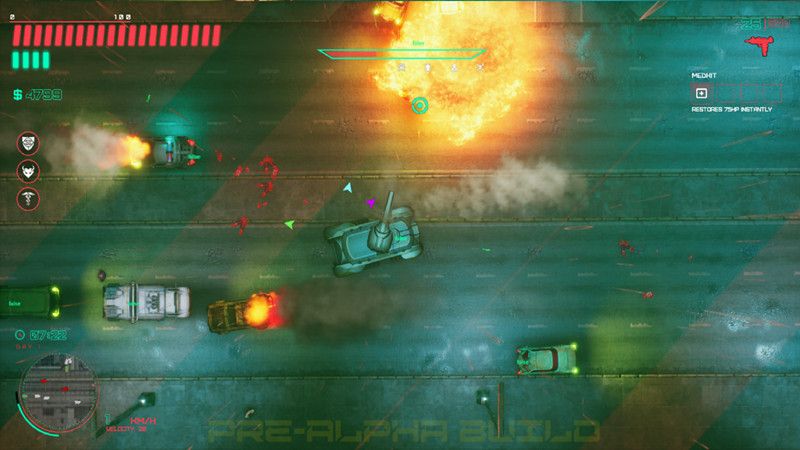 Other Glitchpunk features include a hacking system that will allow you to take over common devices and other android citizens as well. A total of 12 gangs inhabit the game, and each has its own culture, story, and agenda. How you choose to interact (or not) with these gangs will play into which one of the multiple game endings you wind up with. An in-game radio station will also be available, playing a mix of artists from all over the world, along with news and goofy commercials. 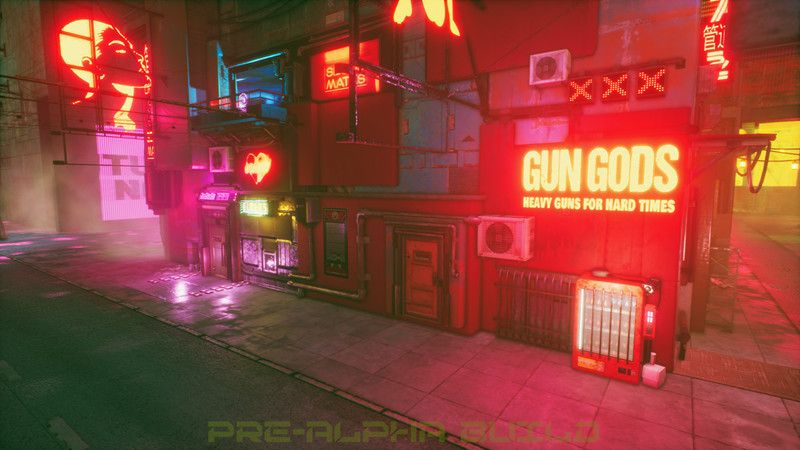