Whether brought about by announcing stuff too early, the pandemic stunting development, or a little bit of both, a number of games have suffered substandard launches over the course of the past two years. However, despite the failings of others, Cyberpunk 2077's arrival stands alone. At no point has that deterred CD Projekt Red from trying to make Cyberpunk the massive success it was always supposed to be, and the arrival of its next-gen versions appears to have given it another nudge in that direction.

That's according to CDPR which published its financial results (thanks, Twinfinite) this week. The studio boasted the success of Cyberpunk's next-gen/1.5 update, pointing to the massive increase in digital sales of the game on PlayStation and Xbox. The respective consoles' corresponding chunks on the chart are significantly thicker, but there's a slight problem.

There are no numbers on there, nor were any exact numbers reported by CDPR. Just a slide in the report showing that sales improved when the next-gen version launched, which you would certainly hope would be the case. As for what the chart means in terms of numbers, Forbes did a little analysis in an attempt to better understand just how big a hit making Cyberpunk look better on PS5 and Xbox Series X actually had. 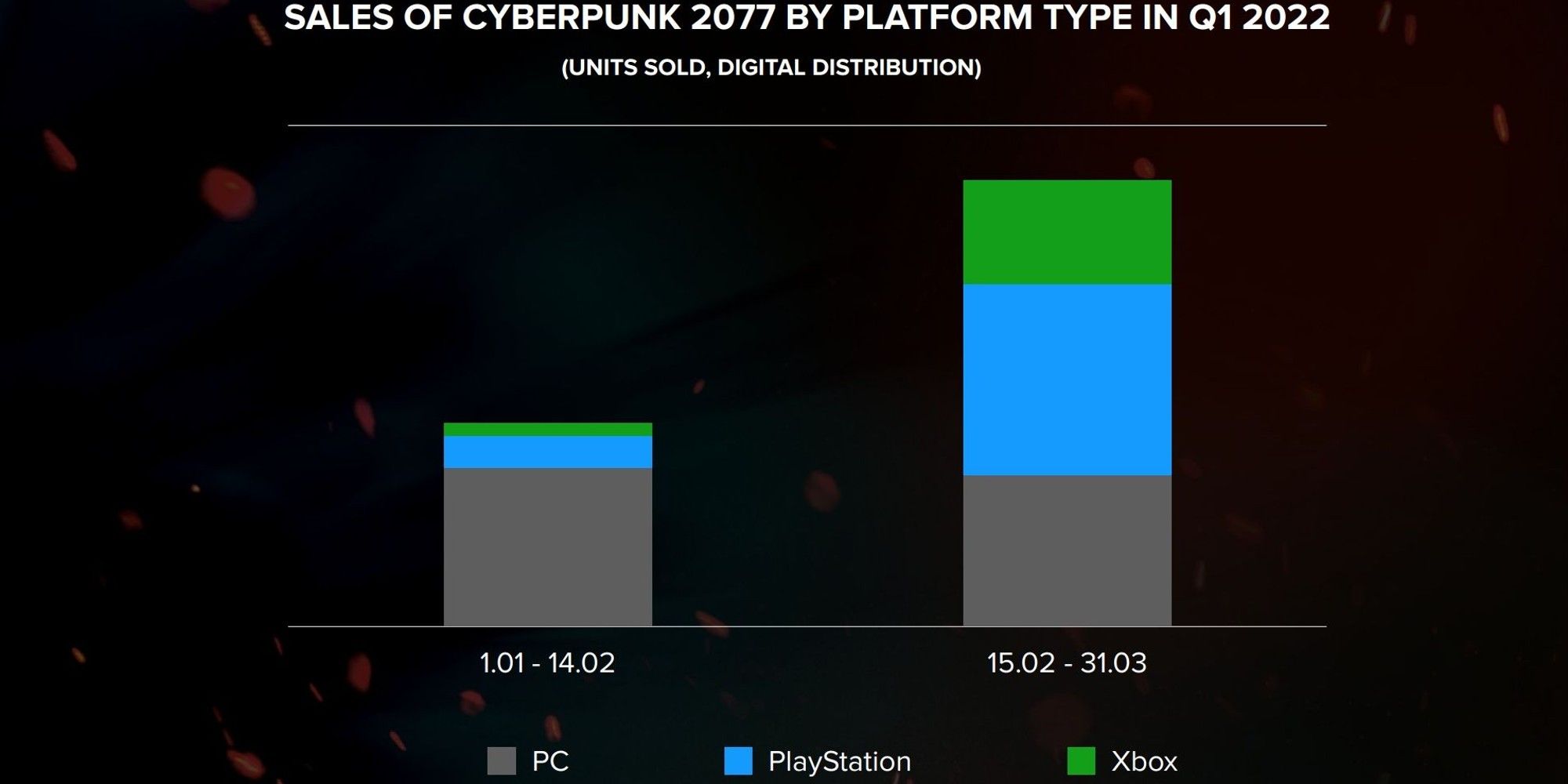 Turns out quite a bit. By separating the chunks in each bar on the chart, it was determined that PlayStation sales of Cyberpunk increased by 600 percent post update compared to pre-update in Q1 2022. The verdict is even better on Xbox with a jump of 800 percent. A slightly clearer picture, but again, the exact numbers have not been divulged. That could mean 1000 copies were sold on each console pre-update and then 6000 and 8000 after the fact, or it could mean 10,000 turned into 60,000 and 80,000.

Whatever the exact numbers, CDPR's plans for Cyberpunk's future remain the same. More updates to improve the game throughout 2022, and the first, and perhaps only, major expansion in 2023. Only because even though a lot of time is still being pumped into Cyberpunk, CDPR's focus is slowly starting to shift. The Witcher 4 has now left its research phase, meaning more of the team at the studio will be starting to work on it. Oh, and don't call it The Witcher 4. CDPR doesn't like that.