Would you like five whole minutes of Cyberpunk 2077 gameplay? Of course you would. So here’s CD Projekt Red with a brand new trailer that’ll help us all get ready for Cyberpunk.

There’s a lot to unpack here, starting with swimming. No previous trailer really showed off Cyberpunk’s swimming, which appears to be actual gameplay and not a cinematic cutscene. You can add that to the list of Cyberpunk activities, including walking, running, and shooting giant robots in their faceplates.

Next up, character selection and customization. This got leaked from a German trailer a few days ago, but now we get to see it in English.

Cybernetics are going to be a huge component of Cyberpunk, so it’s no surprise that the trailer showcases the cybernetics screen. Here we see that V has three slots for his Frontal Cortex, one slot for his Ocular System, three more for his Circulatory System, two more for his Immune System, two for his Nervous System, three for his Integumentary System (skin, hair, nails, etc), two more slots for his skeleton, and one cybernetic upgrade slot for arms, legs, and operating system.

Each cybernetic upgrade will enhance some of V’s attributes or skills, which brings us to the Attributes screen.

Just like the Cyberpunk tabletop RPG, you have Body, Reflexes, Technical Ability, Intelligence, and Cool to assign attribute points to. Each attribute point seems to increase your ability to apply perk points in that attribute’s skill tree. We see that the Reflexes tree includes Rifles, Handguns, and Blades, which might denote the three weapon types of Cyberpunk 2077. 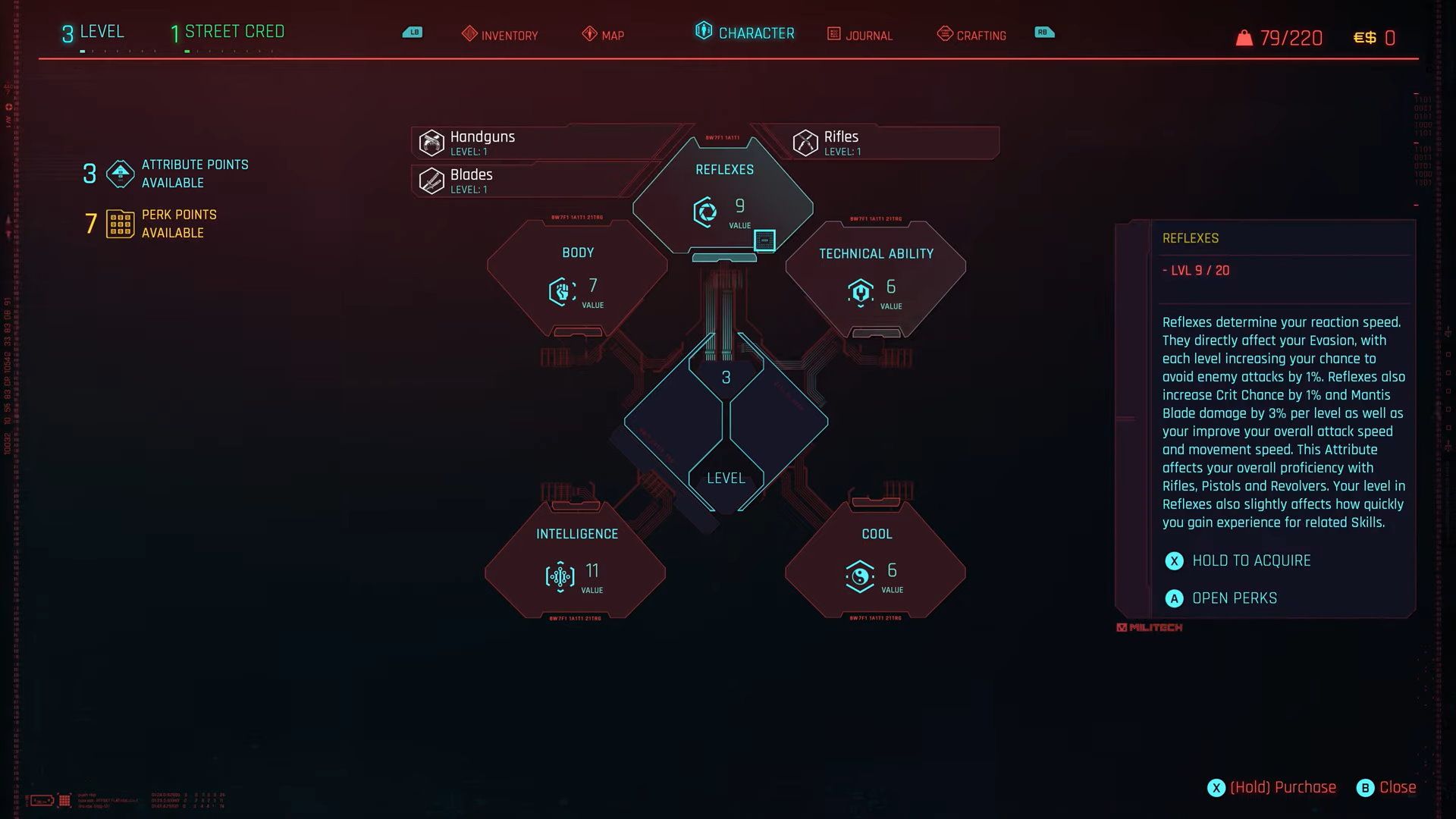 Hacking? We got hacking. V sends a tiny robot into a building’s security system and hacks an enemy thug so that he blows his own brains out.

Last is the Inventory screen where V can choose what guns and coats he brings to the party.

And best of all, the trailer ends without any new delays. Cyberpunk 2077 is still coming on December 10, 2020. Mark your calendars and start booking your holidays.