You are here:
Home / Curseball Is A Super Challenging Indie Game Where Things Just Keep Getting Worse And Worse

When you start a game of Curseball, the titular cursed ball bounces lazily around the screen and you don't have to worry too much about hitting it. It's kinda like that old DVD player screensaver where the logo drifts from corner to corner—except here you have to kill that logo. This is the entire premise of the game: hitting and destroying the ball before a timer runs out. But play for a little longer and the true depths of Curseball's evil reveals itself.

The first few maps are big and pretty easy. You can run around chasing the ball with little fear of falling off the edge and dying. But then the level becomes a maze, a series of narrow pathways, or parts of it start moving around beneath your feet. Then Curseball becomes a game of precision and skill, forcing you to nimbly hop around after the ball without slipping into the deadly void below. If that sounds difficult, I've got bad news for you: it gets worse. Much worse.

This is where the curse in Curseball comes in. Clear a set of levels and you're presented with the Wheel of Curses. Stop it spinning and one of 14 random curses will be cast on you, making the game harder. The Curse of the Roundabout places a spinning death laser in the centre of every level. The Curse of Rain makes deadly life-sapping droplets fall from the sky. Trigger the Curse of Scans and a vertical laser sweeps across the map, forcing you to leap over it. 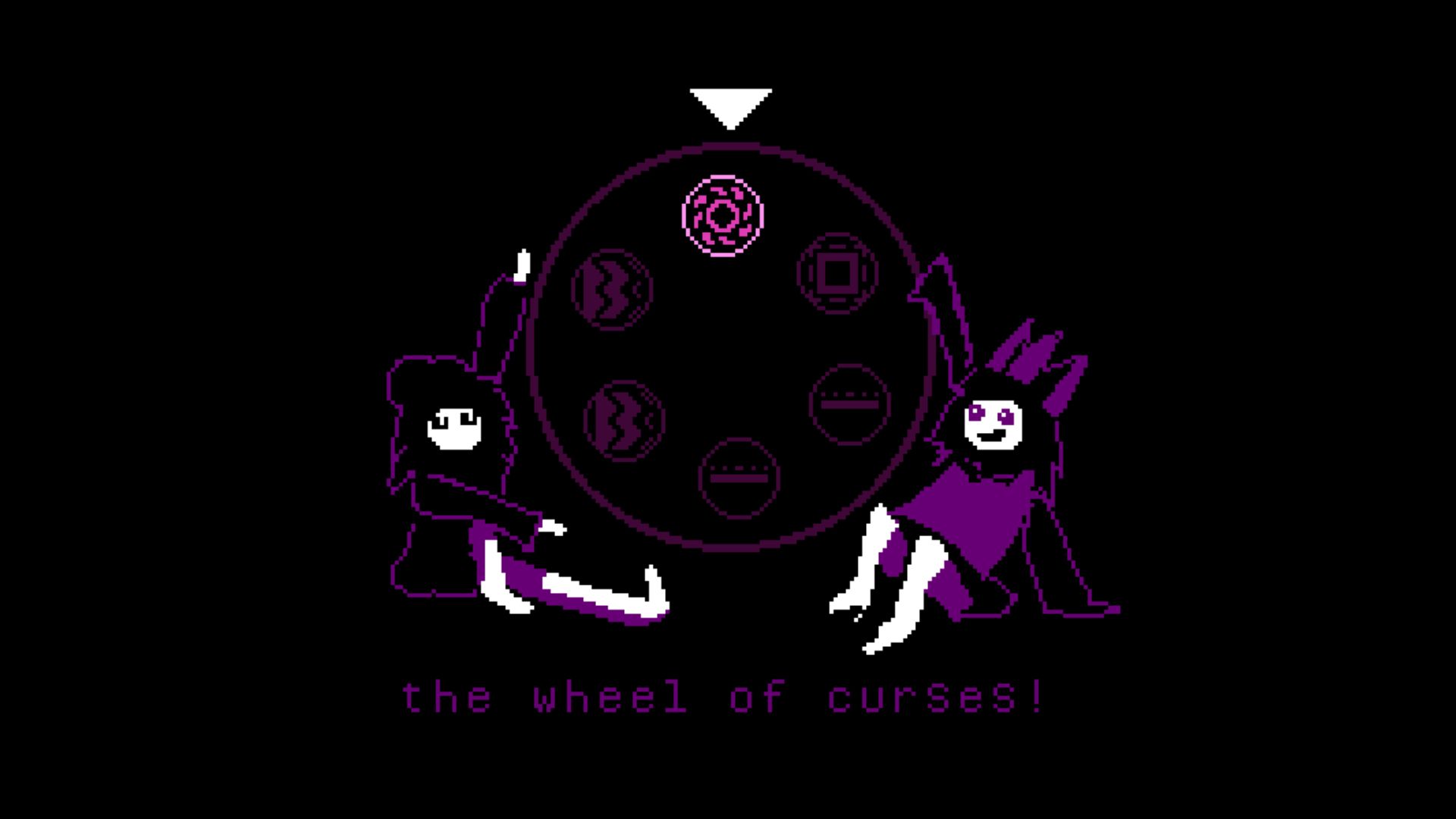 Curseball is essentially a game about things getting incrementally worse for you. Not only do you have to keep your eye on the ball as it pings around the level and whack it before the timer runs out, but you have to worry about falling into the abyss and dealing with the curses—which, in the game's most evil flourish, stack on top of each other. After a while it becomes majorly, stressfully hectic, and I admit that at a certain point I tend to just crumble and give up.

Curseball is an incredibly fun arcade game, and the random nature of the Wheel of Curses makes each run feel wildly different. It's a delight to look at and listen to as well, with vivid pixel art, a selection of stylish switchable colour palettes (more of which you can unlock as you play), and a catchy drum and bass soundtrack that's been bouncing around in my head all day. It feels wonderful too, with satisfyingly crunchy screen shake, smooth animations, and tight controls.

Curseball was created by indie developer Kultisti, and you can play it for free in any web browser. The curses are all brilliantly imaginative, and I dig how different combinations of them can result in many different forms of hell to navigate. It's a simple game at its core, but one I find myself coming back to again and again. I suck at it, but if you're the kind of person who revels in the relentless challenge of games like Super Meat Boy, you'll probably love it even more.