You are here:
Home / Cuphead: How To Unlock Secret Boss Phases

The bosses of Cuphead are the main stars of the game. Although there are some run-and-gun levels, they take a backseat to the chaotic and difficult bosses you'll need to defeat to progress through the game. Each boss has several forms, and in Regular mode, the minimum number is three — with each phase alternating between extremely long and extremely short.

To move between the phases you simply need to deal enough damage to the boss. However, there are a certain number of bosses across the base game and DLC that have Secret Boss Phases that can be triggered under the right conditions. 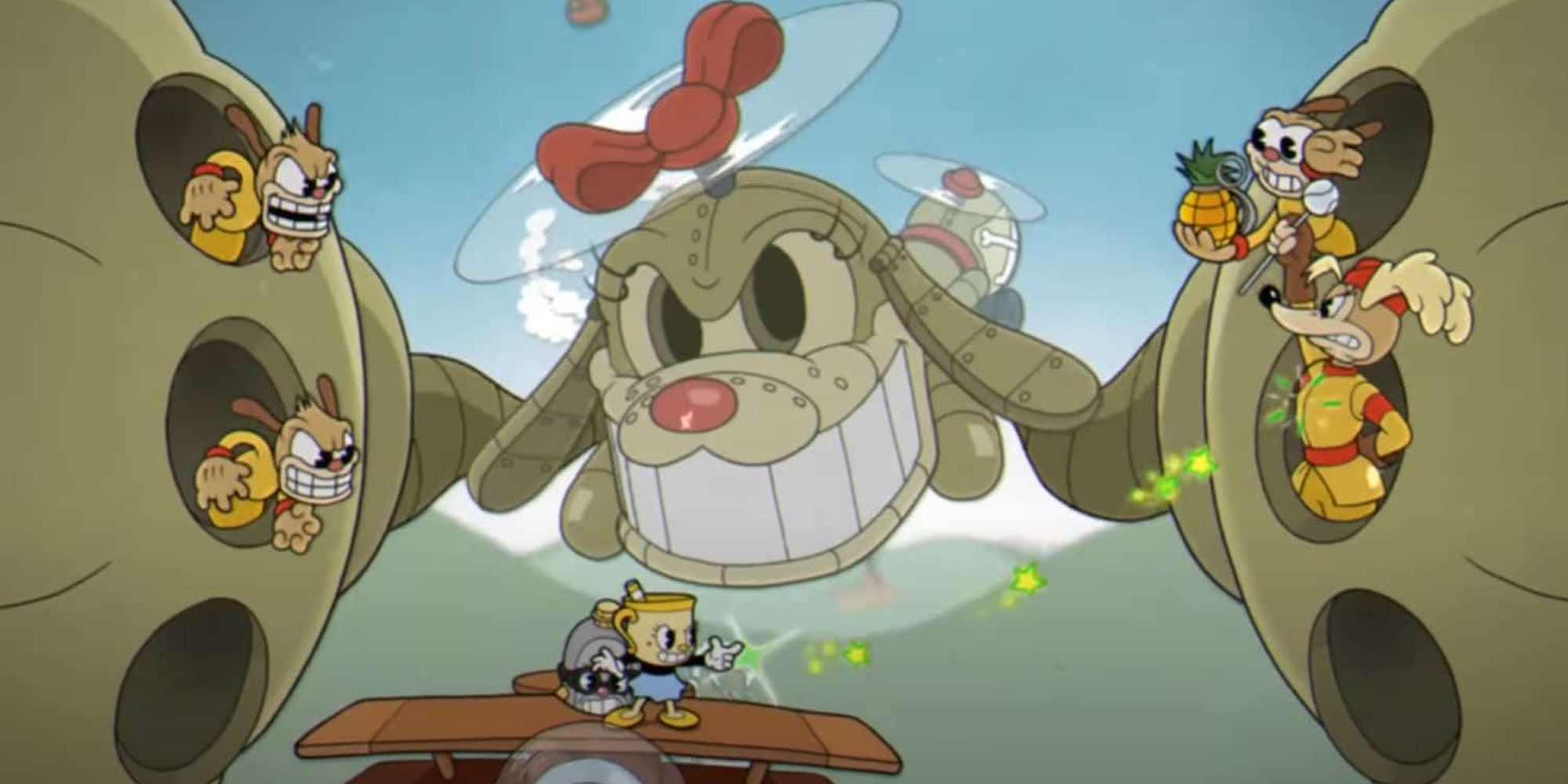 With the addition of The Delicious Last Course DLC, there are now four bosses that have a Secret Phase. These are The Root Pack, Djimmi The Great, Sally Stageplay, and The Howling Aces. There's also a whole Secret Boss Fight to unlock on Isle IV. The Secret Boss Phase can only be found in Regular or Expert Mode. 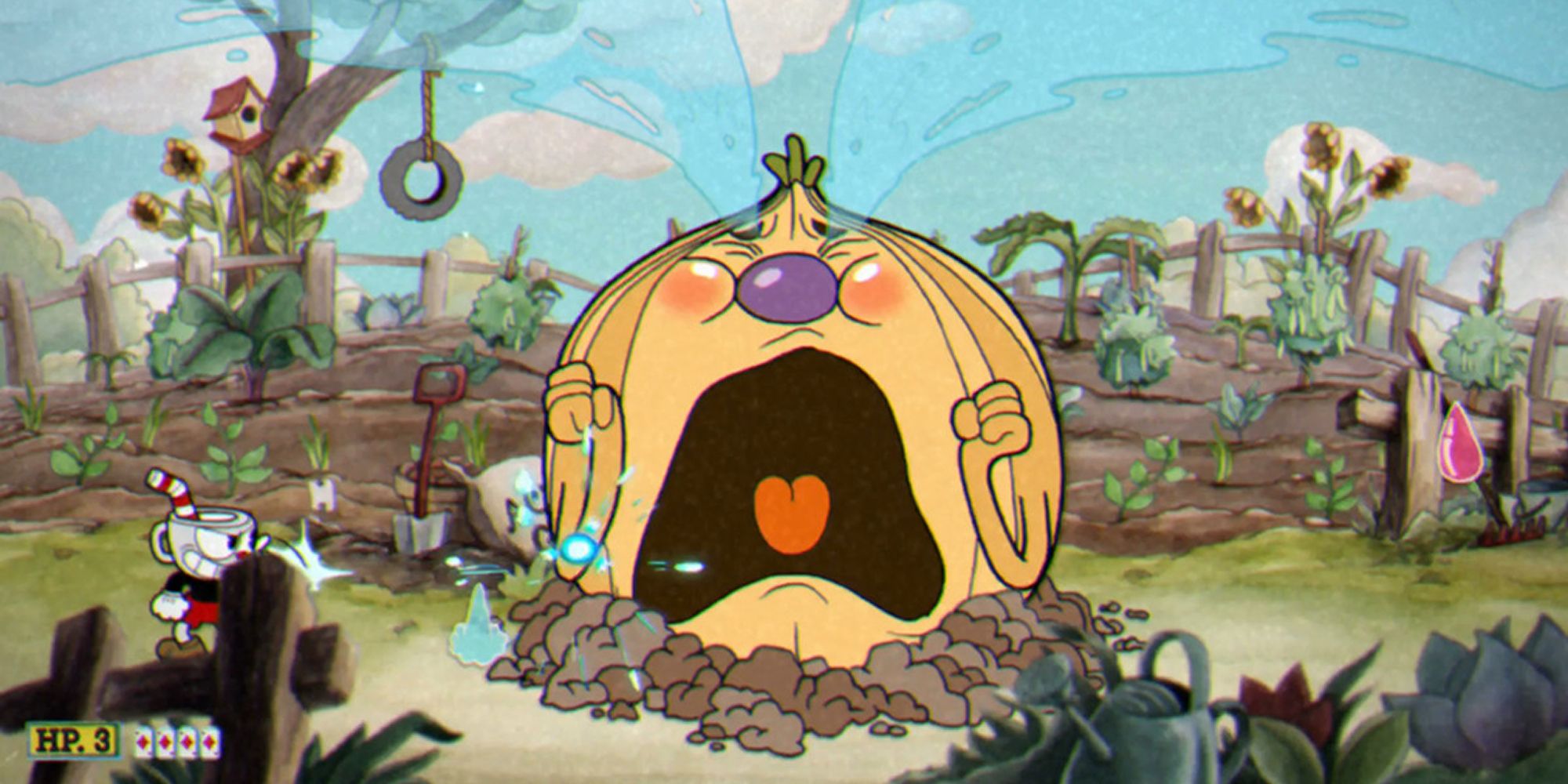 As one of the first bosses encountered, the Root Pack is quite easy to handle. Progress through the fight as normal until you defeat the Potato and move on to the Onion. Whatever you do, DON'T attack the Onion once it appears.

After a few seconds, it will smile before disappearing into the ground. The Carrot will then appear as normal along with another vegetable, a small Radish which will spin back and forth across the ground. You'll have to beat both to finish the fight.

The Djimmi The Great Secret Phase 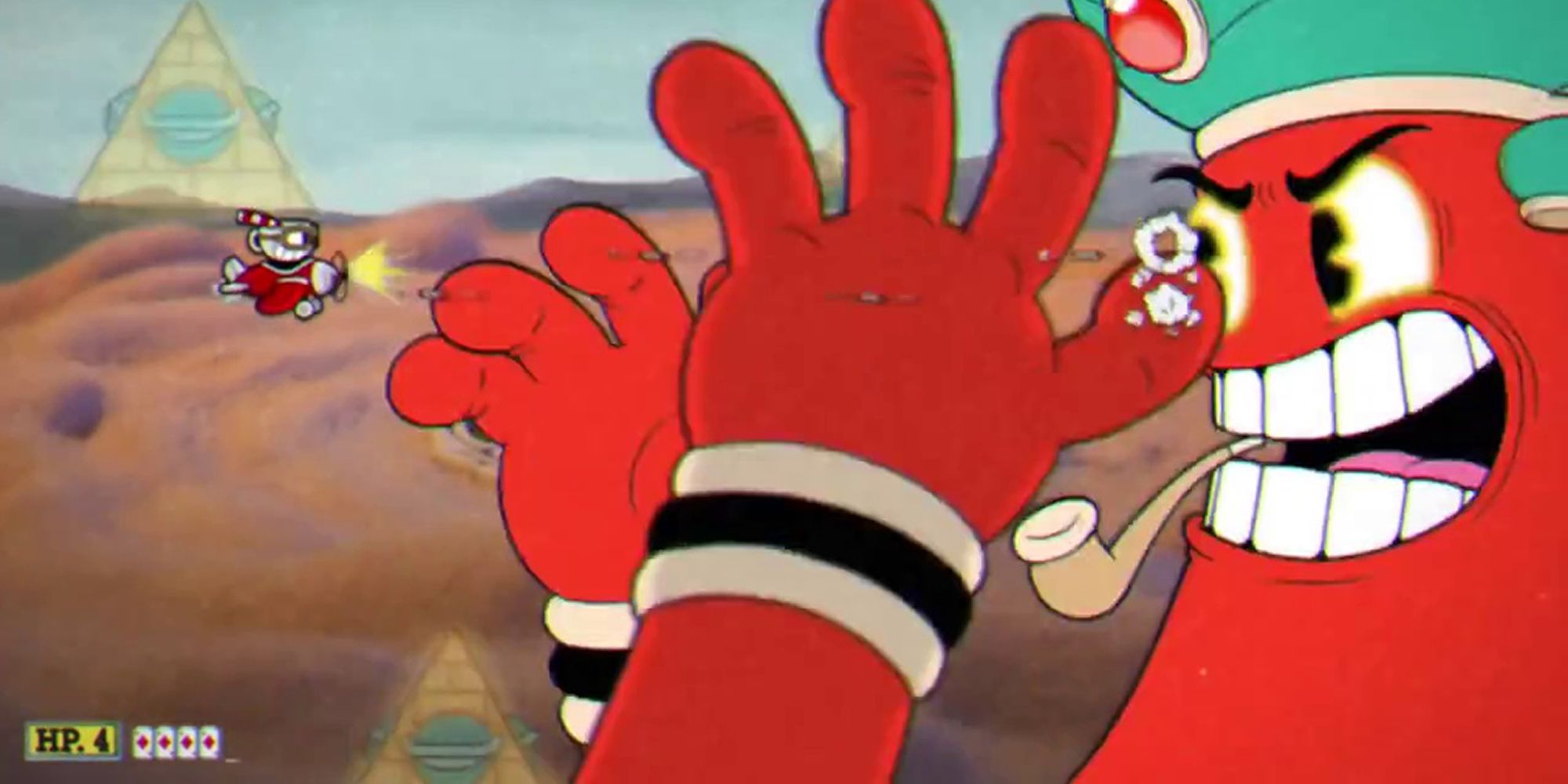 This genie is notable for having more phases than any other boss. To unlock the secret phase, you'll need to make it to the fourth phase of the fight. Once there, Djimmi will appear and begin meditating with a spiral around his head. Switch to mini-plane mode while he does this until a light bulb appears on his head.

He'll summon a smaller Cuphead puppet to hang in the middle of the pyramid circle while he takes up the right side of the screen. The puppet will periodically shoot small projectiles directly at you and can be destroyed with enough damage. 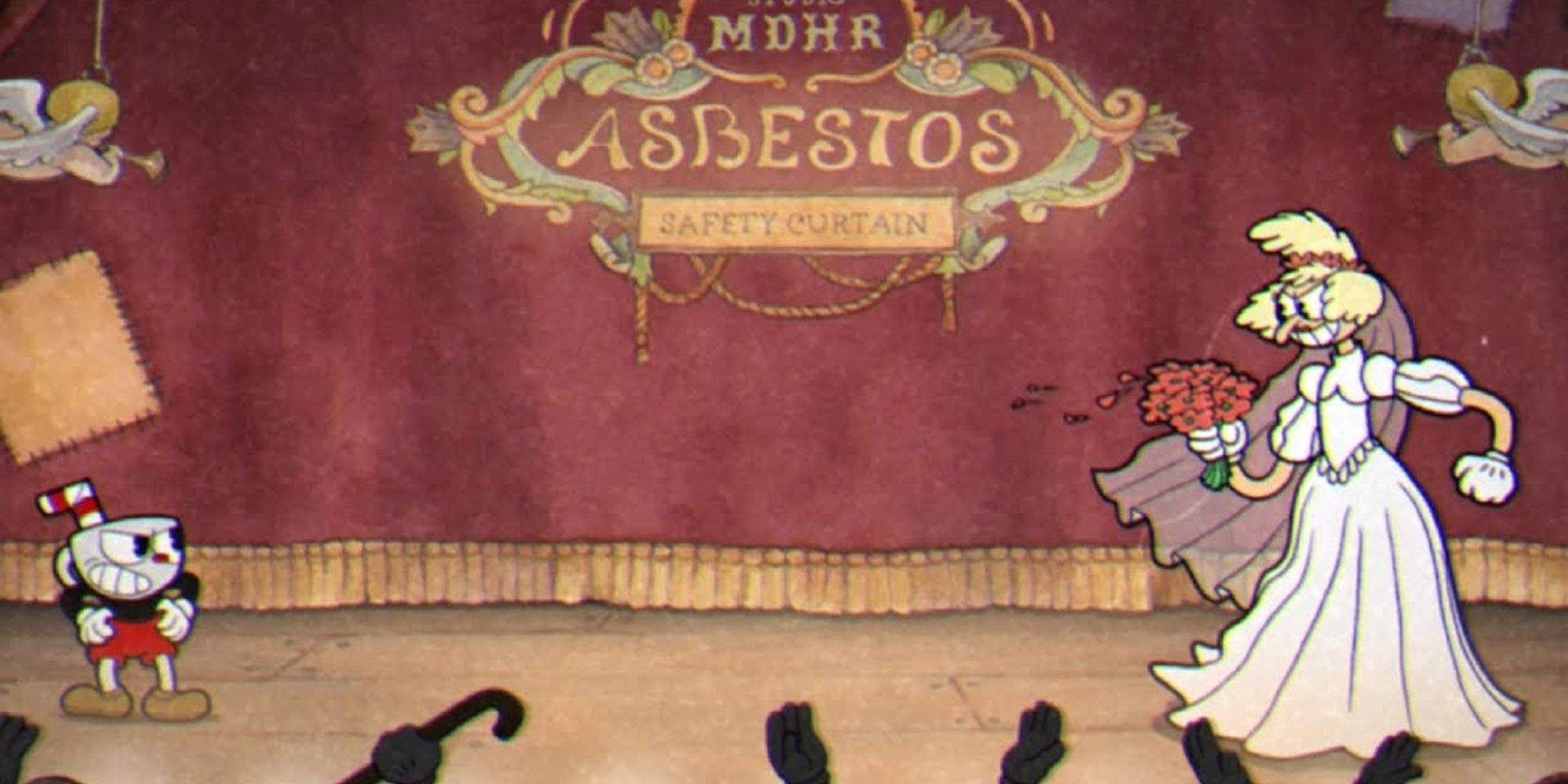 Taking place in a theater, there are lots of props and scenery in play. In the first phase, Sally will jump around and throw things at you. When she blows a kiss, Parry the heart, so you can jump onto the cherubs on either side and stand on them until they descend to a certain point. Do this to both to crush the groom in the background.

The fight will progress as normal until the god phase where Sally will be joined by the groom in god form. He adds an extra attack to the phase by occasionally lifting grapes to summon a baby to throw a fake fireball which travels along the ground. 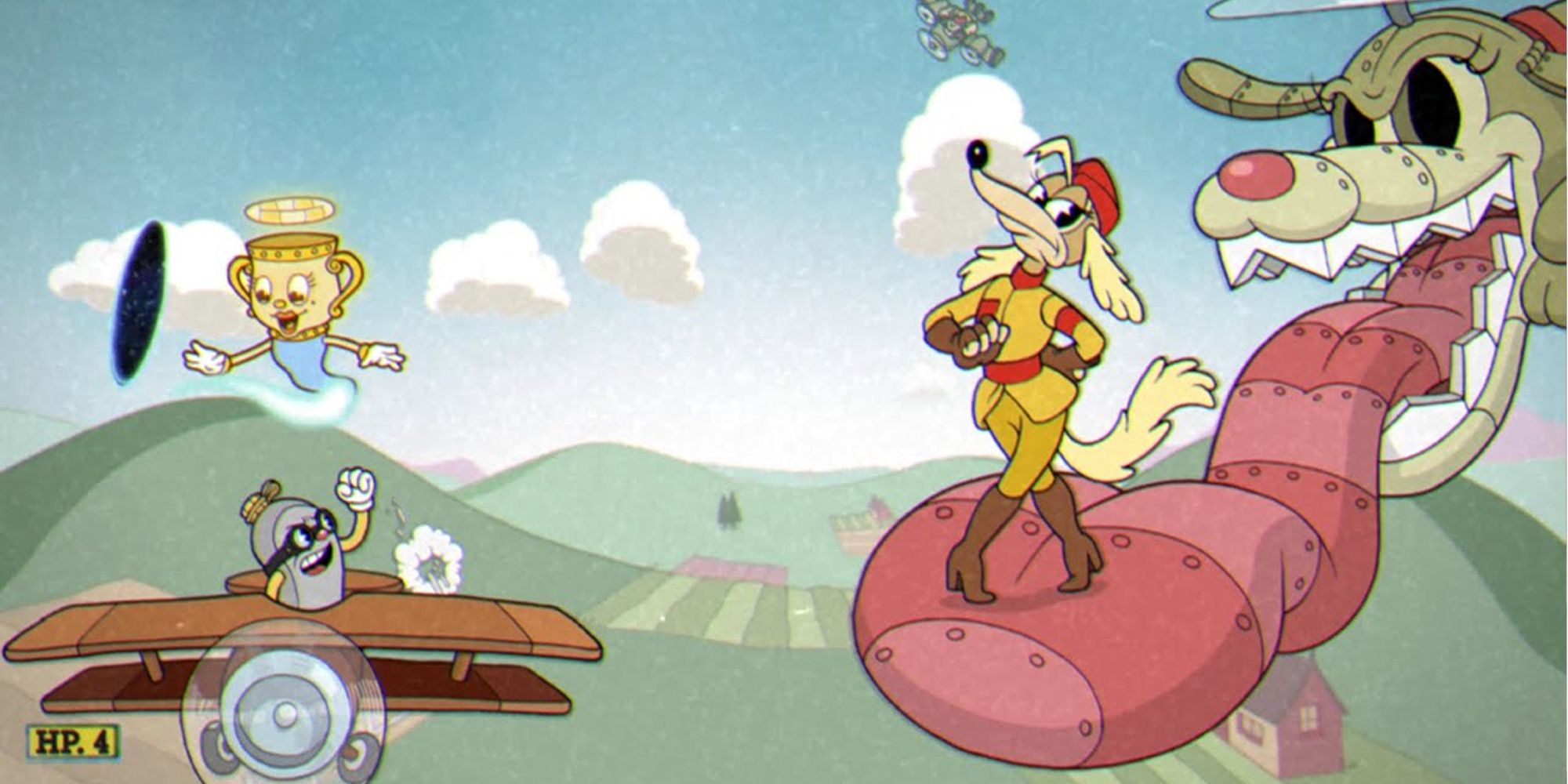 Introduced in The Delicious Last Course, this is another group boss fight. After you take out the first pilot, the smaller pups will fly out and around you in a circle shooting projectiles. You need to attack them until their smoke trails turn from white to dark gray. Try to use low-damage weapons like the Chaser to avoid accidentally killing them.

After some time, the large dog plane will arrive and eat them all. This will lead into a new phase where the pups will appear from holes on the sides of the plane and throw pineapples at you. The leader will also periodically appear in order to launch a hydrant missile at you. You can focus fire on the leader and the pups to win the battle.